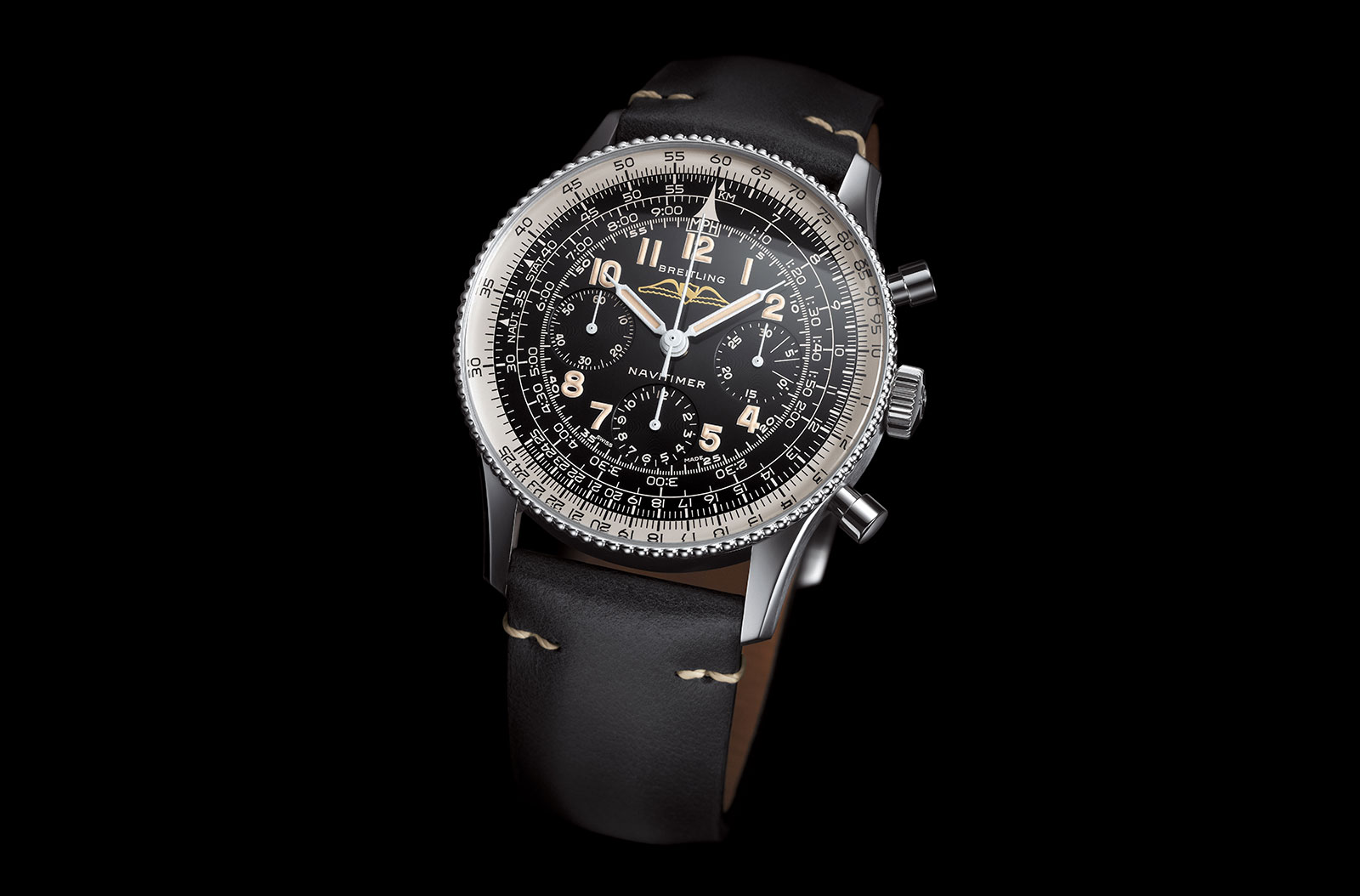 It was probably inevitable that Breitling would eventually do it, and so it has. The watchmaker has just announced a faithful remake of the first generation Navitimer, the pilot’s chronograph equipped with a slide rule bezel that’s the quintessential Breitling.

Already hinted at during the Breitling launch events in 2018, the Navitimer Ref. 806 1959 Re-Edition is a limited edition that is  faithful replica of a 1959 example. The steel case is 40.9mm in diameter and 13.43mm high, with the same slim case band and faceted lugs as the original. More crucially, the bezel has a “beads of rice” edge made up of 94 beads, just as it was in 1959 (although the number varied across the years). While the aesthetics are unchanged, the case has a useful 30m water-resistance rating. And the dial has a glossy black finish with ivory-tone Super-Luminova. The winged shield at 12 o’clock is actually the logo of the Aircraft Owners and Pilots Association (AOPA), but sans “AOPA” within. This is how it was on watches sold in Europe; only timepieces destined for America, the home of the AOPA, had the complete logo. The dial sits underneath a domed acrylic crystal, exactly as on the original, and a departure from the modern norm, which is to have domed sapphire crystals. But the remake has one major upgrade: inside is Breitling’s very own Caliber B09. It’s a COSC-certified, hand-wound movement based on Breitling’s in-house and automatic Caliber 01. That means a 70-hour power reserve, as well as the standard features in a modern chronograph movement, a column wheel and vertical clutch. In contrast, the original Navitimer ref. 806 of 1959 was powered by a Venus 178 (though the earliest examples from 1954 and 1955 were equipped with a Valjoux 72).

With Breitling insiders having hinted that historical remakes will be an annual affair, the company also confirms that, noting the Caliber B09 “will power many of the other hand-wound historical re-editions to come”. The remake (left) and an original.