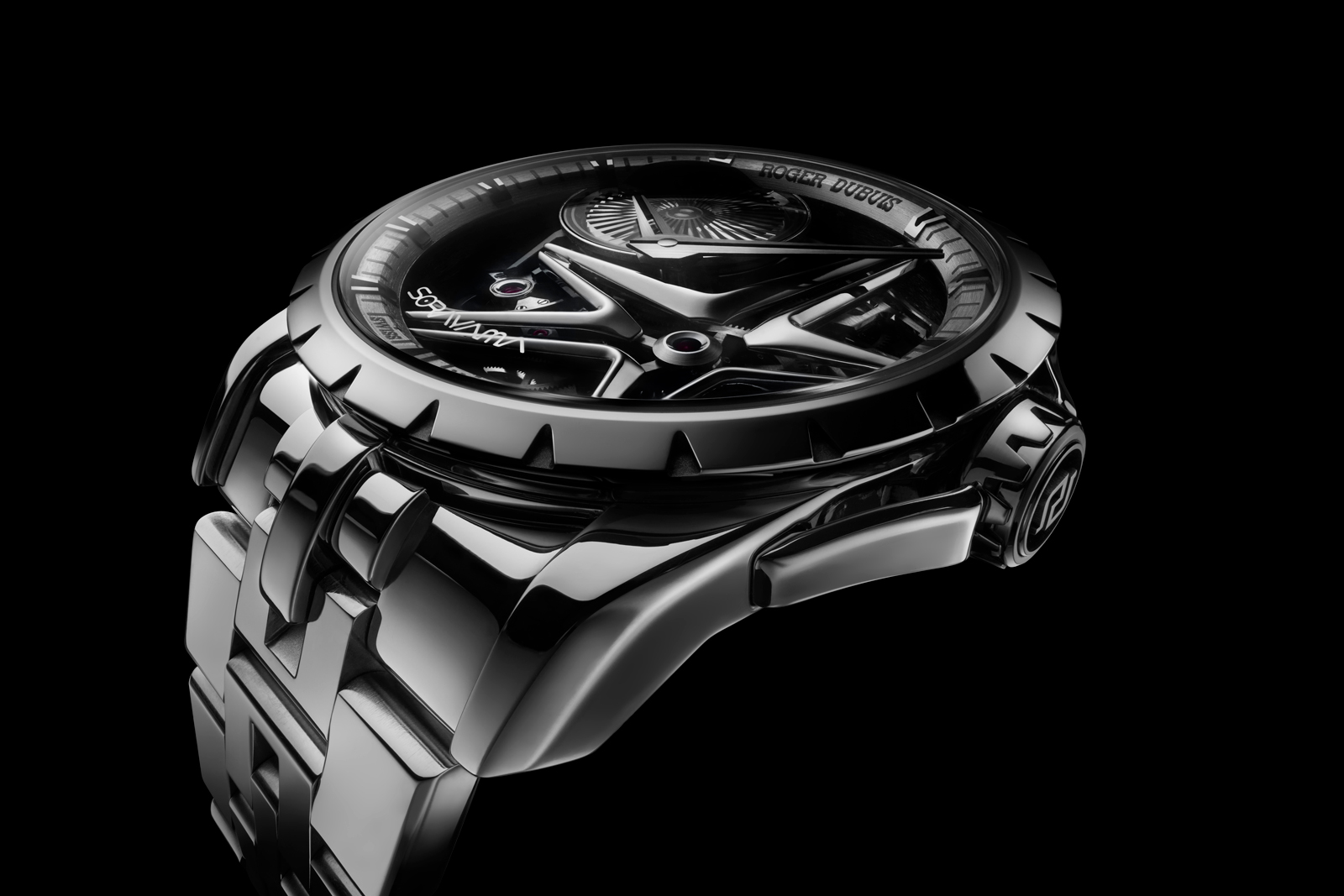 Having made it a point to collaborate with contemporary artists – last year the brand recruited tattooist Dr Woo to design a watch – Roger Dubuis has now turned to Hajime Sorayama.

Best known for his mirrored, metallic female robots – which were the centrepiece of Dior’s 2019 men’s collection – the Japanese illustrator applied his aesthetic to Roger Dubuis’s signature time-only wristwatch to create the Excalibur Sorayama Monobalancier. 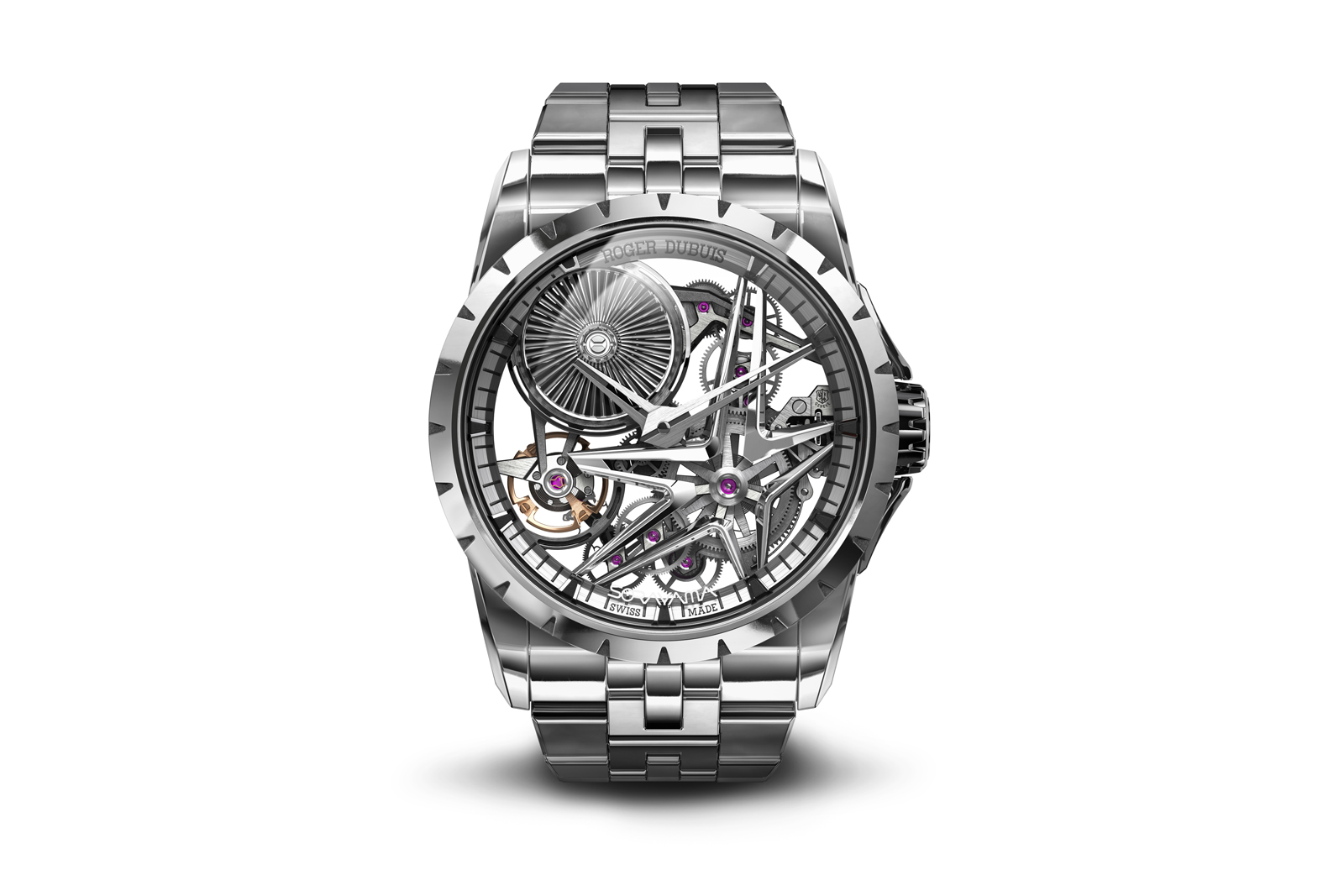 The Excalibur is perhaps the quintessential face for the Roger Dubuis of today. Skeletonised and sharply sculpted, the watch – as well as its movement – have been reworked by Mr Sorayama in the manner of his trademark robot drawings. Both the watch case and movement gain the rounded, mirror-polished finish that define Mr Sorayama’s work, which extends to depictions of Mickey Mouse and dinosaurs. 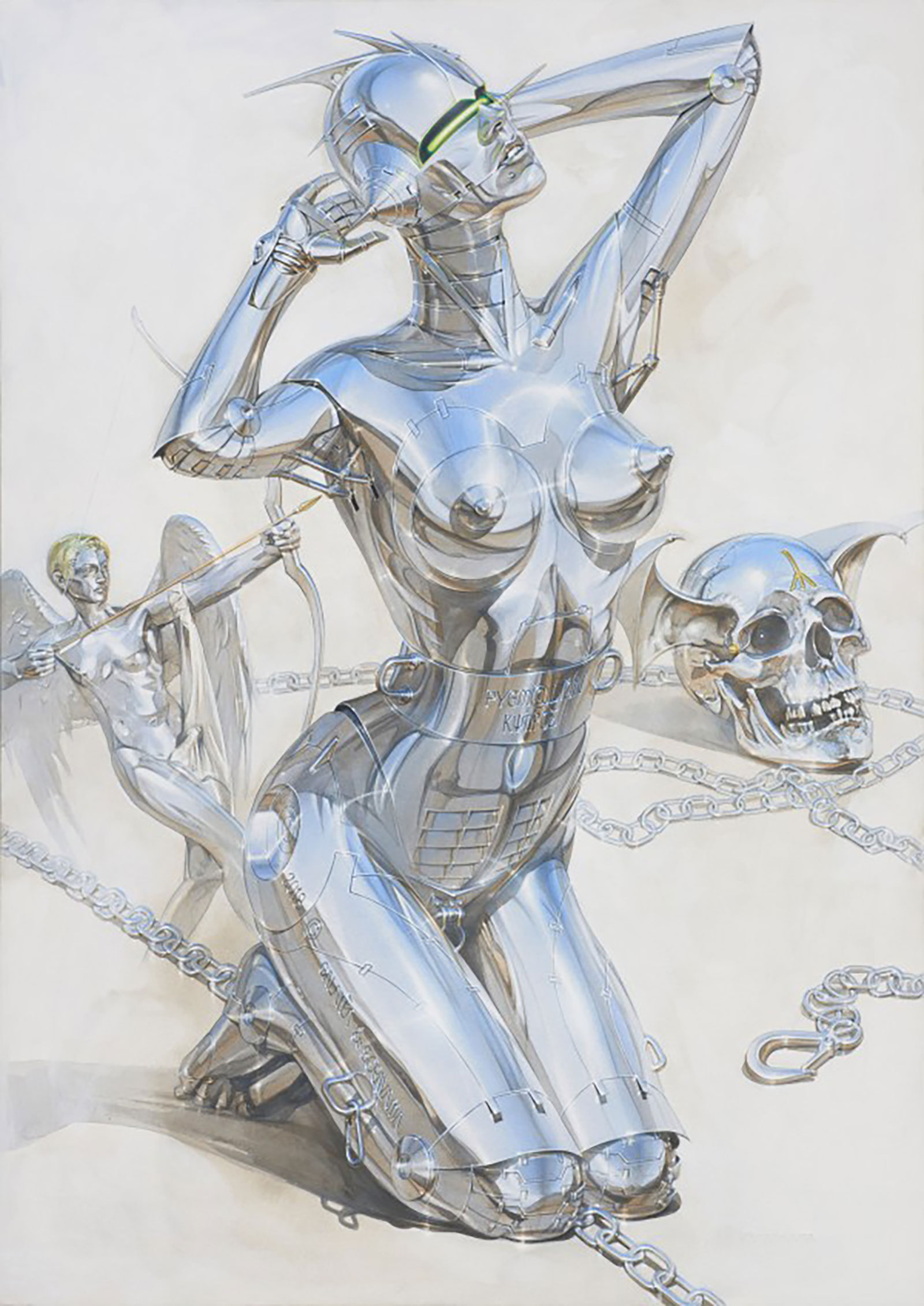 Roger Dubuis’ current offerings are ultra-modern timepieces that are done well in both construction and finish, but they are often overshadowed by their traditional predecessors. That’s a shame because watches such as the Monobalancier are amongst the better examples of a sporty, skeletonised watch.

Already original and creative in both the movement and case, the Monobalancier is now made more appealing with the Sorayama touch. The artist has given the watch a makeover that’s subtle yet significant, reshaping some elements and giving most of the rest a polished and rounded form. The trademark Roger Dubuis star-shaped bridge, for example, has been made more sculptural and entirely mirrored. The result still has looks like an Excalibur, but one that’s different, with greater depth in its movement. 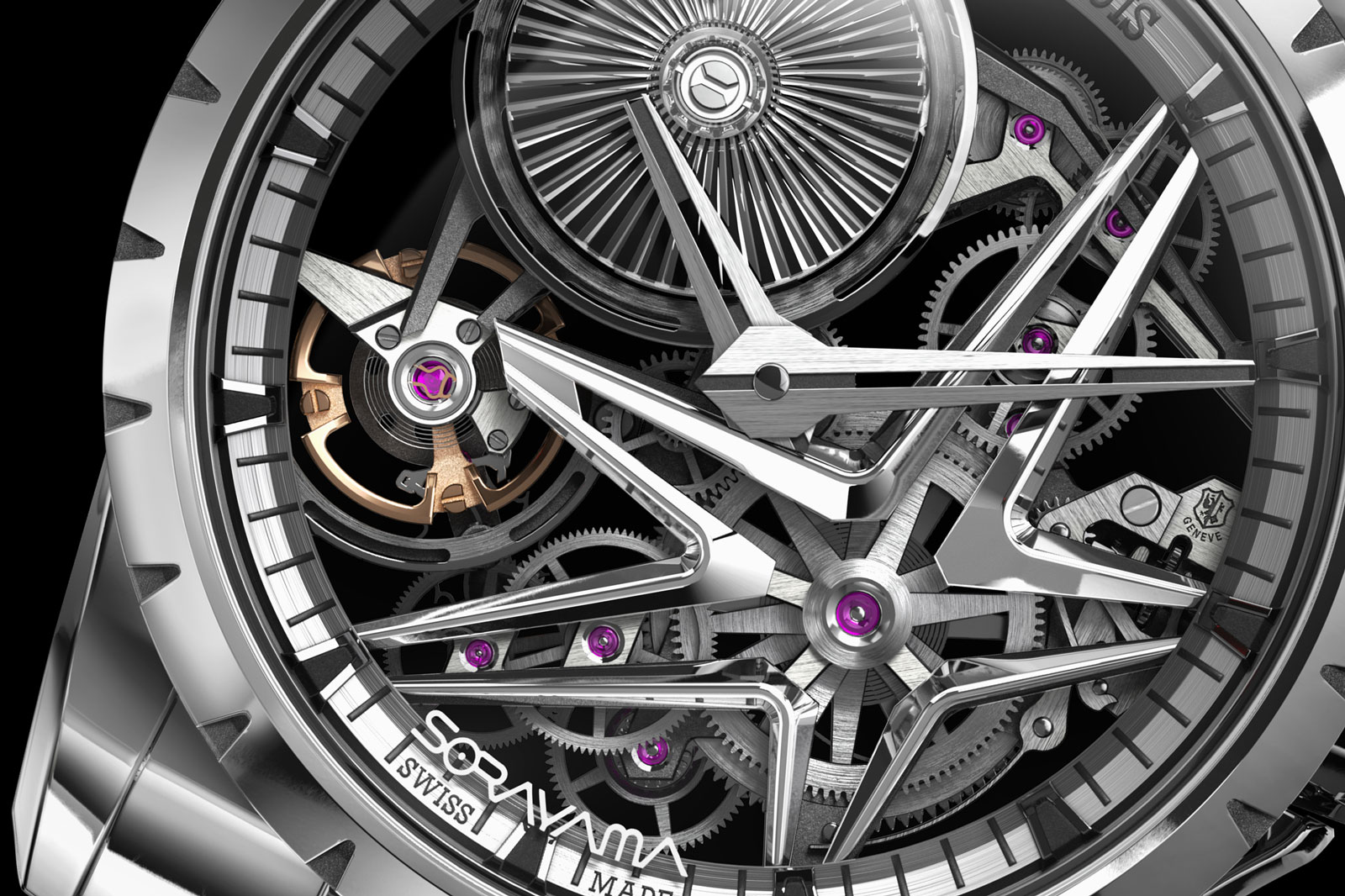 The Sorayama edition also sports several features that are new for the brand, such as the fully-polished titanium bracelet equipped with a quick-release mechanism for easy interchangeability with a strap.

At US$64,500, the 28-piece Sorayama edition is reasonably priced, both when compared against high-end, sporty skeleton watches as well as the brand’s other offerings. In fact, it costs less than the Excalibur Spider Pirelli, which also had a titanium case but lacked the bracelet. 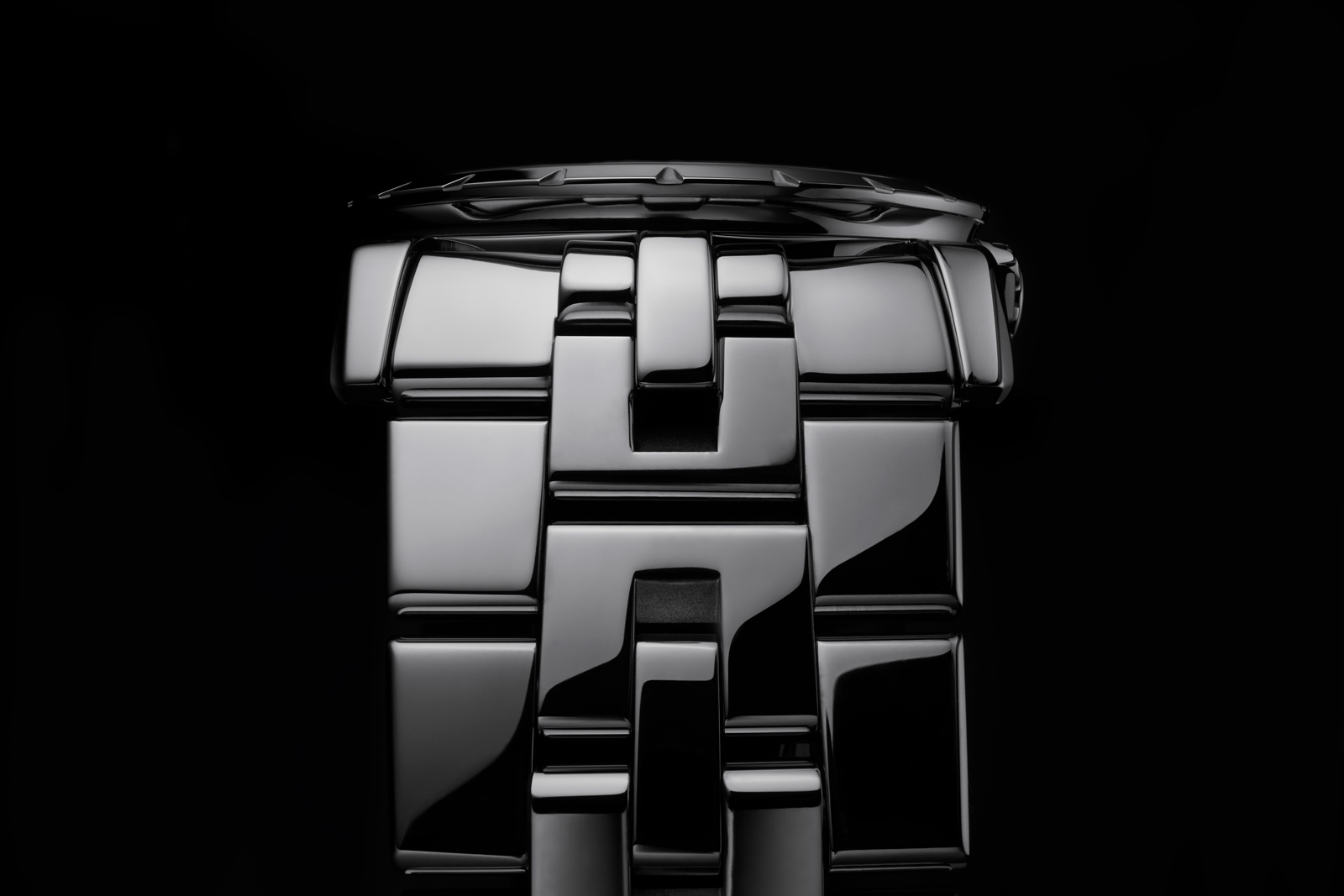 The case dimensions of the Sorayama edition are identical to that of the standard model, so it’s a wide 42 mm in diameter but thin on the wrist. It also lives up to its sporty looks with a water resistance rating of 100 m.

Even though the case has been given the Sorayama treatment with its many mirror-polished surfaces, the key feature is the movement. Already airy in its standard form due to the slender, minimal bridges, the RD720SQ within the new Monobalancier contrasts with the dense, intricate appearance of most automatic skeleton movement, like that in the Royal Oak Extra-Thin Openworked for instance. And thanks to the Sorayama makeover, the movement in the new Monobalancier is even more sleekly skeletonised.

Here the bridges stand out even more than on the standard model, with the centrepiece being the five-armed star that spans the dial. With its raised, contoured profile and mirror-polished surface, the star bridge gains even greater contrast against the rest of the movement.

Perhaps the most recognisable element of Roger Dubuis’ design, the star-shaped bridge is a notable feature as figurative bridges are uncommon in modern-day skeleton watches, which tend to be either traditionally engraved or highly mechanical in appearance. A similarly interesting but perhaps more sophisticated implementation of the figurative bridge are the Roman numerals that form the base plate of Cartier’s skeleton movements. 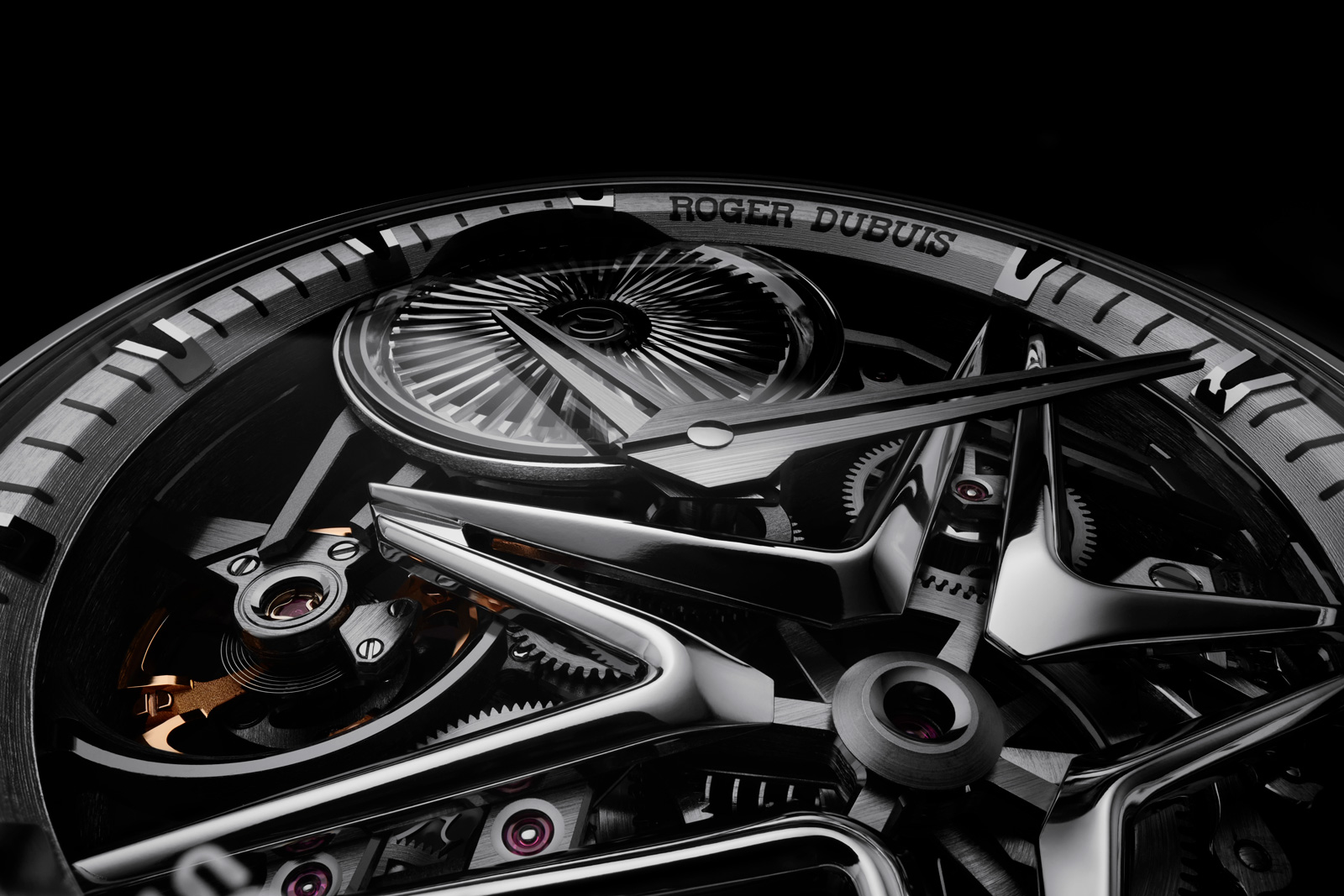 Next to the bridge is the redesigned micro-rotor that now takes the form of a turbine with densely spaced blades. Also a “mystery” rotor since its weighted half is hidden, the micro-rotor will create a near-hypnotic visual effect when its spins freely (only in the direction that doesn’t wind the movement), which certainly adds to the hyper-modern aesthetic of the watch.

In terms of technical performance, the RD720SQ ticks all the boxes. It runs at 28,800 beats per hour, or 4Hz, a high frequency that’s suited to a sports watch. Notably, the power reserve is a generous 72 hours. And as is usual for Roger Dubuis, the movement has been decorated in an attentive, careful fashion – albeit with the aid of hand-held mechanised tools – to qualify for the Poincon de Geneve hallmark of quality. 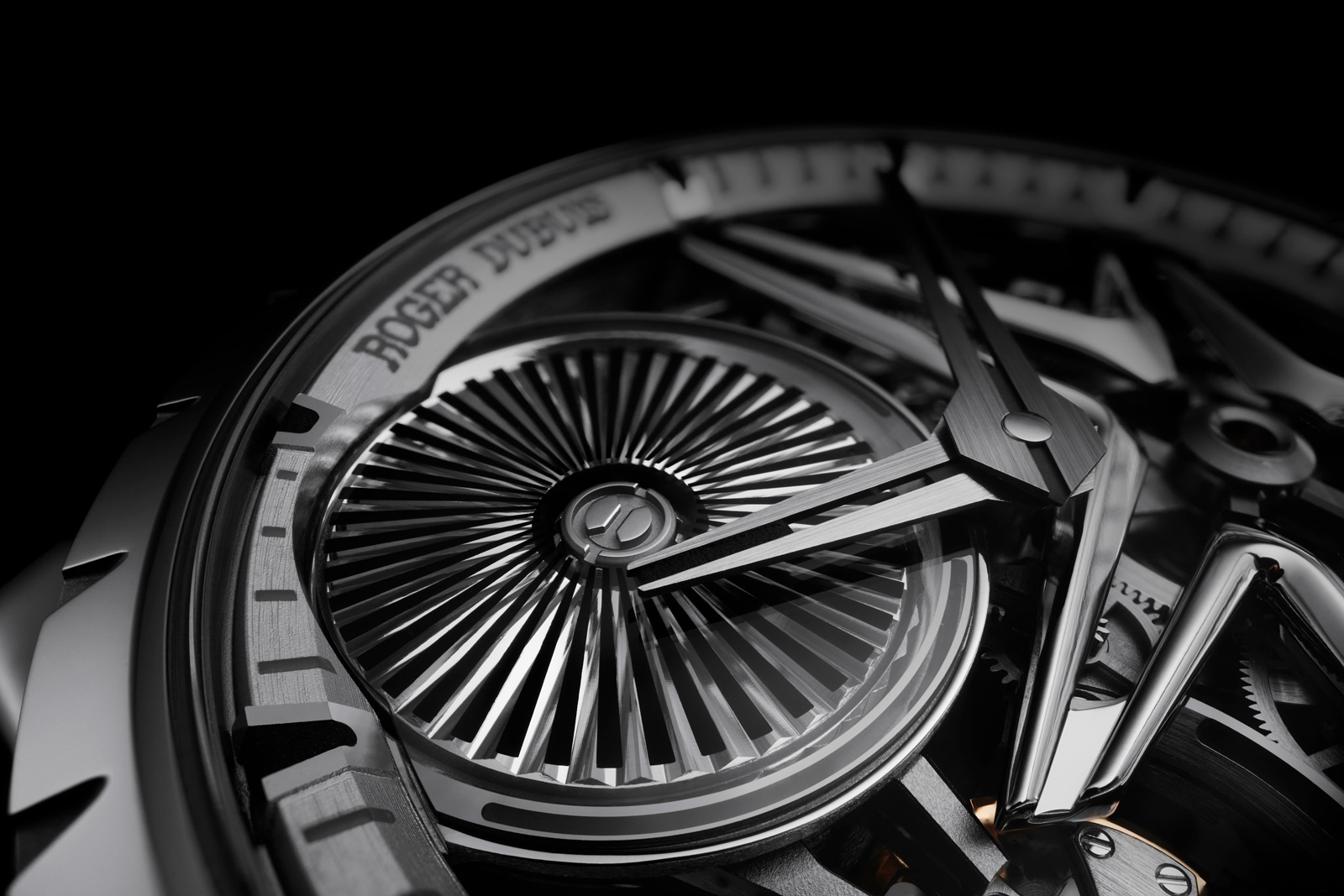 Limited edition: 28 pieces
Availability: Starting in Japan before arriving in other countries
Price: US$64,500, or 93,000 Singapore dollars