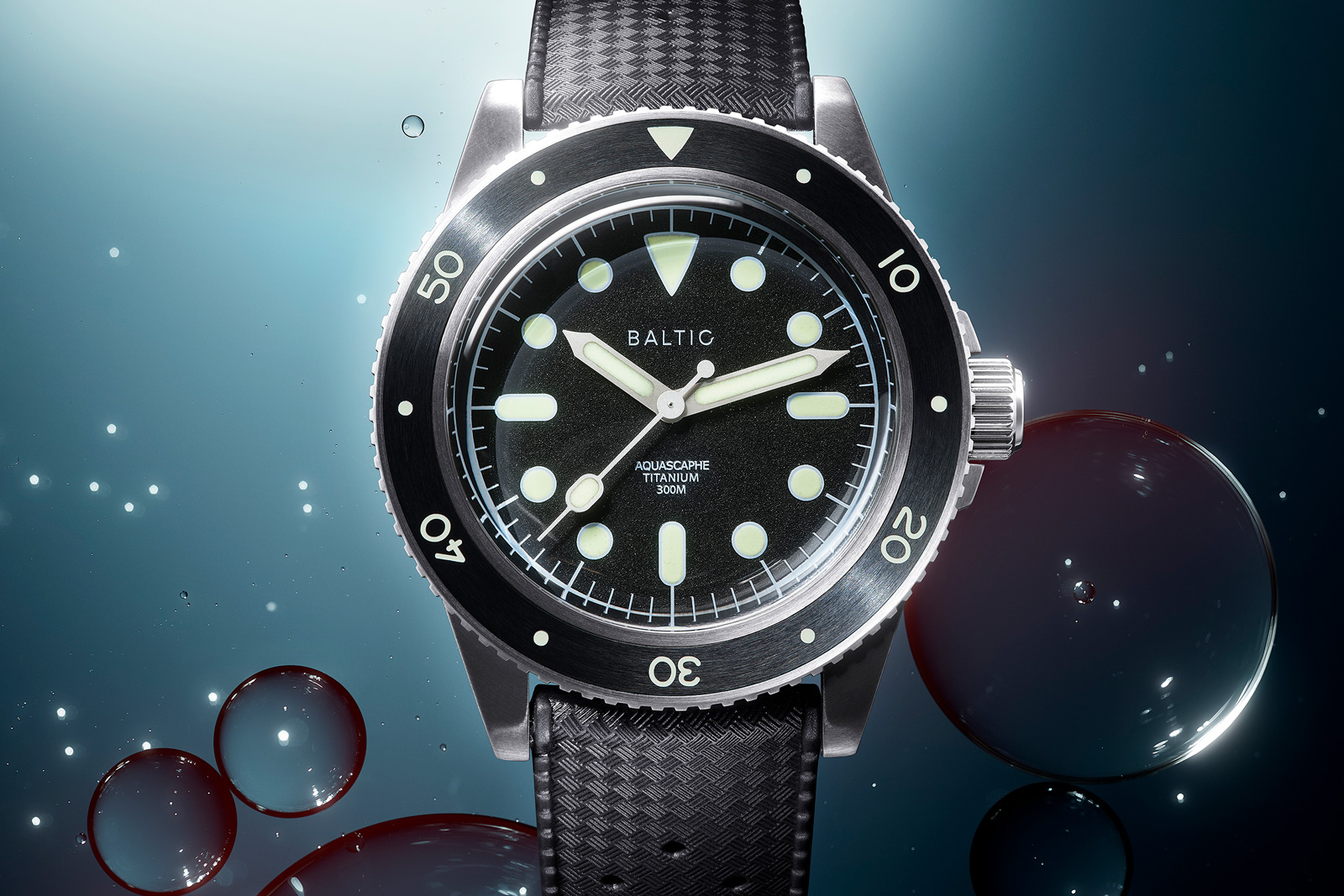 While still clearly vintage-inspired in terms of aesthetics, the Aquascaphe Titanium does better than its predecessor in terms of materials, construction, as well as water resistance. The result is a more substantial watch that’s pricier but still value minded. 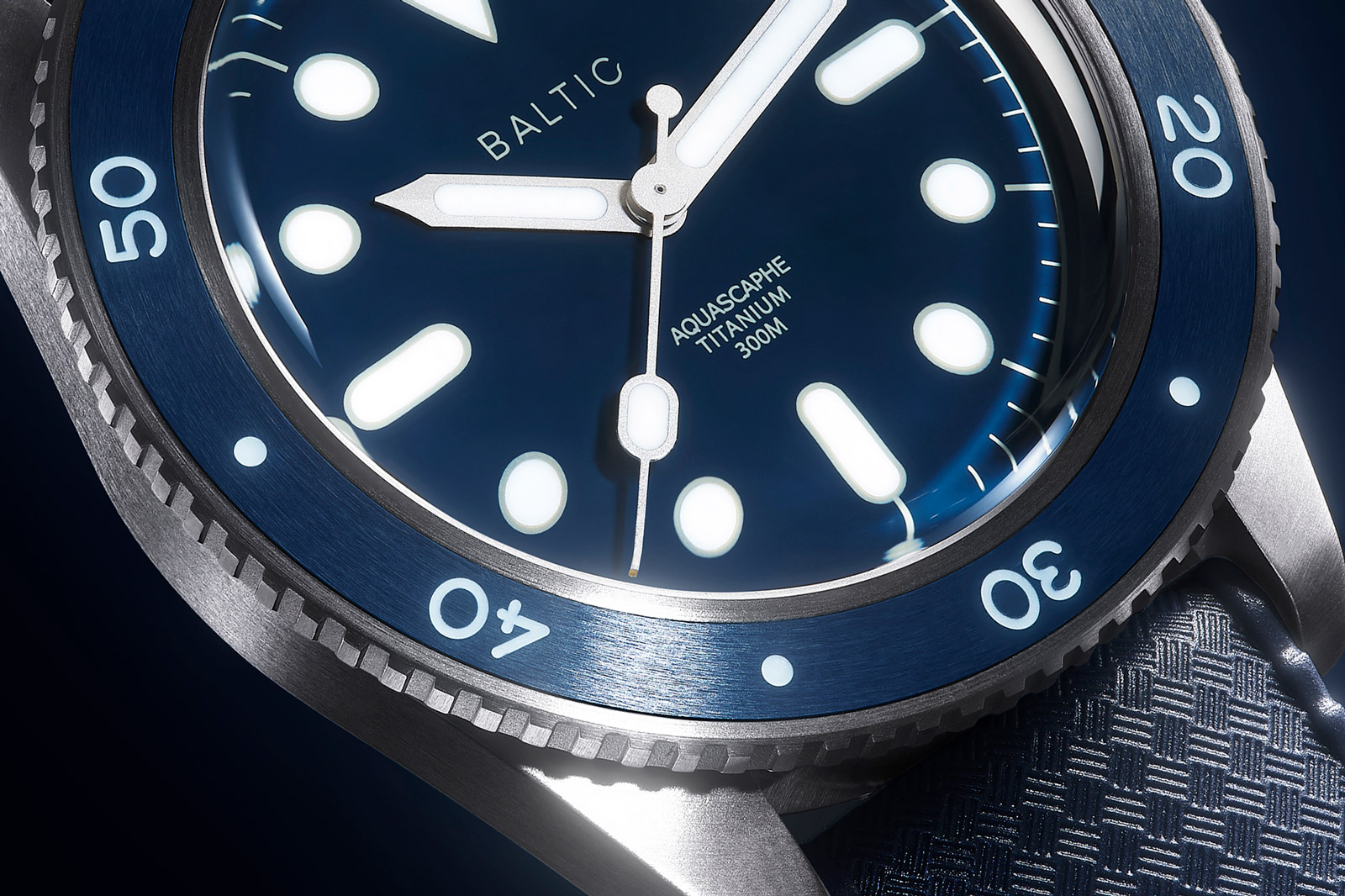 The bezel insert is brushed ceramic with luminous markings

For a brand that’s heavily reliant on vintage watches for insrpaiton, the Aquascaphe Titanium is a welcome departure from its other offerings. Granted it still retains a retro feel, but does so with materials that are decidedly modern, namely ceramic and titanium.

On the subject of materials, one aspect that distinguishes the new Aquascaphe is the highly-domed sapphire crystal that calls to mind PlexiGlas found on vintage watches. Rarely found in modern dive watches at this price, most of which utilise flat crystals, the domed crystal results in slight visual distortion of the dial’s edges, which might not help legibility but certainly adds to the vintage feel.

Another key detail that contributes to the appealing vintage styling is the all-brushed finish on both the case and bezel, along with the tasteful typography, which speak to the brand’s attention to detail. 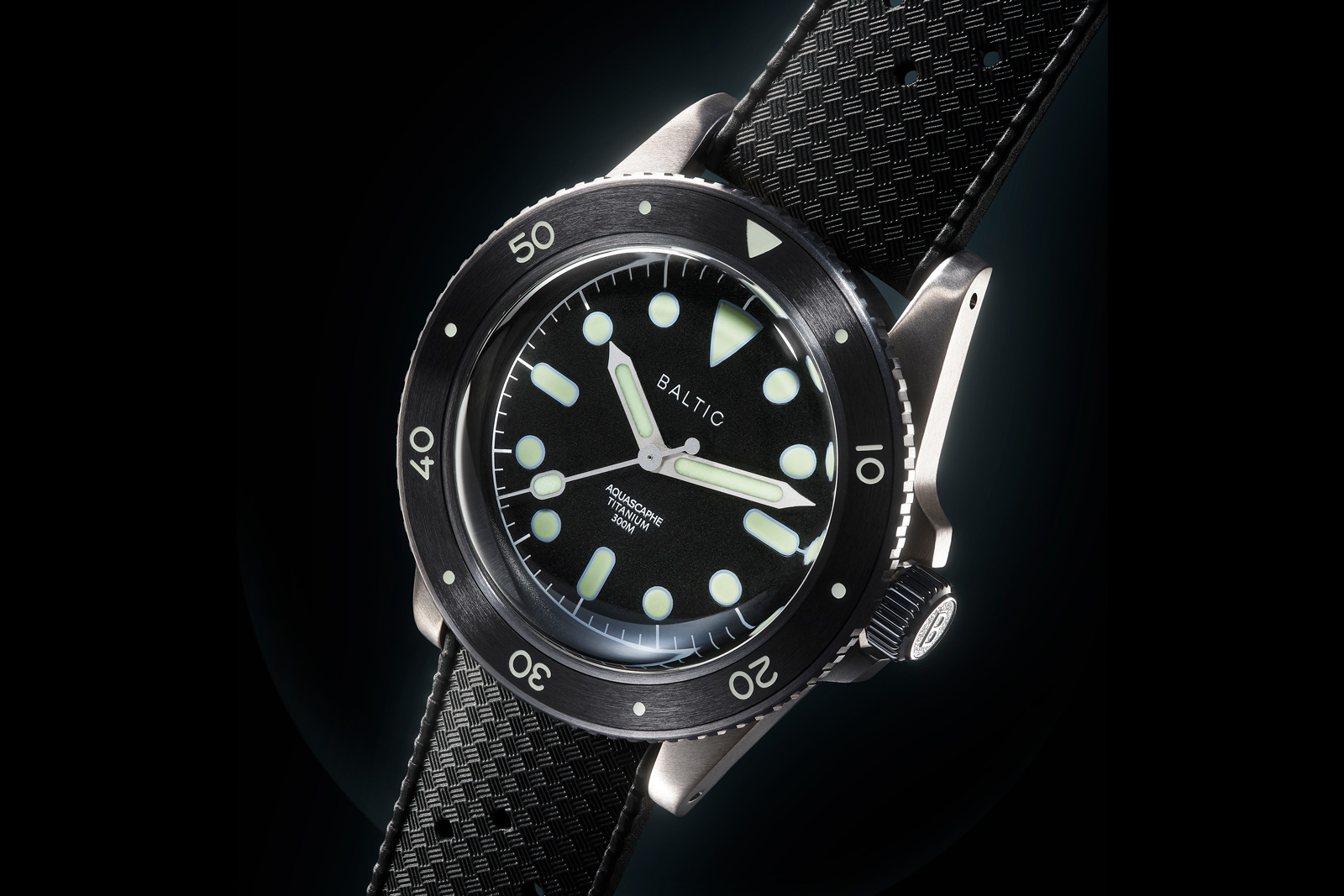 At the same time, the design that combines smart details with retro elements, which together set it apart from other offerings in this segment – which is admittedly a very crowded one. In fact, the Aquascaphe Titanium stands out quite literally because of its size. At 41 mm in diameter, it’s the brand’s largest watch to date. For those who appreciate the brand’s retro styling but found prefer a bigger case, this ticks all the boxes.

But as with Baltic’s other watches, a key point of appeal of the Aquascaphe Titanium is affordability and value. Priced at about US$720, it’s one of the most affordable dive watches to have both a titanium case rated to 300 m and ceramic bezel.

Though it retains the outline of the original Aquascaphe, the new model actually features an all-new case equipped with a crown guard, which the earlier version lacked.

Now in titanium instead of steel as before, the case is nevertheless finished in the same manner as its predecessor. It’s has a workmanlike brushed finish and the telltale surfaces that indicate it was stamped, as is to be expected at this price.

That said, the bezel and the crown appear unusually notably detailed. Both have sharp, defined lines on their respective knurled edges and alternating surface finishes, which gives the watch a more refined look. 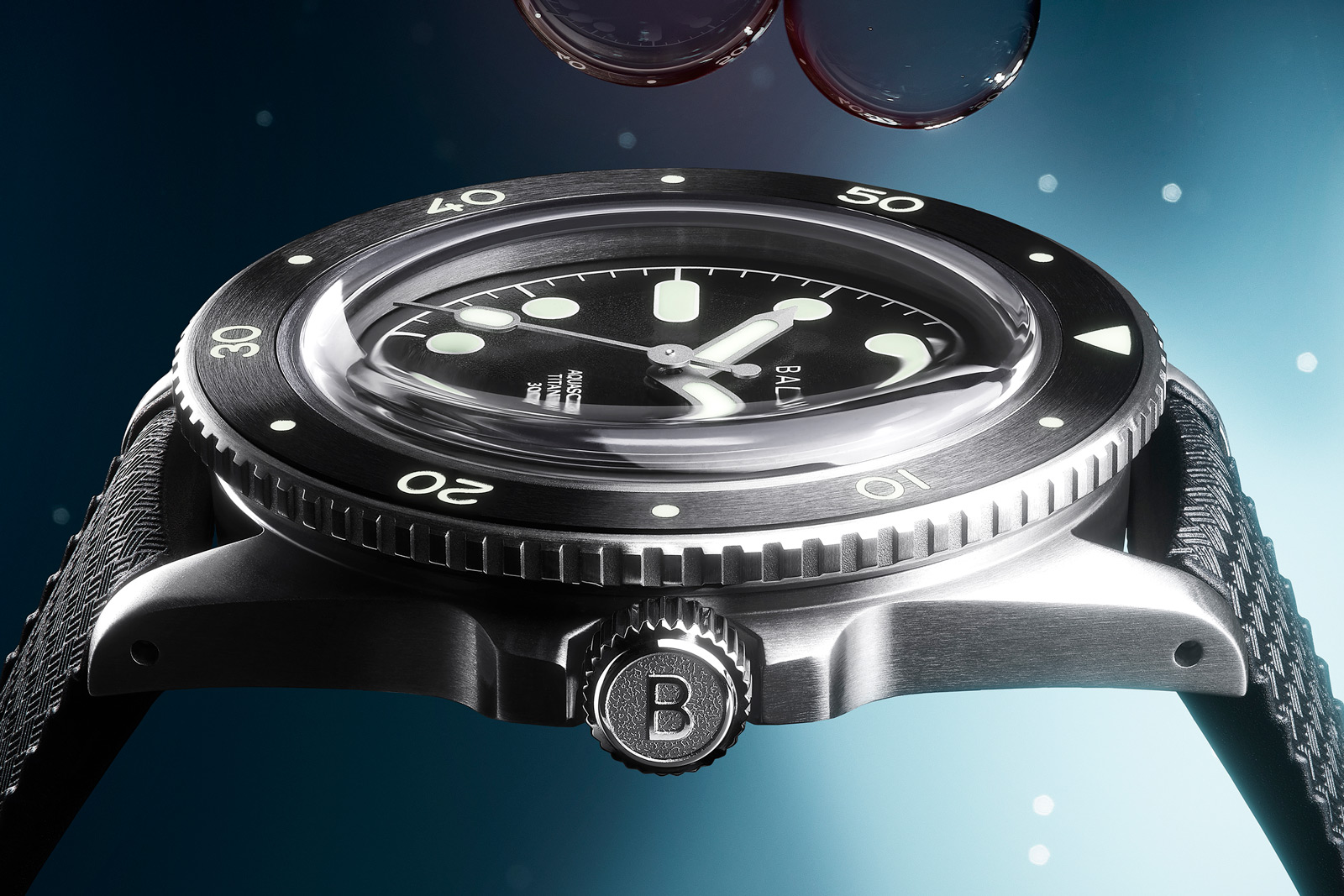 The bezel is slightly wider than the case, giving it bigger presence that’s suits its nature 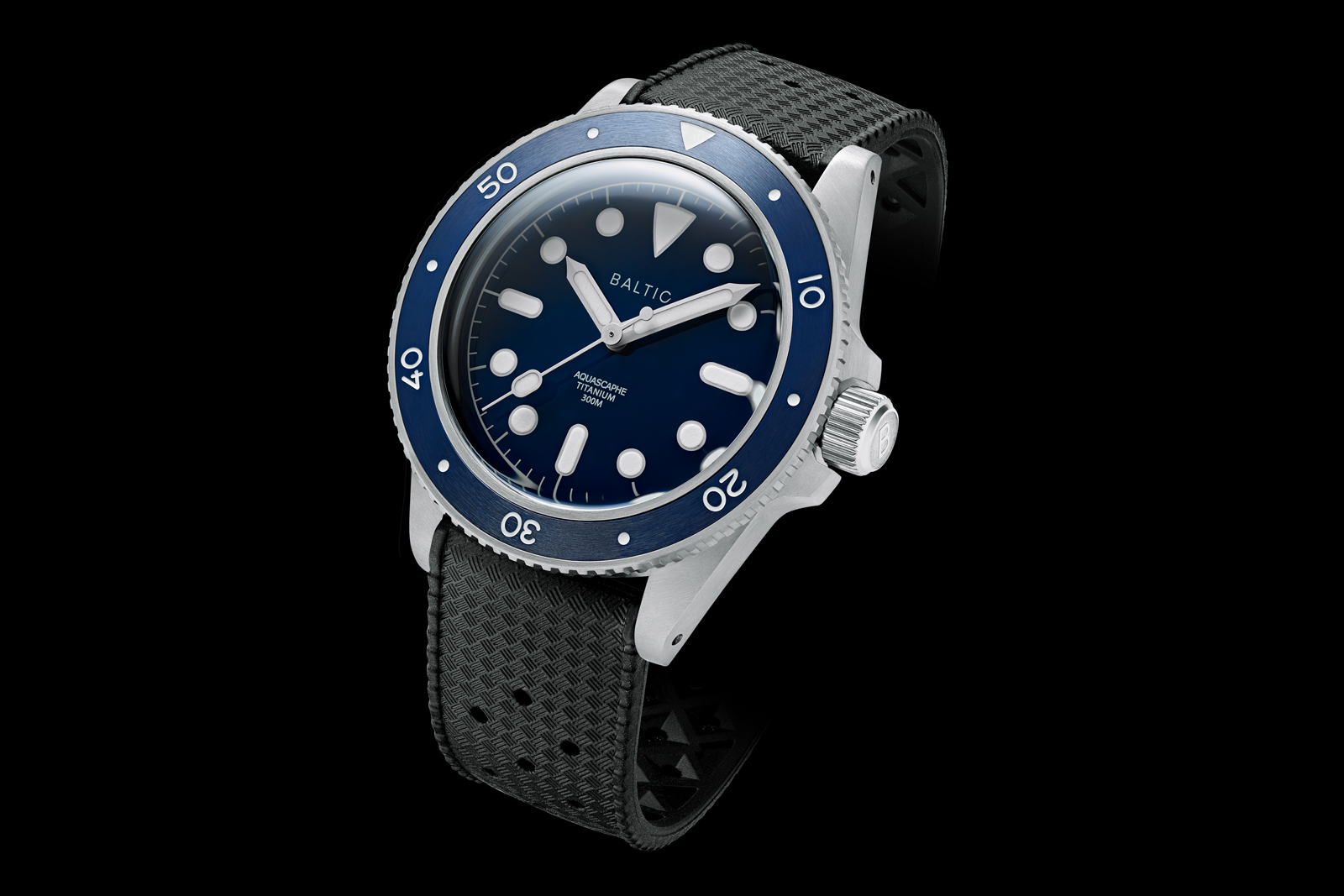 The Aquascaphe Titanium is available in either blue 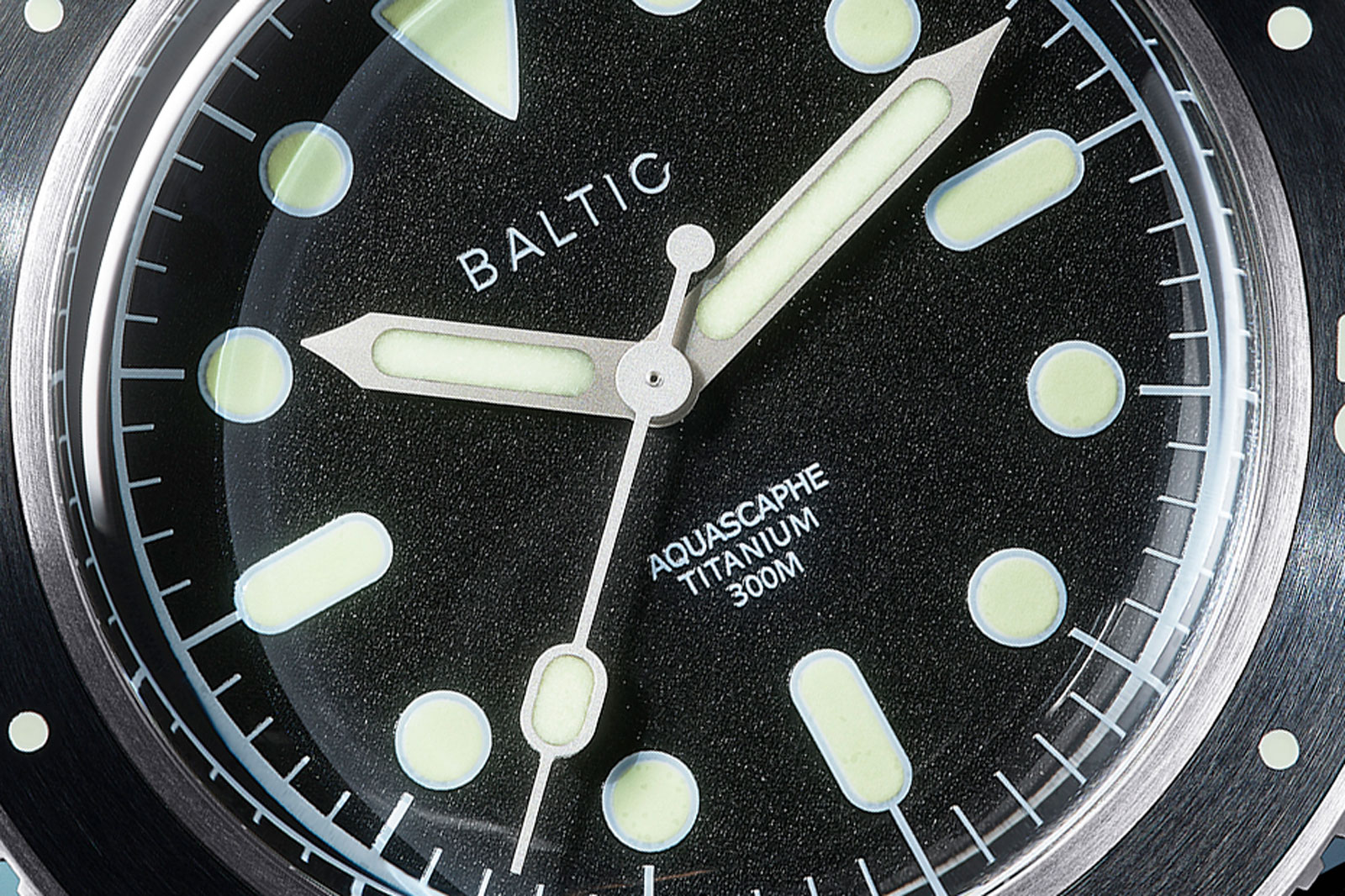 And in a first for the brand, the bezel has a ceramic insert, instead of the usual aluminium. It is concentrically brushed instead of glossy, while all its markings are engraved and then filled with luminescent paint, another notable detail in a relatively affordable watch. 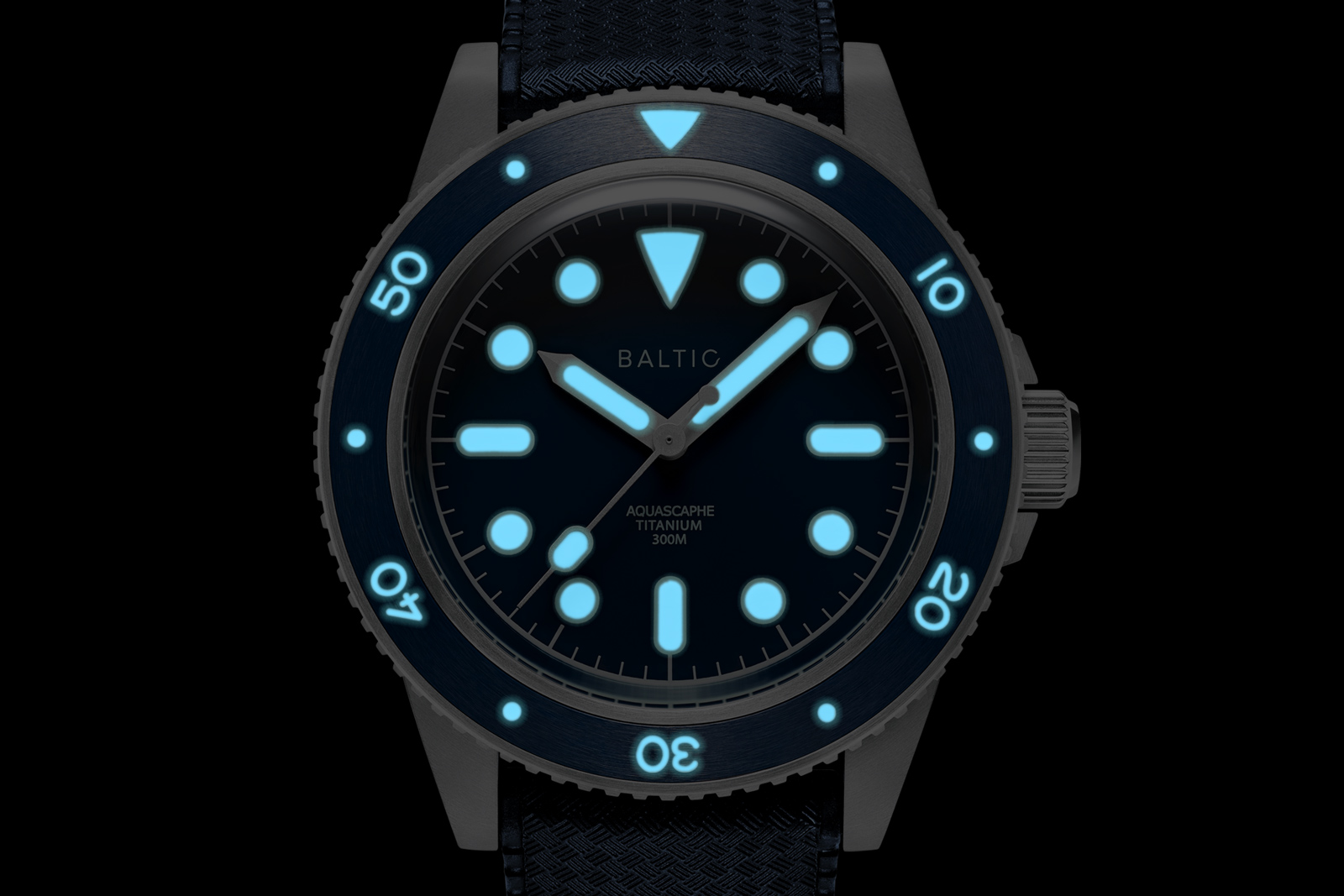 Unlike the original Aquascaphe, the bezel is scaled in 10-minutes intervals instead of quarters, which improves legibility

Inside the watch is the Miyota cal. 9039, an automatic movement that is considered high-beat in this price segment. It runs at 28,800 vibrations per hour (4Hz) and offers a modest power reserve of 42 hours, giving it performance figures comparable to the ETA 2892. While the movement is made in China – Miyota is owned by the Citizen group – the movements are then are shipped to Baltic’s hometown Besançon for assembly, regulation, and testing. 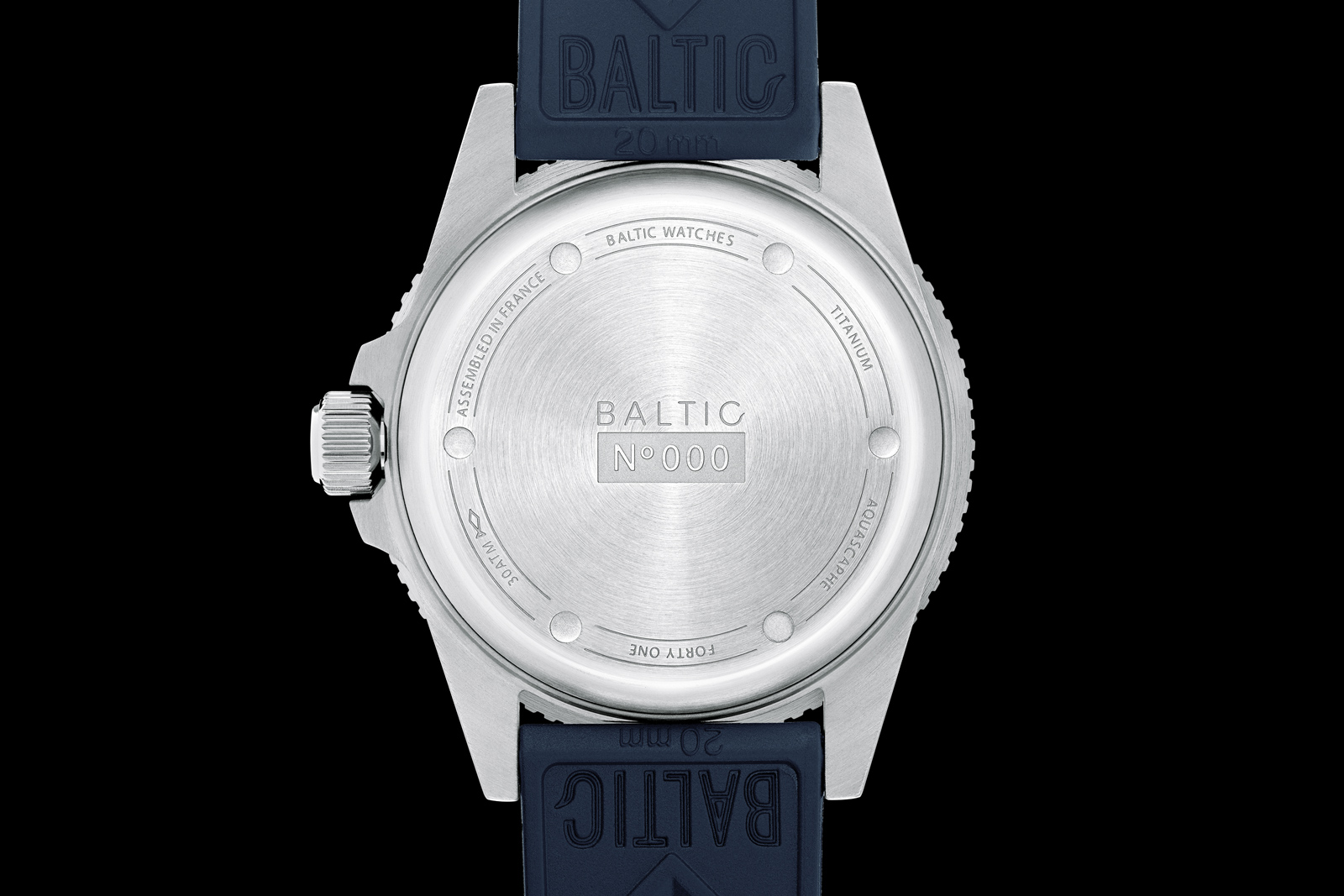