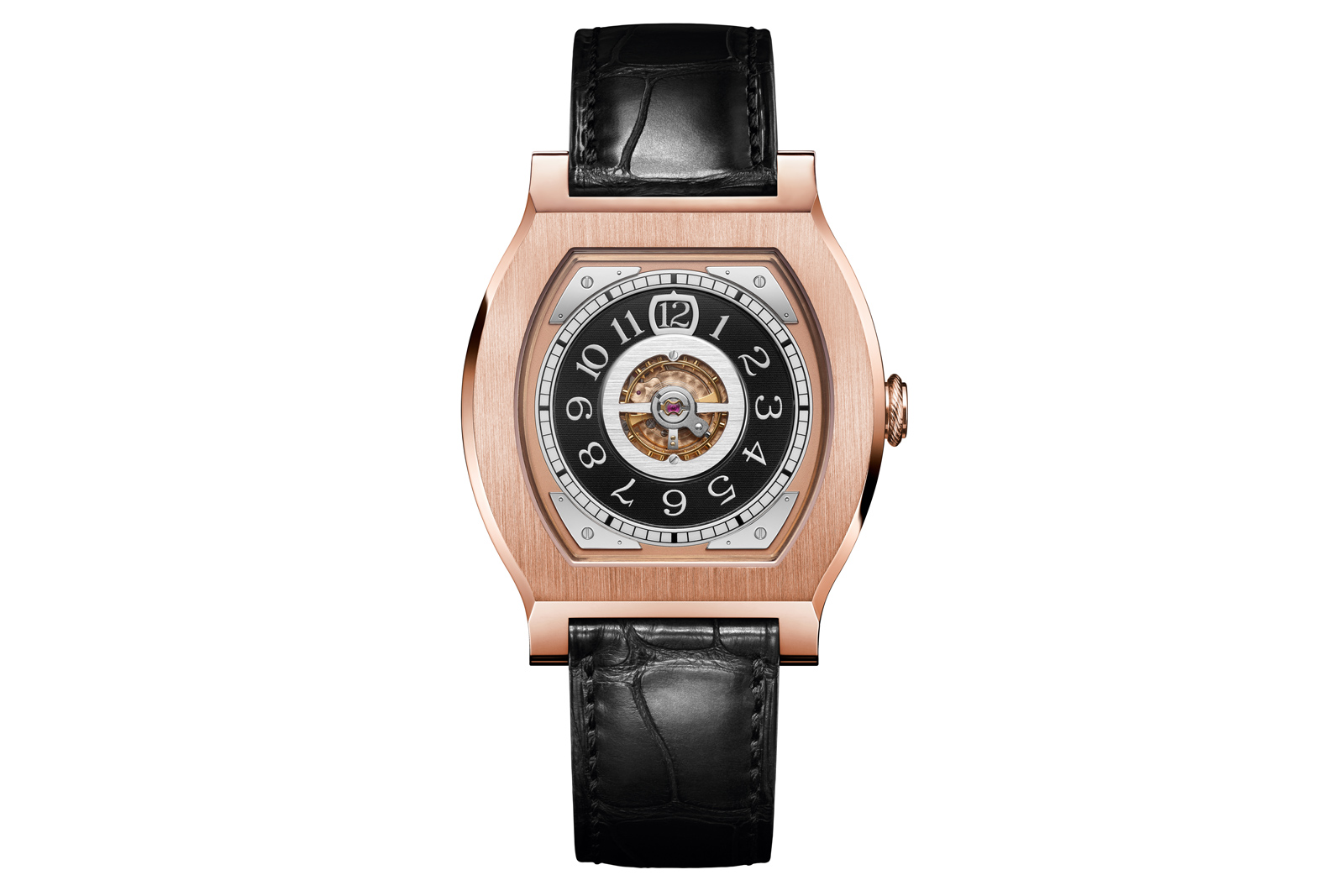 One of the most unusual amongst F.P. Journe’s offerings, the Vagabondage I was the first of a trio that combined a tortue case with an unconventional time display, along with dials that feature no branding at all.

Launched in 2004 and long gone from the brand’s catalogue, the Vagabondage I now makes a return with a new case, dial, and movement – all of which are improved over the original. 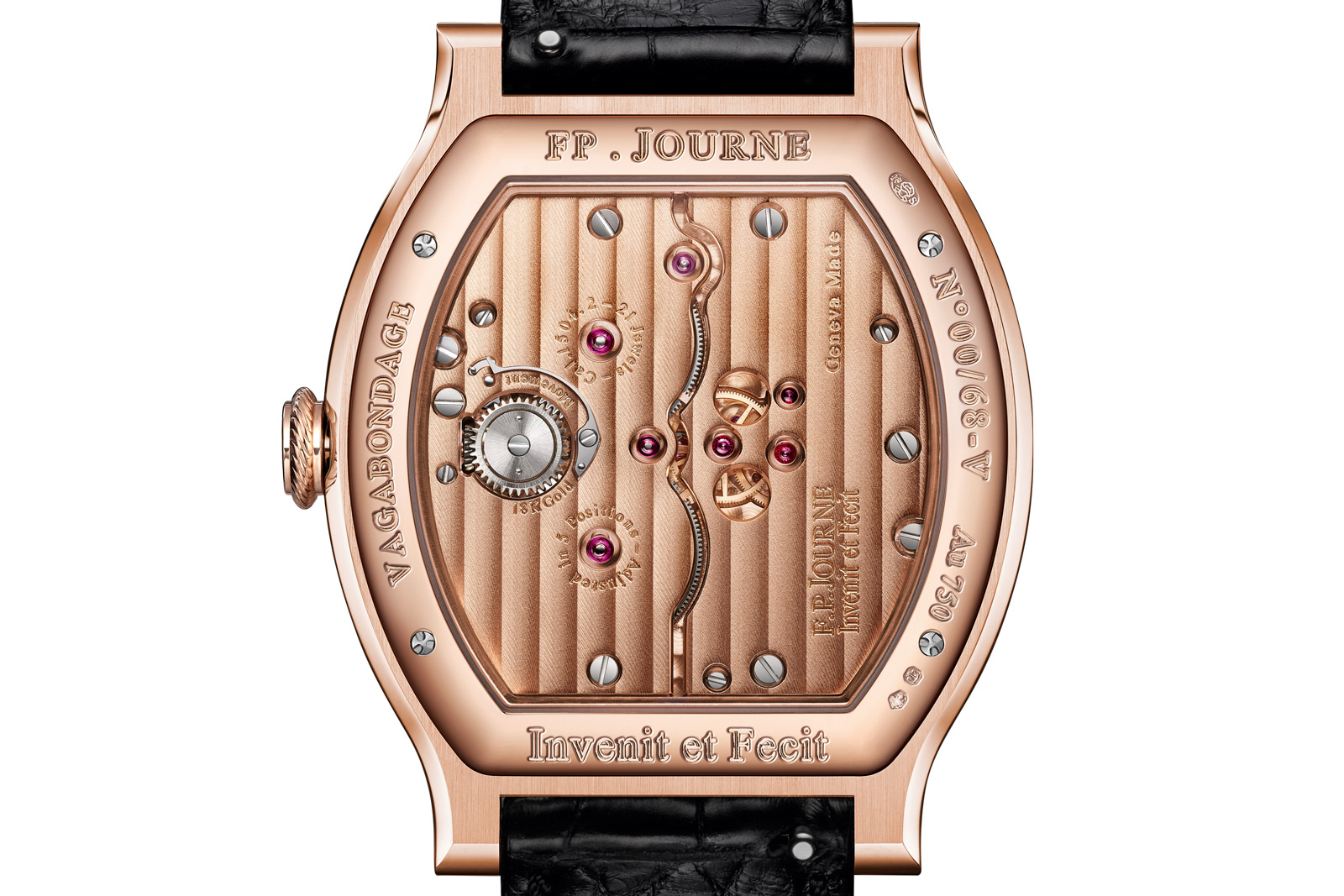 The original Vagabondage I was interesting because of its wandering, jumping hour display, along with the central balance wheel visible on the dial. Eighteen years later the new Vagabondage I is interesting for the same reason, because it is essentially the same watch. 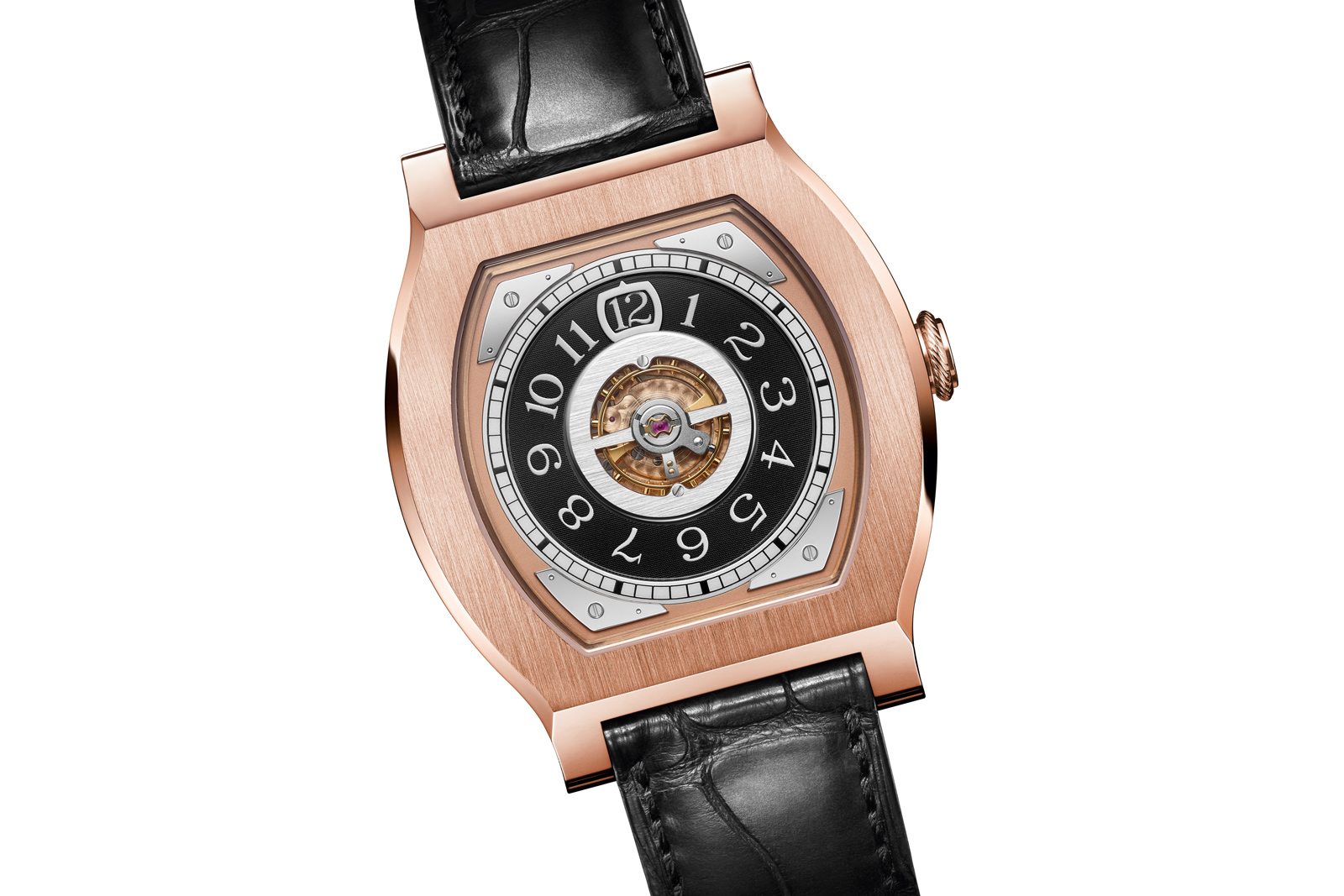 While the new Vagabondage I has been updated in several ways, ranging from a larger case to a new movement, it retains the familiar look. That also means it looks like a watch from the early 2000s with a slightly dated air compared to most wandering hours on the market today.

But that’s exactly what makes it cool. It is an old idea but one that has been improved in just the right ways. Most important amongst them is the case, which wider and longer than the original, giving it dimensions almost identical to the Vagabondage II and III. It still remains elegant and wearable, but the new case size is more appealing than that of the original, which is a little too small.

Fans of the brand will be familiar with the story of the Vagabondage, but here’s a quick recap: it start with a one-off wandering hours wristwatch in a round case that Francois-Paul Journe made for a French collector, which eventually led to establishment brand seeking something similar, except in a tortue case, though the project eventually fell through.

Yet Mr Journe went ahead to complete three watches in the tortue case, one in each colour of gold. They are created and sold in 2004 at Antiquorum’s 30th anniversary auction. And then in 2006 the brand made the Vagabondage I as a limited edition of 69 pieces in platinum.

After almost two decades later, the Vagabondage I makes a return, having been refined. The new model has a more prominent hour track in a darker colour, and also the brushed balance bridge as opposed to the polished bridge in the original. 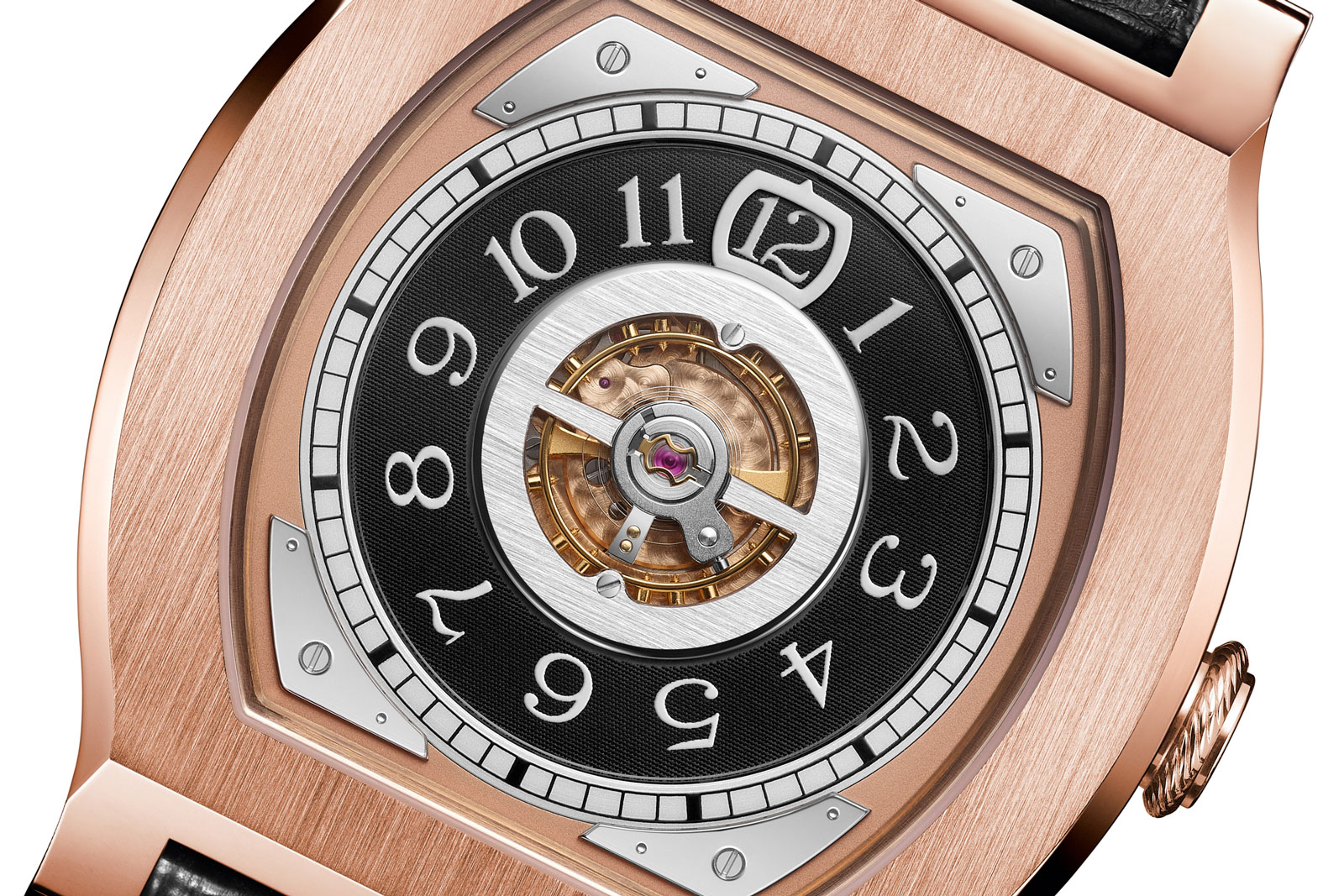 The difference in the design is most obvious when the watch in the hand, as it is immediately obvious the case is larger. Enlarged from from 34 mm by 42 mm to 37.5 mm by 42 mm – almost exactly the same as the Vagabondage II and III – the new size feels just right.

Inside the case is the cal. 1504.02, which is evolved from the cal. 1504 in the original. According to F.P. Journe, the original movement was a prototype of sorts, so it was not the ideal envisioned by Mr Journe.Now it has been transformed into a “better, more reliable caliber”.

The two movements are similar in their architecture, but the new calibre has a barrel bridge that cover the ratchet wheels of the twin barrels. The winding click spring now sits on the bridge, adding a bit of elegance with its curved outline, echoing the profile of the bridges. 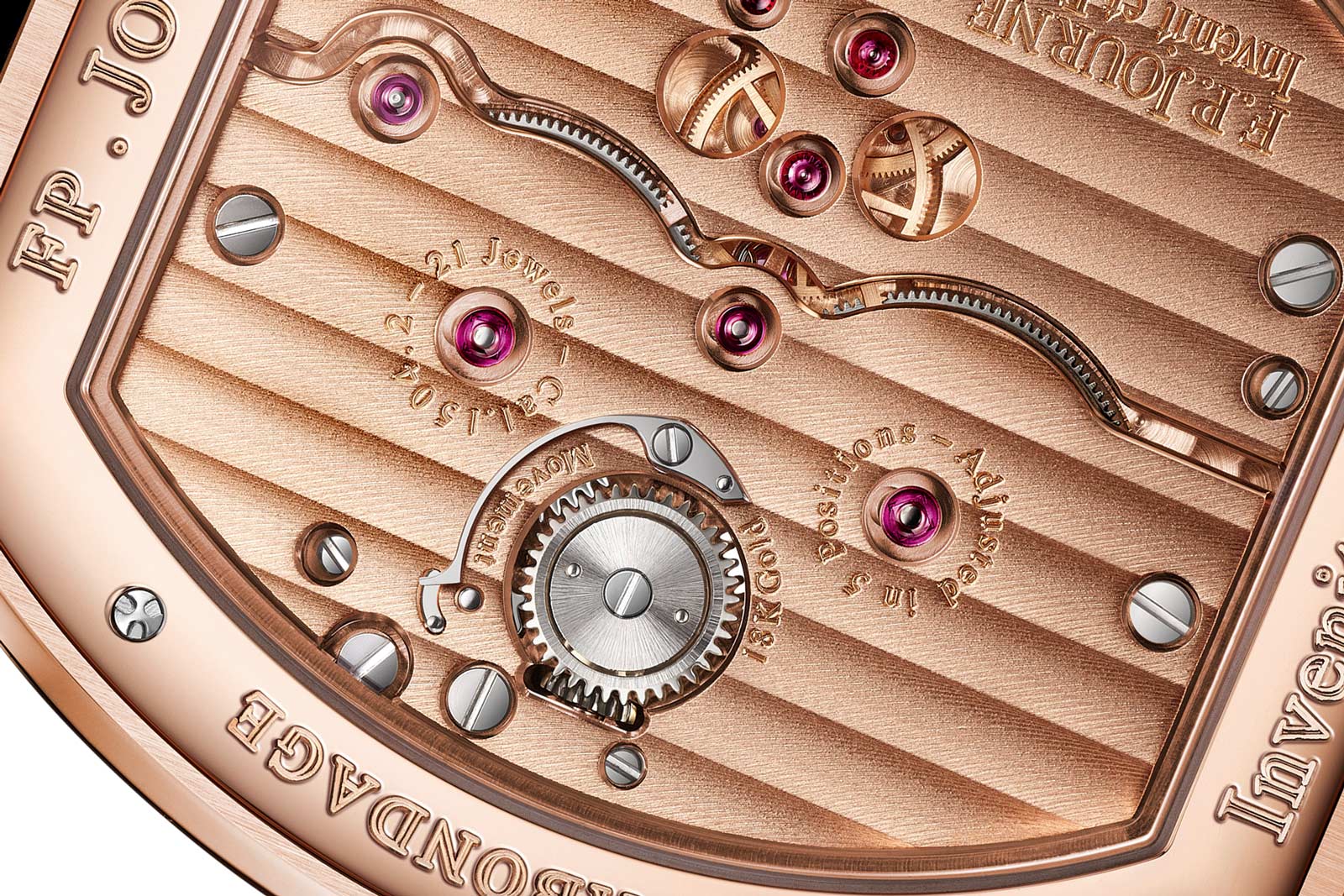 Availability: On application; owners of the Vagabondage II and III in rose gold with matching serial numbers will be given priority
Price: Unavailable at press time