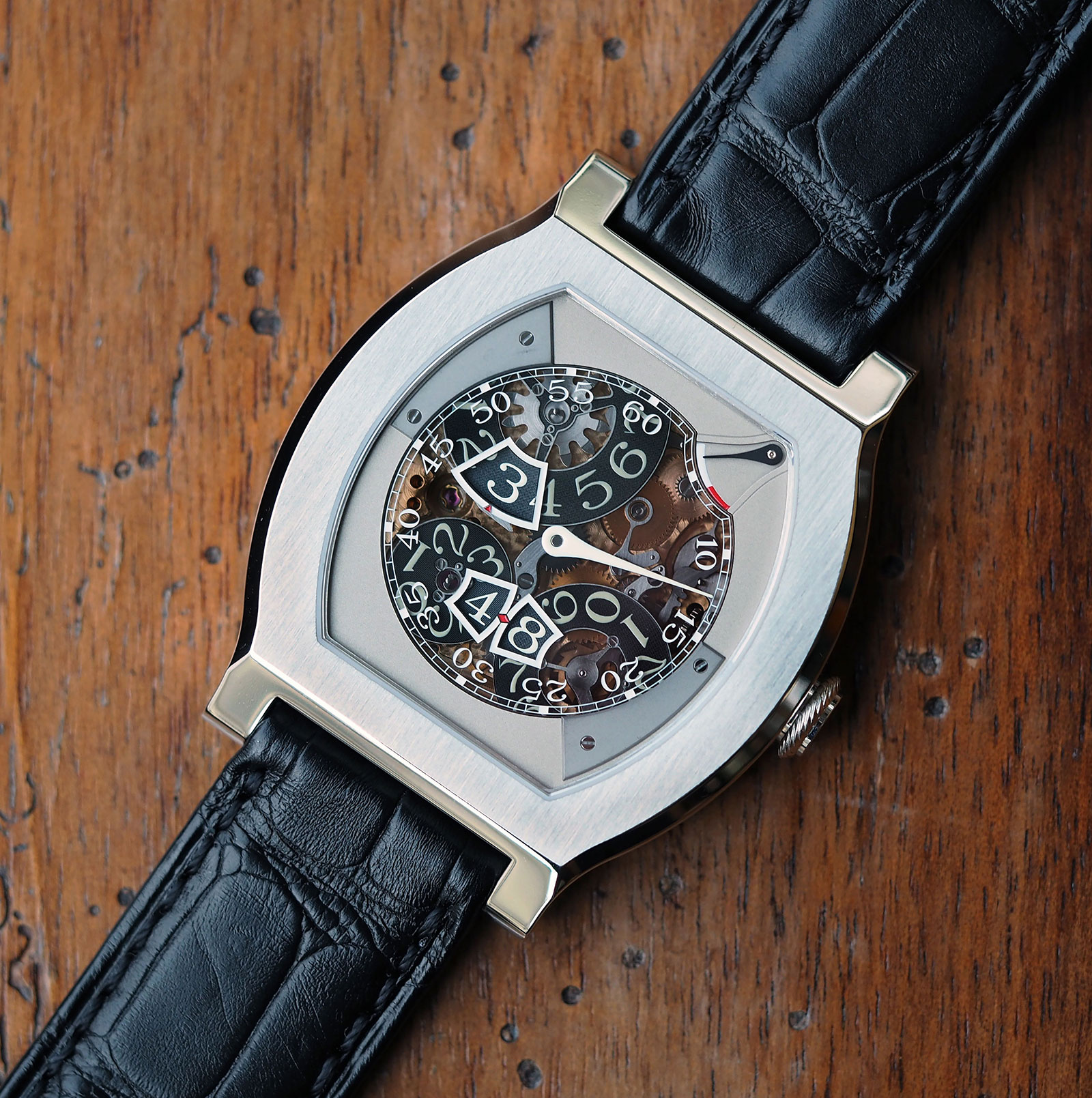 Hinted at in F.P. Journe‘s holiday greeting video in December 2016, the Vagabondage III is finally here.

Originally conceived in the early 2000s, the F.P. Journe Vagabondage was planned as a series of three watches, each showing the time in an unusual manner (legend has it the trio was a project originally developed for Cartier, explaining the tortue case shape). The first Vagabondage of 2006 featured a wandering jump hour, and then in 2010 came the Vagabondage II with a digital jumping hours and minutes. The Vagabondage I (left) and II

And now the Vagabondage III, the final instalment of the series, is the most technically significant, being the first ever digital jumping seconds, as well as a jumping hours.

The Vagabondage III (or “VIII” for short) has a single disc showing the hours in a window at 11 o’clock, while the minutes are indicated by a conventional hand in the centre.

Most notable are the twin discs at six o’clock showing the seconds as they pass, from “01” to “00”. This requires deft energy management – the constant jumping of the seconds discs saps enough power from the barrel to affect timekeeping – which is why F.P. Journe installed a remontoir d’égalité, or constant force mechanism. This stores and releases tiny amounts of energy every second to run the jumping seconds display without affecting the timekeeping portion of the movement. The dial of the VIII is grey tinted sapphire crystal, through which the mechanics of the movement are visible. It’s surrounded by a wide, brushed bezel that traces the tortue, or tortoise, shape of the case. The case measures 37.6mm wide and 45.2mm long, standing a slim 7.84mm high. Like all F.P. Journe movements (even the quartz ones), the calibre 1514 inside the VIII has its bridges and base plate made of 18k red gold. The Vagabondage III is a limited edition of 69 pieces in platinum and 68 pieces in red gold. Prices are SFr56,000 for the platinum and SFr54,000 for the red gold. It will be available from F.P. Journe boutiques and retailers starting sometime in the second quarter of 2017.