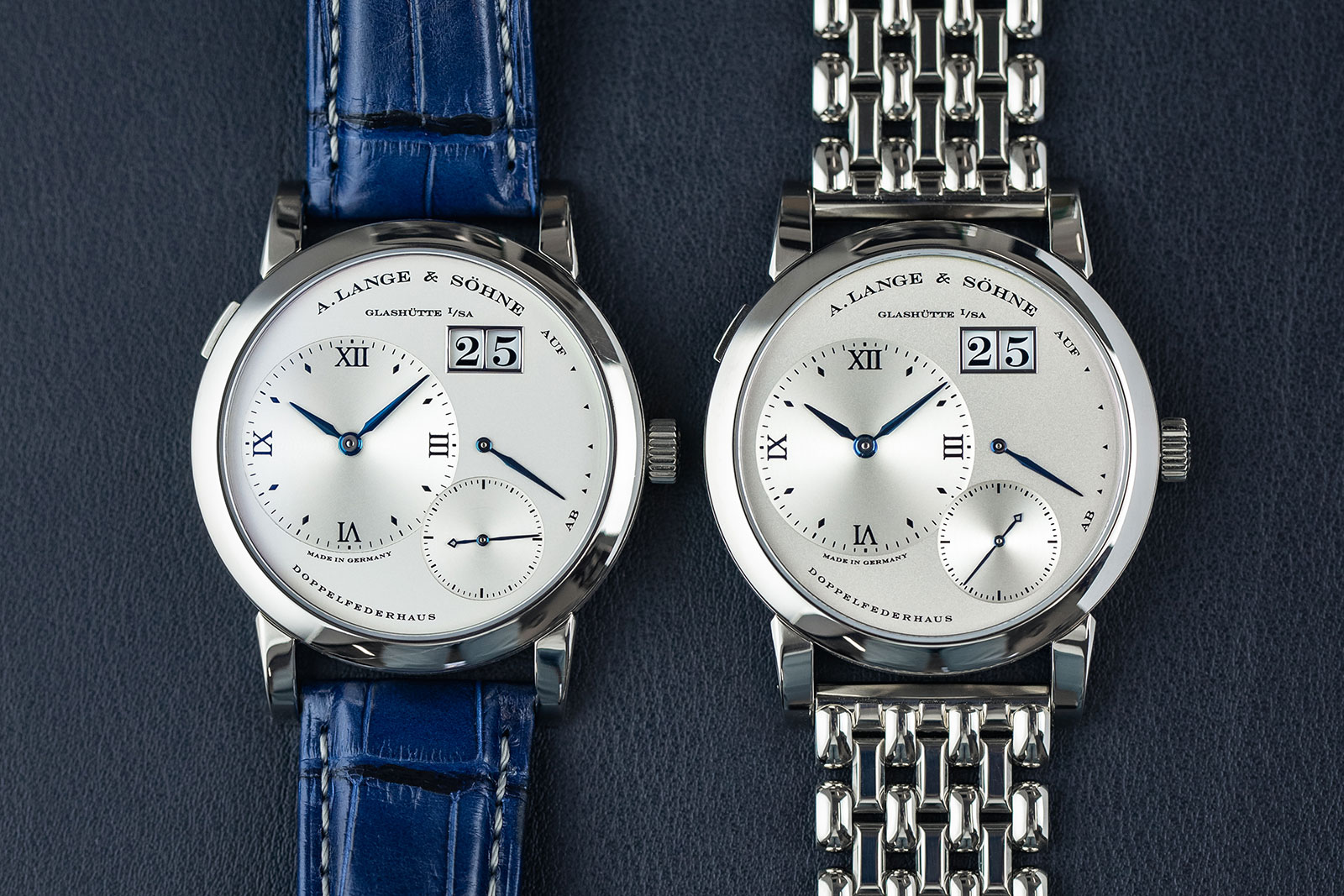 The watch boutique arm of auctioneer Phillips, London-based Perpetual is staging an exhibition of early A. Lange & Söhne wristwatches in its Berkeley Square showroom for a week starting March 9, 2022.

Made in Germany, a Tribute to the Early Lange 1 and Datograph comprises 20 examples of Lange’s best-known watches from the late 1990s to the early 2000s, including limited editions that rarely emerge publicly, making it an great opportunity for the brand’s enthusiasts to see special watches and even “grails” in the metal, like the extravagant Lange 1A.

Pillars of the brand

Arguably the most important Lange models, at least in the brand’s first two decades, are the Lange 1 and Datograph. Both were seminal when they each made their debuts in 1994 and 1999 respectively, helping to put the brand on the map. And because early days of the German watchmaker saw it debut a large number of small-run limited editions, the variety of watches from that period is particularly interesting. 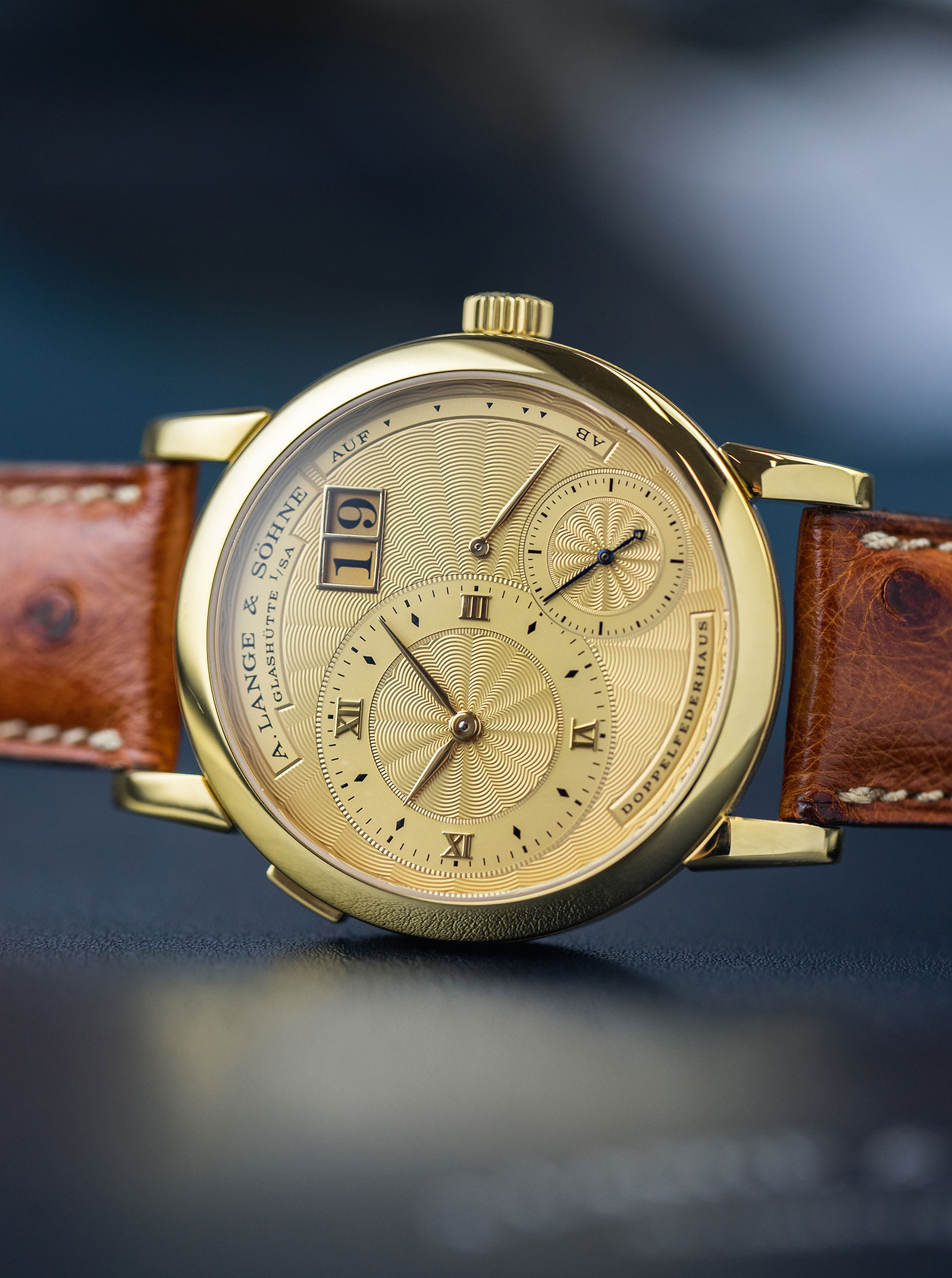 The rise in interest that Lange has recently enjoyed means many of the brand’s early or unusual watches are being rediscovered. As a result, the exhibition is perfectly timed. It focuses on the two landmark models, although the line up also includes other intriguing watches like the rare solid-back Saxonia.

One of the best examples of the Lange 1 on show is the ref. 101.027X, which has a handsome blue-on-silver palette that served as the inspiration for the Lange 1 25th anniversary collection. In fact, the exhibition will have two examples of the model on show, with one of them fitted to an original “beads of rice” bracelet. Interestingly, although the ref. 101.027X was not a limited edition, it never officially made it into the catalogue, making it a model known only to insiders for a long time. 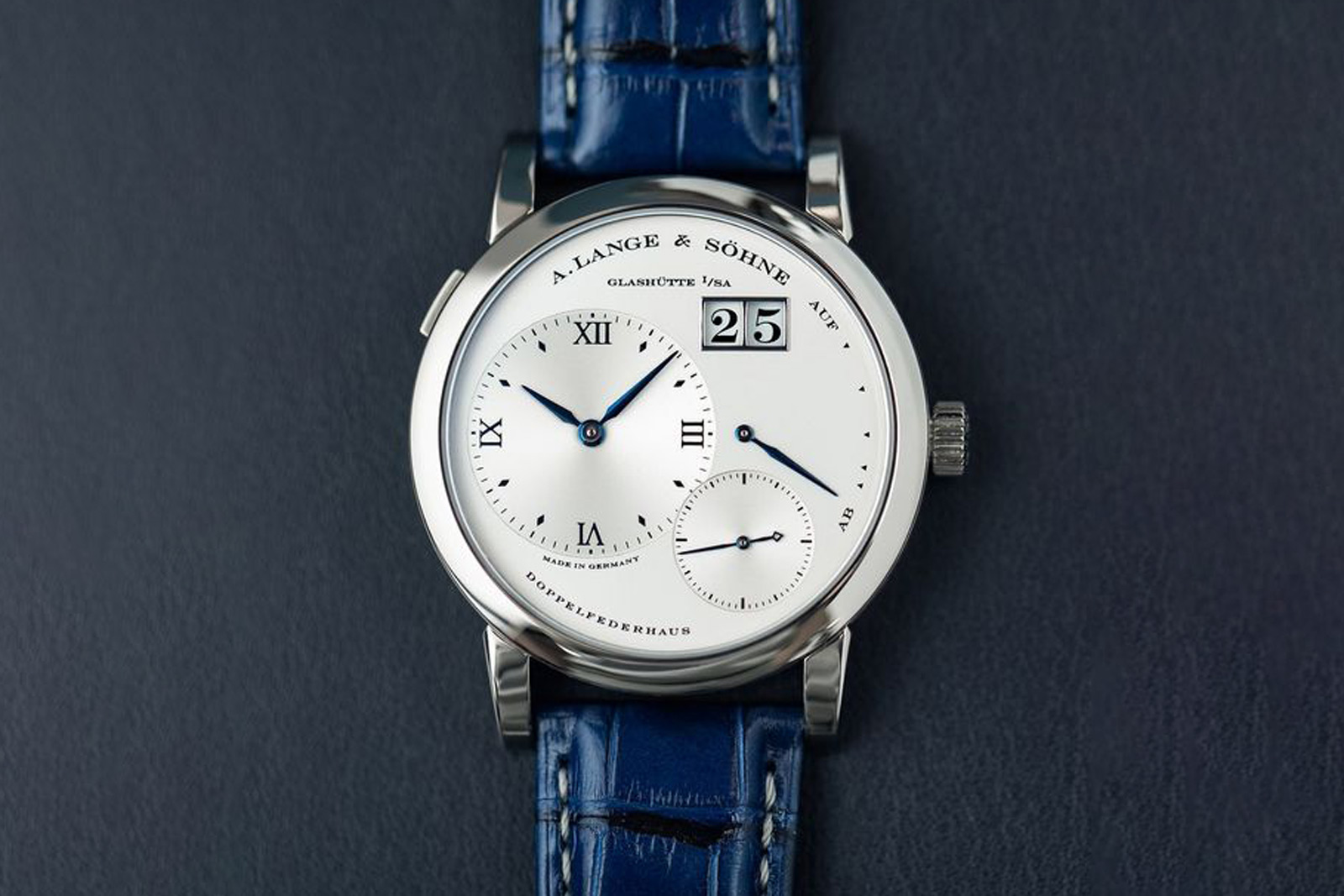 Also interesting, but in a more subtle and specific manner, is the Little Lange 1 in platinum, ref. 111.025. At a glance it might seem ordinary but upon closer inspection it reveals the “MADE IN GERMANY” label in sans-serif font, which is unusual since Lange is best known for its serif typefaces, which play a crucial role in the design of the Lange 1.

Another uncommon Little Lange 1 on show is the version with a blue mother-of-pearl dial that was in production for only a year or so starting from 2015. 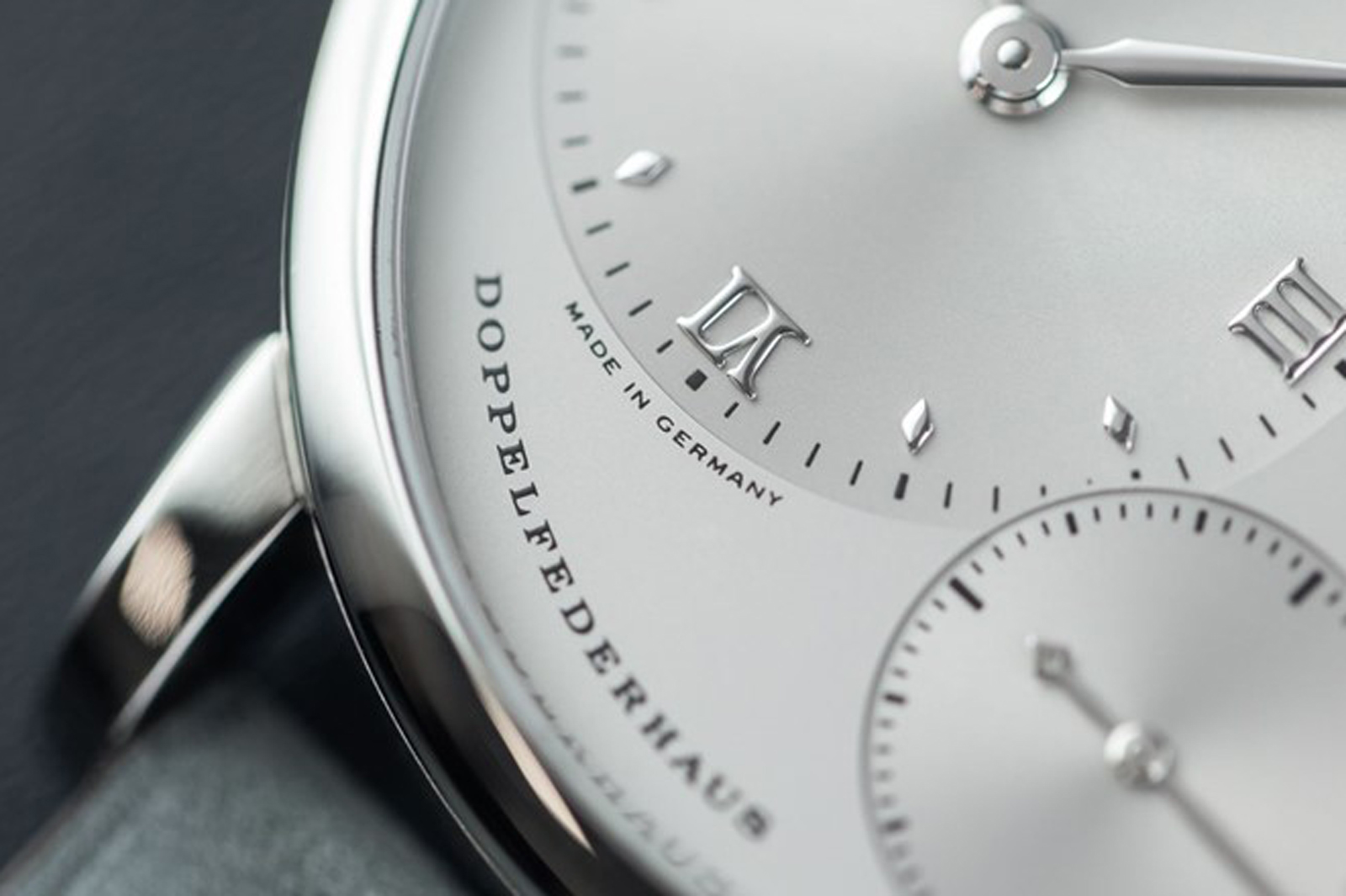 A Little Lange 1 in platinum 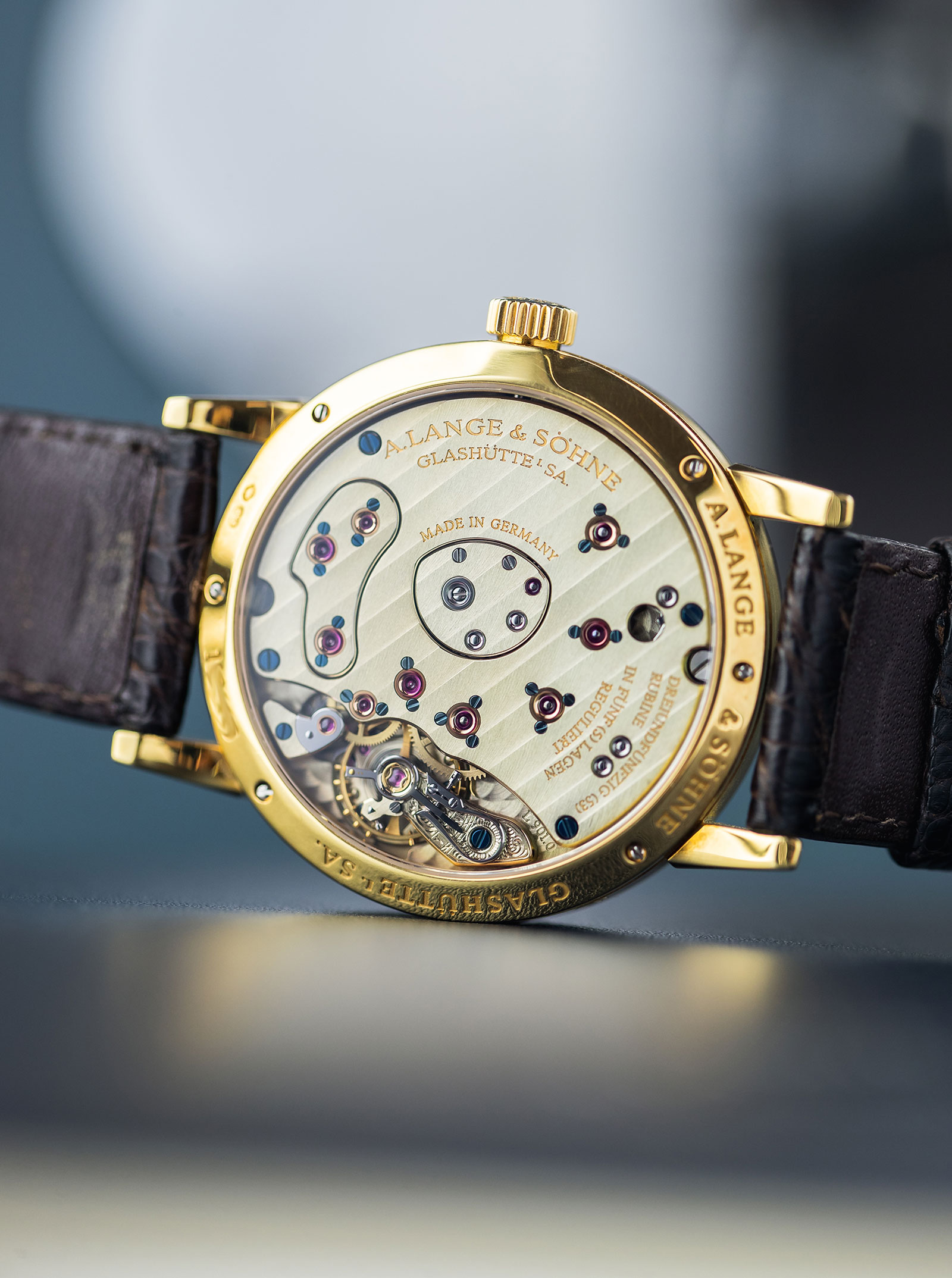 The back of another early Little Lange 1, this one in yellow gold

In terms of the Datograph, the highlight is doubtlessly the ref. 403.025X “Pisa”, which combines a platinum case with an unusual silver dial. In fact, only 10 pieces were made for the Italian retailer in 2004, making it by far the smallest edition for a Datograph – and Phillips has managed to obtain two of the 10 made for the exhibition.

(Though there was an eleventh watch that was not part of the Pisa edition but almost identical; it was a one-off with the same dial but with a chronograph seconds hand in rhodium-plate instead of a blued steel. 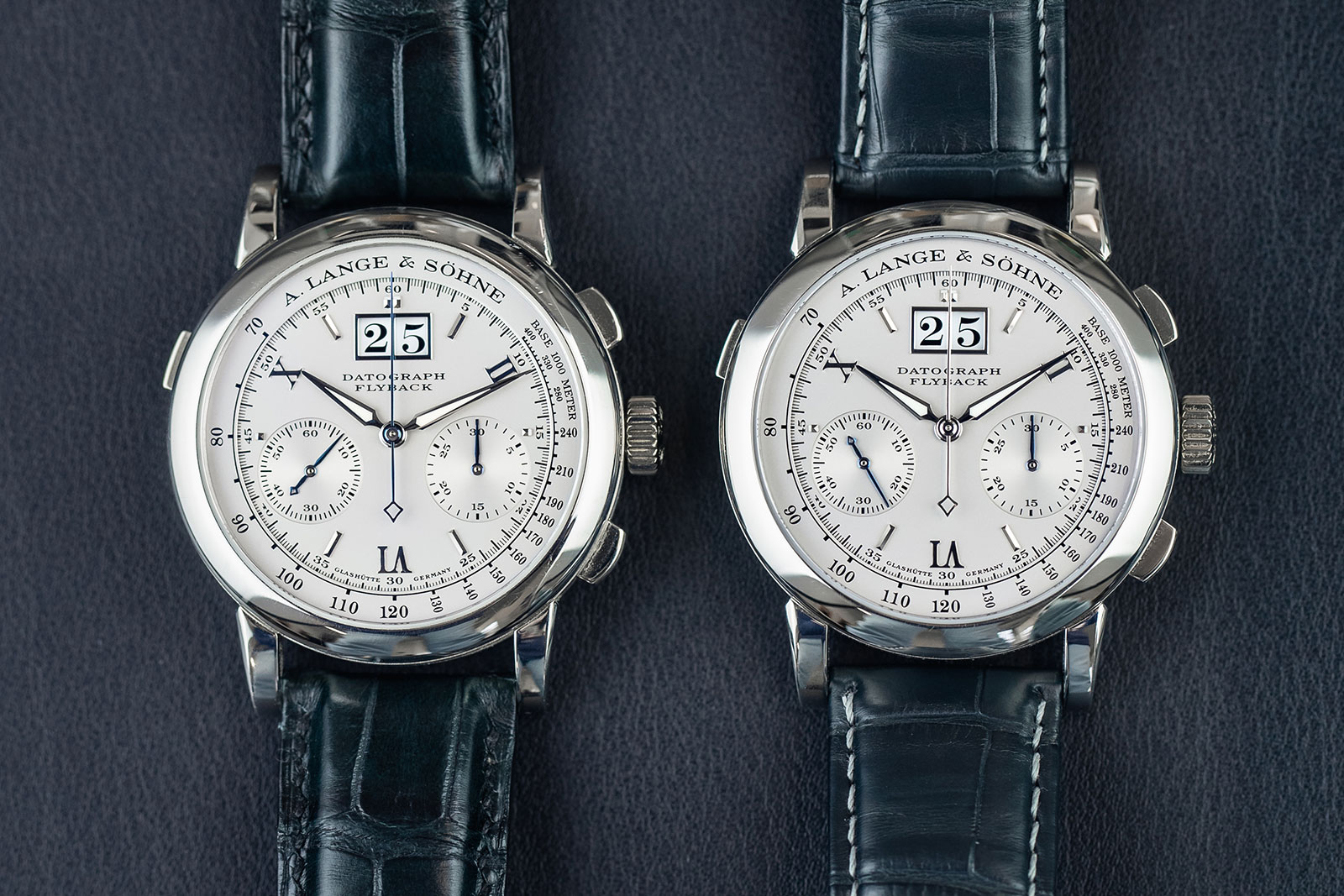 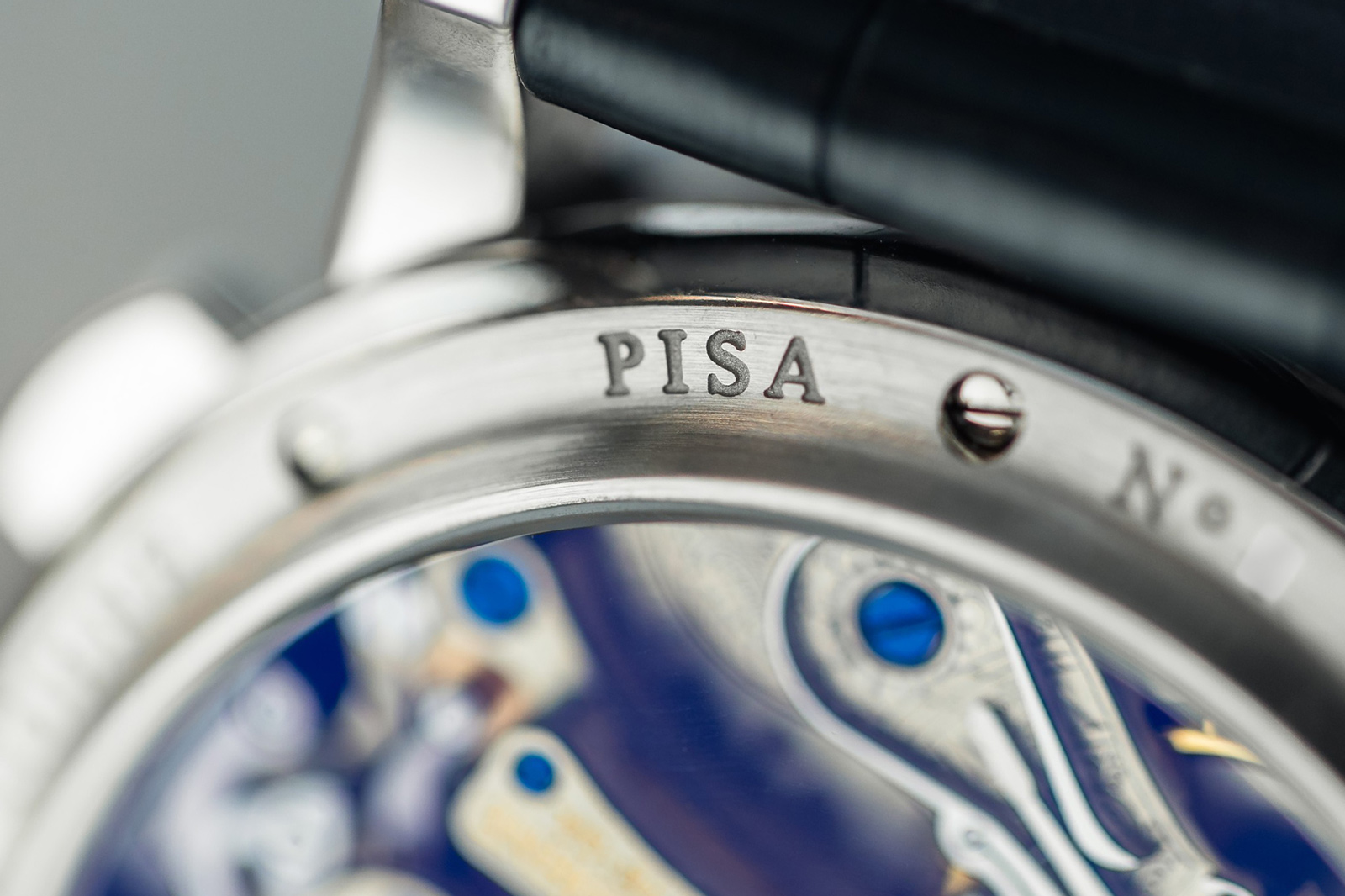 From December 1-5 at the National Gallery.