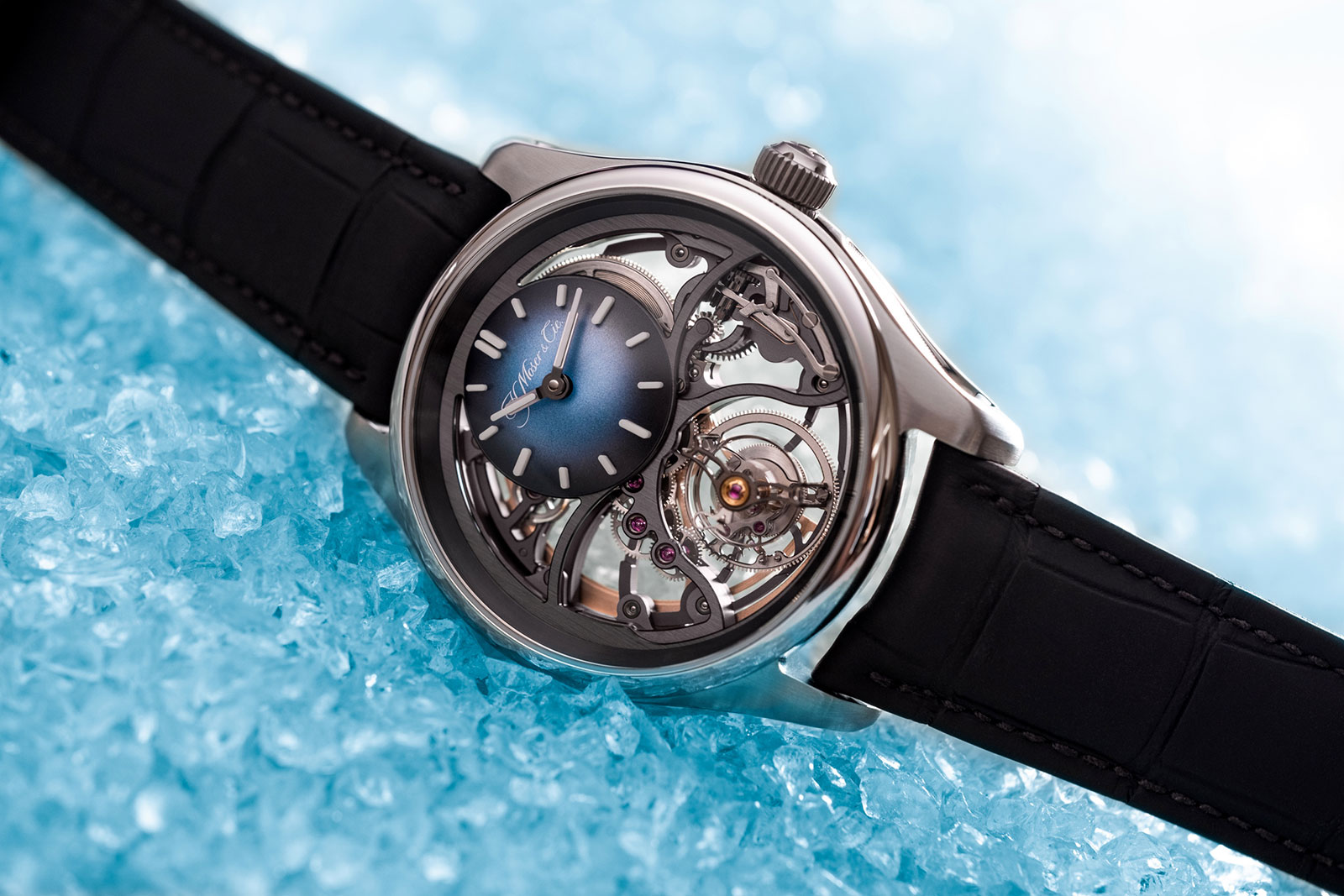 H. Moser & Cie.’s flagship launch at Watches & Wonders 2022 is the Pioneer Cylindrical Tourbillon Skeleton. While the watch combines elements found in past Moser watches, including the trademark fume dial, it does so in an novel manner, resulting in a watch that looks and feels different from the brand’s current offerings. 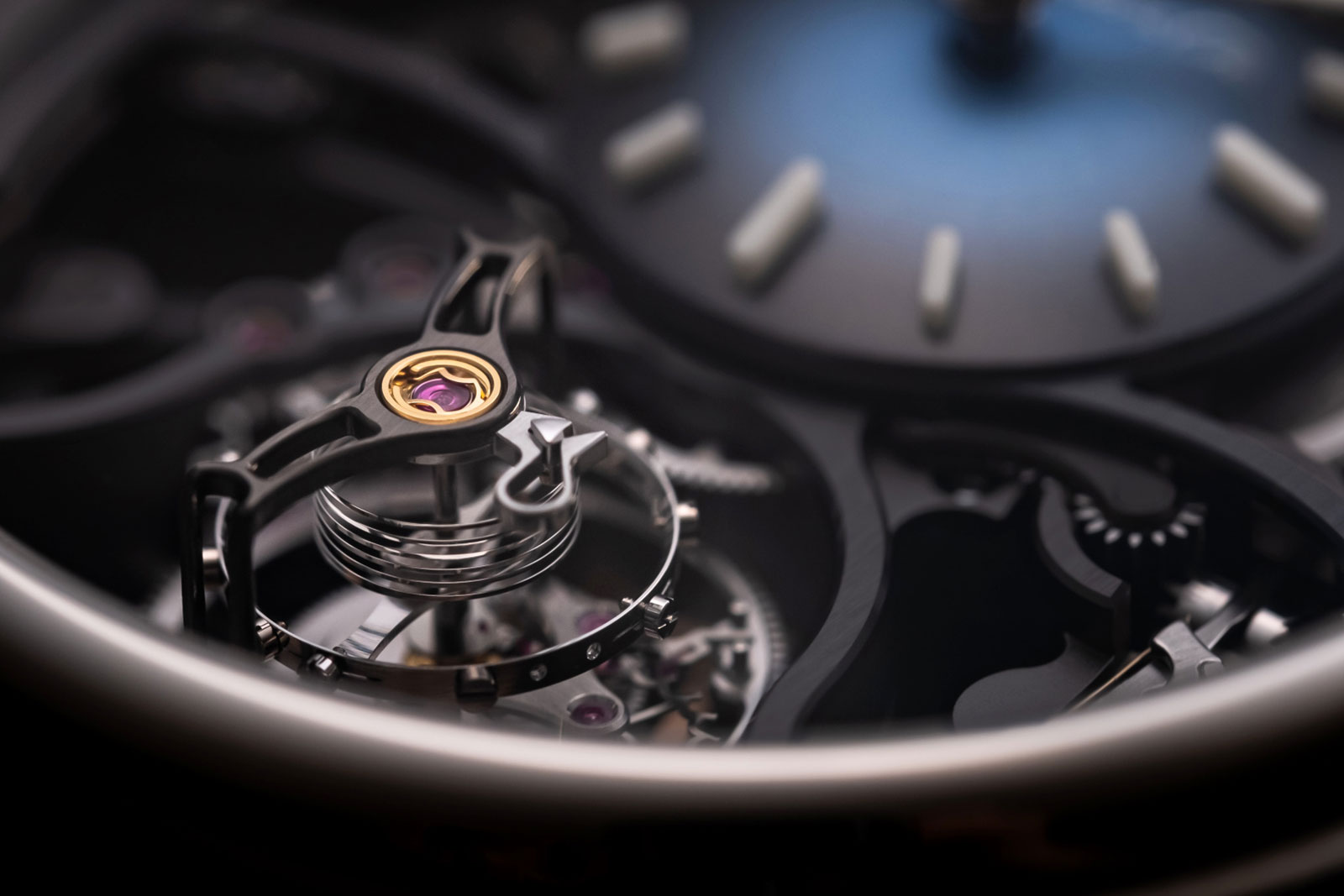 The new Pioneer tourbillon combines familiar elements in a novel manner, resulting in an interesting watch that stands apart from the rest of Moser’s offerings.

Mechanically it is a variant of the calibre found in the Endeavour Cylindrical Tourbillon of 2020. The inclined time display of the earlier model has been eliminated, while the movement has been skeletonised in an unusual step for the brand, which has rarely offered skeleton watches in the past. 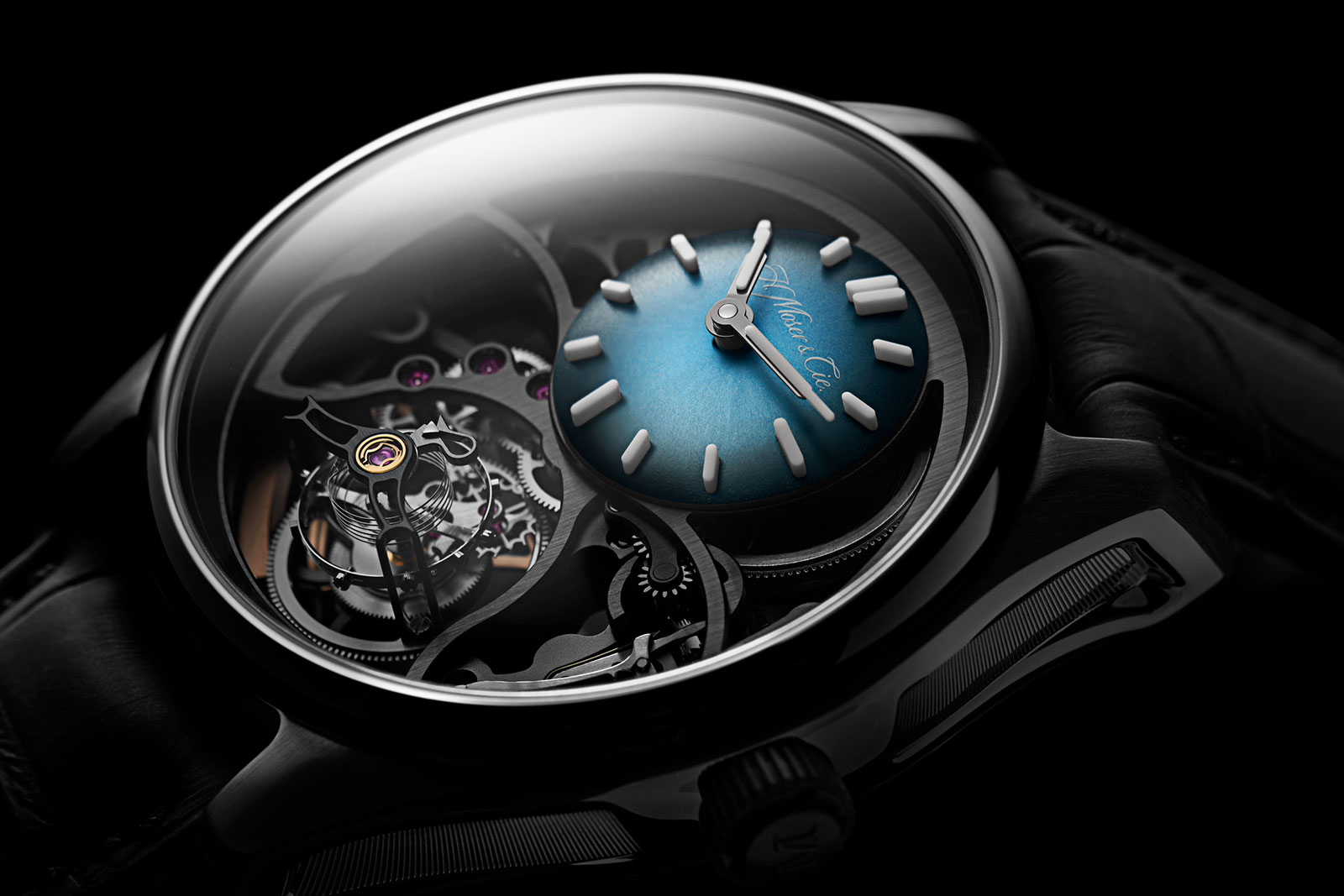 Visually, the Pioneer tourbillon is not obviously a Moser at first glance, although the sub-dial at 12 o’clock is in a smoked blue that is associated with Moser. In fact, the styling of the watch brings to mind the skeletonised watches of Jaquet Droz.

Still, the Pioneer tourbillon is interesting and novel enough that its CHF79,000 price tag is fair, putting it amongst the more appealing tourbillons in this affordable(ish) price segment. 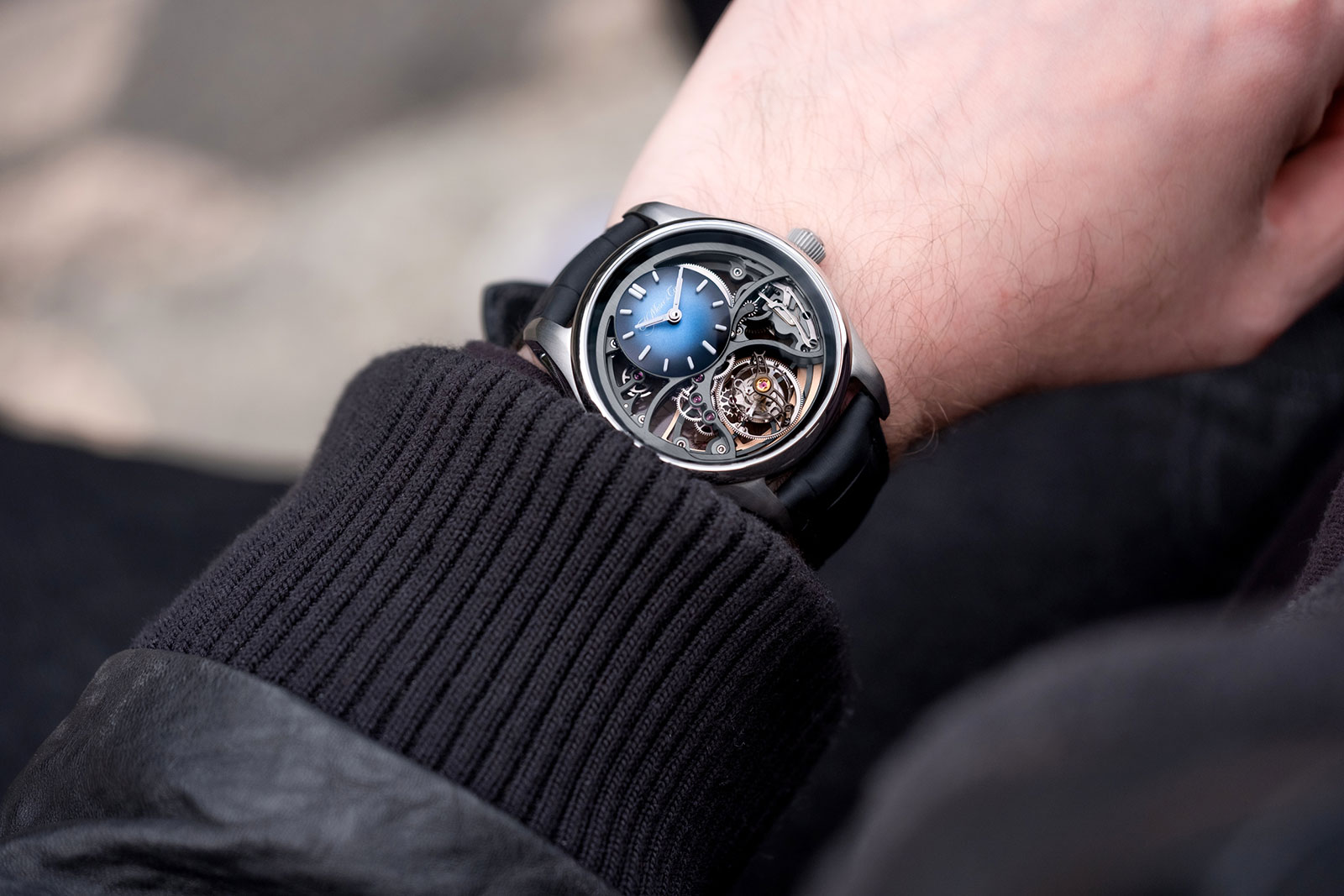 The new Pioneer was conceived as a sports watch with a tourbillon. The Pioneer case is rated to 120 m of water resistance and positioned as Moser’s elegant sports watch (as opposed to the Streamliner that is an out-and-out sports watch).

Time is indicated on a domed sub-dial at 12 o’clock that has the hour markers and hand inserts in Globolight, a type of polymer mixed with Super-Luminova, essentially plastic that glows in the dark. 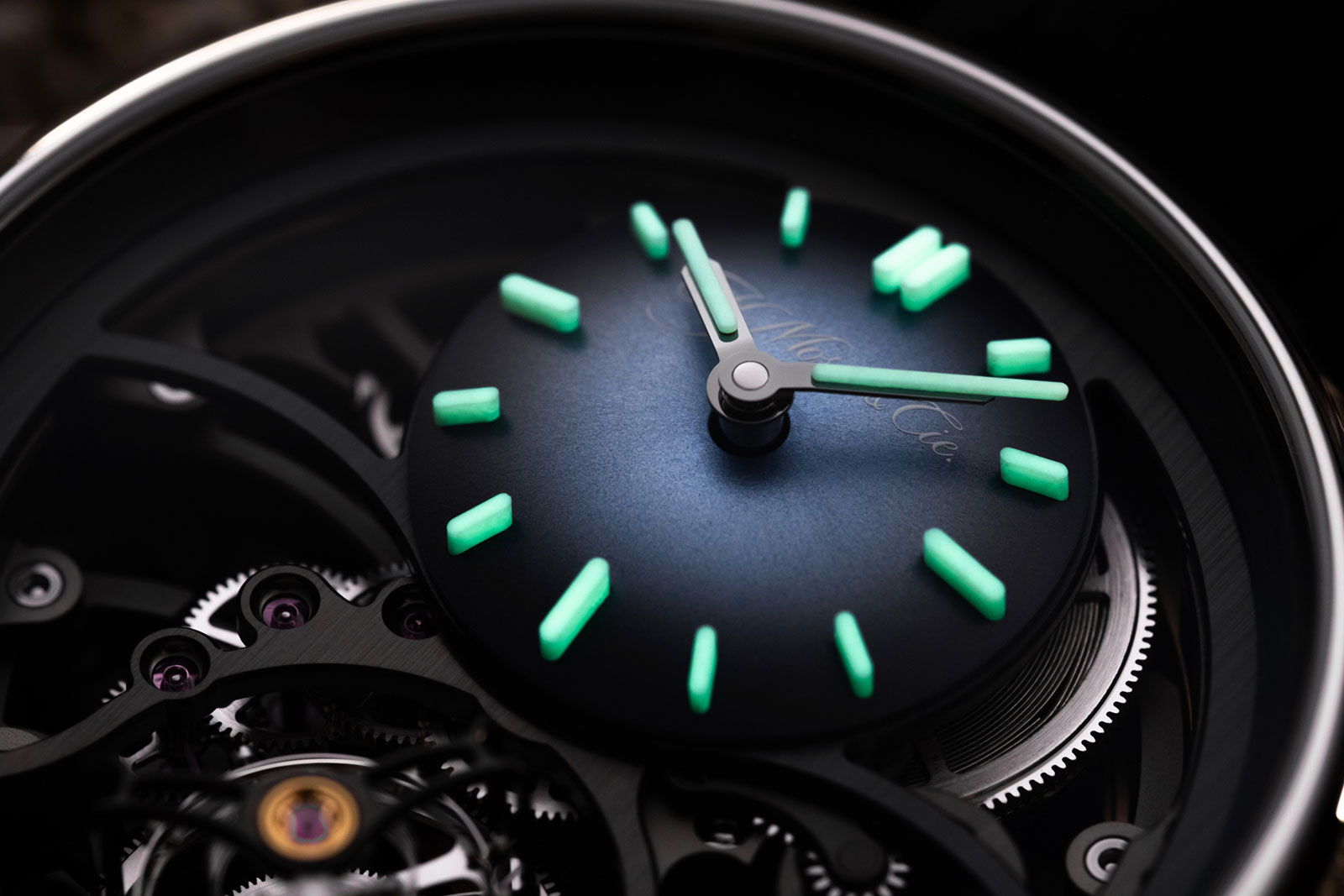 But the key feature is evidently the tourbillon visible at six. Unlike conventional tourbillon regulators that have a flat hairspring, this has a cylindrical hairspring, requiring a tall tourbillon cage to accommodate the height of the hairspring.

Historically found in marine chronometer, a cylindrical hairspring expands and contracts more concentrically than a flat hairspring. As a result, it promises better isochronism and stability.

The main reason Moser is able to offer an exotic hairspring like this is the fact that its sister company is Precision Engineering, a medium-scale maker of hairsprings that supplies a variety of independent brands. 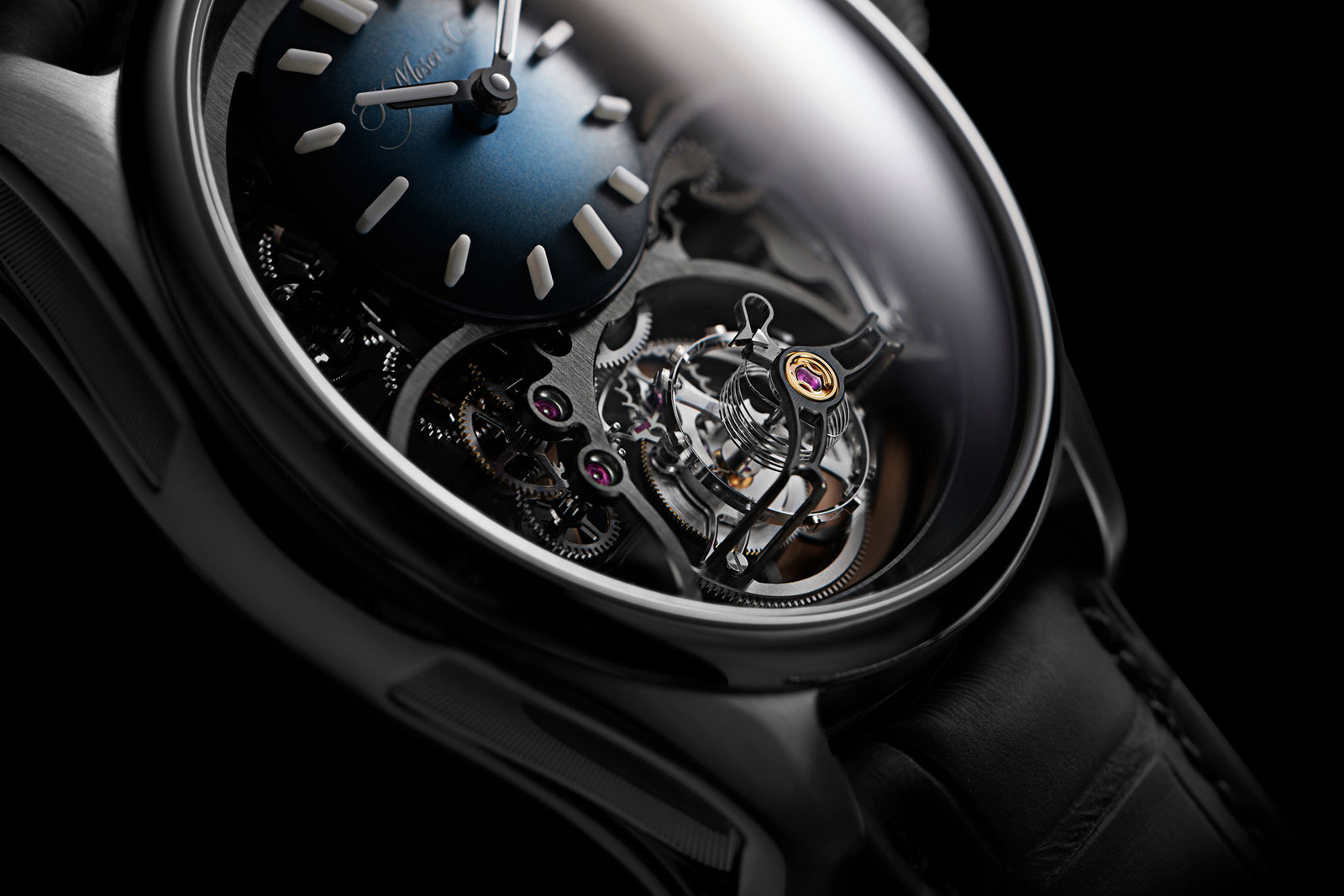 The rest of the HMC 811 is similar to the self-winding tourbillon calibre Moser has used in the past, including in the Endeavour Tourbillon.

Visually, however, it is very different, having been extensively skeletonised. Even the barrel ratchet wheel has been open worked, revealing the coils of the mainspring. 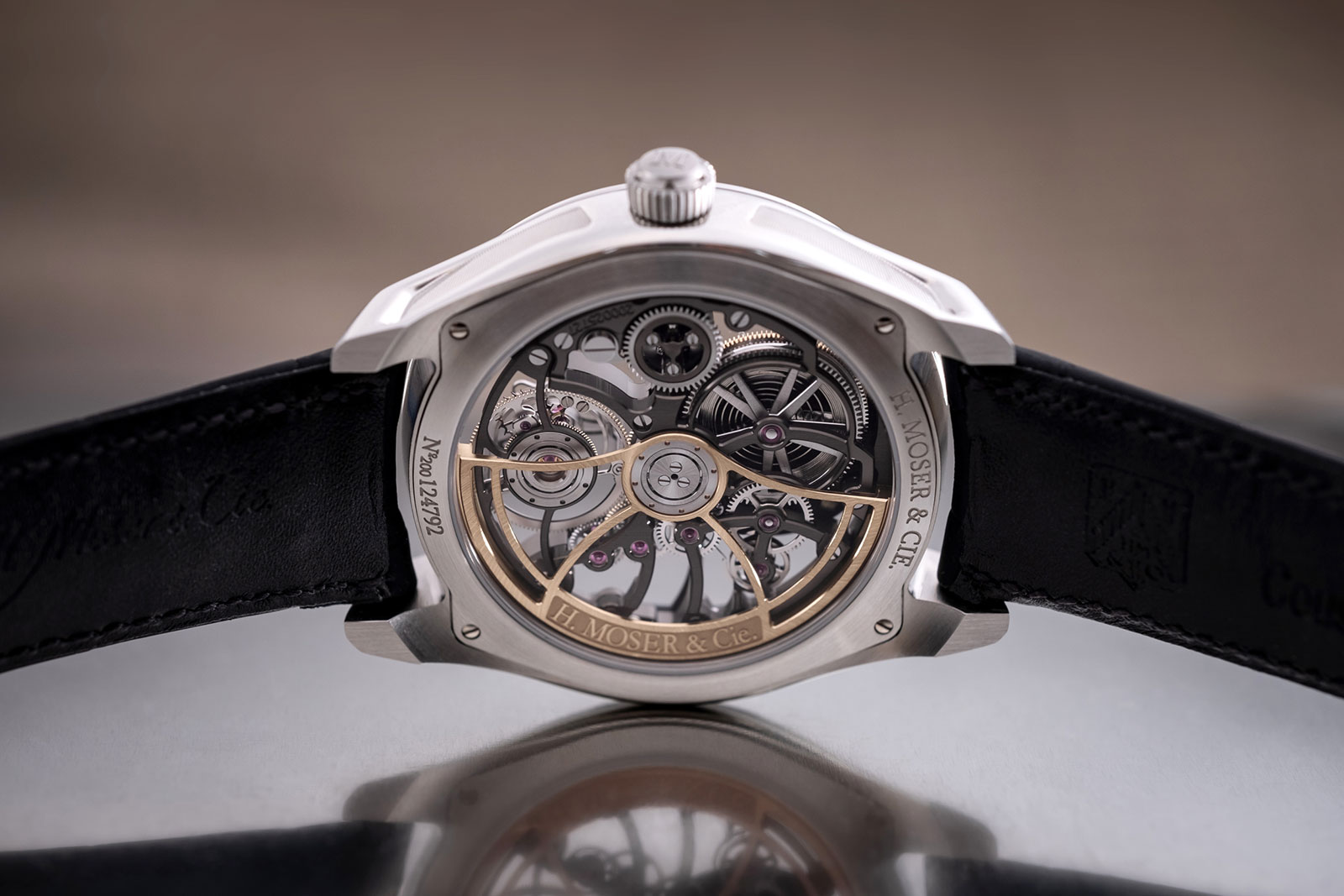 Limited edition: No
Availability: From Moser or its authorised retailers
Price: CHF79,000 before taxes