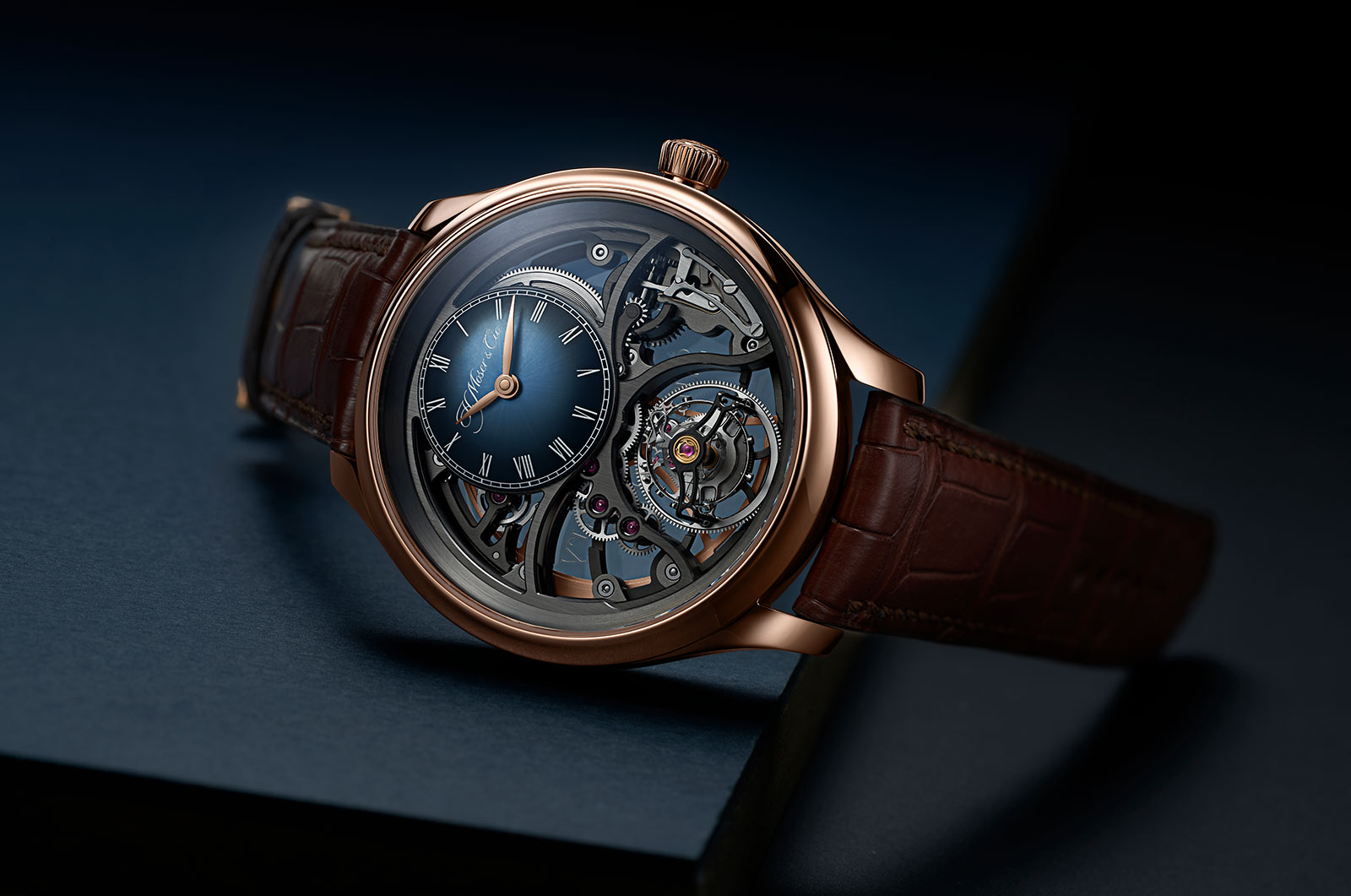 A great deal of meaning is placed on anniversaries in watchmaking and Cortina Watch is celebrating its Golden Jubilee in 2022 with a slew of limited edition watches and a very special clock.

The latest timepiece for the Singapore retailer’s milestone anniversary is the H. Moser & Cie. Endeavour Cylindrical Tourbillon Skeleton “Cortina Watch 50th Anniversary”. A variant of the Endeavour tourbillon, this 10-piece limited edition watch features the brand’s signature fumé dial in blue, along with a one-minute flying tourbillon equipped with an uncommon cylindrical hairspring. 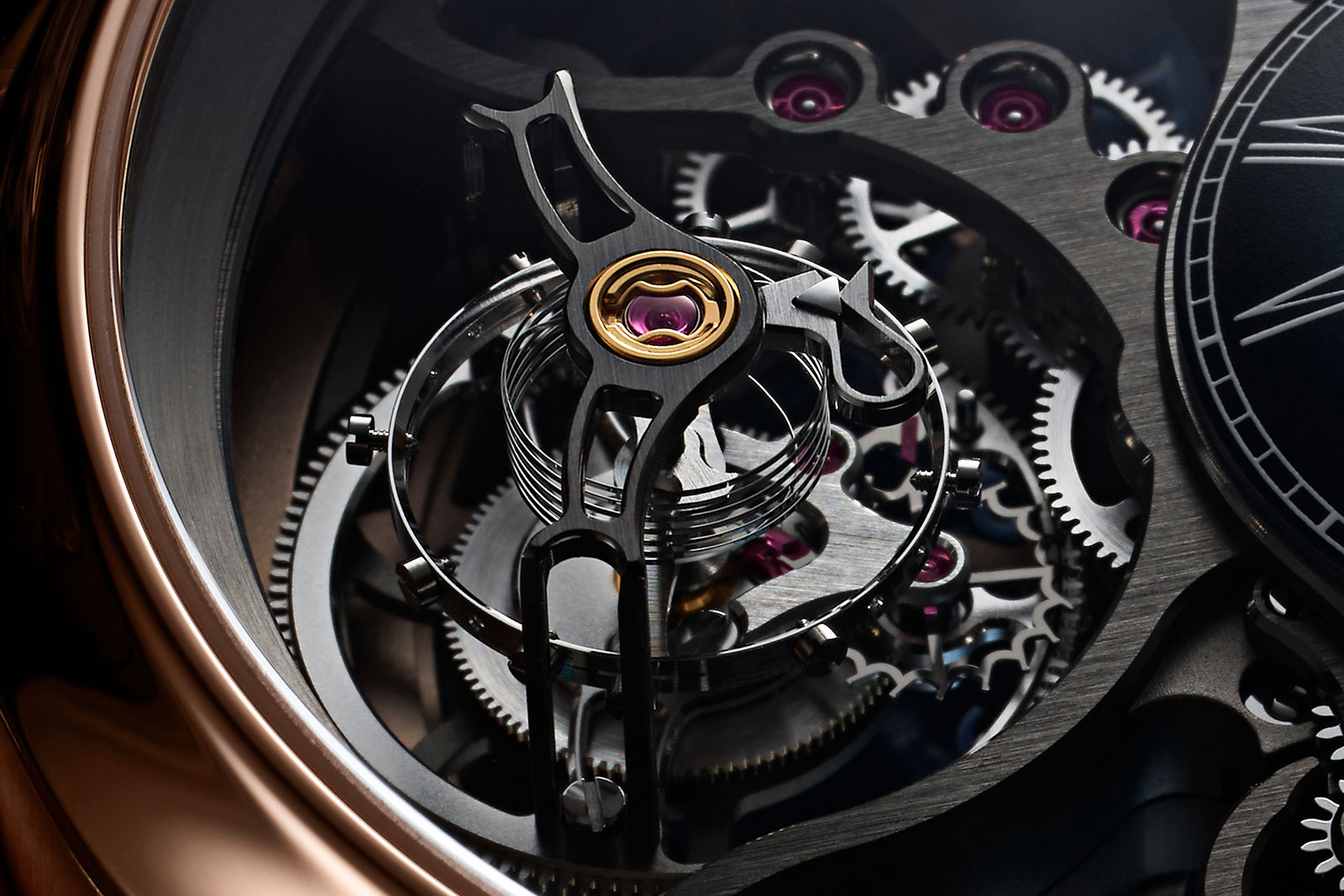 The watch combines the elegant and minimal design typical of Moser with the more contemporary that results from the cleanly open-worked movement. And despite being based on an existing model that was just introduced in March of this year, the Cortina edition is still impressive, largely thanks to the skeletonised movement.

The cylindrical hairspring maybe be an anachronistic novelty rather than a practical innovation, but one that is rare in modern watchmaking, visually interesting, and historically significant, being rooted in 19th century marine chronometers. 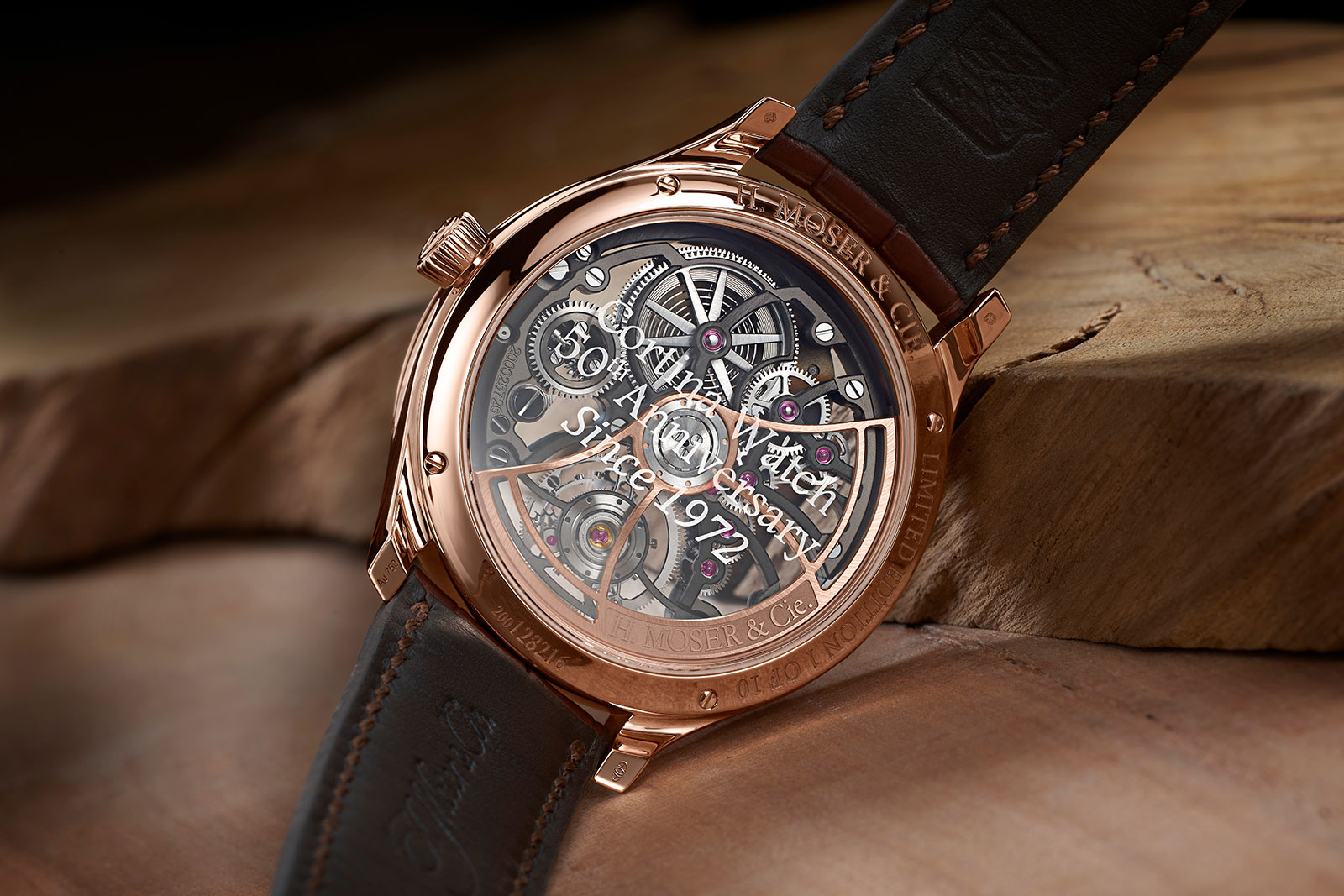 At 42 mm in diameter, the Cortina edition has the same dimensions as the standard model in white gold. In contrast, the Cortina version is in 18k red gold. Time is indicated on a domed sub-dial at 12 o’clock with the graduated “Funky Blue” finish that is synonymous with Moser. But unlike most other Moser watches that lean towards the cleanly contemporary, the sub-dial for the time has classical Roman numerals and leaf-shaped hands. 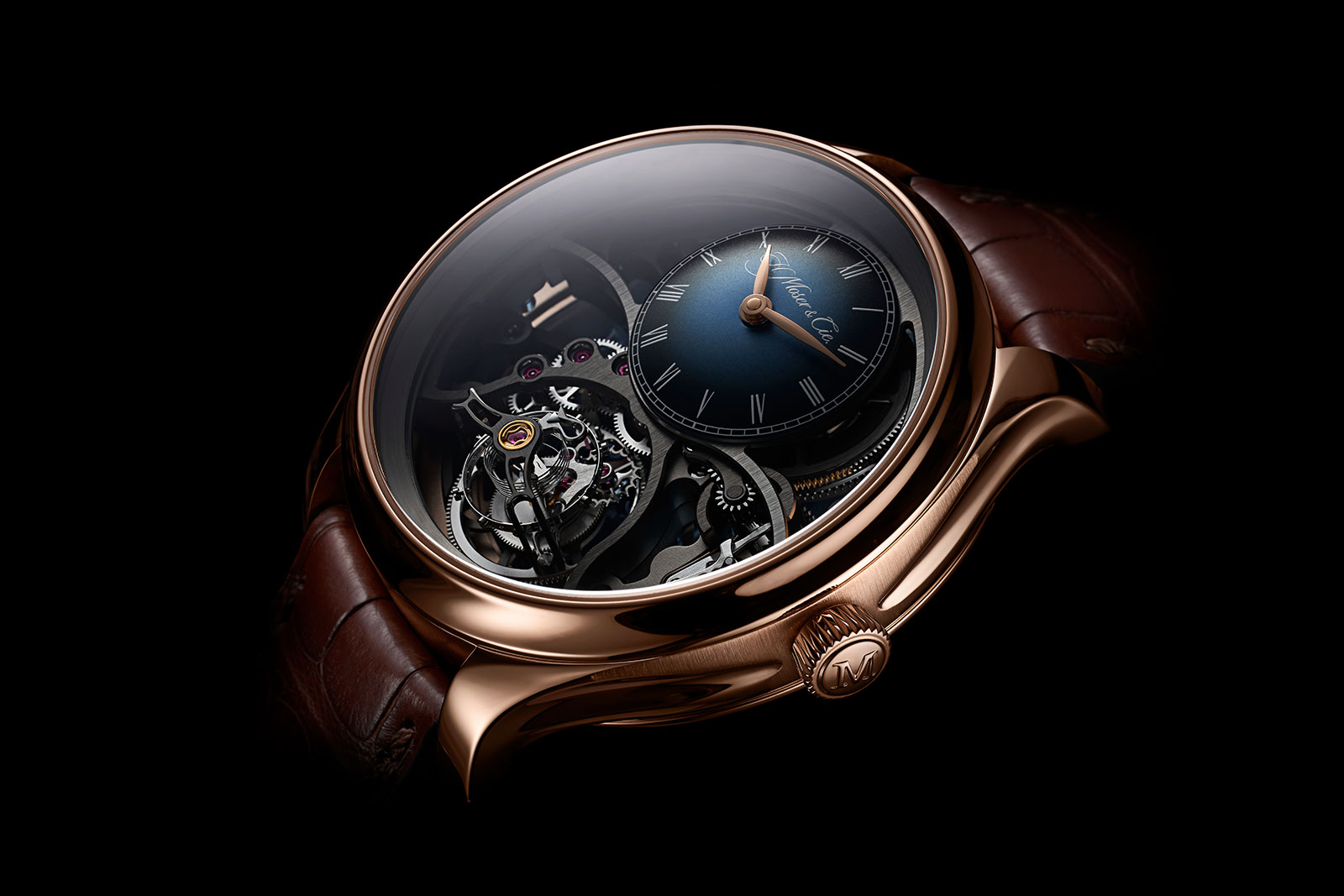 Right below the time display is a one-minute tourbillon secured by the wide “V” bridge that is a Moser trademark. But the bridge is taller than usual to accommodate a cylindrical hairspring with Breguet curves at each end.

Historically found in marine chronometers, the vertically coiled hairspring beats in a more consistently concentric motion than an ordinary flat hairspring, resulting in better isochronism, which means the balance beats more regularly regardless of power reserve or position. And of course the hairspring is essentially in-house, having been manufactured by Precision Engineering, the sister company of Moser. 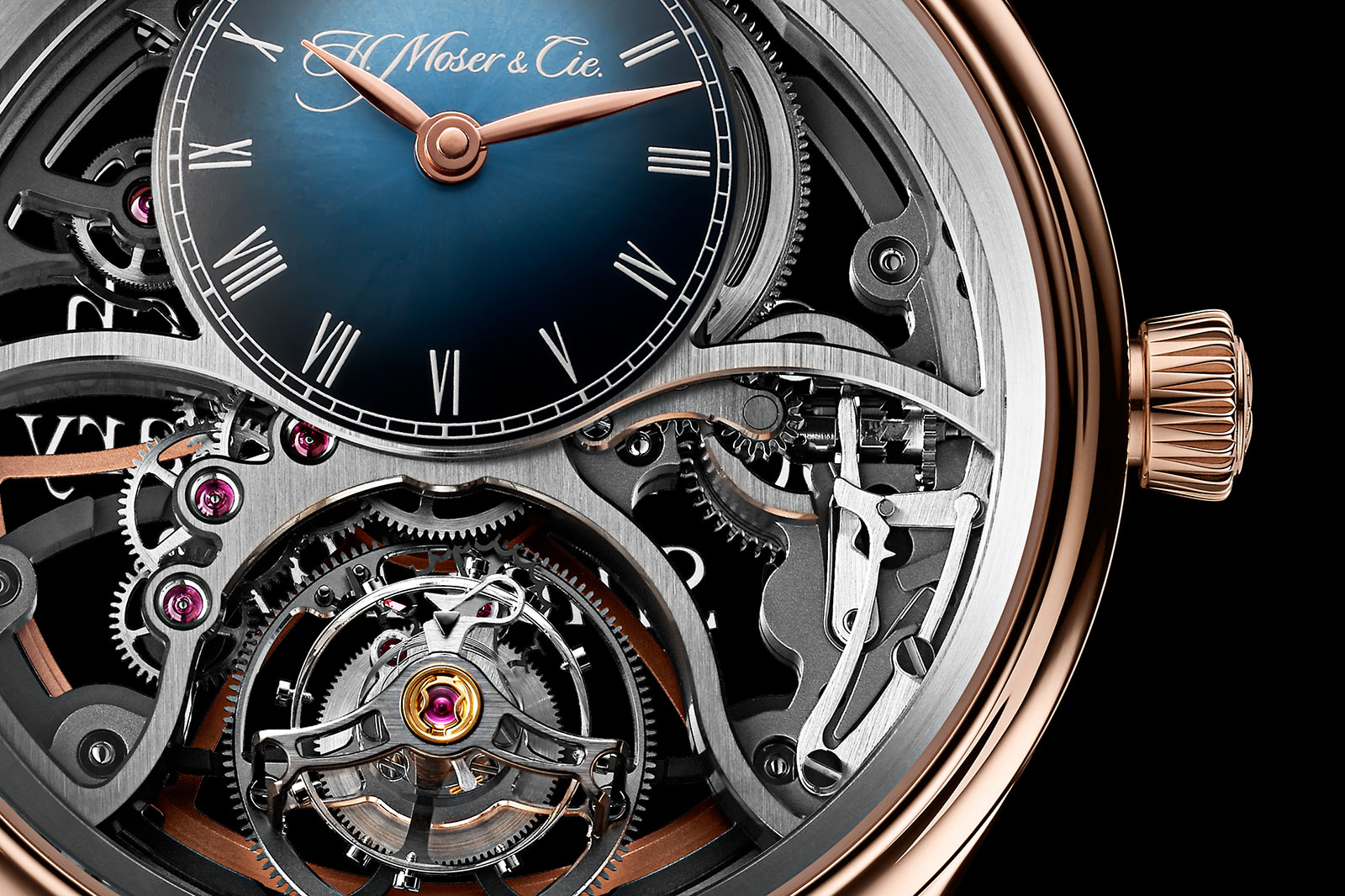 The case back is sapphire and reveals the reverse of the HMC 811, an automatic with a full rotor. It has a generous power reserve of 74 hours and employs the efficient pawl-based winding system better known as “Magic Lever”. 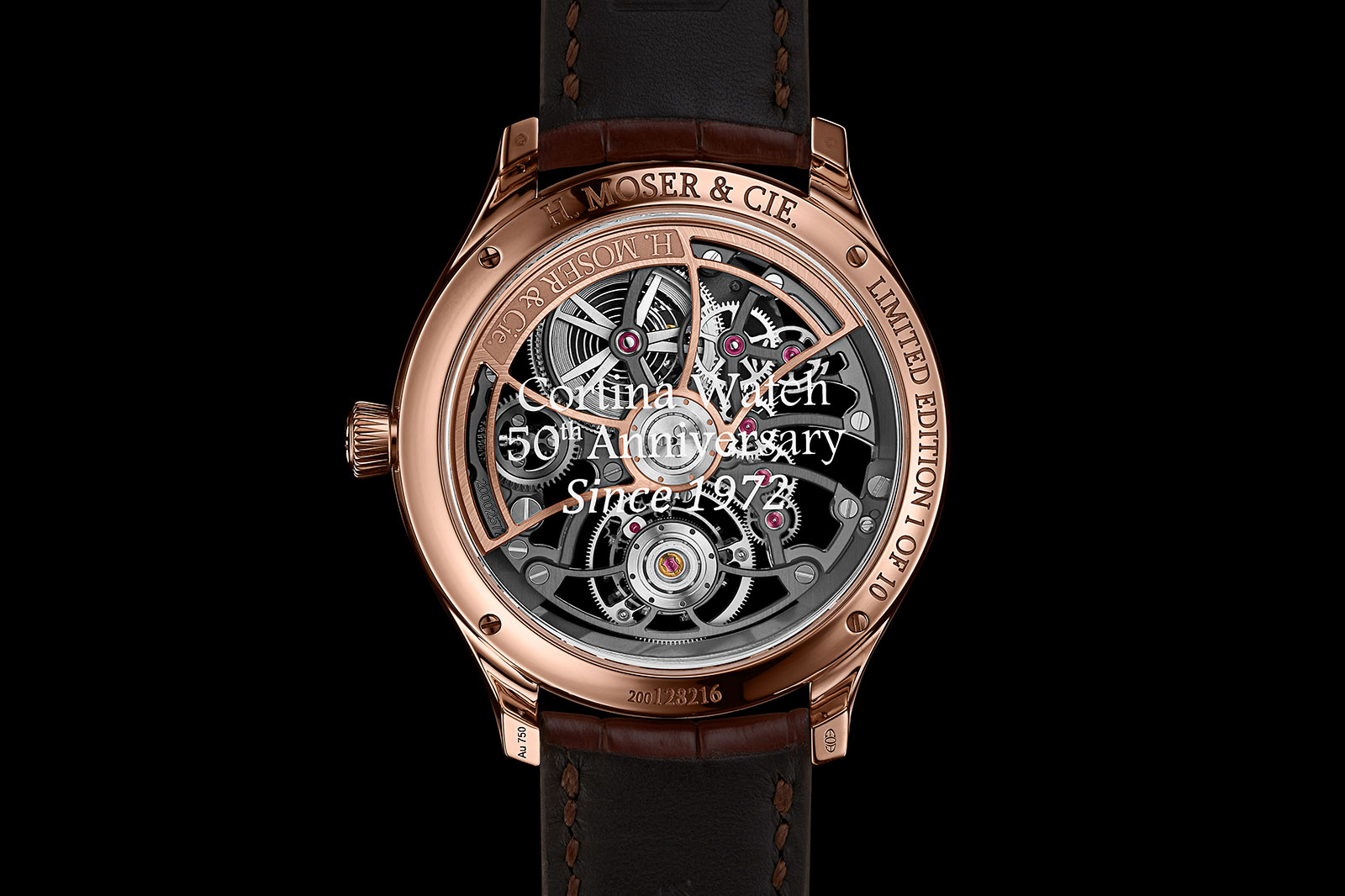 Different from the typical Moser.