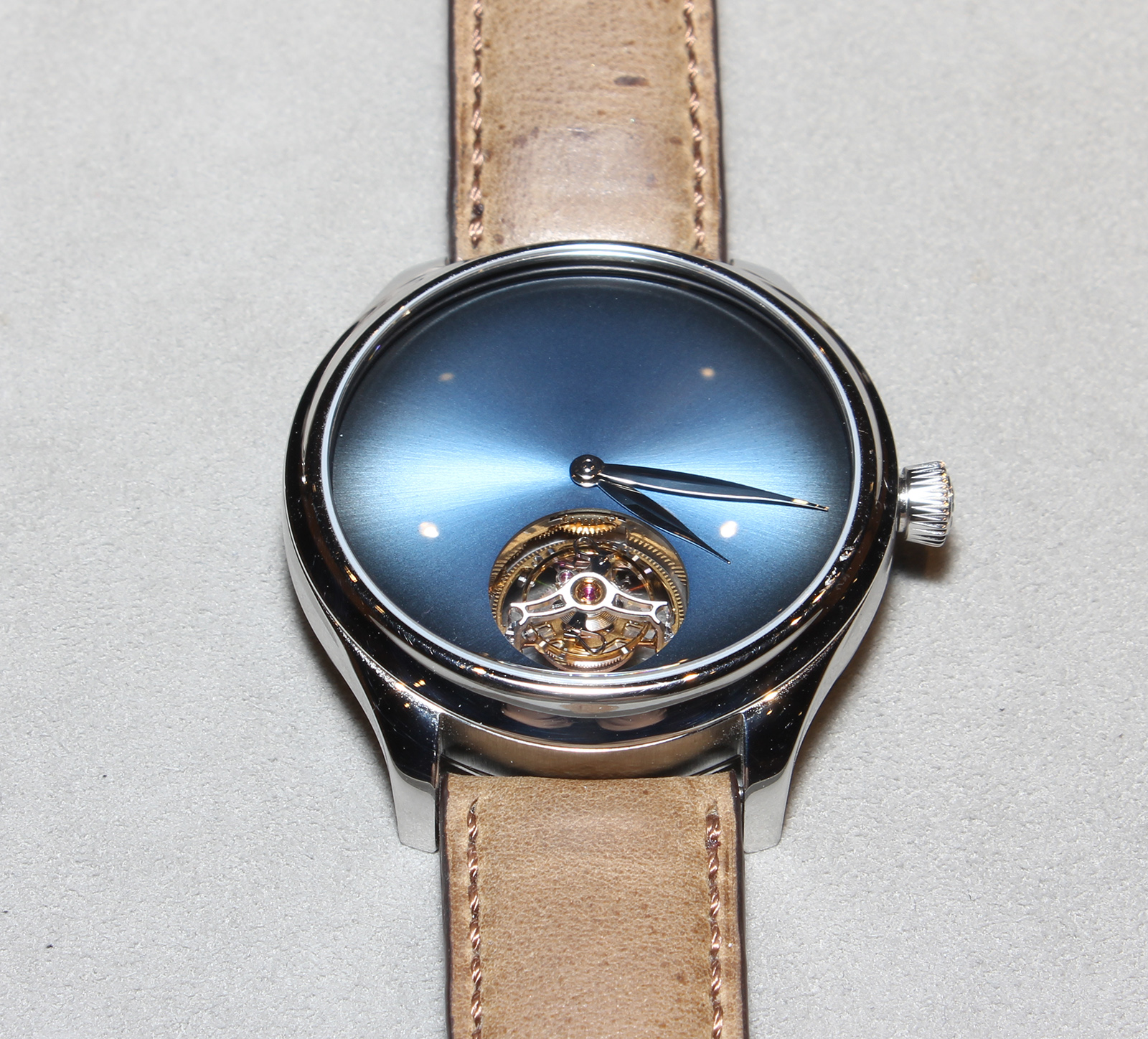 The “concept” watches of H. Moser & Cie. are provocatively pared down, and despite the name, are actual production models made to upend what the industry understands as concept watches.

Unveiled at Dubai Watch Week, the latest in the line-up of Moser’s bold minimalist designs is the Endeavour Tourbillon Concept. As with past models, the watch is entirely devoid of its indices and logo, starkly displaying a pair of leaf-shaped hands and a flying tourbillon at six o’clock on its gorgeous funky blue fumé dial with a graduated finish that goes from light in the centre to dark at the edges. Measuring 42mm in diameter, the case is white gold in the signature Moser style, featuring a concave bezel and case band.

The HMC 804 movement inside offers a three-day power reserve and is wound bidirectionally by an 18k red gold rotor. Unlike the first Moser tourbillon calibre introduced in 2014, the HMC 804 is equipped with a flying tourbillon, though the cage now takes the shape of the tourbillon bridge found on the earlier model.

Like the first tourbillon calibre, however, the HMC 804 is modular. Essentially, the tourbillon is put together and regulated independently prior to being installed, facilitating easier and faster servicing as the tourbillon assembly can be swapped for a freshly lubricated module. In addition, the movement is equipped with a feature reserved only for Moser’s top of the line movements: a pair of flat hairsprings produced in-house by Moser’s associate company, Precision Engineering AG. The hairsprings operate in the opposite direction for better concentricity, averaging out each other, thereby improving accuracy and isochronism.