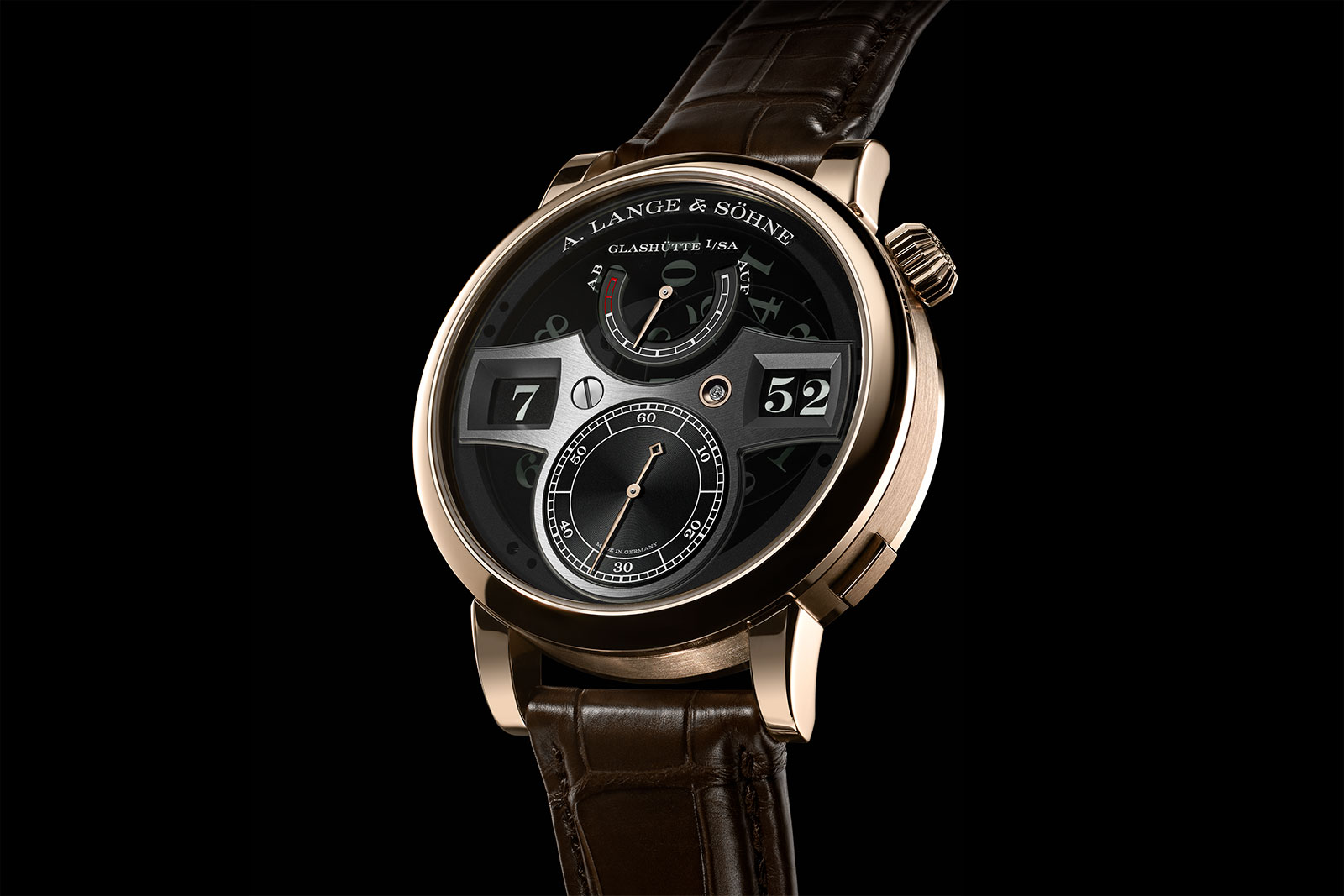 Having launched the second-generation Zeitwerk movement two years ago with a date display, A. Lange & Söhne has now upgraded the base model with the same calibre – except it’s not exactly a base model.

Limited to 200 watches, the Zeitwerk Honey Gold “Lumen” reimagines the Zeitwerk Phantom of 2010, but with a second-generation movement – which means a longer power reserve and quickset hours – and a case in 18k Honeygold, the brand’s proprietary gold alloy. 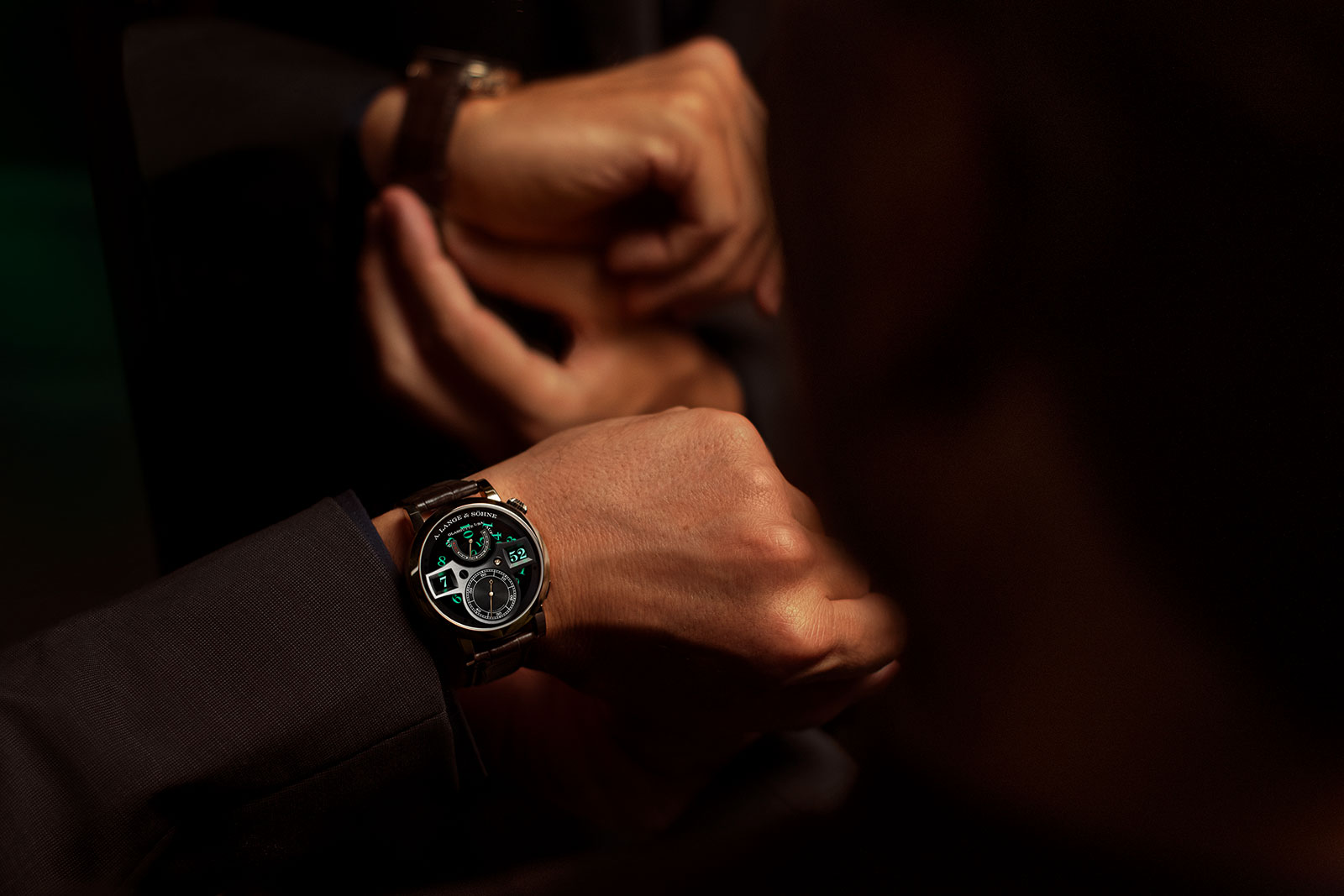 Lange is certainly introducing second-generation Zeitwerk in style. The combination of Honeygold and the tinted sapphire dial is striking – it is a good looking watch – while the improved movement removes all of the inconveniences of the first-generation calibre.

It is essentially a revisit of the Zeitwerk Phantom, but that takes nothing away from it. Enough time has passed since the Phantom that an encore is welcome, and it is also different enough with the Honeygold case and second-generation calibre. 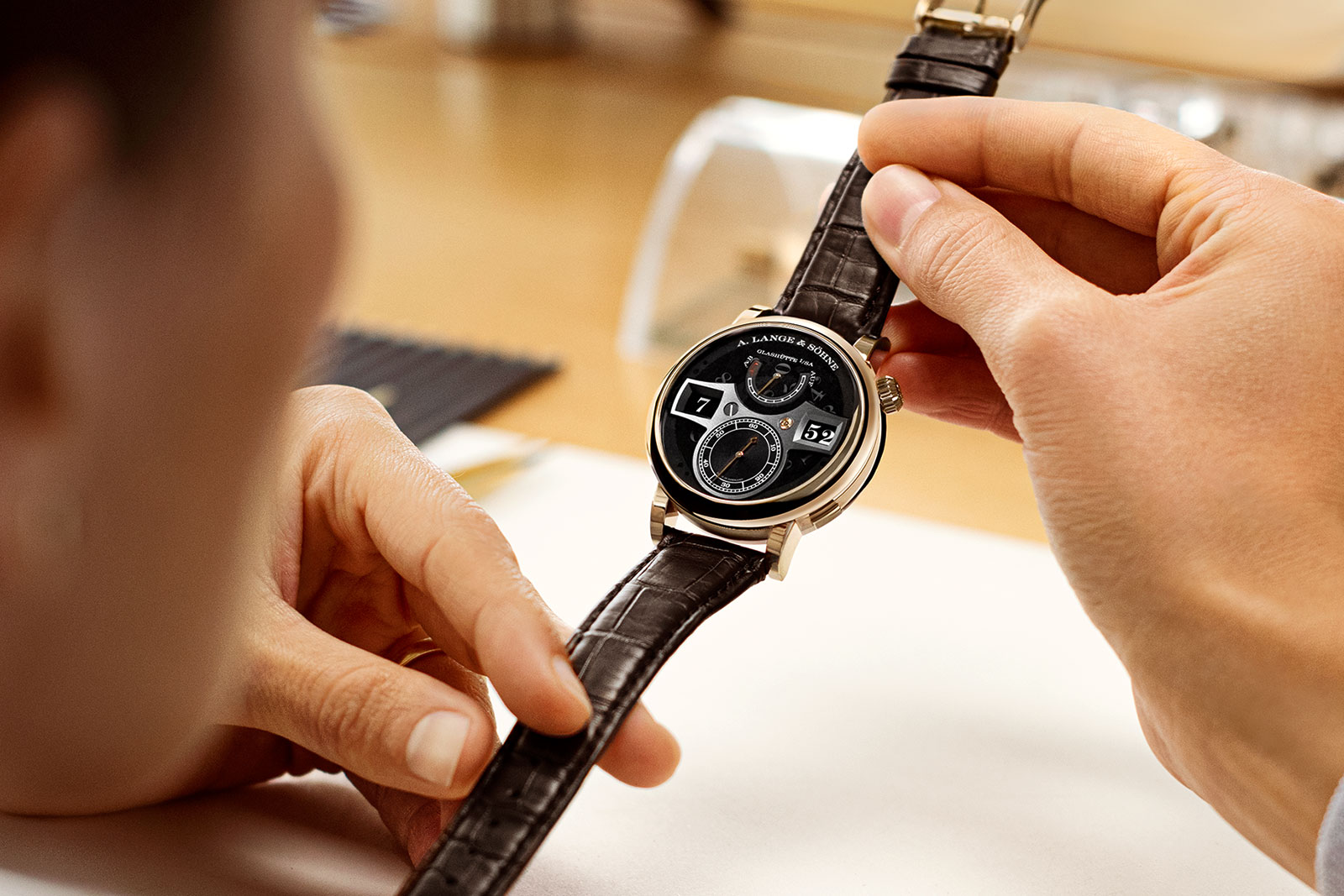 The only bit I wish was different is the red marking on the power reserve indicator. I’m not a fan because it jumps out relative to the rest of the dial, and adds colour to what should be a monochromatic design.

At €114,000 the new Zeitwerk is a chunk of change but it’s not exorbitant considering the complication. And perhaps more relevant is the fact the secondary market values for past Lumen editions have escalated rapidly, which makes this inexpensive in comparison. 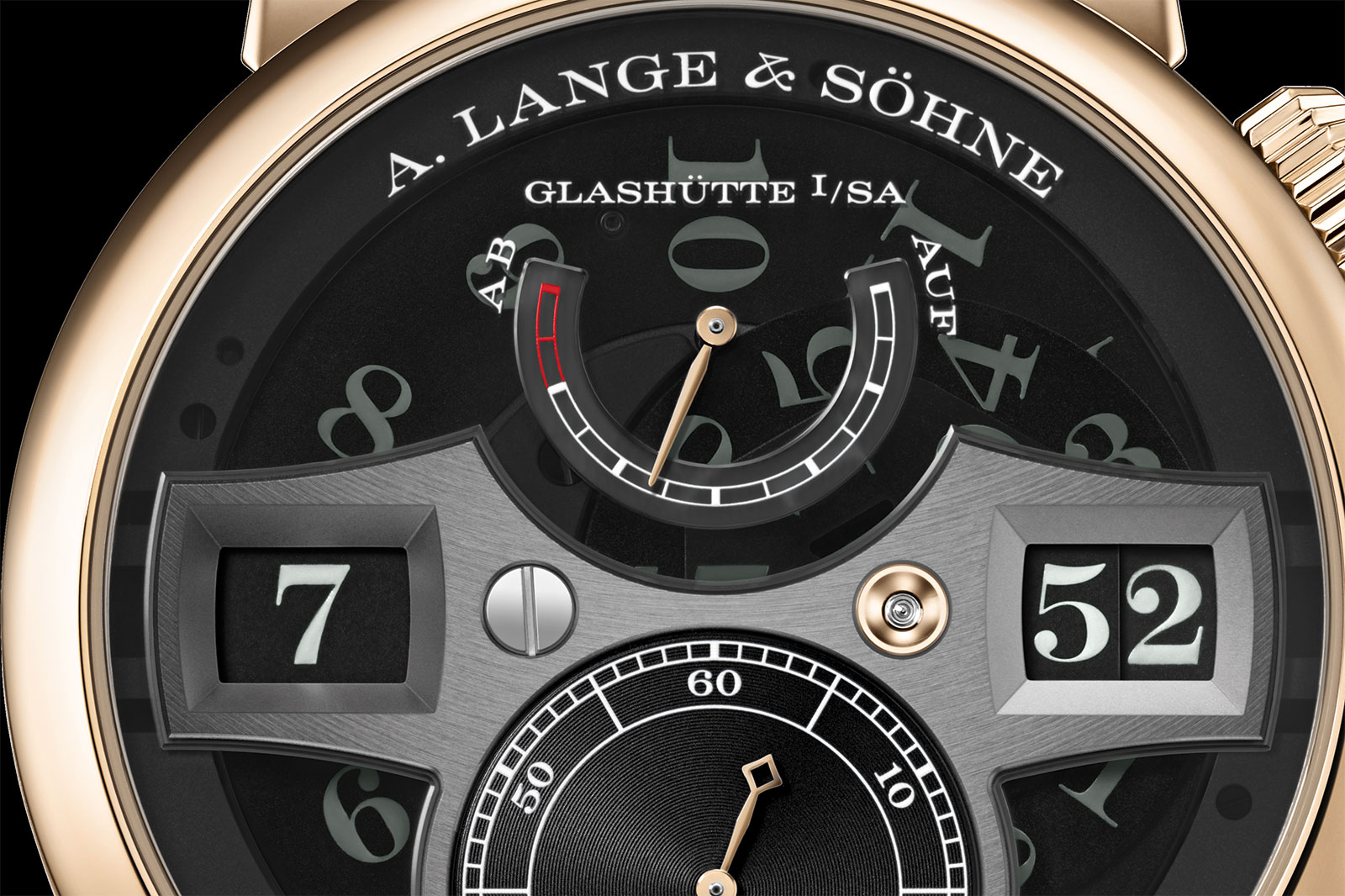 The new Zeitwerk has two key characteristics that make it special. The more obvious is the case metal – this is the first Zeitwerk with a case in Honeygold. And it’s also the first Lumen limited edition in the metal; prior editions were all in platinum, including the Datograph Lumen of 2018.

A favourite metal of the brand for limited editions – including last year’s 175th Anniversary “Homage to F.A. Lange” trio – Honeygold is exclusive to Lange in watchmaking. It’s a cross between rose and yellow gold in terms of colour, but notably harder than conventional 18k gold alloys, making it slightly more wear resistant. 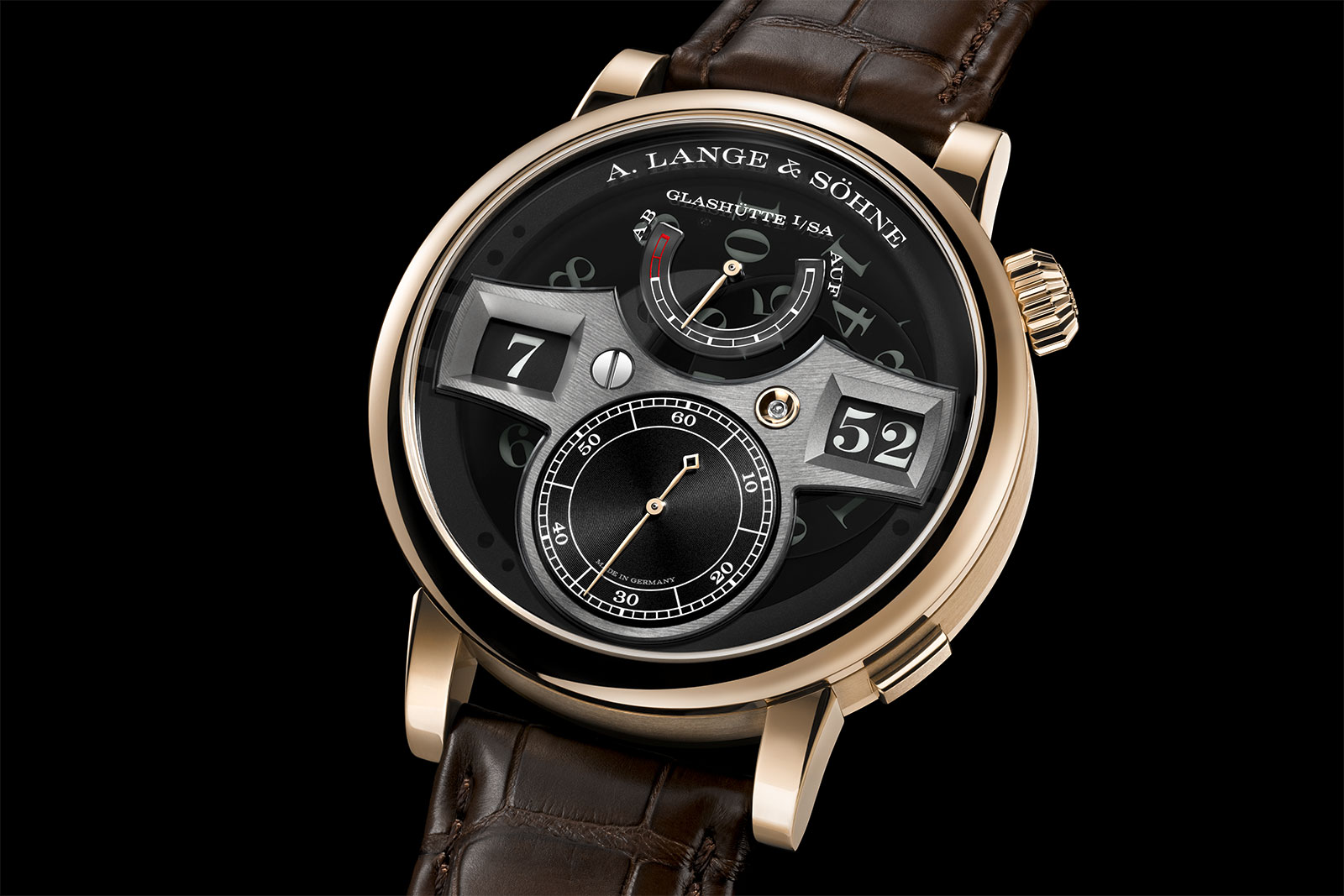 The Honeygold case is matched with a clear sapphire dial that’s been tinted grey, revealing the discs of the time display below.

And like the Zeitwerk Phantom before, the Zeitwerk Lumen has its time-display bridge plated in black rhodium, giving it a dark grey finish that complements the tinted sapphire dial. Ordinary Zeitwerk models all leave the bridge in its natural silvery finish. 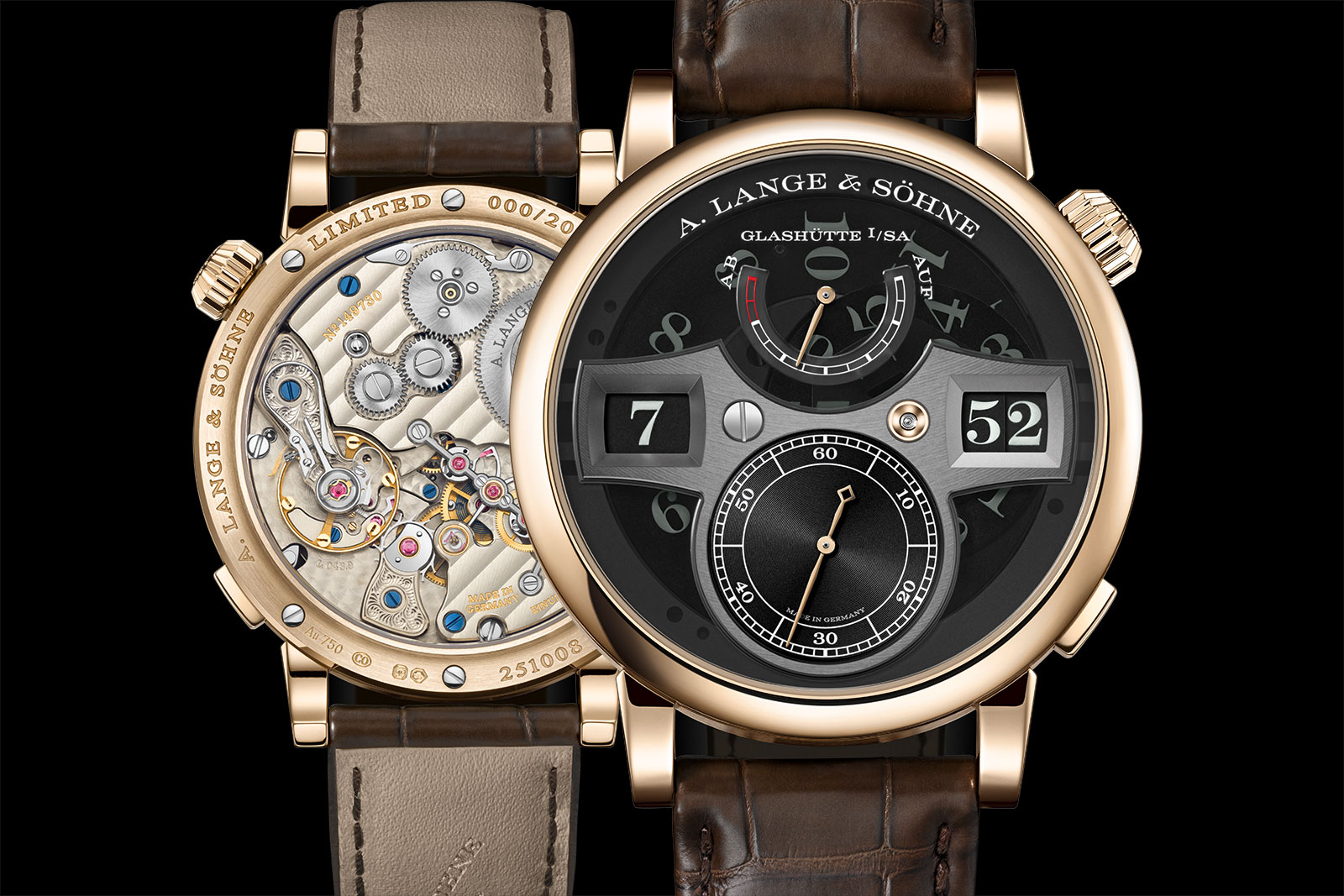 The Zeitwerk Lumen is equipped with the L043.9, a second-generation Zeitwerk movement alongside the L043.8 of the Zeitwerk Date

Compared to past Zeitwerk models, the Zeitwerk Lumen has one feature that stands out: the pusher at five o’clock. First seen on the Zeitwerk Date, which was the first Zeitwerk to feature a second-generation movement, the pusher is a quickset adjuster for the hour display – a giveaway that the movement within is second generation.

Pressing the button advances the hour indication by one hour, doing away with the need to laboriously cycle through 60 minutes in order to advance the hour, which was the case for the first-generation movement. 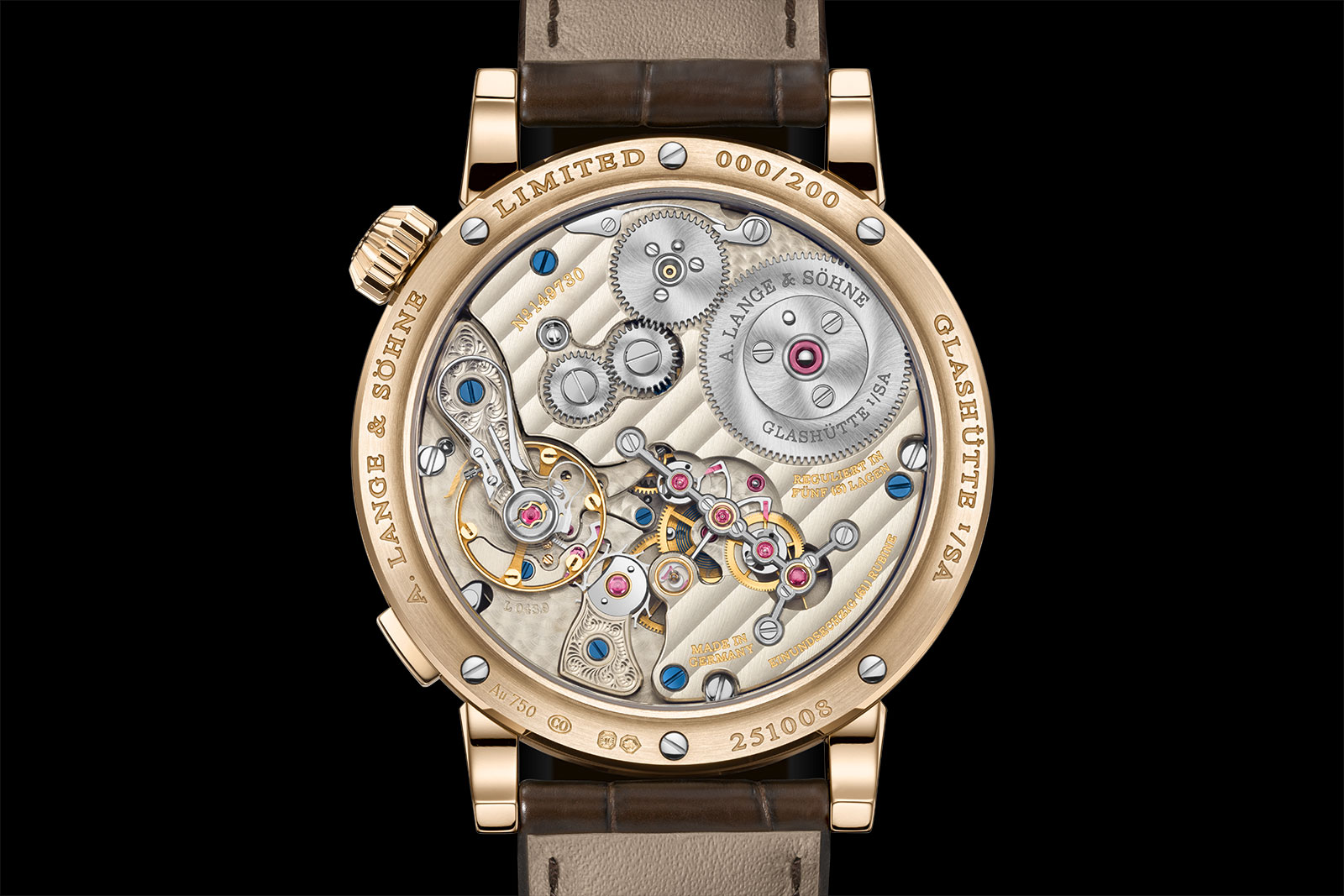 Another obvious element that sets the L043.9 inside the Zeitwerk Lumen apart from its predecessor is the straight remontoir bridge on the back.

Shaped like an anchor, the bridge is one of the defining aesthetic features of the Zeitwerk movement. It was awkwardly kinked in the first-generation calibre, but is now linear and more slender. 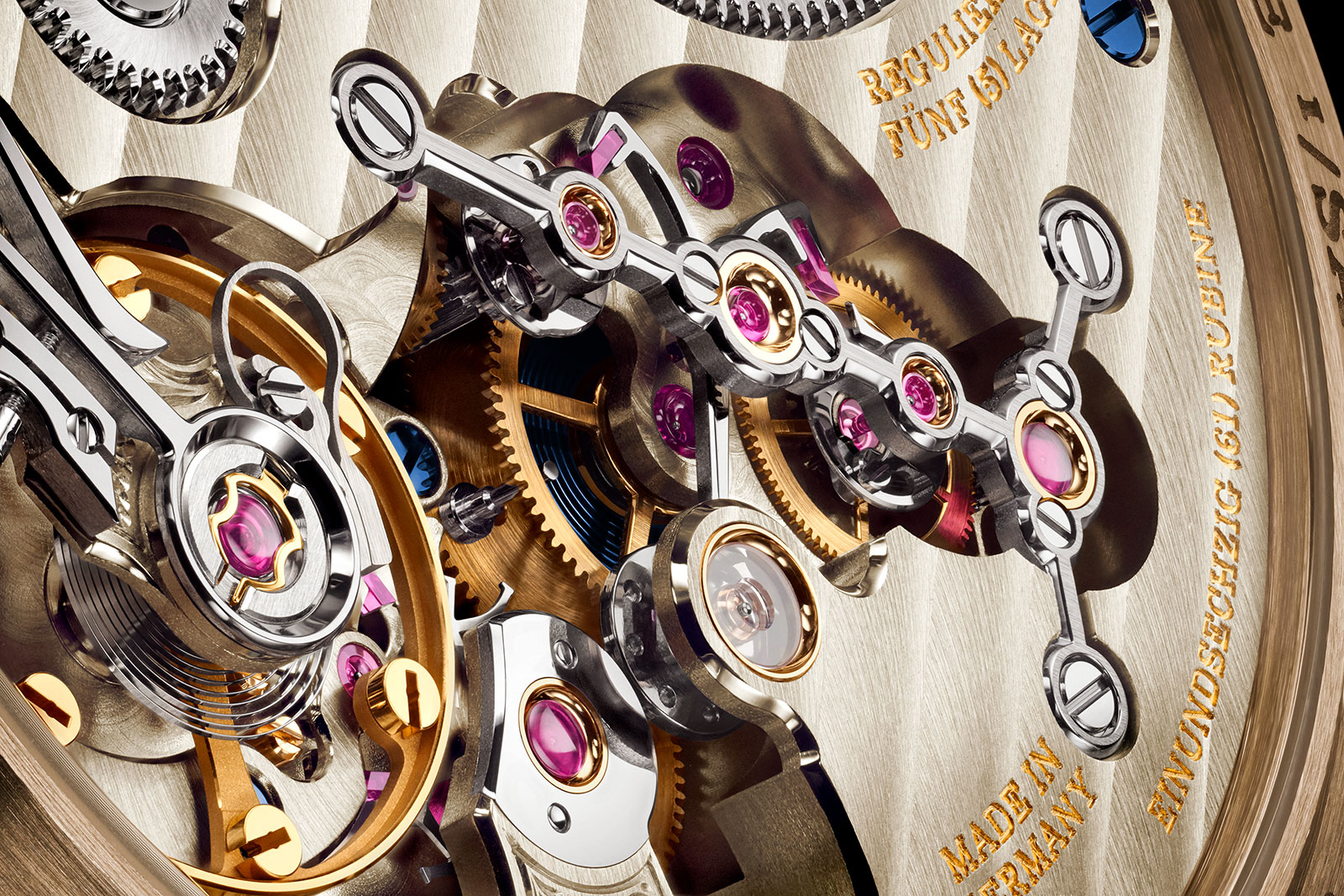