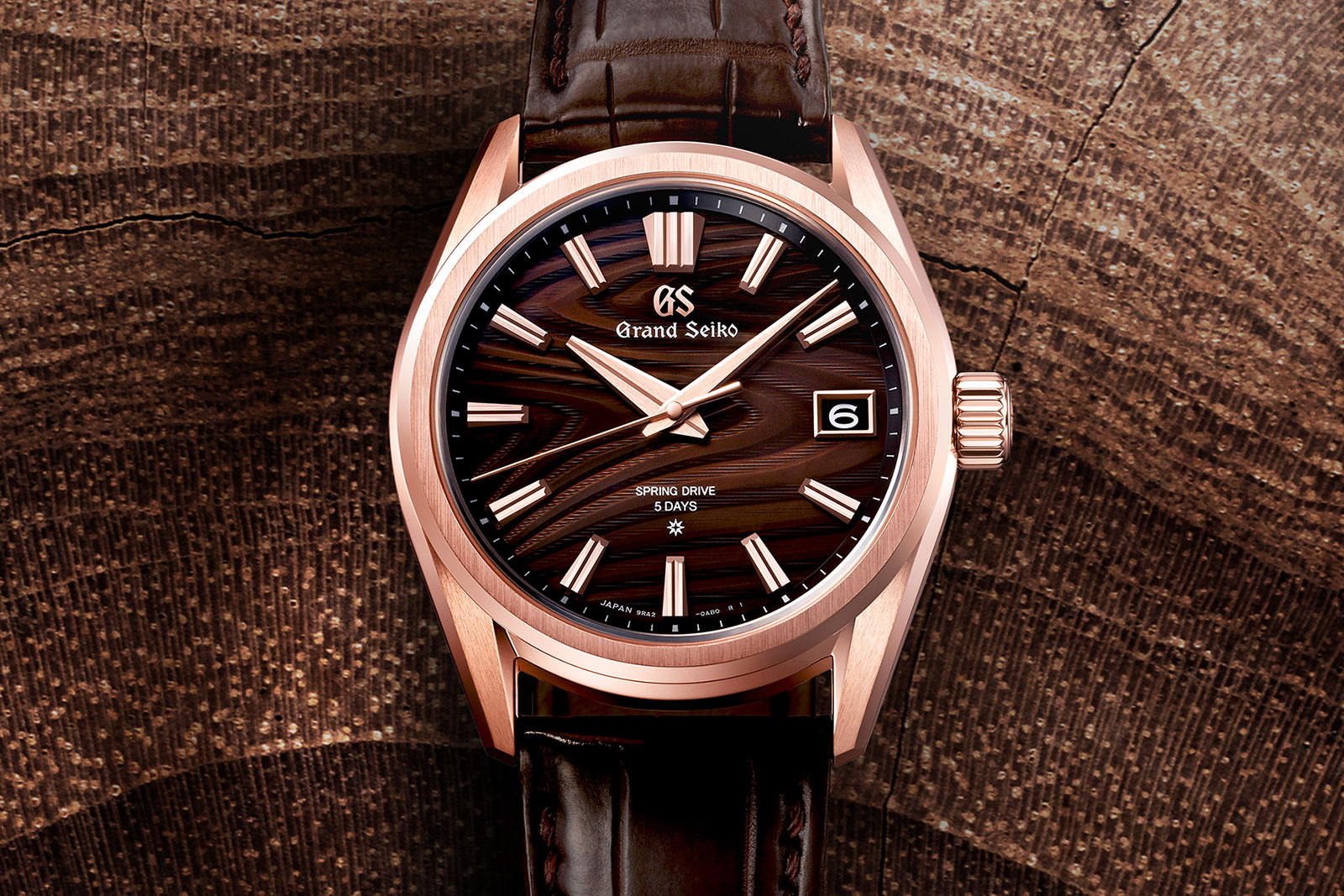 Having introduced a new design language along with the all-new, automatic 9SA5 last year, Grand Seiko is now doing the same for the Spring Drive. The watchmaker has debuted a pair of Heritage Collection Seiko 140th Anniversary Limited Editions, the “Minamo” SLGA007 in steel and the “Tree Rings” SLGA008 in rose gold.

Both are powered by the 9RA2 that’s part of the family of latest-generation Spring Drive movements first seen last year in the Grand Seiko Diver 600 m SLGA001. Just 5 mm high, the slimness of the 9RA5 means the pair of new models are the thinnest Grand Seiko Spring Drive watches to date.

That’s a good thing for two reasons. One is the intrinsic appeal of the design, which is vintage inspired and appealing, packaged in a case that’s a good size and easily wearable.

And the other is the increased consistency in styling between Grand Seiko’s Spring Drive and automatic models, doing away with the confusing distinction between movements and designs. 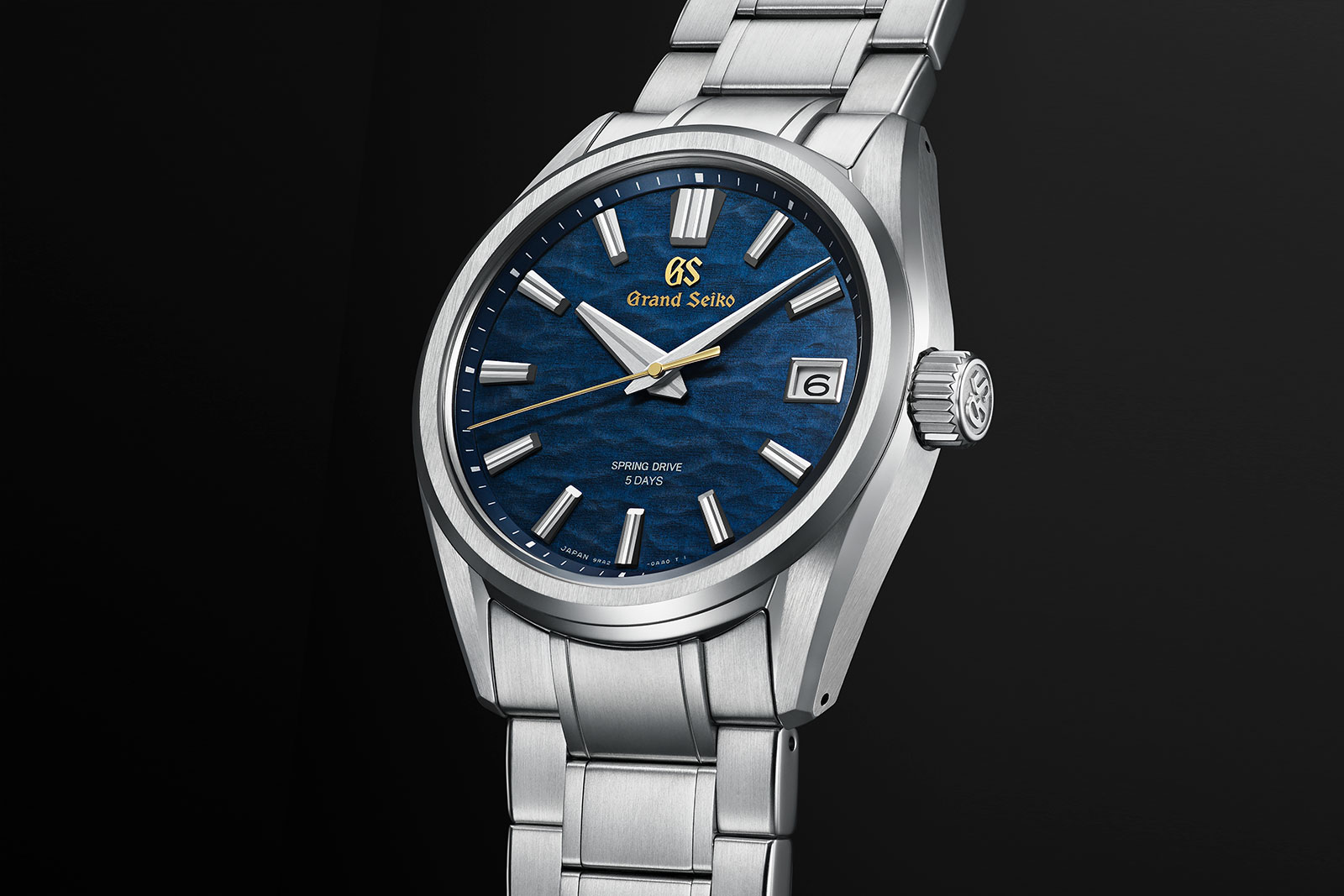 But that’s also the downside for the buyers of the limited-edition models (either these or the automatics), since the design has been replicated as a standard-production watch with the automatic movement, and the same will surely be done for the new 9RA2 Spring Drive movement.

Still, the new models are appealing as Spring Drive watches on two levels. One is the thin case – an achievement made possible by the slim movement and notable given that Spring Drive watches were fairly thick historically. And the other is the design: instead of being on the dial as is tradition with the Spring Drive, the power reserve indicator is on the back, creating a clean, fuss-free look on the front.

Both the new Spring Drive models are priced almost the same as the equivalent automatic models. The mechanical versions do cost a bit more, but only marginally so, with a difference of between a few hundred to US$1,000 for the steel versions. In short, the new models are priced significantly more than Grand Seiko watches historically cost, but they do have better and newer movements.

With similar pricing and almost identical design, that makes the choice between a Spring Drive or automatic almost entirely one of movement preferences – either traditional mechanical or a modern-day hybrid.

And the dials retain the same retro-inspired design characterised by wider hour markers and hands. 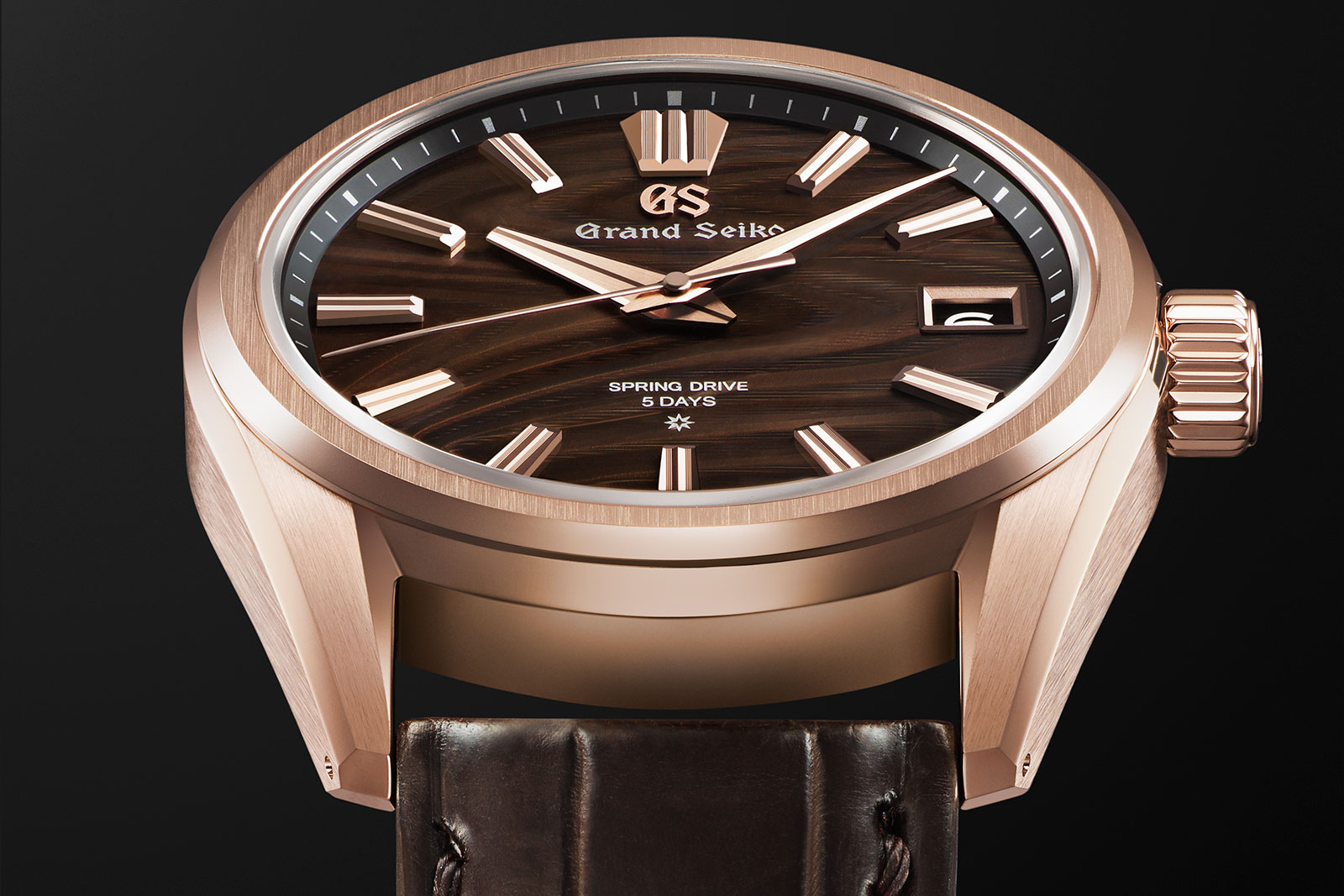 The key feature is the 9RA2 inside. It’s a latest-generation movement that’s part of the same family as the 9RA5 launched last year. The difference between the two calibres is the position of the power reserve indicator: on the dial for last year’s 9RA5 and on the back for the new 9RA2. 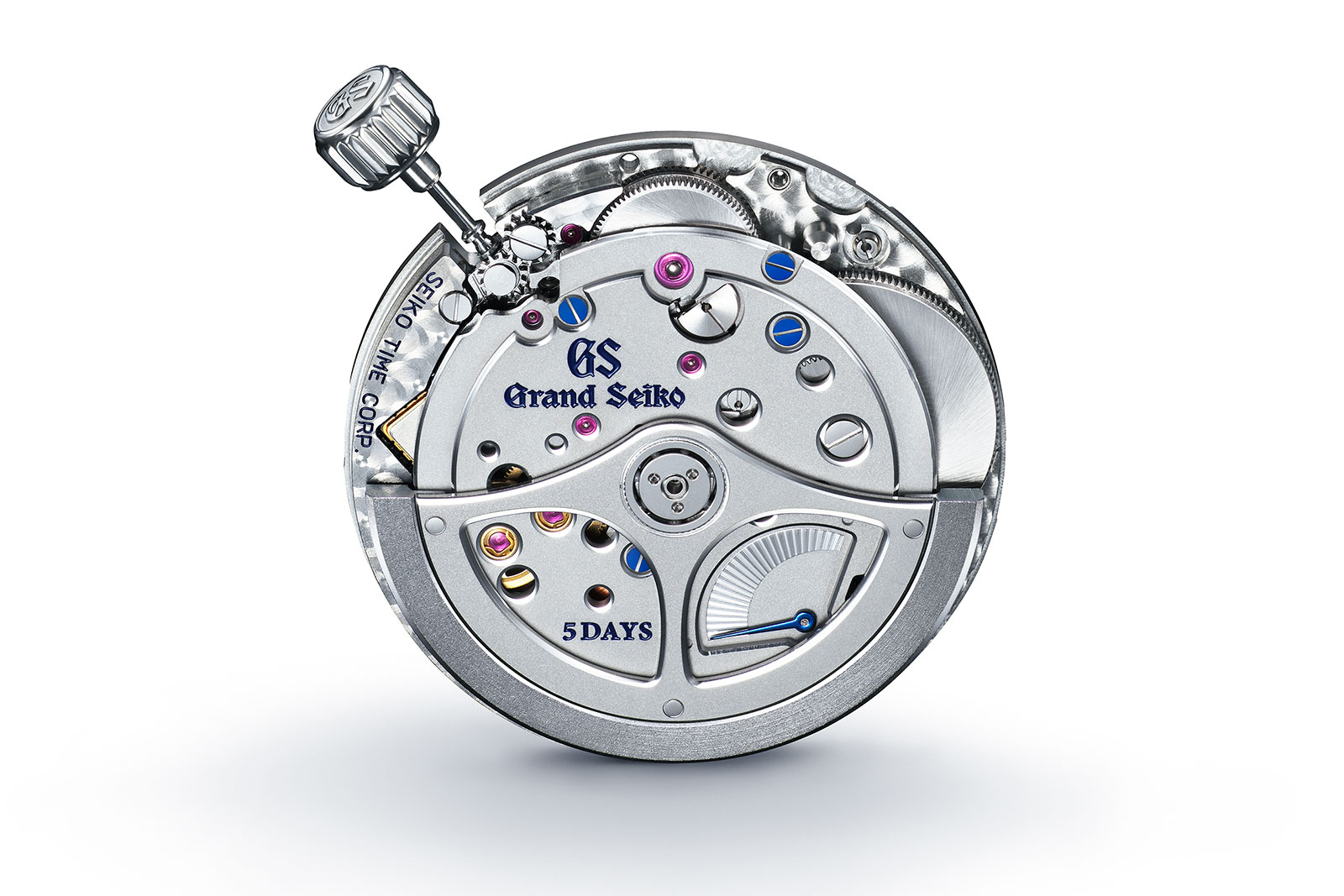 Power reserve aside, the 9RA2 retains all of the same features, most notably double barrels and a five-day power reserve, along with more elaborate decoration.

Inspired by the winter landscapes of Shiojiri, the bridges and rotor are frosted, while the jewels and screws sit in polished countersinks.

Grand Seiko Spring Drive watches are produced at the Shinshu Watch Studio inside Seiko-Epson’s factory in Shiojiri, a 30-minute drive from Lake Suwa.

That body of water provides inspiration for the “Minamo” SLGA007, which has a dial textured to resemble the gentle waves on the lake’s surface, hence the nickname “Minamo” (水面), which translates as “water’s surface”. 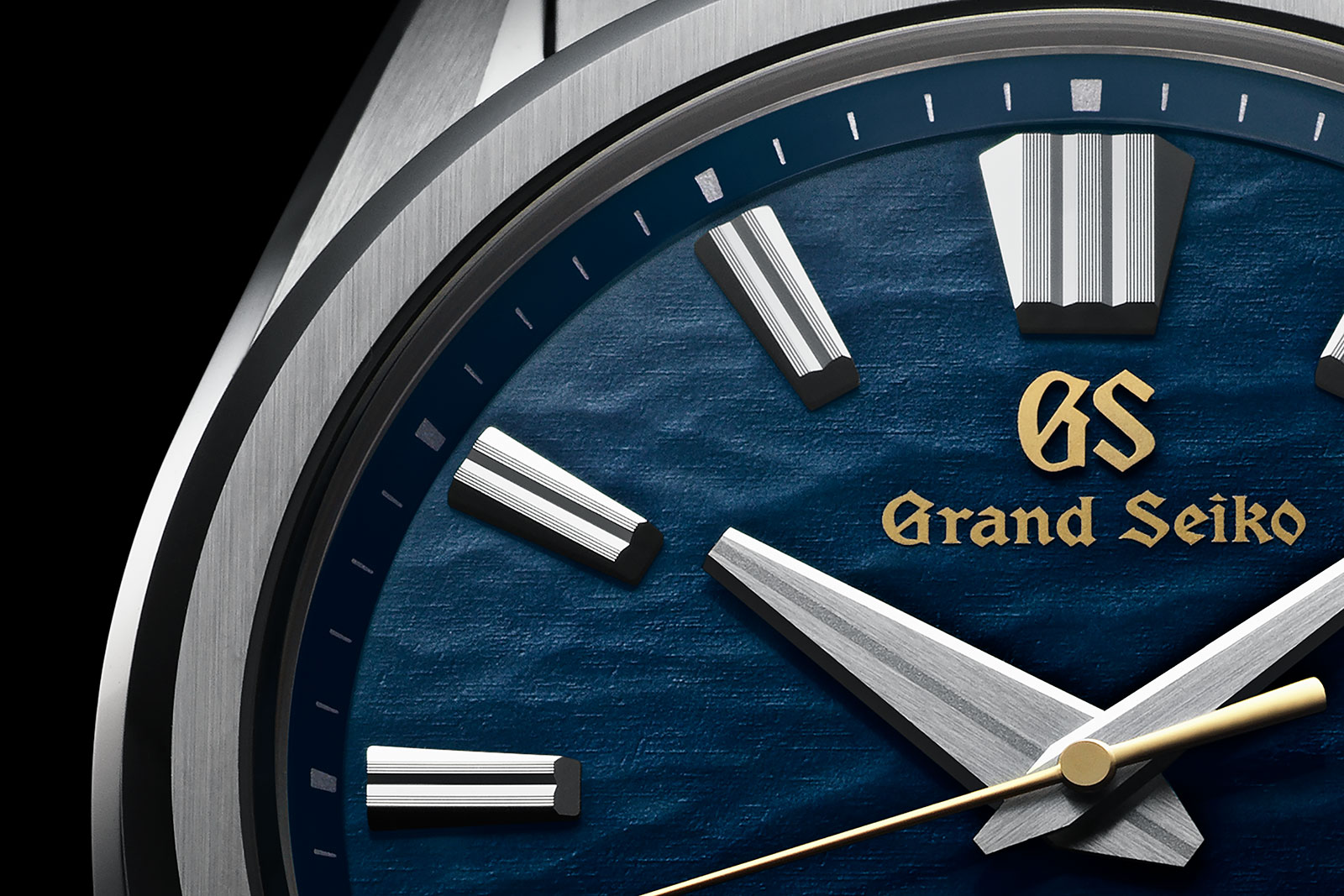 Dark blue with a stamped pattern, the dial has gold accents in the form of the logo and seconds hand 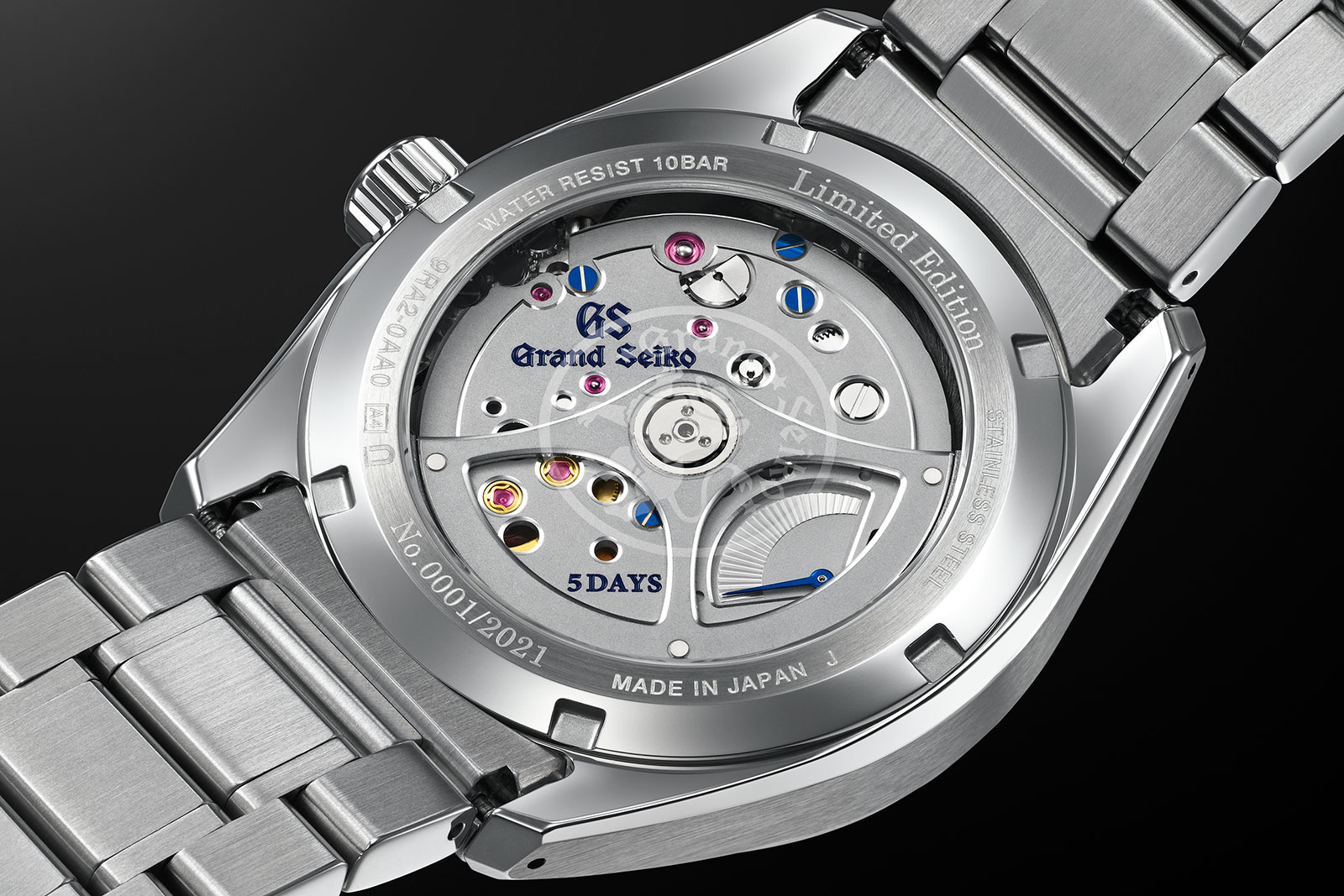 Limited to 2,021 watches, the SLGA007 has a 40 mm steel case featuring a display back that reveals the new 9RA2 The case is matched with a steel bracelet that has a solid-gold medallion inset on the clasp, as is typical for Grand Seiko limited editions

The SLGA008 is similar to last year’s SLGH007, the flagship Grand Seiko automatic in platinum. In fact, the new SLGA008 has an identically-patterned, wood grain dial. While the automatic version was executed in black, the SLGA008 dial is an earthy brown.

As with most Grand Seiko limited editions cased in precious metal, the SLGA008 has its hour markers, date window frame, and “GS” logo in solid gold, signified by the tiny star emblem above six o’clock that indicates “SD”, or “special dial”.