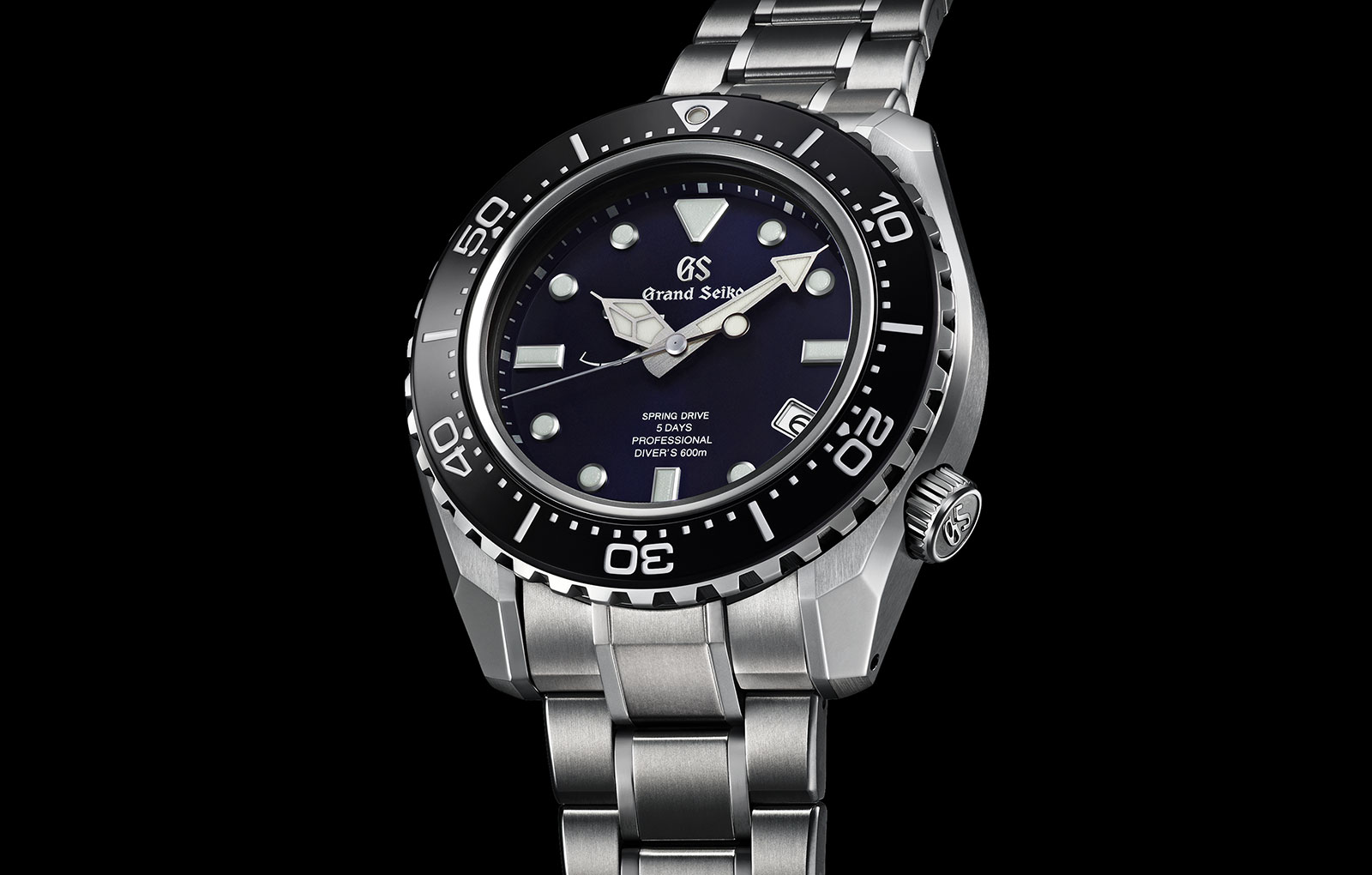 Having just unveiled the impressive 9SA5 automatic movement in the Hi-Beat 80 Hours SLGH002 as part of its 60th anniversary line-up, Grand Seiko is also rolling out a newly-developed Spring Drive movement – the first with a five-day power reserve and thermocompensation. Unusually, the new calibre is making its debut in a dive watch, the Grand Seiko 600M Professional Diver’s watch (ref. SLGA001).

Both the case and bracelet are made of Seiko’s proprietary “high-intensity” titanium, which 30% lighter than steel and more resistant to scratches, so the size of the SLGA001 does not translate into substantial weight. 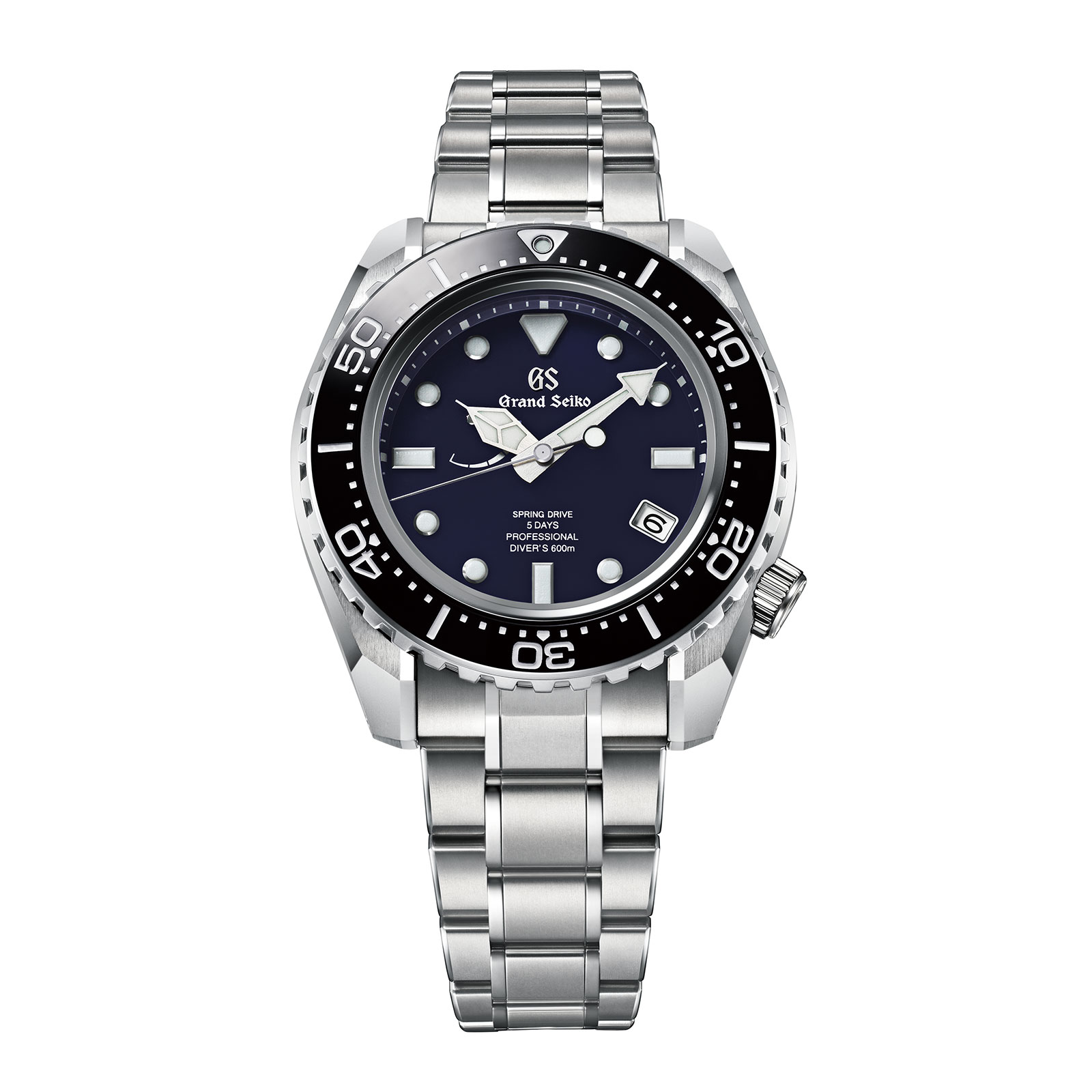 The date display on the new diver is at four o’clock, instead of the usual three o’clock. But the date is not just a relocation – thanks to the new 9RA5 movement, the date disc jumps at a “greatly increased” speed for a crisper changeover. 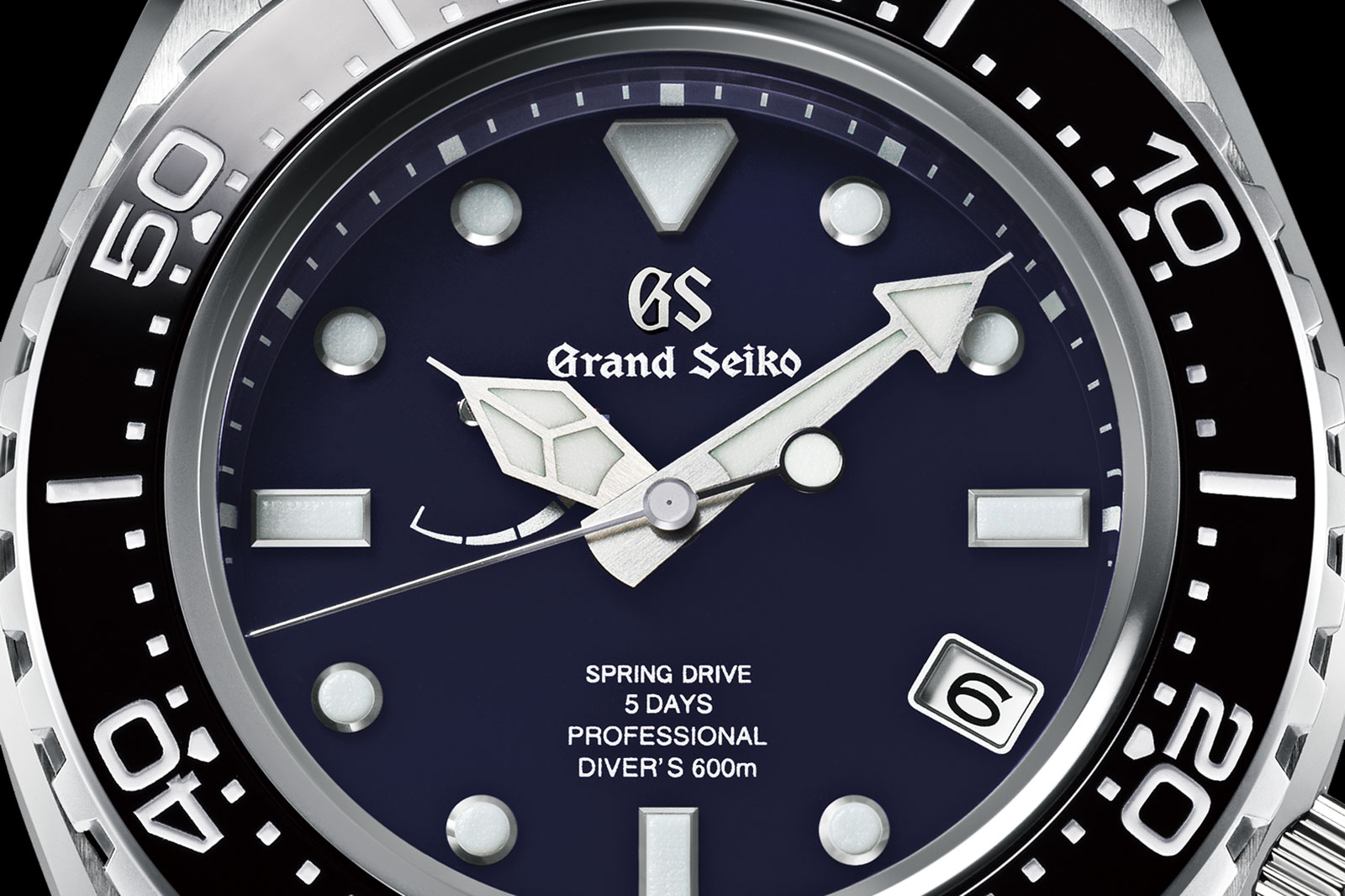 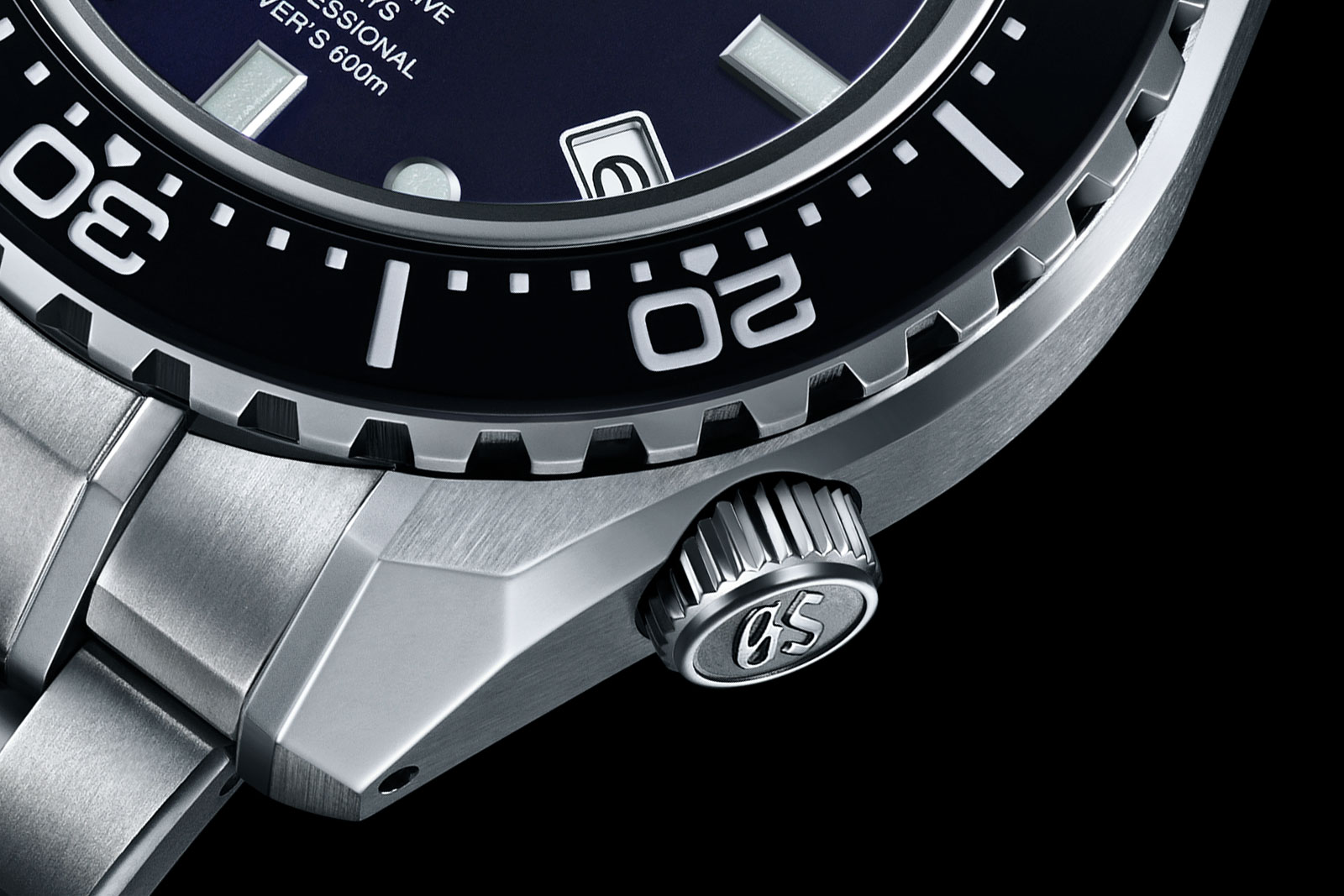 While the design of the watch contains no surprises, the Spring Drive movement inside is brand new and incorporates several features originally found in the top-of-the-line 9F quartz movement.

To recap, Spring Drive is Seiko’s hybrid-mechanical movement that has a mainspring and gear train but is electronically regulated. The going train powers a glide wheel that generates a small electrical current, which in turn powers an integrated circuit (IC) regulated by quartz oscillator. Relying on the quartz oscillator as a reference timekeeper, the IC regulates the speed of the glide wheel by applying an electromagnetic braking force to it when necessary. 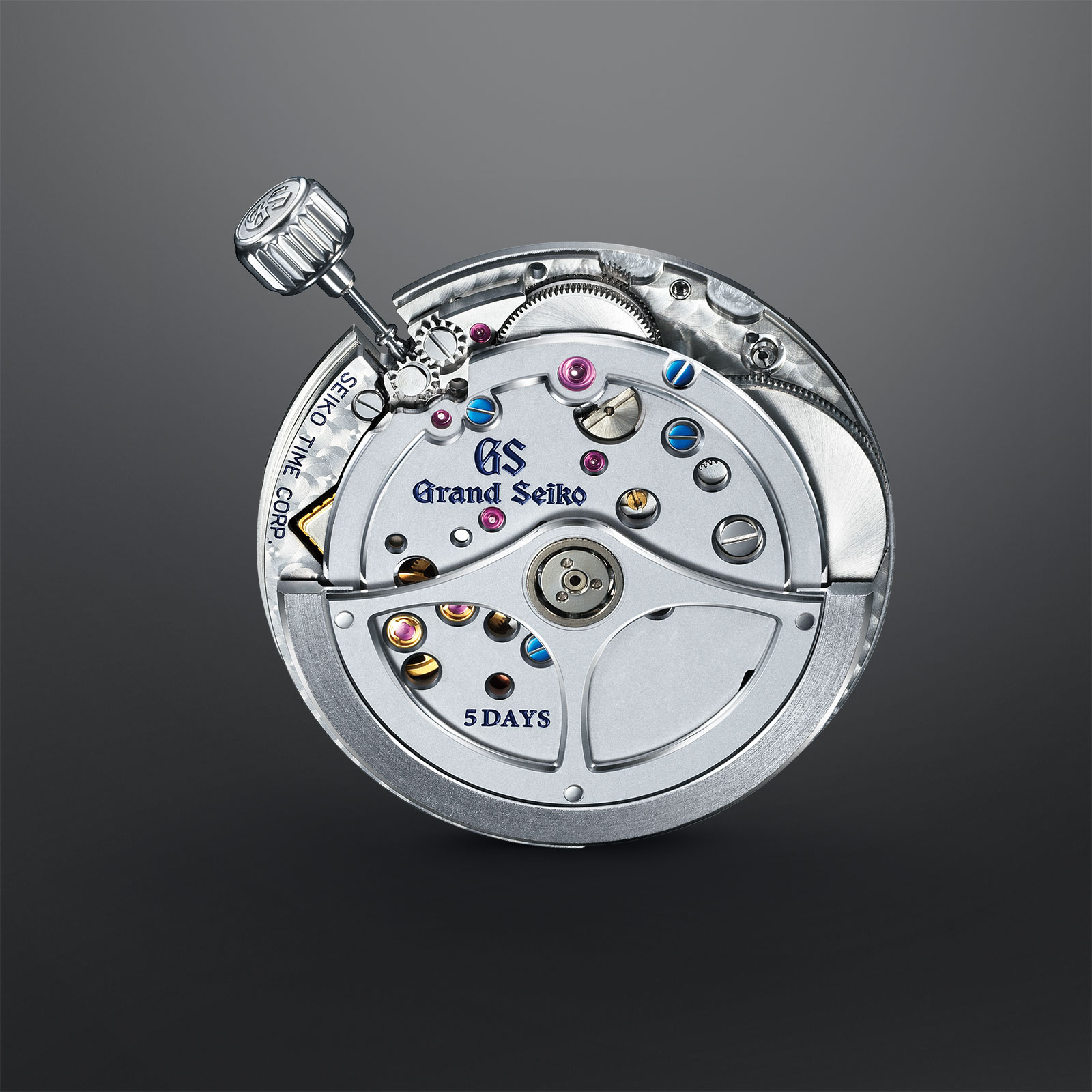 Equipped with a new IC, the 9RA5 enjoys a jump in accuracy, going from within 15 seconds a month for the earlier generation of movements, to just 10 seconds. One of the reasons behind the rise in accuracy are the specially-selected, three-month aged quartz crystals: each movement receives a cherry-picked quartz crystals that exhibits the greatest stability during testing – which is also of the features of the 9F quartz calibre.

Also, the 9RA5 marks the first time that a Spring Drive IC incorporates a temperature sensor to compensate for temperature-induced variations to the vibrations of the quartz crystal. And to prevent the effects of environmental factors such as humidity, static electricity or light, the oscillator and sensor are vacuum-sealed in a capsule, once again something first found in the 9F. 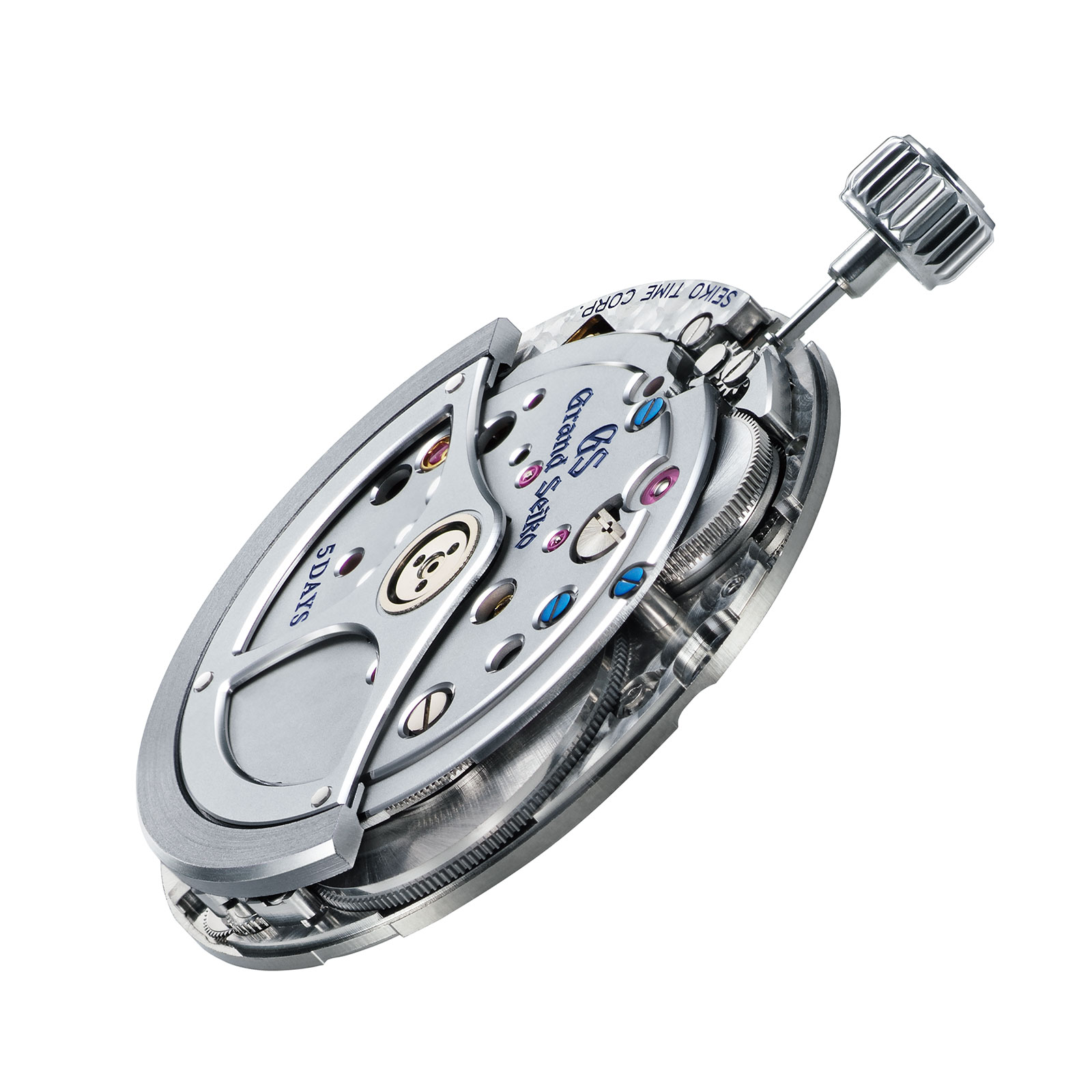 The new movement also has a full bridge on top with a frosted finish, continuing the aesthetic first seen on last year’s 9R31 Spring Drive movement

Mechanically, the 9RA5 has been designed to be slimmer, so it is 5.0 mm high, versus the 5.8 mm of its predecessor, the 9R65. This was achieved by restructuring the movement’s gear train, arranging it in a smaller space around the centre of the movement where all of the wheels are secured by a single bridge. Having the gear train under a single bridge also improves shock resistance and movement rigidity, a useful feature for a sports watch.

And the movement also uses mainspring barrels operating in series that provide a power reserve of five days, instead of one large barrel. Intriguingly, the twin barrels are of different sizes – Grand Seiko terms them Dual-Size Barrels – a necessity to maximise the available space within the movement. 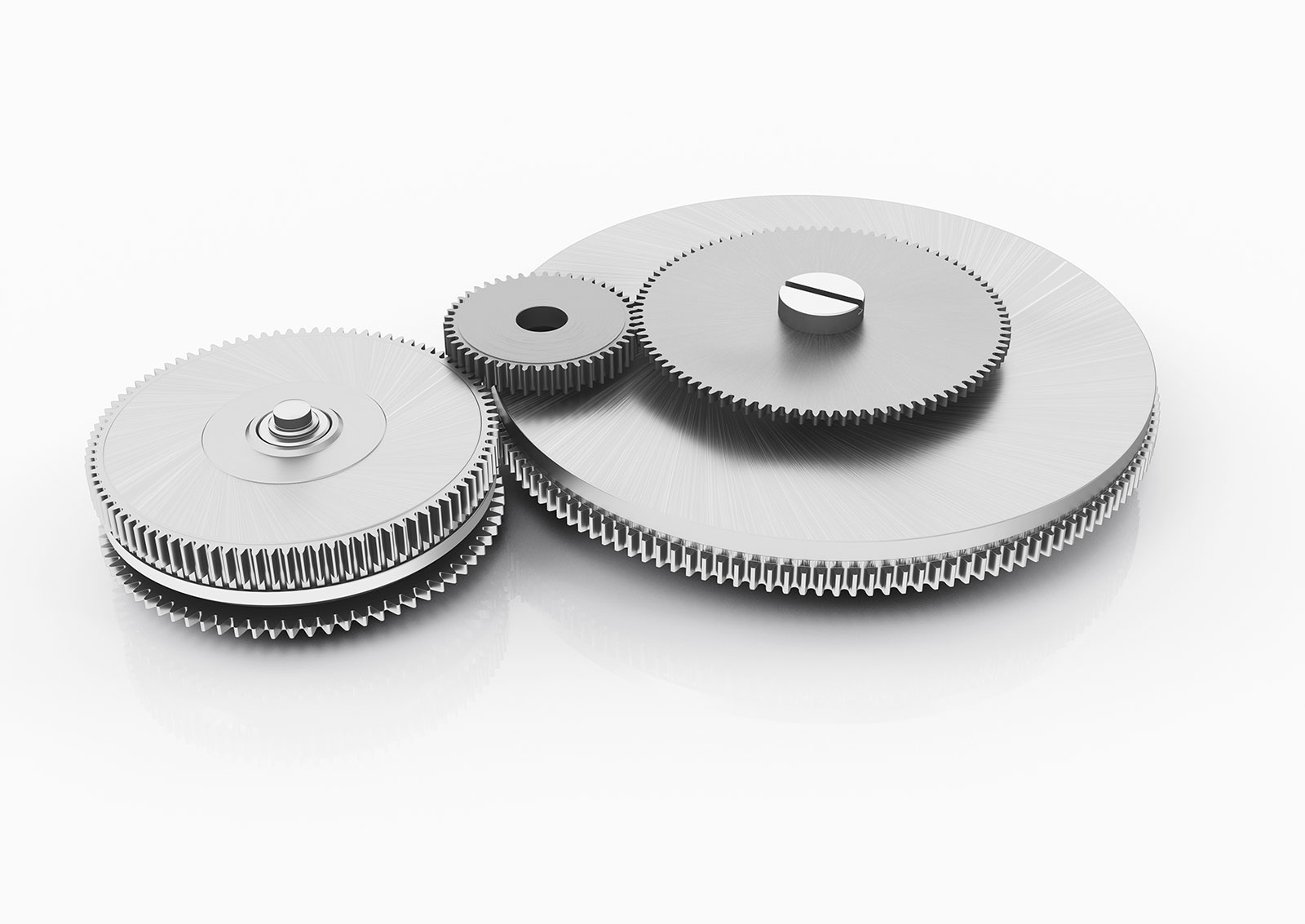 The smaller and larger twin barrels

To further optimise the real estate inside the case, the winding mechanism was also tweaked.

Seiko invented the Magic Lever winding system in 1959, creating a simple, efficient, and no-nonsense mechanism consisting of a rotor that drive two pawls, which alternately turn a winding gear in one direction. Though robust and easy to assemble – which is why it is still in use by Seiko as well as Swiss watchmakers six decades later – the Magic Lever takes up significant space.

In the 9RA5, the geometry of the pawls were tweaked, which reduces the movement thickness yet retains the same winding efficiency – creating a mechanism Grand Seiko labels the Offset Magic Lever. 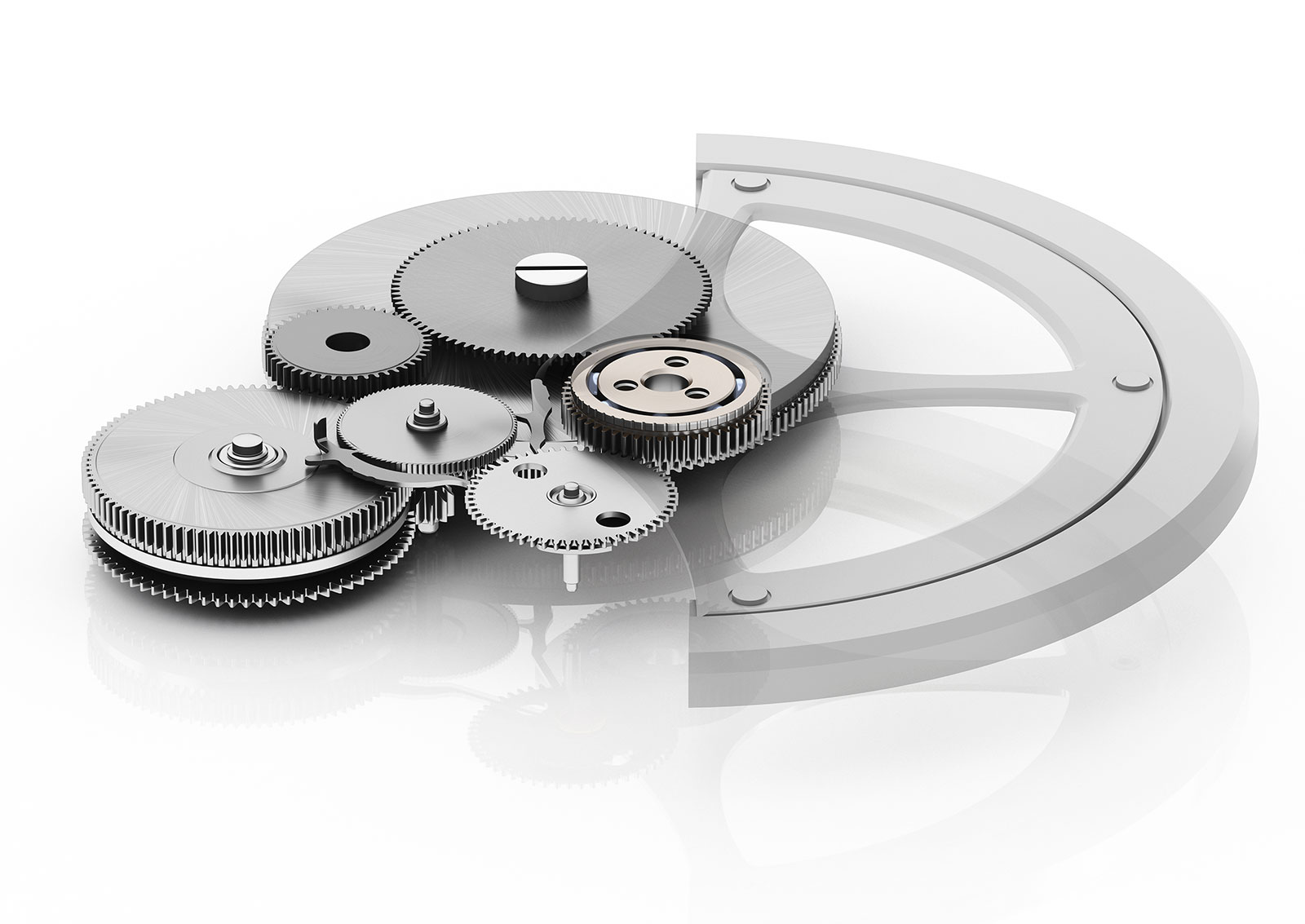 The Offset Magic Lever along with the Dual-Size Barrels 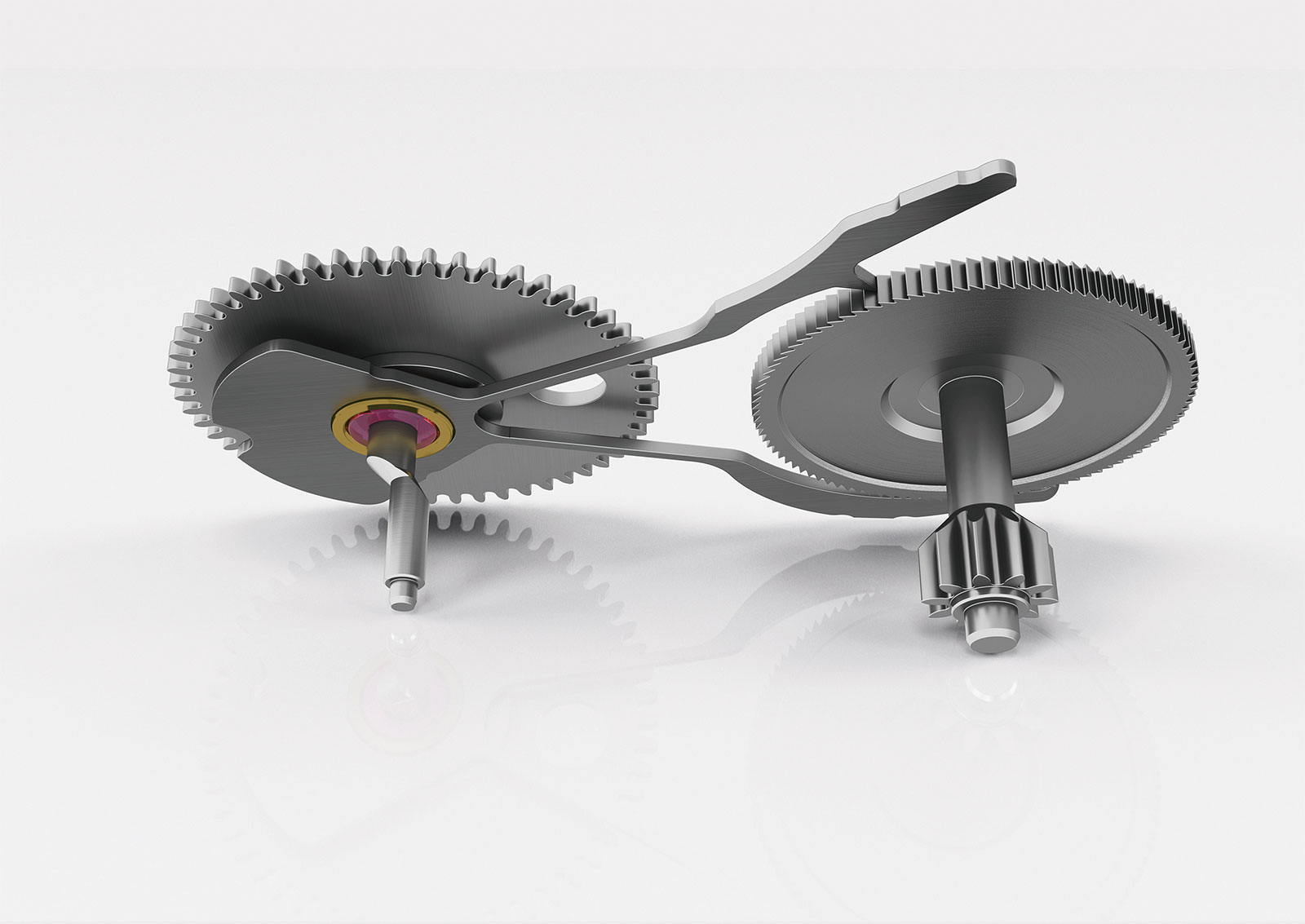