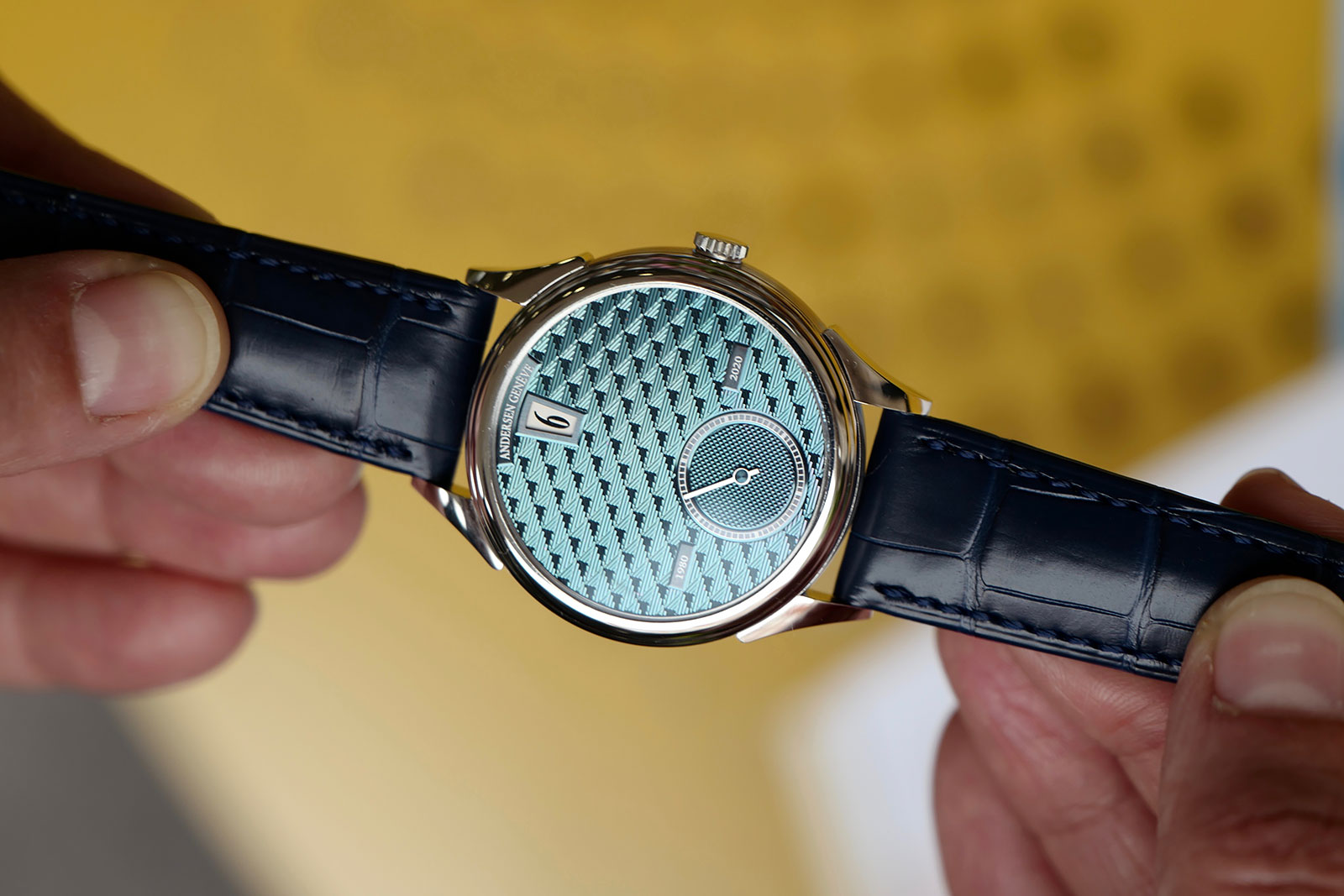 Andersen Genève turned 40 in 2020 – making the brand one of the longest-established independent watchmakers in Switzerland. The brand is, in fact, a pioneer in the field. Founder Svend Andersen, an octogenarian who was born in Denmark but moved to Switzerland in 1963, set up the AHCI in 1985 alongside Vincent Calabrese.

Andersen Genève is best known for inventive and novel complications, often built as a module to be added onto a base movement, such as the secular perpetual calendar that needs no adjustment even after centuries – but on an ETA base calibre. Many of the brand’s creations are hand-made, bespoke timepieces built to the client’s specifications. 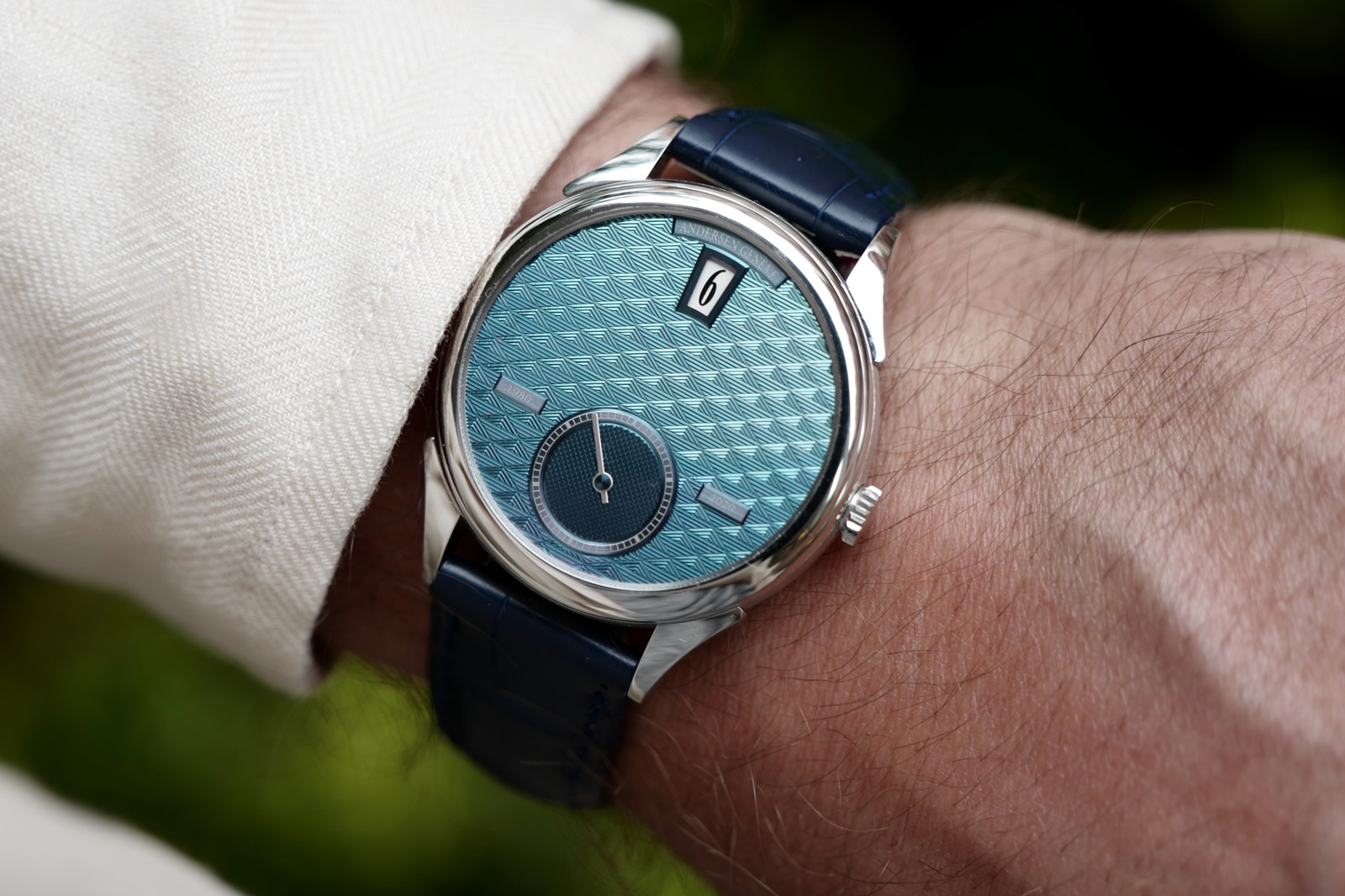 The brand commemorated its 40th anniversary with four models that encapsulate its historical specialties, a diamond-set, Louis Cattier-style world time, a collaboration with Konstantin Chaykin that combines the Russian watchmaker’s Joker display with an automaton on the back, and a jumping hours.

The final watch in the anniversary quartet is the first in platinum, the Jumping Hours 40th Anniversary with a 21k-gold dial engine turned by hand. 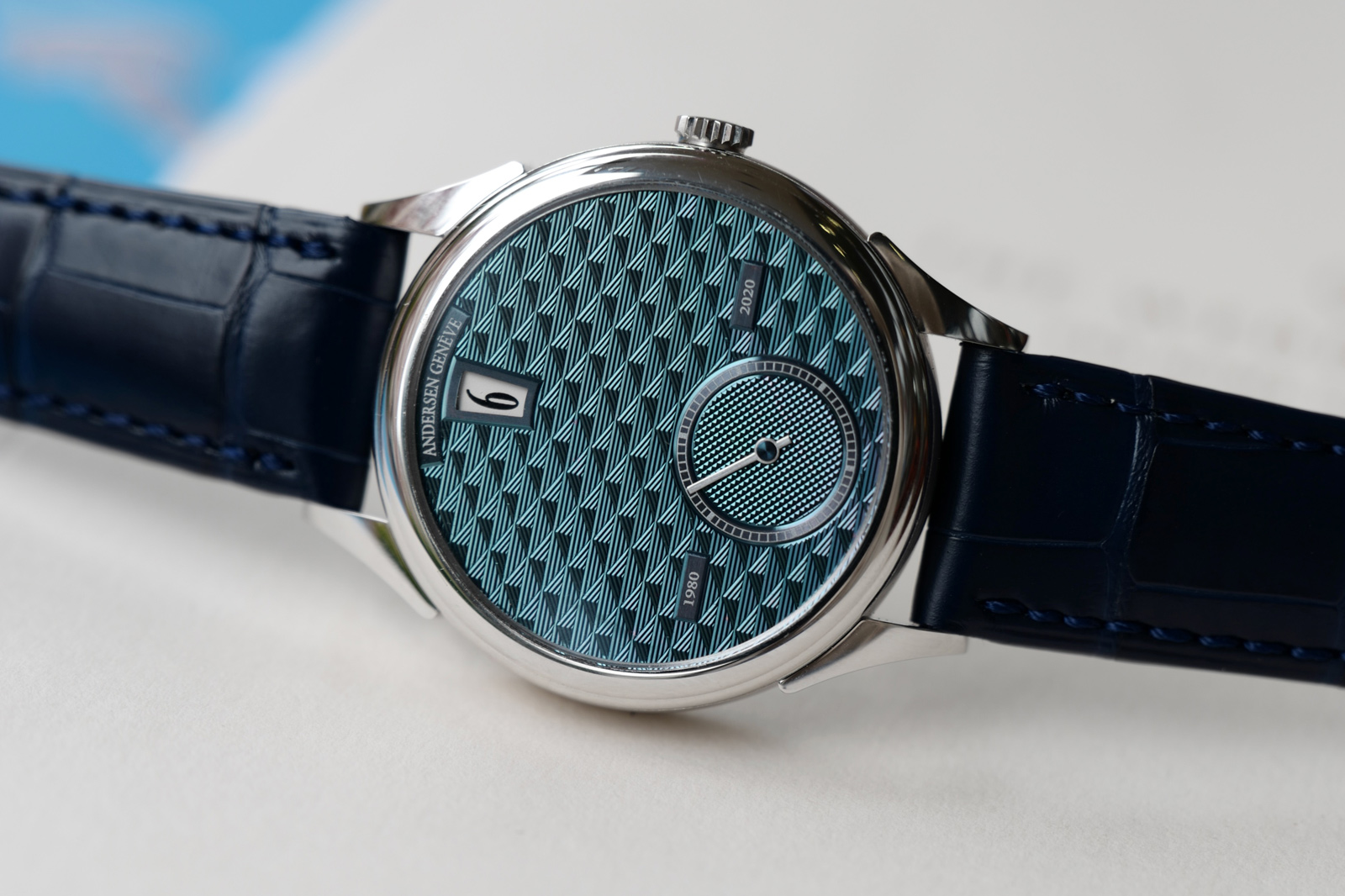 The Jumping Hours is charming in both design and construction, but for the fact that it is the brainchild of a pioneer independent watchmaker.

Save for the case material, the new Jumping Hours is identical to its rose gold predecessor, so it’s not particularly novel. But the guilloche blue dial works exceptionally well with the white-metal case, making it the coolest iteration to date. And it will certainly be weightier than the gold model, which will give it an appealing tangible heft. 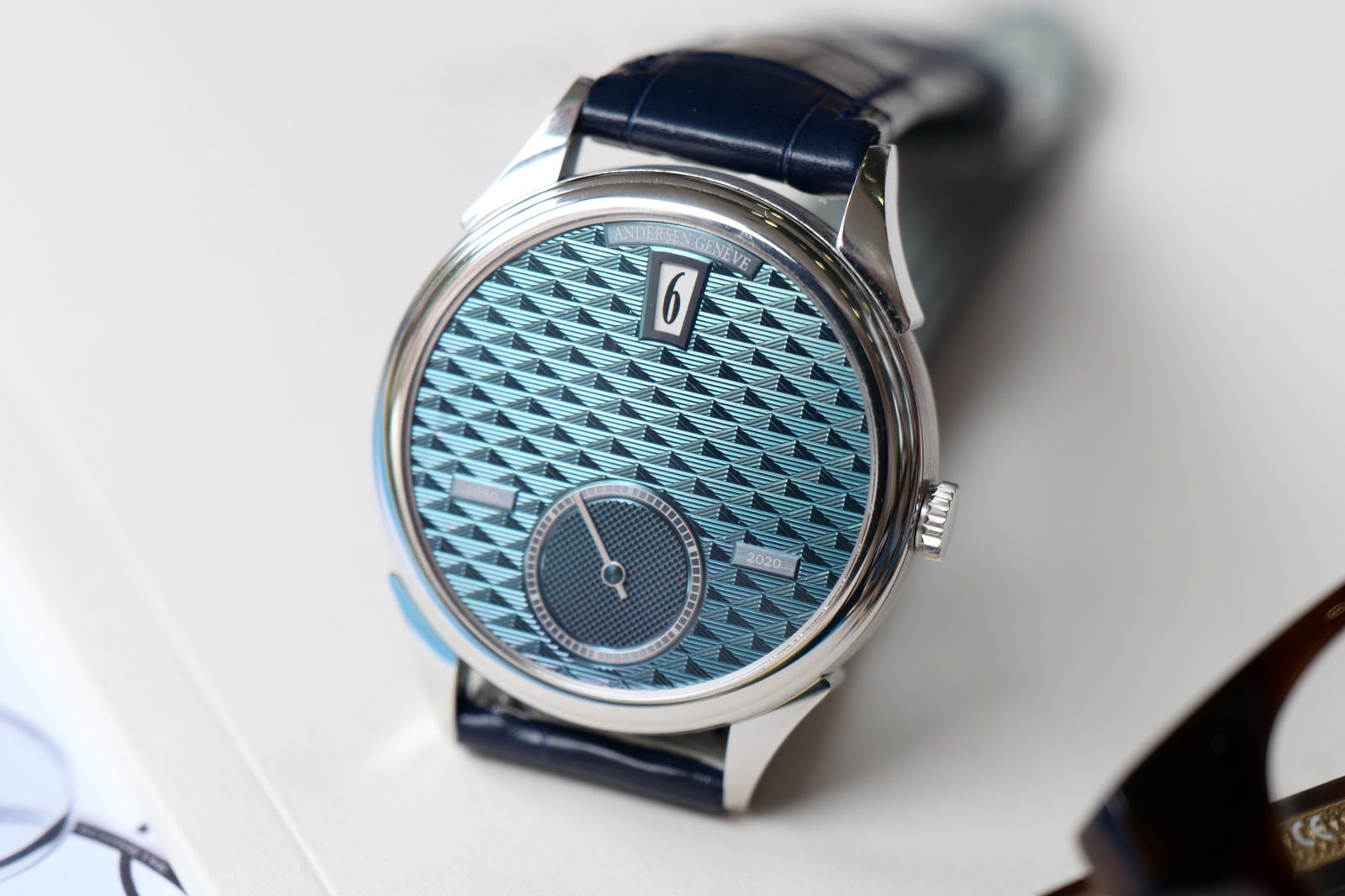 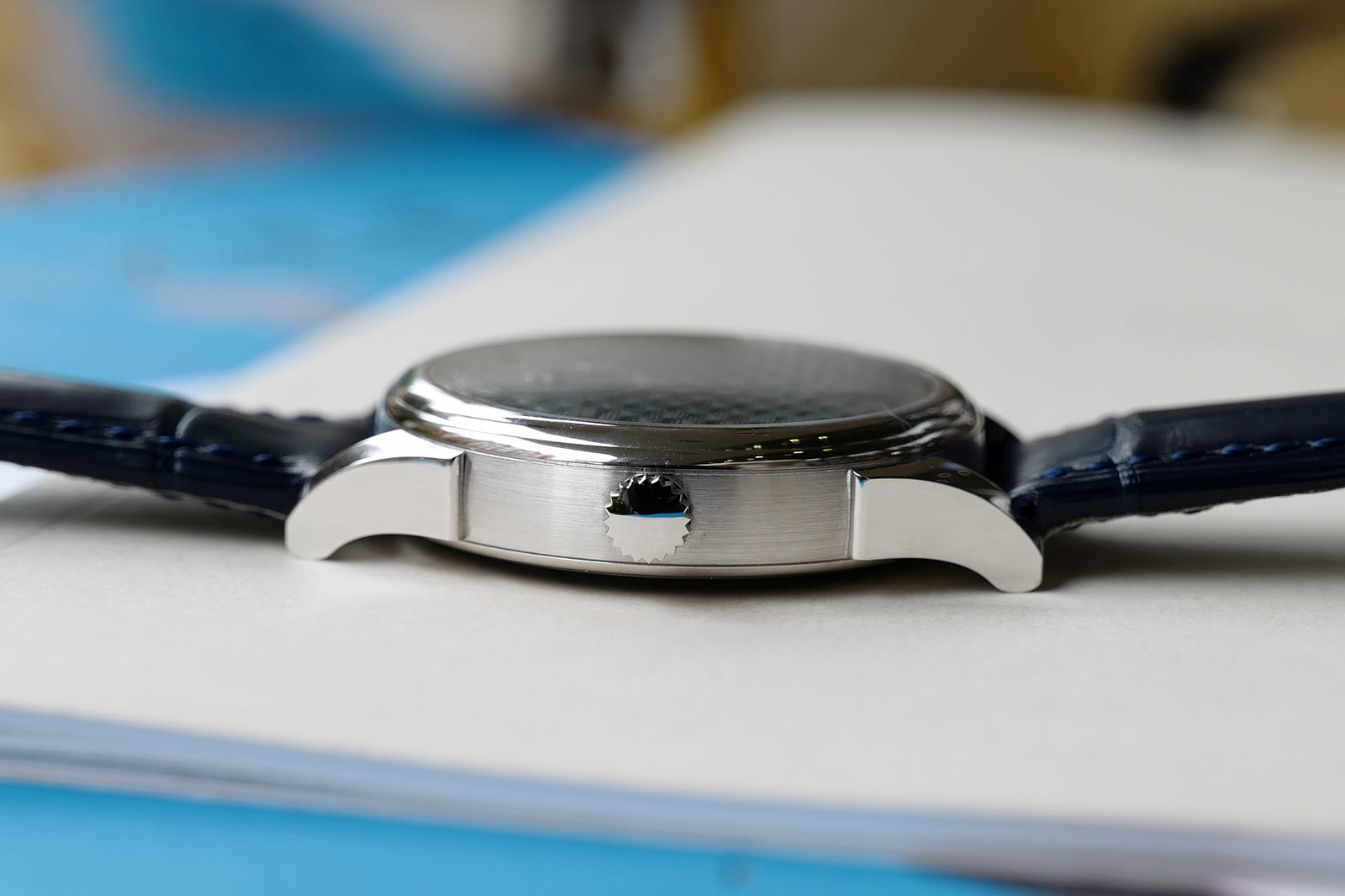 The unusual time display stands out instantly. Having neither hour or minute hands, the dial has a window at twelve showing the hours, while the sub-dial at six indicates the minutes. That leaves the rest of the dial an expansive landscape that showcases the hand-executed guilloche on a solid-gold disc. 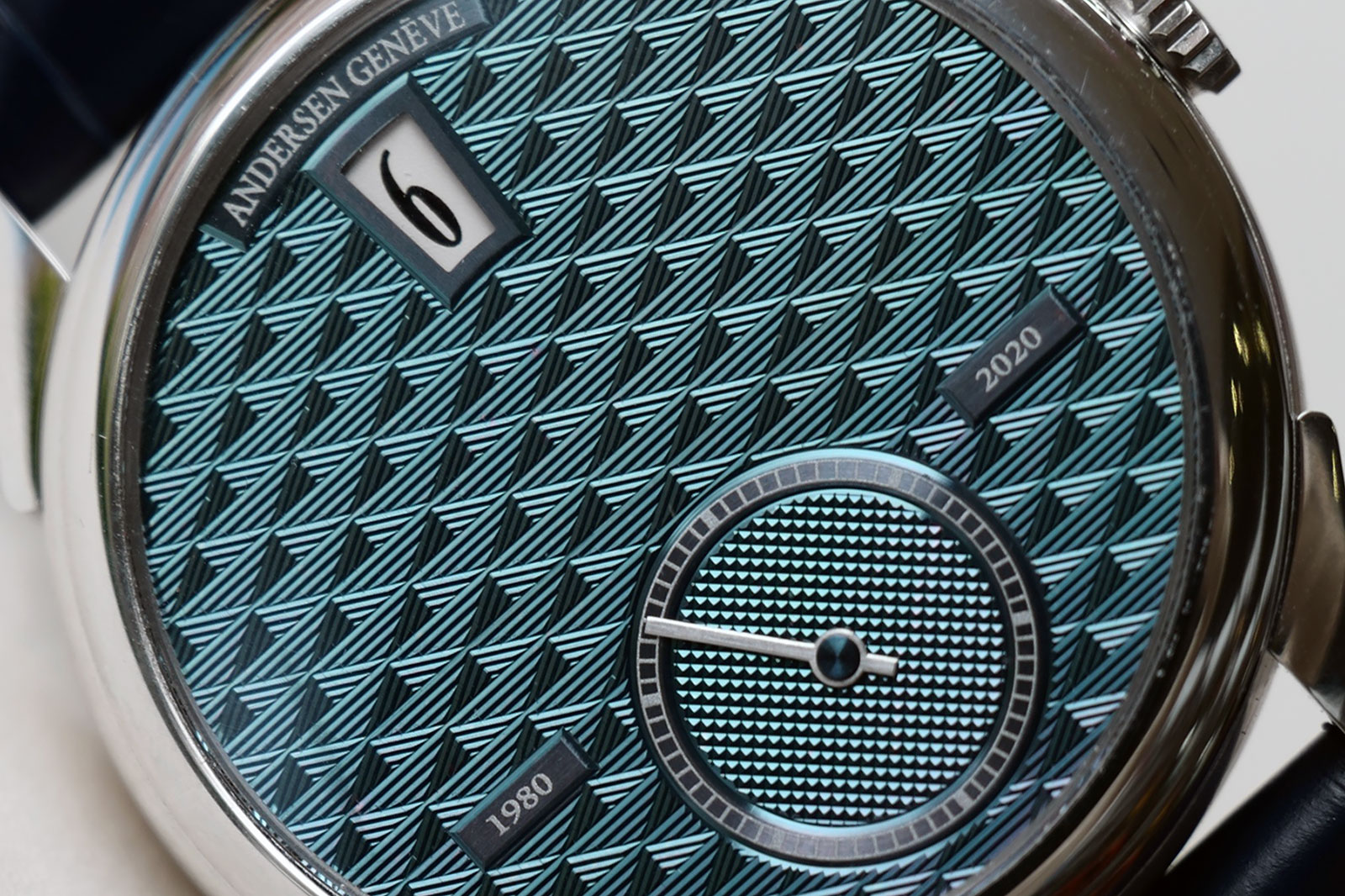 The artisanal quality of the dial is unmistakable, while the mechanics are equally fine. That said, the design feels slightly off balance because the indicators for the hours and minutes are disparate in size and located at the edges of the dial. At the same time, the baton-shaped minute pointer is chunky, leaving it out of place against the refined dial decoration.

Priced at the equivalent of US$46,000, the Jumping Hours in platinum is a good value, considering the materials, craft, and complication. And also keeping in mind the generally high prices of independent watchmaking today (resulting from the faddish popularity of the genre).

Having worked at Patek Philippe on high complications for about a decade in the early 1970s before striking out on his own, Mr Andersen’s style very much echoes the late 20th century, classical-watchmaking aesthetic.

For instance, the lugs on the Jumping Hours are delicately shaped, slightly flared where they meet the case, while the bezel is convex and double-stepped.

The most intricate, and expensive, component of the watch is the dial, which is engine-turned the old fashioned way, with a hand-operated, straight-line engine. The engine turning engraves an intricate, almost hypnotic losange magique pattern.

Intriguingly, the crisp, light blue dial is actually solid 21k gold. It’s a proprietary alloy known as “BlueGold” that’s made up of gold mixed with iron. The alloy is heat treated in an oven to create the blue finish, which is essentially an oxide layer. 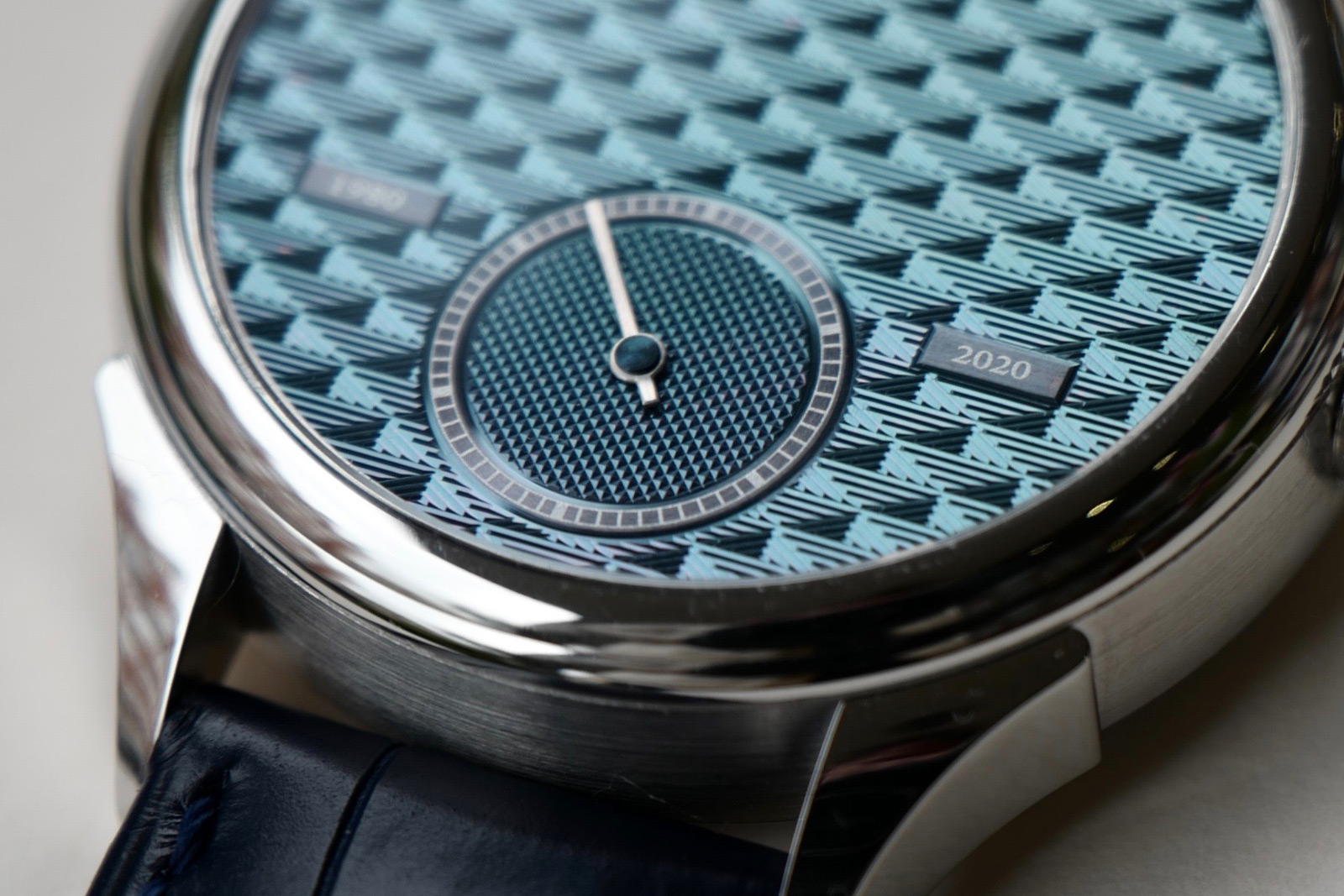 Consistent with Andersen’s approach to watchmaking, the Jumping Hours relies on a widely available, but refined base movement, the compact Frederic Piguet cal. 1150, with the jumping hours module made in-house and then added on top.

Although the cal. 1150 is an off-the-shelf movement, it has been dressed up by Andersen. All parts have been attended to, so the bridges, for instance, have polished countersinks and bevels along their edges.

Made in-house by Andersen Geneve, the rotor is 18k gold and decorated with a barleycorn guilloche that’s engine turned by hand just like the dial. And the movement is framed by a BlueGold ring that’s engraved by hand. 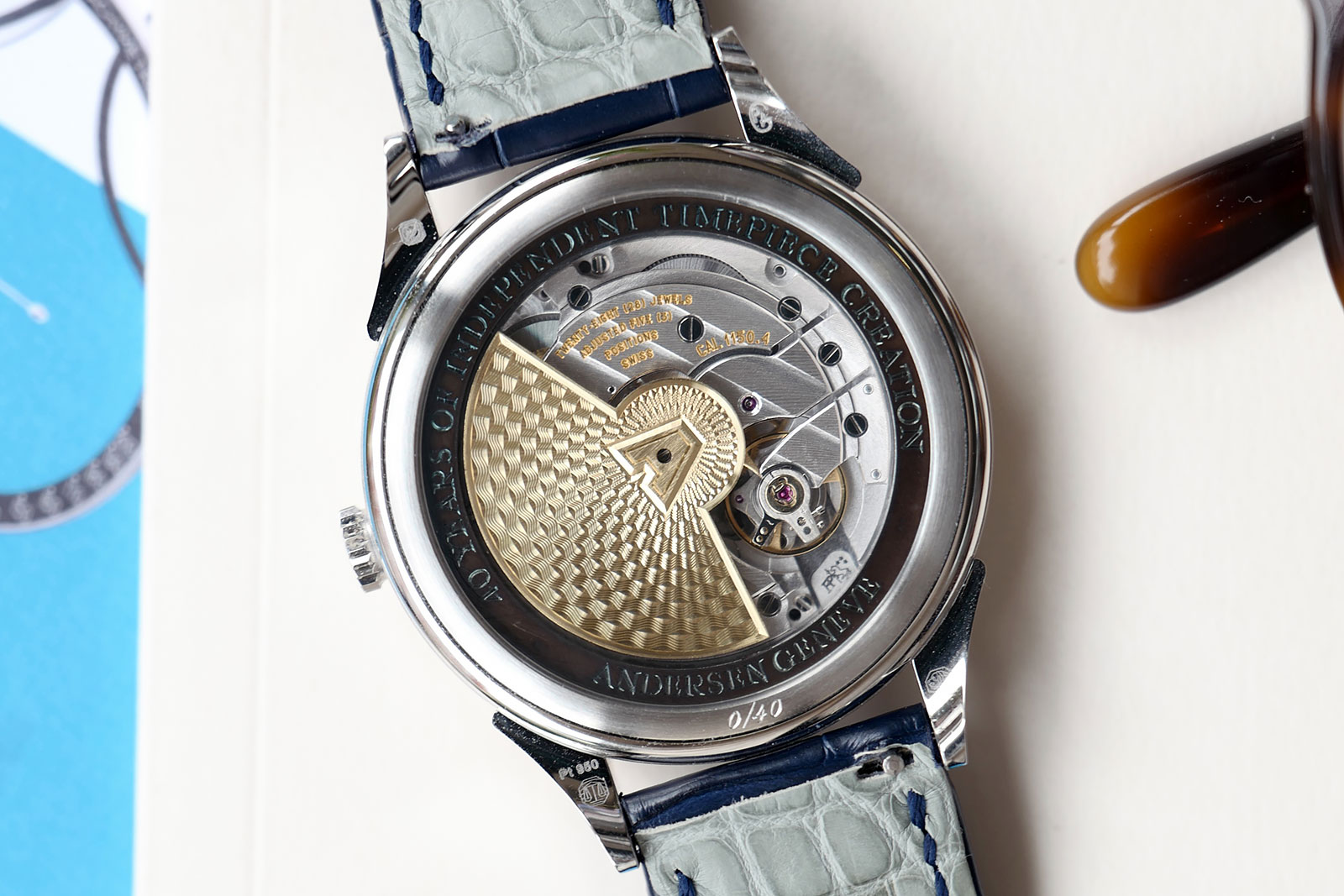 A return to minimalism for its birthday.