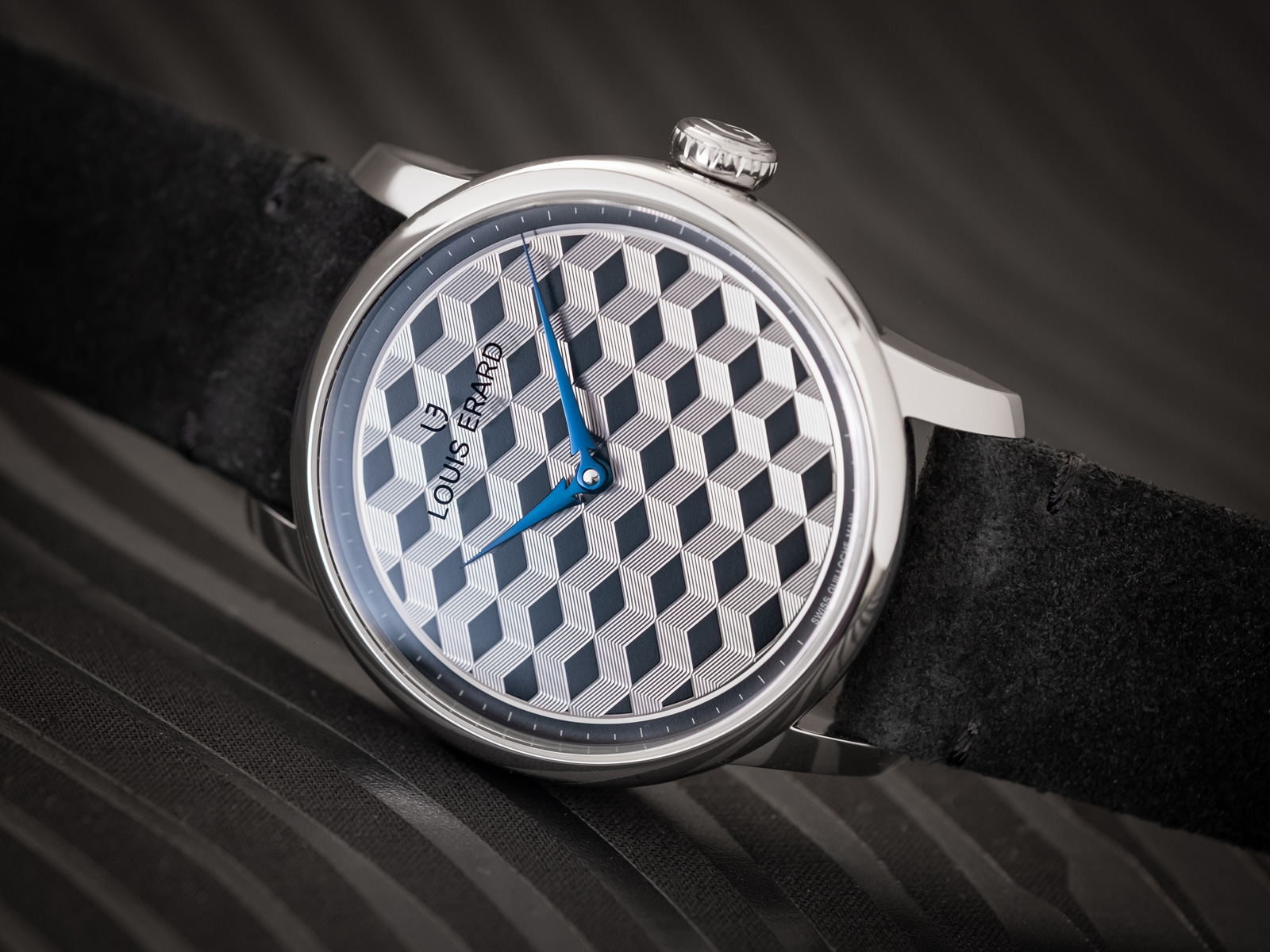 Although best known for its collaborations with independent watchmakers, Louis Erard is adept at introducing elements of high-end watchmaking in its accessibly-priced watches. The recent Excellence Email Grand Feu offered a grand feu enamel dial for less than 4,000 Swiss francs.

Now Louis Erard is moving on to traditional engine turning with the Excellence Guilloché Main. Limited to 99 pieces, the watch features a chequer guilloché dial with an M.C Escher vibe, and an eminently affordable 3,900 Swiss franc price tag. 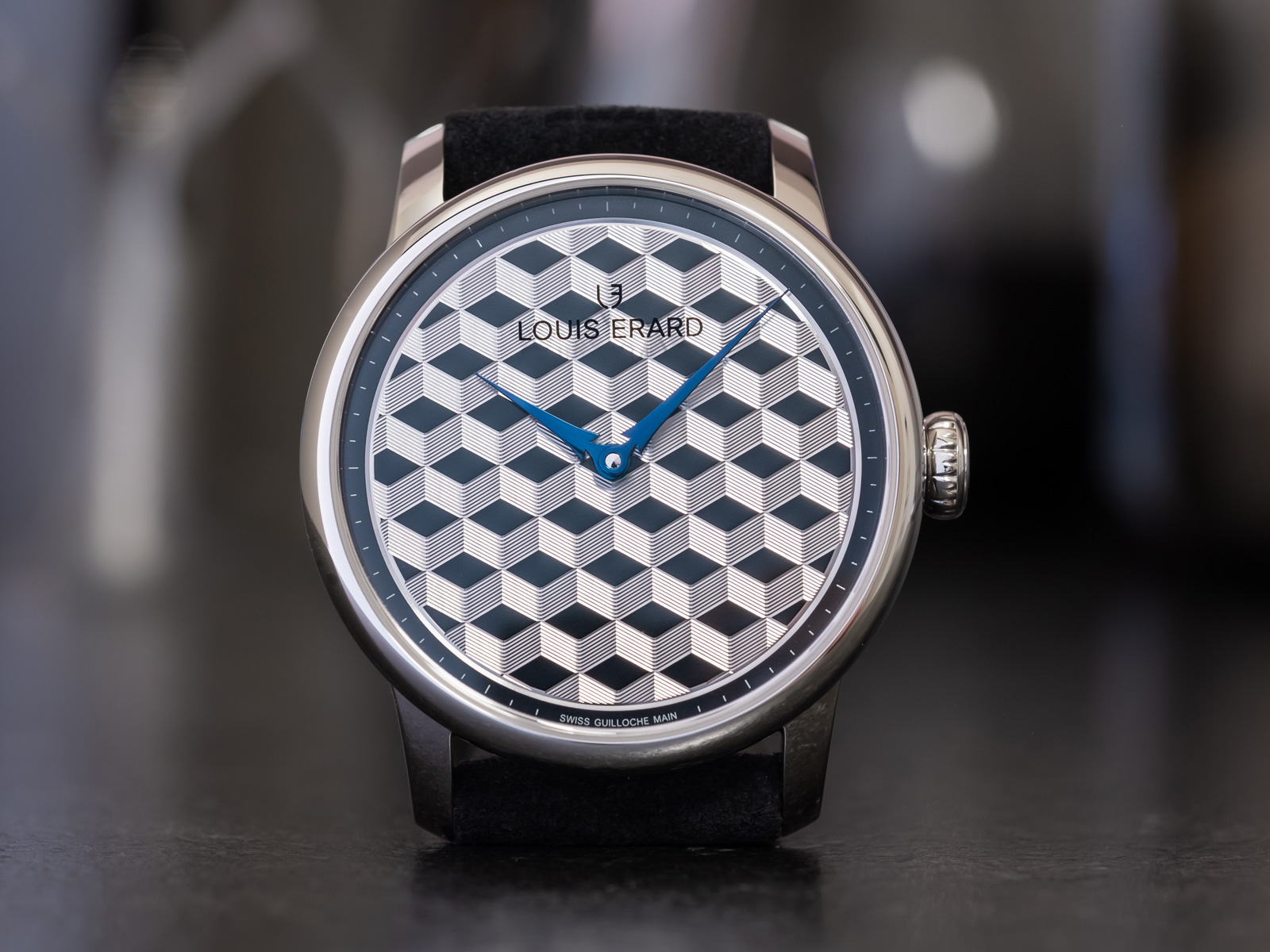 Consistently offering affordable timepieces that punch way above their price point, Louis Erard is fast becoming one of my favourite watchmakers. The Excellence Guilloché Main affirms my thoughts about the brand.

It is an honest representation of a traditional decorative technique, but different. I find the chequer pattern to be even more striking than the standard guilloché patterns like hobnail or barleycorn. Executed to give it perspective, the pattern has a three-dimensional quality that endows the watch with a sense of depth uncommon on dials as wide and flat as this. And, the heat-blued hands add a welcome pop of colour to the otherwise monochrome palette. 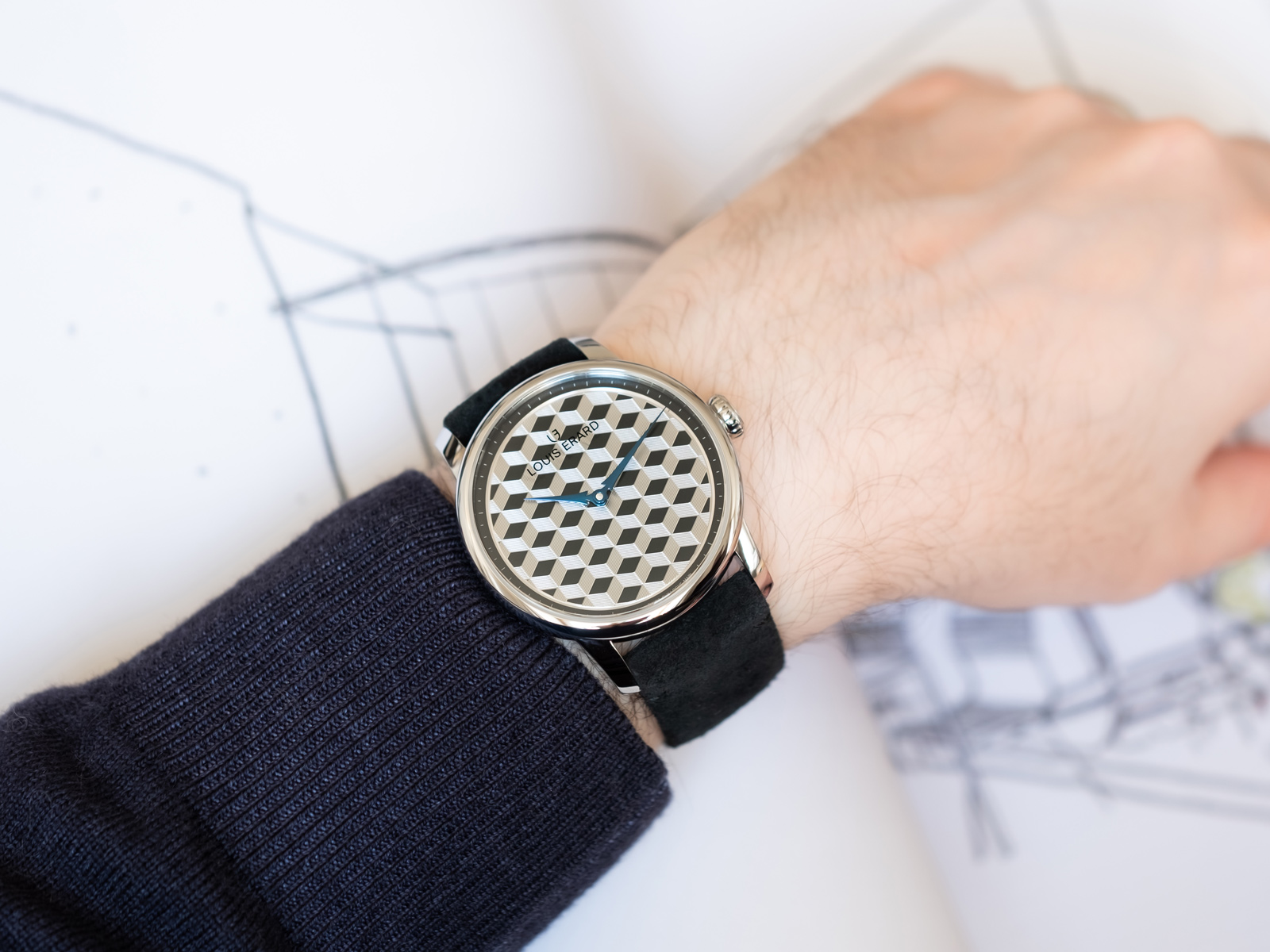 The simple functions of just hours and minutes allow the chequer guilloché to be admired in its full glory. I particularly like how Louis Erard prints its brand name on the underside crystal instead of the dial, which further enhances the perceived depth of the watch. That admittedly is also a cost efficient solution, since creating a plaque on the dial would complicate the engine turning process.

Despite its traditional inspiration, the Excellence Guilloché Main will feel modern on the wrist due to its large 42 mm diameter. That also means the dial is wide, with more guilloche to be admired. The watch is a tad high at over 12 mm high, in part due to the thick automatic movement inside. 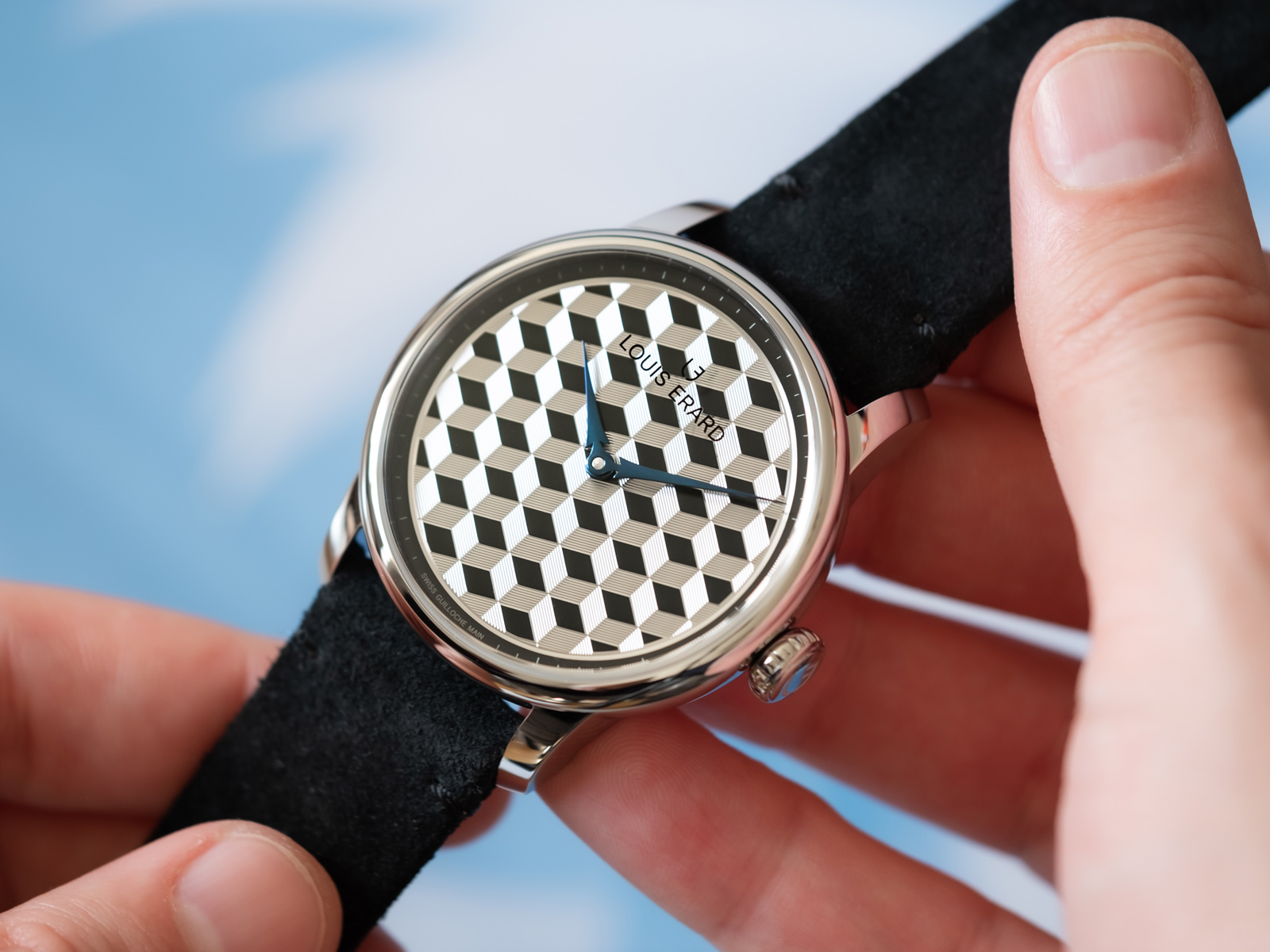 The dial is undoubtedly the most expensive components of the watch – the movement is a workhorse Sellita, and the case a simple form in steel. The smart focus of resources on the dial means that this, like the Excellence Email Grand Feu before it, is a terrific value proposition, though the small run might make it challenging to land one.

The dial is made by Fehr of La Chaux-de-Fonds, an established specialist that supplies dials to major names like Cartier, Vacheron Constantin, and Zenith. It’s engraved with an old-school, hand-operated straight-line engine lathe, an entirely traditional decorative technique that is familiar yet painstaking to execute. 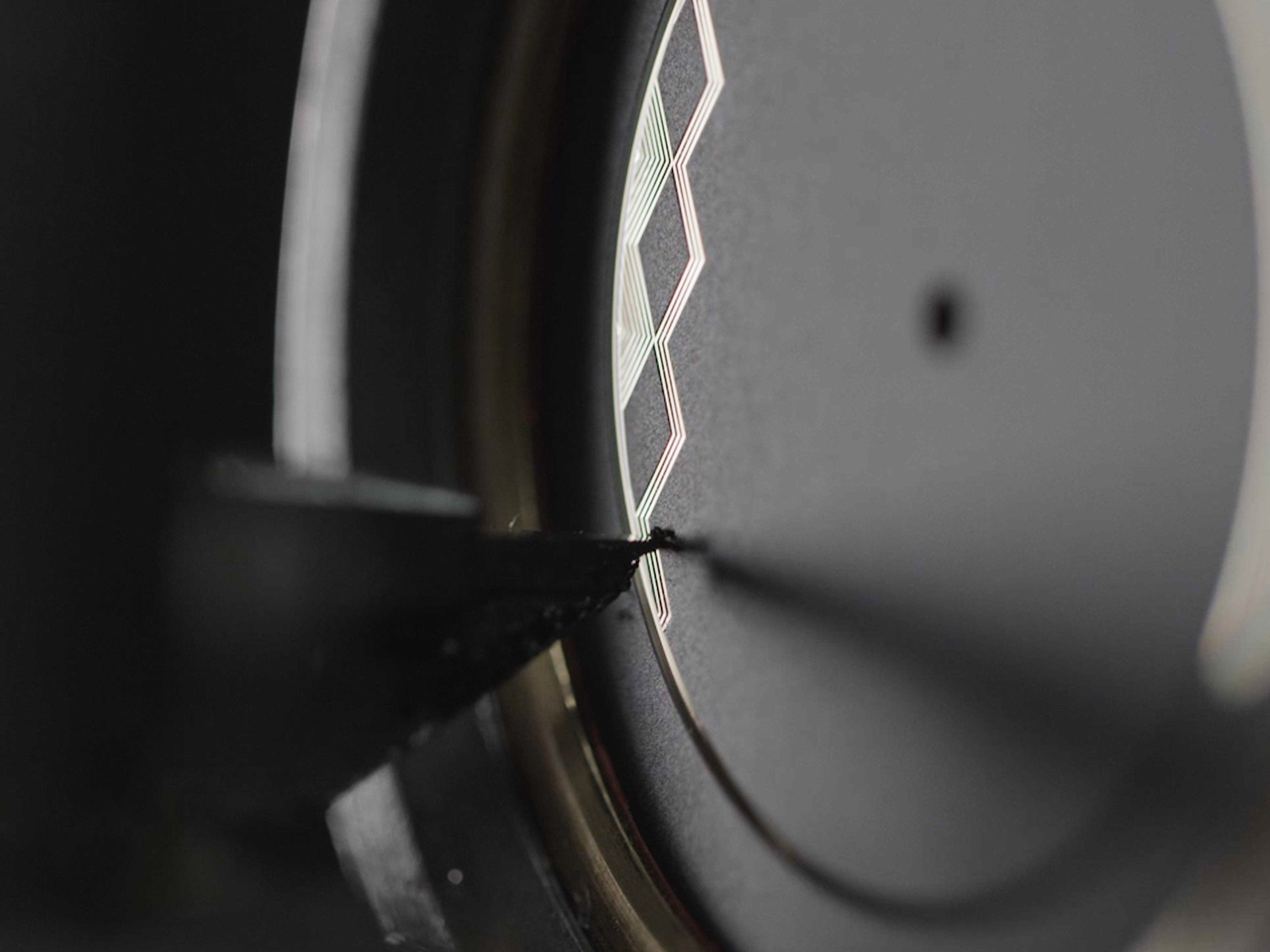 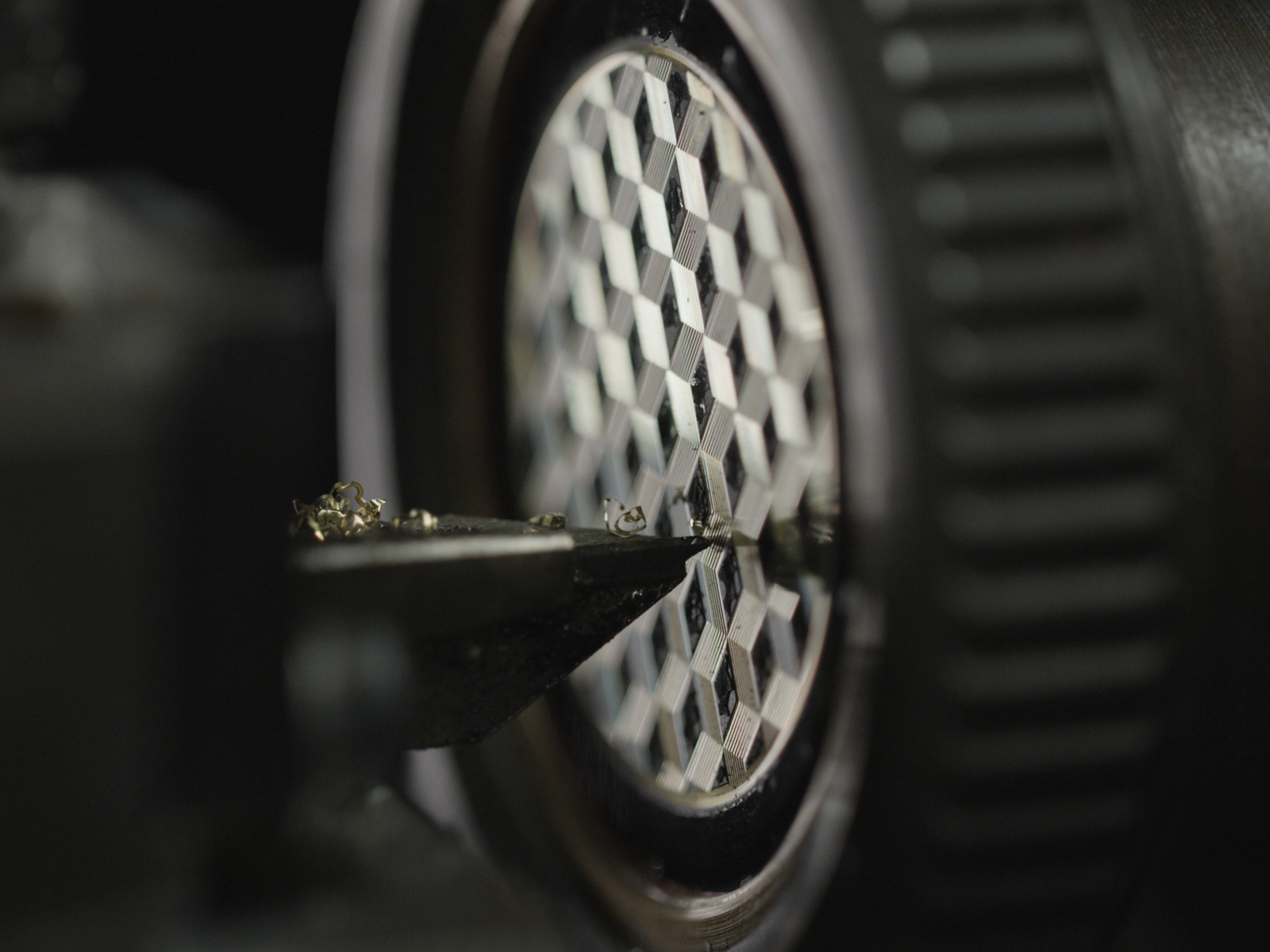 Because the pattern is simple and obvious, a single mistake means discarding the dial

Unusually, the dial is not monochrome as most guilloche dials are. The three-dimensional effect is reinforced by a layer of black varnish applied to the dial prior to engine turning, which removes the topmost surface of the pattern. The final step is rhodium plating that highlights the engraved portions with a bright, silvery finish, giving the chequer guilloché an eye-catching shimmer. 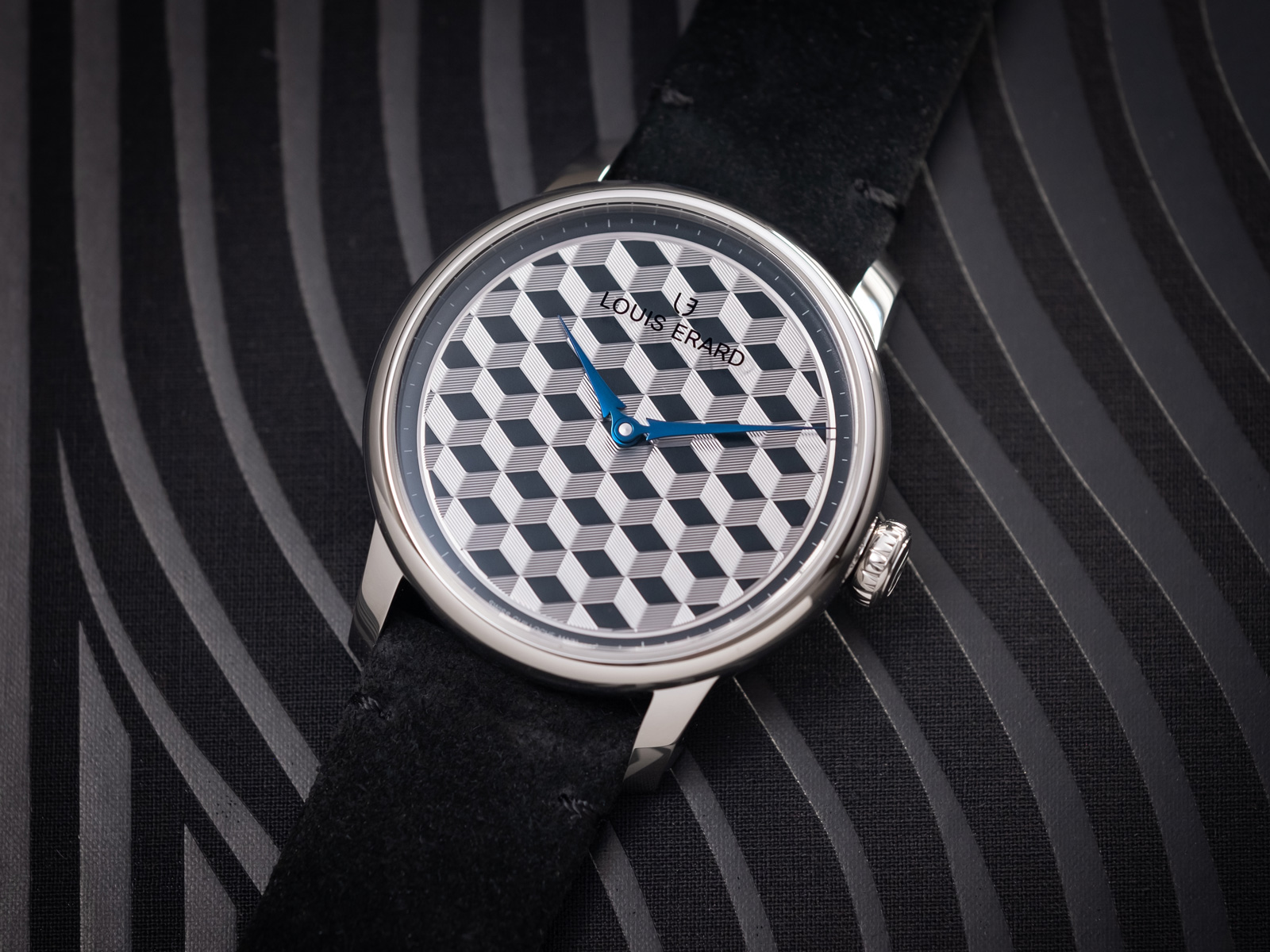 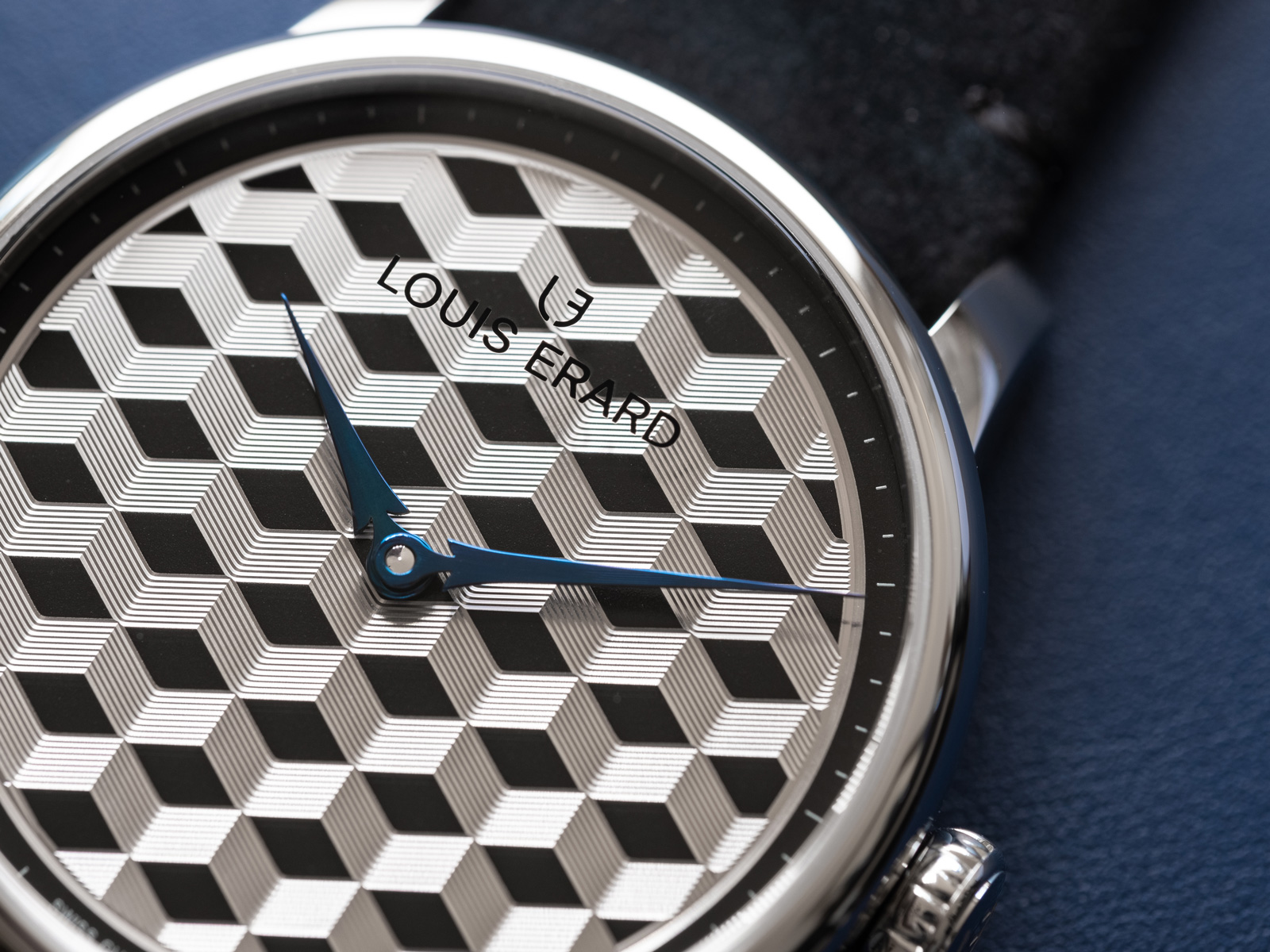 It’s a notably robust movement, albeit one that’s getting old. Due to the dated architecture of the ETA 2824, the SW261-1 has a shortish power reserve of 38 hours. Furthermore, the movement is plain, which is understandable given the watch’s low price tag. 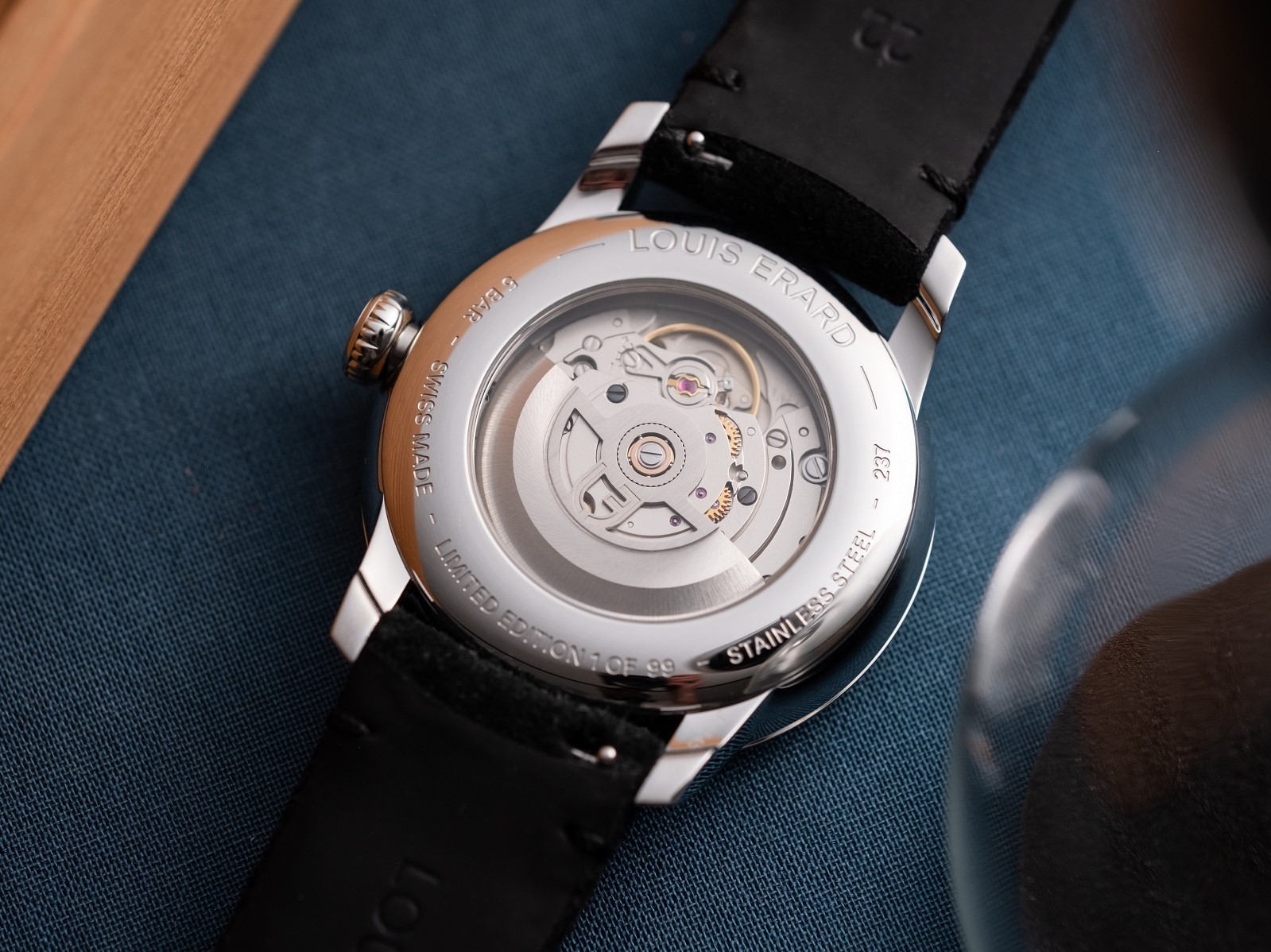 The Excellence Email in ivory enamel.