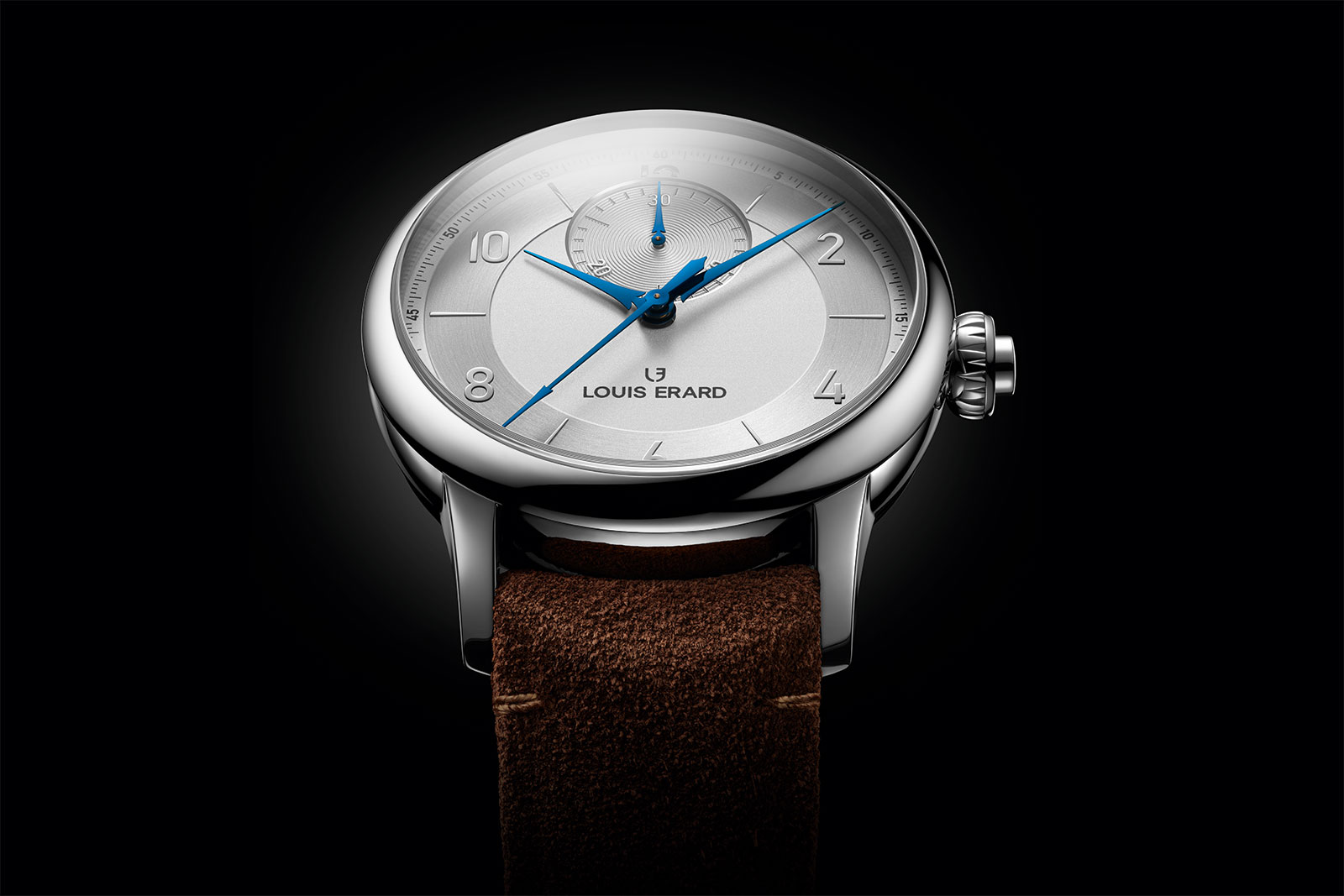 Having pivoted to take a more interesting direction – exemplified by its recent collaboration with watch designer Alain Silberstein – Louis Erard is now working on facelifting its more classical watches to give them a more contemporary appearance.

The result is the Excellence Triptych, a trio of watches that are simple yet smartly detailed. Made up of a time-only, regulator, and mono-pusher chronograph, the line up is named after a three-panelled painting, perhaps reflecting the artistic interests of Manuel Emch, the former chief executive of Jaquet Droz who is now a consultant to Louis Erard and responsible for the brand’s renewal. 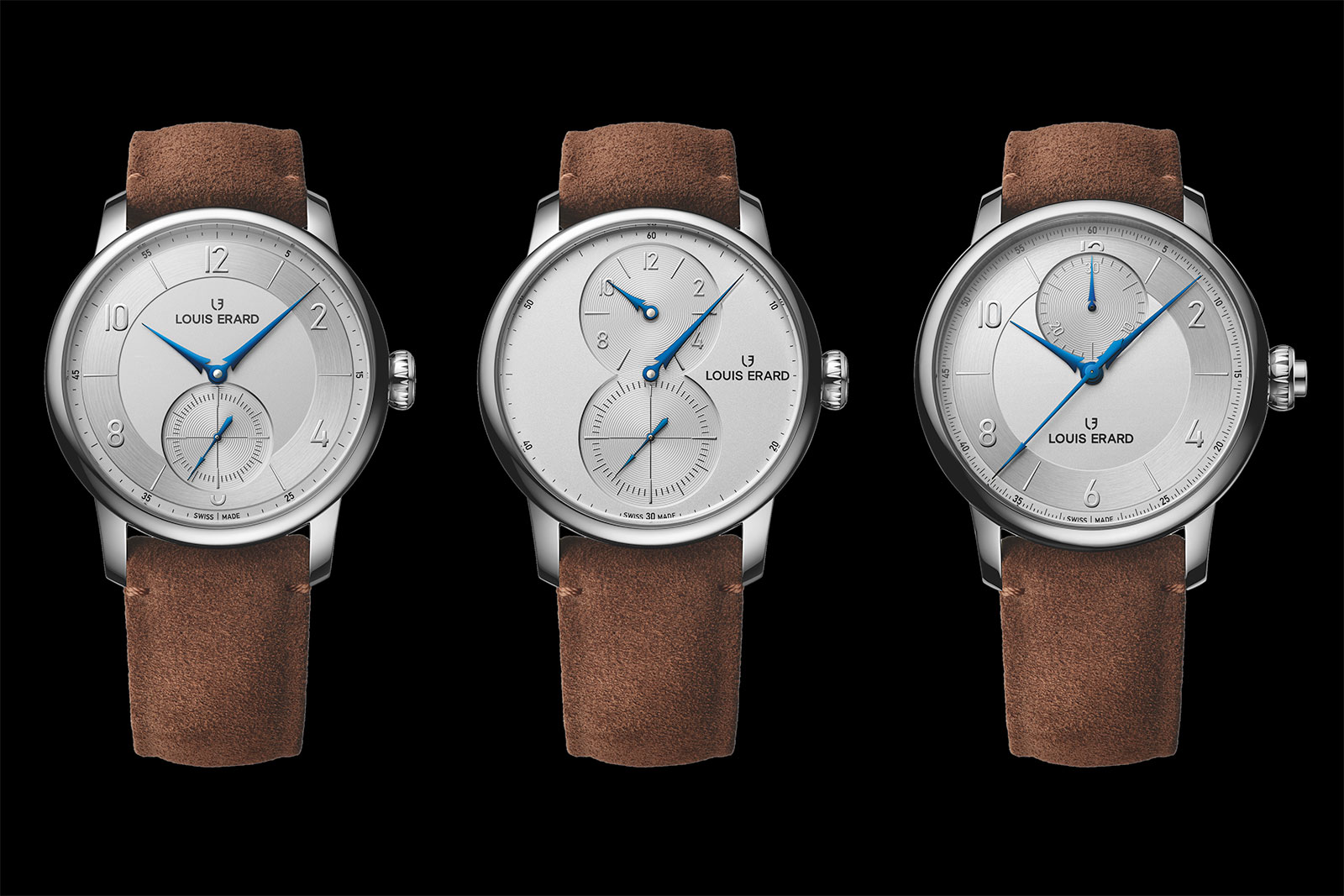 The Triptych is fundamentally appealing because of its reasonable and affordable pricing, starting from about US$1,600 for the time-only and rising to a still-modest US$3,800 for the mono-pusher chronograph. The intrinsic value is especially strong for the regulator, as the complication is rarely seen in this price segment (though Louis Erard has made it something of a speciality).

And the facelift is subtle but significantly, boosting their visual appeal over the earlier generation of watches. Amongst the more obvious tweaks was replacing the Roman numerals with applied Arabics and batons, while also sharpening the lance-shaped hands, giving the watch a more modern look.

While the dials are in a muted silver, they possess a two-tone look created with different surface finishes, including circular graining and fine frosting. All of this gives the watches enough detail to be interesting, while avoiding flashy elements that can look inexpensive. 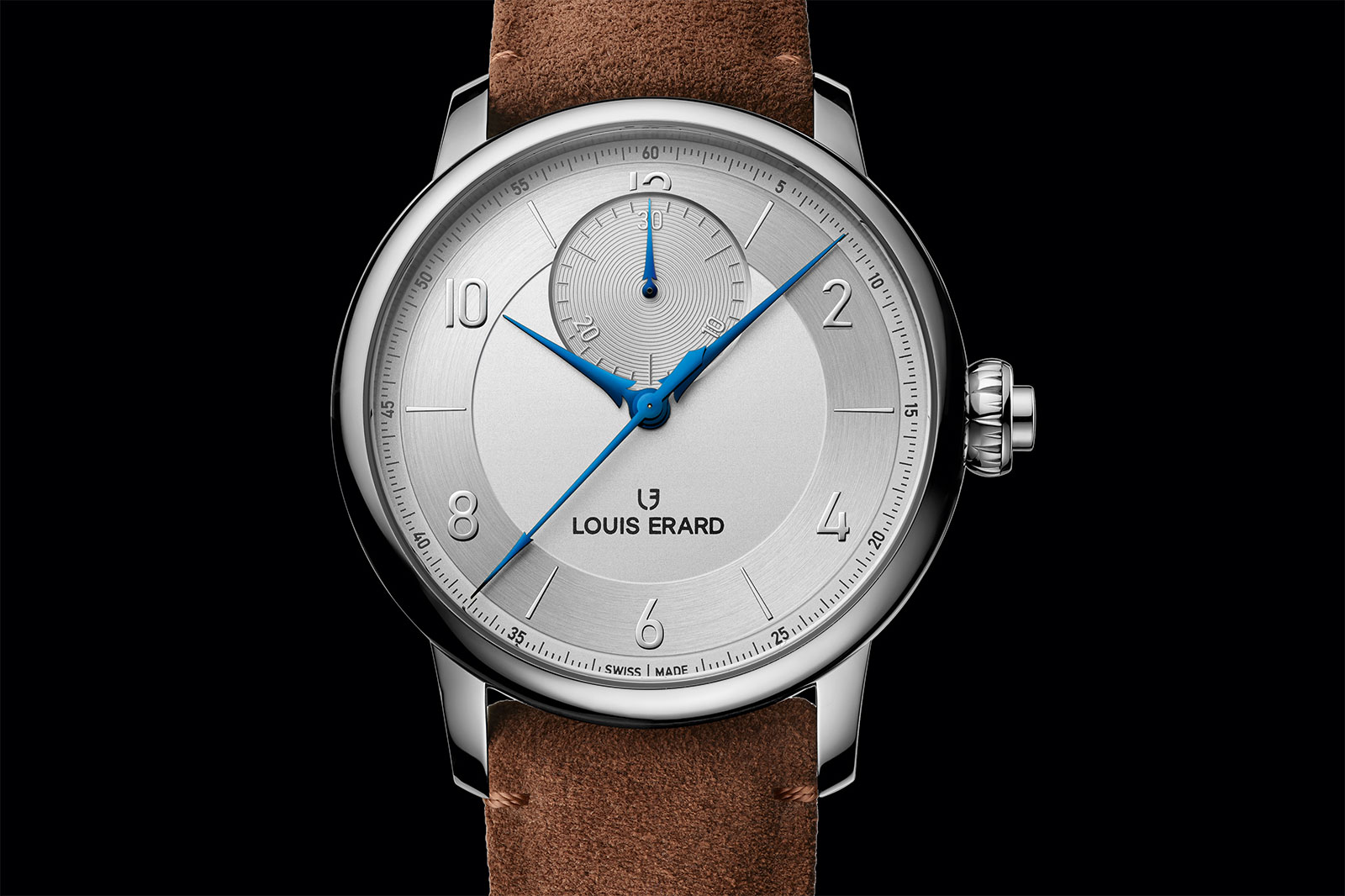 And the case profile has been made more elegant, with a domed bezel and a slightly slimmed-down profile for the lugs – which admittedly brings to mind the Jaquet Droz case designed when Mr Emch was in charge of the brand. 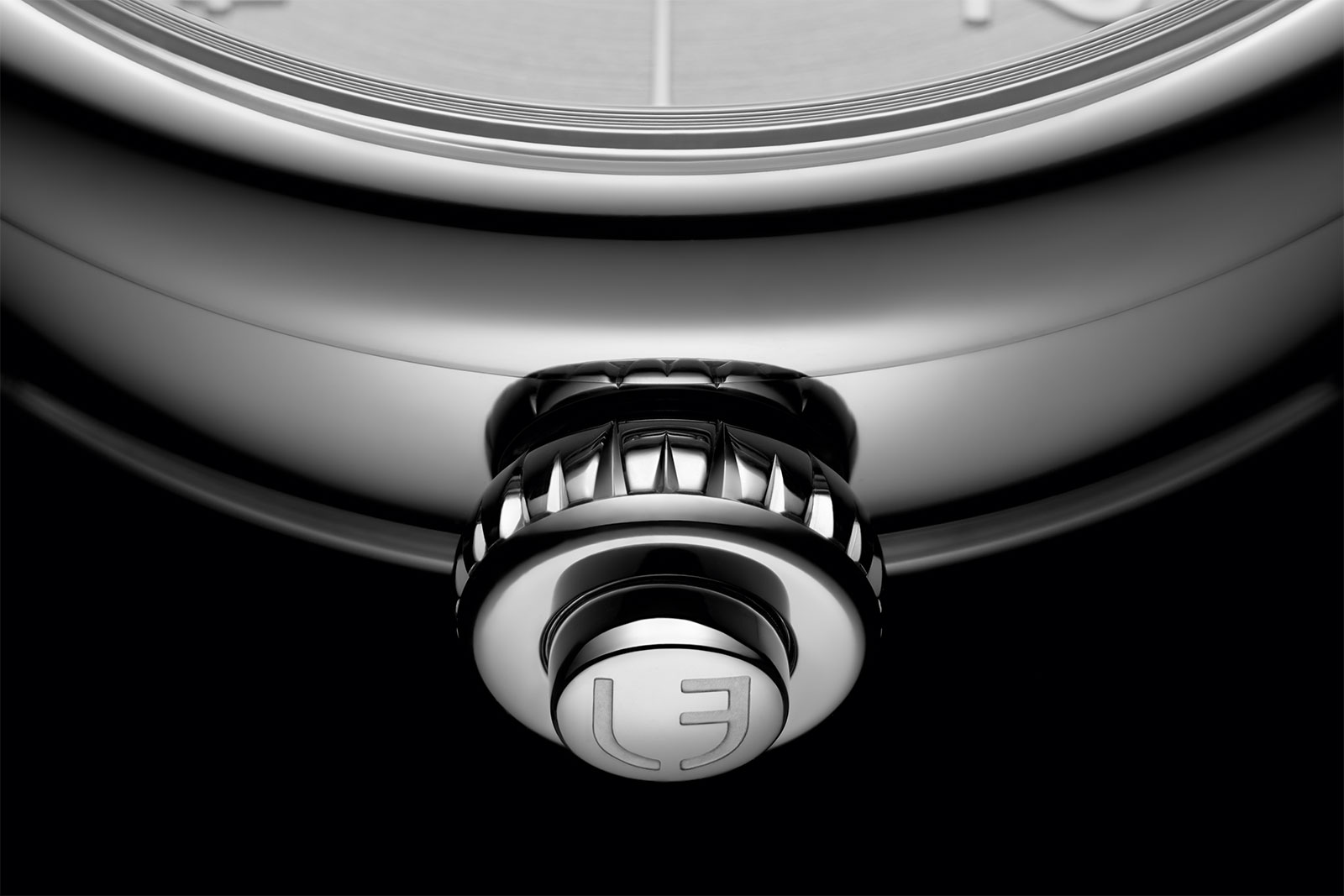 The chronograph pusher mounted co-axially onto the crown, which has a fluting inspired by fir trees

The cleanest of the trio is the Excellence Régulateur, which is also the most interesting as a watch. Even though the single-button chronograph is more complicated, the Régulateur is uncommon as a complication. With each time indicator on its own axis, the layout is both symmetrical and linear, and easy to read (once you get used to the arrangement).

Hours at top, followed by the minutes and seconds

While regulator watch is a signature model for Louis Erard, the redesigned model differs from its predecessor with its Bauhaus-inspired look. The dial is sparse but not mundane, with the concentric-guilloche sub-dials and minute track giving it a slightly more quirky look. Additionally, compared to the recently-launched smoked dial model, the new Régulateur has more deeply recessed sub-dials, making them more pronounced.

And the new Régulateur also has a new movement. Earlier versions were powered by the hand-wind ETA 7001 movement combined with Louis Erard’s regulator module. 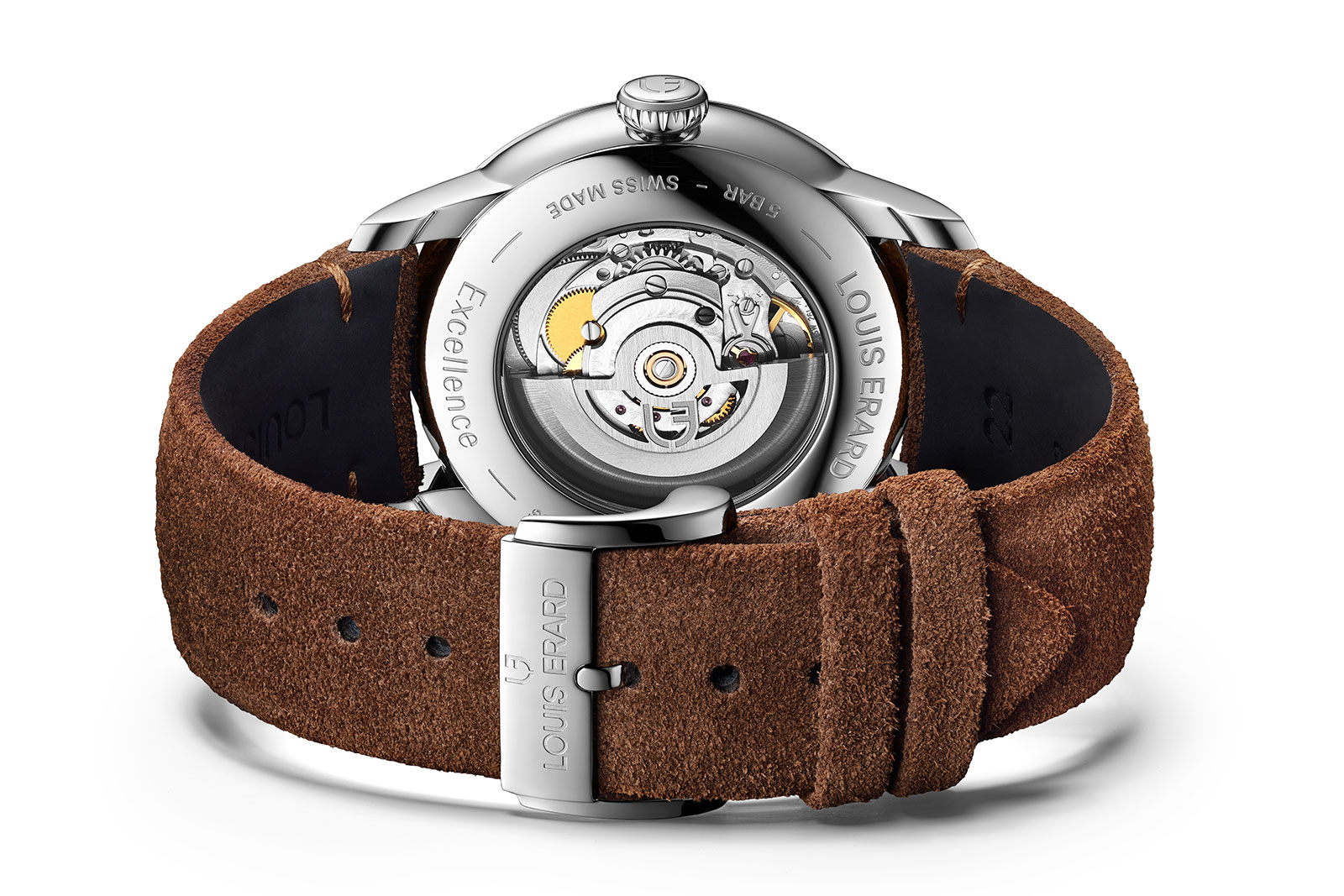 However, the new watch is powered by the automatic Sellita cal. SW266-1, which means doing away with the power reserve indicator, an unnecessary feature on a self-winding movement.

While an automatic movement is perhaps more convenient, it results in increased thickness of the case. The new Régulateur clocks in at 12.25 mm high, compared to 9 mm for its hand-wind counterpart.