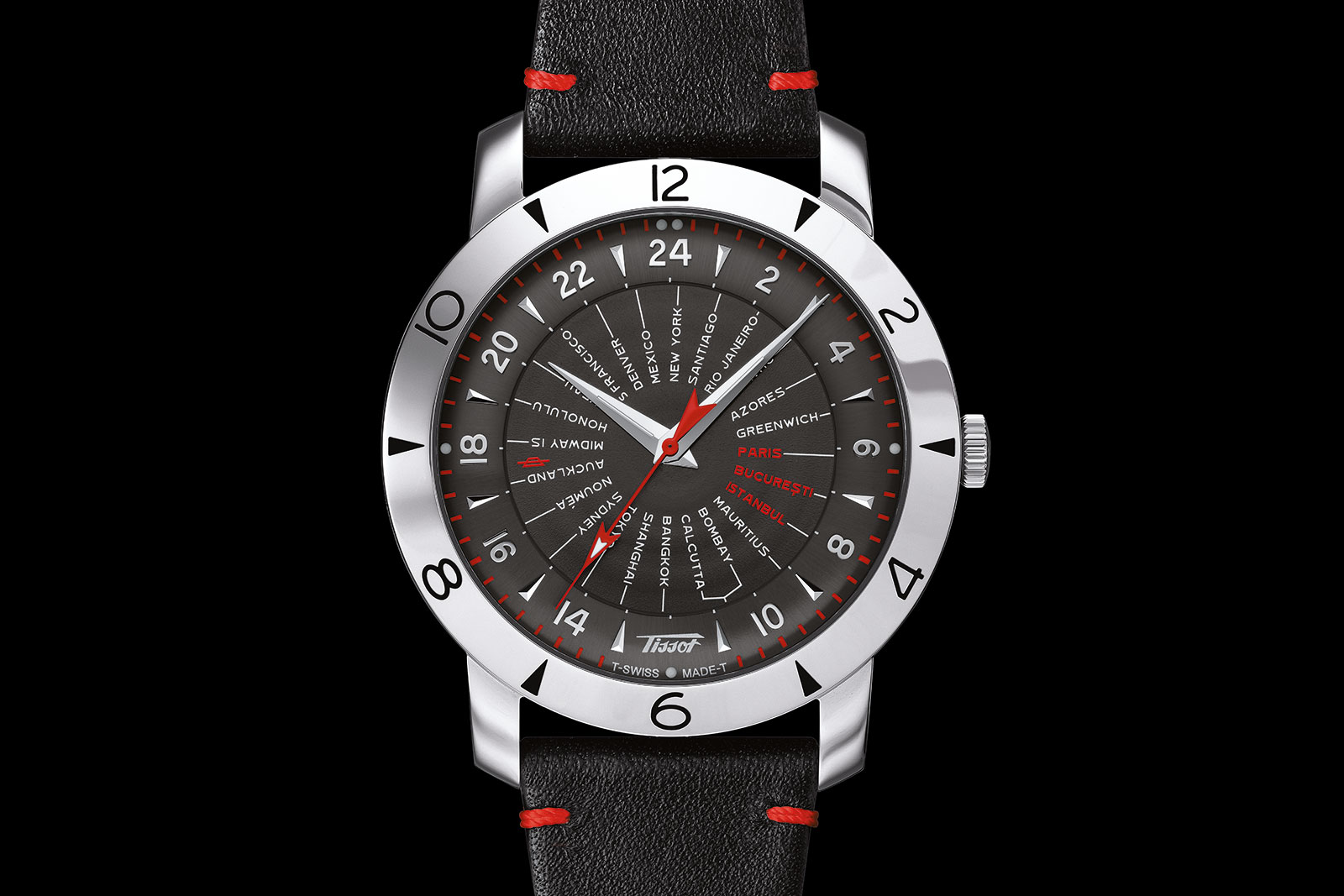 Announced at the end of 2020, the Heritage Navigator “Săgeata Orientului” is a limited edition made for Tissot’s distributor in Romania that recalls the glamorous era of early aviation. Based on Tissot’s world-time wristwatch that’s a remake of the vintage original of the 1950s, the Săgeata Orientului was conceived to mark the 100 years since the founding of CFRNA.

Compagnie franco-roumaine de navigation aérienne in full, the CFRNA was a French-Romanian transcontinental airline that flew passengers and mail between Paris and Istanbul in the 1920s before merging into Air France. 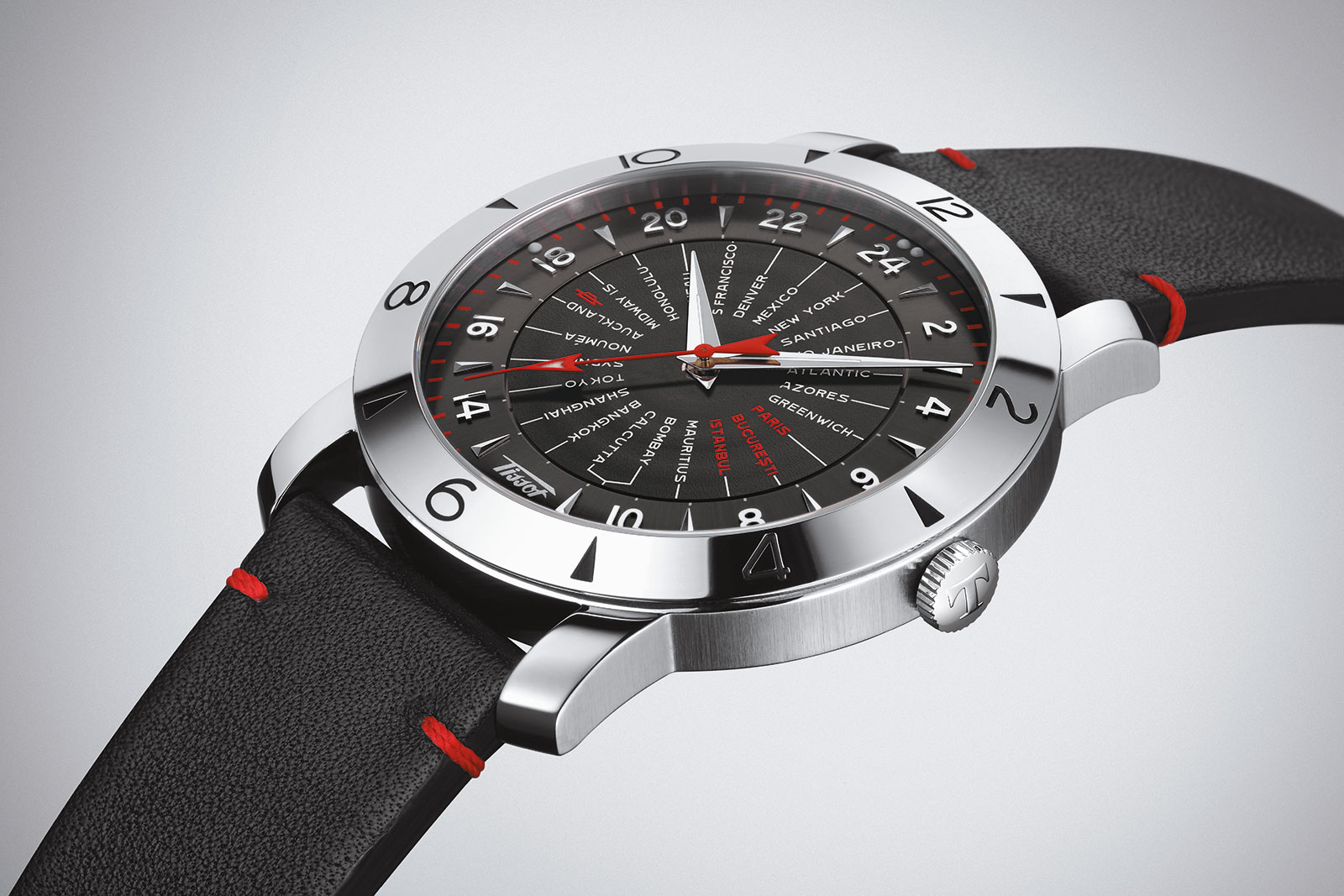 Translating as “arrow of the orient”, Săgeata Orientului was the original route flown by the CFRNA that included several stops on the way, including Bucharest. Despite taking 21 hours, the CFRNA flight was high-speed travel by the standards of the time, with the same trip by rail taking three days.

Although the Săgeata Orientului is essentially a colour variation of the Tissot world time – originally launched in 2013 for the brand’s 160th anniversary – it is smartly executed, and just as importantly, backed up by a rich historical tale evocative of the glamorous early decades of aviation.

And being a Tissot, the Săgeata Orientului is naturally affordable. The US$1800-ish price tag makes it strong value, and an eminently compelling buy (which I first came to know of thanks to Monochrome).

The only downside of the watch is inherent to the Heritage Navigator, which is 43 mm in diameter, making it a bit too large for a retro-style watch. 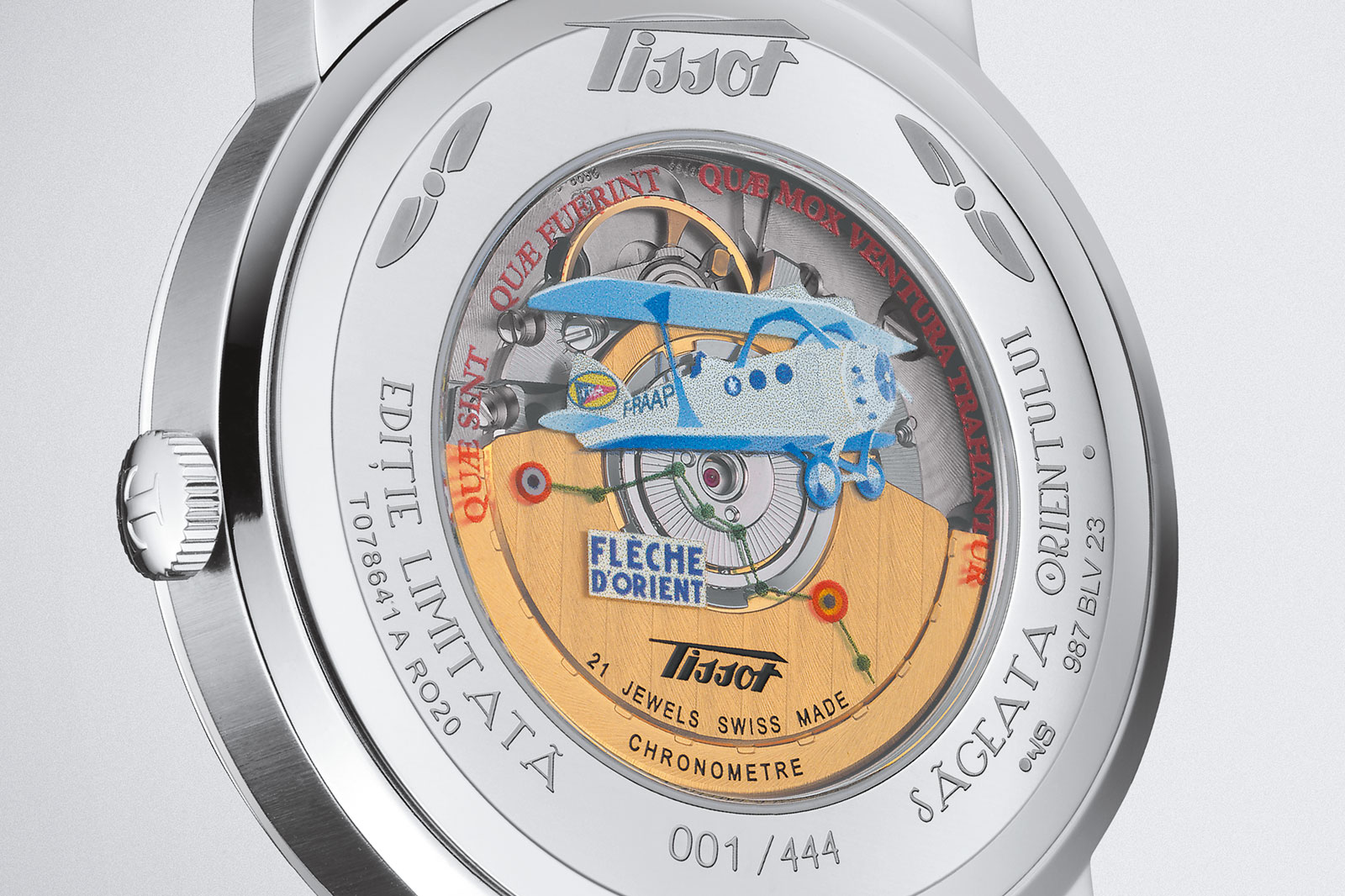 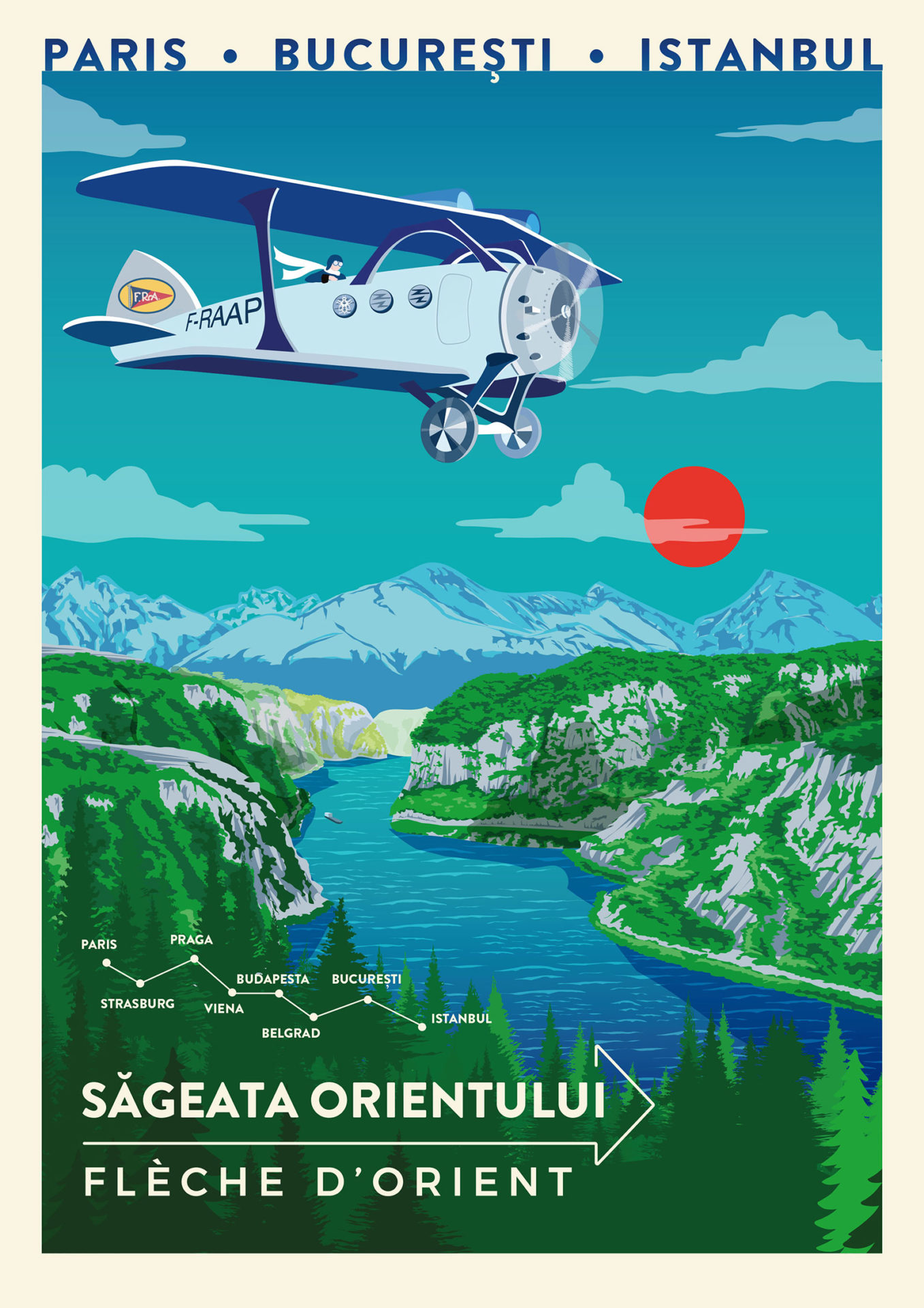 A poster inspired by period advertising for the CFRNA

The Săgeata Orientului is dressed în black and red, with various details that refer to the CFRNA. Most obvious are the trio of city names in red, which outline the route from Paris to Istanbul through the Romaniana capital Bucharest.

More subtle is the red seconds hand. In contrast to the straight hand found on the standard model, this seconds hand is shaped like an arrow. 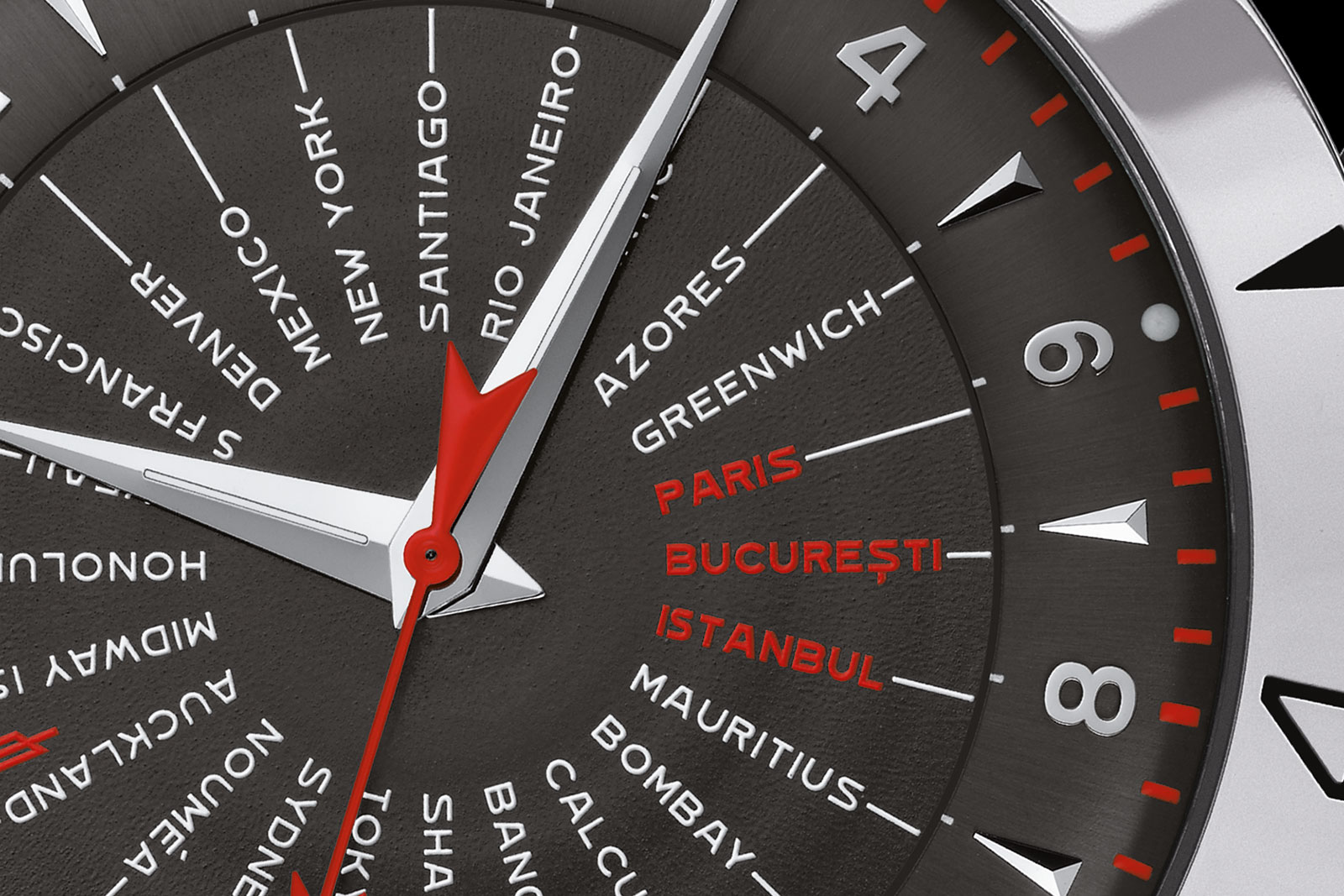 The steel case is a wide 43 mm in diameter, but a relatively slim 9.62 mm high. Inside is an ETA 2893-3, which is an ETA 2892 with an added world time mechanism. It’s a COSC-certified movement, and also dressed up modestly with a gold-plated rotor.

The movement is visible through a sapphire window that bears a printed emblem of the “Flèche d’Orient”, French for “arrow of the orient”. 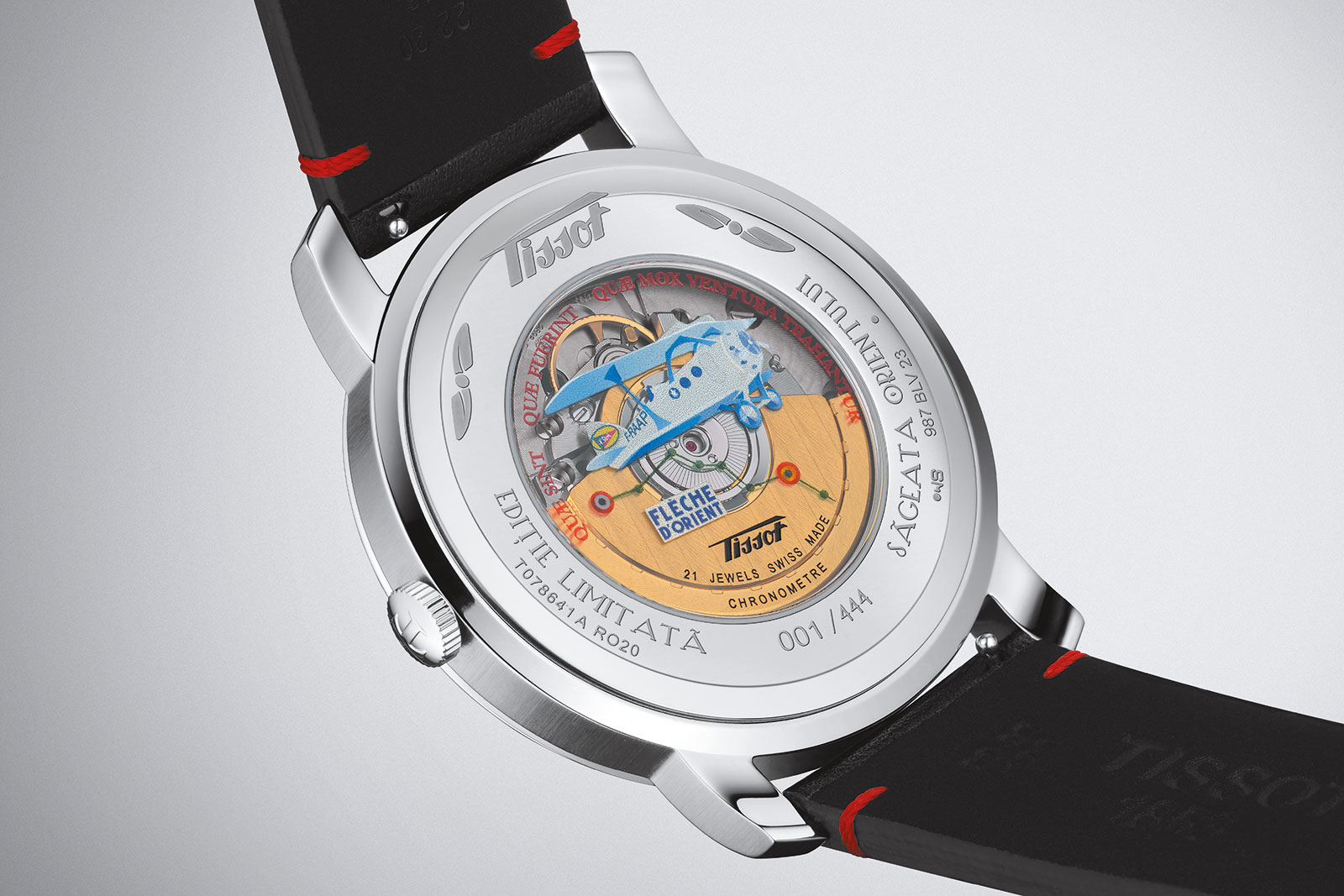 Each watch is delivered along with a various accessories, including a spare strap and travel pouch, as well as a copy of Săgeata Orientului – Pionierii Cerului, a book detailing the history of the CFRNA written by Romanian historian Dumitru Lăcătușu (which is unfortunately only in Romanian). 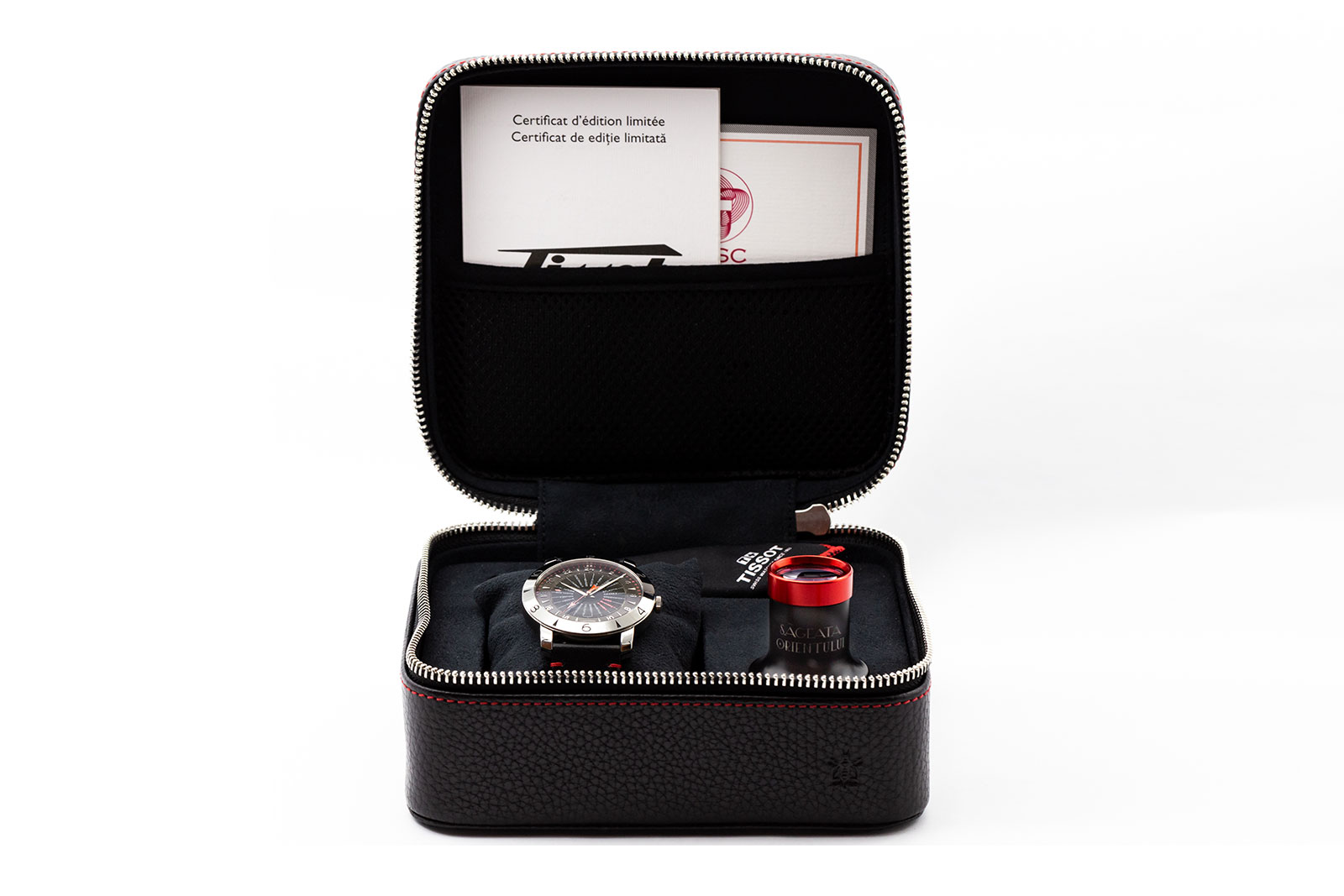