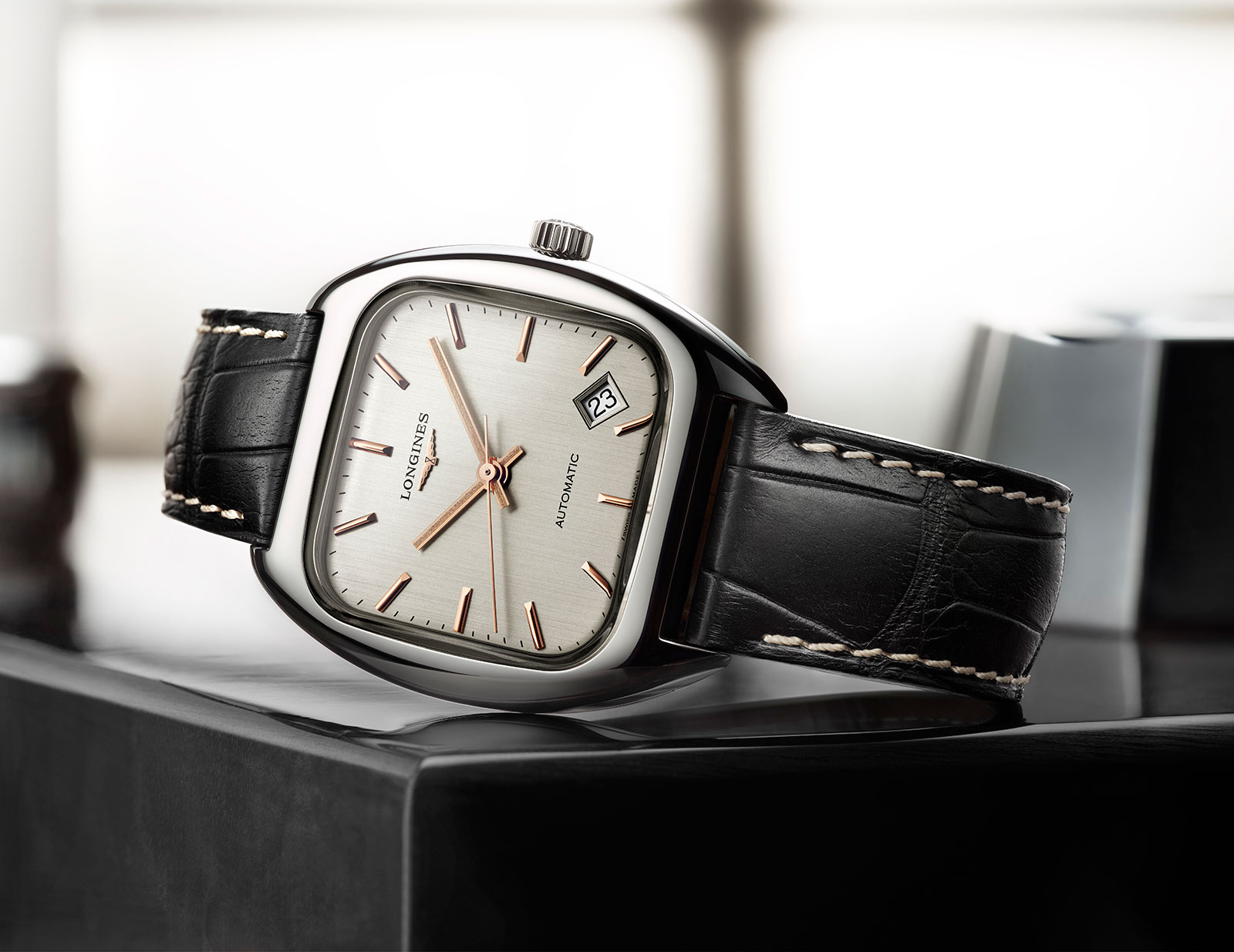 Longines‘ best known Heritage watches tend to be sporty or military-inspired. The new Heritage 1969, on the other hand, is a decidedly more elegant watch. Looking like a watch typical of the 1970s, the Heritage 1969 has a cushion-shaped steel case with a squarish dial.

Fitted with a “box-shaped” sapphire crystal that approximates the domed Plexiglas crystals found on vintage watches, the case measures just 36mm by 36mm, making it similar in size to the vintage wristwatch it’s based on. The dial has a vertical brushed finish and pink gold-plated baton markers, along with pink-gold plated hands. A date window sits in between four and five o’clock, just as on the original – unlike most Longines reissues that add a date window where it never existed. The Heritage 1969 (left) next to the original

It’s powered by the Longines calibre L888.2 (the same movement found inside the recent RailRoad reissue), a self-winding movement that’s an improved version of the ETA 2892. While the ordinary 2892 has a 45-hour power reserve, the L888.2 will run for 64 hours.