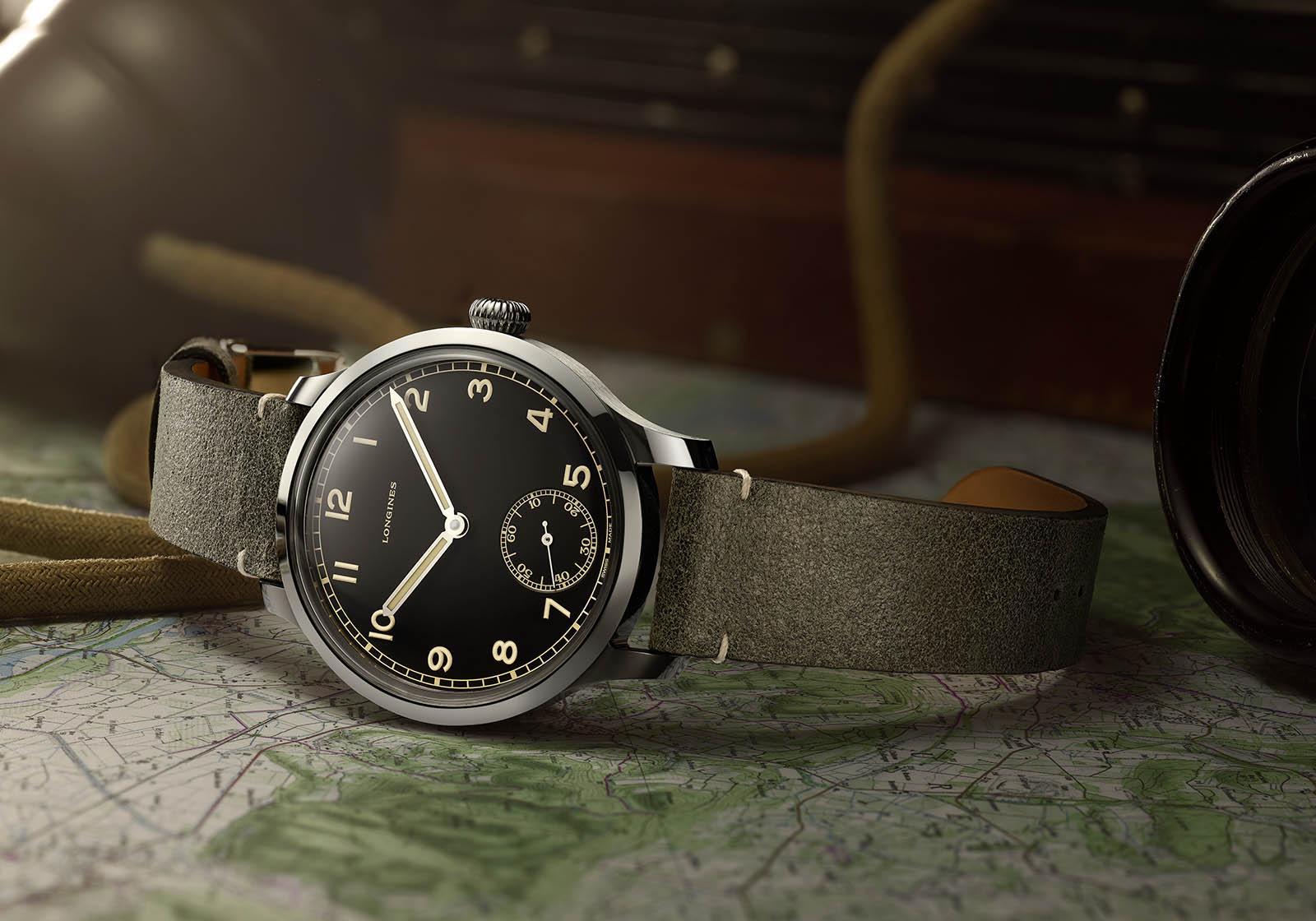 Following the recent Heritage Classic with a “sector” dial, Longines continues to churn out compellingly-priced, well-conceived remakes with the Heritage Military 1938.

Limited to 1938 pieces, the watch is modelled on the ref. 4092, an oversized military watch produced by Longines just before the Second World War. Such watches were often made for the firm’s agents in Eastern Europe, most prominently Zipper in Poland. 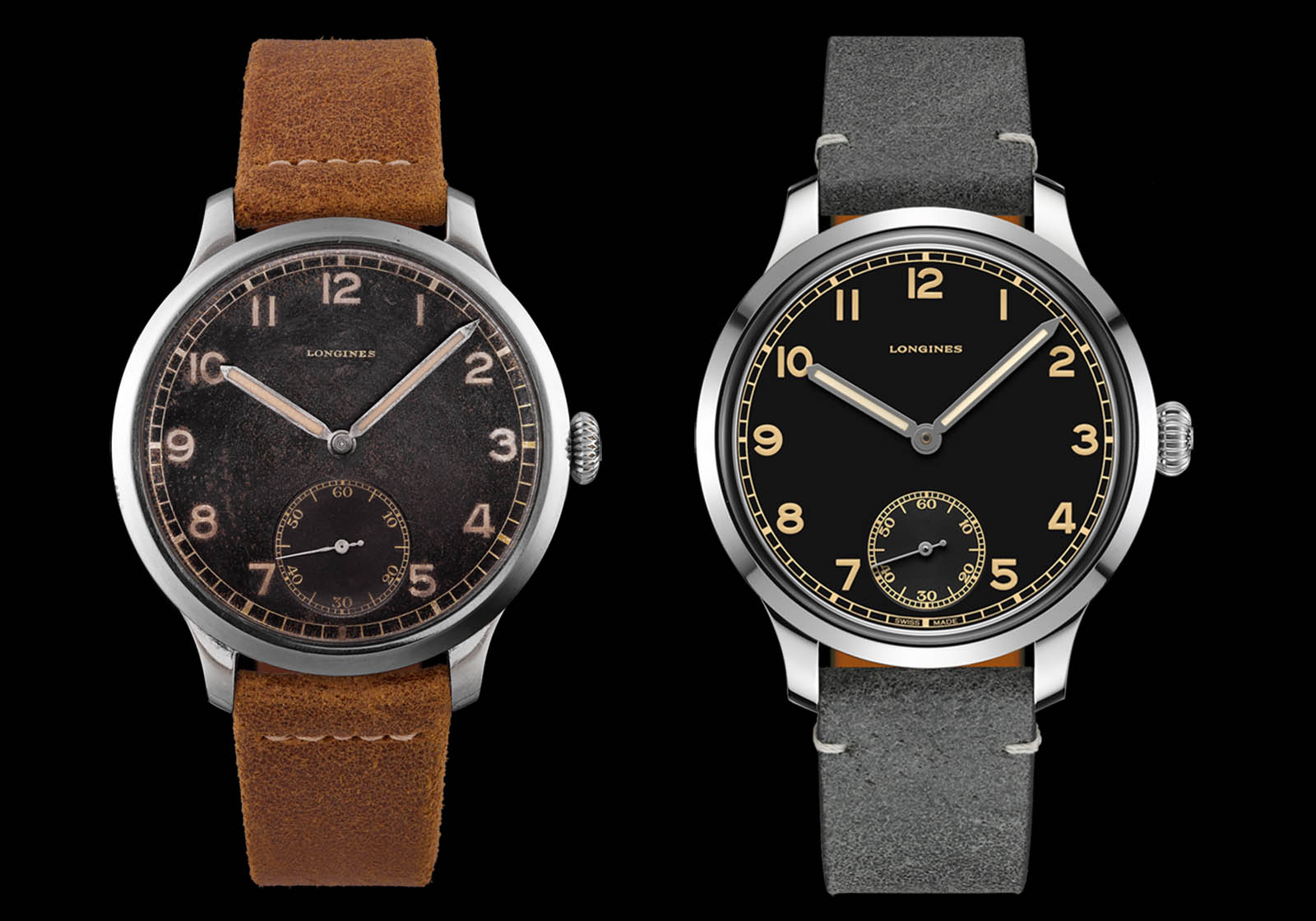 The original watch from 1938 (left) and the modern reissue (right)

Like the original, the Heritage Military 1938 has a 43mm stainless-steel case topped by a domed sapphire crystal, which is pretty much the only obviously modern element of the watch.  The rest is pretty much faithful to the original, right down to the typeface of the logo and numerals, even on the sub-dial.

Crucially – traditionalists will surely approve – the remake is hand-wound like the original, in contrast to most other Longines remakes that are self-winding. 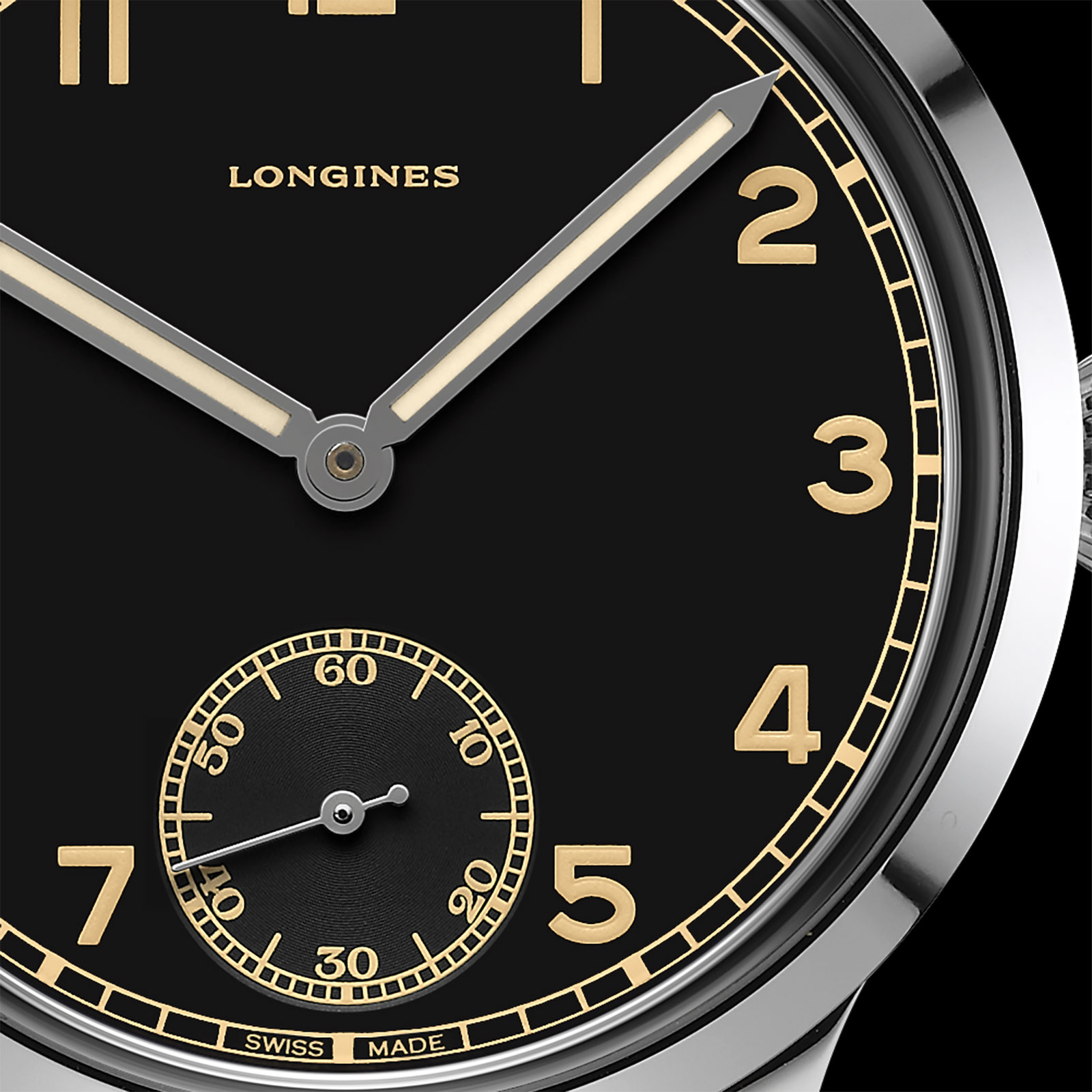 The case has a polished top surface on the lugs and bezel, with a contrasting brushed case band.

And the matte black dial features a railway minutes track, along with sans-serif Arabic numerals and baton-shaped hands filled with cream-coloured Super-Luminova to mimic the aged appearance of the radium “lume” on the original. 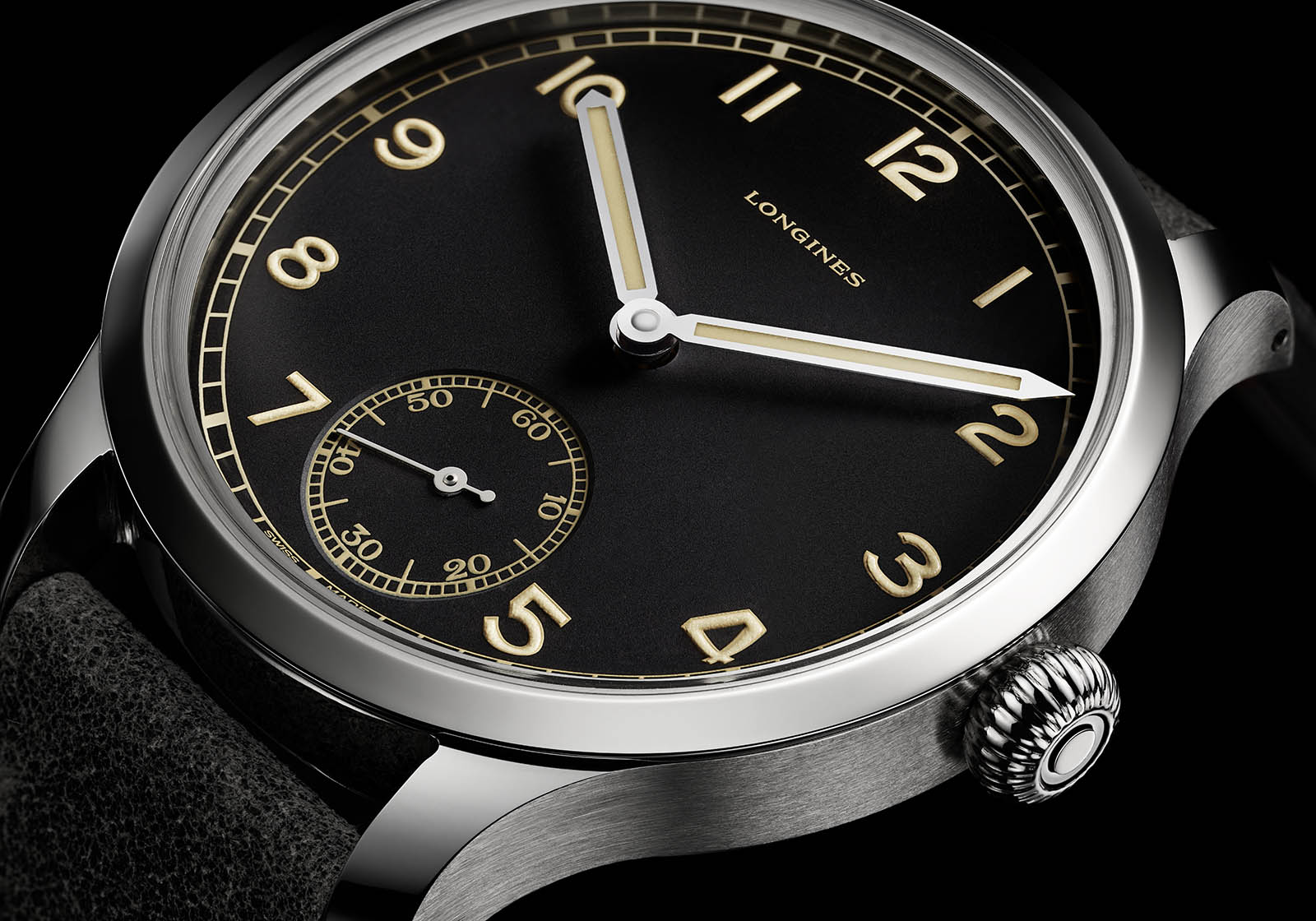 And because the watch is powered by the suitably large ETA Unitas 6498-1 that fills the case, the small seconds is correctly positioned, sitting a distance from the central axis and close to the bottom edge. In contrast, many modern watches of this type rely on smaller movements, resulting in sub-seconds sitting high up, close to the hands.

Originally developed for hunter-case pocket watches, explaining its size, the cal. 6498-1 is a hand-wound movement that runs at a frequency of 2.5 Hz and has a 46 hour power reserve.

The watch is available with either an aged charcoal-grey leather strap or a brown NATO-style leather strap, and accompanied by a strap removal tool.