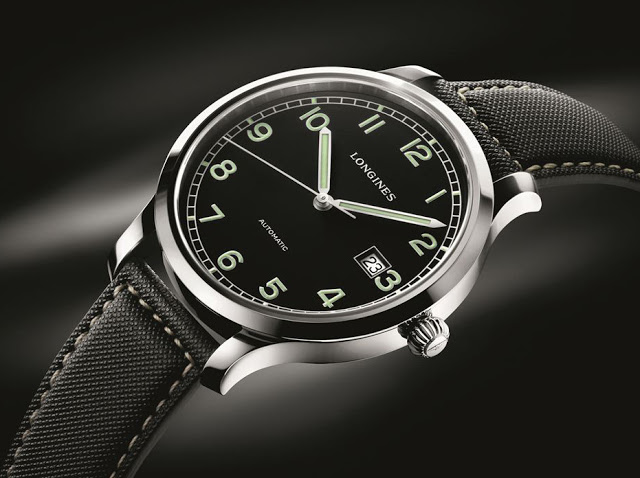 Longines, along with Tudor, are the most successful and consistent in creating remakes of vintage timepieces. This year Longines adds to its already sizeable Heritage collection with the new Longines Heritage Military 1938, which comprises a trio of watches.

The Heritage Miltary 1938 watches all have black dials with large, white Arabics, a small fluted crown and a prominent railway minute track. The three watches draw heavily on 1930s military watches like the WWW made for the British Army and of course the famous Longines “Greenlander”. All three watches are water resistant to 30 m and have synthetic fabric straps.

While I do like all of Longines historical remakes – they are nicely made and fairly priced – all of them have a date window (like the recent Avigation A-7 chronograph for instance) which looks blatantly out of place, though it is admittedly practical.