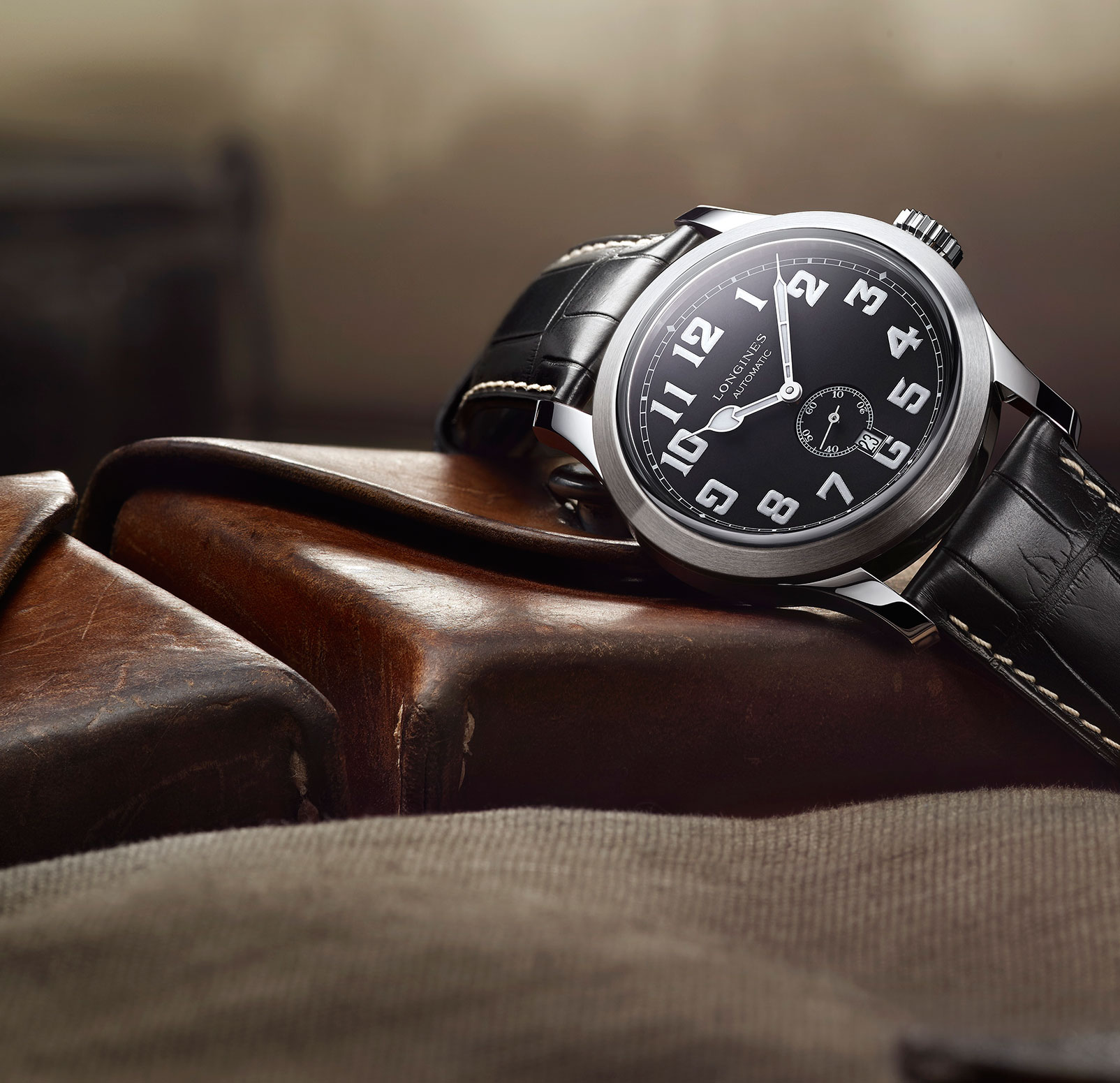 The 1918 specimen is typical of First World Watch wristwatches, known as trench watches. Being transitional watches between pocket and wristwatches, trench watches were essentially downsized pocket watches with thin lugs soldered onto the case. Like most other trench watches, the 1918 watch that’s the inspiration for the Heritage Military has a white porcelain dial with oversized Gothic-font numerals and thin, wire lugs.

While the Heritage Military has similar oversized Arabic numerals and railway minute track, the dial is a matte black while the hands are cathedral style. Inevitably it has a date at six o’clock, as all Longines Heritage reissues do, despite being historically incorrect. The 1918 Longines wristwatch in the company museum

The stainless steel case is a large 44mm in diameter, with widely spaced lugs. Combined with the black dial, the look is less that of a First World War trench watch than it is of pilot’s watches of the 1920s and 1930s, reminiscent of the Longines Heritage 1935. The movement inside is the Longines calibre L615.3, an automatic movement with a 42-hour power reserve that’s actually an ETA 2895 (which is a sub-seconds variant of the better known ETA 2892).