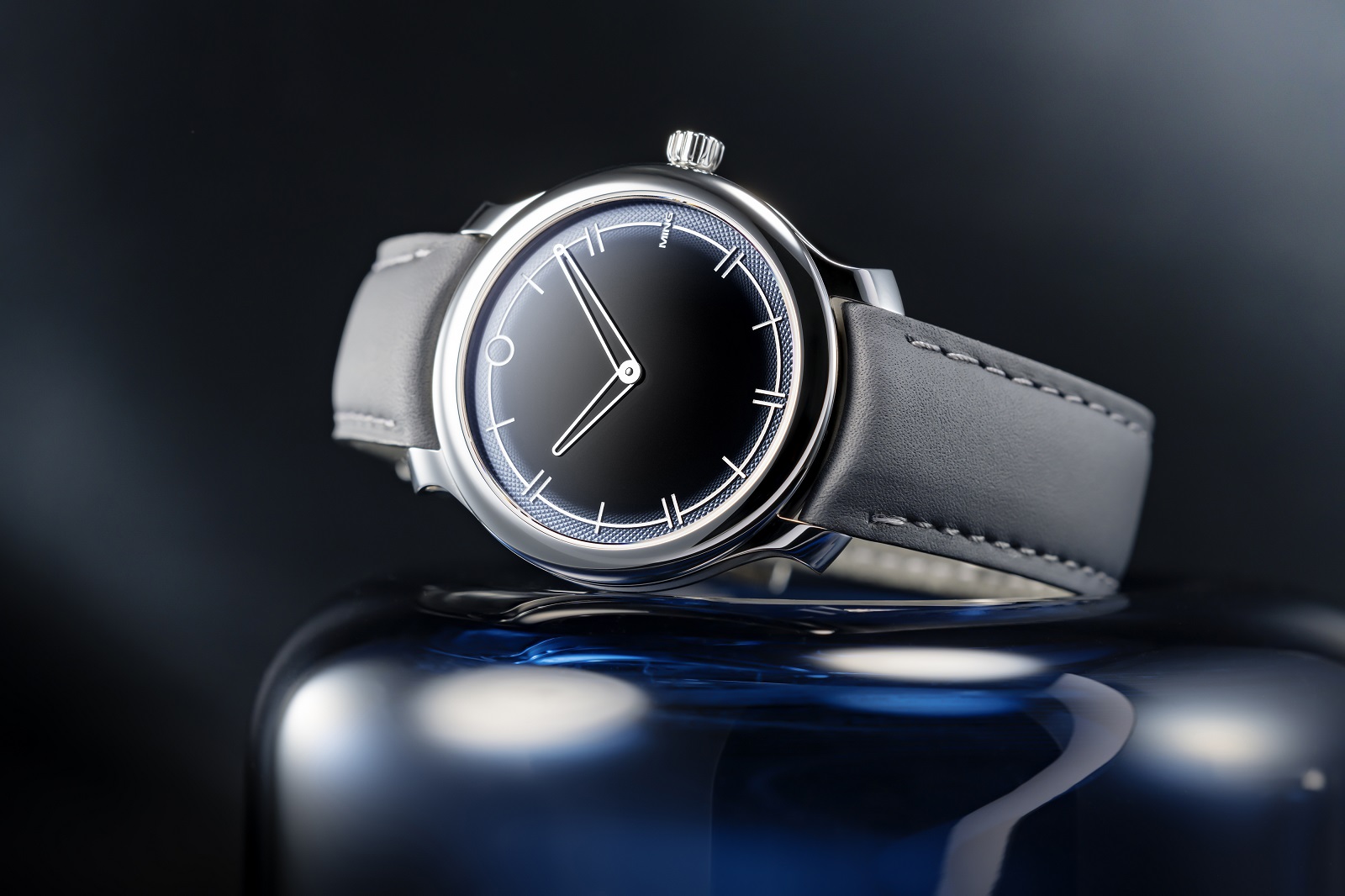 An evolution of the 27.01, the brand’s original extra-flat watch, the Ming 27.02 is a gentle redesign, retaining the same svelte case and movement, but incorporating a sapphire dial that has a gradient finish that sits on a clous de Paris guilloché ring around its perimeter – albeit at a substantially higher price. The 27.02 also marks the end of the 27 series; Ming “will be retiring the [series] permanently” once its production is complete.

The fact that Ming watches sell out swiftly upon launch attests to the popularity of its watches. So it is perhaps inevitable that the brand is gradually increasing the prices of its watches – albeit with upgrades to the product – as it repositions itself as a more upmarket brand. While the brand’s inaugural 17 series was well liked for being outstanding value – they were mostly under 1,500 Swiss francs – the 27.02 and recent launches like the Diver 18.01 indicate that Ming’s “budget” days seem to be well over. 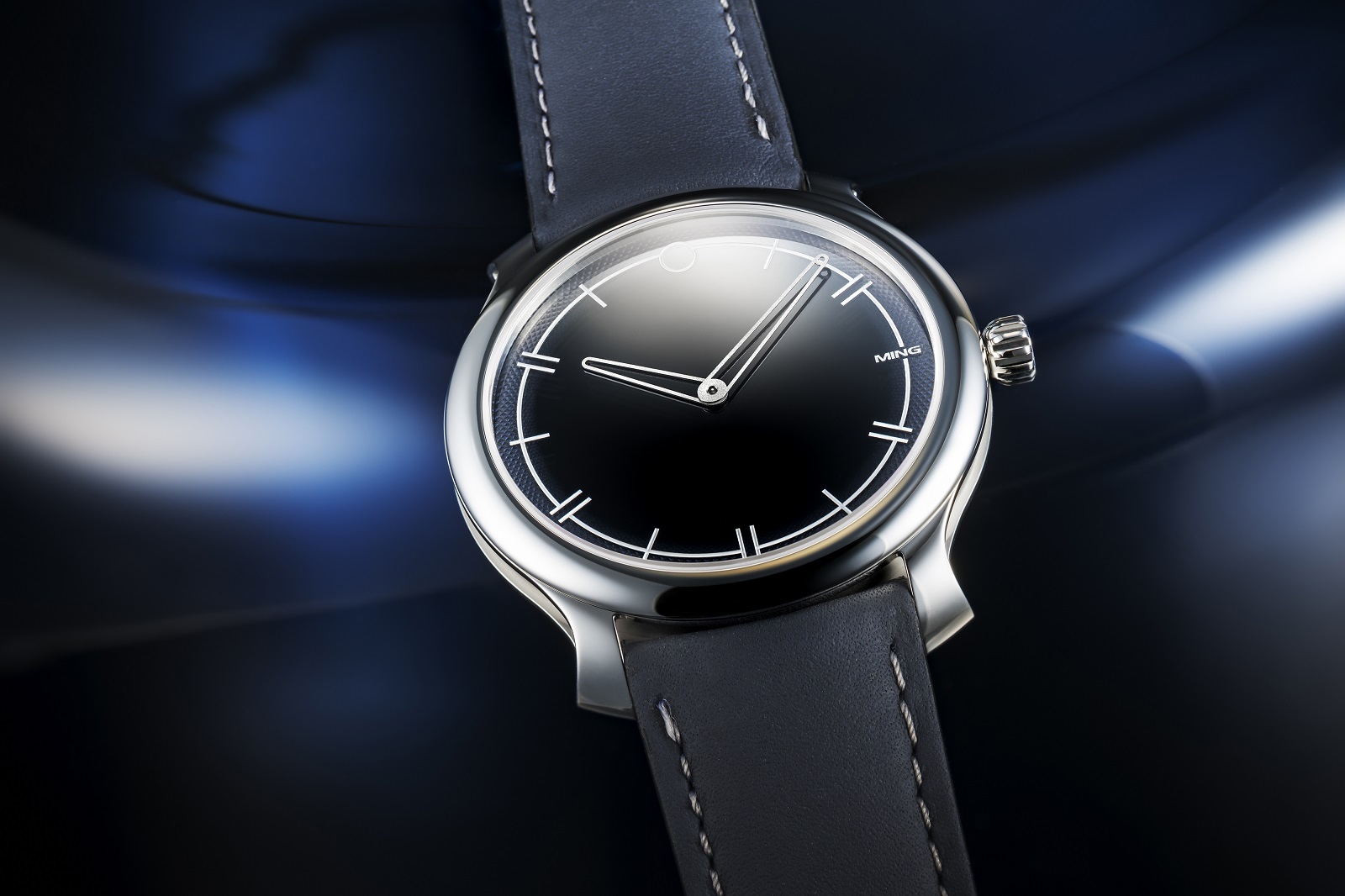 I find the 27.02 to be a fine, handsome watch, with a design that’s quintessentially Ming. The smoked sapphire dial is clever, with its gradient finish making the watch visually intriguing, creating a sense of visual depth that belies its thinness.

Nevertheless, the 27.02 is very much the same watch as the 27.01 (which in turn was an upgraded derivative of the 17 series). Both share the exact same case and movement – an ETA Peseux 7001 that has been significantly reworked by Schwarz-Etienne. But the 27.02 has a sapphire dial and guilloche ring, instead of the brass dial in the 27.01.

Still, the 27.02 costs an additional 1000 Swiss francs for what is essentially a facelift. Is it worth the premium? That is a salient question, especially given that Ming is also releasing a new run of the 27.01 priced at 3,950 Swiss francs. The 27.02, on the other hand, costs 4,950 Swiss francs. 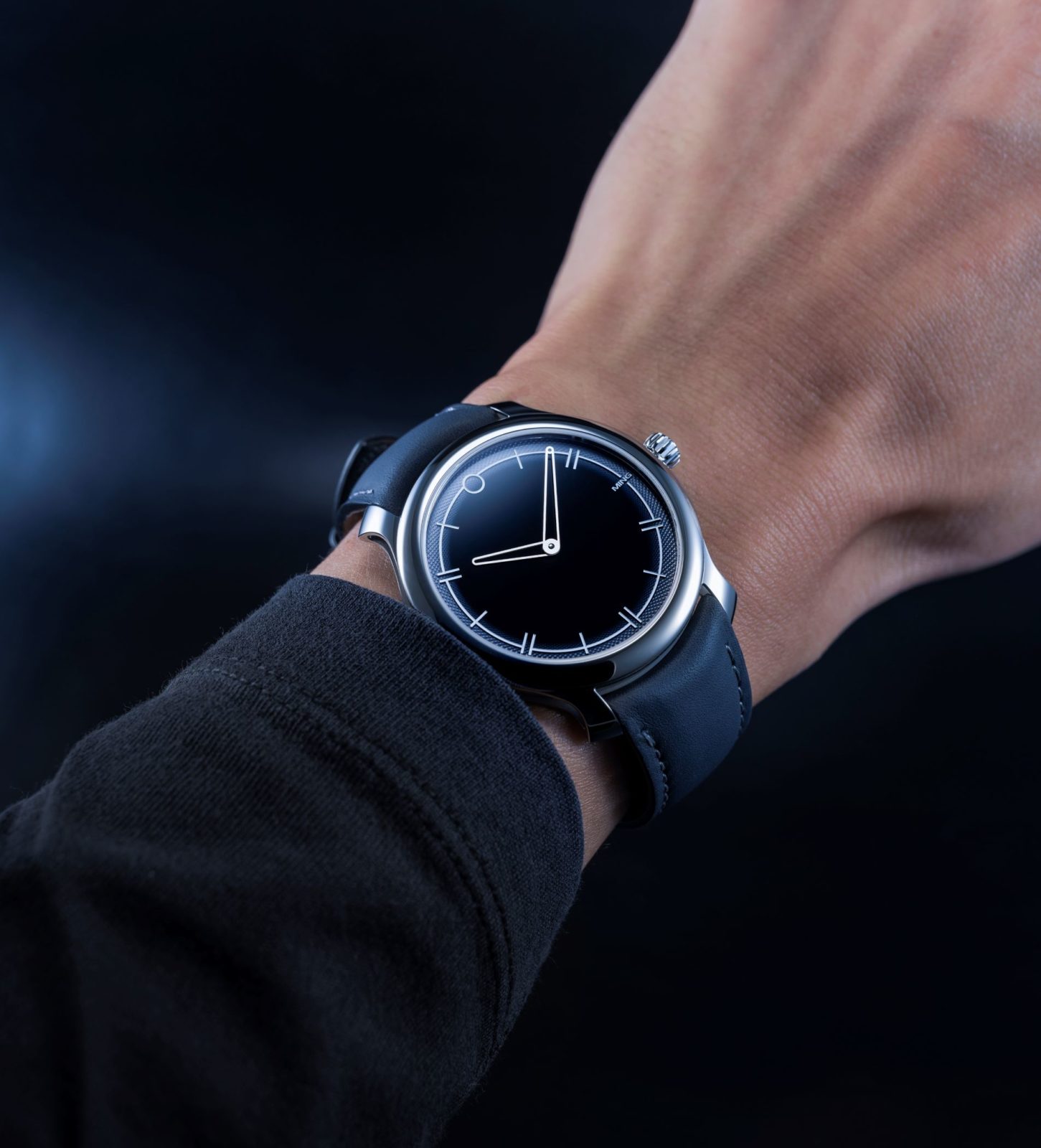 Having the same case, the 27.02 retains the 6.9 mm height of the 27.01 and its minimalist style, including the open-worked lugs. The 38 mm diameter makes it appropriate for a wide range of wrists.

The movement also remains unchanged: the Ming 7001.M1, a thin movement that makes the slim proportions of the watch possible. It’s an ETA Peseux 7001 substantially modified by Schwarz-Etienne, the watch brand that does most of Ming’s production and assembly. The movement has been partially skeletonised, leaving narrow bridges that are coated in matte black, allowing the entire wheel train to be visible. 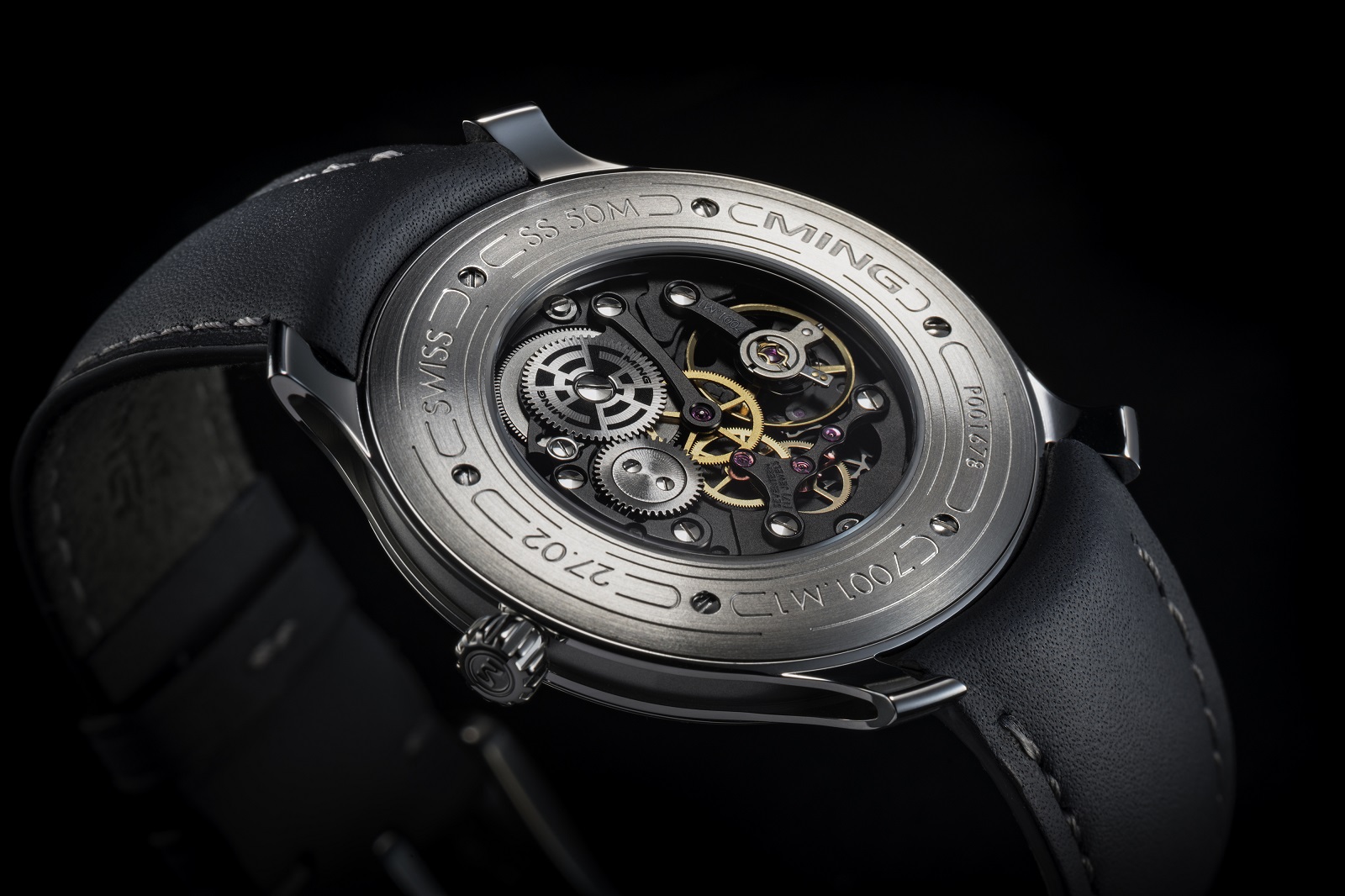 The 27.02 is billed as a formal-dress timepiece of sorts, explaining the lack of luminous material on the dial. However, the contrasting surfaces of the dial, as well as the monochromatic colour scheme, result in a timepiece that is remarkably legible. 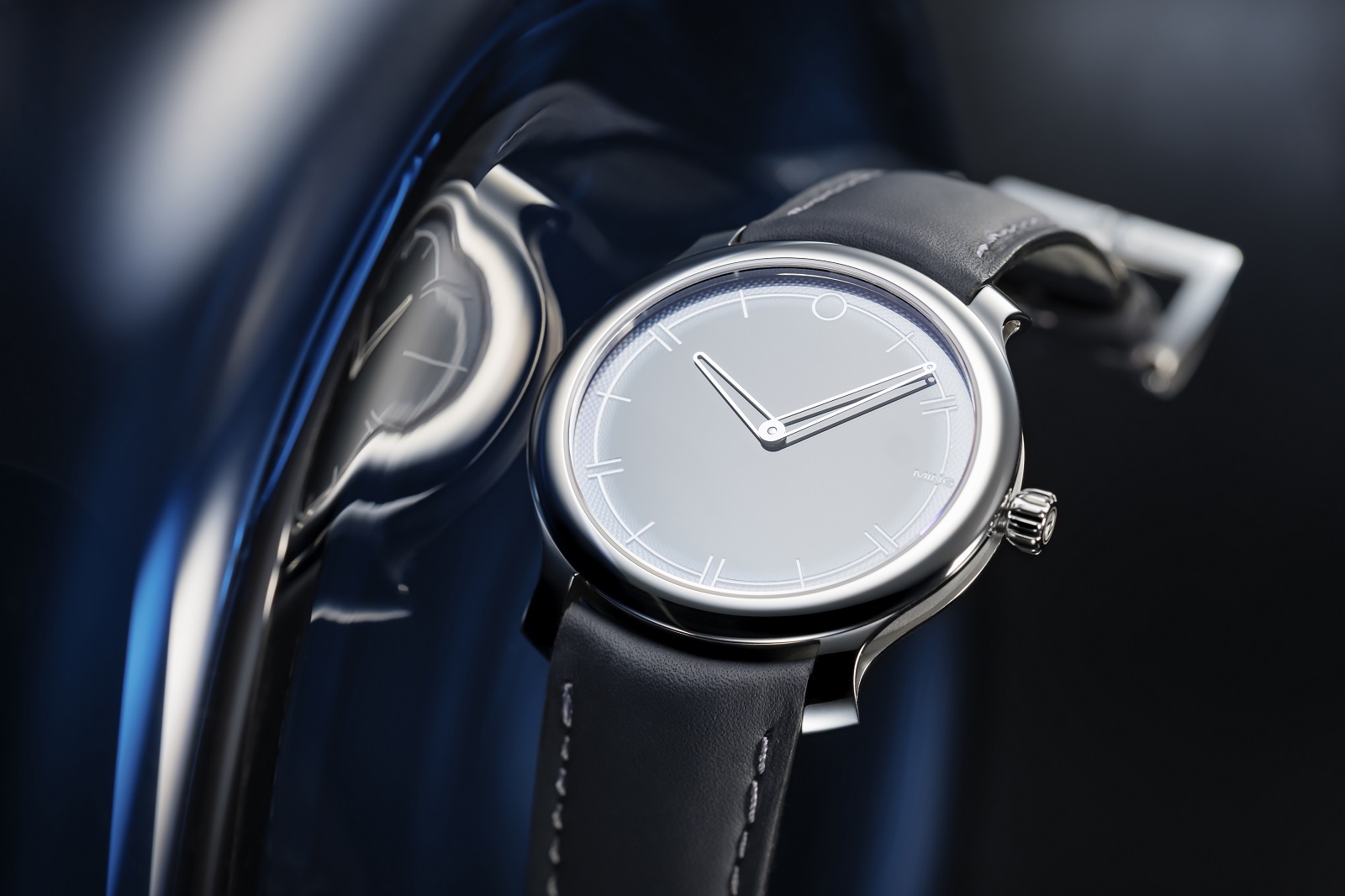 Beyond the dial, contrasting textures are also applied throughout the case, where a polished steel bezel transitions to the blue guilloché chapter ring framing the deep black centre. And the sandblasted, recessed flanks of the watch are juxtaposed against the polished, open lugs.

Limited edition: 200 pieces
Availability: Direct from Ming, with first deliveries in November 2021. The 27.02 will first be offered to current owners of Ming watches a day before sales to the public open on January 15 at 1:00 pm GMT.
Price: 4,950 Swiss francs

An extra-thin evolution in aesthetics and mechanics.