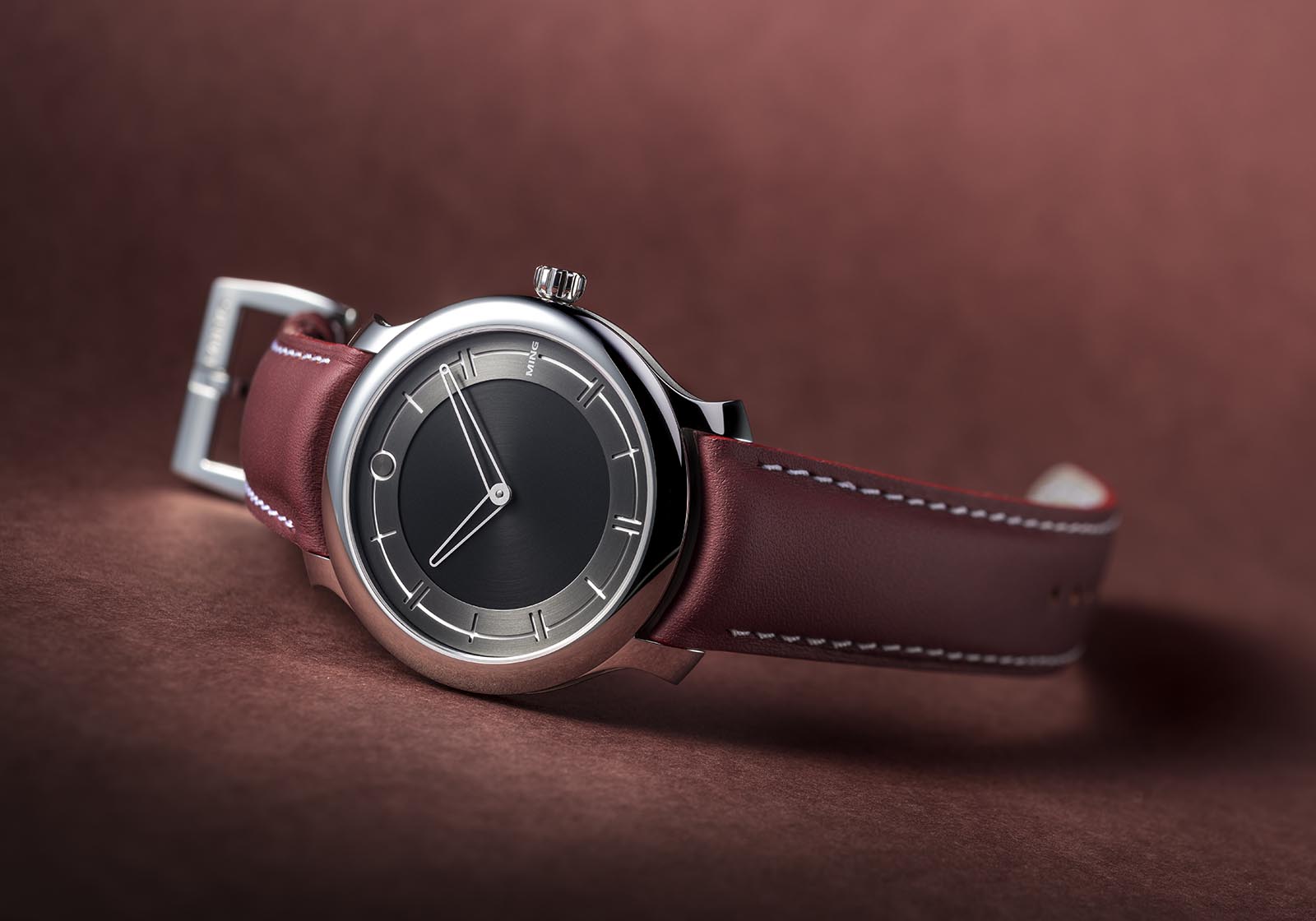 Ming is a “micro brand” that has gained tremendous recognition in a remarkably short period thanks to a well-cultivated design language and smart pricing. While the brand started out with the affordable 17 series, it then went upmarket with the 19 series. Now the brand has unveiled a new model that’s in-between the two, the Ming 27.01.

In many ways it’s an evolution of the entry-level 17 series, with a more elaborately-conceived but notably thin case as well as a major upgrade in terms of mechanics, resulting in a slightly higher retail price of 3,950 Swiss francs. 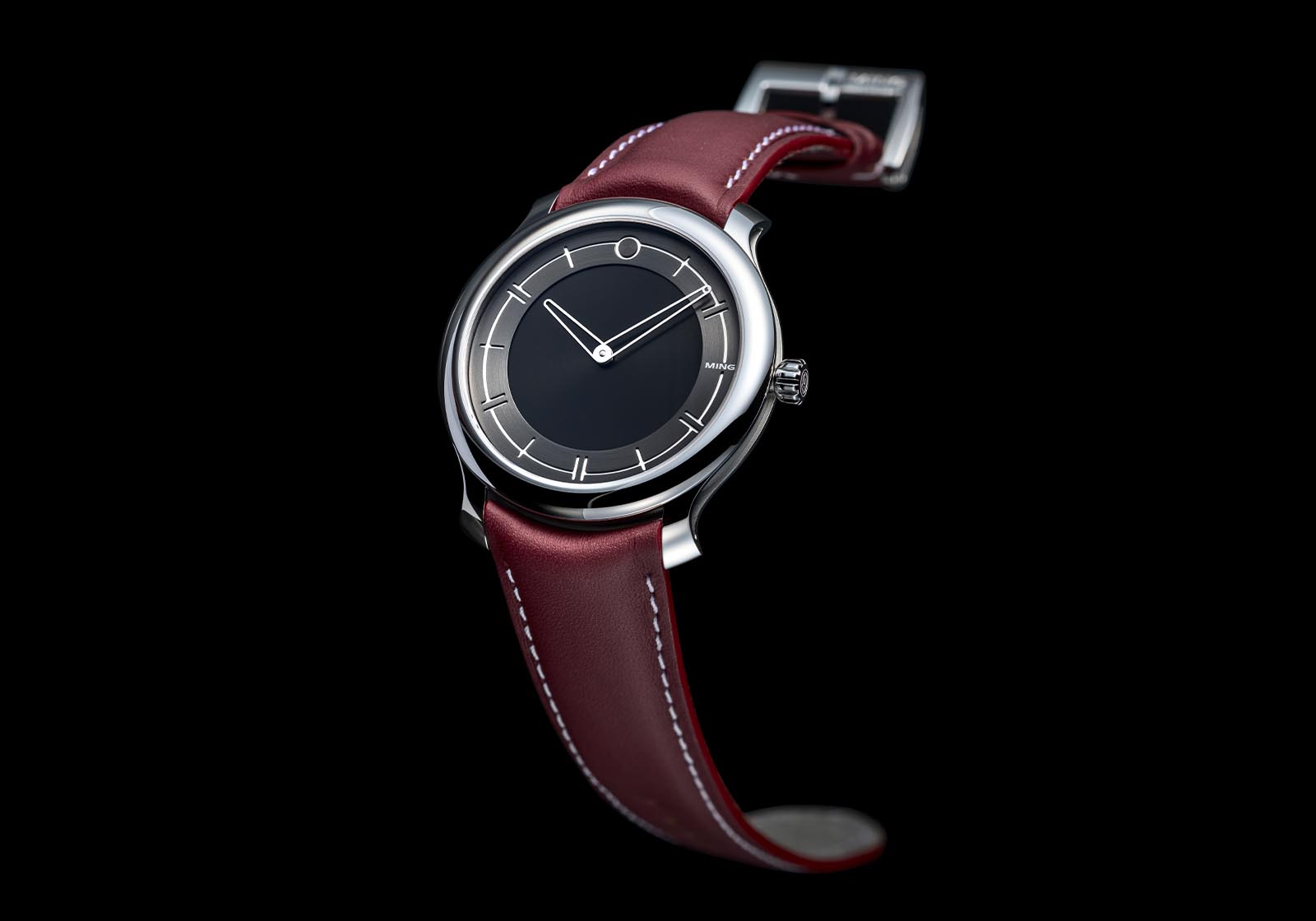 The 27.01 is a good-looking derivative of the 17 series that launched the brand. But it’s not just a similar design, the watch has been upgraded in a useful way, mainly with slimmer proportions and a more interesting movement.

Though the base movement is a pedestrian ETA Peseux, it’s been smartly modified to look different and attractive (though the revamped bridges look a bit skimpy leading to minor worries about shock resistance).

While the 17 series was great value for money – and cost very little money – the 27.01 is pricey in comparison. It’s priced substantially higher, at about US$4,000, which is still reasonable value, but less easily compelling than the 17 series.

While the 27.01 retains the same 38 mm case diameter as the 17.01, its height of just 6.9 mm 27.01 makes it the slimmest Ming watch to date. Because of its svelte dimensions, the case is made of steel, rather than lightweight titanium, for a more substantial feel.

The design of the case has also been subtly refined in both of design and finish. Though it appears identical to the 17 series from the front, featuring the same rounded, polished bezel and flared lugs, the case profile is distinct. The flanks are deeply recessed and sandblasted, while the lugs are polished and open-worked, resulting in a contrast of textures. 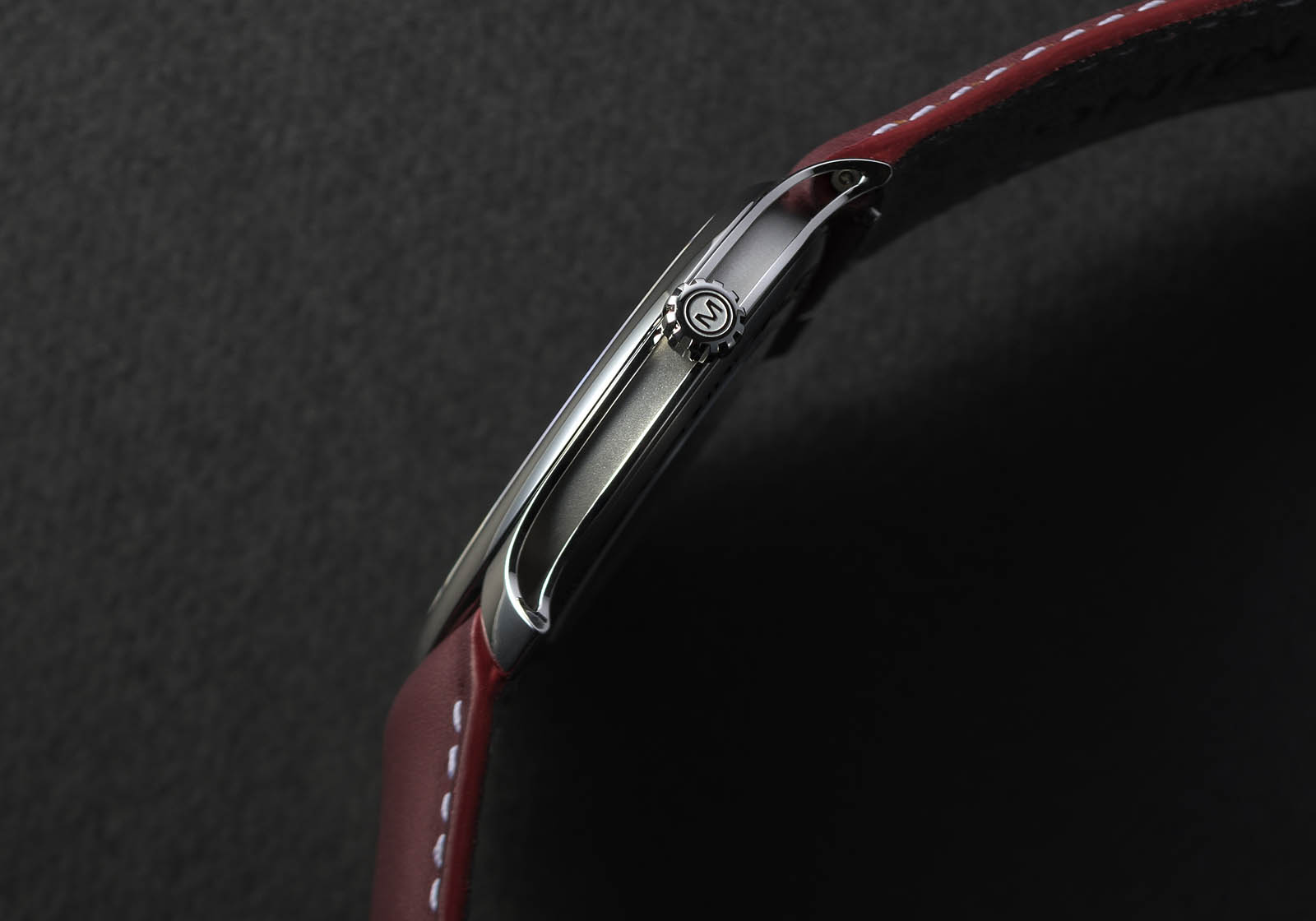 One of the most identifiable aspect of Ming watches is the multi-layered dials, which can be regarded as an original, modern take on the retro “sector” dial.

The 27.01 retains that typical Ming dial design but with a sandwich construction where brushed chapter ring has cut-outs for the hour track and markers, revealing the pale grey lower-dial plate below. And the hands are skeletonised, giving them stark contrast against the dark grey centre of the dial. 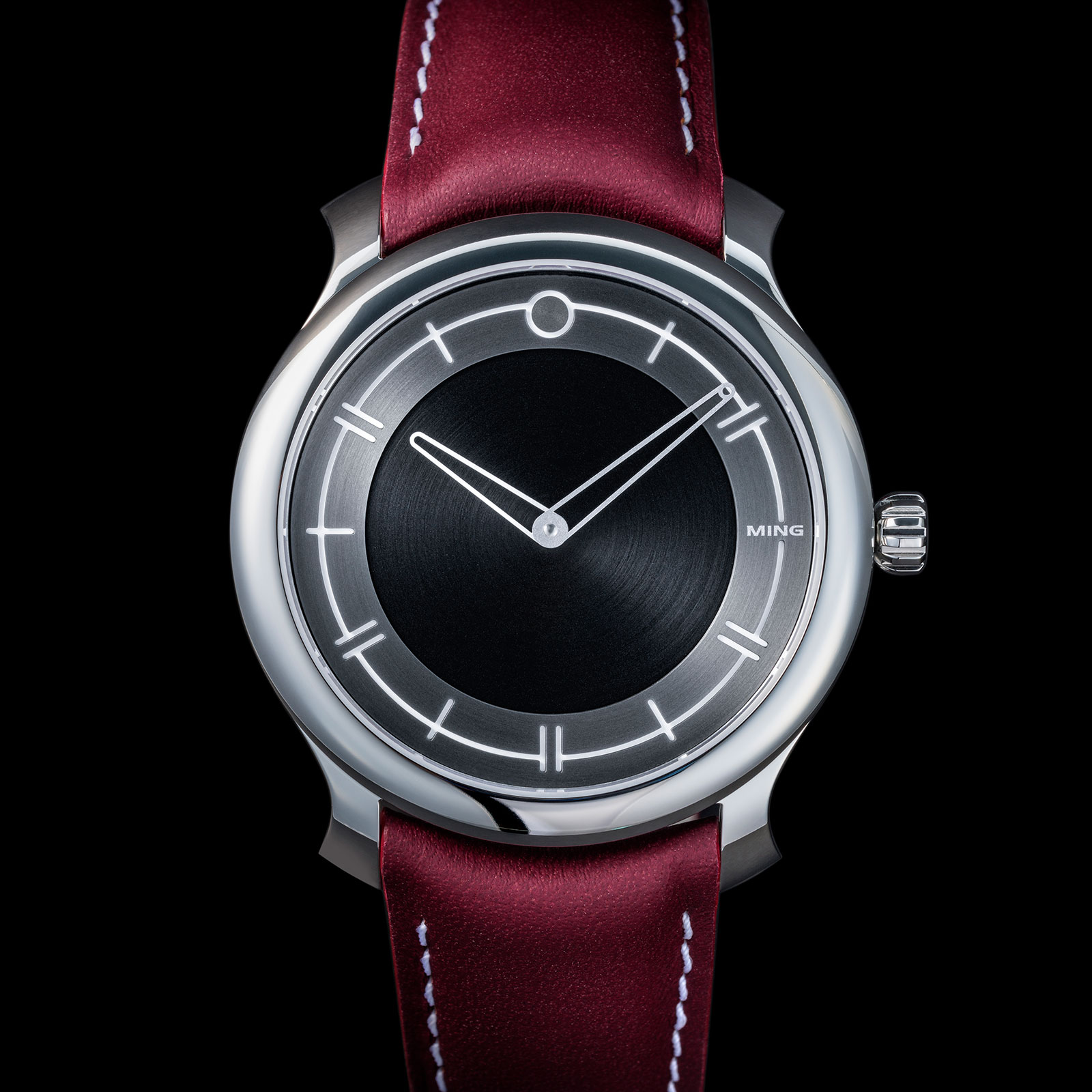 The most significant aspect of the evolution to the 27.01 is the movement, which is well-designed and attractive, and very much in tune with the brand’s house style.

Inside is a calibre based on the robust but slim ETA Peseux 7001 that’s been substantially reworked in terms of design and finish. The customisation of the movement is courtesy of Schwarz-Etienne, the Swiss watch brand that also produces its own movements, including the customised calibres Ming uses in its 19 series. 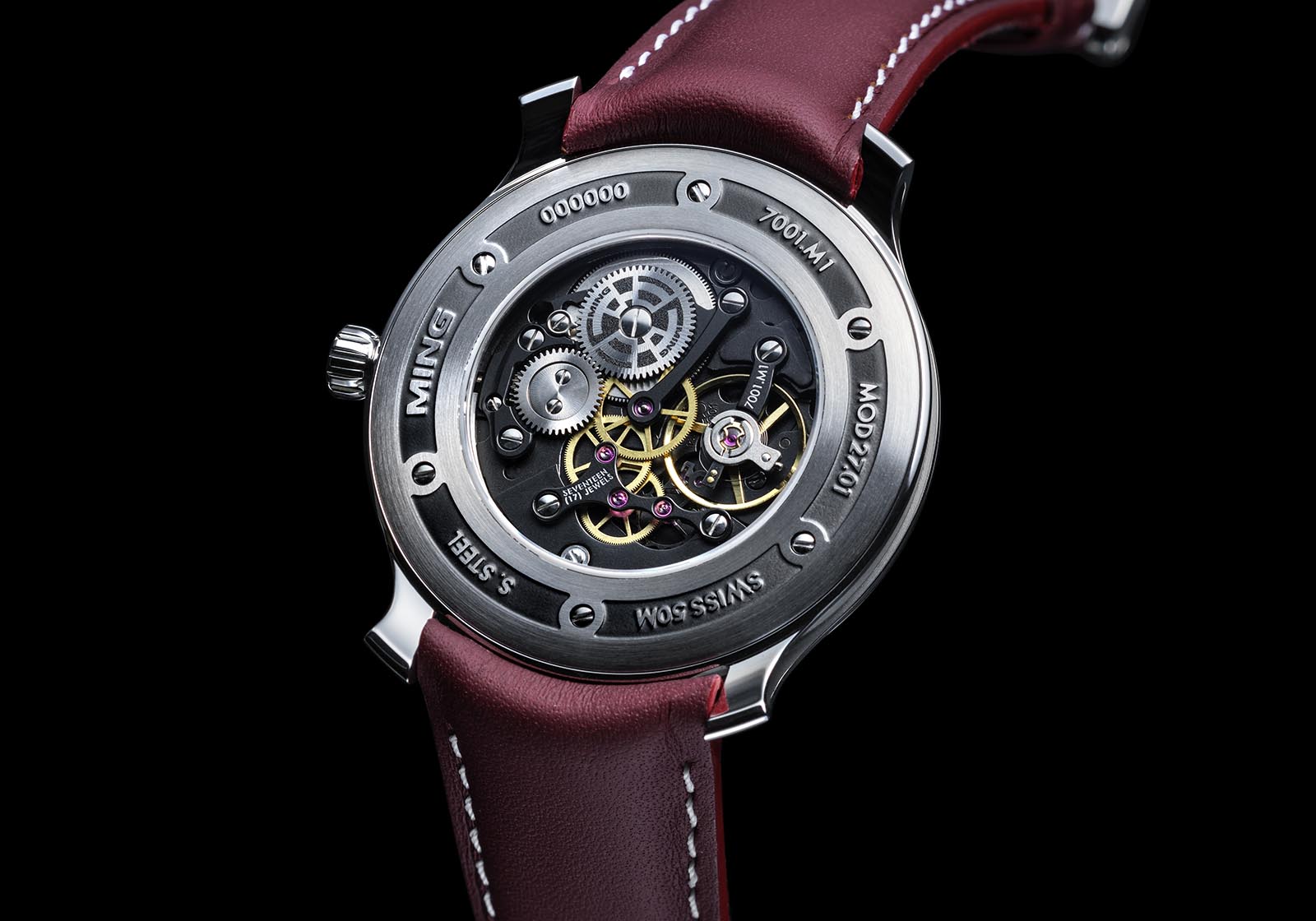 The movement retains the underpinnings of the Peseux 7001, namely the barrel, gear train, and escapement, while all the aesthetics have been reworked. All of the bridges as well as the base plate are made from scratch, and plated in matte, black-chrome plating. 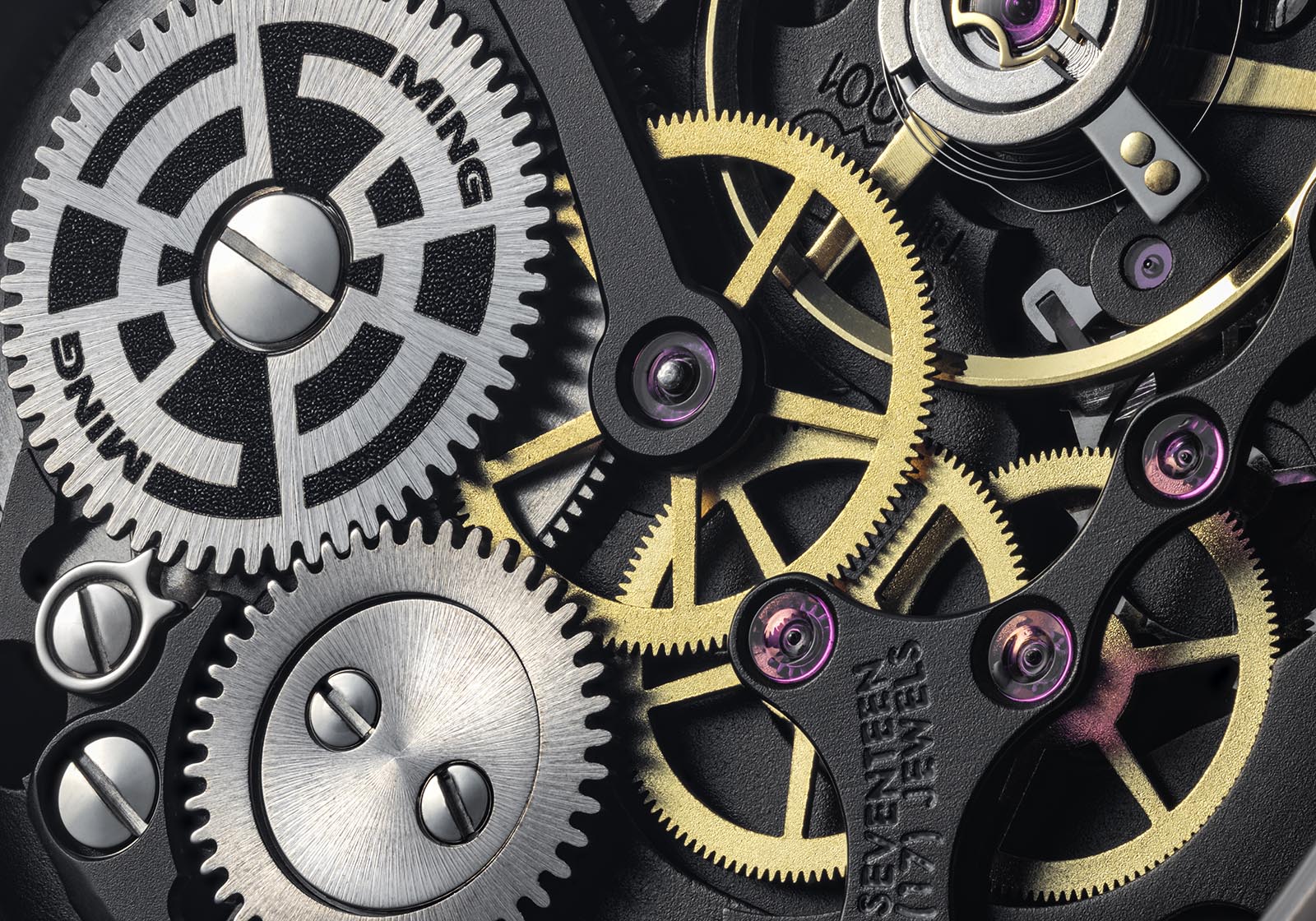 But more crucially, while the stock Peseux 7001 has three large bridges that cover much of the movement, the Ming movement has been given a new set of narrow, minimalist bridges, leaving the entire wheel train visible. 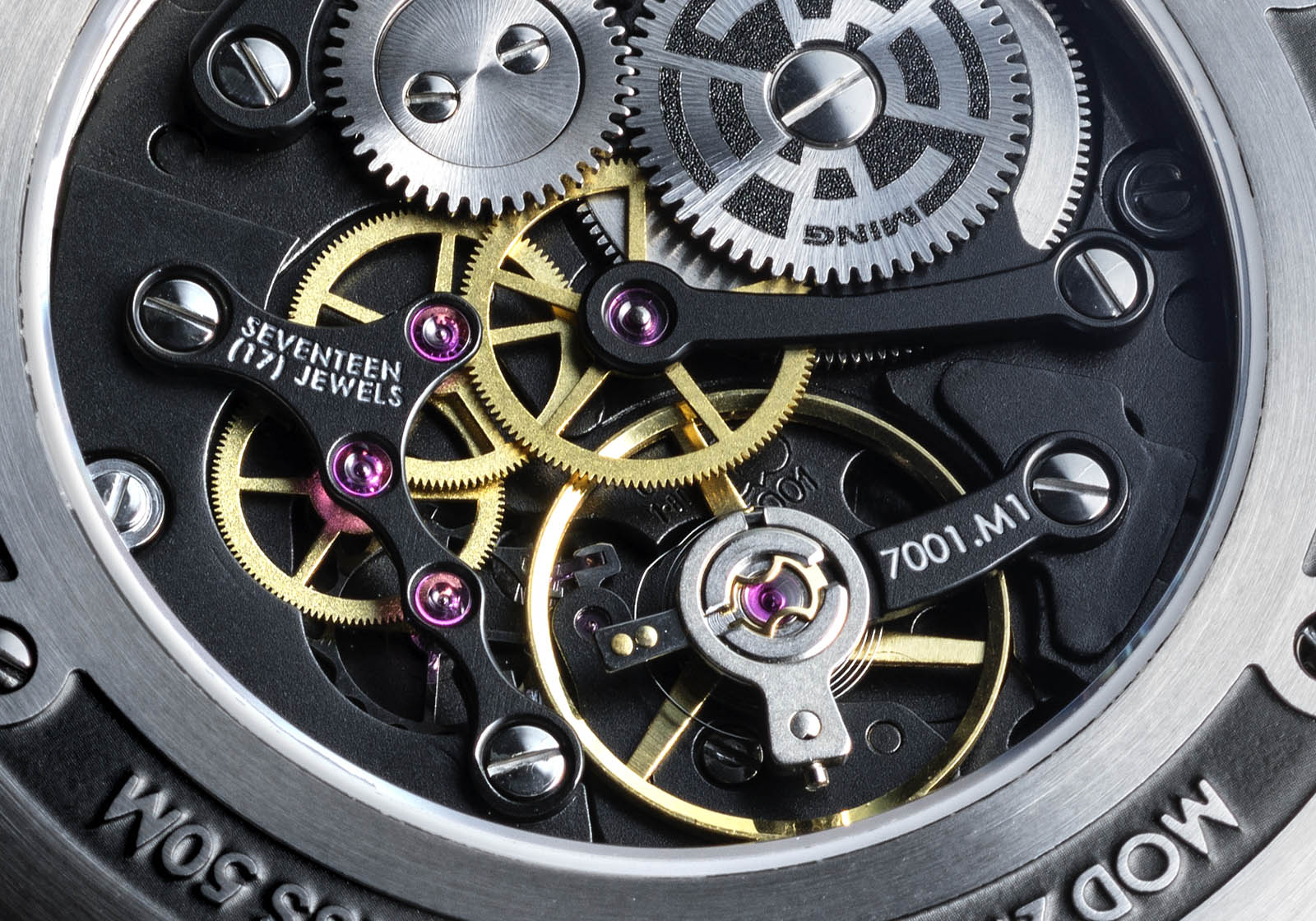 Limited edition: No, but 2020 production will be 125 watches
Availability: Direct from Ming, with first deliveries in September 2020
Price: 3,950 Swiss francs

Correction May 2, 2020: The movement runs at 3 Hz, and not 4 Hz as stated in an earlier version of the article.

An affordable GMT clad in blue.