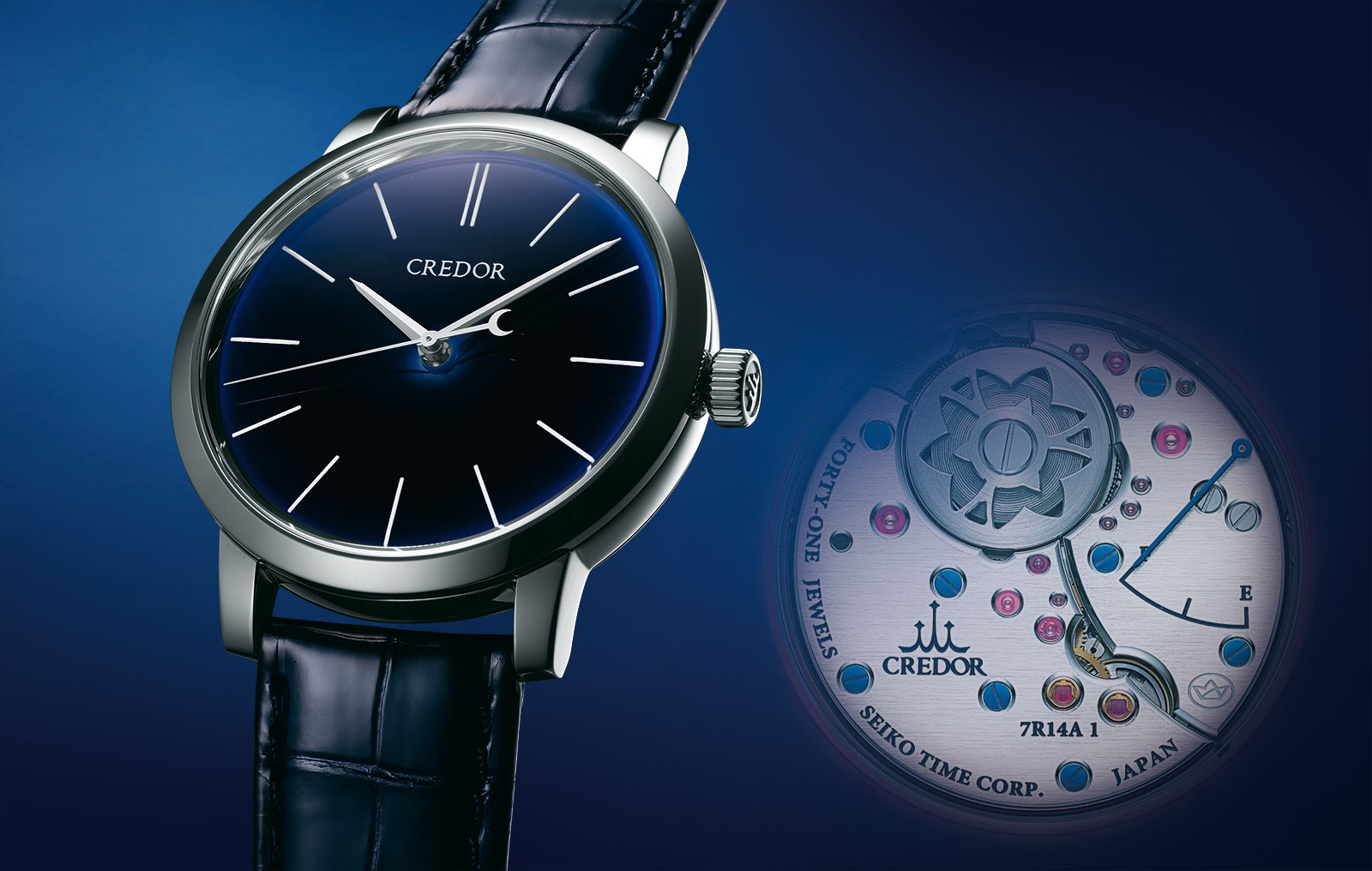 While next year has yet to start, Seiko has begun the progressive release of the special editions marking the 140th anniversary of its founding in 1881 by Kintaro Hattori. Unquestionably one of the most beautiful of the anniversary, despite being only the second commemorative watch announced so far, is the Credor Eichi II with a dial in ruri blue (ref. GBLT997).

The third variant of the Eichi II to date after the original and the rose gold version – or fourth variant if you count the edition for the Wako department store that’s nearly identical to the original – the new model features a porcelain dial glazed in a dark blue that’s reminiscent of lapis lazuli. Requiring two years of development to perfect according to Seiko, the blue glaze is applied in several layers that are individually fired in an oven to create the deep, nuanced colour. 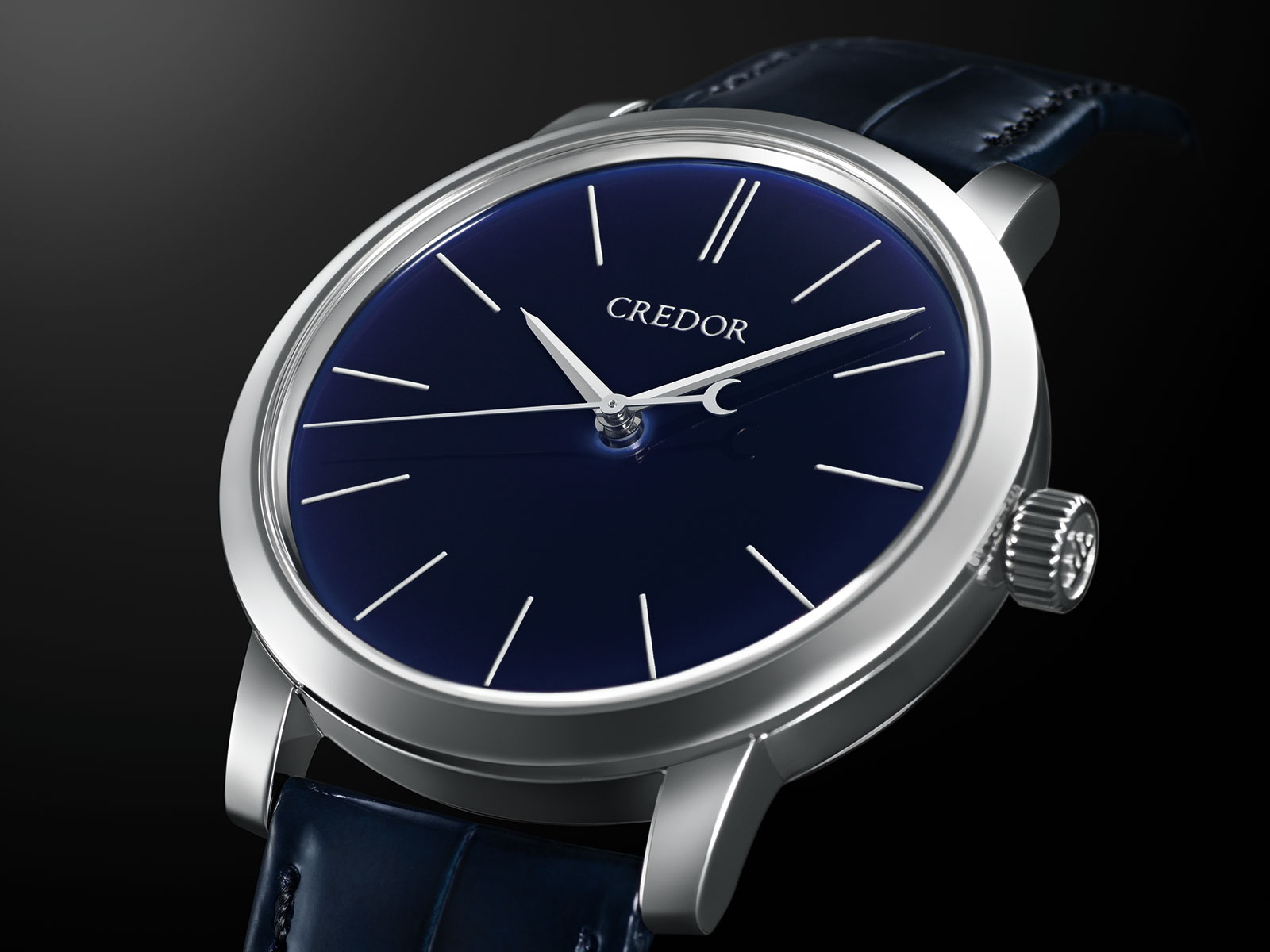 The Eichi II is a brilliantly restrained watch that has a gently designed dial and gorgeously finished movement. Even though Seiko does make more complicated and expensive watches, the Eichi II is arguably the flagship watch of the brand’s top-of-the-line offerings, a halo product of sorts. 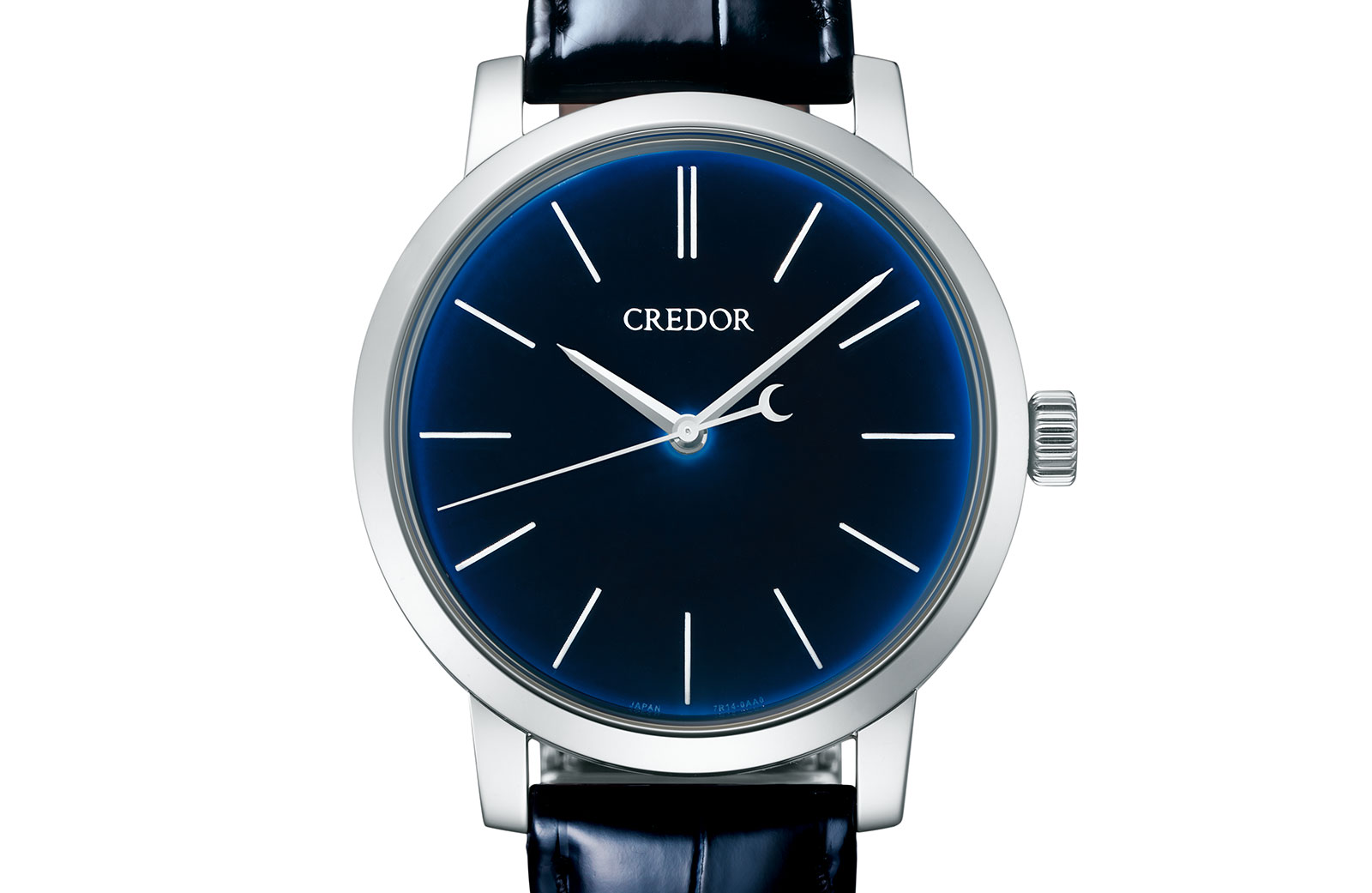 While the new Eichi II in blue is no doubt beautiful, and perhaps more striking and unusual than the original, it feels like there are too many variants of a special watch. Even though the tangible qualities of the watch remain intact, its status as the ultimate time-only Seiko is being chipped away by the Eichi II iterations, as well as the Grand Seiko models powered by a related calibre.

That said, the new Eichi II costs half of the price of the recent Grand Seiko Kintaro Hattori 160th Anniversary, making this a good deal in comparison.

The deep blue of the dial is ruri, short for ruri-iro, often know as lapis-lazuli blue. Historically the colour referred to a porcelain glaze, ruri-yu, that achieves its colour with cobalt pigments.

Here the dial is porcelain, as it is on the original Eichi II, but covered in several layers of blue glaze, with each layer requiring its own trip to the oven. The finish produces a rich blue surface that is actually rendered in multiple tones, with obvious lightening towards the edges of the dial, and also the centre where there’s an opening for the hands.

While the porcelain dial base is produced by a specialist supplier, the blue glaze is executed in house at the artisanal Micro Artist Studio, as are the hand-painted hour markers and logo. 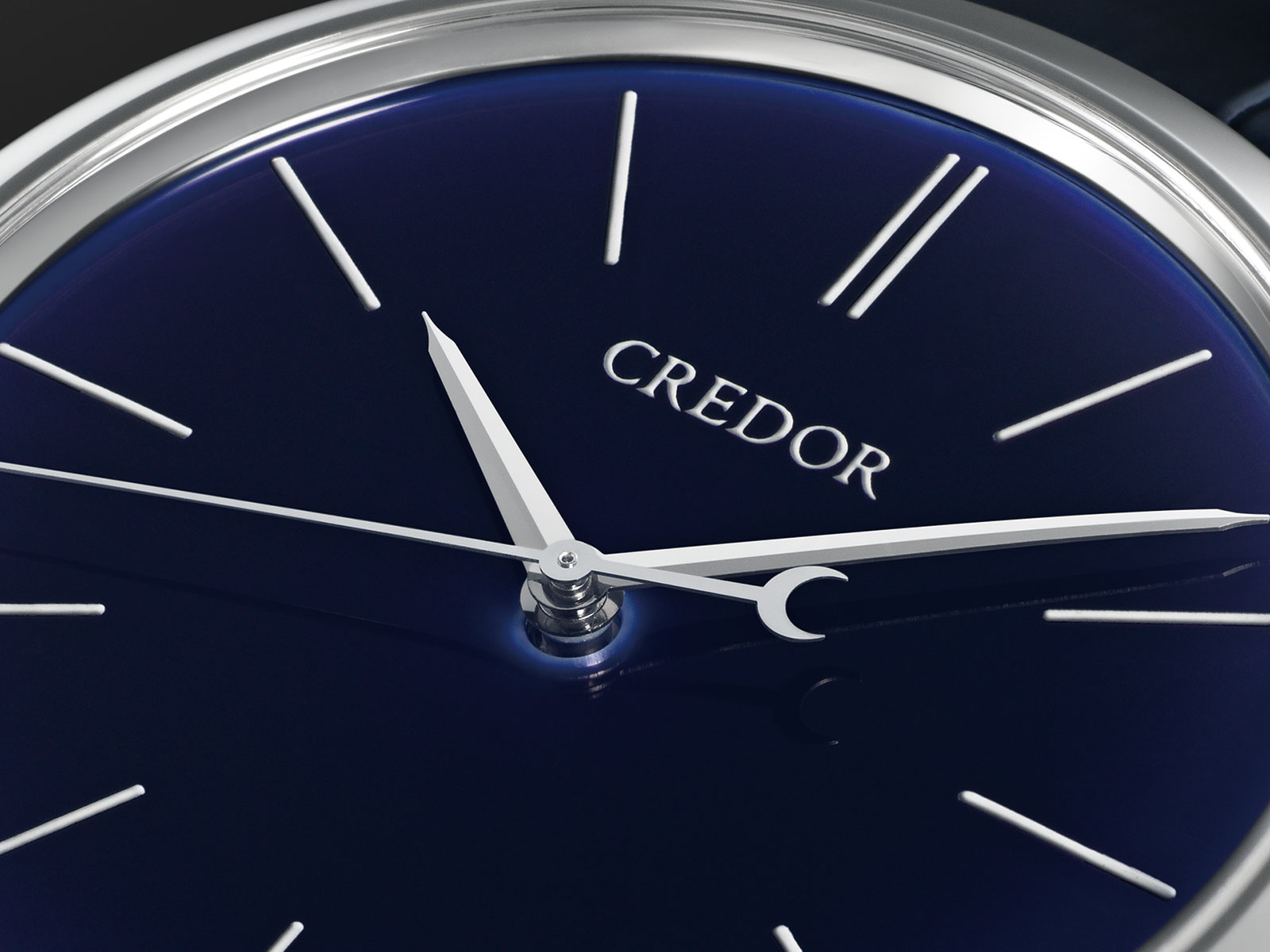 The rest of the watch is identical to the original Eichi II. The case is 39 mm wide and 10.3 mm, with the 7R14 movement inside visible through the display back.

Produced at Seiko’s Micro Artist Studio, the 7R14 combines both modern technology and traditional decoration. It’s a Spring Drive movement – made up of a mainspring and mechanical going train coupled with an electronically-controlled oscillator – but finished entirely by hand to an exemplary standard. All of the bevelling, for instance, is done by hand the traditional way, and given its mirrored finish with a stick of soft wood from the Gentian tree. 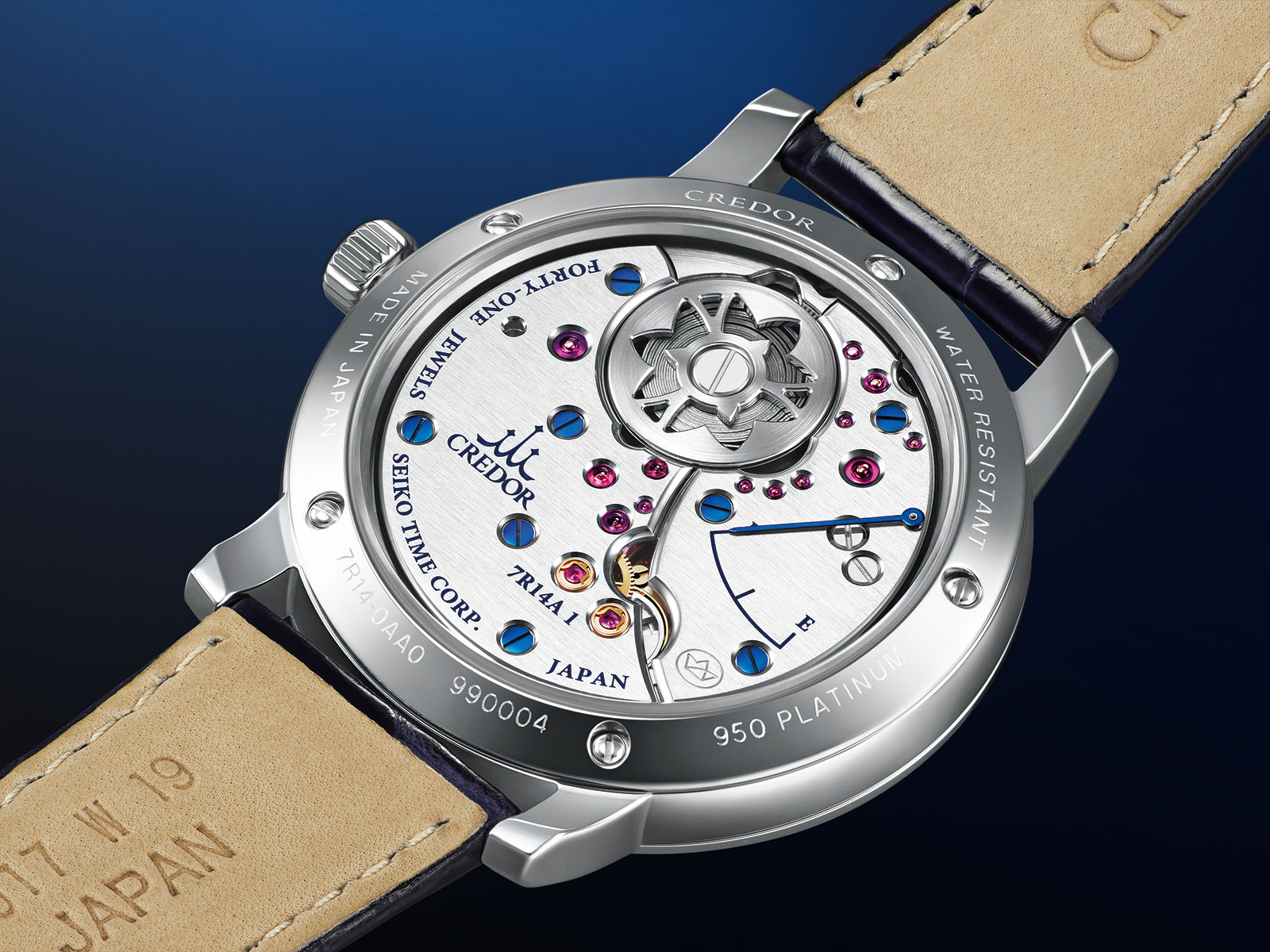 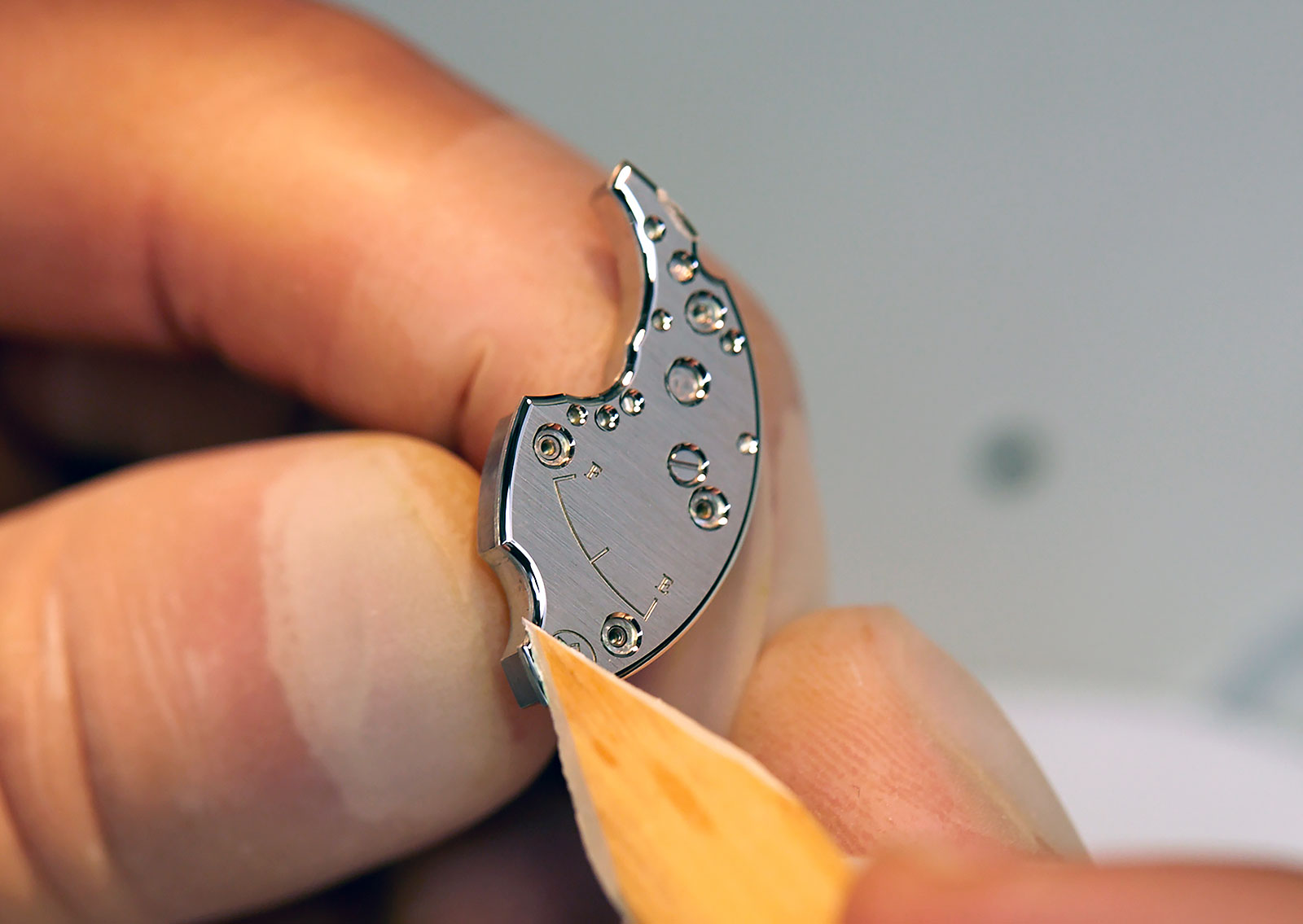 Availability: At select Seiko boutiques and retailers starting January 2021
Price: 6 million Japanese yen; or about US$57,000

Correction November 13, 2020: The blue-dial Eichi II is the fourth variant of the model, and not third as stated in an earlier version of the article.