The quintessential Bell & Ross aviation-instrument wristwatch has been given a winter camouflage outfit – the BR 03-92 White Camo has a black ceramic case with a high-contrast, winter-camo pattern dial. And in keeping with B&R’s frequent iteration of military themes, this is also the third BR 03-92 dressed in camouflage, having been preceded by black and green variants.

Though popular in streetwear, white camouflage is unusual in watches. Compared with the preceding versions, the White Camo model has a more lively look that is distinctly less military looking. It is perhaps the most striking watch in the current BR 03 line-up, alongside the Full Lum.

In typical Bell & Ross style, the dial, and especially the case, are well executed. The dial, for instance, has a sandwich construction: the upper dial has cut-outs for the numerals, allowing the lower disc clad in luminescent material to shine through. And the case is neatly-machined black ceramic, secured by four screws in a, well, sandwich-like construction. Arguably the only average bit is the Sellita SW300 inside. A clone of the tried-and-tested ETA 2892, the movement is perfectly appropriate for the US$3,800 price tag, which also makes this one of the more affordable ceramic-case watches. Added to that a simple but recognisable design, and the White Camo is a rather appealing proposition for an accessibly-priced sports watch. 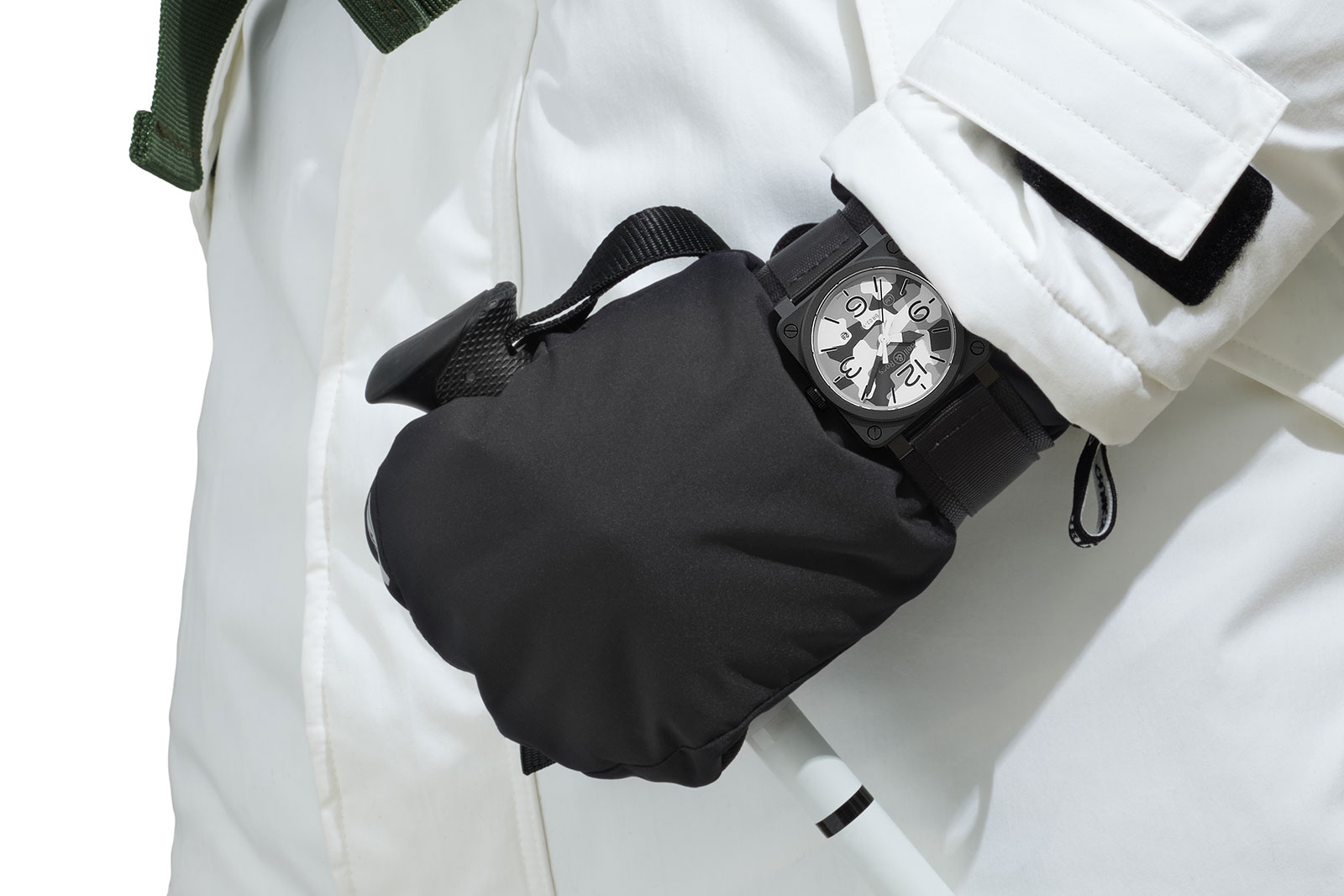 Being black ceramic, the case recedes into the background, directing attention to the dial, an effect that would be lost with a steel case. Striking but not overly flashy, the dial works thanks to the muted colours – although the winter camo strap provided makes for a flashy combination. And the smallish date window is discreet, with a small limited edition emblem on the opposite side of the dial aiding the symmetry.

Notably, the case is the work G&F Chatelain, a specialist owned by Chanel, which also owns Bell & Ross. Chatelain also produces cases for high-end watchmakers like MB&F, and that’s evident in the fit and finish in all the ceramic cases used by Bell & Ross. 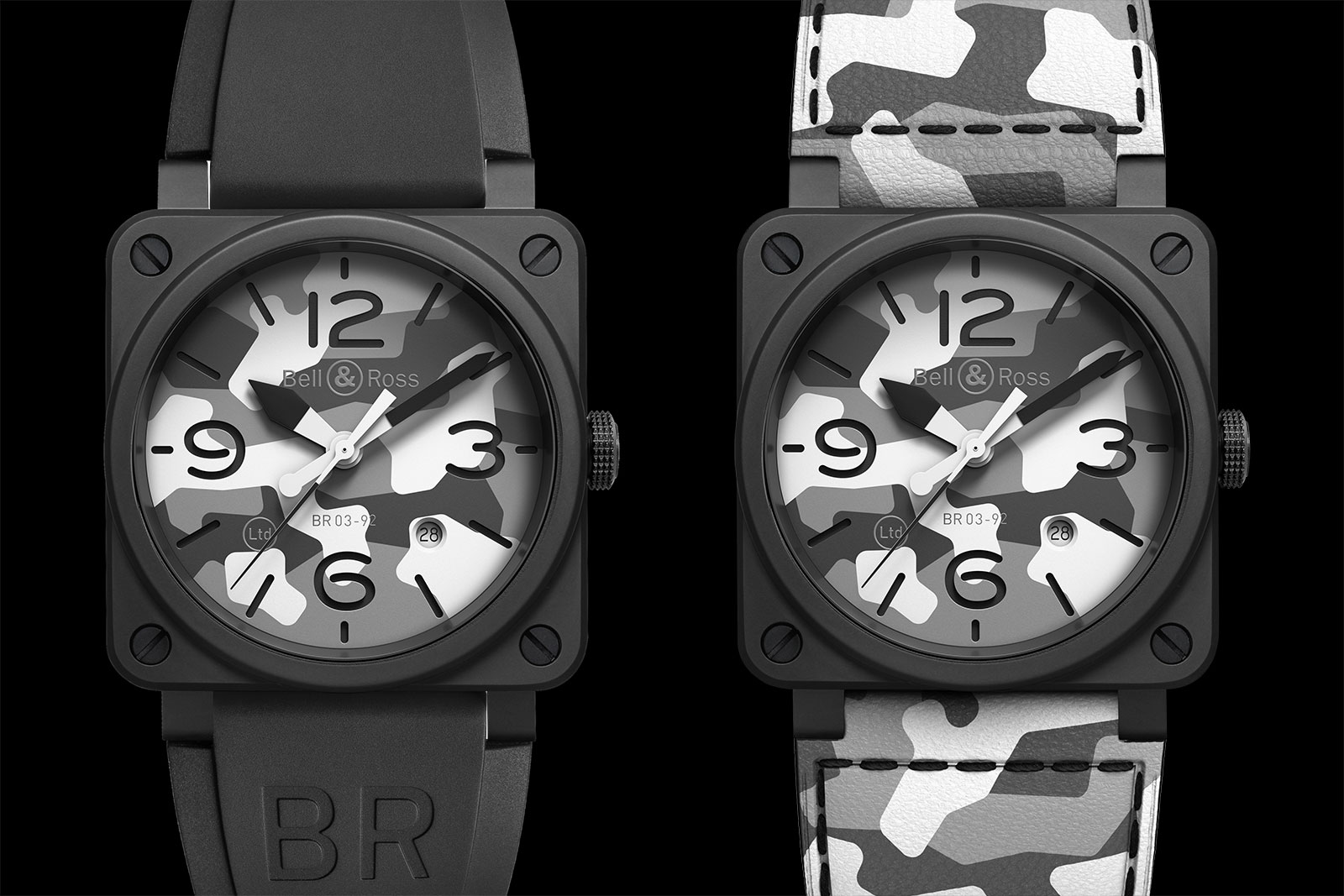 This was brought to you in partnership with Bell & Ross. 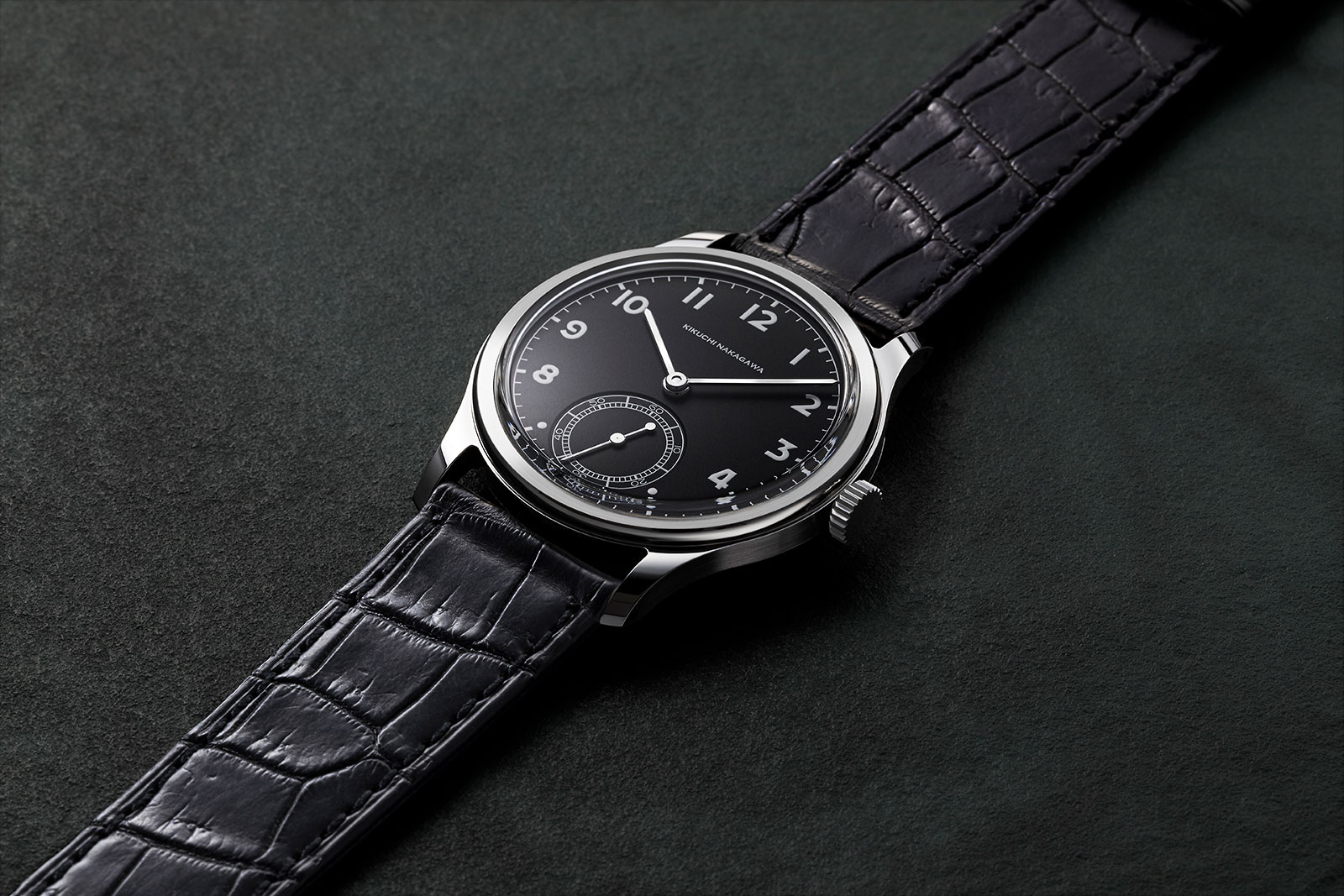 Founded by a pair of Japanese watchmakers, Kikuchi Nakagawa got its start in 2018 with the launch of the Murakumo, a time-only wristwatch inspired by the Patek Philippe Calatrava ref. 96 of the 1930s. Now the duo once again look to Swiss watchmaking of the same period for the Ichimonji.

Kikuchi Nakagawa’s newest watch sticks to the elegantly focused formula that defined the Murakumo – a black-polished steel case, along with hand-made hands, and a Vaucher movement. The emphasis is recreating the vintage aesthetic as well as honing the case finishing to the highest level.

The appeal of the Ichimonji is very much like that of its predecessor. It looks and feels like a vintage watch, but not quite, because it is clearly finished to a far higher level, a quality that is discernible in how the surfaces catch the light.

Design wise the watch faithfully recreates the sensation of a vintage watch, but elevates it to another level of refinement thanks to a keen attention to detail. Take for instance the hour numerals for five and seven, which have been replaced with dots in order to avoid cutaway numerals.

And the external finishing of the watch is similarly elevated. In fact, there is likely no other watch in this price segment with a similarly finished case. The case is polished by hand as a movement component would be, as are the hands. While the baton-shaped hands appear similar at a glance, but are actually three dimensional and hand finished to create brushed top surfaces and mirror polished bevels. 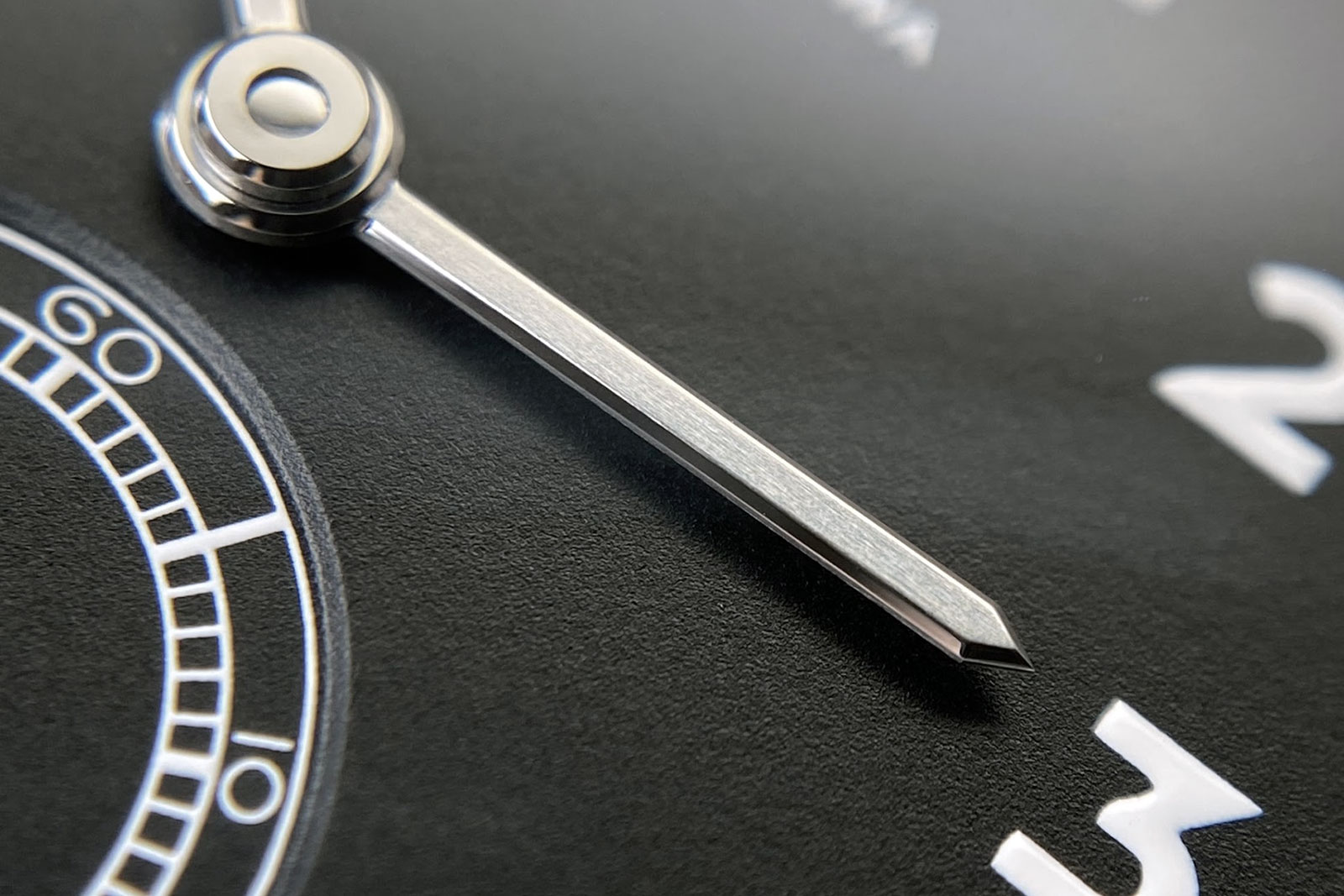 But like the Murakumo the Ichimonji has a movement that’s well made and entirely respectable, but not very interesting. The Vaucher movement within does the job well, and with some style, but doesn’t quite live up to the nature of the case and hands.

That said, the movement is more than acceptable for the US$20,000 price tag, the vast majority of which covers the careful and  artisanal decoration of the external steel parts. Ichi-monji (or 一文字) translates as “single line”, which explains the starting point of the design – the hands. According to cofounder Yusuke Kikuchi, “First of all, we wanted to make a watch with three-dimensional baton hands.”

“Then I designed the numerals to match them,” he adds, “The font is inspired by several vintage watches.” 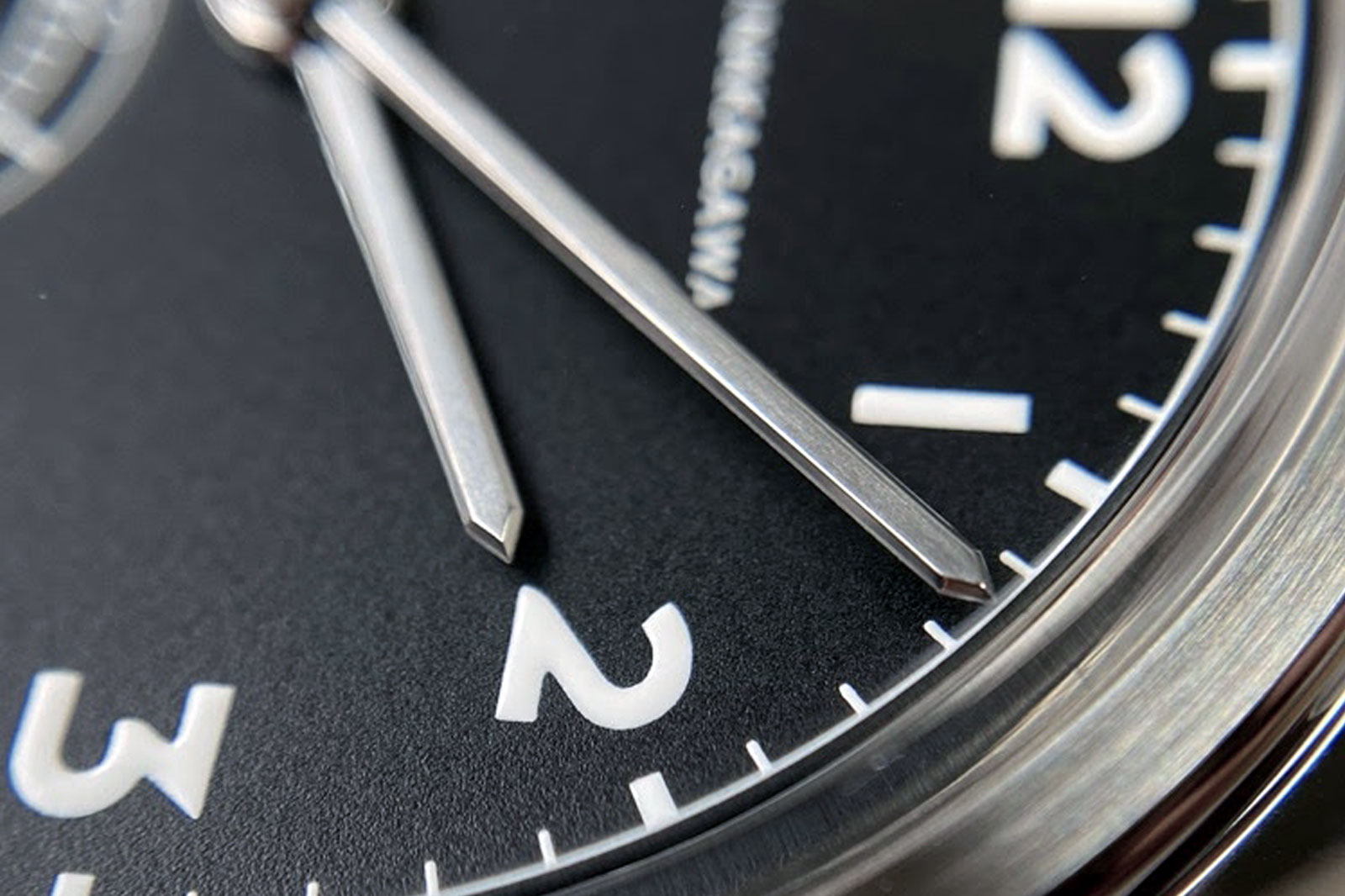 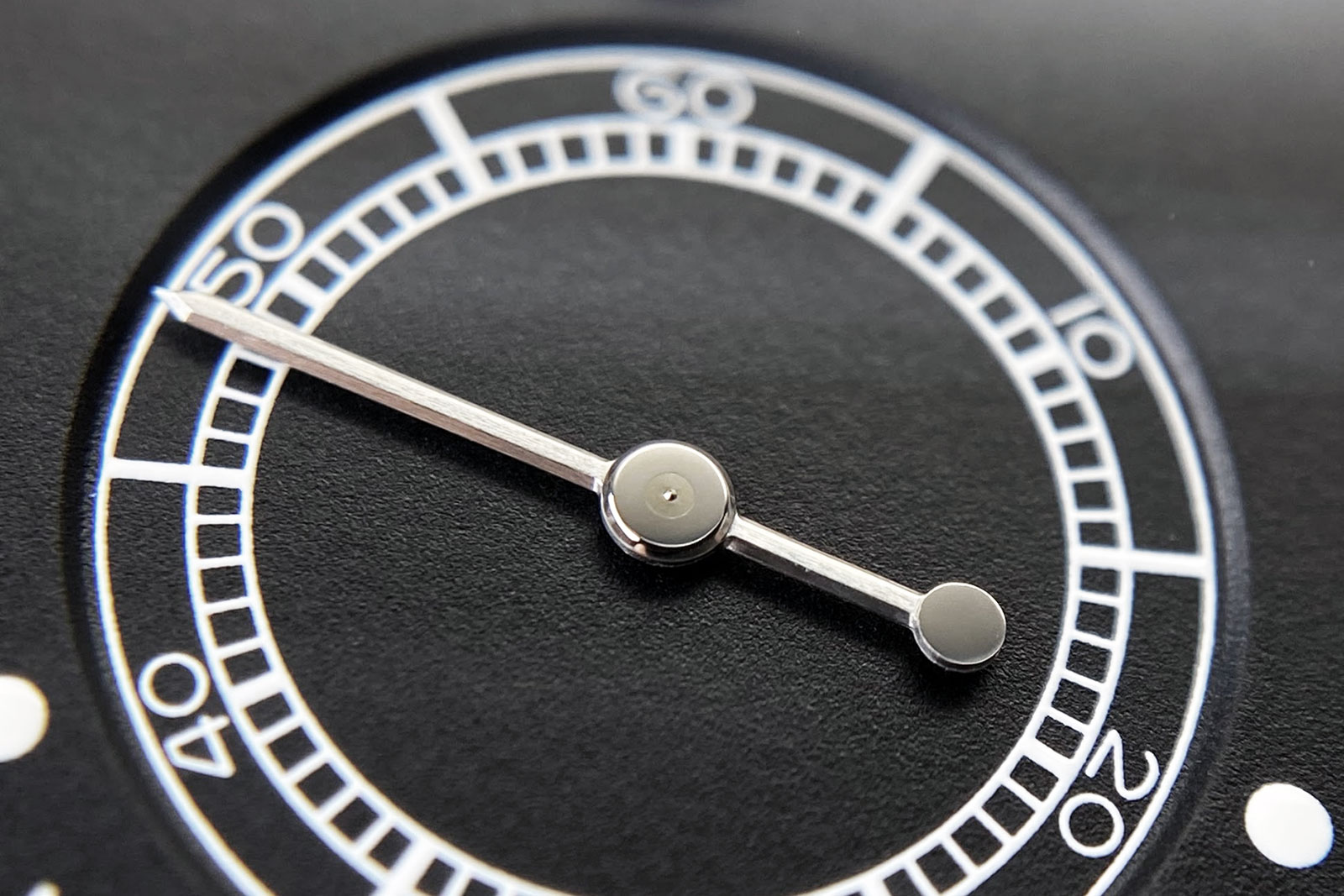 But the Ichimonji is an entirely new watch, and not merely a new set of dial and hands retrofitted to the Murakumo.

“For the harmony, I changed all the necessary elements of the case,” explains Mr Kikuchi. “The lug width is now 20 mm instead of 22 mm,” he says, “And I also modified the shape of lugs and bezel.” The resulting looks is a clear departure from the ref. 96 aesthetic with its characteristic wide lugs. And the case finishing is also varied – alternating between brushed and polished surfaces – in contrast to the Murakumo that was entirely black polished, giving it a mirrored finish on all surfaces. “We applied a brushed finish to case middle and back,” notes Mr Kikuchi, “In order to create contrast with black polish.”

At the same time, it can be surmised that the circular-brushed finish on the case back is more practical as it camouflages scratches and scuffs better than the black-polished back of the Murakumo. 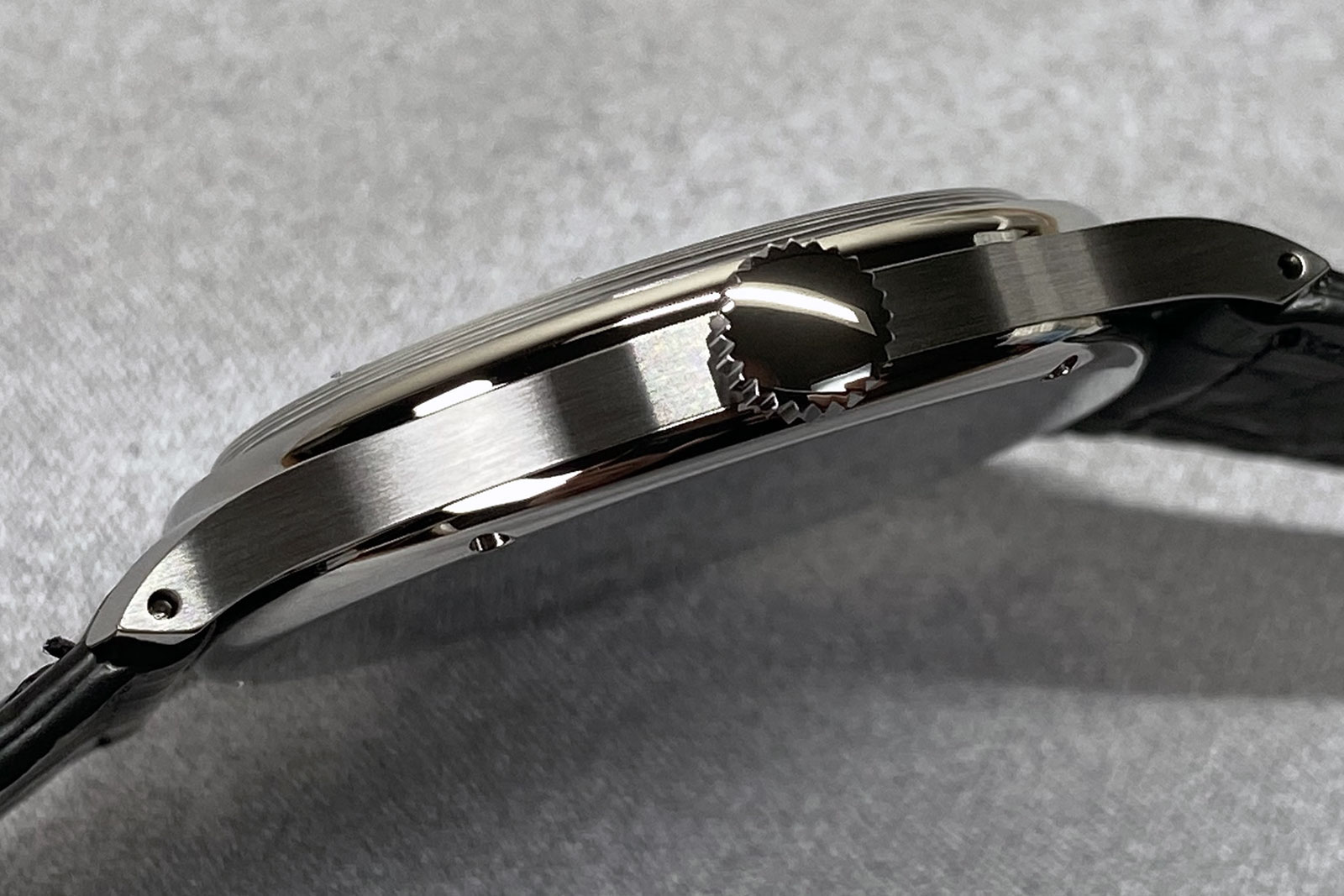 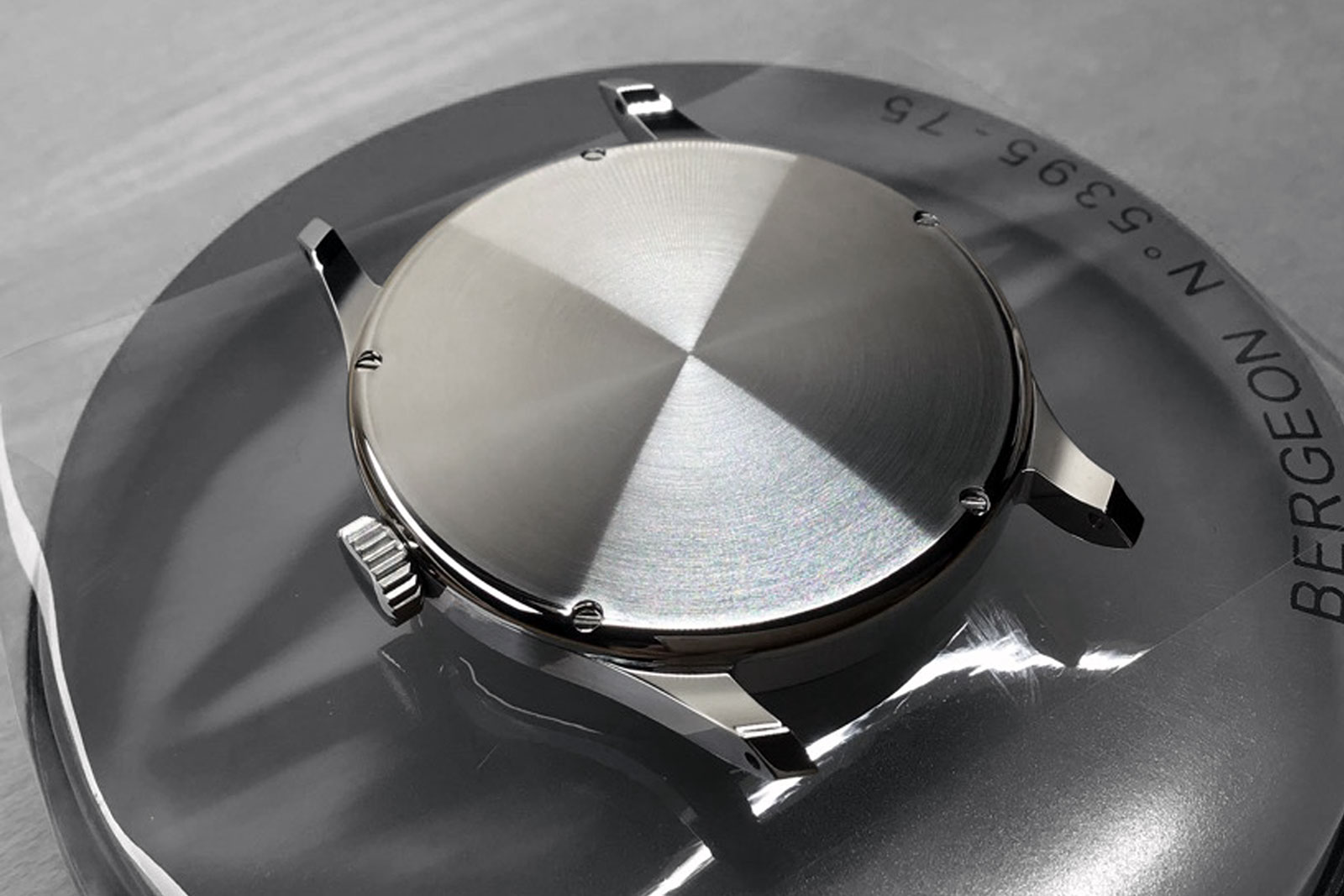 Under the case back sits the KN001, which is actually a Vaucher VMF 5401. It’s a wide but thin automatic calibre with a micro-rotor, and specified with the highest level of finishing, making it comparable in decor to the same movement in Parmigiani watches.

Like the movement, the dial is also Swiss made, coming from Comblemine, the dial maker owned by Voutilainen. The rest of the watch, however, is Japanese, including the all-important case and hands. Availability: Direct from Kikuchi Nakagawa with 12-24 month lead time
Price: US$20,000 without taxes