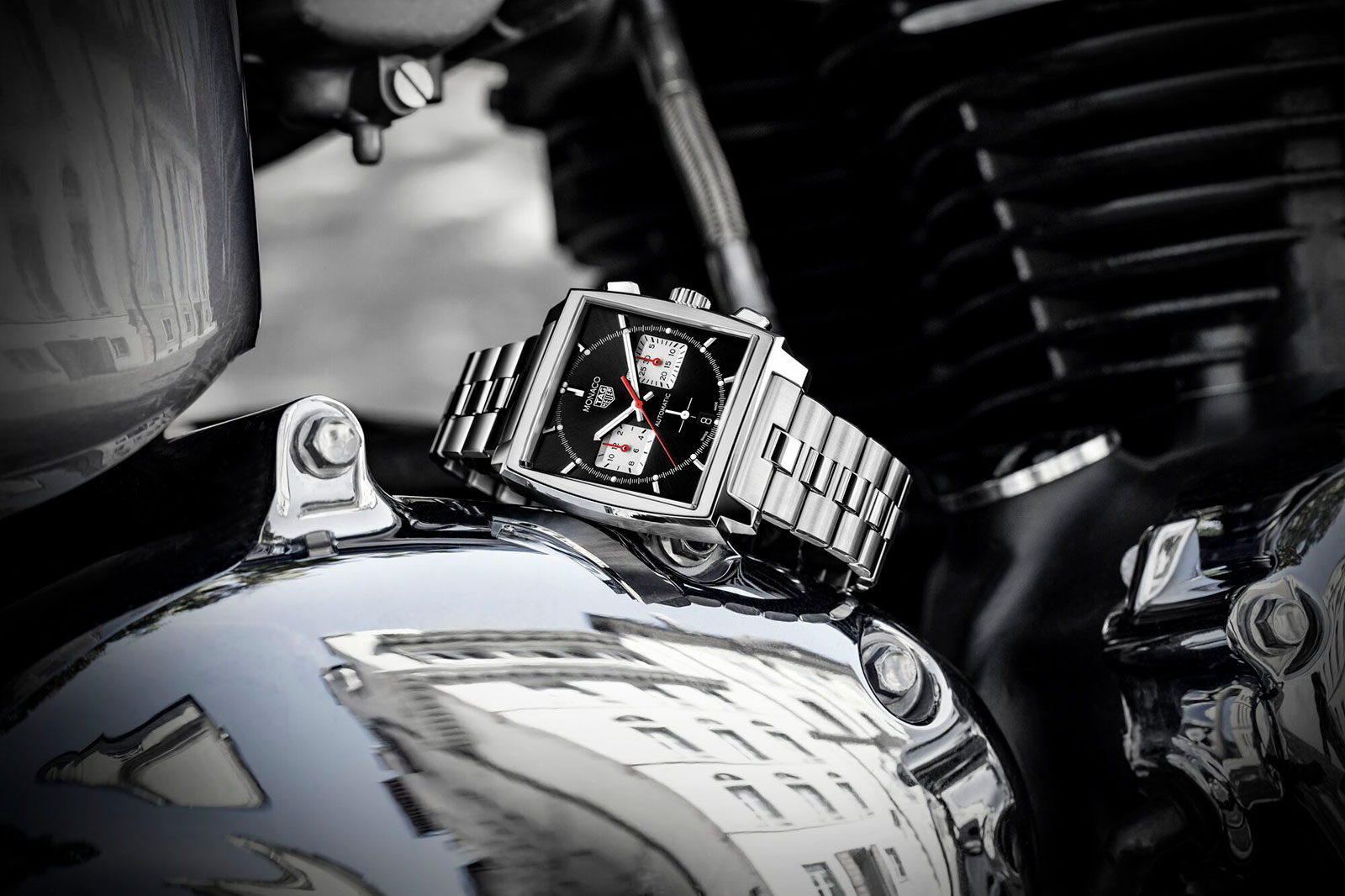 One of TAG Heuer’s most distinctive watches because of its angular, square case, the Monaco turned 50 last year and the brand marked the occasion with a variety of limited edition watches as well as a hand-finished, one-off watch that was sold to benefit charity.

At the same time, the regular-production Monaco in blue – arguably the quintessential Monaco design – received a substantial upgrade, with the ETA movement replaced with the in-house cal. Heuer 02. The Monaco Calibre Heuer 02 is now also available with a black dial, and a new, retro-inspired Monaco bracelet is also making its debut. 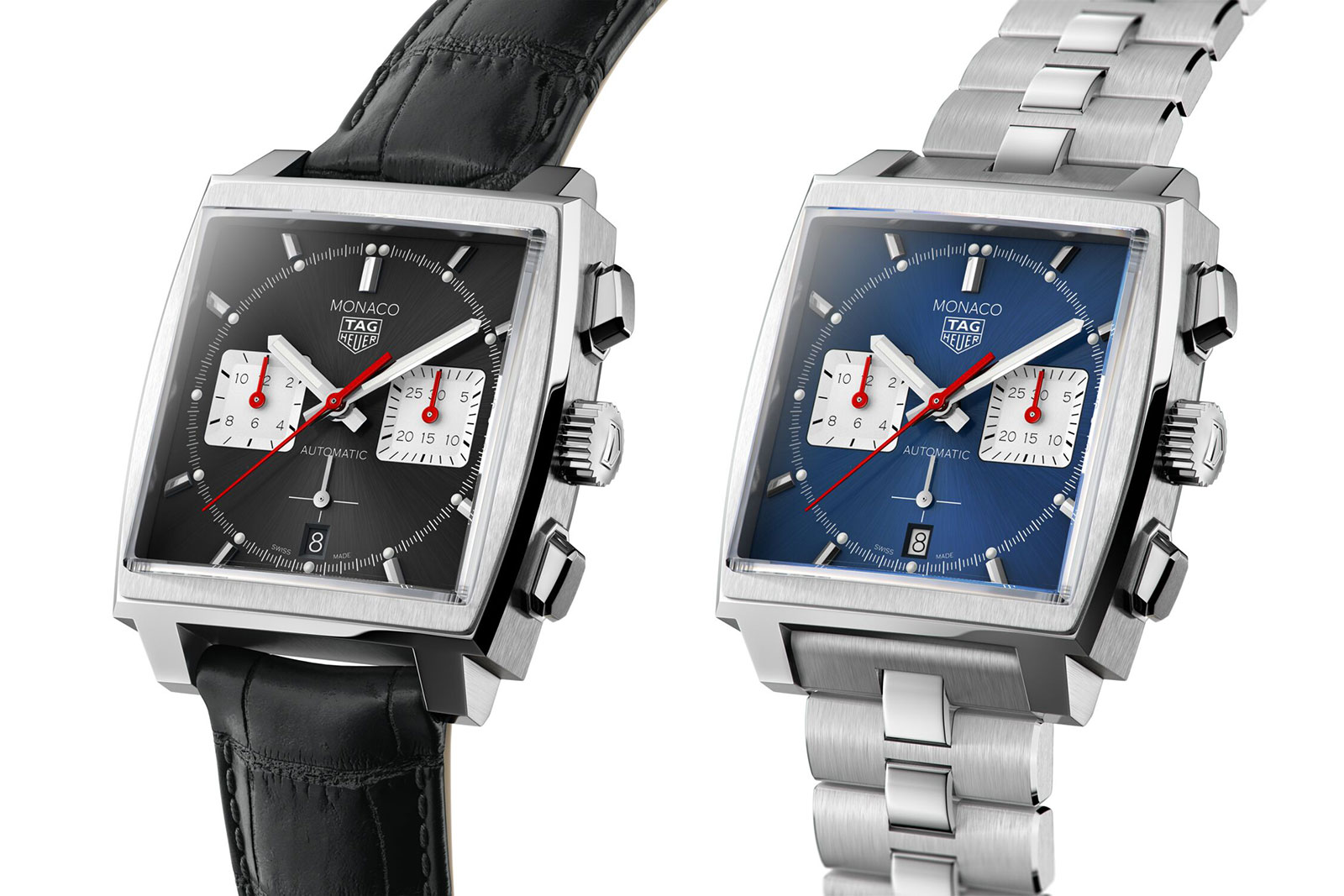 The Monaco is an intrinsically interesting watch because of its case. But TAG Heuer has produced many iterations that unfortunately look similar – despite having different movements – making it difficult to distinguish between them. The latest variant still looks similar, but manages to stand out from the crowd thanks to the bracelet, which has not been part of TAG Heuer’s offerings in a long time.

The new bracelet is modelled on the 1970s original, but has been made more robust while being finished better. The result is a bracelet looks original and sporty.

There have been numerous Monaco variations, but most were solidly constructed and well priced. The same appears to be true here. While the Monaco Heuer 02 has a new movement and bracelet, it retains the well finished case that’s a wearable 39 mm, along with the symmetrical, “Compax” dial layout. At US$6,150 on a leather strap, the new Monaco costs about 10% more than the version with an ETA movement, which is fair deal. And the bracelet is available for another US$400, which is equally fair. 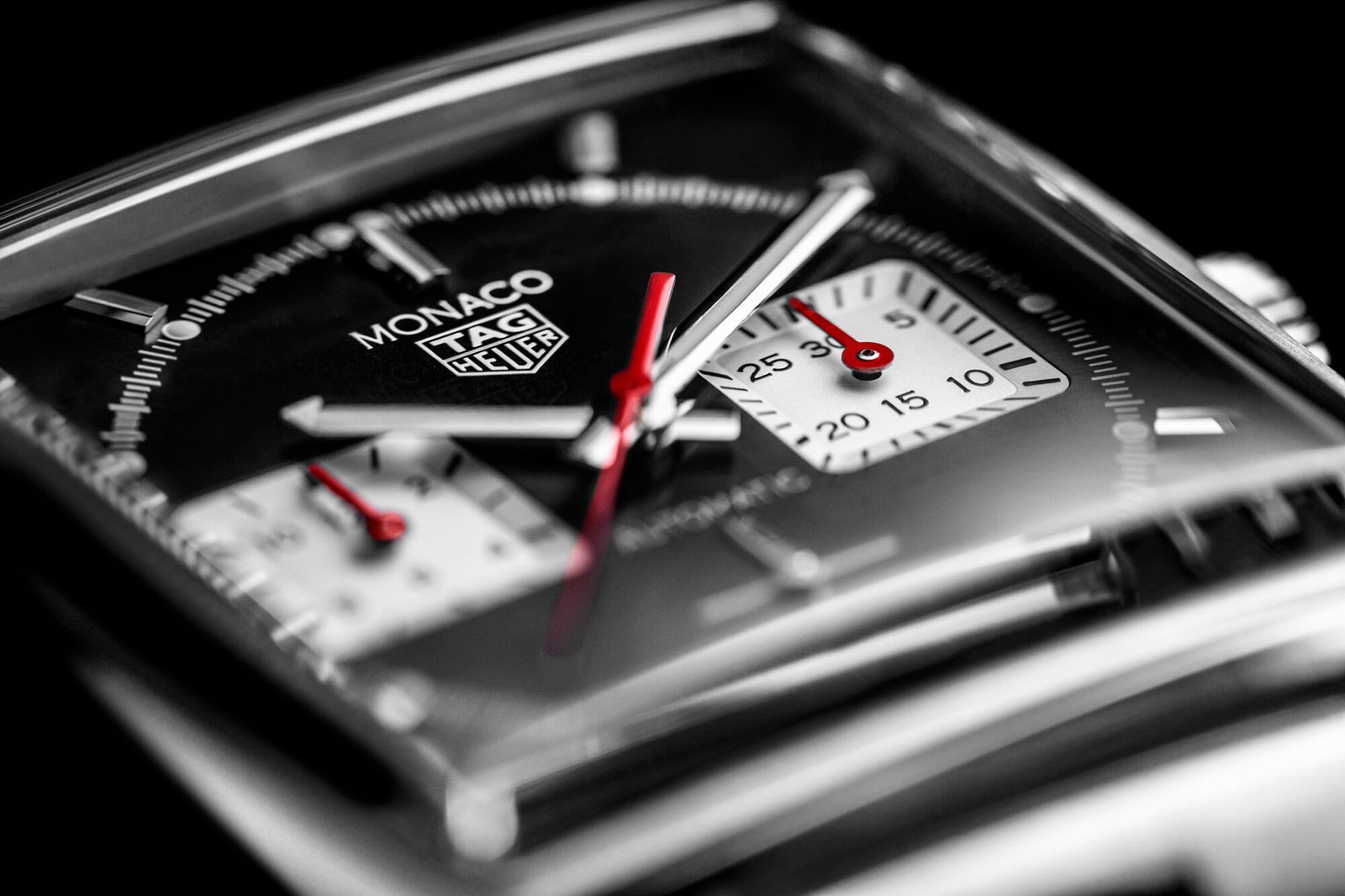 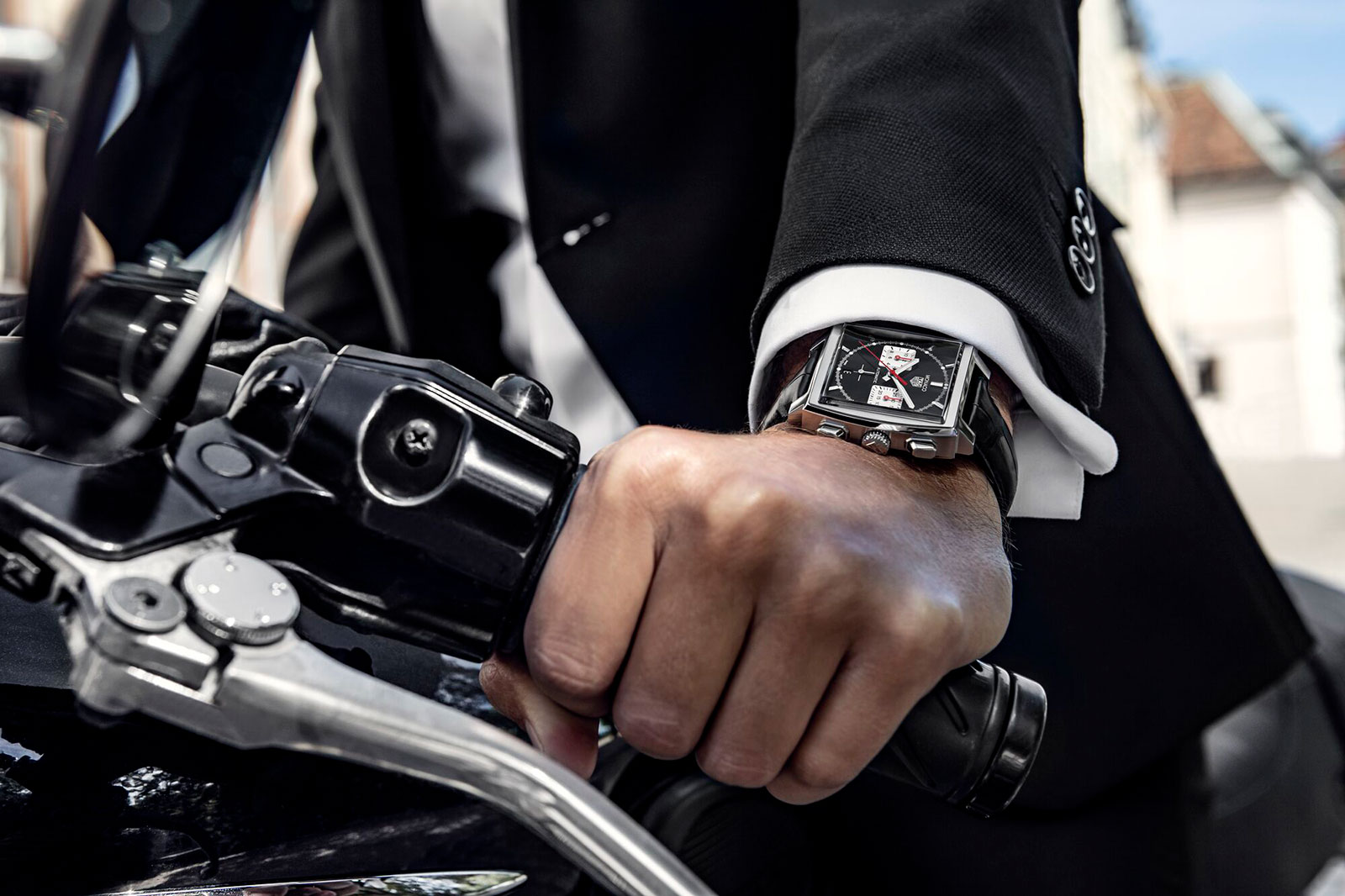 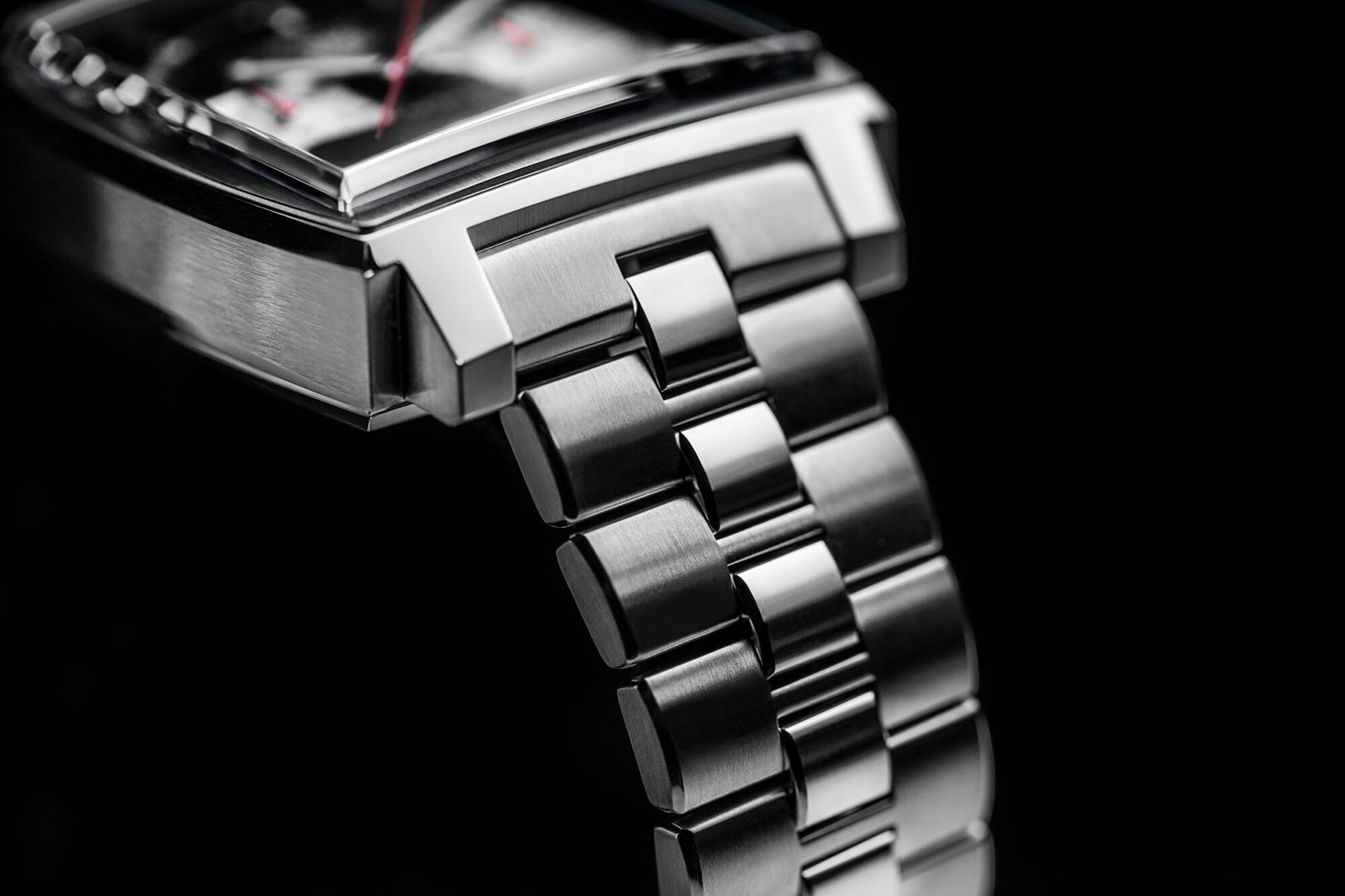 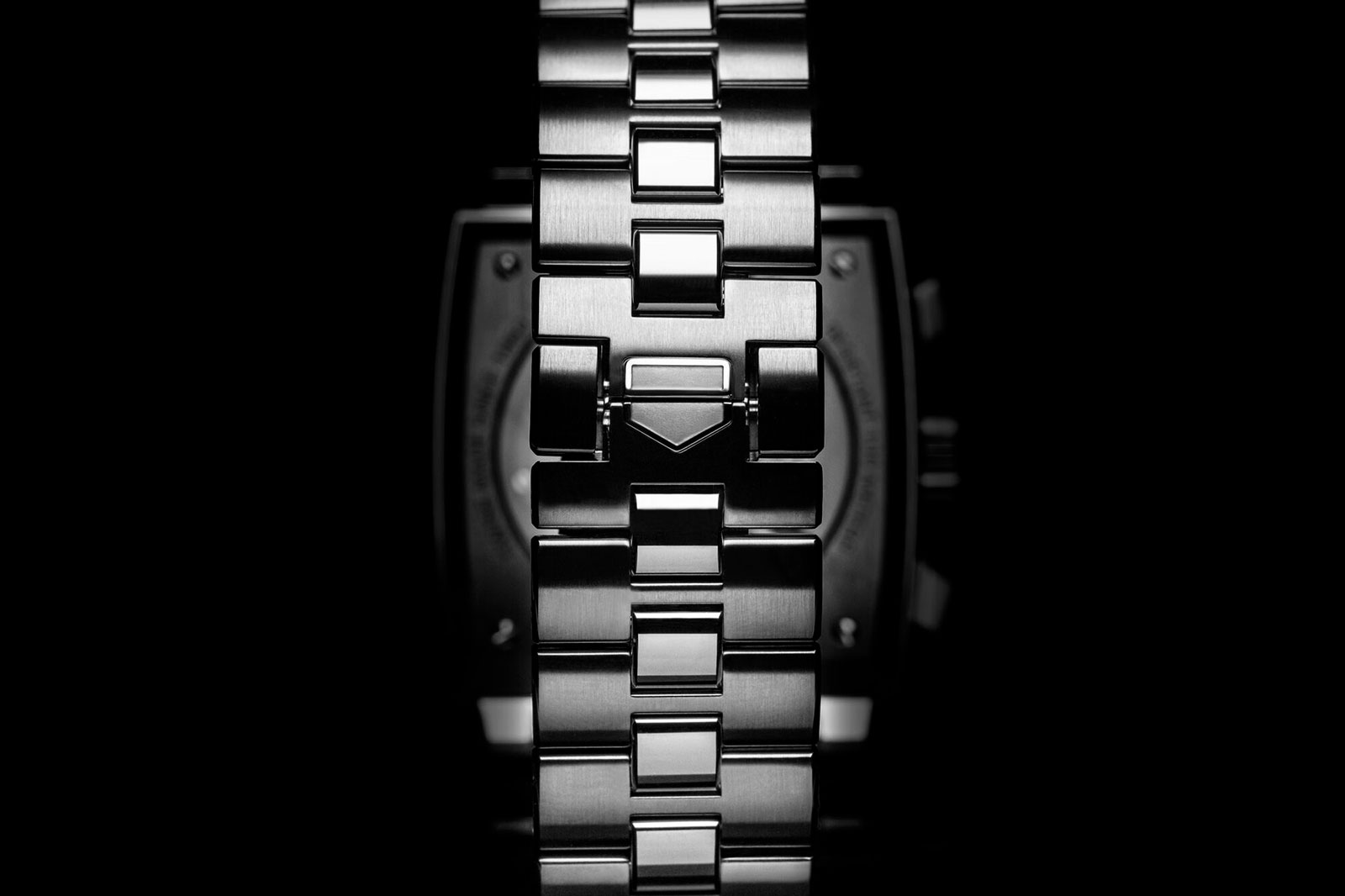 And the finishing has been similarly refined. The centre links are polished for a more upscale look as well as contrast with the brushed links. Additionally, the outer edges of each links are bevelled and polished.

The only downside of the Heuer 02 movement is its conventional crown placement at three o’clock, in contrast to the 1970s Monaco that had its crown at an unusual nine o’clock due to the Chronomatic Calibre 11 inside. The Sellita movements, in contrast, did have the crown at nine due to their modular construction. 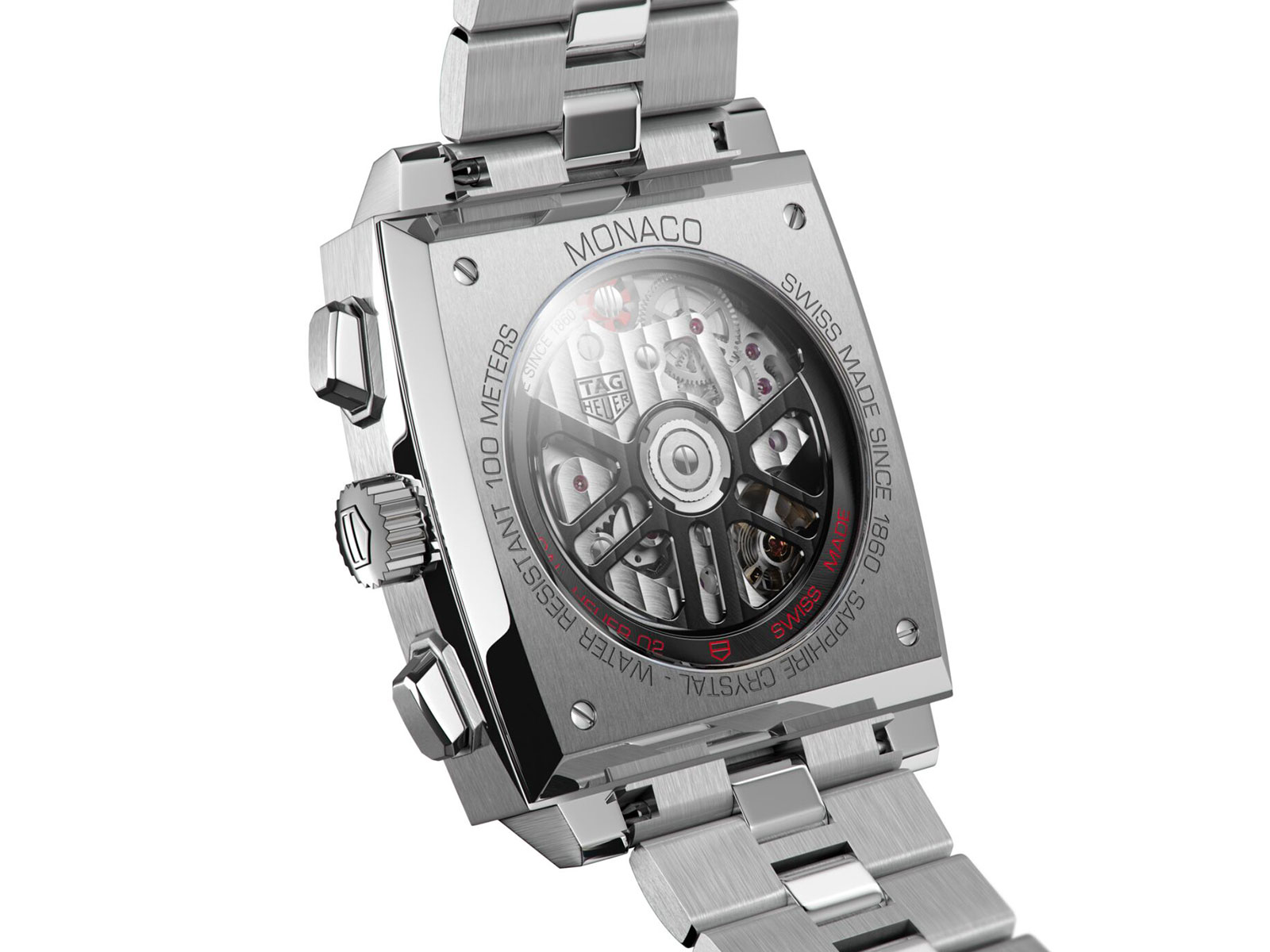