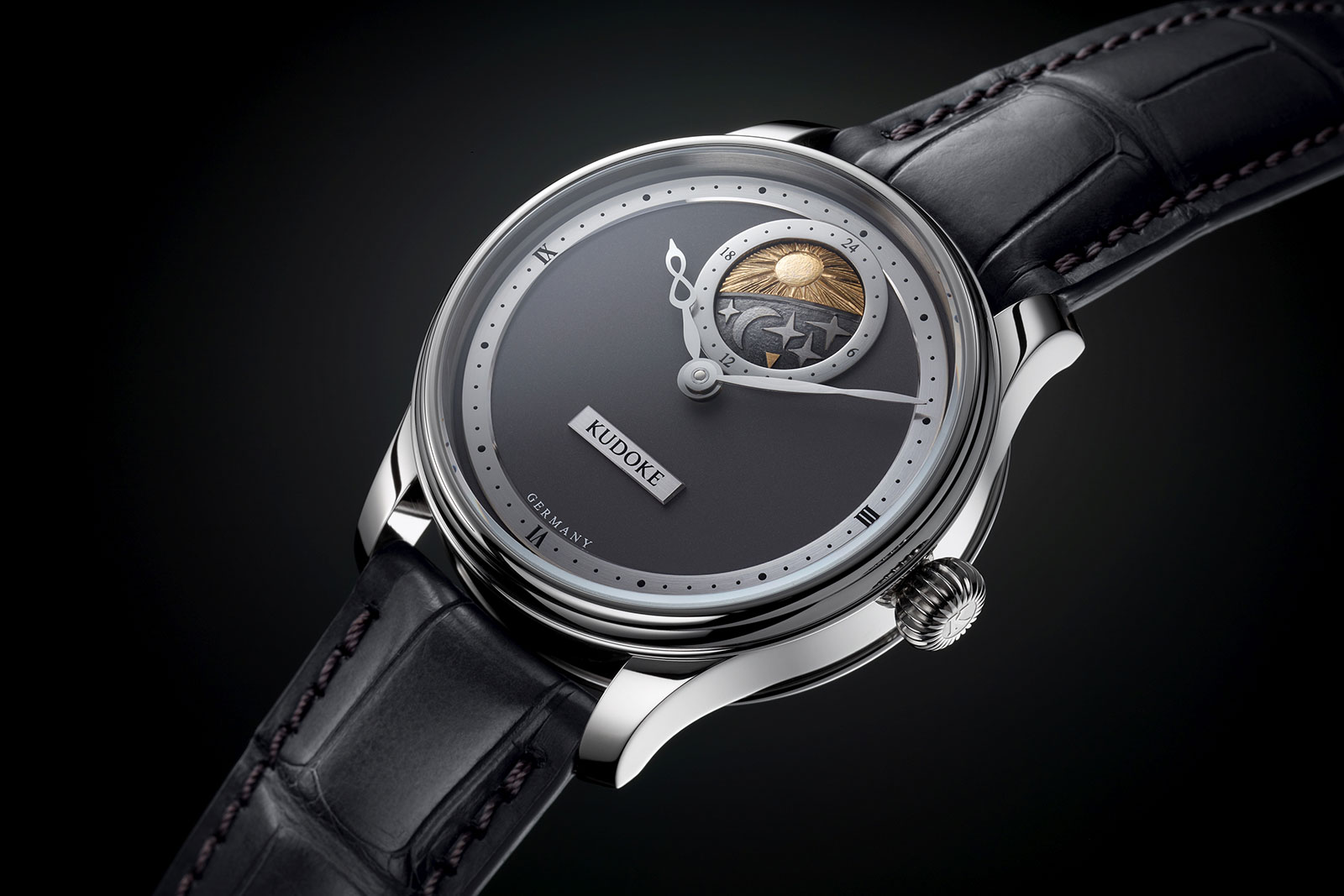 German independent watchmaker had a hit when it debuted the Kudoke 2 last year. Combining hand-engraved decor with an affordable price tag, the watch was well received by enthusiasts while also enjoying critical acclaim, winning the Petite Aiguille – the category for watches under 10,000 Swiss francs – at the 2019 Grand Prix d’Horlogerie de Genève (GPHG).

The Kudoke 2 Nocturne is a limited edition variant of the standard model in a run of only 20 pieces, a nod to the 20th year of this century. While the standard version features a silver-and-gold palette, the Nocturne is dressed in shades of grey, both on the dial and movement.

The Kudoke 2 was one of last year’s more compelling watches for me. Not only is it priced well, but the watch has a refined yet German aesthetic that’s pleasing. The watch is clean, with no superfluous elements to distract from its charming simplicity, yet equipped with several attractive classical details. And the Nocturne has a slightly more modern look than the original, despite having the same design.

The movement, developed with the help of Habring2, has a unique style and excellent finish, especially considering the price of €8,665, or a little under US$10,000, which is the same price as standard version. With artful hand engraving and an original movement, the watch screams value proposition. 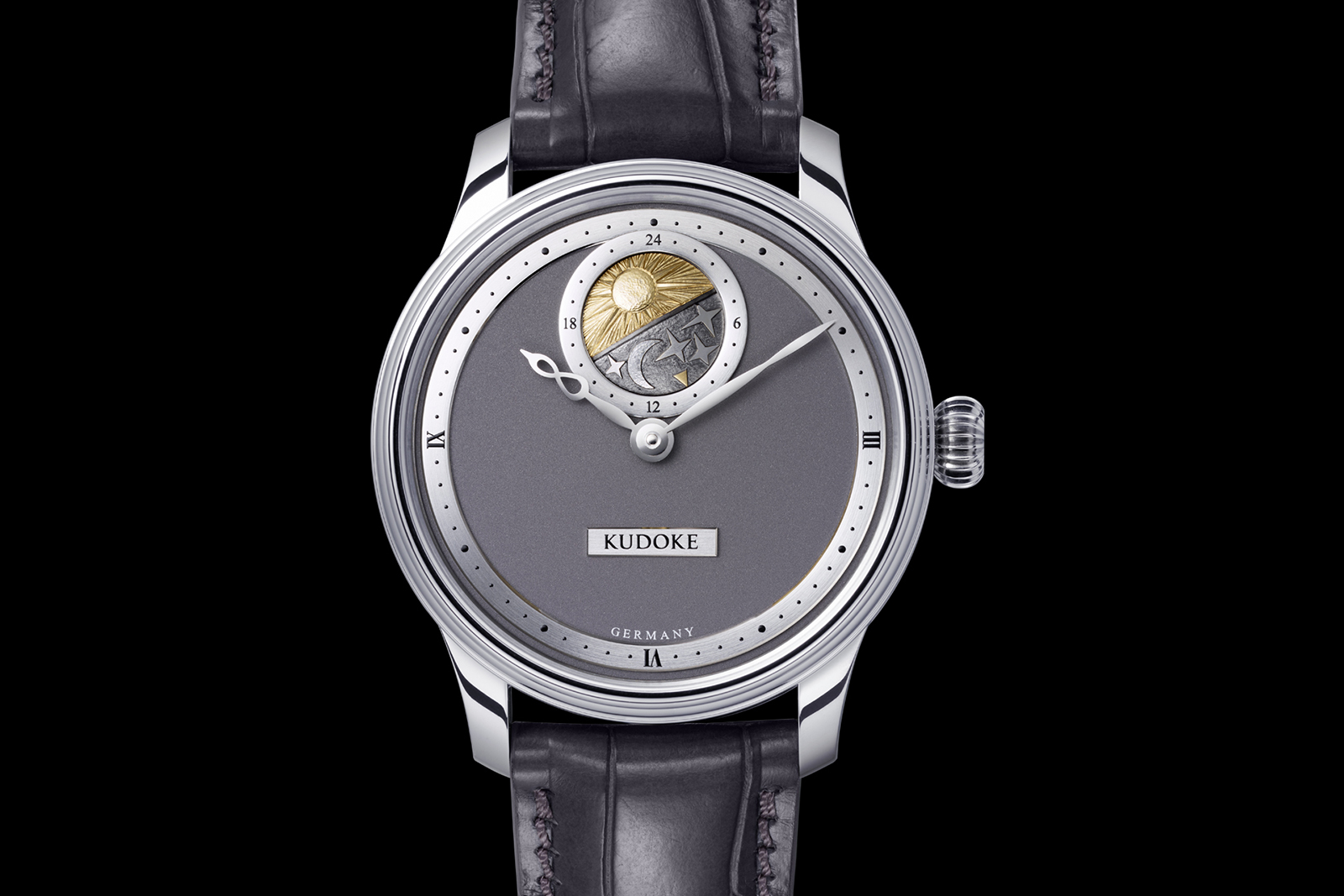 Having an identical design as the standard model, the Nocturne retains the clean, symmetrical look of the original but now in dark grey, which gives it more somber personality that’s different but still attractive. And as someone who loves textures, the lightly-frosted surface of the dial is also endearing.

Another detail of the Kudoke 2 I found appealing are its unusual and original hands, with the hour hand resembling an infinity symbol. Simple yet eccentric, the hands furnish the watch with some flair, especially against the classical dial. They remain identical in shape, but instead of blued steel, the Nocturne has them in a polished finish to complement the dial.

The highlight of the watch remains the 24-hour disc at 12 o’clock, which provides a taste of Stefan Kudoke’s signature craft of hand engraving. Functioning as a day and night indicator, the disc is hand-engraved by Mr Kudoke, and then plated to create the two-tone finish. It’s also very slightly domed, giving it a three-dimensional look against the stark and flat dial. 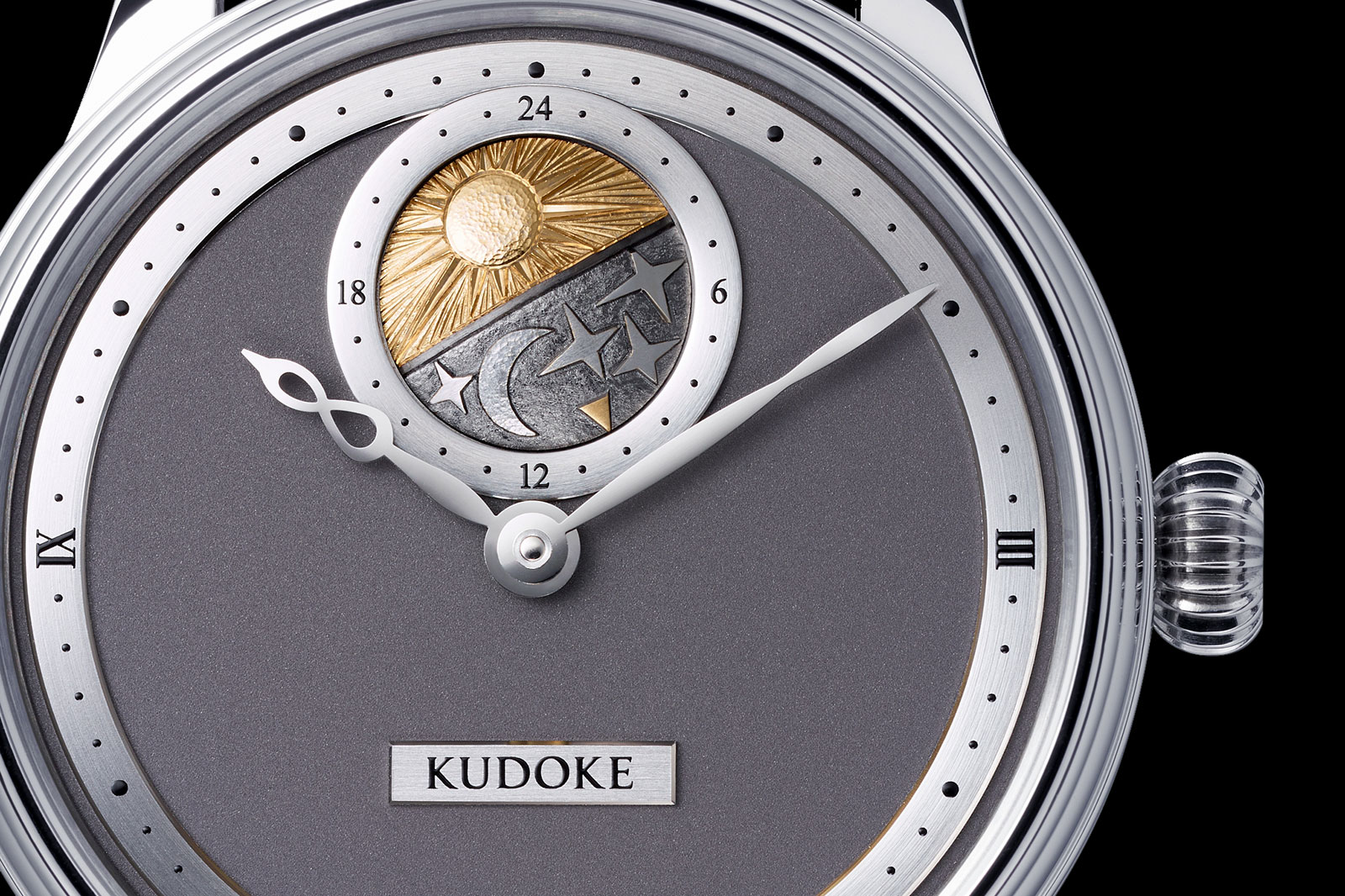 At 39 mm wide and 10.7 mm tall, the watch is a comfortable size. The stainless steel case is entirely polished, which is one of its few shortcoming; I would have preferred a more varied finish so that the case looks less monotonous.

Inside is a new version of the manually-wound Kalibre 1-24H. Originally finished in yellow gold, the bridges are now plated in white rhodium, resulting in a silvery-grey finish that echoes the dial. A proprietary movement developed with the help of Habring2, the Calibre 1-24H was inspired by English and German pocket watches of the 19th century. 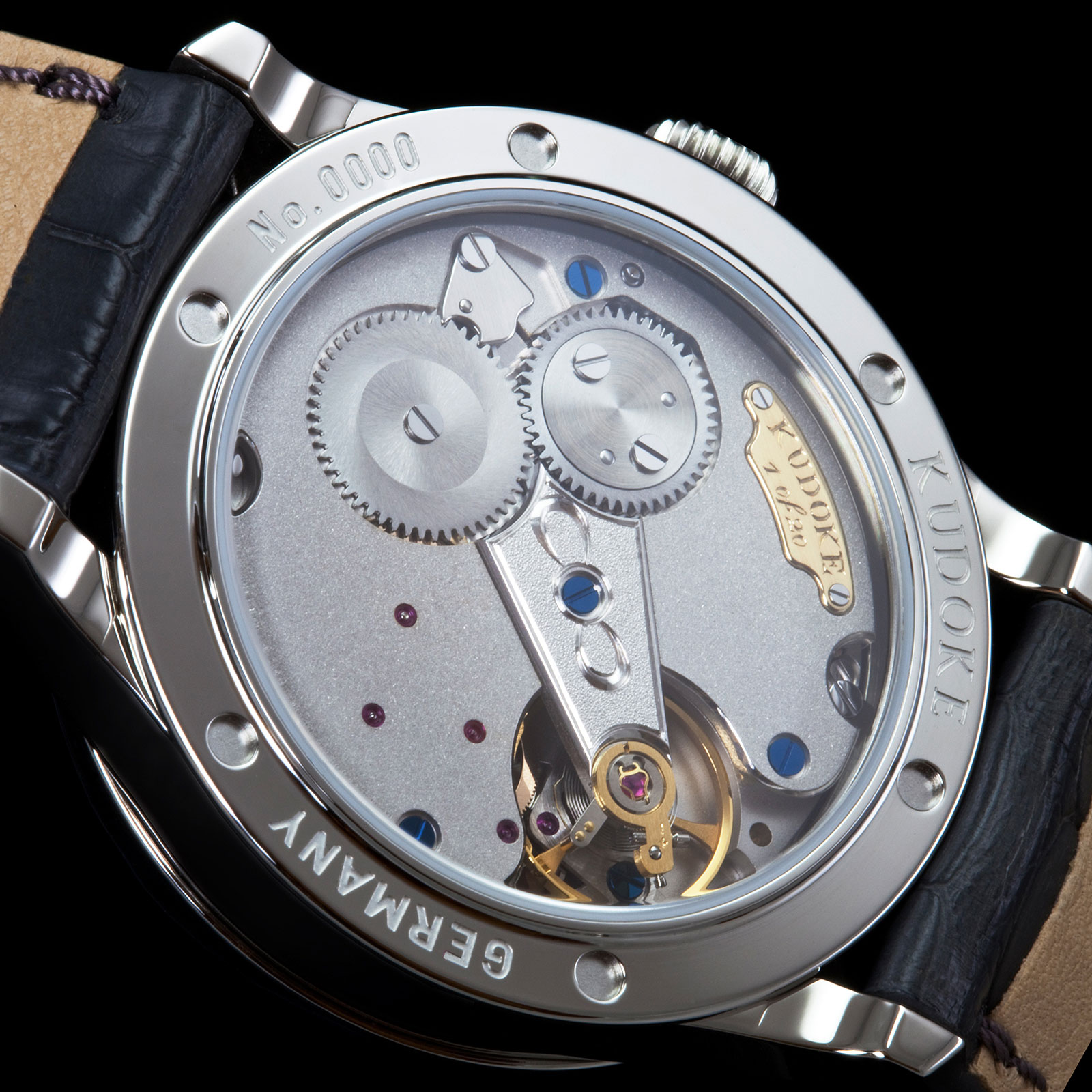 The inspiration is evident from the full plate and oversized balance cock. On the standard version, the balance cock is covered in a traditional, floral engraving, which has been replaced by a hand-hammered finished and an infinity symbol. Slightly disappointing for someone who appreciates the fancier engraving of the original, this looks plain in comparison.

Nevertheless, the movement still has the charming frosted finish on the bridges that’s enhanced by hand-polished bevels, blued steel screws, and a gold plate for the serial number and brand. 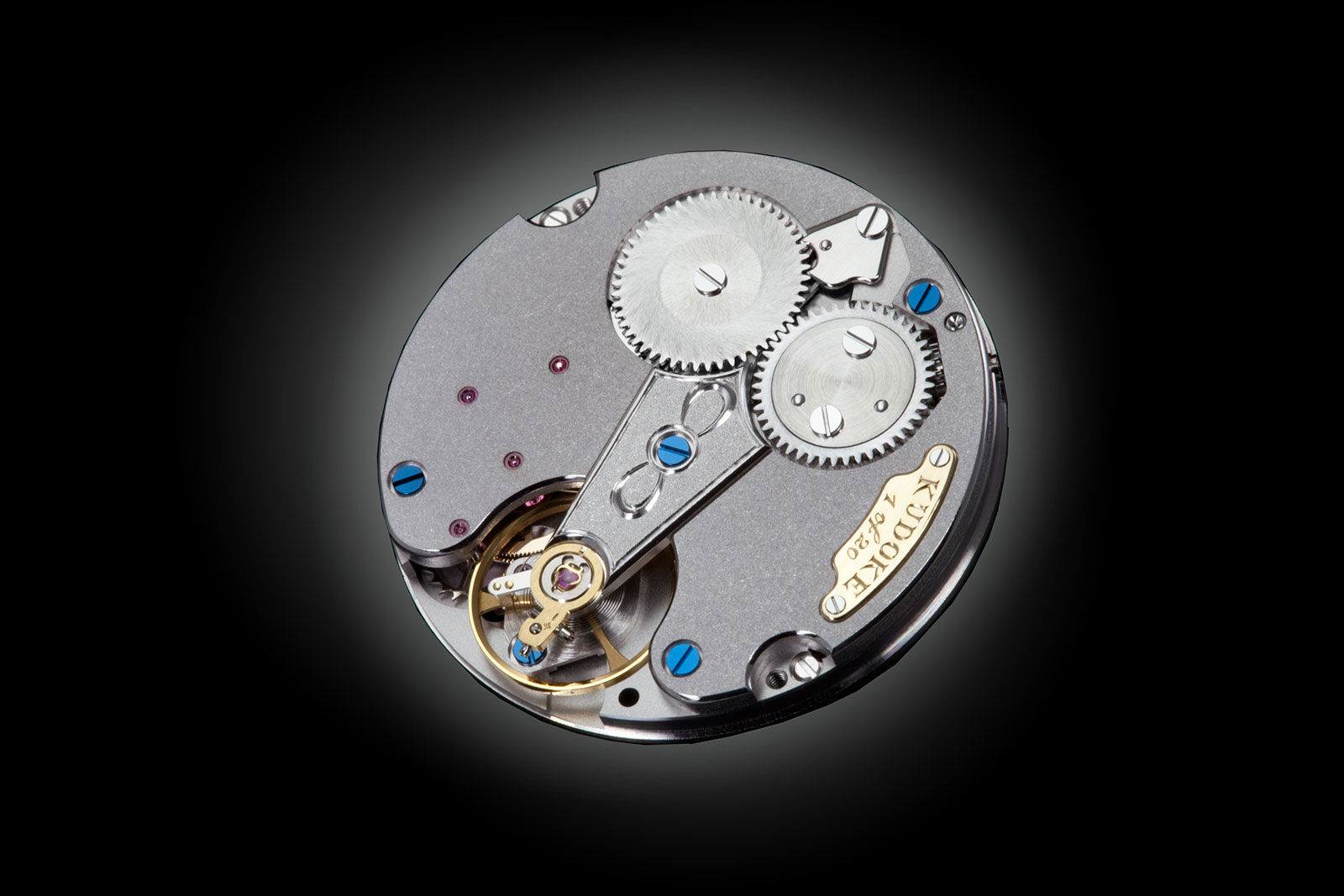