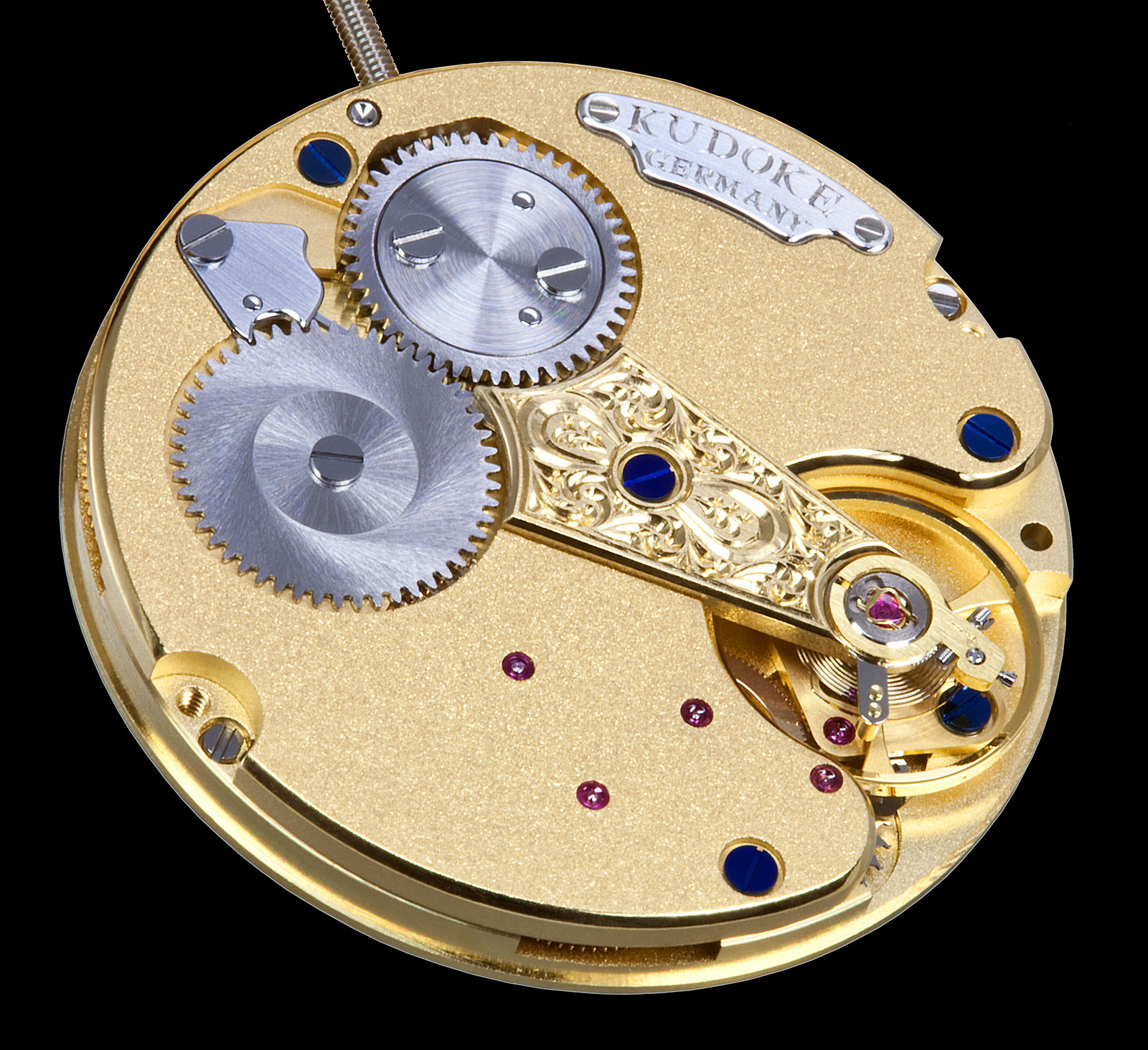 With his workshop about an hour’s east of Glashütte, Stefan Kudoke specialises in skeletonised or engraved wristwatches, with one of his most memorable creations being one with an open-worked octopus on the dial. But Mr Kudoke is also a watchmaker, having began his career in the complications department of Glashütte Original.

Mr Kudoke’s latest creation – which is his first in-house movement – reflects that. It’s a hand-wound calibre inspired by early 19th century English pocket watch movements, which also have historical significance in German watchmaking. The pioneer watchmakers in Glashütte, including the likes of Ferdinand Adolph Lange and Moritz Grossmann, relied heavily on English watchmaking for inspiration, resulting in the signature three-quarter plate that was originally an English invention. An English pocket watch movement from the 19th century That history explains the layout of the Kaliber 1, which is distinguished by its gilt-frosted full bridge, as well as a large, engraved balance cock. The Kaliber 1 shares several components with the A11 movement found inside the Habring² Felix wristwatch, explaining the similarities in construction.

The base model wristwatch equipped with the Kaliber 1 will be priced between €7000 and €8000. More details will be announced at Baselworld 2018.

Update March 3, 2018: Included the fact that the Kaliber 1 shares parts with the Habring² A11.