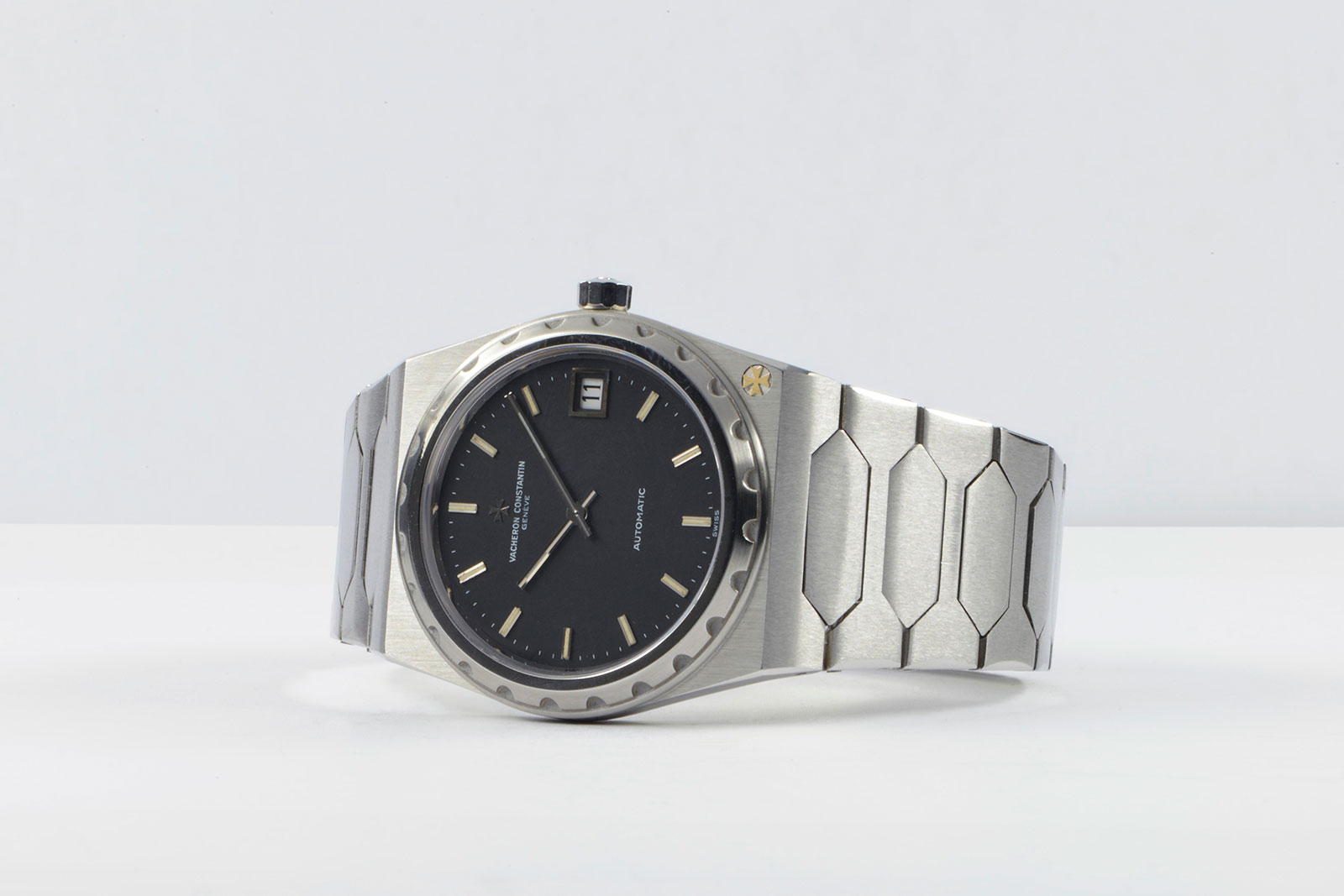 Vacheron Constantin is staging an exhibition in Singapore dedicated to its sports watches spanning the 20th century history.

Best known for the Overseas sports watch, now in its third generation, Vacheron Constantin has curated a compact selection of six timepieces illustrating the development of the sports timekeeper. 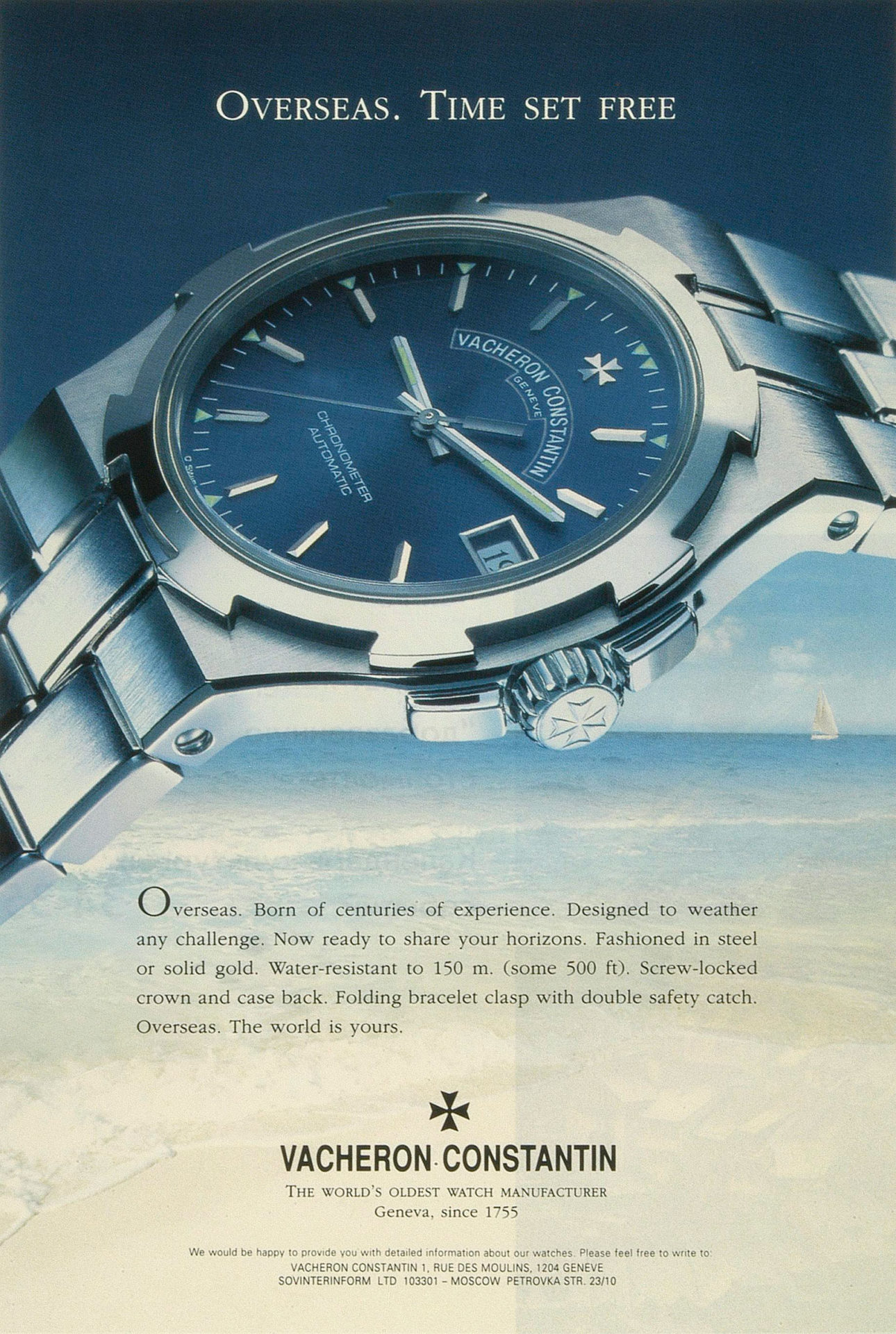 An 1998 magazine advertisement for the first-generation Overseas

The exhibition starts with watches from the 1940s, including a chronometer pocket watch in the style of military deck watches. But the highlight, at least from a design perspective, is the 222, the brand’s first luxury-sports watch.

Designed by Jorg Hysek, the 222 made its debut in 1977, the year of the brand’s 222th anniversary. Featuring a notched bezel and integrated bracelet, it was very much in the style of the decade. 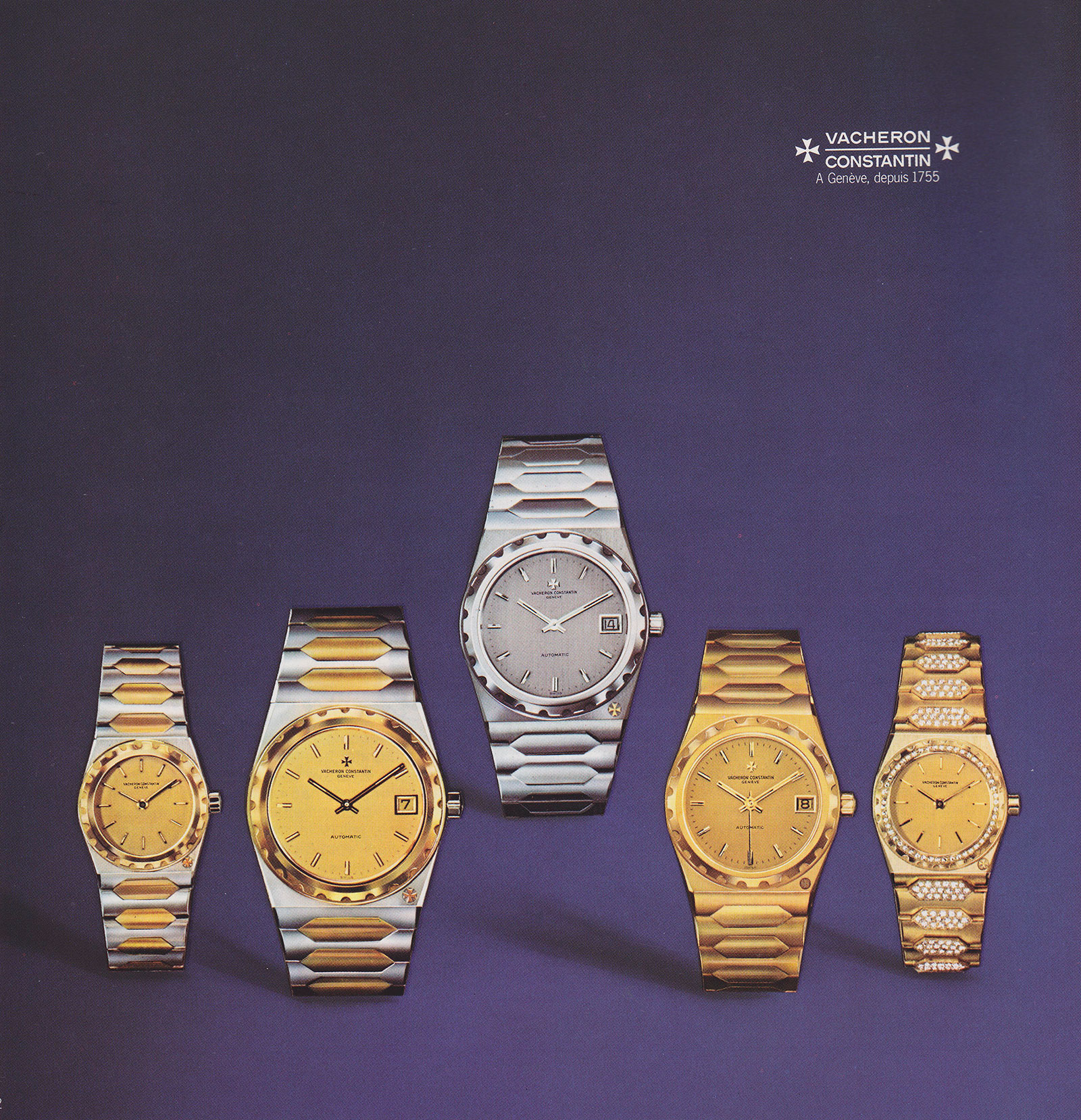 The watches are on display at the brand’s boutique at the Marina Bay Sands casino-resort, which is also marking its 10th anniversary.

The Origin of Vacheron Constantin Sports Elegance In Watchmaking
July 13 to August 24, 2020

Vacheron Constantin Opens "One of Not Many" Exhibition in Singapore 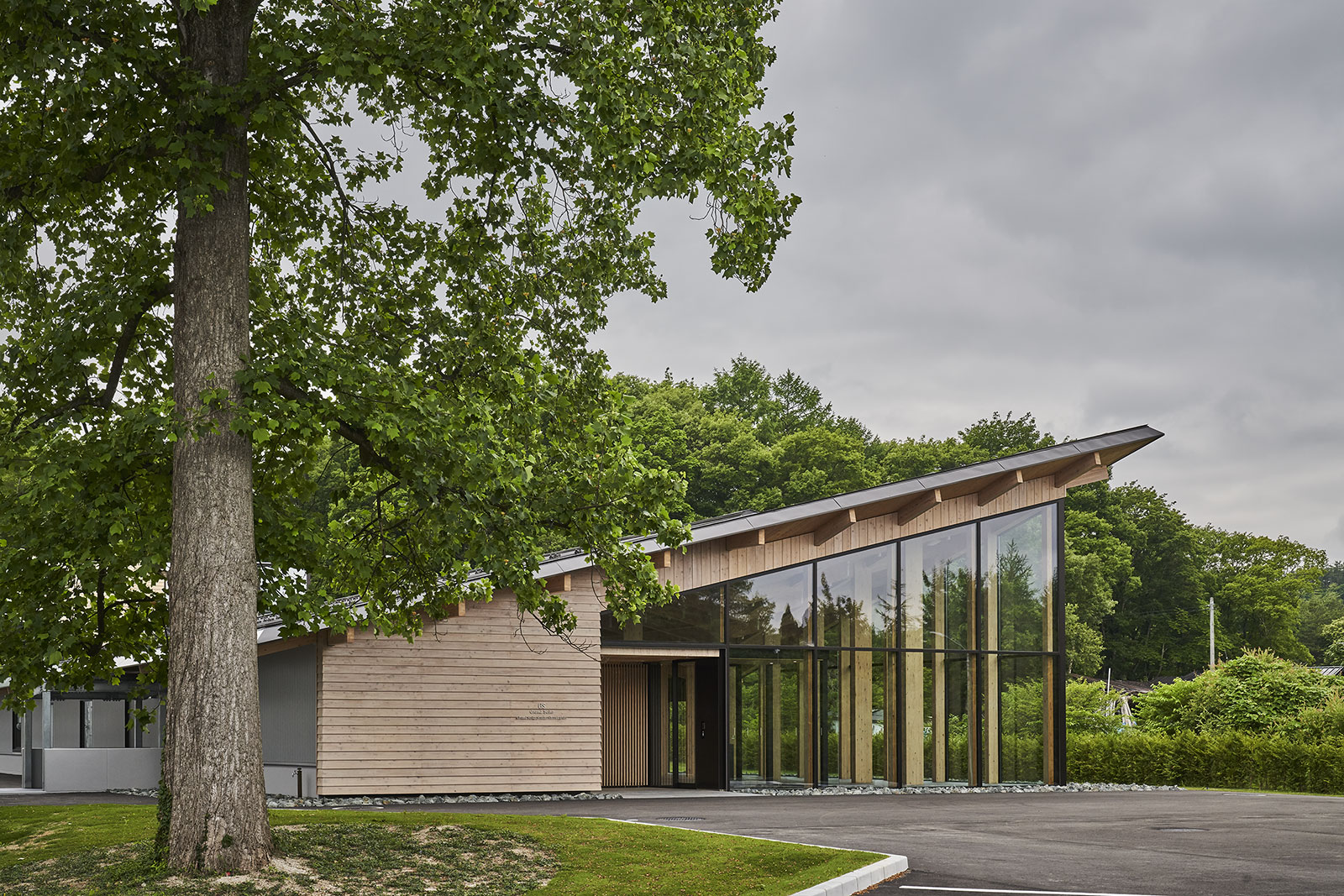 Grand Seiko Studio Shizukuishi officially opened on July 20, a milestone in its independence as a standalone watch brand. Having been spun off from Seiko in 2017, Grand Seiko now has its own workshop, just beside the Seiko Instruments Incorporated (SII) facility where it was once located.

“The Nature of Time”

Grand Seiko recruited Kengo Kuma, the noted Japanese architect behind Tokyo’s National Stadium built for the 2020 Olympics and the interior of Grand Seiko’s Paris boutique, for its new workshop. The Grand Seiko Studio Shizukuishi was conceived to embody the brand’s ideology, “The Nature of Time”, with the structure coexisting with the surrounding landscape, while utilising natural materials. 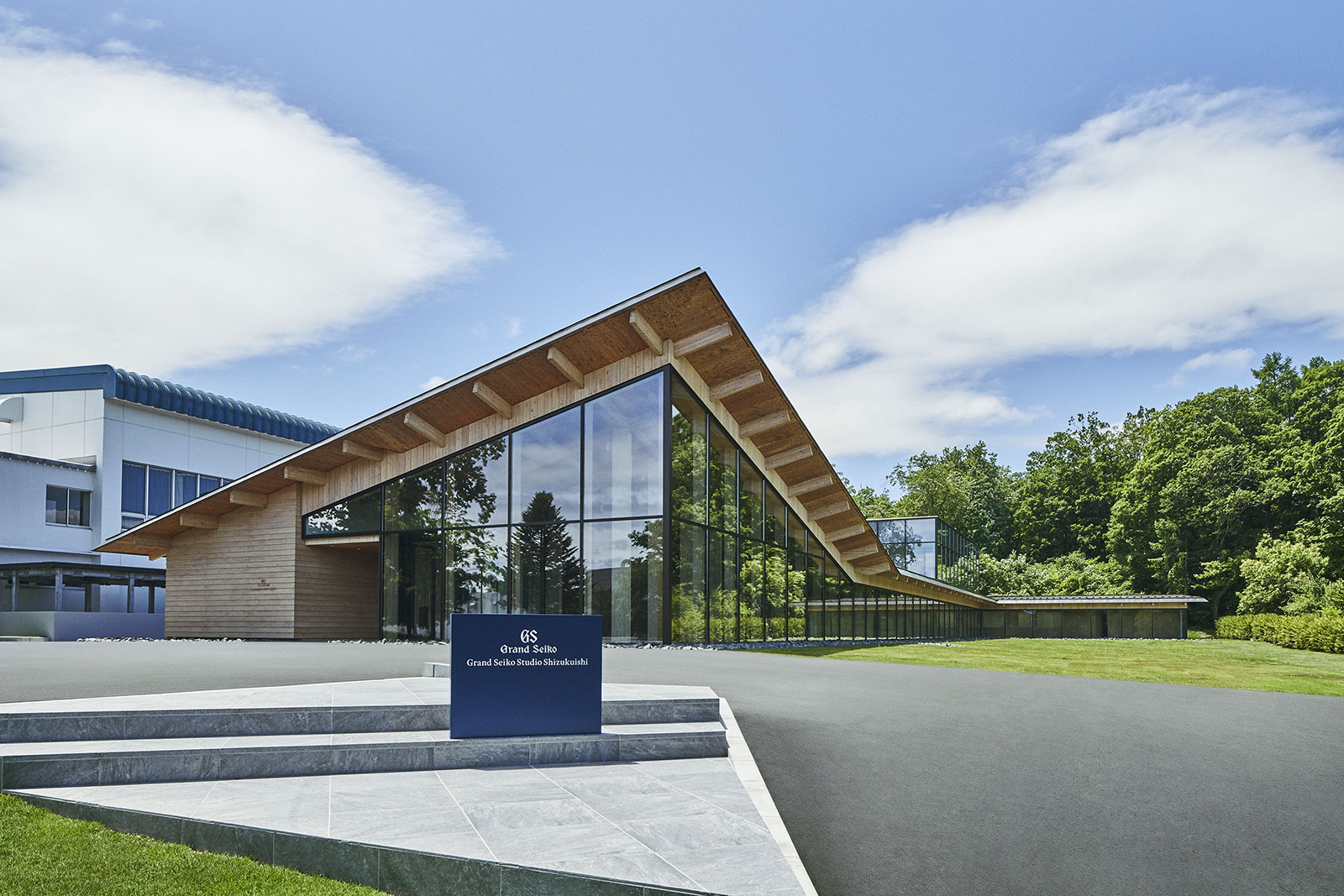 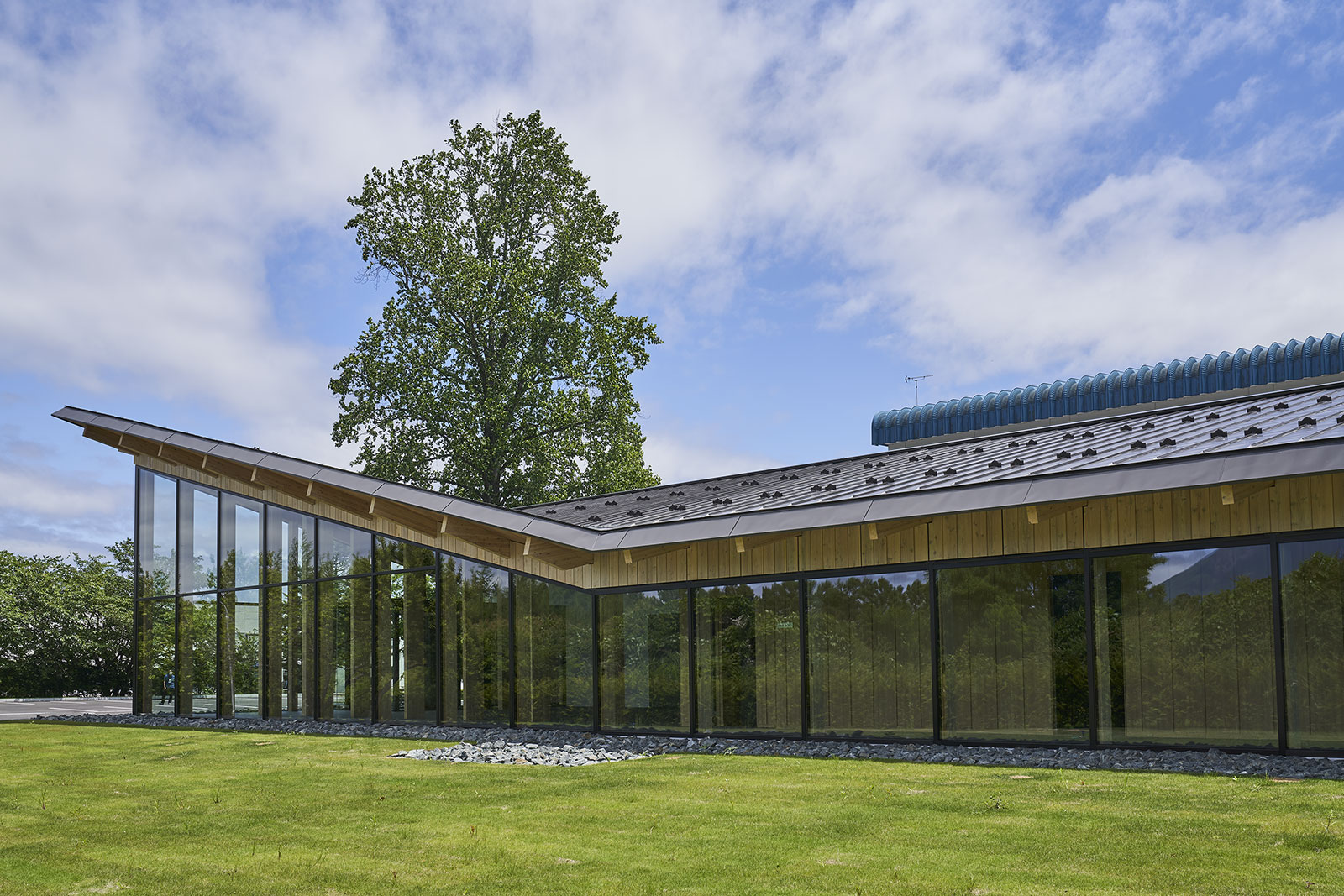 A material “greener” than conventional construction materials, wood is used for the structural elements and flooring of the clean room. “To balance natural materials with the room’s high technology technical requirements was a new and intriguing task,” noted Mr Kuma in the announcement. The result is one that sharply contrasts with the typical production workshop that is clinical-looking. 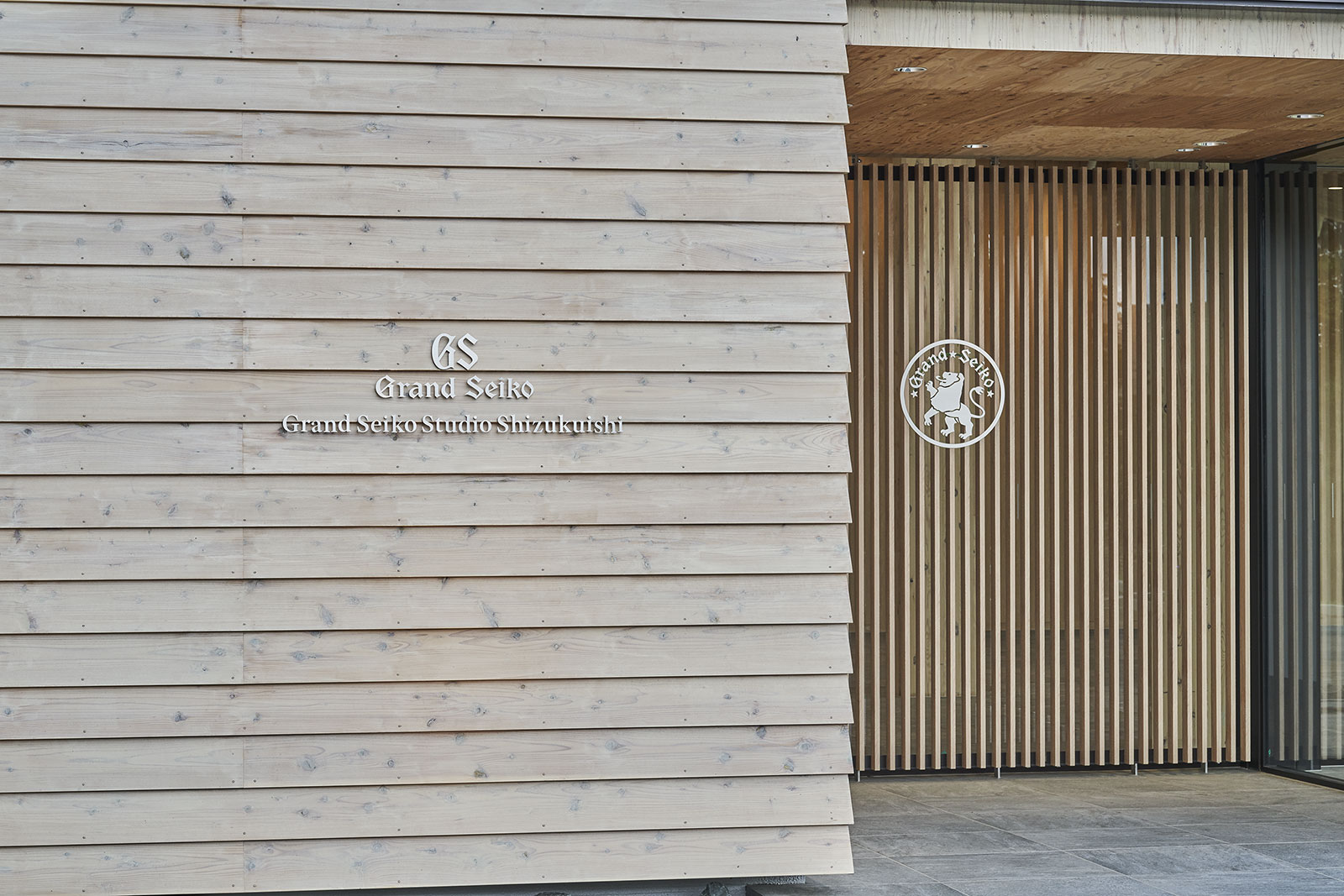 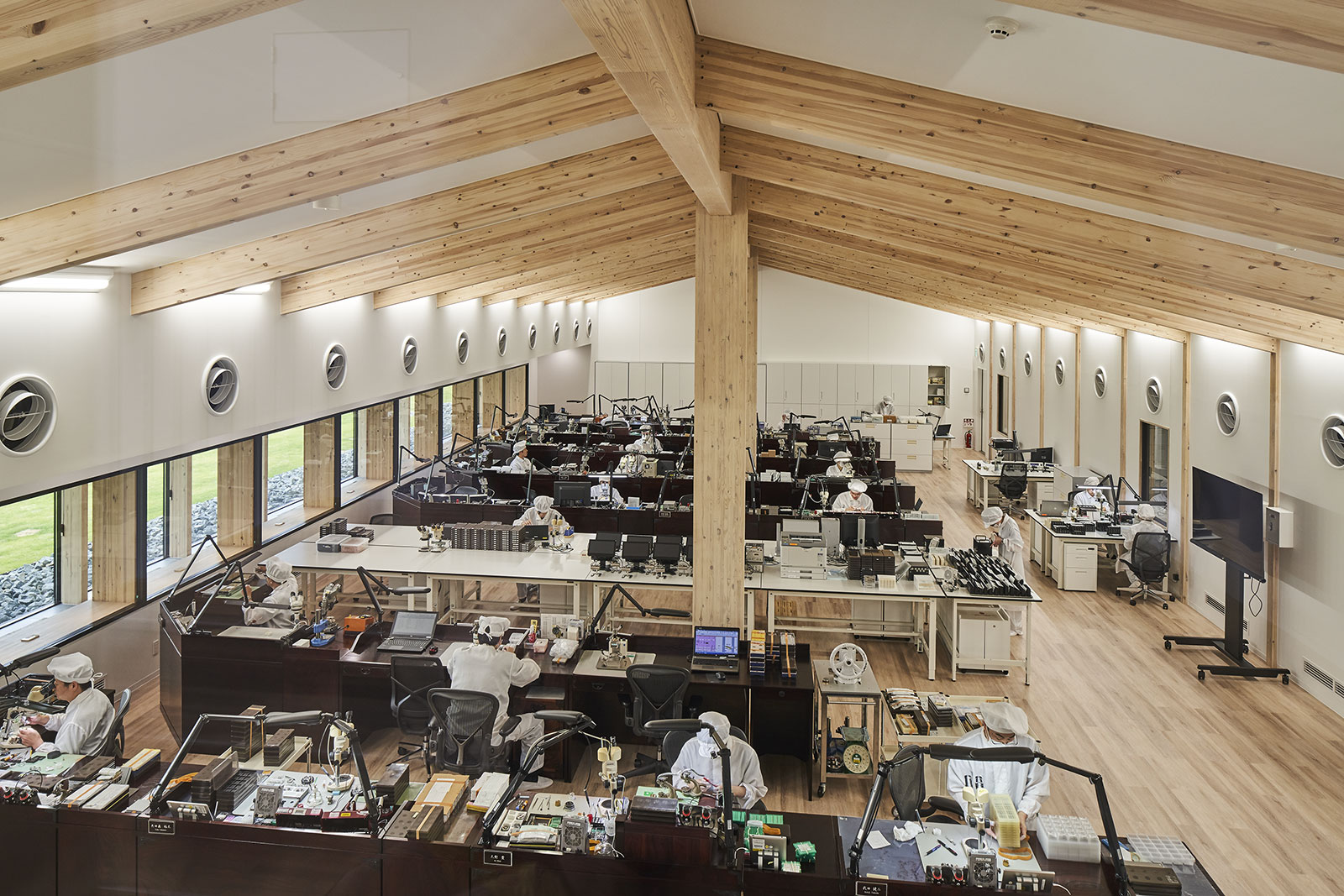 In addition to the natural materials used in its construction, the studio is also operated with sustainability in mind. For instance, carbon dioxide emissions are monitored and minimised, while wastewater is recycled. At the same time, the company is working to preserve biodiversity in its local area, including by erecting and maintaining bird and squirrel houses. 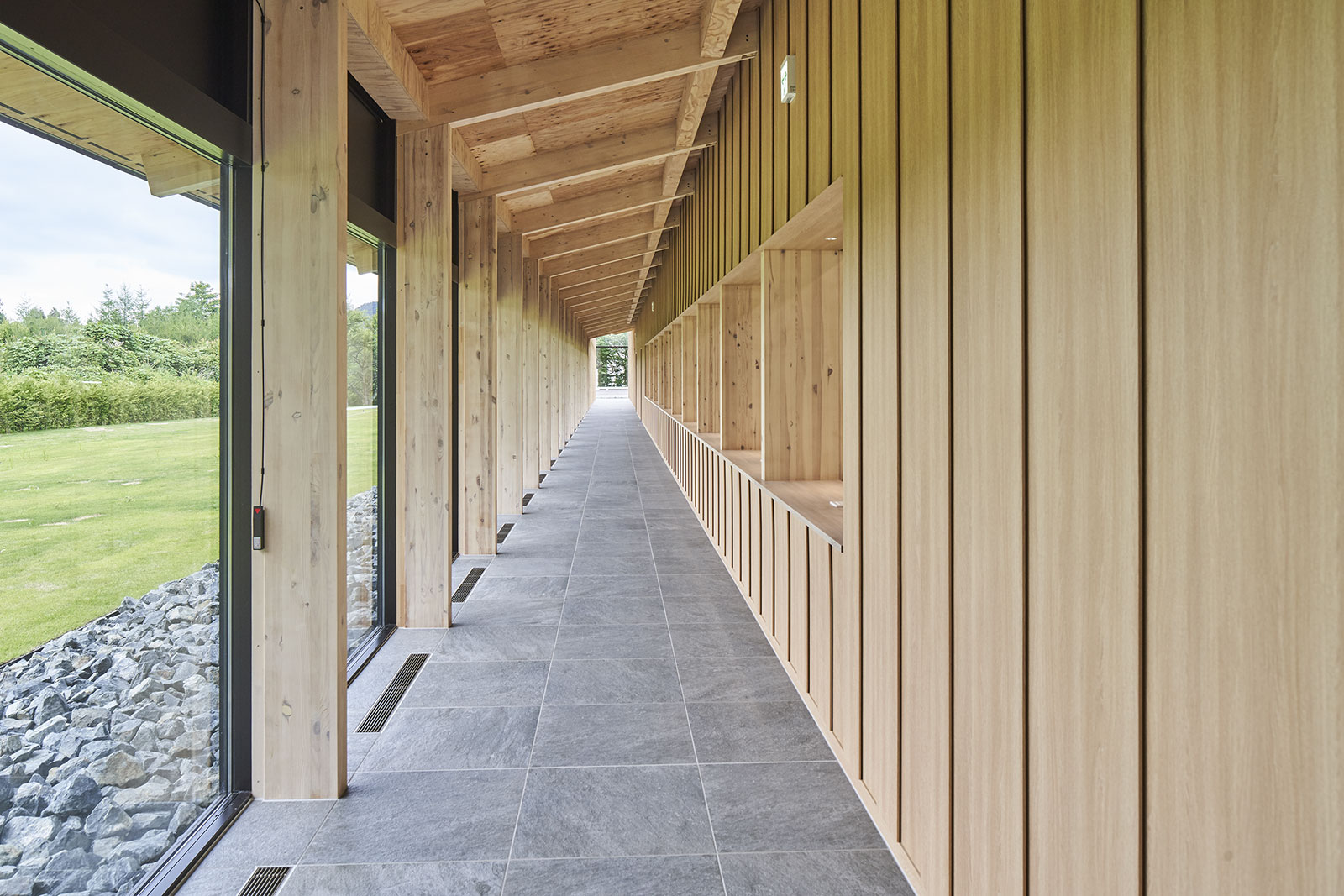 Grand Seiko Studio Shizukuishi was also designed for experiential encounters with the brand’s watchmaking. The studio includes exhibition and event spaces, as well as the Studio Seminar Room, where visitors can get a hands-on experience assembling a Grand Seiko movement.

Notably, the second level includes a lounge offering a view of Mount Iwate and a showcase for an upcoming concept watch that “will reveal the full extent of the ingenuity and skill of every one of Grand Seiko’s specialists, from designers to technicians”.

The studio is not yet open to the public, but will be once the COVID-19 pandemic comes to an end. When that happens, factory visits can be arranged online.

Featuring the high-frequency movement in a 44GS-style case, the SBGH283 is steel and 40 mm in diameter. It’s worth pointing out that the movement is the 9S85, instead of the newly-introduced 9SA5 featuring Grand Seiko’s patented new escapement.

As is typical for Grand Seiko limited editions, the dial is the highlight – finished in a deep emerald tone with vertical stripes, a motif meant to evoke the greenery visible through the windows of the studio. Clean and linear, the pattern is more classical than more common, radially-striated “Iwate” finish. 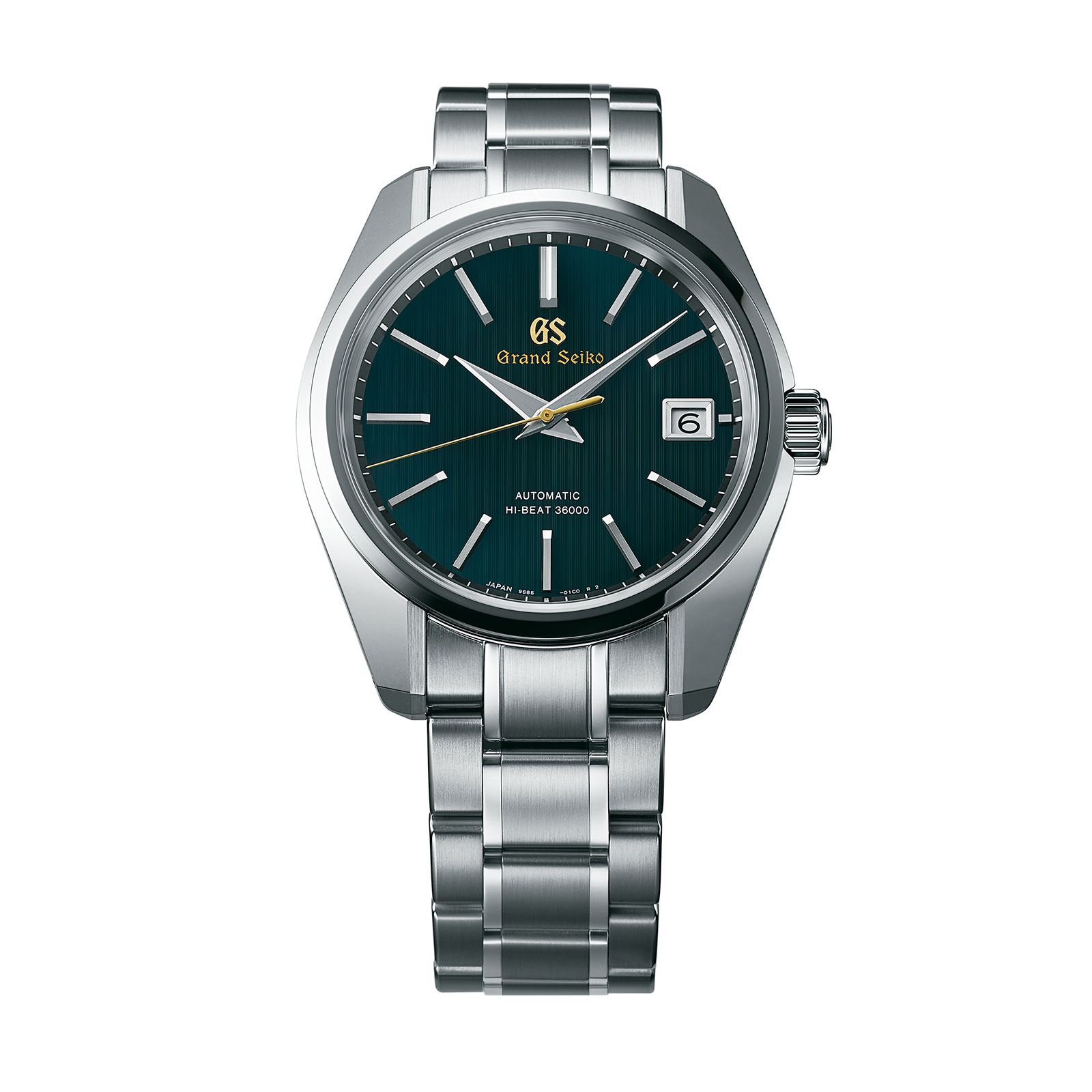 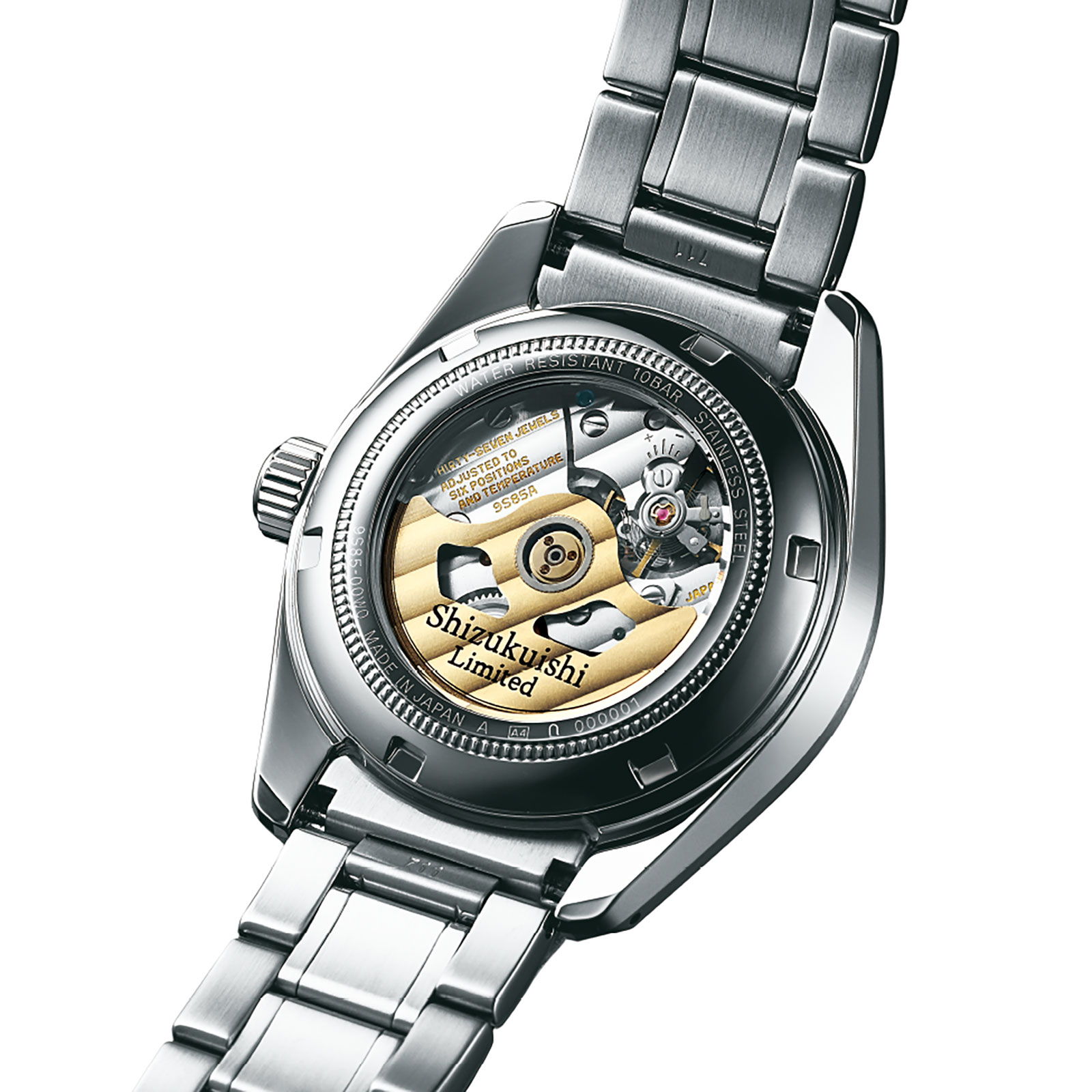 Aside from the dial, the rotor is also unique to the studio edition. It’s gilded and engraved with the “Shizukuishi”, but unlike earlier workshop-only editions that featured Japanese text, the engraving is in English.

While no doubt to cater to Grand Seiko’s increasingly international audience, the English engraving is incongruous, since a special edition available only at the home of Grand Seiko should be as local as possible. Nonetheless, the SBGH283 is a beautiful watch, and is one that I like very much.