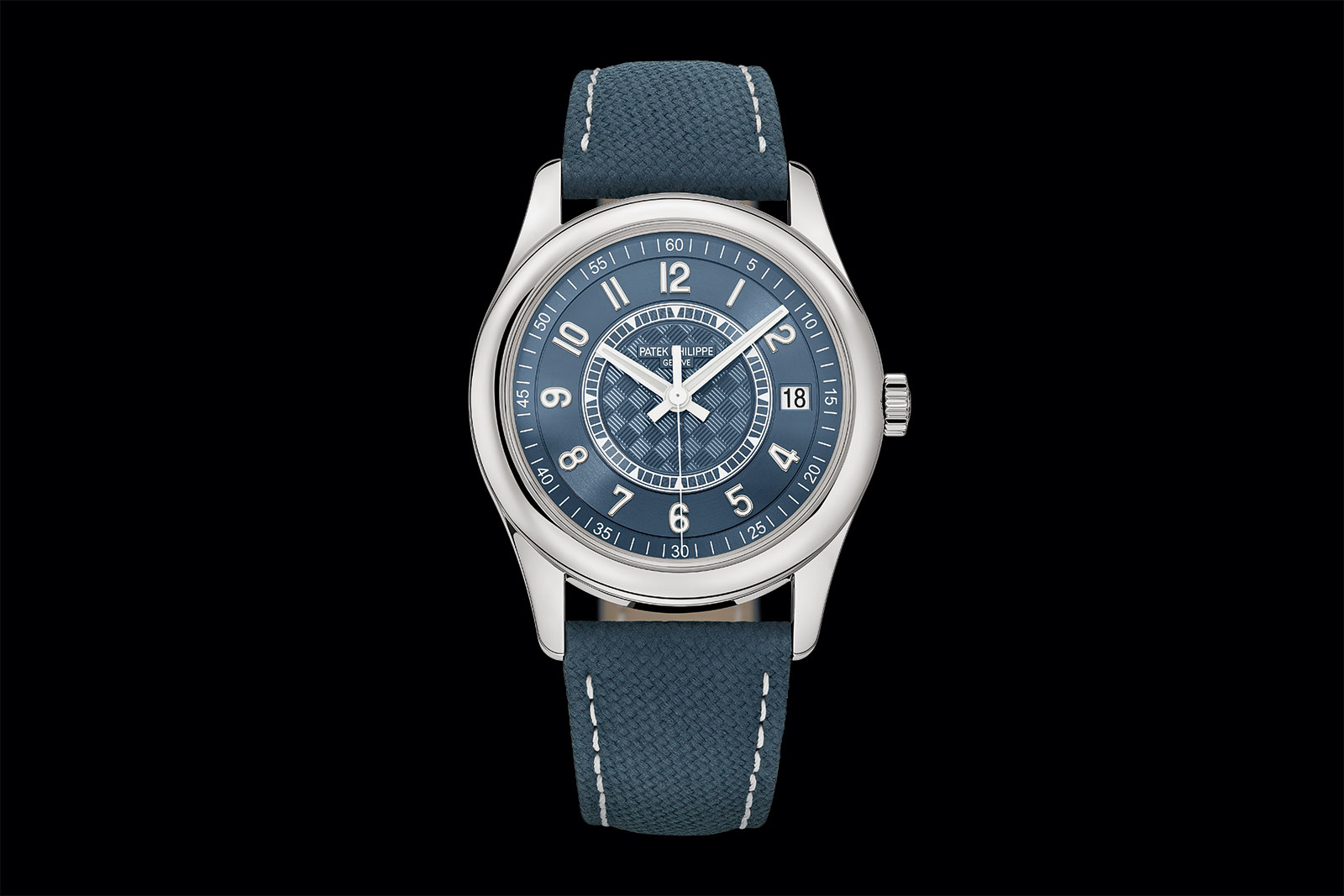 Patek Philippe’s 1,600 employees in Geneva began migrating to its expansive new headquarters last year, and now the move is almost complete. To commemorate the completion of the new manufacture, Patek Philippe has announced its very first new launch for 2020: the Calatrava ref. 6007A-001 “New Manufacture 2019”.

A limited edition of 1,000 watches, the ref. 6007A has a steel case and a grey-blue dial finished with a variety of textures, including a “carbon” pattern on its centre.

The new ref. 6007A confirms the chatter that Patek Philippe is in the midst of evolving the Calatrava line by injecting more contemporary flair into its aesthetics, which began with last year’s quirky ref. 5212A Weekly Calendar.

Though the new ref. 6007A is a very different watch – in fact, its styling brings to mind the unique ref. 5208T “Only Watch” – it too feels like a more casual take on the classic Patek Philippe gentleman’s watch. 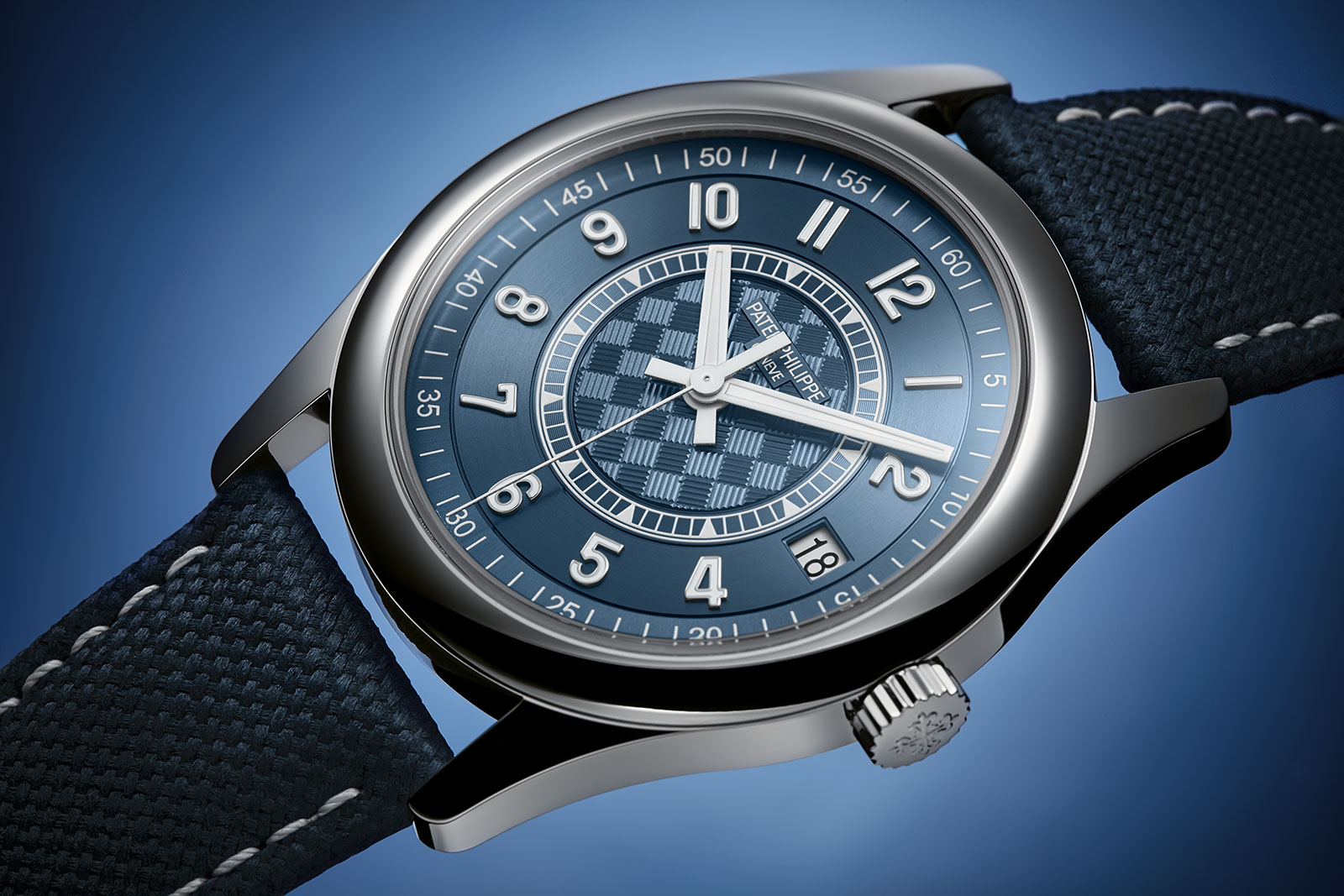 The case is steel and relatively large at 40 mm, while the dial has a sporty, instrument-like look (which can be explained by its inspiration, the speedometer-inspired ref. 6006G). Notably, the dial has a stamped guilloche centre, which is an unusual feature for a Calatrava. And it also features applied Arabic numerals in white gold, a luxe detail for a simple watch.

It will doubtlessly be a lightweight, thin watch that is easy and comfortable to wear, especially since the steel case is more hardwearing than the usual 18k gold. That, combined with the new look, makes for an appealing watch.

I like the new style that the ref. 6007A represents – though I could do without the date window – and it will be a good thing to see it incorporated into regular-production models, which is a certainty.

But as is always the case with Patek Philippe wristwatches, the ref. 6007A sits at the highest end of the price spectrum for a high-end, time-only watch in steel, making it affordable as such watches go, but certainly not a value proposition. 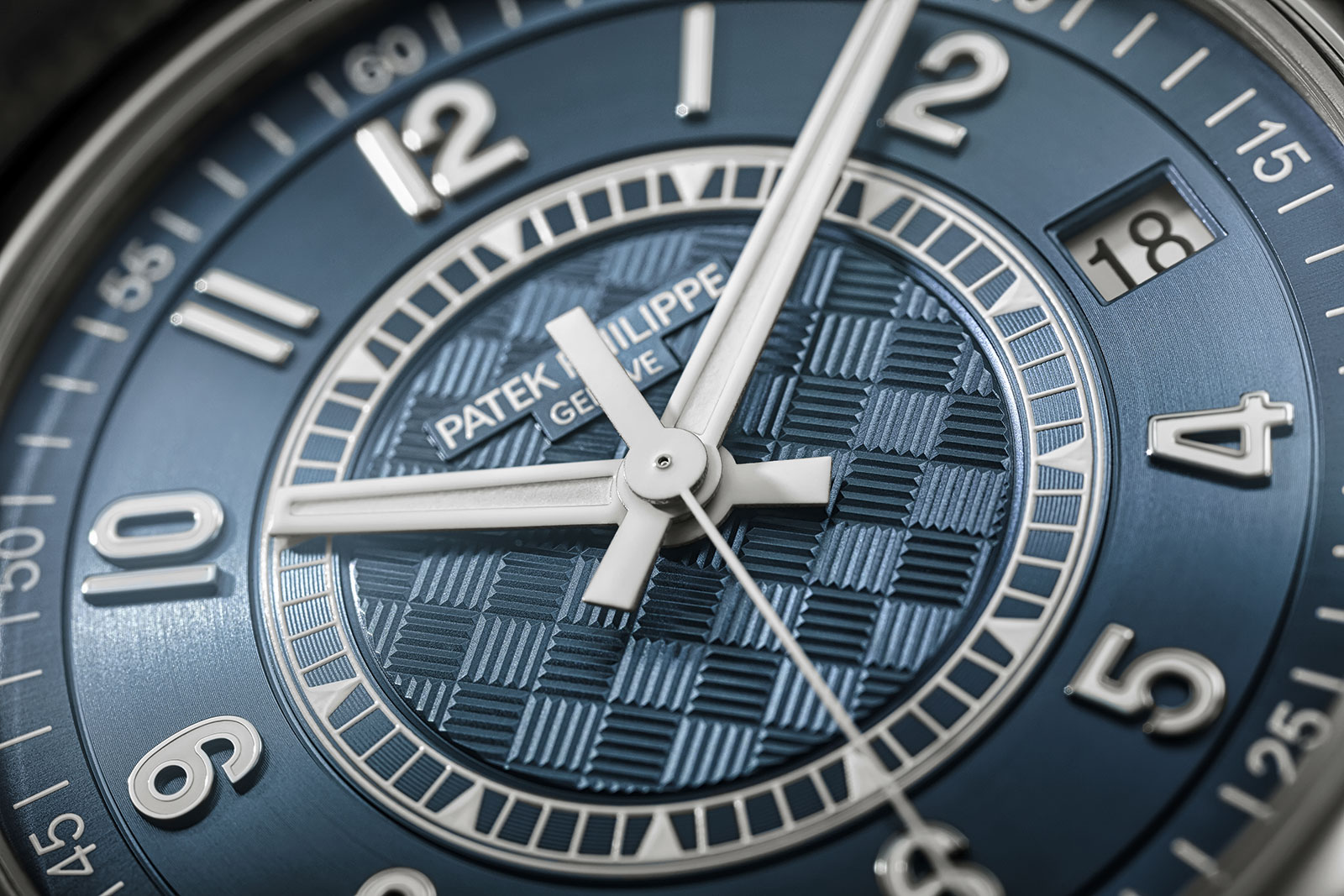 The “carbon” pattern on the dial 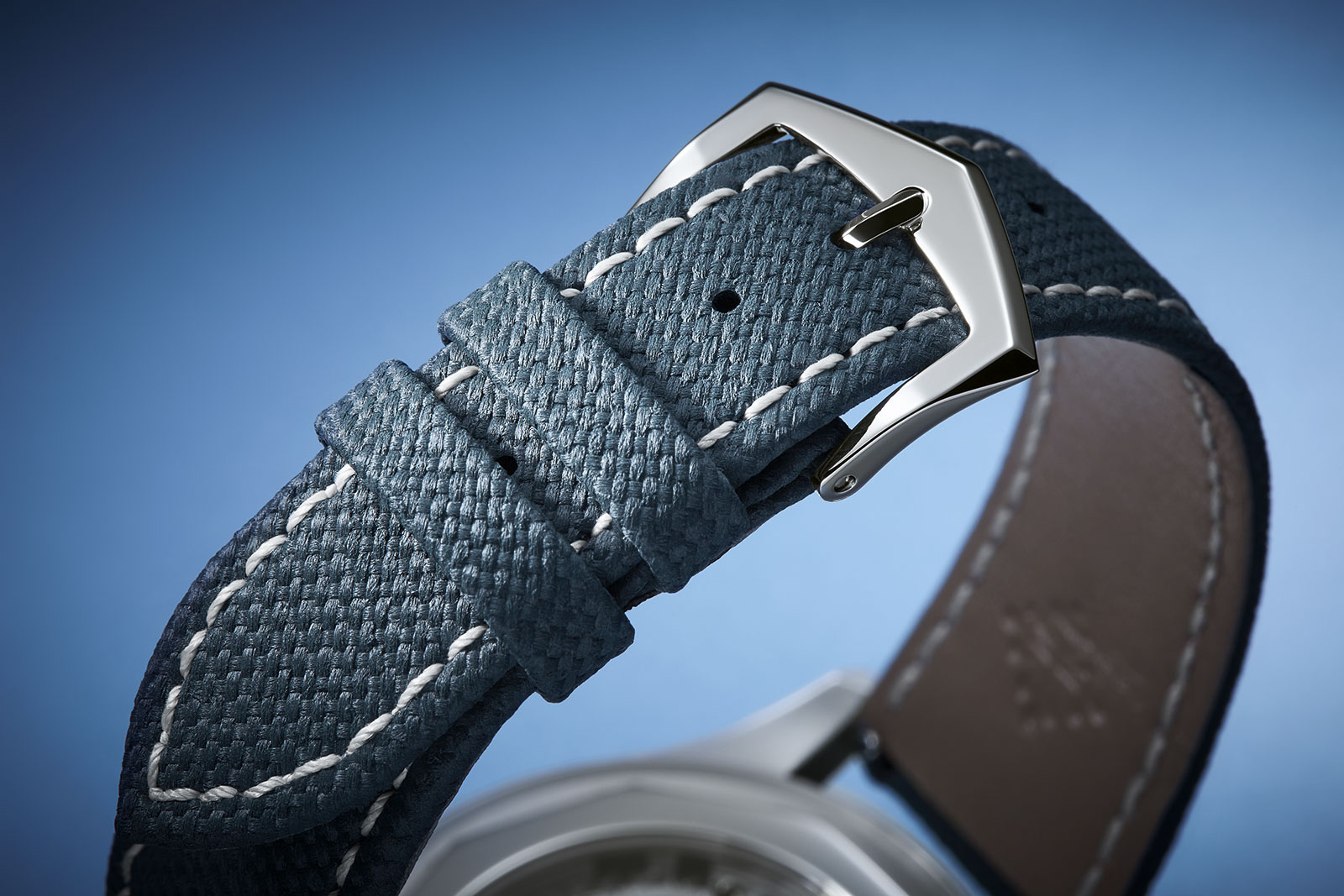 A strap in embossed calfskin

The ref. 6007A has a steel case that’s 40 mm wide and 9.07 mm high, making it slightly larger than the typical Calatrava, but just as slim. Though the case is new, the shape takes inspiration from the ref. 6006G, one of the more contemporary Calatrava models in the current collection. 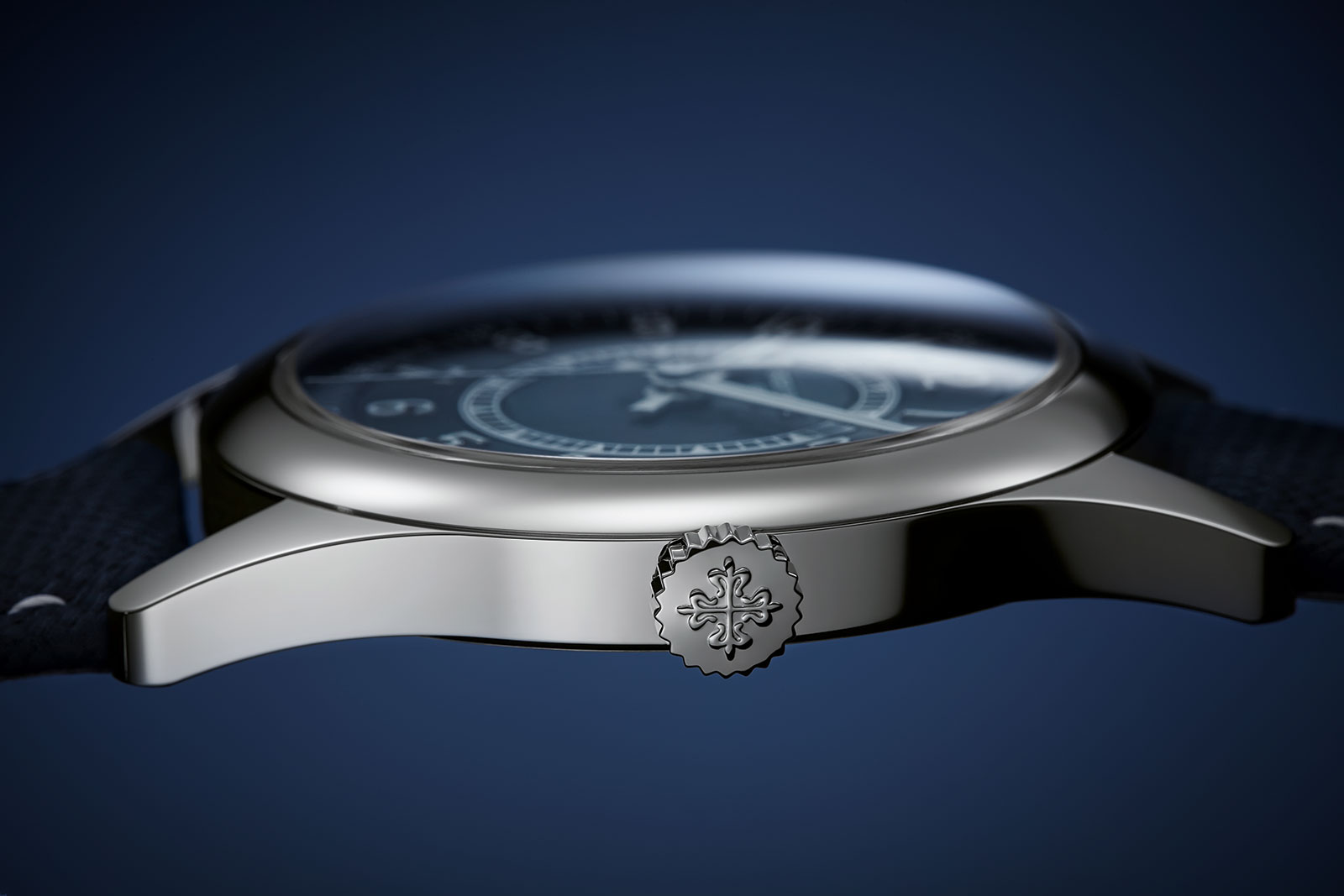 Similarly, the aesthetics of the dial are also informed by the ref. 6006G, though the new dial is both novel and distinct relative to anything the brand has done before. In fact, the closest relative to the new dial is that found on the one-off ref. 5208T grand complication made for Only Watch 2017.

Like the ref. 5208T, the dial is rendered in grey-blue and finished with four textures – radial and circular brushing, plus stamped guilloche in concentric as well “carbon” patterns. Though labelled “carbon style” by Patek Philippe, the pattern on the centre of the dial is reminiscent of the basketweave guilloche.

Notably, the applied hour markers are 18k white gold, as are the white-lacquered hands, and both are filled with Super-Luminova for nighttime legibility. 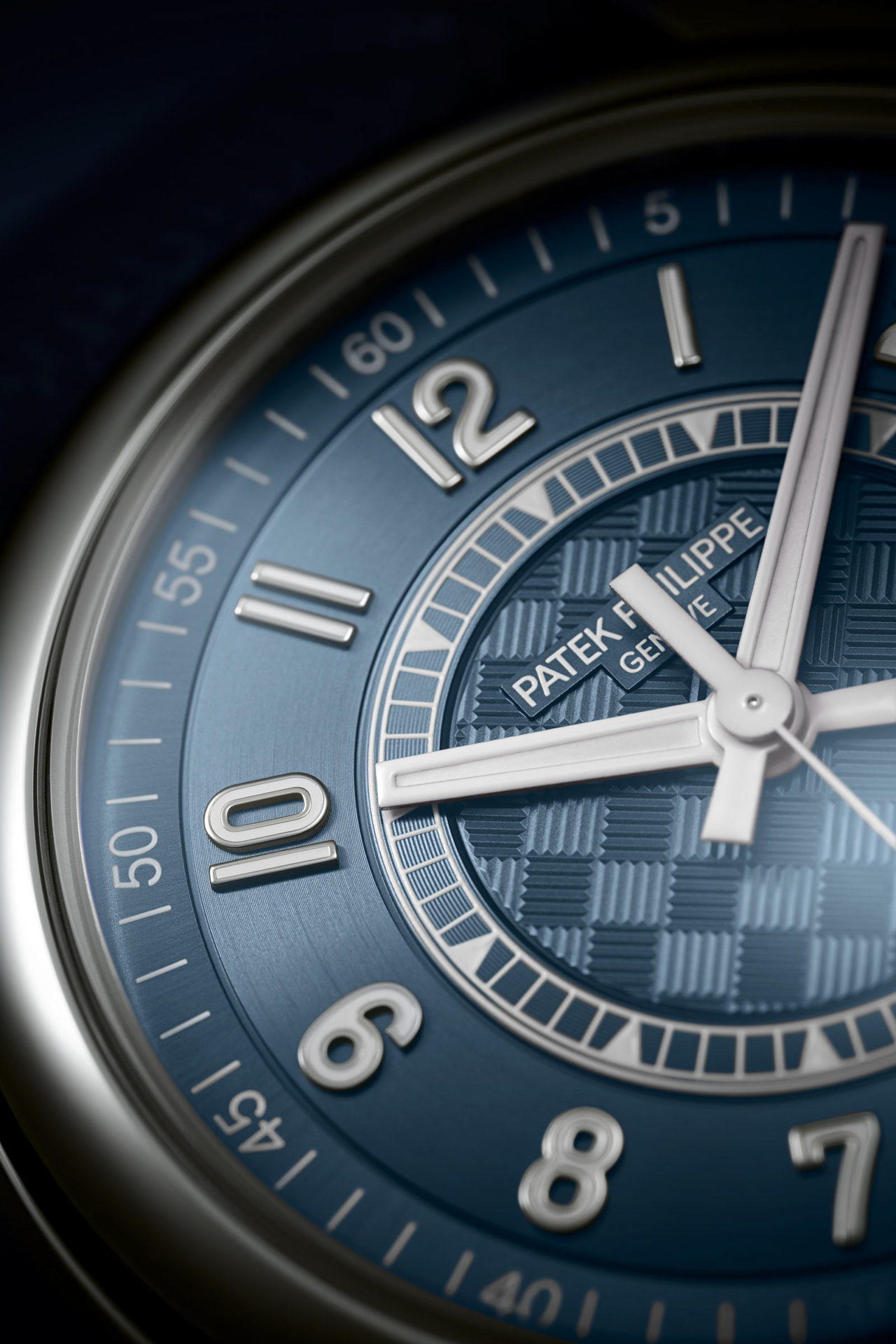 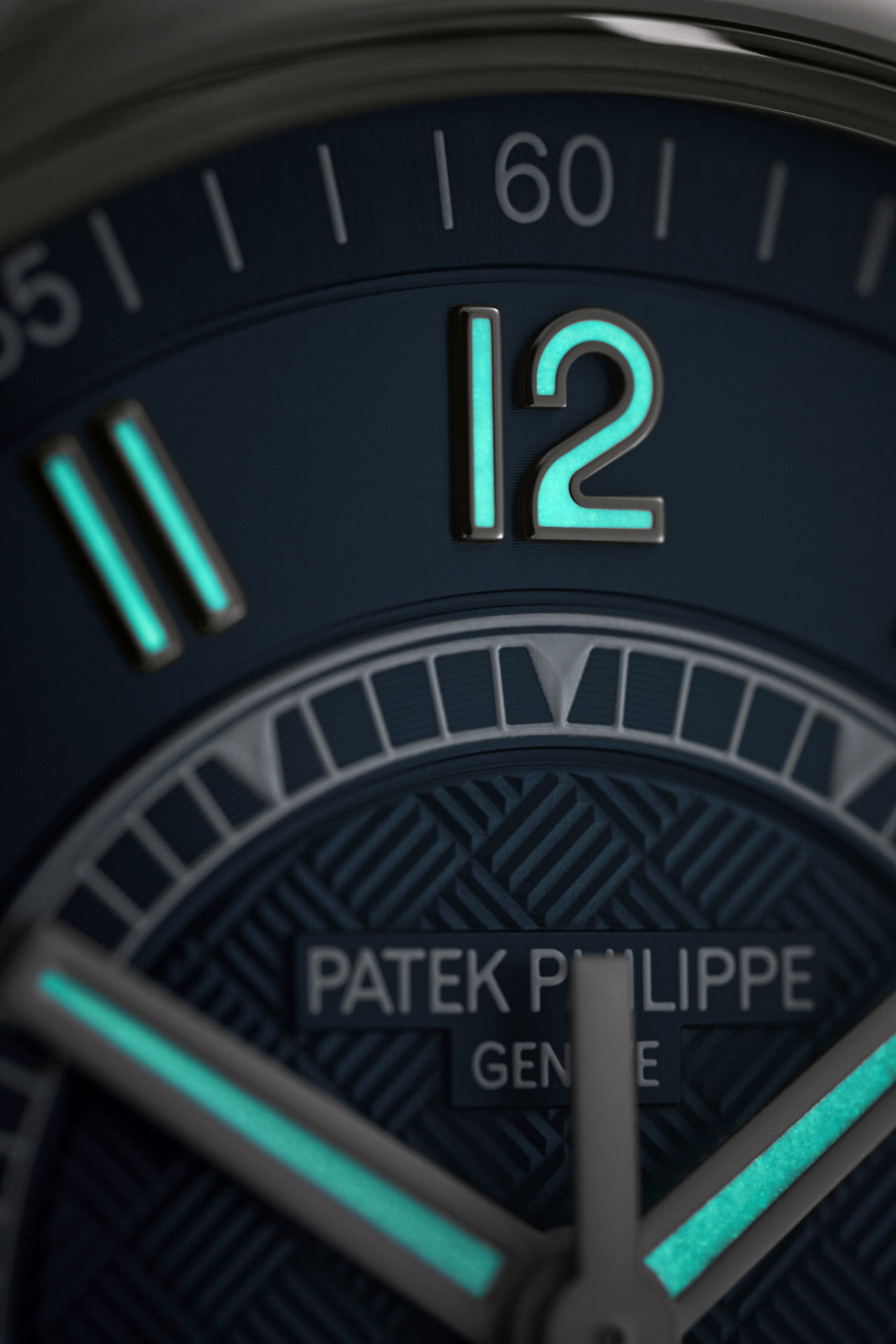 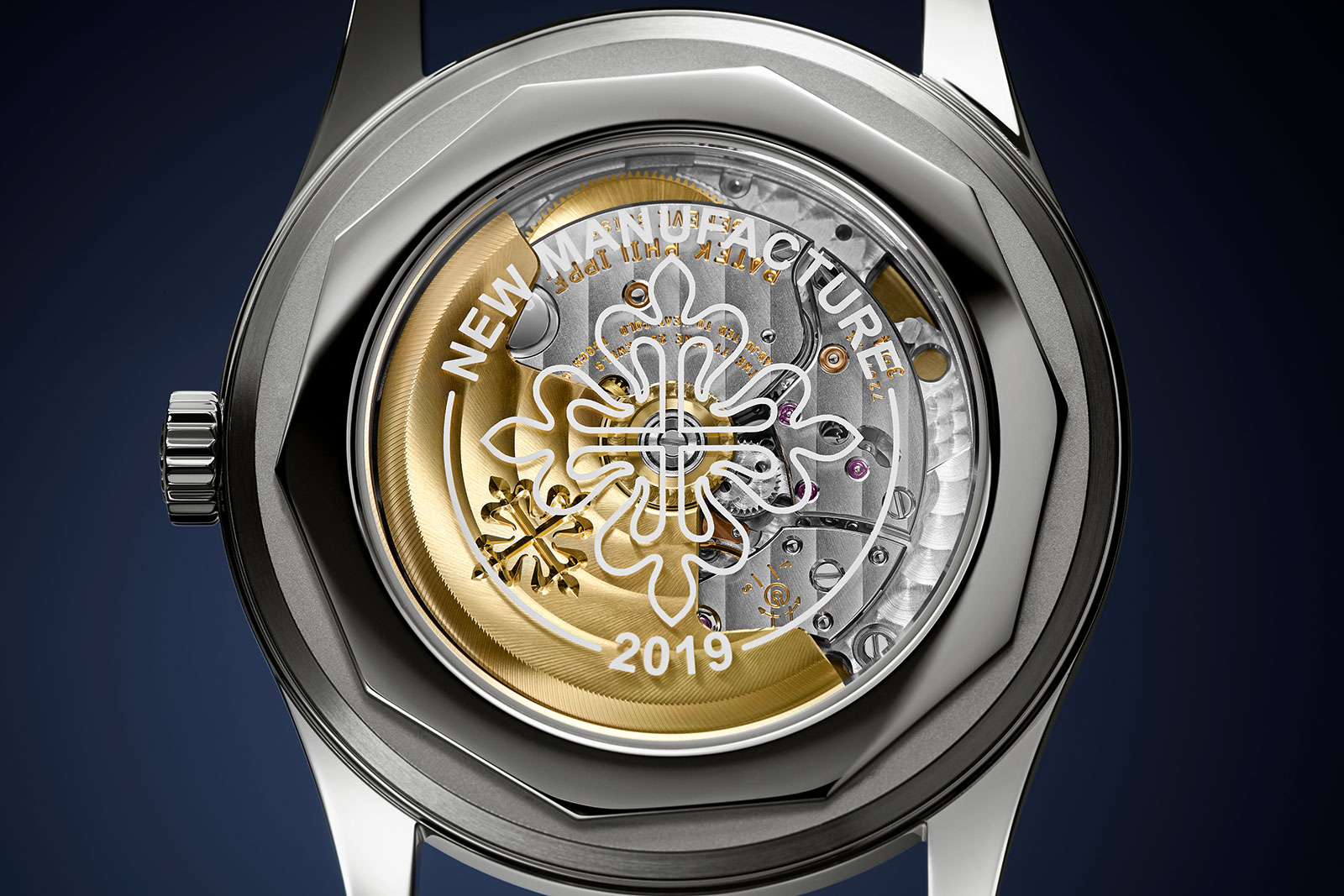 Located at Chemin du Pont-du-Centenaire 141 in the municipality of Plans-les-Ouates – nicknamed “Plans-les-Watch” because of the proliferation of watch factories – the new manufacture is a long, 10-storey building (including four basement floors) characterised by long, white covered corridors that run the length and width of the building, as well as exposed stairways. 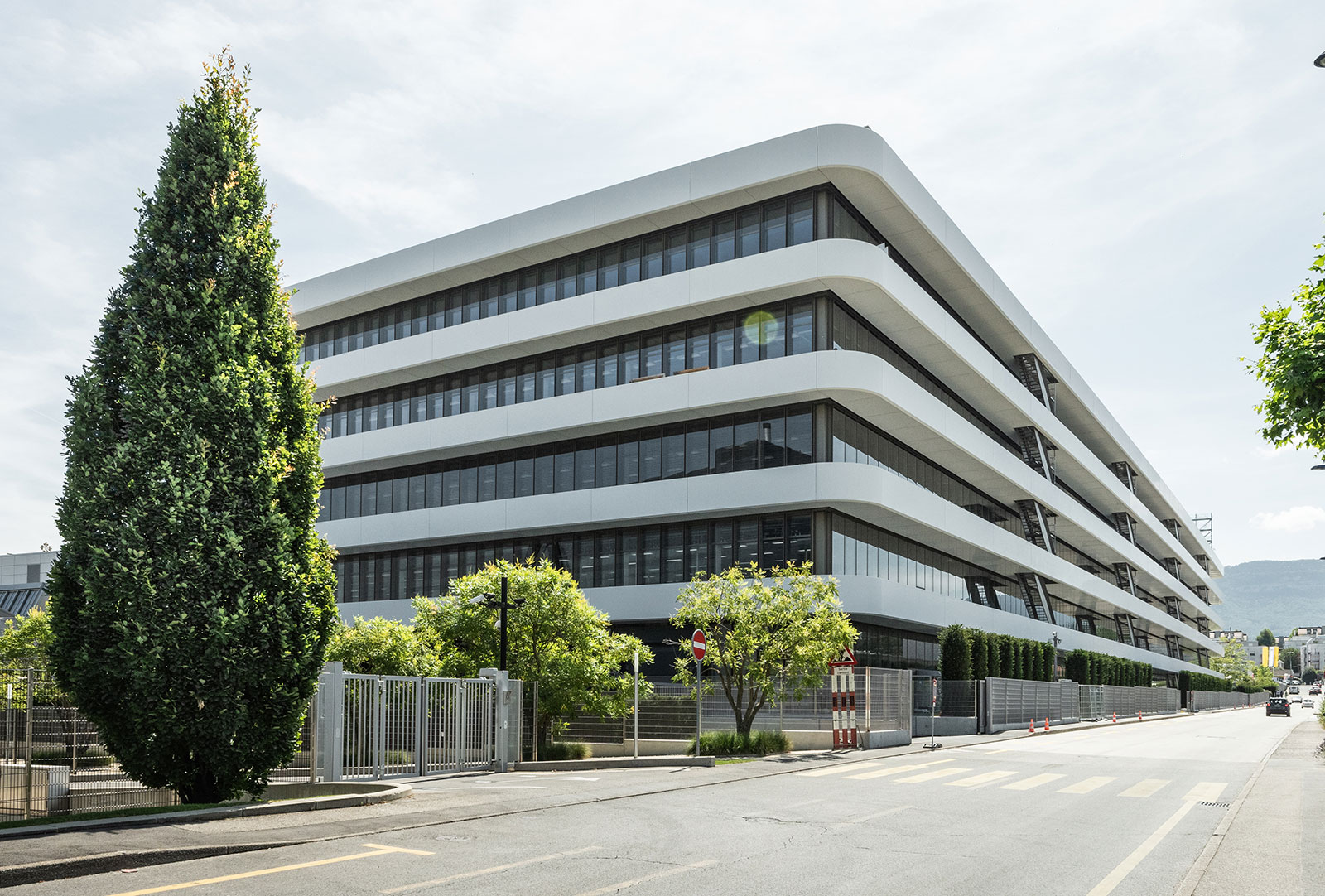 A project that took five years to complete, the manufacture is defined by large numbers. Its total area is 133,650 square metres, space that allows Patek Philippe to vertically integrate almost all of its production, including the Rare Handcrafts workshop, parts production, and employee training.

The building includes a top-floor restaurant that can accommodate up to 880 – or about half its workforce – and a 635-vehicle carpark in the basements. 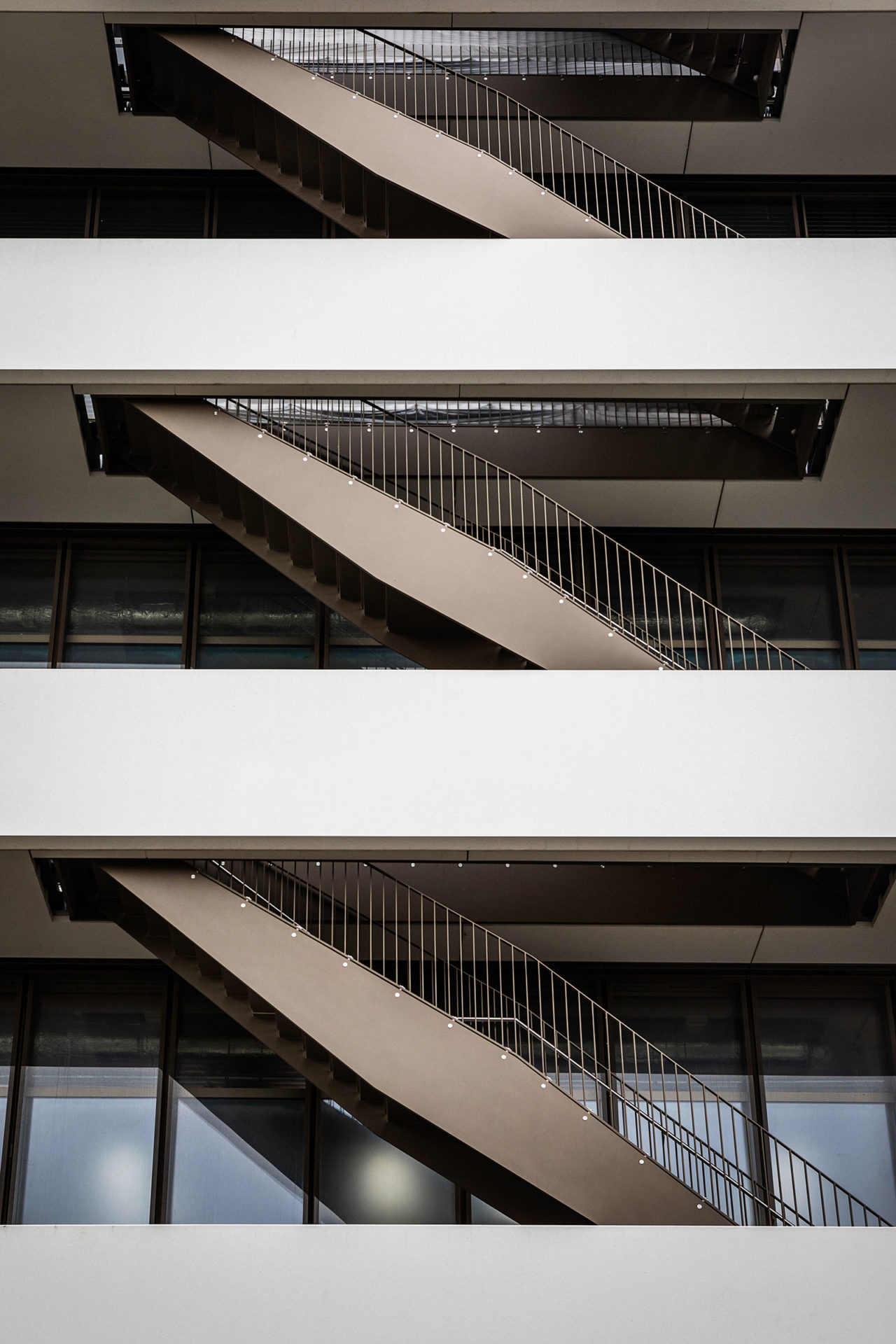 Costing a total of 600 million Swiss francs – the structure alone was 500 million francs – the manufacture will serve Patek Philippe’s needs for the coming two to three decades.

And according to Patek Philippe, its new premises are “not to noticeably increase the volume of watches produced from currently almost 62,000 pieces per year”, but to streamline and rationalise manufacturing and assembly. 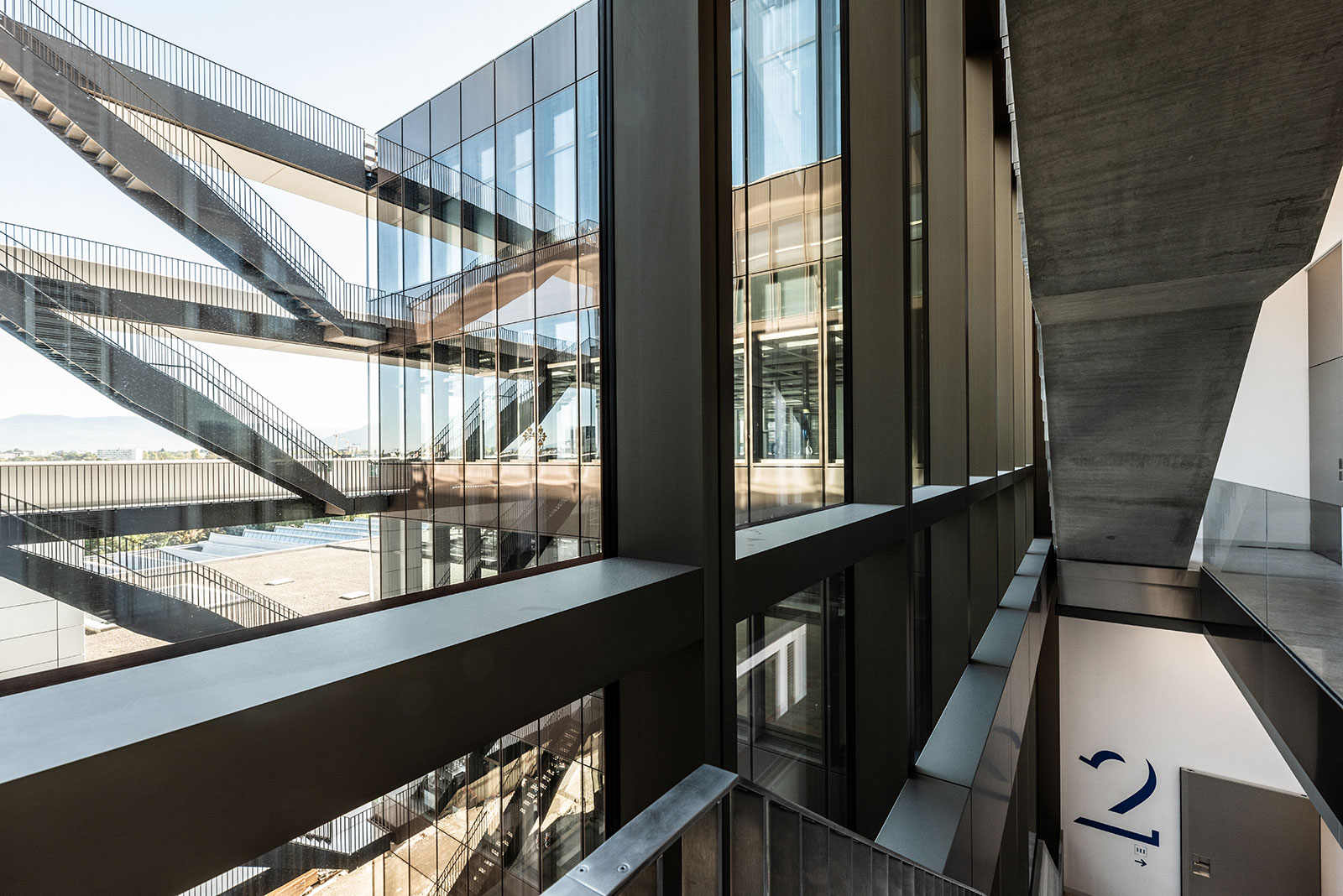 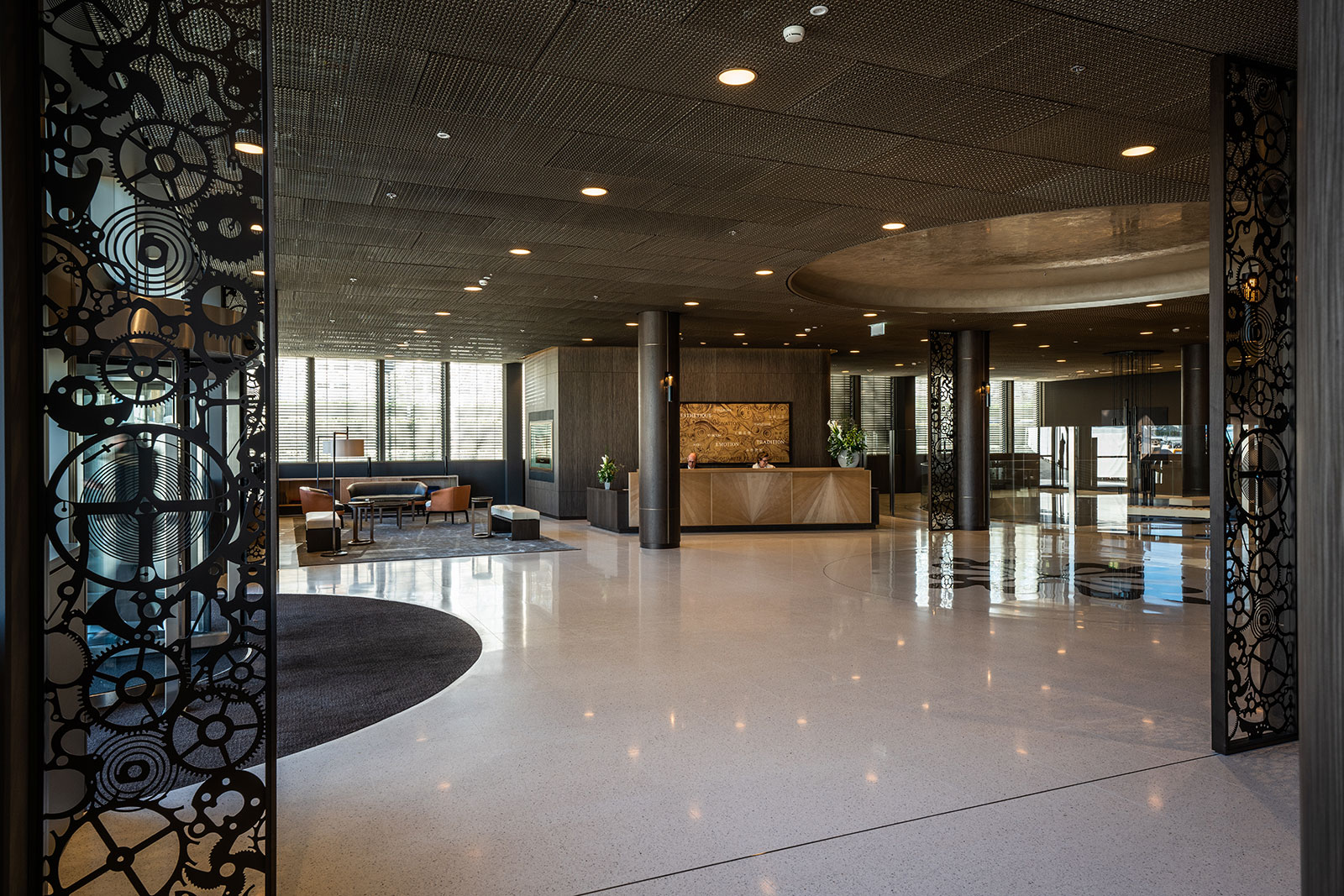