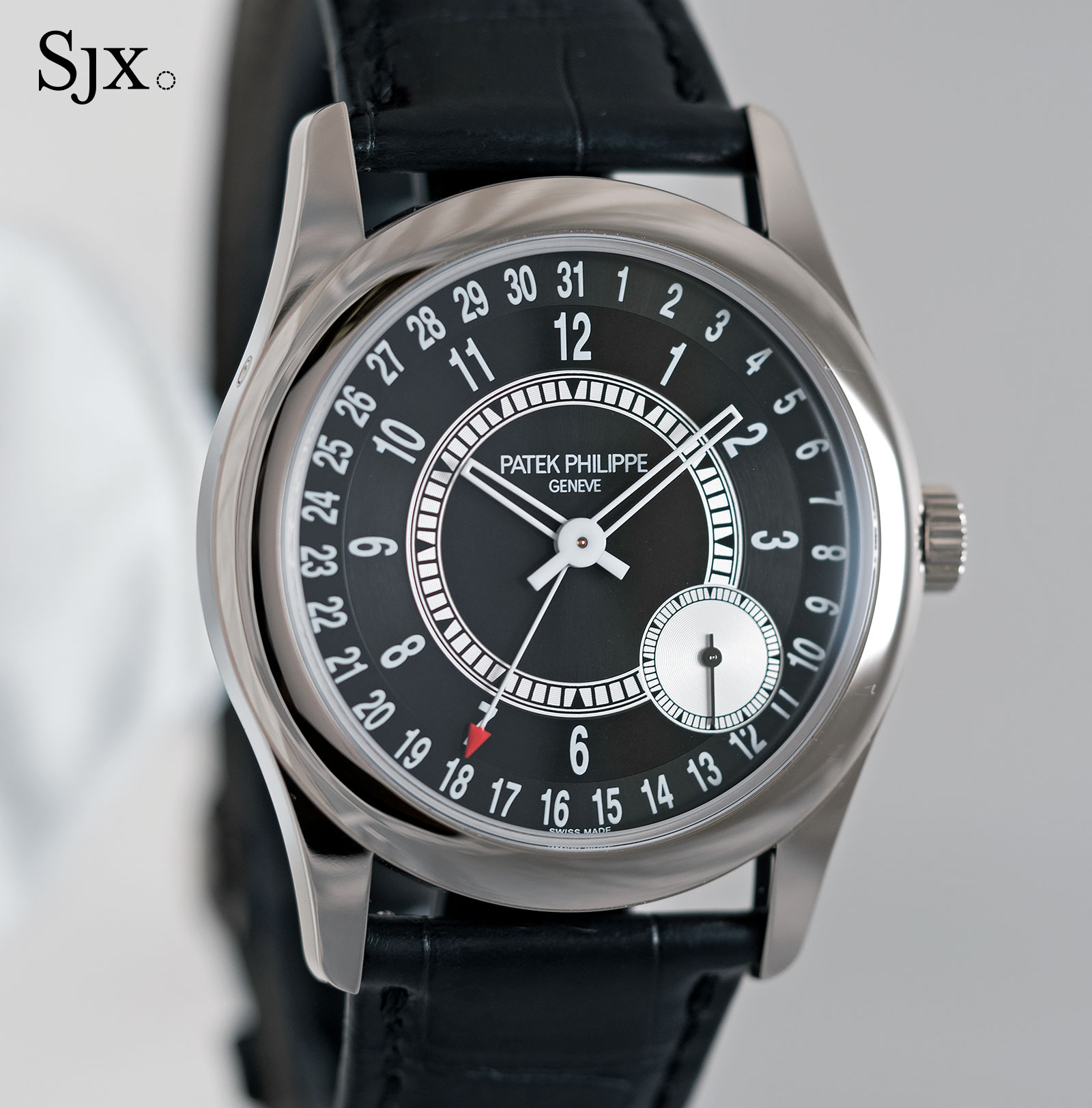 One of Patek Philippe‘s latest releases at Baselworld 2016, but little noticed (the retro perpetual ref. 5320G got most of the attention), is the Calatrava ref. 6006G.

It’s the third generation of an unusual series of watches that are easily one of the most distinctive contemporary Calatrava models, characterised by a functional, vaguely military look blended with elements of Bauhaus.

The series began with the ref. 5000G, produced in 1992 and 1993 in a limited edition of 1000 watches. With a black dial, radial Arabic numerals and a subsidiary seconds between four and five, the ref. 5000G was a departure from the typical Calatrava look and sold well. In the wake of its success variants in other metals with different dial styles were later added.

But the ref. 5000G was typical of the time and only 33mm. So 13 years later in 2005 – product cycles were much longer not that long ago – Patek Philippe returned to the same design with the ref. 6000G. The new model preserved the dial styling, but became more functional with a pointer date, as well as growing the case to 37mm. Again, variations in other colours were subsequently introduced.

A noteworthy example of the model was the one of a kind ref. 6000T in titanium created in 2007 for Geneva charity Children Action, which sold for the third time at auction last year for just over US$240,000. Now the quirky aesthetic returns with the ref. 6006G, essentially the same thing but bigger.

The white gold case is now a good 39mm in diameter. Despite being slightly larger the overall proportions have been largely preserved, with the off-centre seconds positioned well and not too far from the edge of the dial, as is often the case is enlarged designs. Various aesthetic tweaks were also executed, all of which improve the look. The hands are now large, improving legibility, but open-worked so as not to leave them looking too heavy. The pointer hand for the date is now tipped with an arrowhead, rather than a bracket. Functionally it’s identical but the sharp point looks slightly more purposeful. Both the minute track and seconds are now finished in white, giving the dial more contrast.

Best of all, however, is an element that’s difficult to discern, at least initially. Though the dial is largely black, it has four different surface finishes, each on a separate level. The most obvious is the concentric stamping on the silvered surface of the minute track and subsidiary seconds. More notably, the black portions of the dial have three varied finishes, giving the sections different tones despite the colour being the same.

The outermost ring for the date has a grained surface and is slightly raised, while the track for the hour numerals has a circular brushing. And finally the central portion of the dial has a radial brushed finish. From the back the calibre 240 PS C is visible. The view is no different from other Patek Philippe watches with this calibre, a slim automatic with micro-rotor. Like all Patek Philippe movements it’s equipped with a silicon hairspring. It’s an attractive and reliable movement, though one could wish for a more artisanal or decorative finish. Priced at SFr27,000 or S$40,400, and will be available later in 2017, the Calatrava ref. 6006G-001 is priced comparably to other Calatrava models, but the ask is still somewhat steep for a simple watch with a date. But if one is in the market for an entry-level Patek Philippe, the ref. 6006G is arguably the most interesting of the range.