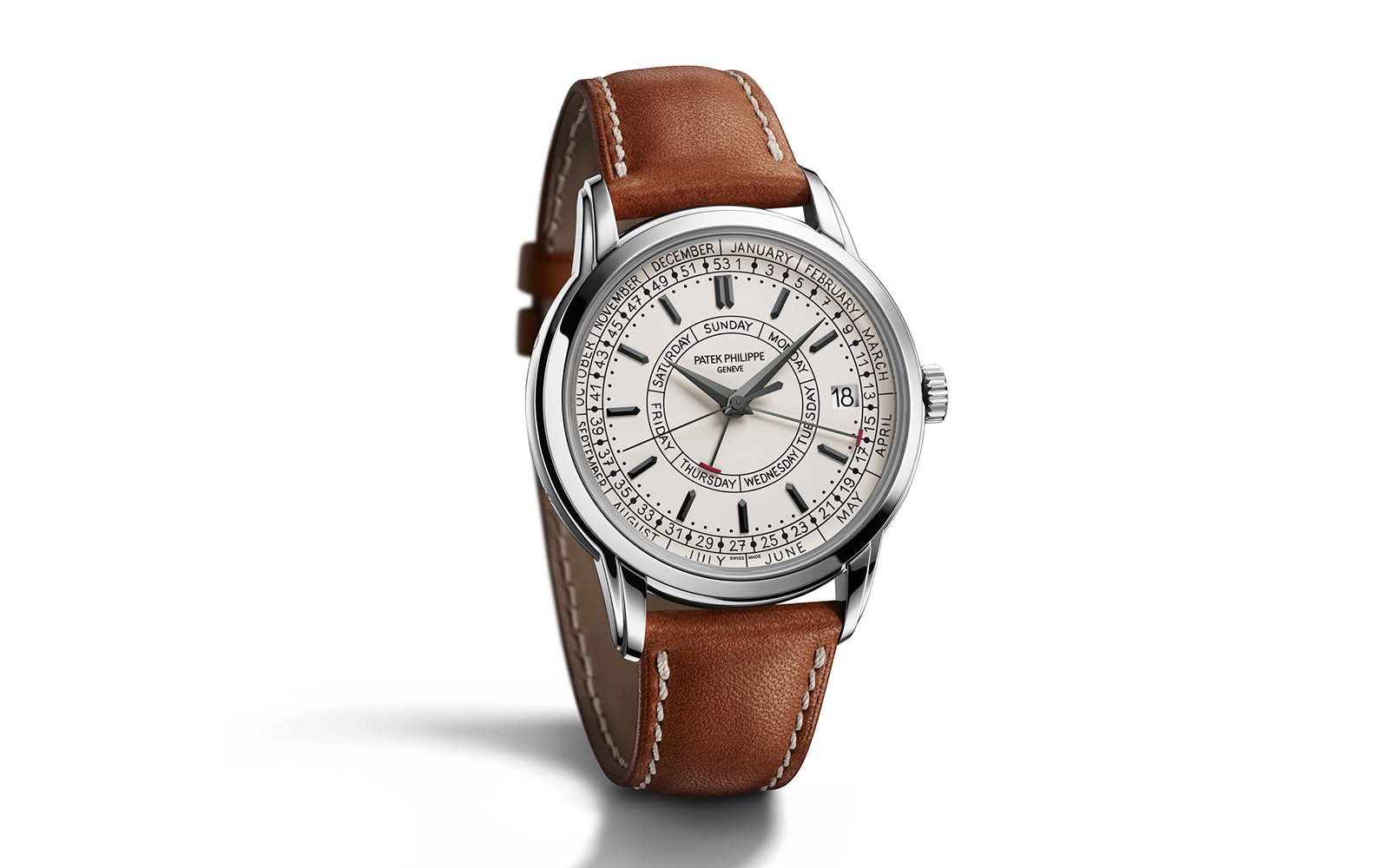 Patek Philippe has played a defining role in the development and evolution of calendar watches, with the annual calendar being one of the brand’s signature complications. But at Baselworld 2019 Patek Philippe unveils its most unusual calendar complication in the current line-up – the Calatrava Weekly Calendar ref. 5212A.

The Calatrava Weekly Calendar a vintage-flavoured piece which, according to the Patek Philippe, was loosely inspired, at least in terms of case styling, by the one-of-a-kind, extra-large ref. 2512/1 (sold by Sotheby’s for almost US$1m) that was made in 1955, hence the new model reference being an anagram of “2512”.

Not only is the new ref. 5212A one of the rare few Calatrava models with a steel case, the watch also displays the week number, something only widely used in some Asian and European countries, notably Germany. That is in addition to the conventional day and date. The Calatrava Weekly Calendar has a silvery opaline dial with five centrally mounted hands, making it a complex looking watch despite its mechanical simplicity. A hammer-tipped hand indicates the day of the week on the innermost scale while another points to the week number and month on two concentric scales located the periphery of the dial. It’s certainly quirky; and a further quirk, perhaps, is the typeface used for the calendar. Not only it is entirely new, the font is based on the handwriting of one of the brand’s designers. The case has a diameter of 40mm, stands 11.18mm high, and is fitted with a box-type sapphire crystal.

More notably, it is in stainless steel, a metal typically reserved only for sports watches like the Nautilus, or limited editions.

Like other recent Patek designs, particular attention has been paid to the double-stepped lugs. They immediately evoke the cases of vintage Patek Philippe watches made by Emile Vichet, including the vaunted ref. 2499. That being said, the vintage ref. 2512/1 that inspired the Calatrava Weekly Calendar had a case made by Ed. Wenger. The watch is powered by the self-winding cal. 26-330 that is based on the cal. 324. And the calendar mechanism is semi-integrated, rather than a discrete modular addition.

The calendar mechanism comprises 92 additional components, and boasts several other notable features beyond the calendar. To eliminate friction, the driving wheel for the seconds hand is made of nickel-phosphorous alloy and fabricated via the LIGA etching technique.

Because LIGA allows for extremely precise yet intricate forms on a microscopic scale, the wheel features a unique geometry, with long slotted teeth and an anti-backlash spring that engages the second pinion teeth to suppress vibrations of the seconds hand. In short, it means less play in the seconds hand when it ticks along. Additionally, the movement also has a stop seconds mechanism that boasts better precision when the crown is pulled for time-setting, as well as an improved self-winding mechanism with a patented clutch wheel that winds the barrel in one direction and uncouples it in the other.

The Patek Philippe Ref. 5212A Calatrava Weekly Calendar is priced at 29,500 Swiss francs.