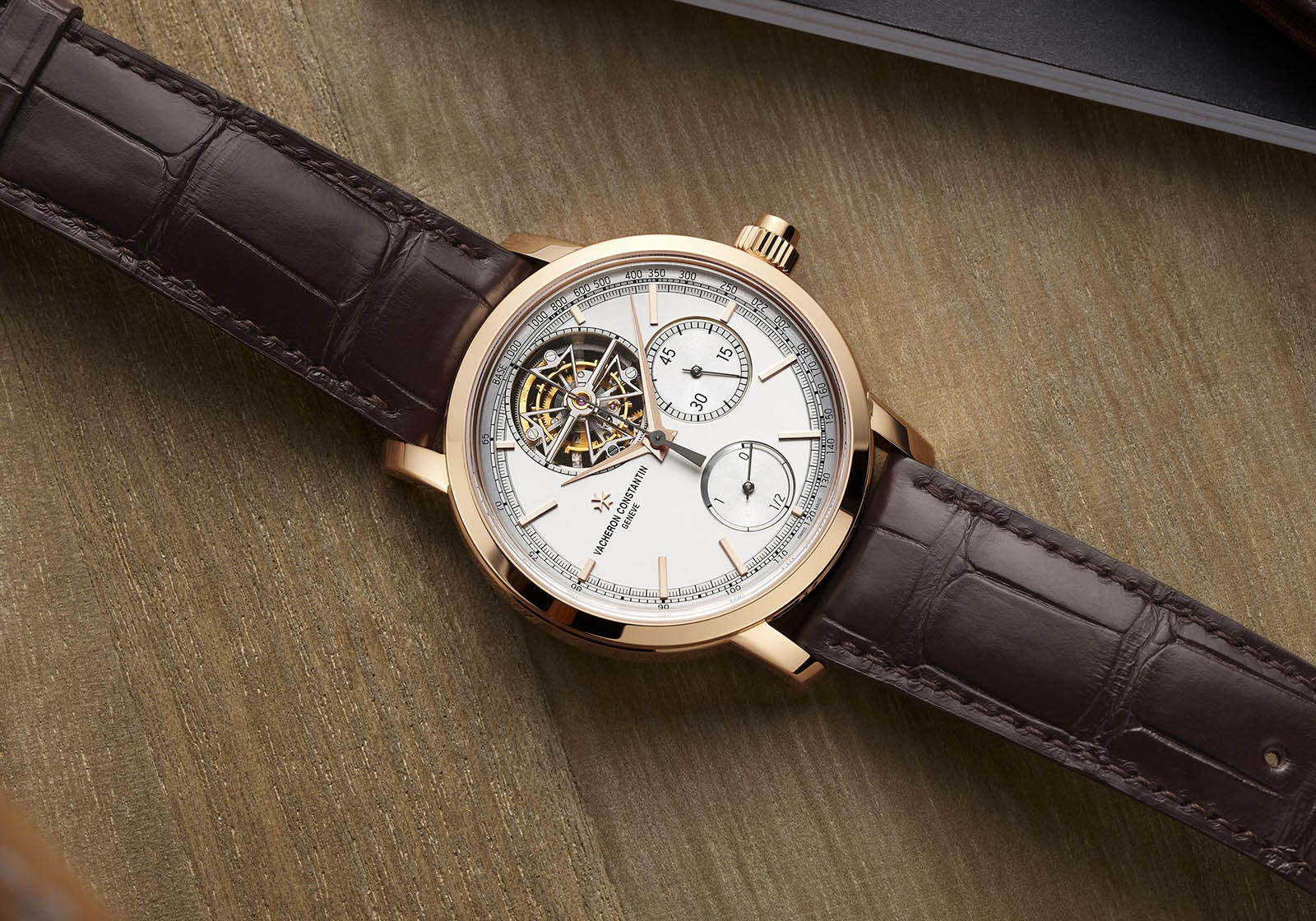 Vacheron Constantin’s hand-wound chronographs are, for the most part, powered by either the Lemania-based cal. 1142 or the mono-pusher cal. 3300 that was developed in-house. Freshly unveiled at Watches & Wonders 2020, the Traditionnelle Tourbillon Chronograph belongs in the latter camp.

Notably, the new tourbillon-chronograph is powered by the same movement that was last seen in 2015 inside the Harmony Tourbillon Chronograph made to mark the 260th anniversary of the brand. The in-house movement combines a mono-pusher chronograph with the brand’s signature Maltese-cross tourbillon and was absent from the line-up for several years, but now it returns in fine form. 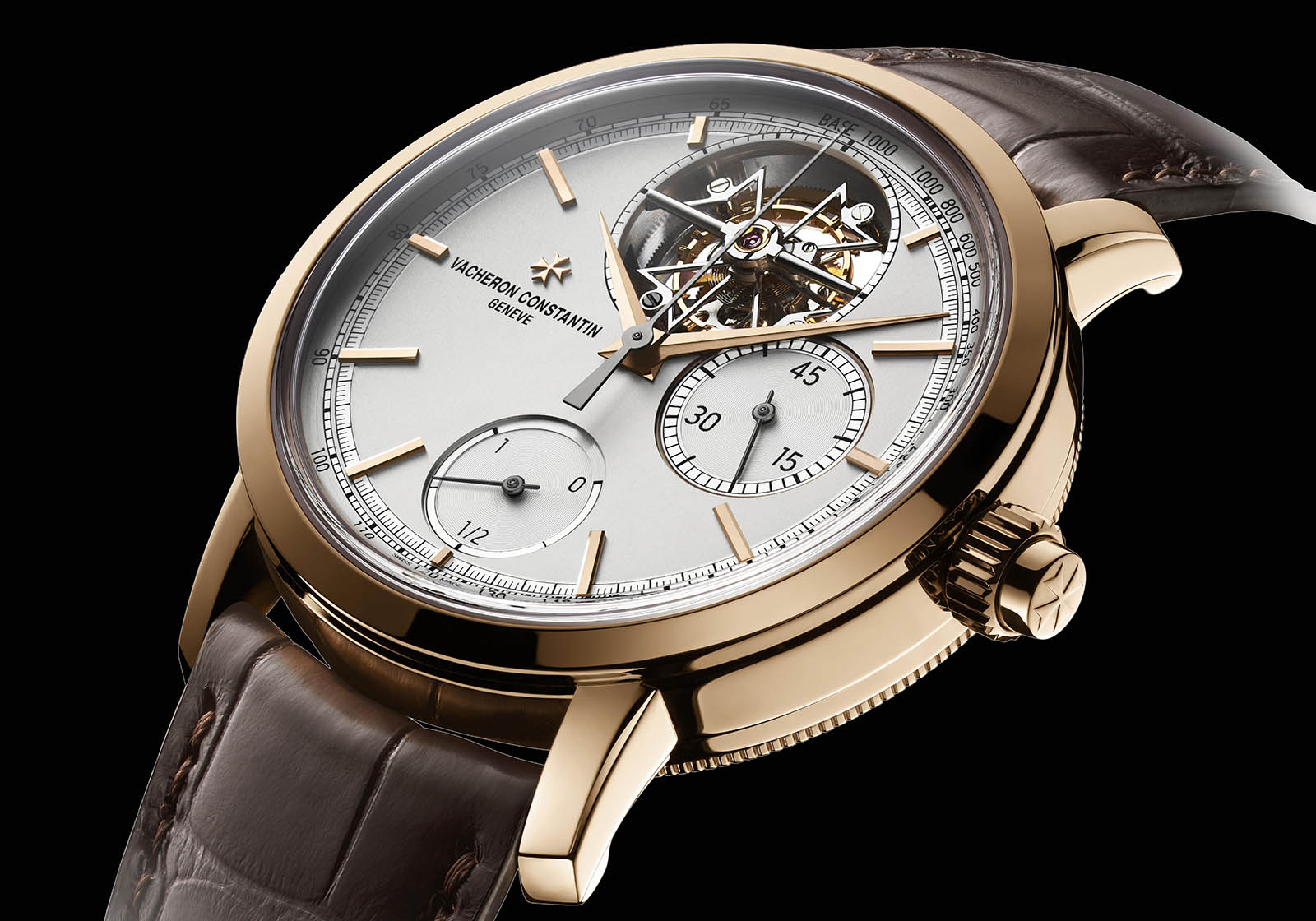 While the Harmony was a cushion shape, the Traditionnelle Tourbillon Chronograph is conventionally round in form. Entirely polished, the case is in pink gold and measures 42.5 mm across and 11.7 mm high, making it large but fairly slim.

The silver dial with a tachymeter scale is characterised by a rather unusual, asymmetric layout, with the tourbillon at 12 o’clock, 45-minute chronograph counter just below, and a small power reserve indicator at six. 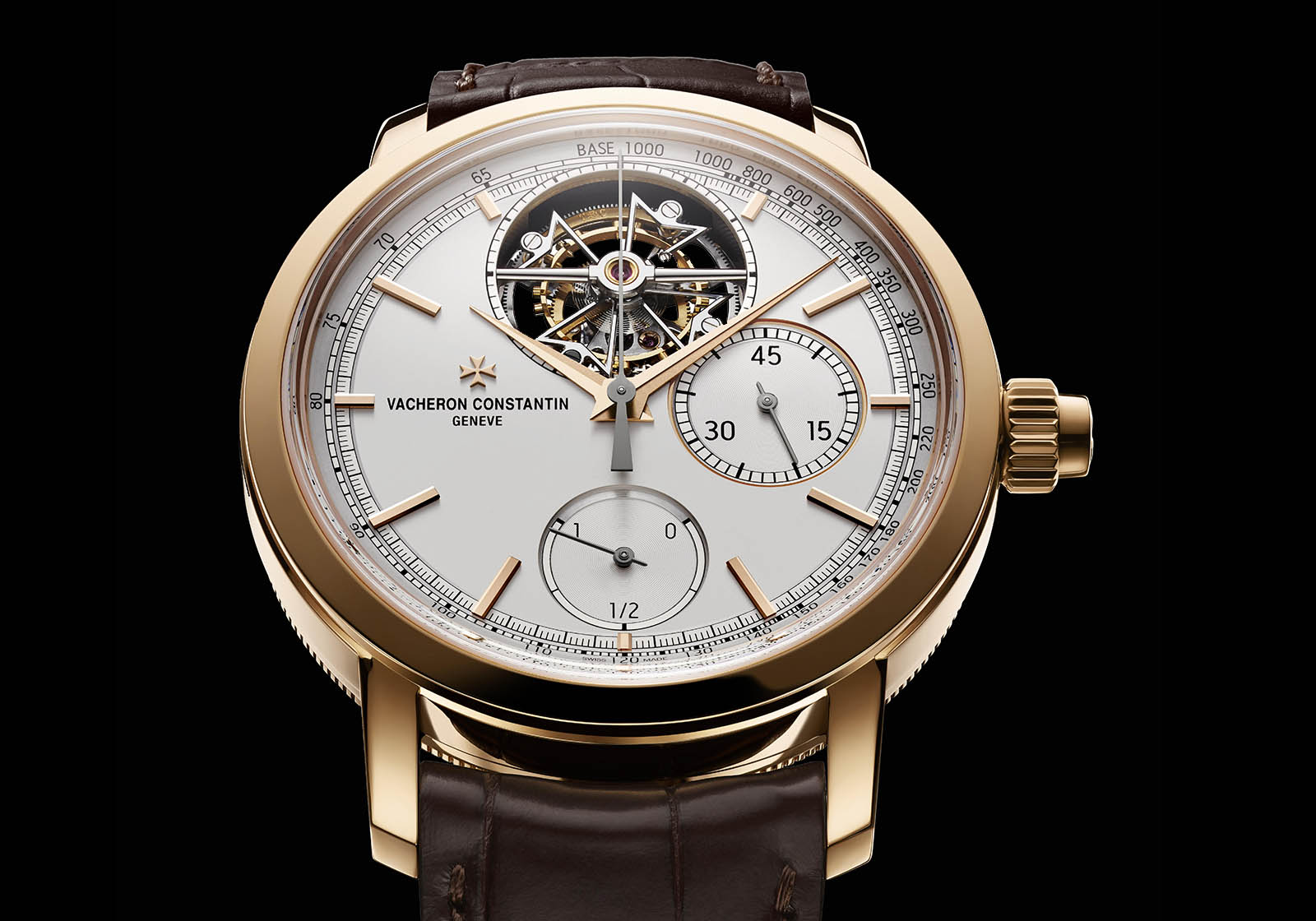 Inside is the cal. 3200, which is identical to movement inside the Harmony Tourbillon Chronograph, with one difference –  this lacks the gilded and engraved tourbillon bridge that was unique to the 260th anniversary watches. Instead the tourbillon here is secured on the back by a simpler brass bridge decorated with Cotes de Geneve. But as is traditional, the bridge on the front is the fancy one: the tourbillon is held in place by a rounded, black-polished bridge. 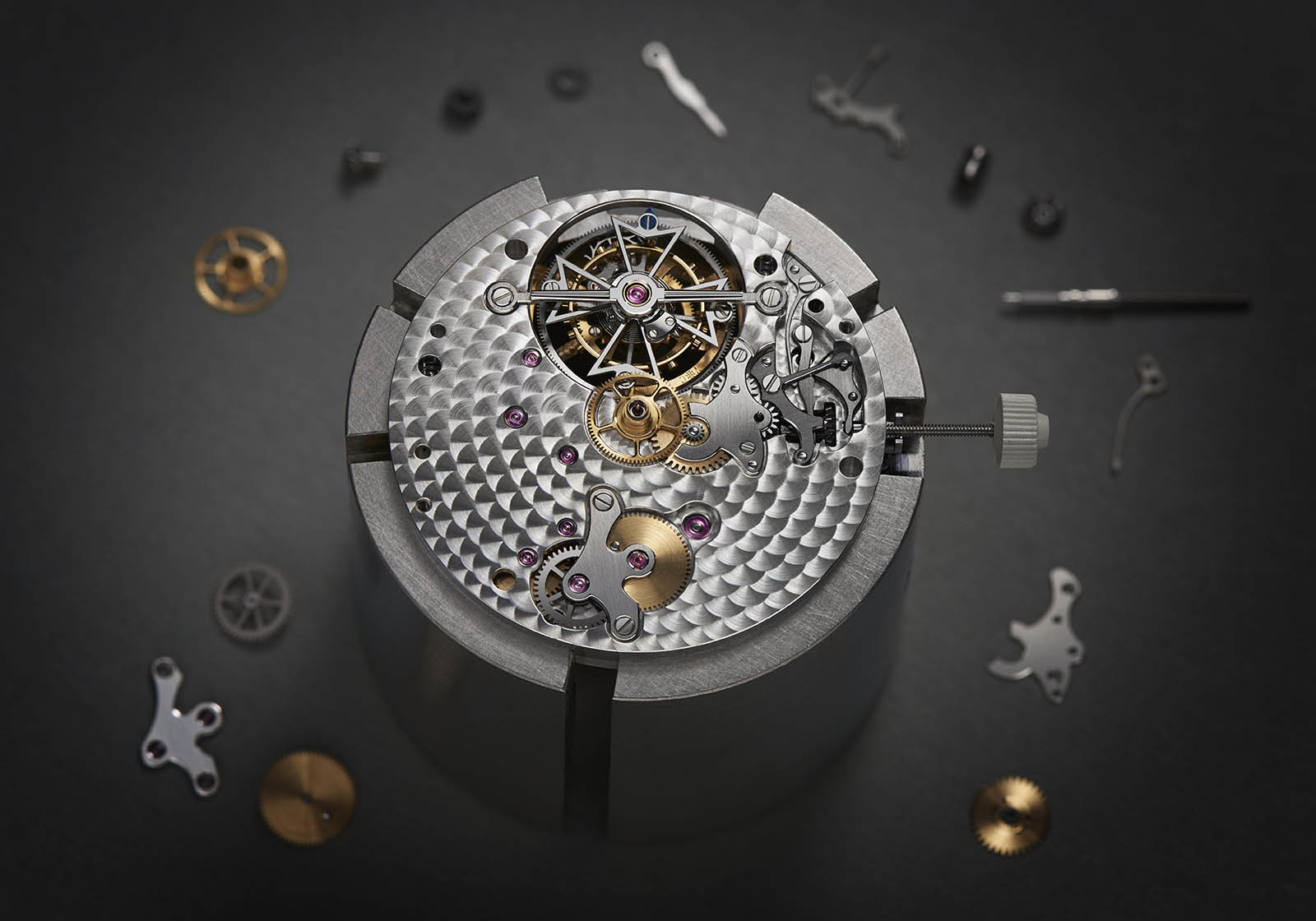 The tourbillon cage is as it always is in a Vacheron Constantin watch, shaped like a Maltese cross and finished with mirror-polished surfaces and prominent, polished bevels.

As with many of the brand’s tourbillons, it appears unencumbered and airy because of its construction. The cage is driven by a wheel on its periphery rather than a conventional pinion underneath. This reduces the overall height of the tourbillon while also ensuring that it allowing space for the chronograph mechanism. 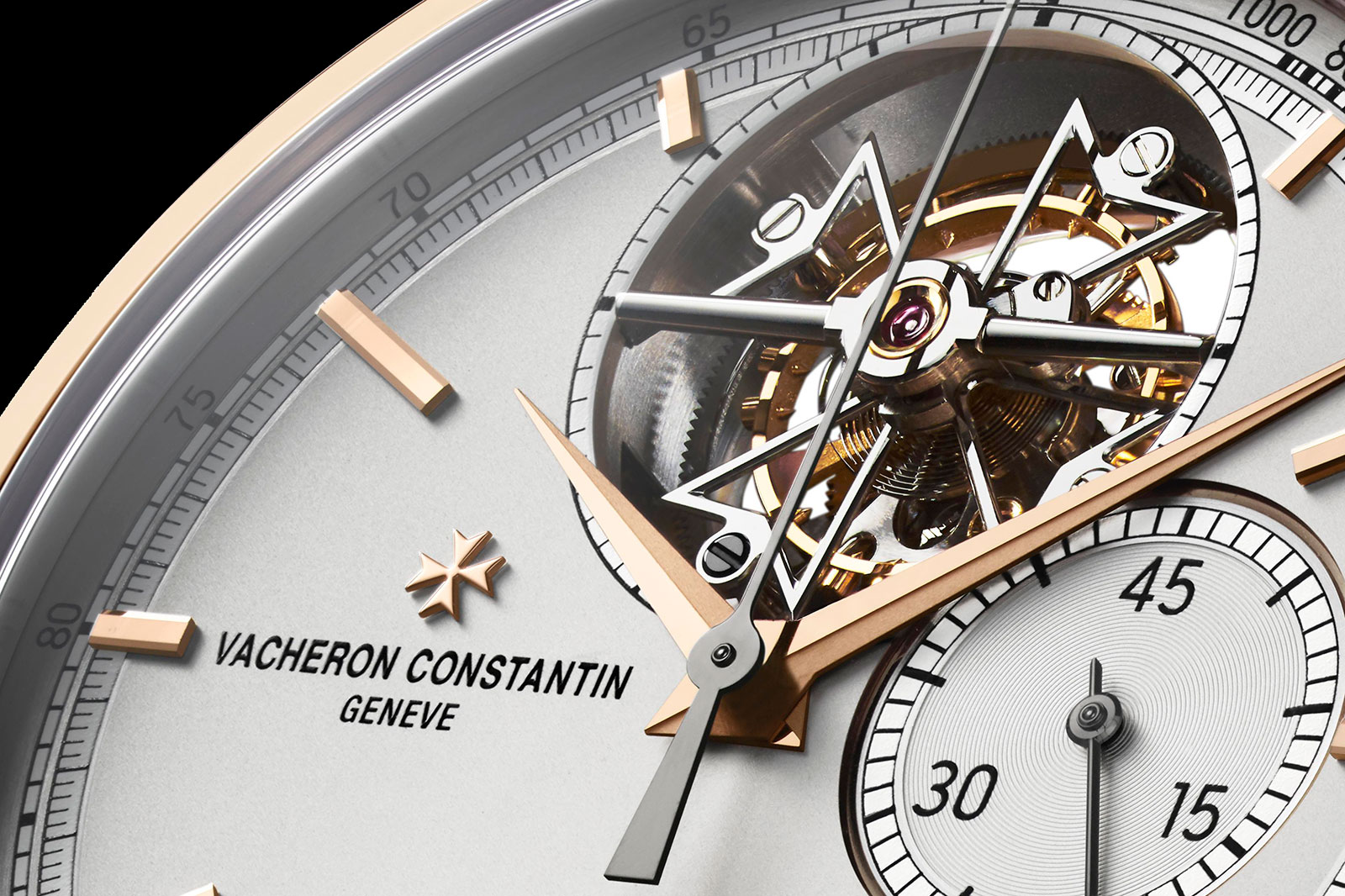 While the chronograph appears to have a classical construction with a horizontal clutch, it actually has an innovation with the clutch system. The intermediate clutch wheel has two levels – the upper wheel in brass, and the bottom in steel with Maltese cross-shaped spokes – that are held together by friction, so they can slip when a driving force is applied.

At the same time, the minute counter of the chronograph is of a continuously-sweeping variant, instead of the semi-instantaneous jumping type commonly found on horizontal clutch chronographs. 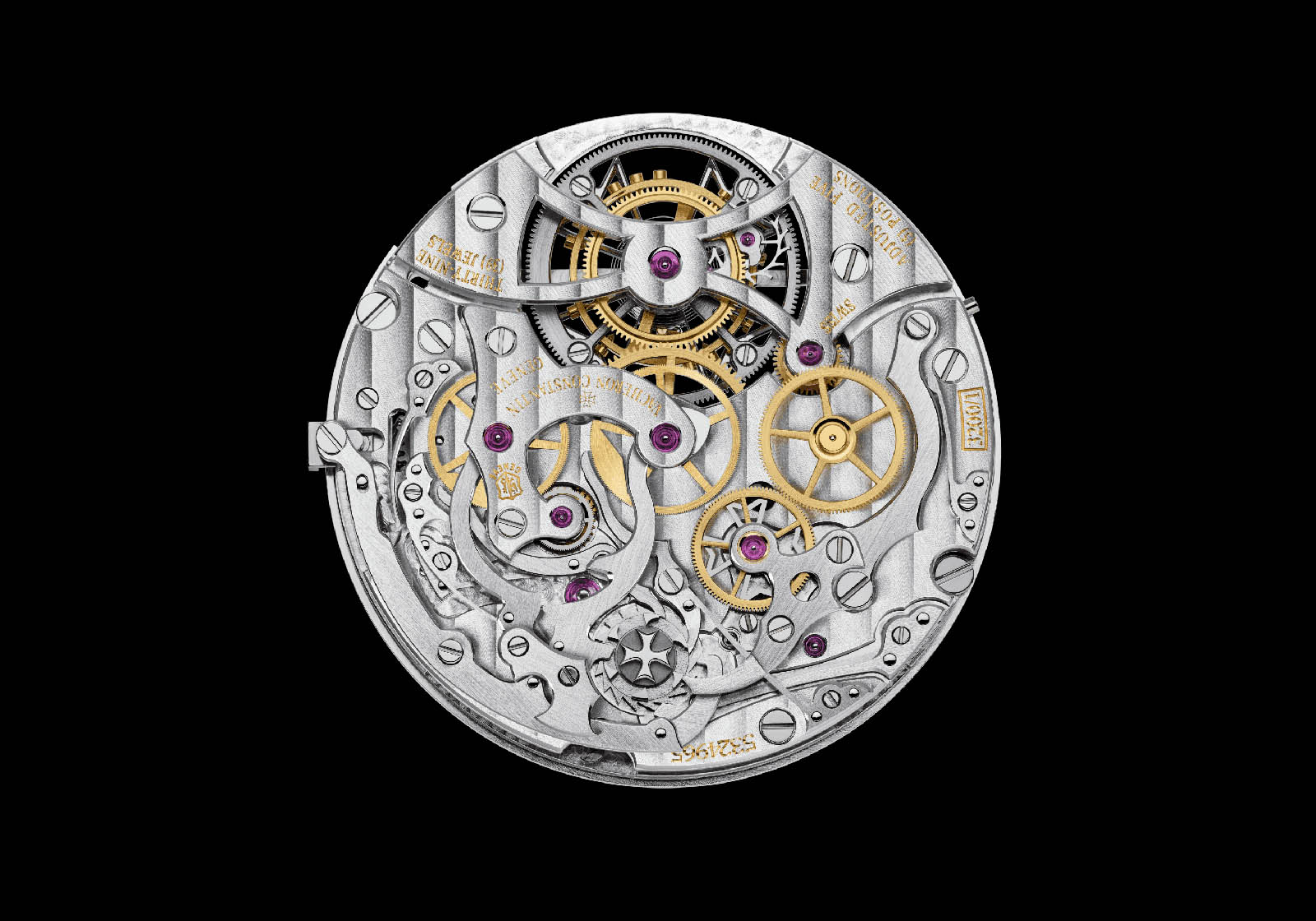 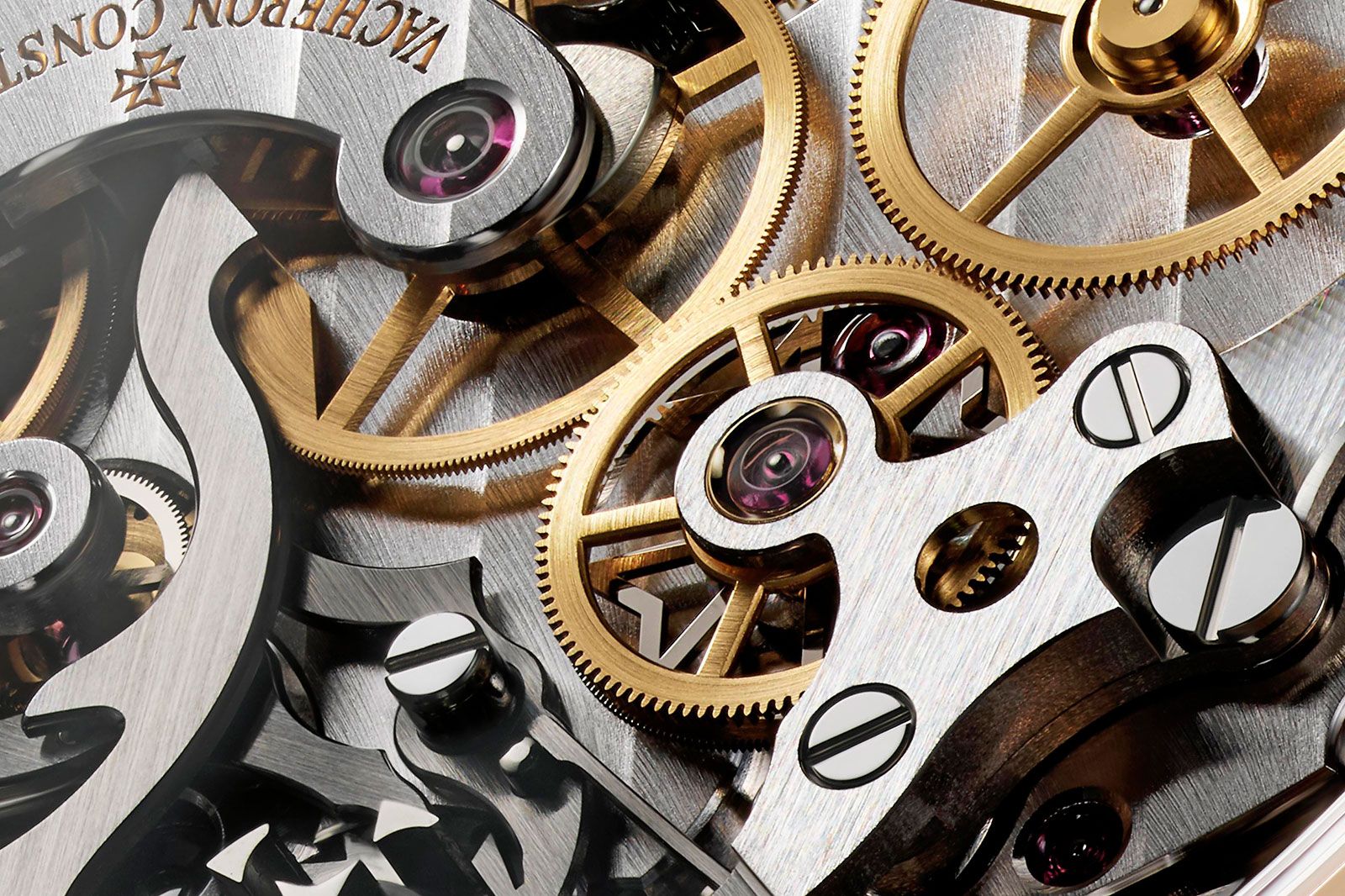 The two-level wheel of the horizontal clutch

Despite the novel details in the chronograph construction, the movement is still finely finished in the usual traditional style of the brand. The bridges, for instance, are decorated with Geneva stripes and polished bevels that incorporate numerous inward angles, particularly on the massive tourbillon lower bridge. 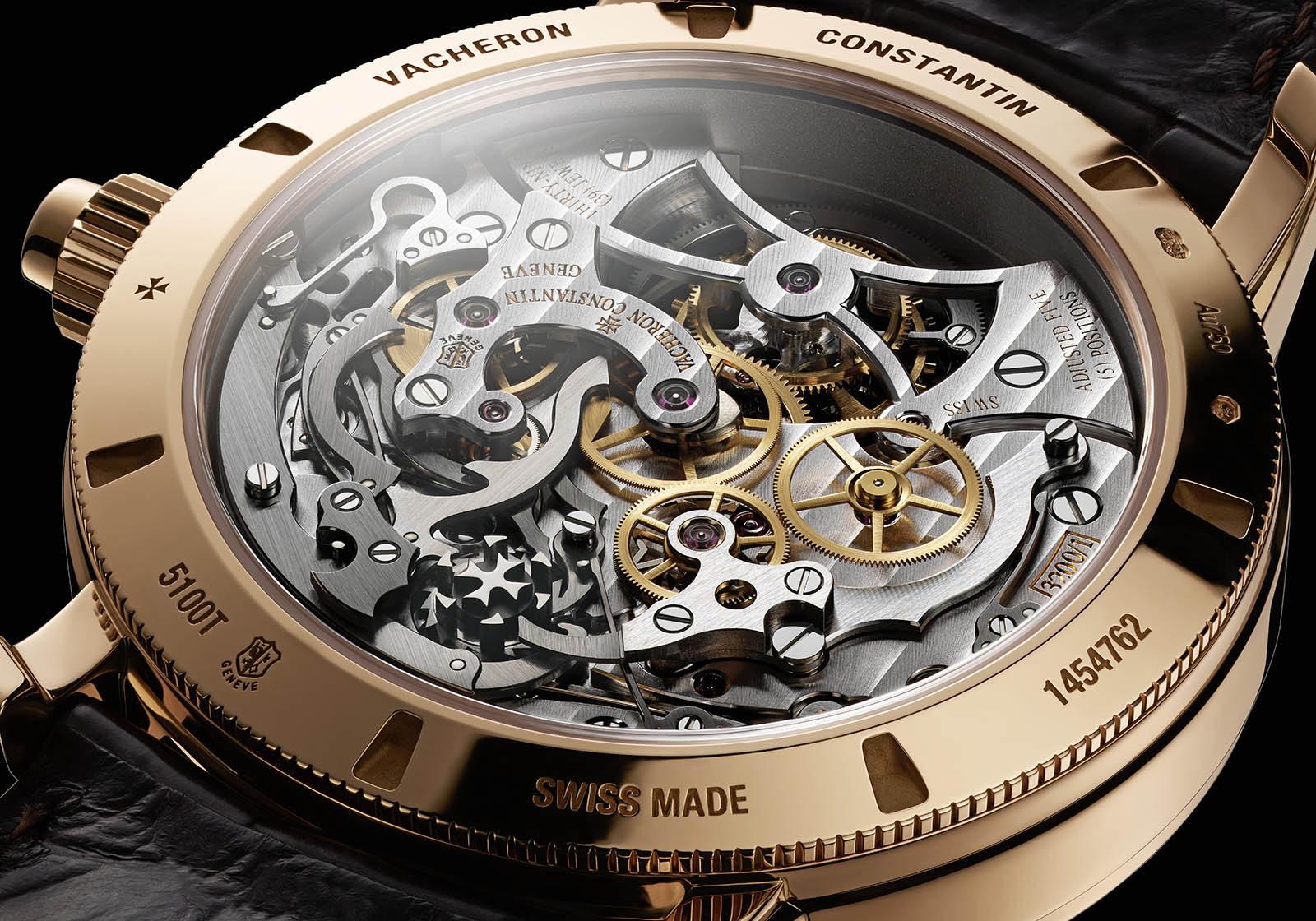 The golden dragon returns to the wrist after an absence.