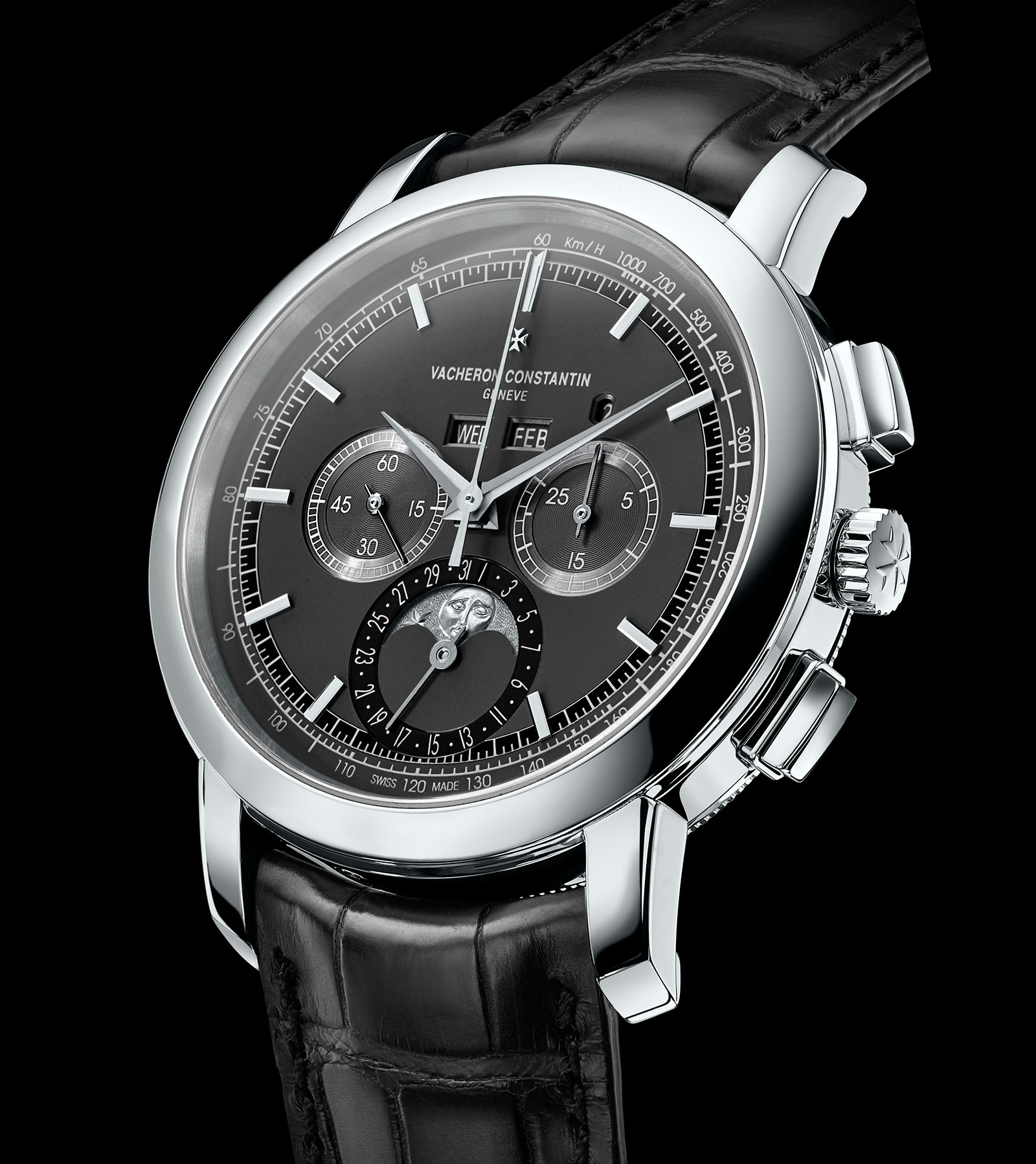 Keeping the same design, the new Vacheron Constantin Traditionnelle Chronograph Perpetual Calendar in platinum has nonetheless been substantially improved now that it has the calibre 1142 QP inside.

First used on the retro Cornes de Vache chronograph, the calibre 1142 is a variation of the calibre 1141, a movement based on the Lemania 2310 that Vacheron Constantin used since the 1980s and found on the earlier Traditionelle chronographs. The sharp eye will realise that this is the same calibre found in the Patek Philippe refs. 3970, 5070 and 5970, though the chronograph mechanism in those has been significantly reshaped.

While the first generation 1141 was almost identical to a stock Lemania movement, the upgraded 1142 has a two key improvements, namely the free-sprung, screwed balance wheel beating at 21,600 beats per hour (instead of 18,800 bph). That aside, the perpetual calendar mechanism identical, as is the dial design. It’s a traditional chronograph perpetual calendar layout, though the size of the watch – the case is 43mm in diameter – means the sub-dials and calendar windows are small and clustered in the middle of the dial. One charming detail that Vacheron Constantin has retained from earlier models is the alternately smiling and frowning face on the moon which is on a disc of 22k white gold. Available starting the last quarter of 2016, the Traditionnelle Chronograph Perpetual Calendar in platinum is priced at US$150,000 or S$230,300.