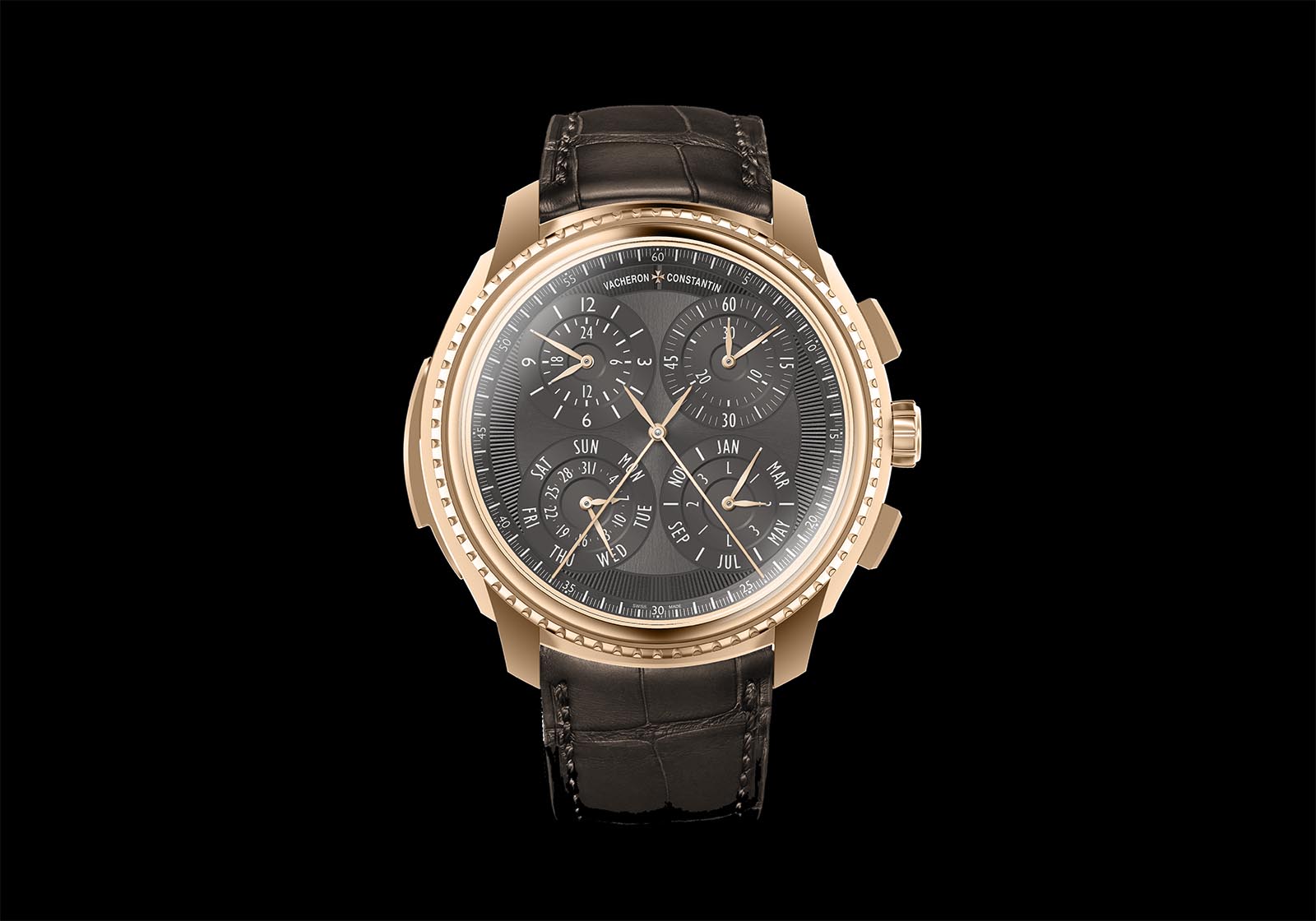 Without going into the minefield of what counts as a complication; the new Grand Complication incorporates 24 complications, if each function counts as one – with everything displayed on a massive, two-faced case.

In addition to showing the time, the Grand Complication includes a minute repeater, tourbillon, perpetual calendar, split-seconds chronograph as well as a number of astronomical indications including equation of time, sunrise and sunset times, plus a retrograde moon phase. 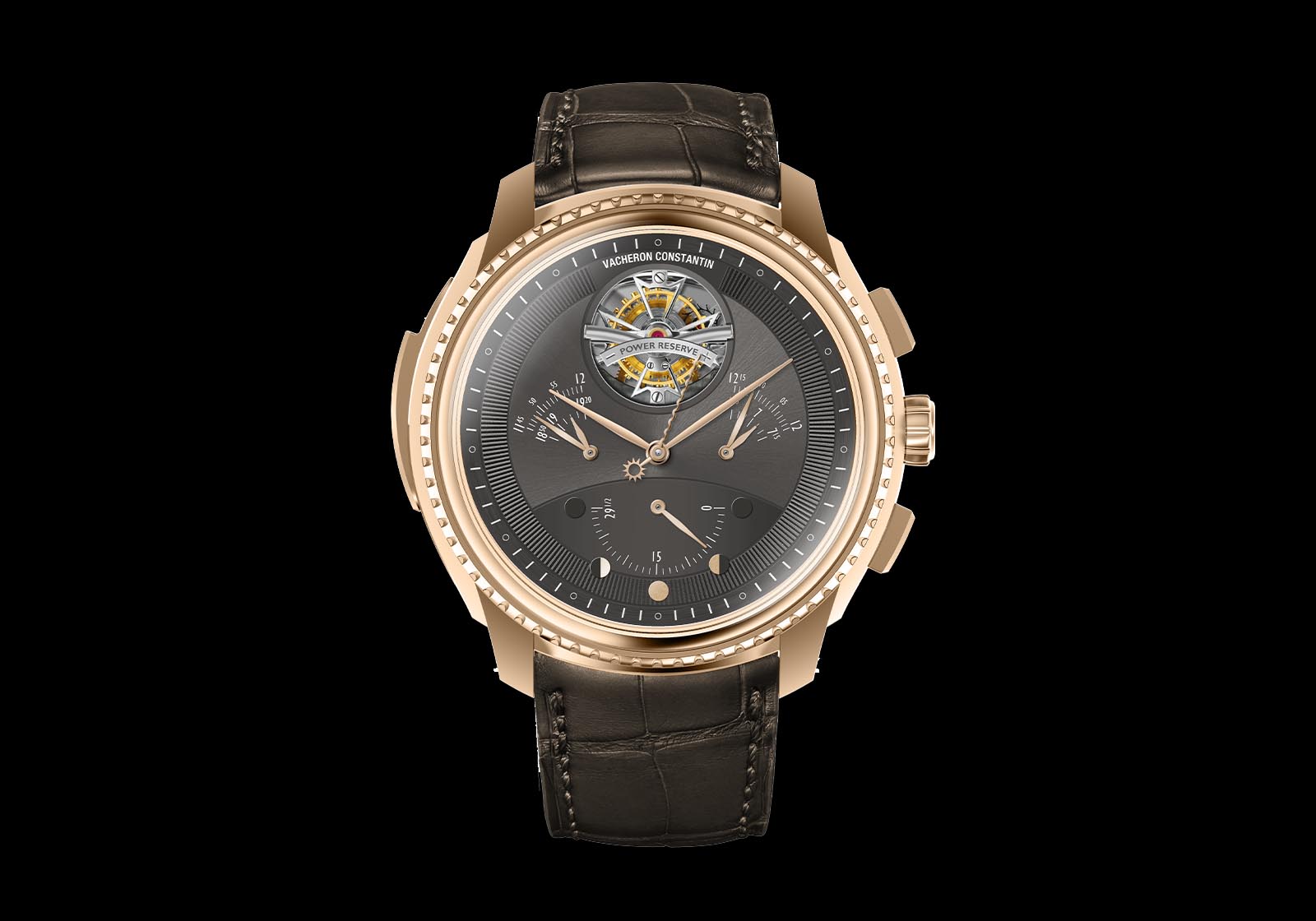 Unsurprisingly, the case is enormous – 50 mm wide and 21 mm high.

But it is intriguingly designed – perfectly symmetrical in profile, the case allows the watch to be worn with either side facing up thanks to a quick-release strap. Swapping faces is a matter of unlatching the strap, flipping the watch over, and reinstalling the strap. 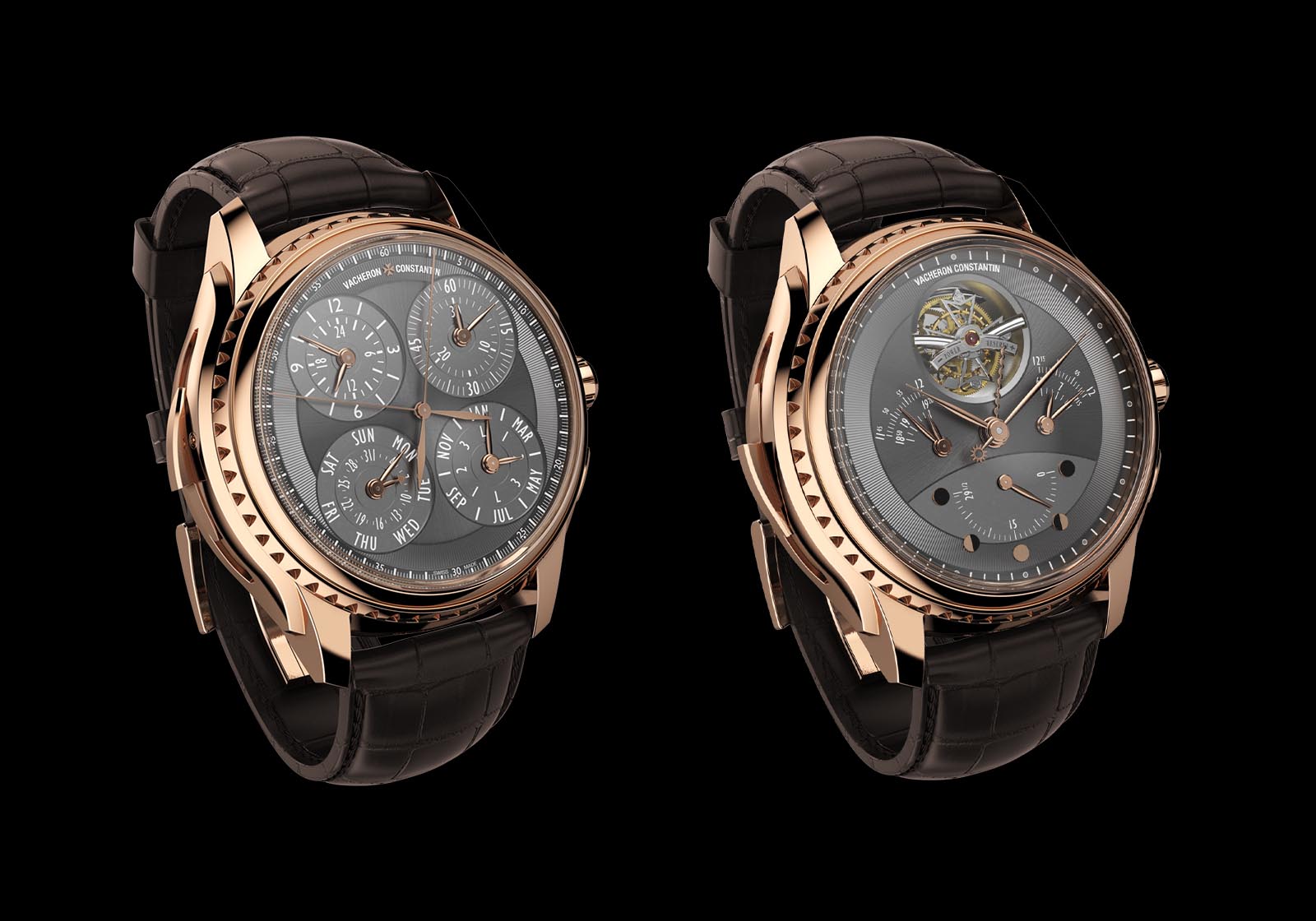 Time, chronograph and perpetual calendar on the front; tourbillon, running Equation of Time, retrograde moon phase and times for sunrise and sunset on the back

Inside is the cal. 2756, which is derived from the cal. 2755, a movement first found in the Traditionnelle Calibre 2755 grand complication that has since been iterated into even more complicated variants with the addition of modules on top.

In this new Grand Complication, the cal. 2755 grows even more complex and thicker than the already-complicated versions before. Two more movement modules are stacked on the base movement, adding on the chronograph and perpetual calendar respectively, creating a movement made up of 1,163 parts in all.

But despite everything that’s been built on top of the calibre, the cal. 2756 still offers a longish 65-hour power reserve thanks to single but large mainspring barrel. 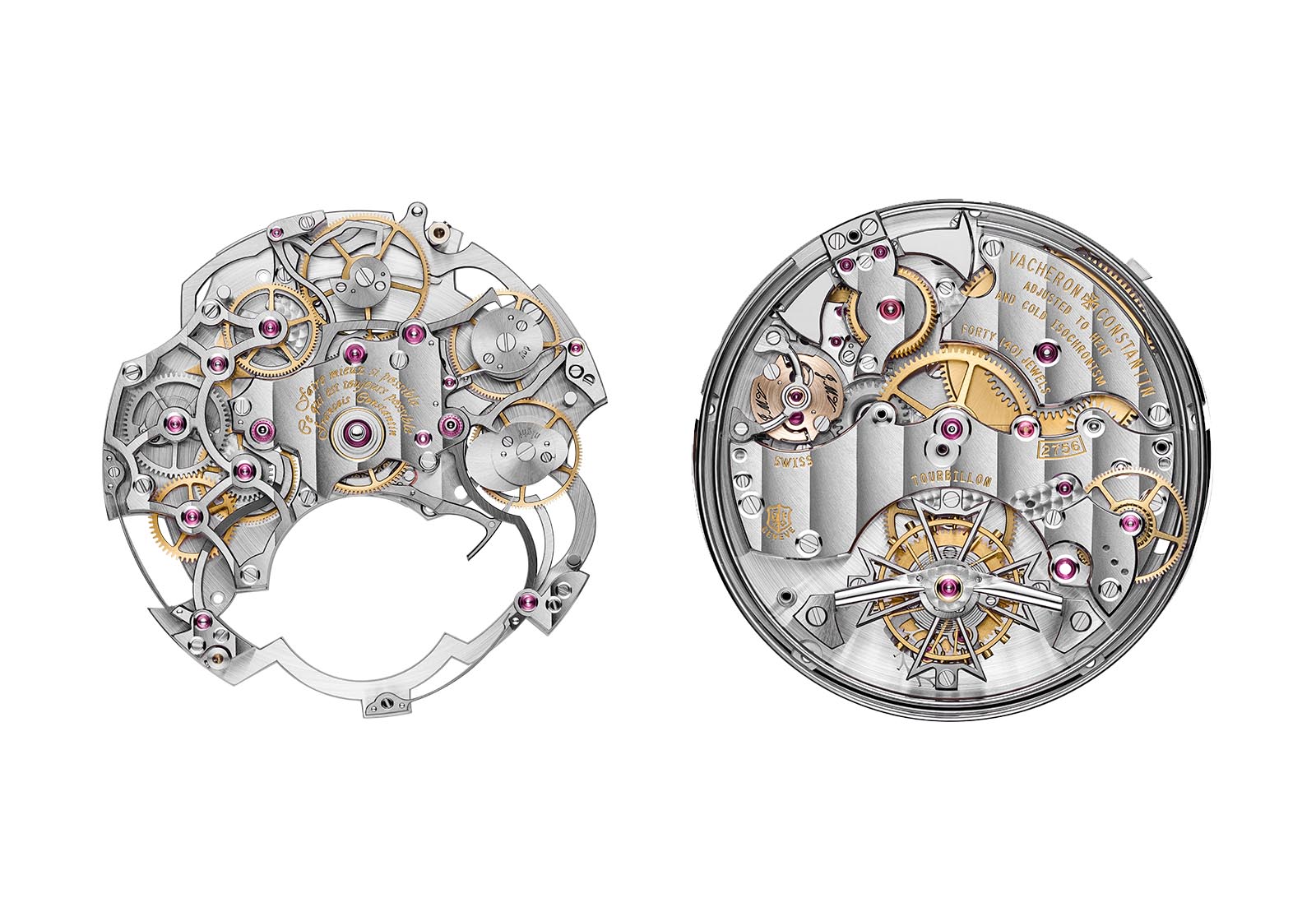 A module for the cam-driven, astronomical displays (left) that’s mounted on top of the base movement with tourbillon and minute repeater (right) 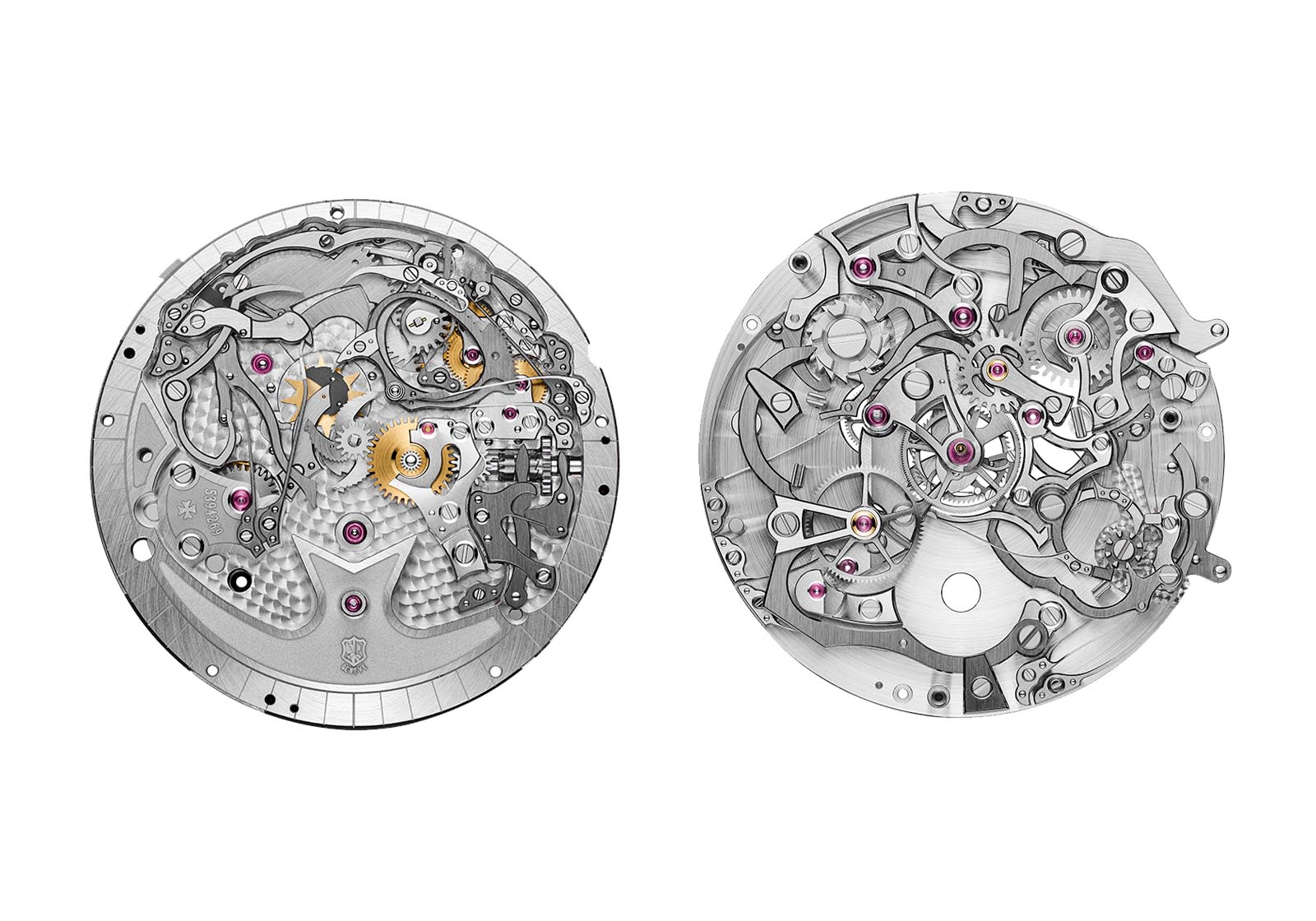 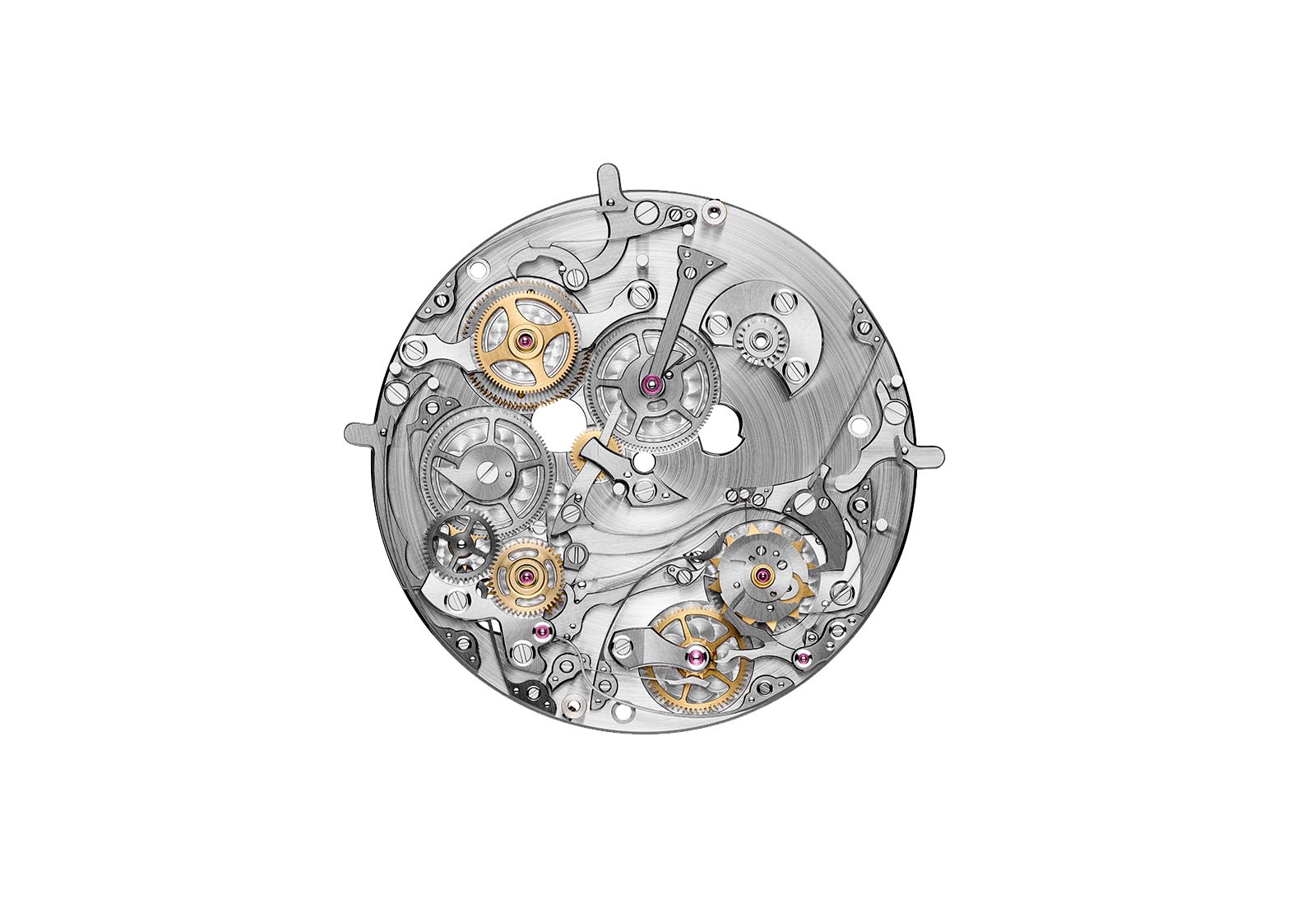 Unsurprisingly, the dial of the watch is almost impractically complicated.

The front of the watch is characterised by four registers laid out symmetrically, with the twin central hands being the split seconds hands. It is made up of the time display, chronograph, as well as calendar.

The upper registers are dedicated primarily to the time. The left sub-dial shows the hours of the time, as well an independent adjustable 24-hour scale that can be used as a second time zone. The register on the right displays the minutes of the time, along with the 30-minute counter of the chronograph.

Located at the bottom of the dial are the two registers for the perpetual calendar, with the day and date displayed on the left, the month and leap year on the right. 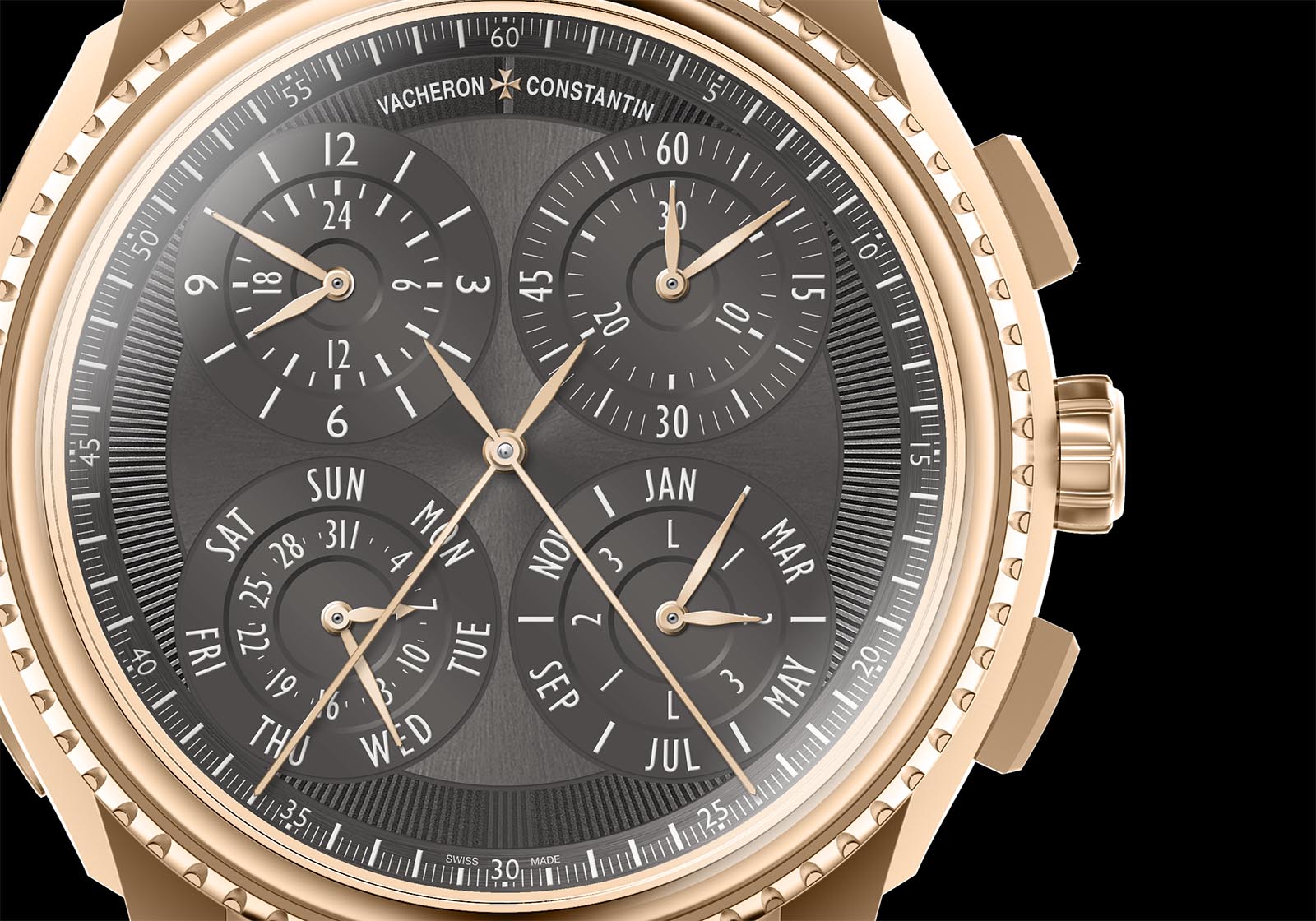 The back of the watch has all of the astronomical indications as well as the tourbillon, along with a secondary display of the time. Hours and minutes are indicated by a pair of leaf-shaped central hands, while the short, central hand with a sun-shaped tip displays the running equation of time. And a longer serpentine hand indicates the power reserve.

Lastly, the bottom of the dial features a retrograde display that indicates the phase of the moon with a pointer, which will be accurate to within a day after a millennium. 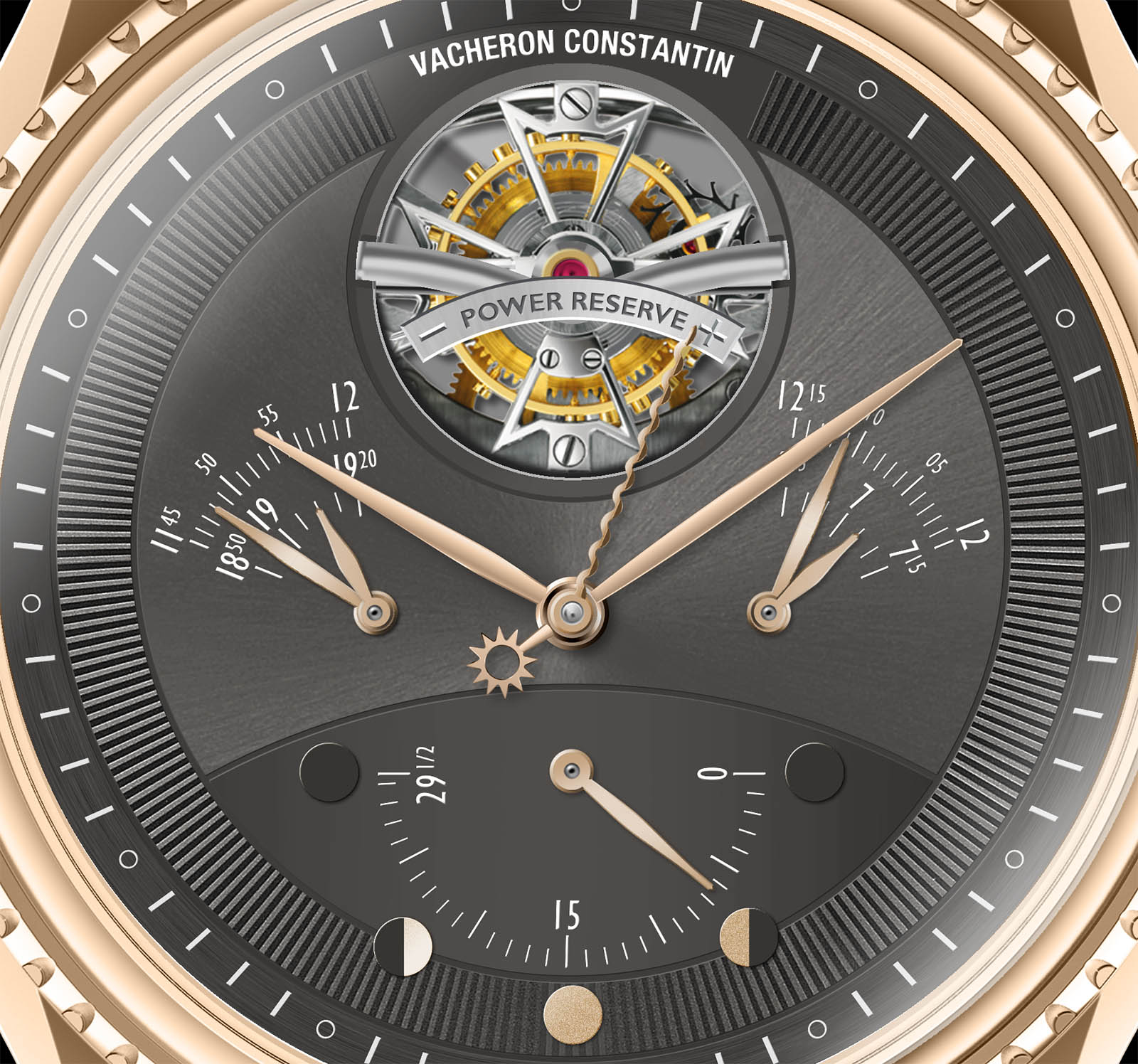