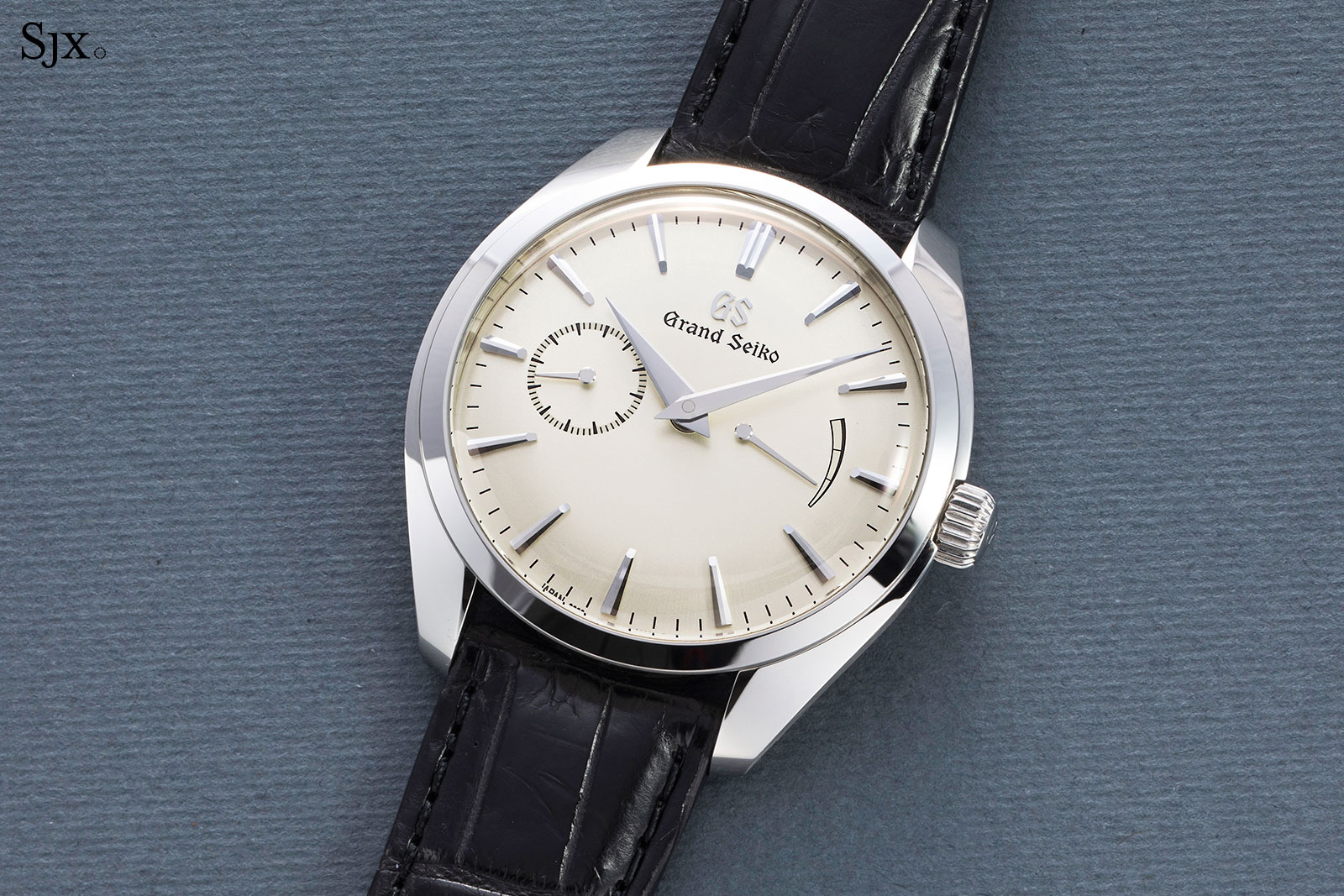 Grand Seiko’s newest design style – the “Thin Dress” – combines a slightly retro case and dial with the signature hallmarks of the brand like diamond-cut hour markers, while being original in that is not obviously based on a vintage Grand Seiko model.

Launched in early 2019 as part of the Elegance Collection, first with quartz and then mechanical models, the new design is used for the flagship Spring Drive SBGZ001 and SBGZ003 – magnificently-crafted watches that unfortunately start at US$57,000.

Fortunately, the line-up is diverse enough that it includes an entry-level, mechanical model with a robust price-to-performance ratio, the Elegance Collection “Thin Dress” SBGK007. 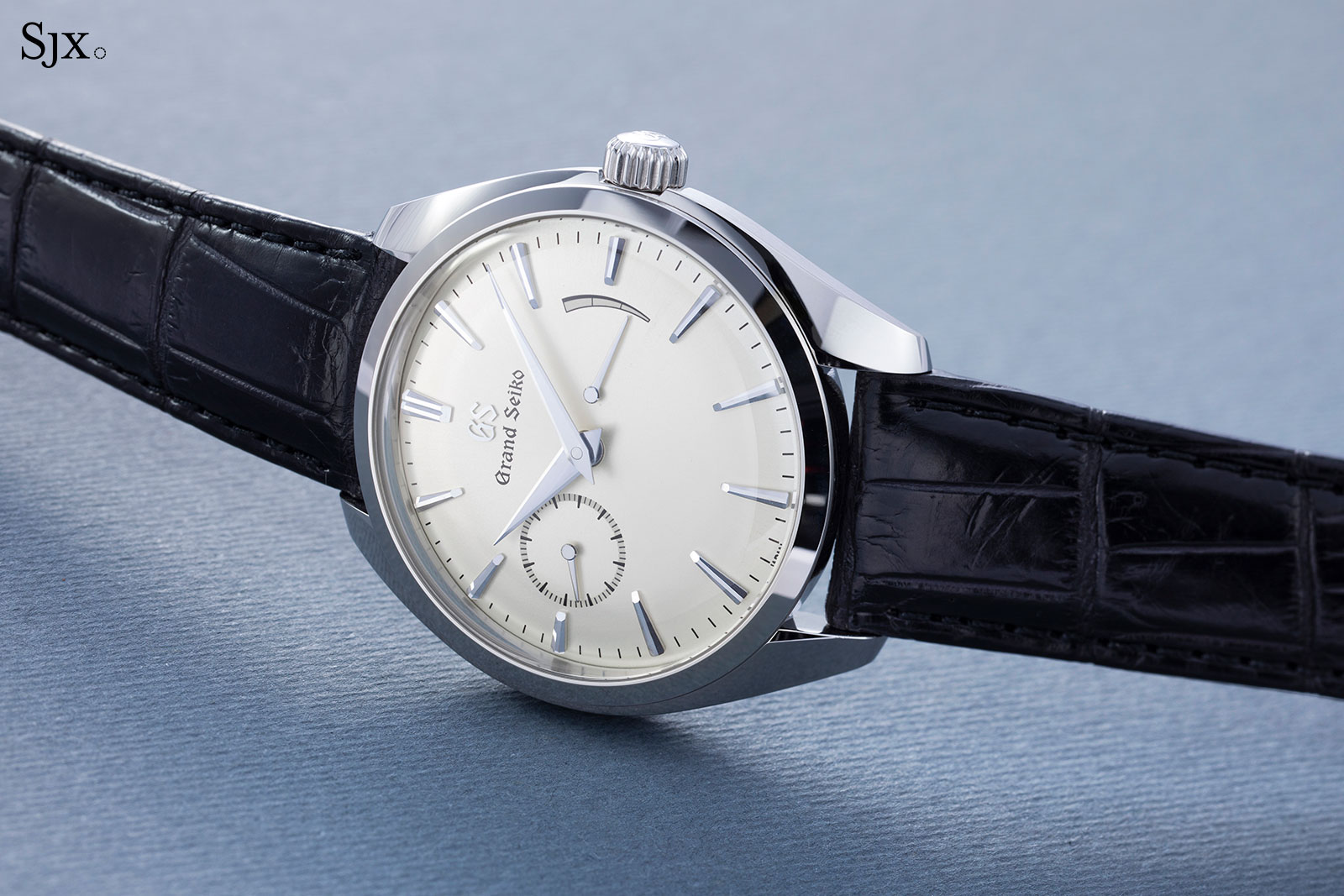 The SBGK007 is a compact, hand-wound wristwatch with a fairly minimalist design along with a handful of retro elements – in short, it is handsome and slightly vintage in feel.

And the SBGK007, along with the rest of the Elegance Collection, was designed after Grand Seiko was spun off from Seiko to create an independent brand. As a result, the watch was designed from the ground up as a Grand Seiko, and perhaps for that reason the dial feels more visually balanced than earlier models that had “Seiko” removed from the dial.

The SBGK007 is a compact watch, but sized very well, neither too big nor too small, measuring 39 mm in diameter and 11.6 mm high. Because of the case style and construction, it feels thinner than it measures, while also having a strong vintage vibe in its clean, fuss-free design. 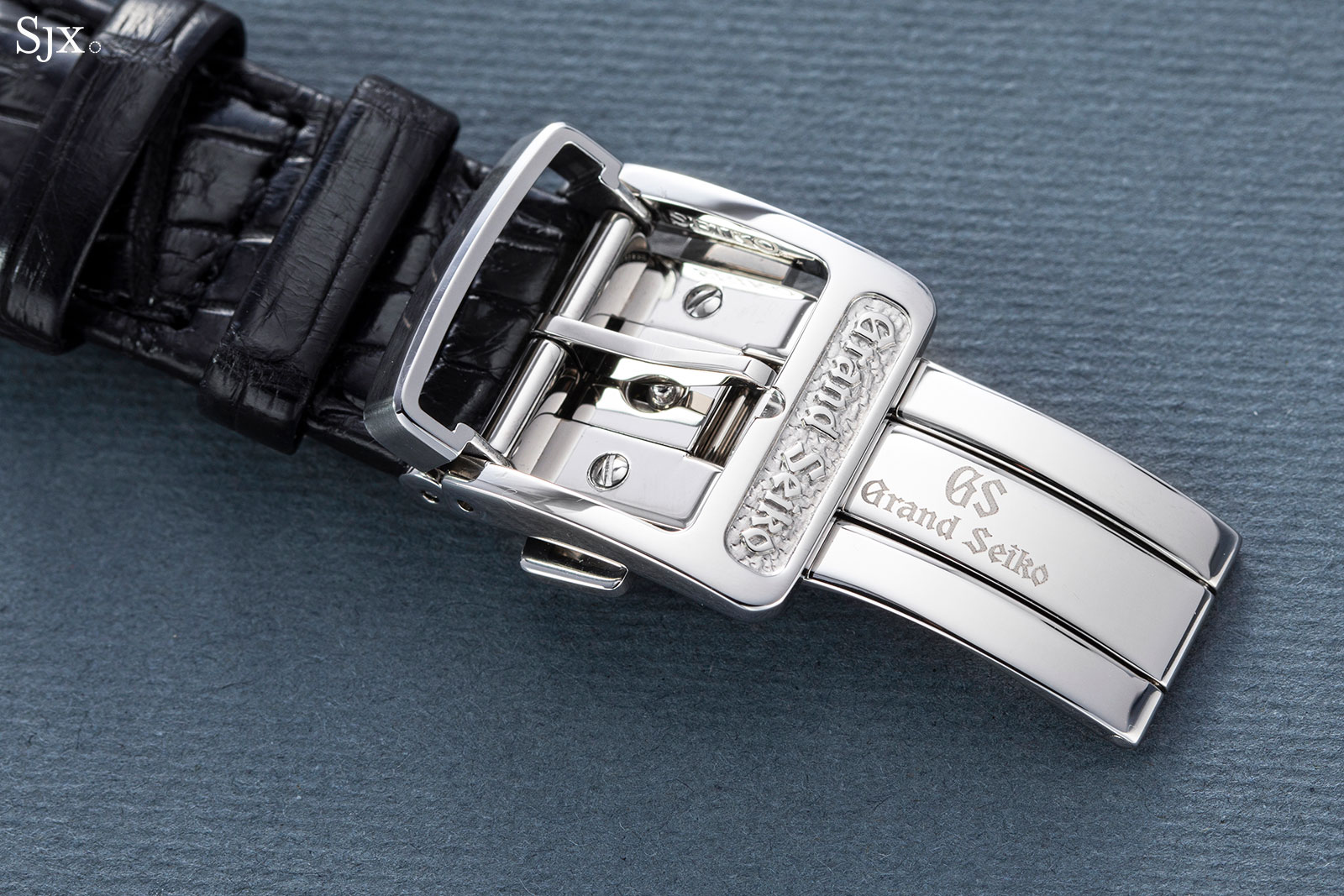 The retro vibe extends to the folding clasp, which is modelled on the vintage Grand Seiko buckle of the 1960s

The elements that create the retro feel are the short, flat lugs that curve downwards, as well as the domed crystal and dial.

Because the domed crystal and back are both relatively high, they accounts for a good part of the measured height of the case. 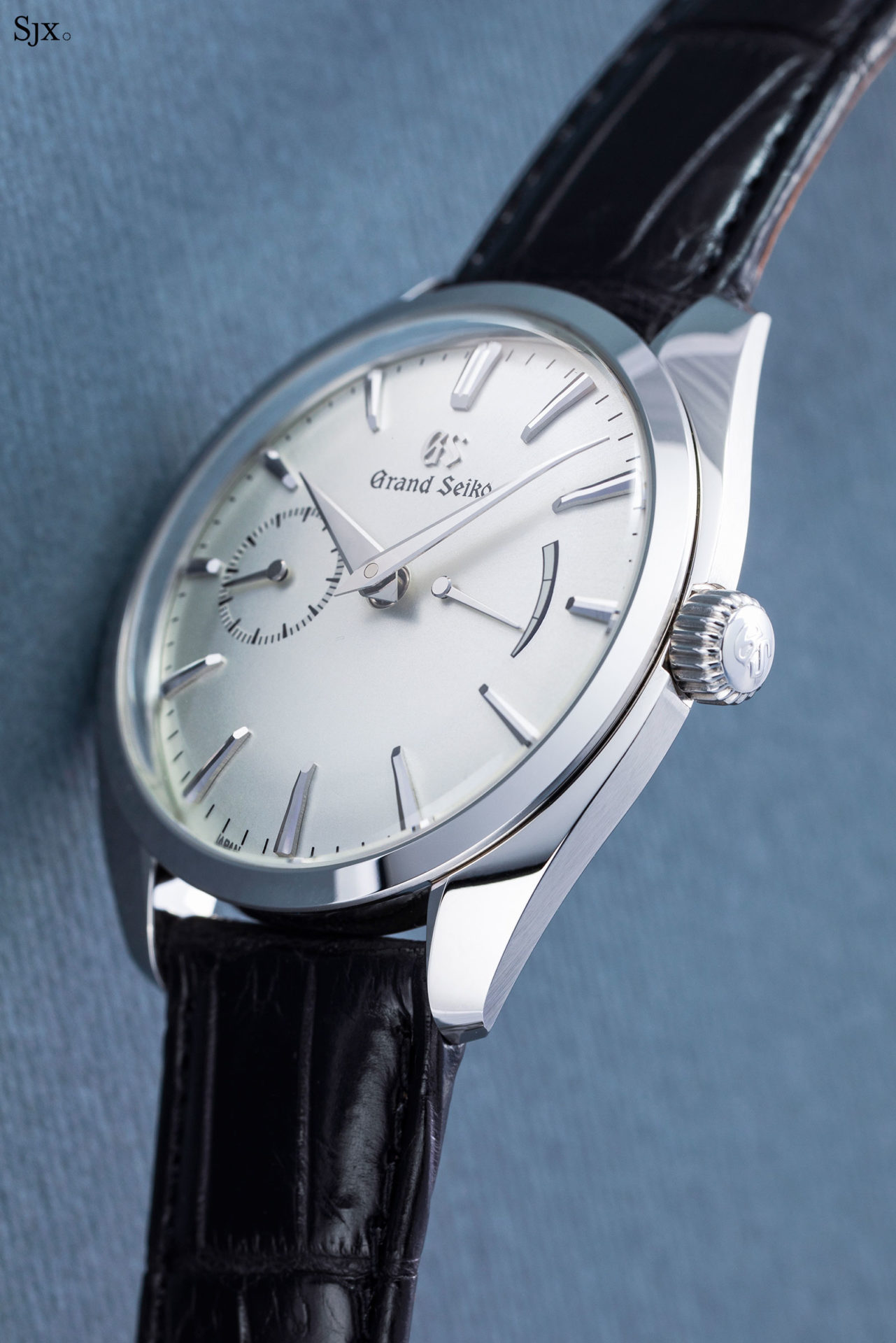 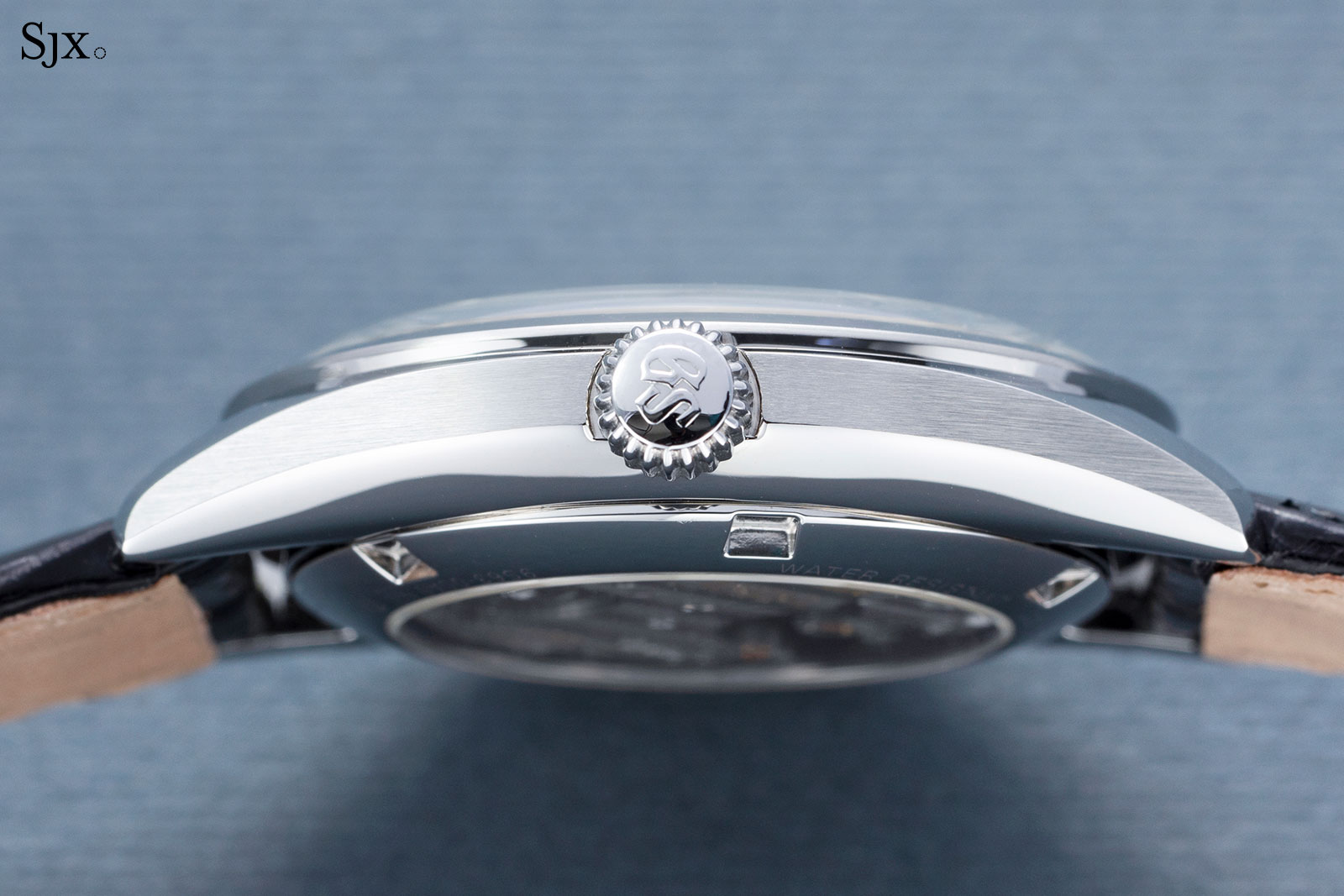 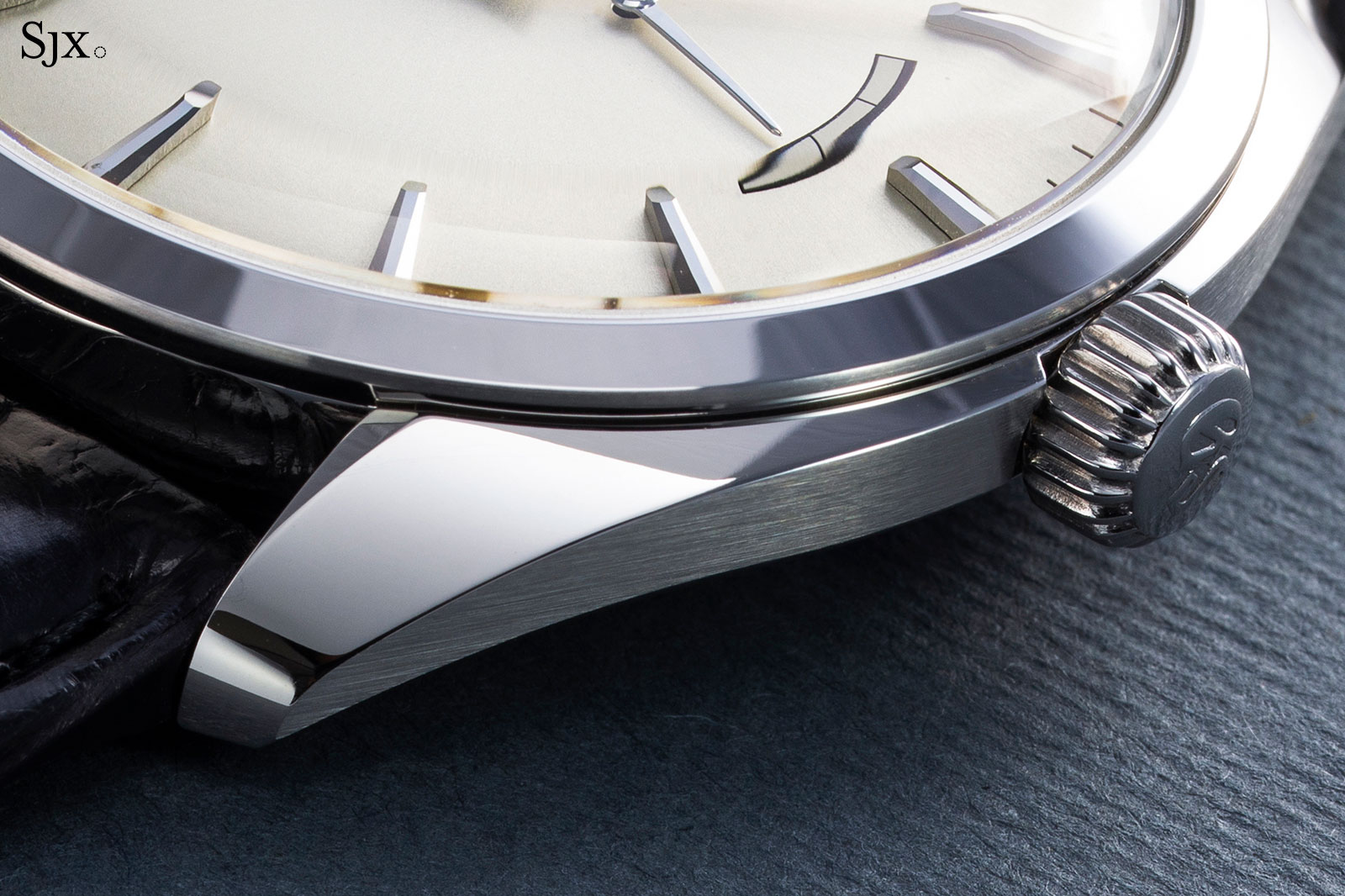 As is typical of Grand Seiko, the case finish is excellent – precise, refined, and detailed.

Grand Seiko cases (along with cases for other high-end Seiko watches), are mirror polished with the Zaratsu technique. Though occasionally labelled as “blade polishing”, the name is actually derived from Gebrüder Sallaz, a Gretchen-based maker of lapping machines – Zaratsu is the Japanese pronunciation of Sallaz. 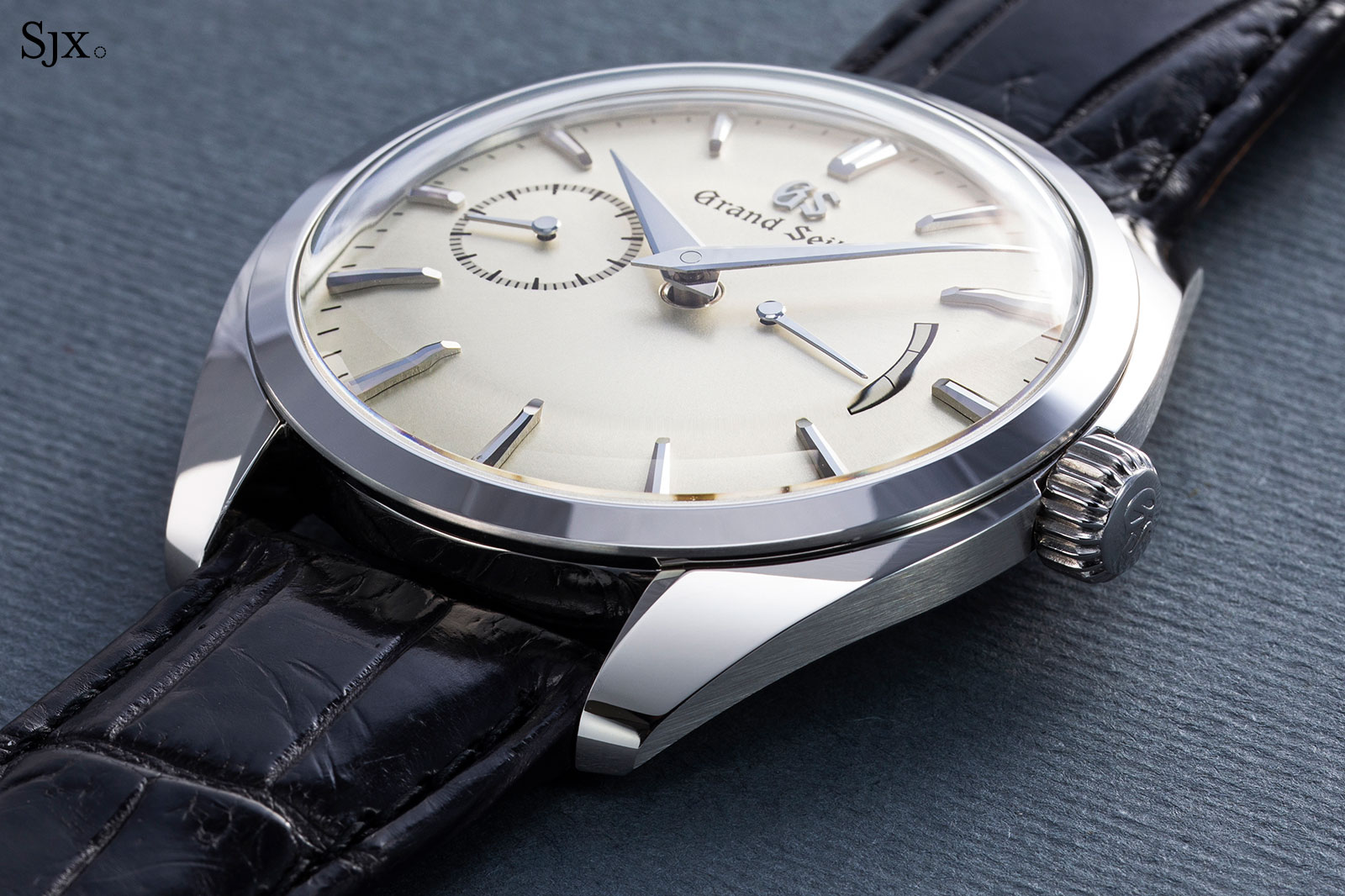 Now long defunct, the company made high-quality lapping machines – marked “Gebr. Sallaz” – that were imported into Japan by precision machining specialist Hayashi Seiki Seizo in the 1950s. The Japanese company later replicated the machines for itself, and was producing cases for Grand Seiko since the 1960s. Now, however, Grand Seiko relies on its own proprietary lapping machines to perform Zaratsu polishing.

The technique creates an exceptionally flat surface, which explains the unusually reflective, distortion-free planes of the case. In fact, the entire case, including the brushed surfaces, is first mirror polished to create a flat surface, and then a brushed finish is applied where necessary.

The result is a case that has relatively simple lines, but one that is especially refined in appearance, with notably precise edges when examined up close. 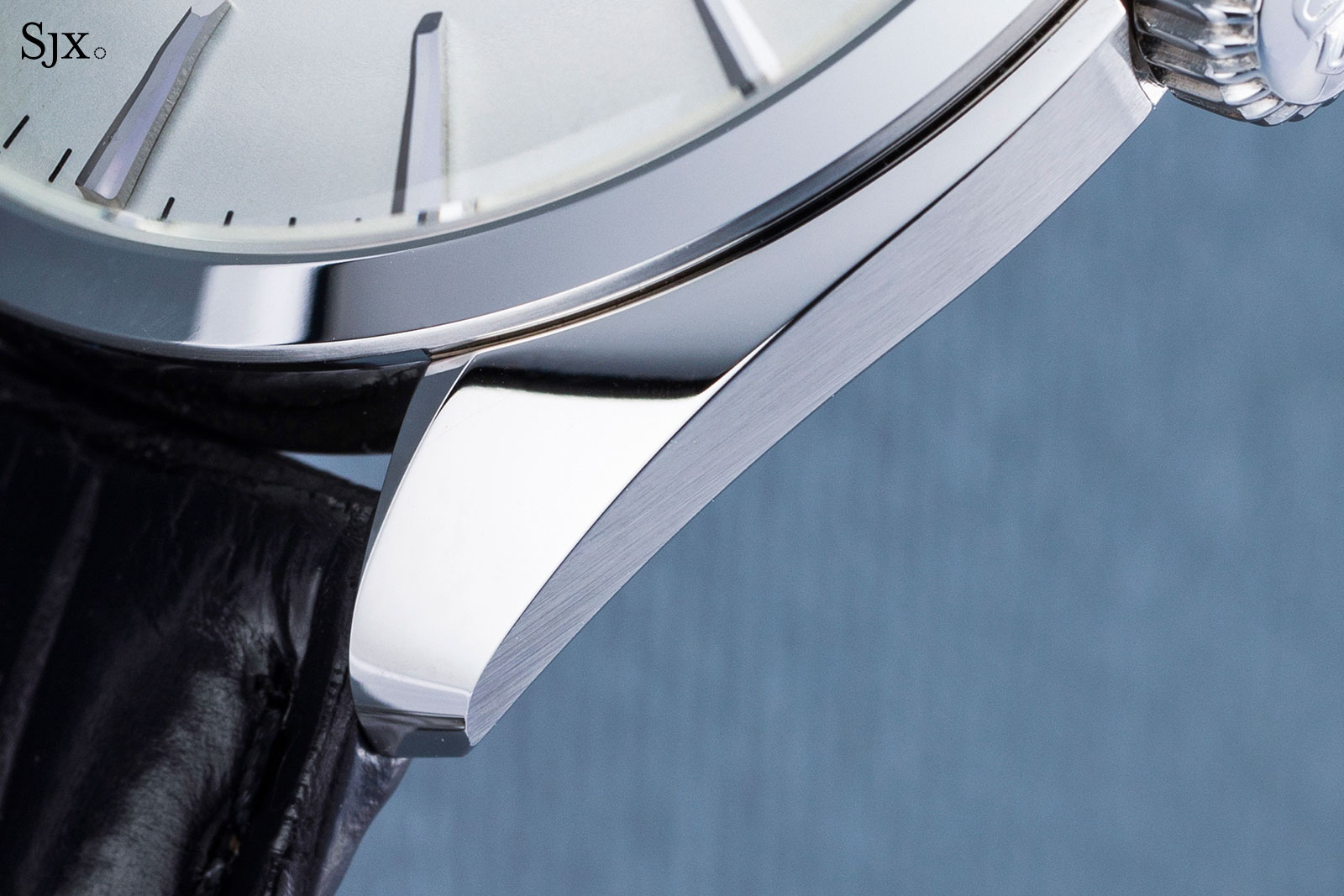 Like the case, the dial is an example of excellent quality, right down to the smallest details.

In terms of design, the dial has the minimum of markings – only the logo at 12 o’clock – which sets it apart from most Grand Seiko dials that tend to have several lines of text. And the seconds at nine and power reserve at three give the dial horizontal equilibrium, with both displays being done in a fairly minimalist manner so the dial remains uncluttered.

The SBGK007 has a dial that Seiko describes as silver, but is actually a pale champagne with a radial, brushed finish; it’s restrained and discreet. At a distance, the subtle colour is not visible, but at arm’s length the tone is appealing and suits the vintage-inspired style well. 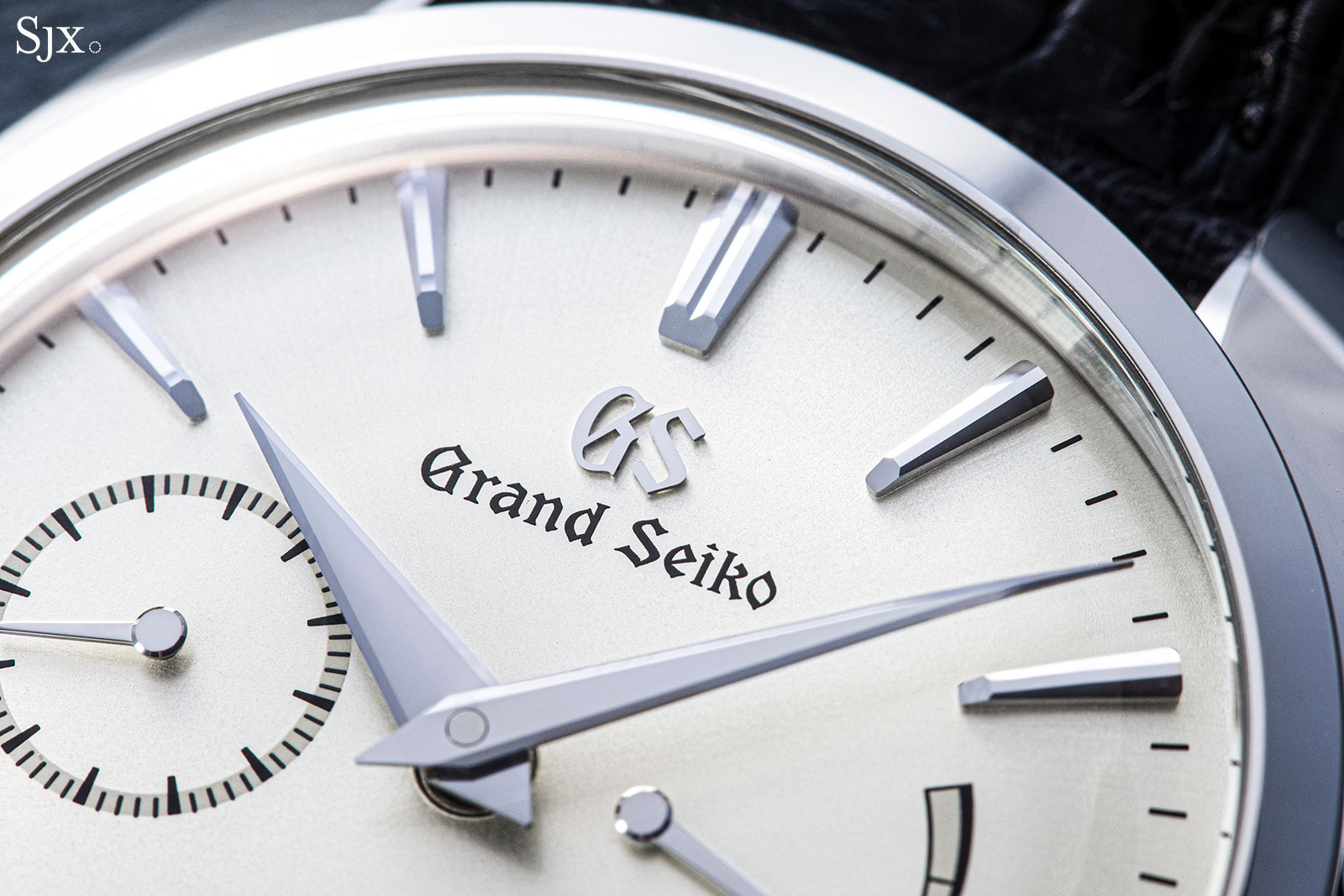 Though simple in design, every element of the dial is sharply executed, including the printed markings and more obviously, the hands and hour markers. 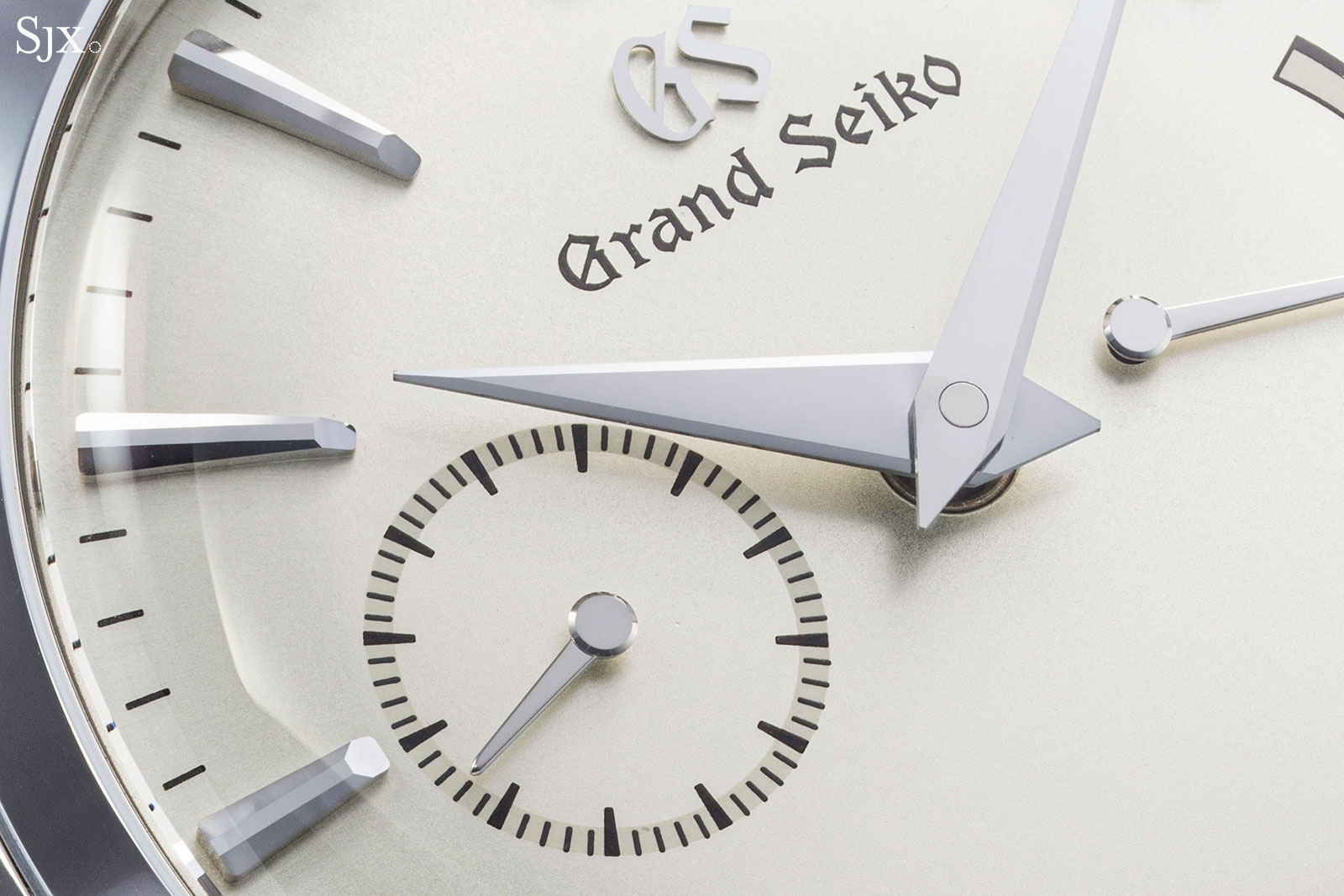 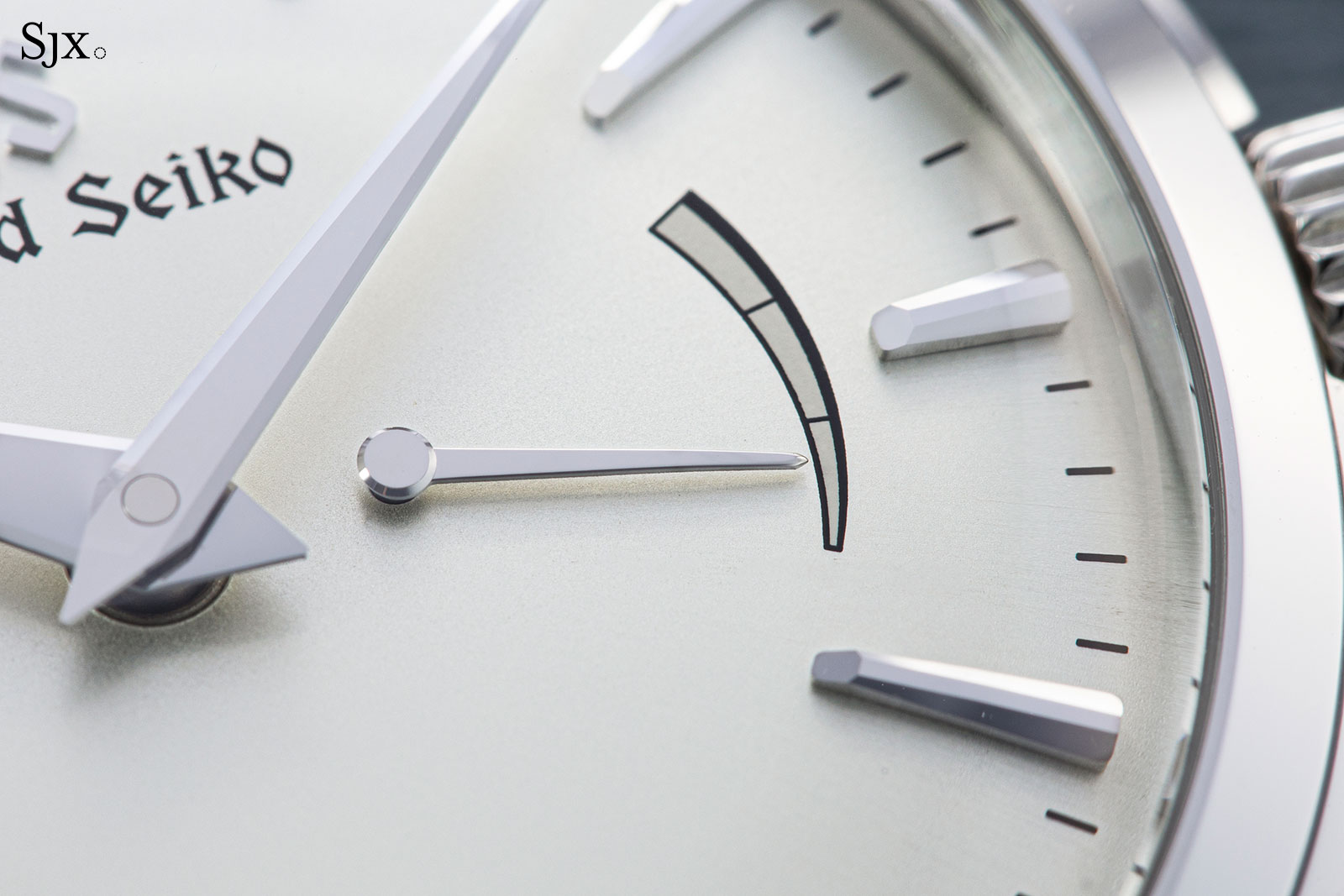 The power reserve scale appears sharp, even up close 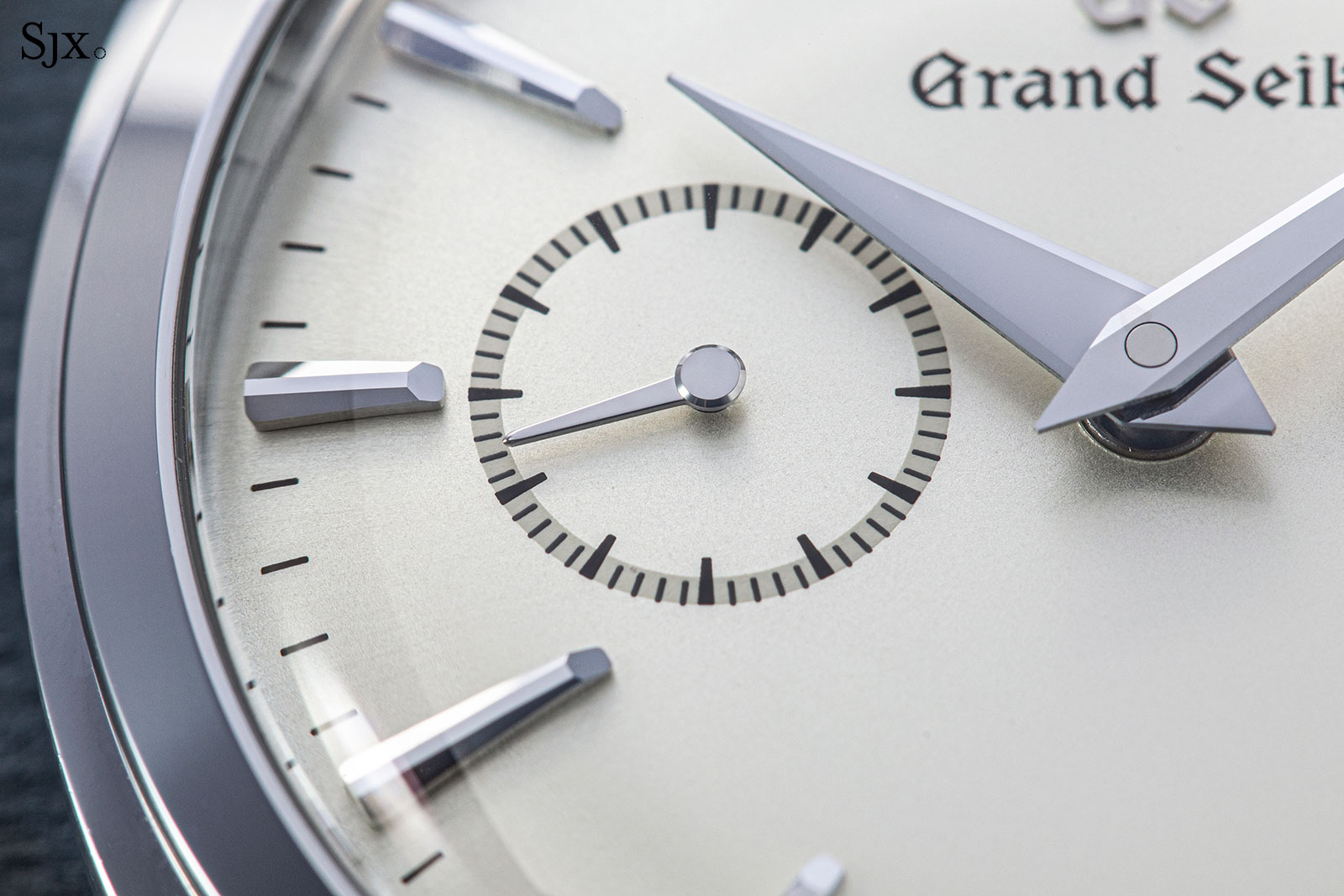 While the printed markings on the dial are impressively executed, even when magnified substantially, it is the hands and hour markers that are most impressive. Each hour marker, save for the double marker at 12 o’clock, has eight facets. And even the tiny hand for the subsidiary seconds has a bevelled cap on its axis.

They are facetted with a diamond-tipped tool, resulting in sharply-defined, mirror-finished planes that catch the light easily. Because of the highly reflective markers and hands, legibility is excellent, even in relative low light.

In pitch darkness, however, the time is illegible as there is no luminous paint on the dial. That is a good thing though, because this particular retro style would not accommodate luminous markings well. 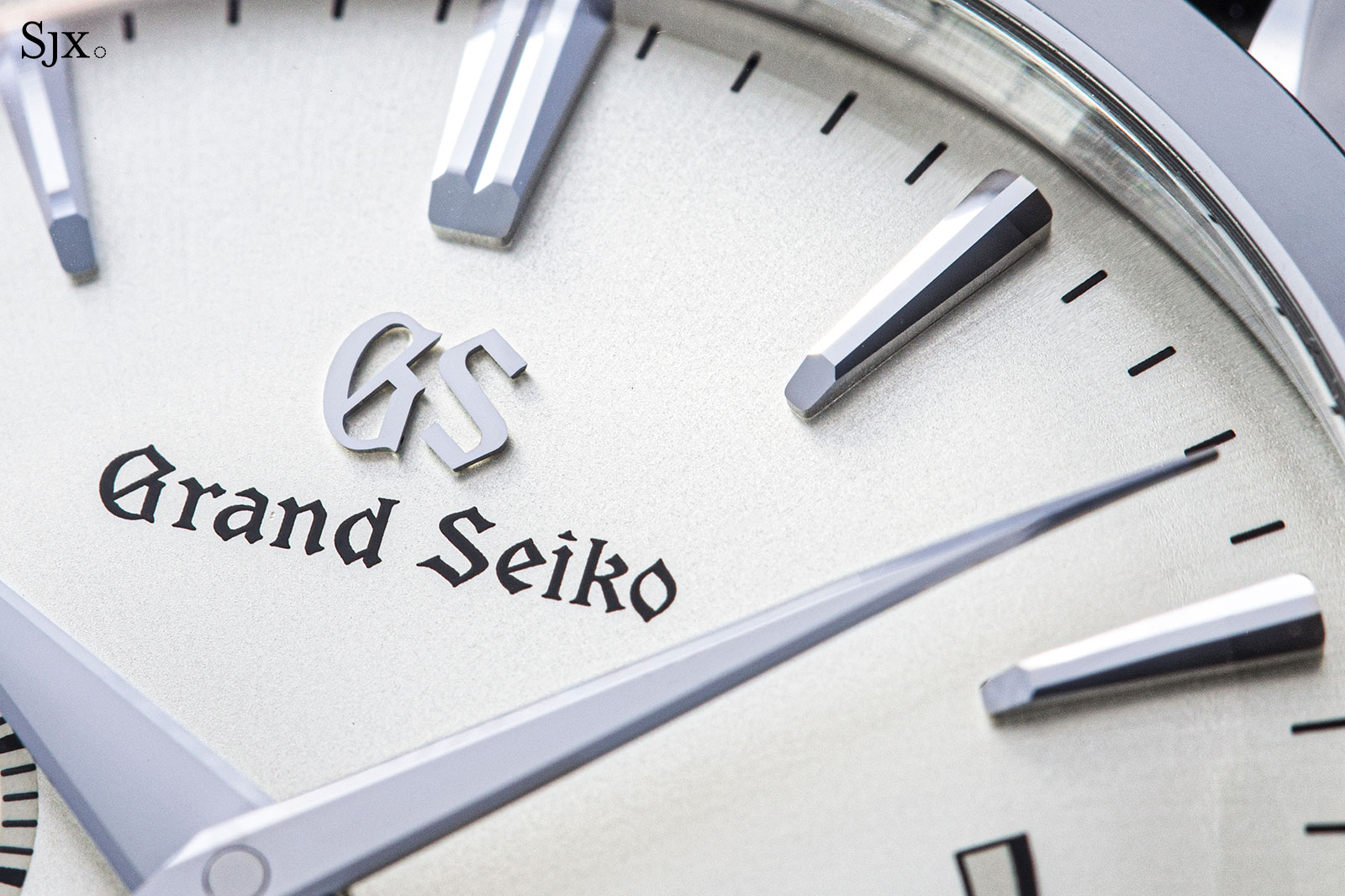 The movement inside is from the 9S6X family of movements, which include both automatic and hand-wind calibres, all sharing the same basic specs of a three-day power reserve and 3 Hz balance. Though barely visible through the back, the 9S63 boasts a couple of notable technical features. Amongst the most important are the escape wheel and pallet lever produced via a microelectromechanical systems (MEMS) technique. Specifically, they are made of a nickel-phosphorus alloy produced via deposition, which gradually builds up tiny layers of metal to form the desired part.

Because of the nature of the MEMS technique, the components are especially intricate and precise. Consequently, both the escape wheel and pallet lever are skeletonised, reducing their weights by 5% and 25% respectively, improving the energy efficiency of the movement. At the same time, the escape wheel has tiny scoops integrated into its teeth, which improve the retention of lubricants and, in theory, result in longer service intervals. 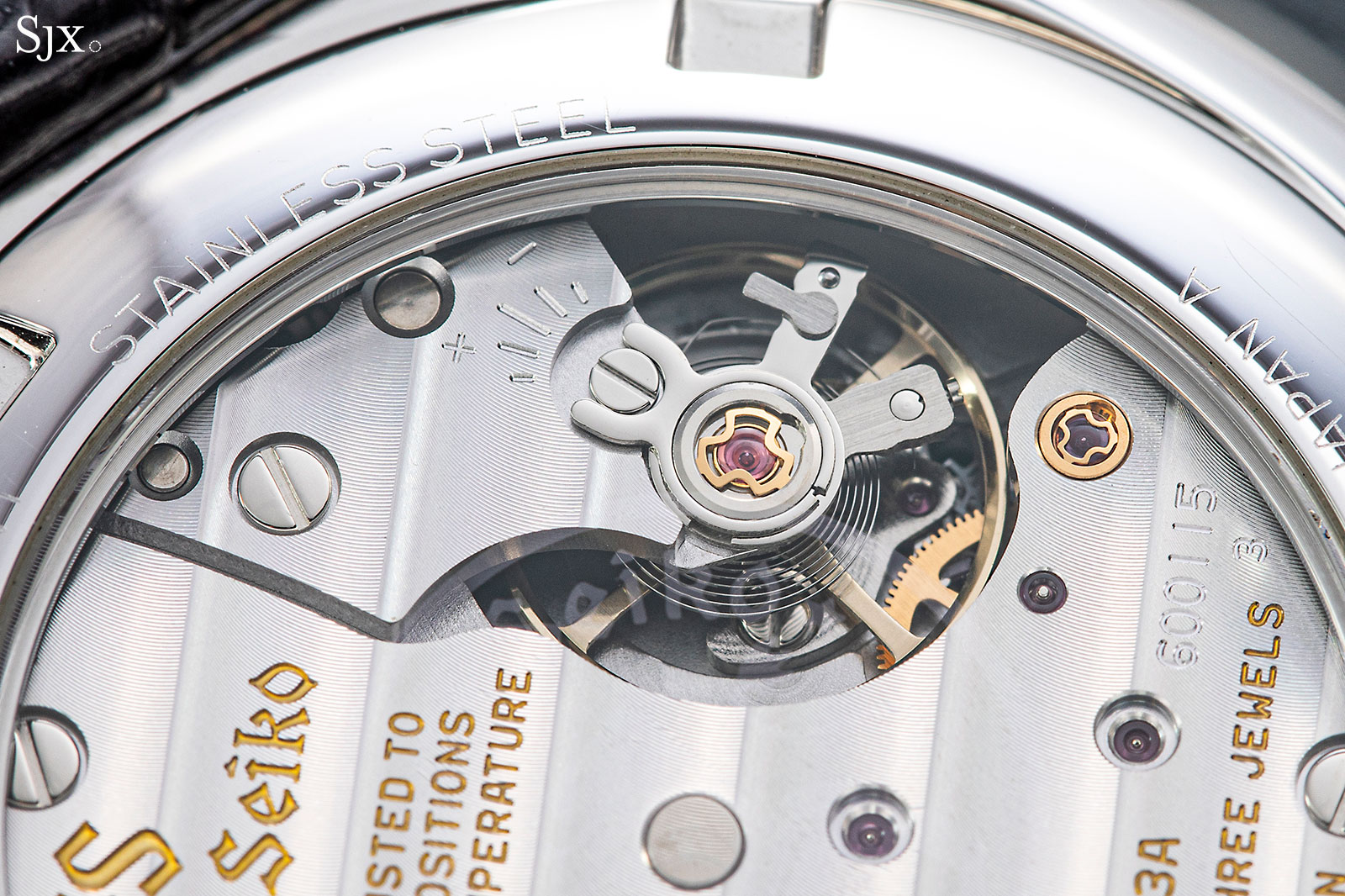 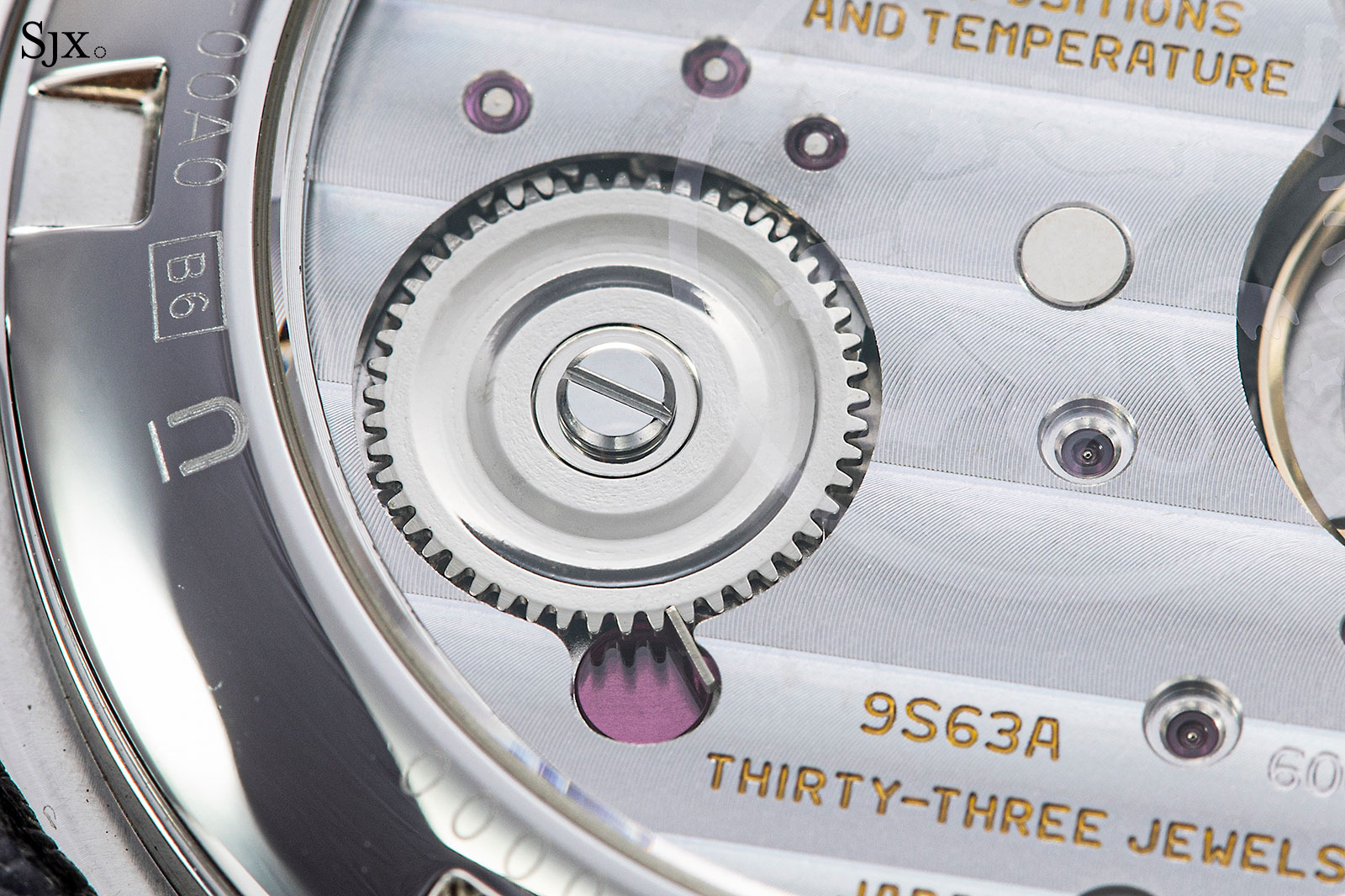 Technology aside, the movement is quintessential Grand Seiko in terms of aesthetics and finish. In contrast to Swiss watchmakers, Grand Seiko movements emphasise functionality and robustness, rather than elaborate styling.

The view from the back is essentially a three-quarter plate and balance cock, with a neat, linear appearance thanks to the lettering that is parallel to the stripes on the plate. All of the visible decoration is done by machine and as a result, is pronounced and precise. The striping on the plate and balance cock is deep and almost embossed in appearance. 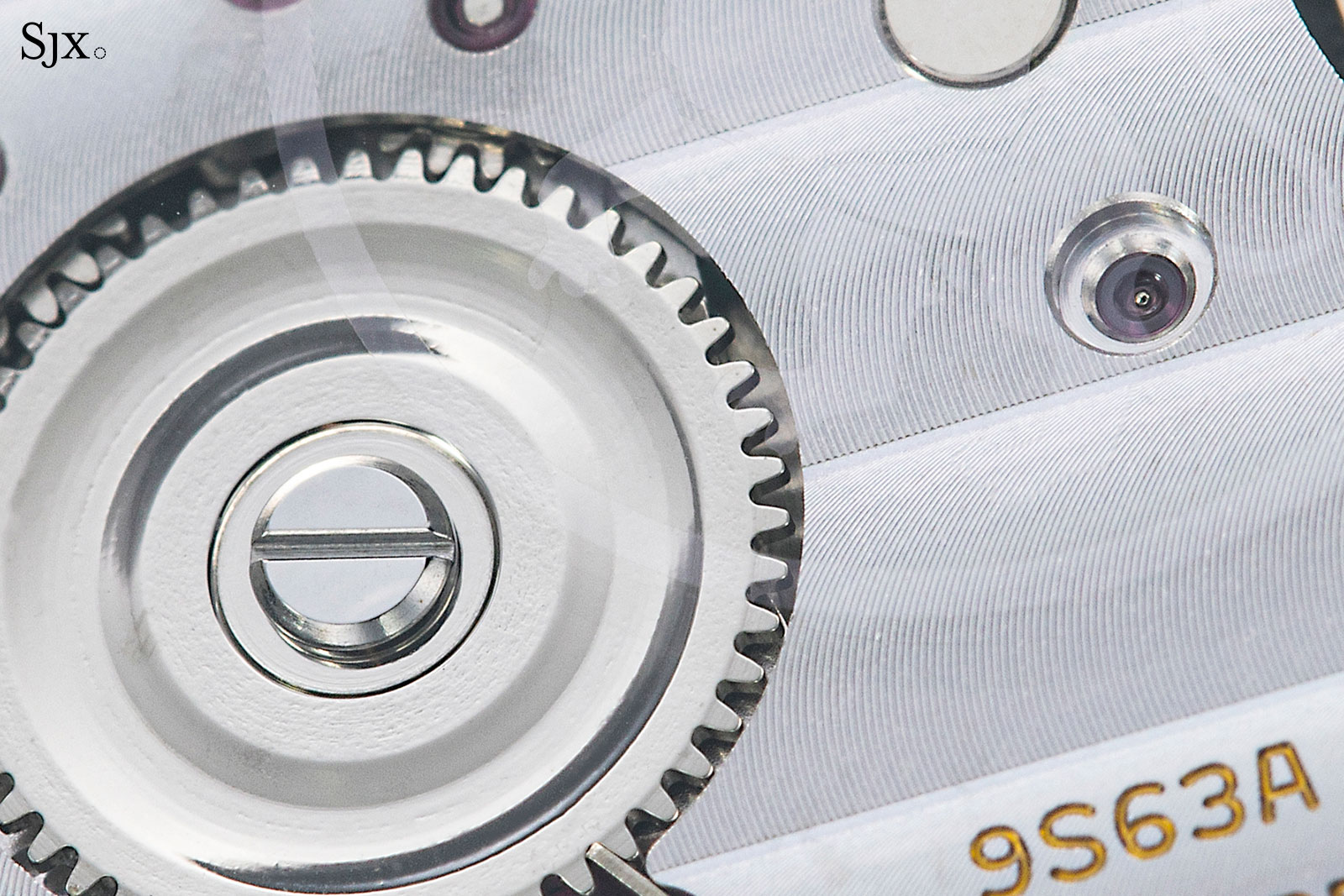 Given Grand Seiko’s approach to movements, the hidden, functional finishing is where the movement shines. Most of the pivots for the wheels, for instance, are polished by hand, much in the same manner as movements that qualify for the Poincon de Geneve, or Geneva Seal. That includes the pivot for the escape wheel, one of the smallest such parts in a movement. The practical-minded approach to movement finish is gradually evolving, however, and inching closer to Western perspectives on decoration. Already the top-of-the-line Grand Seiko and Credor watches produced at the Micro Artist Studio and finished to a standard comparable to the very best of Swiss watchmaking. And insiders hint that some watches Grand Seiko will launch later in 2020 will be equipped with new movements designed and decorated in a more elaborate manner.

The SBGK007 wears well and looks good. Though simple, the design of the SBGK007 has enough distinct elements that the watch is easily recognisable as a Grand Seiko.

The pale dial might be a bit too washed out for someone who prefers dark colours; fortunately offers the SBGK005 and SBGK009, with blue and grey dials respectively, that are otherwise identical and priced nearly the same.

Priced at US$6,900, the SBGK007 is, like most Grand Seiko watches, strong value for money. The quality of the dial and case and notably good, especially for in its price segment. Correction March 16, 2020: Zaratsu polishing is now done with Grand Seiko’s proprietary machines, and not equipment made by Hayashi Seki Seizo, which produced Grand Seiko cases in the past.

An all-new line of dress watches.