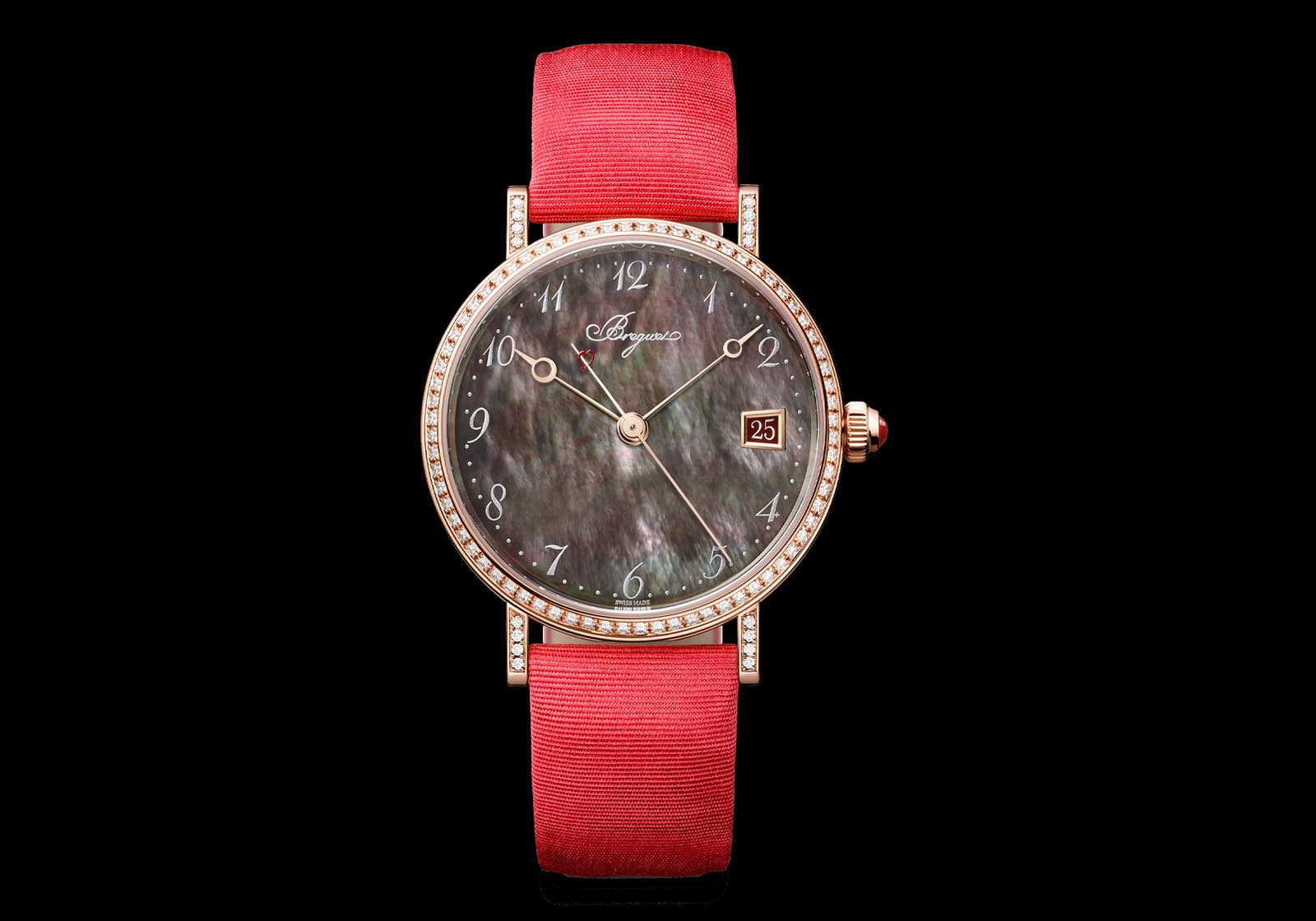 Following the launch of the Classique 5177 in blue enamel last year, Breguet has now unveiled its feminine equivalent, the Classique Dame 9065. It’s dressed up in feminine style with a Tahitian black mother-of-pearl dial and brilliant-cut diamonds, but still bears Breguet’s trademark design with pomme hands and Breguet-style numerals.

A limited edition of 28 pieces, the watch has a dainty rose-gold case measuring 33.5mm wide and just 7.55mm high thanks to the ultra-thin movement inside. The case is classical Breguet, featuring slim, straight lugs and a finely fluted case band.

The bezel and lugs are set with 88 brilliant-cut diamonds, totalling approximately 0.606 carats, while the crown is set with a ruby. They frame a dial covered with a thin slice of black mother-of-pearl. 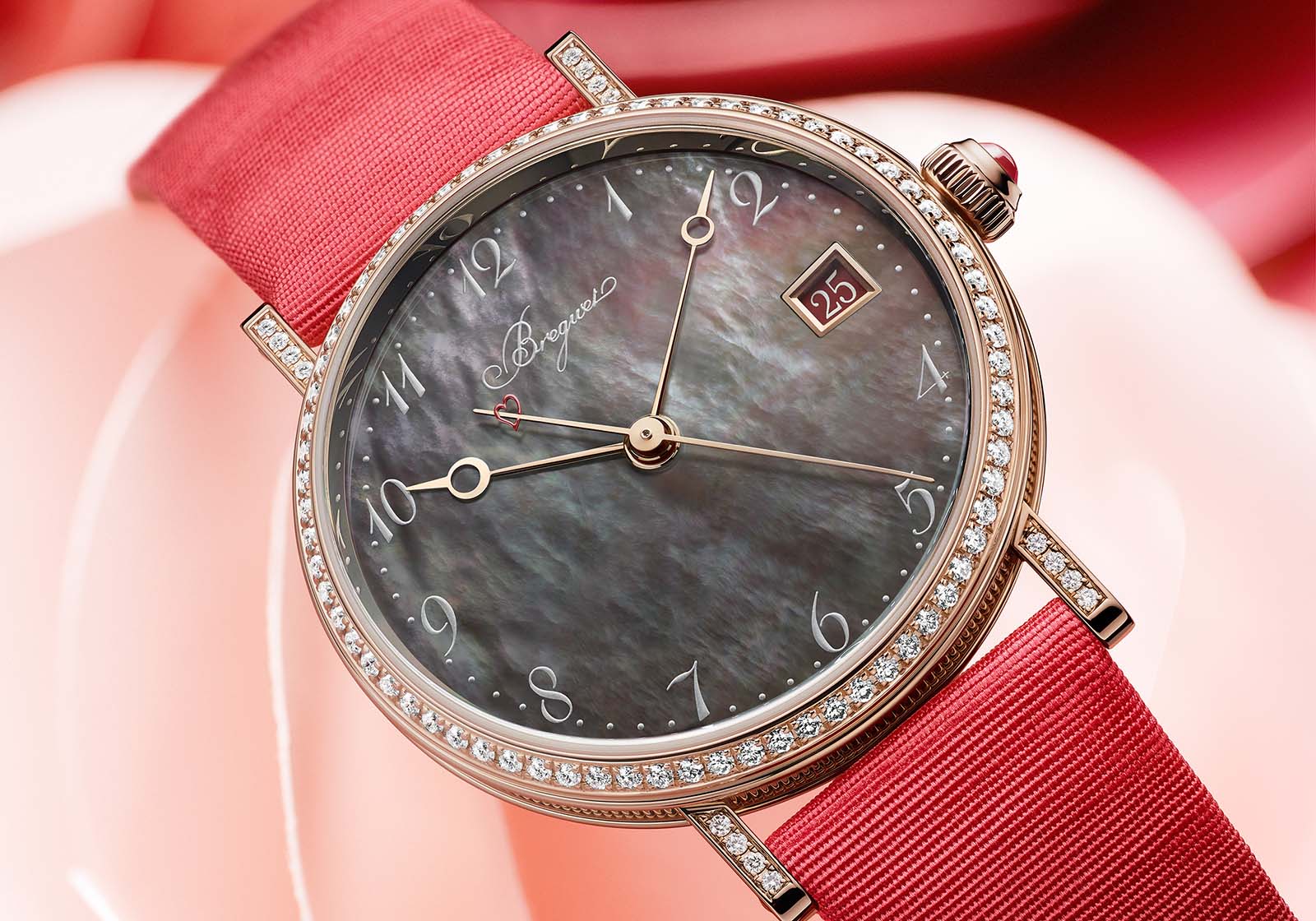 Derived from black-lipped oysters found in and around Tahiti and the French Polynesian islands, Tahitian mother-of-pearl is prized for its naturally dark colour as well as its visual complexity. Apart from being much rarer than white mother-of-pearl, it also has vivid undertones accented with overtones of marine colours like violet and green.

The dial features Breguet-style Arabic numerals printed on the mother of pearl, and classic Breguet hands with a slight – and unfortunately kitschy – twist: the seconds hand has a heart-shaped counterweight. To match the heart-shaped seconds and ruby cabochon, the date features a red disc printed with off-white numerals. 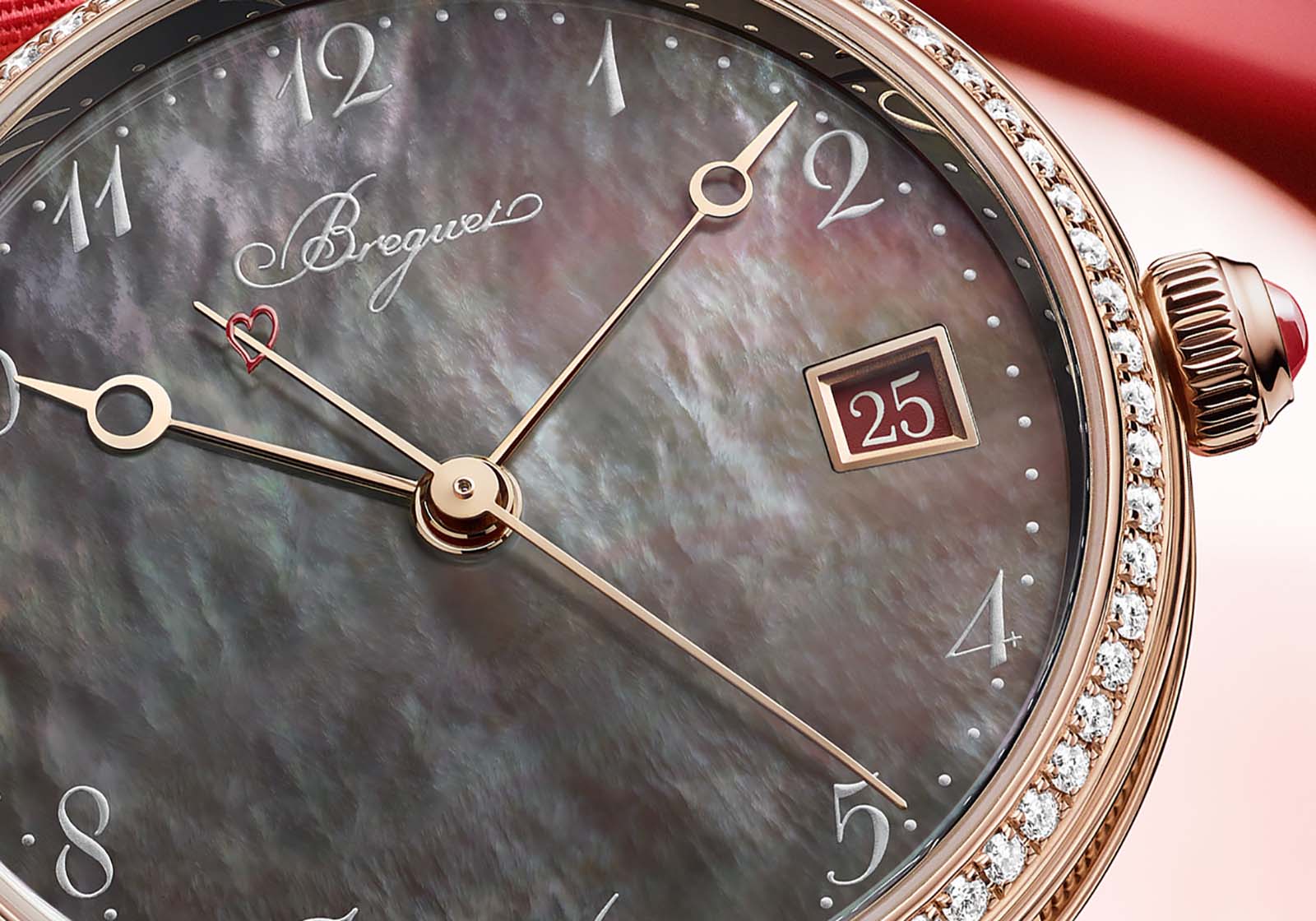 However, the most significant difference between the cal. 591A and its predecessors is the use of a silicon escape wheel, lever and hairspring as well as a free-sprung balance wheel with four timing screws for rate adjustment.