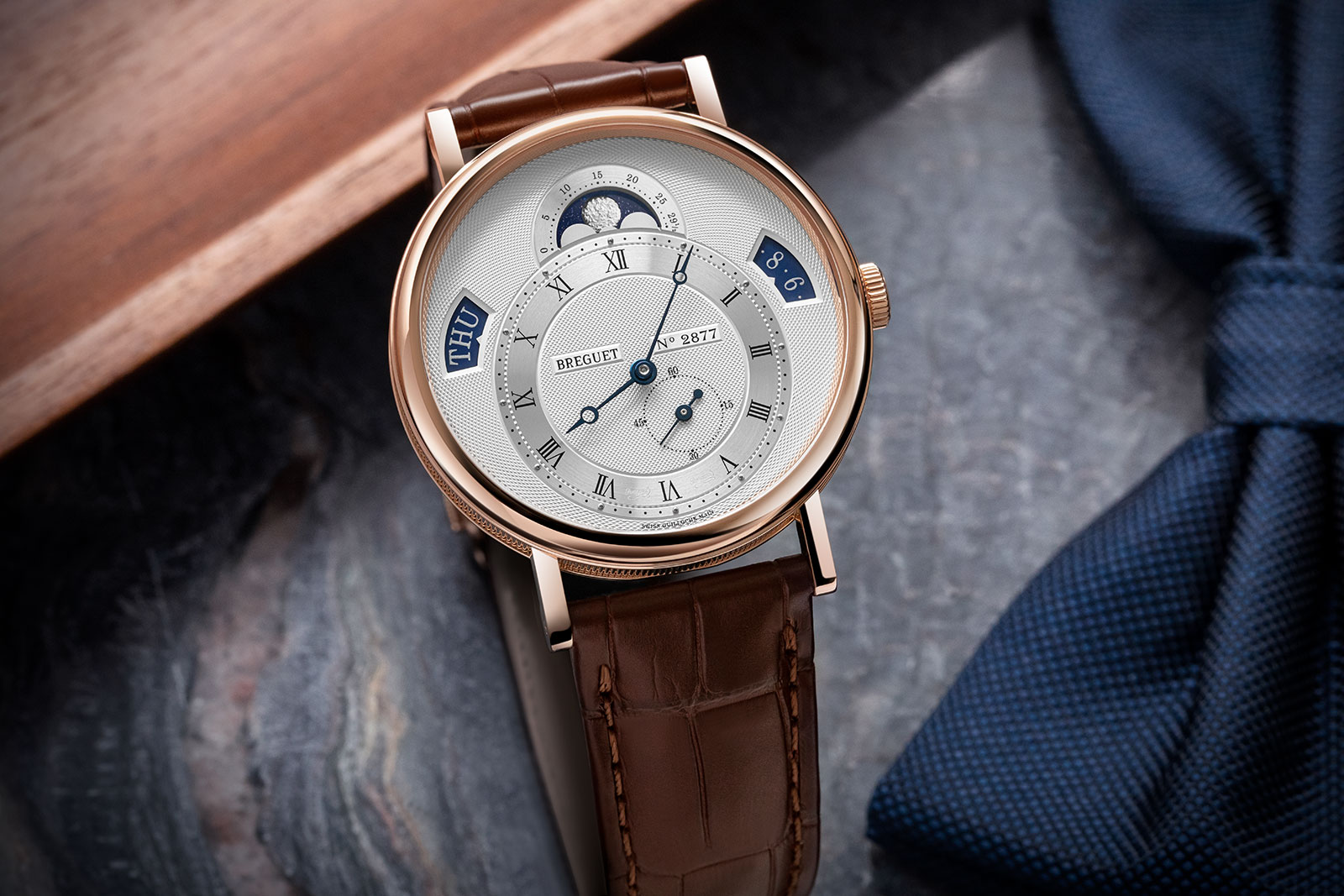 One of the longest-lived models in Breguet’s line-up, the Classique Calendrier 7337 has been in the catalogue since the 1980s before being revamped in 2009 to give the model its current proportions.

Now Breguet has given the 7337 a gentle cosmetic makeover with a redesigned dial. Despite changing none of the fundamentals, the new dial gives the 7337 a distinctly different look that is amongst the most modern in the brand’s Classique collection.

The new 7337 modernises a longstanding model in Breguet’s lineup, one that was originally inspired by pocket watches the brand made in the 19th century. The redesign certainly succeeds in giving the 7337 a more contemporary flavour, so anyone who finds the original design overly old fashioned will appreciate the facelift. 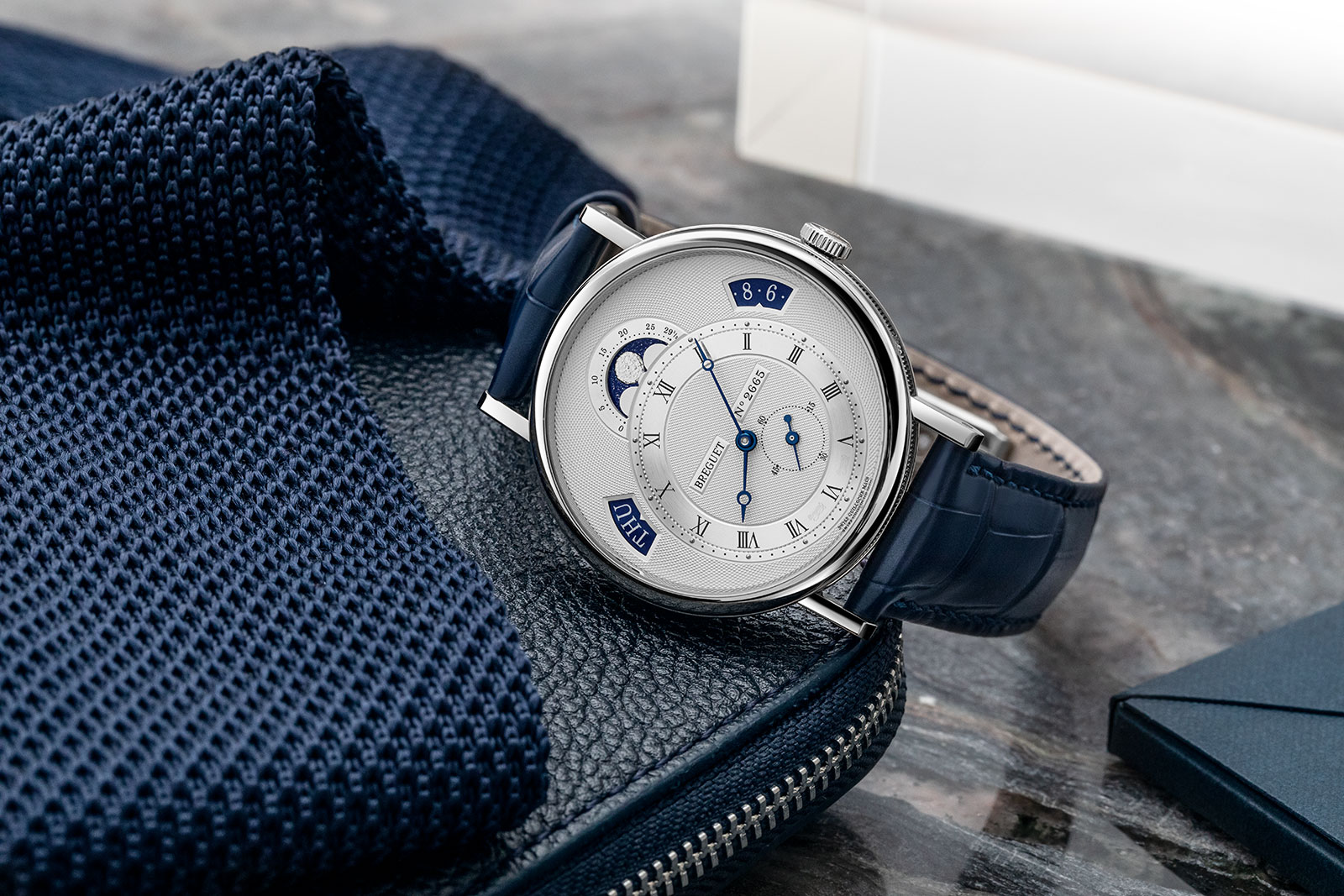 However, the new look loses some of the classical elegance that defines Breguet in my opinion. And it also loses the quirky elegance that was characteristic of the original dial layout.

Design aside, the new 7337 is very much identical to the earlier model in terms of movement and construction, which means the quality is excellent, as is typical of Breguet. Considering the quality of build, materials – the guilloche dial for instance is solid gold – and the historically-significant brand name, the new 7337 is a reasonably priced proposition at US$43,000, which is identical to the earlier version and unchanged for several years.

Despite looking substantially different, the new 7337 only differs in terms of cosmetics. Fundamentally it remains identical to the earlier version.

The key differences in terms of design are the twin calendar windows and plaques for the brand and serial numbers. Both windows now have an angular outline with distinct corners, while the calendar discs are in a high-contrast dark blue. And the plaques are horizontal instead of arched. 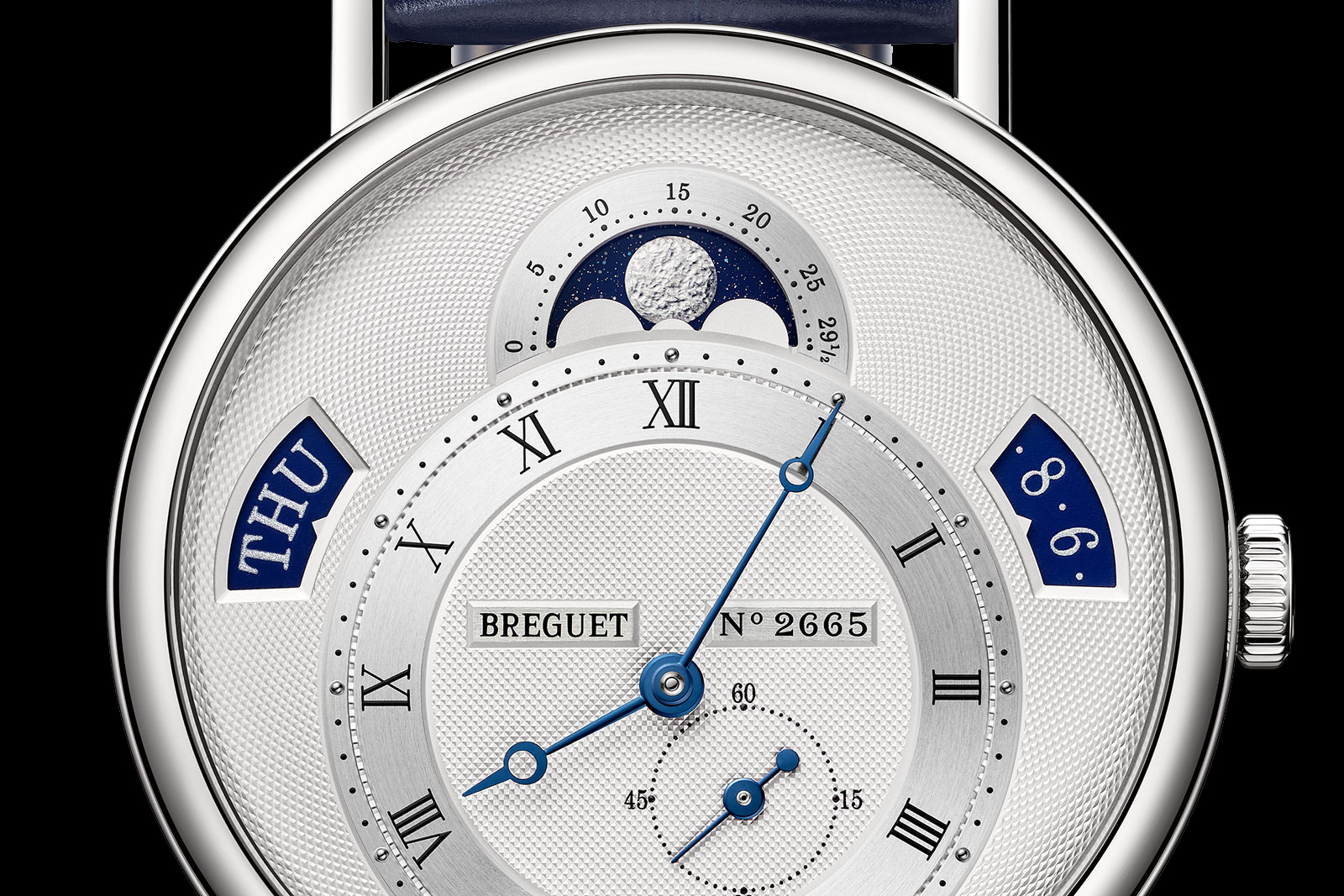 The guilloche on the dial has also been scaled back, with the engine turning below the moon phase disc as well as the seconds register having been done away with. The result of these changes is a cleaner, modern look.

That said, one detail has been elaborated upon: the moon on the moon-phase display is a disc of solid gold that’s been hammered by hand to created a dimpled finish that evokes the real-life Moon. 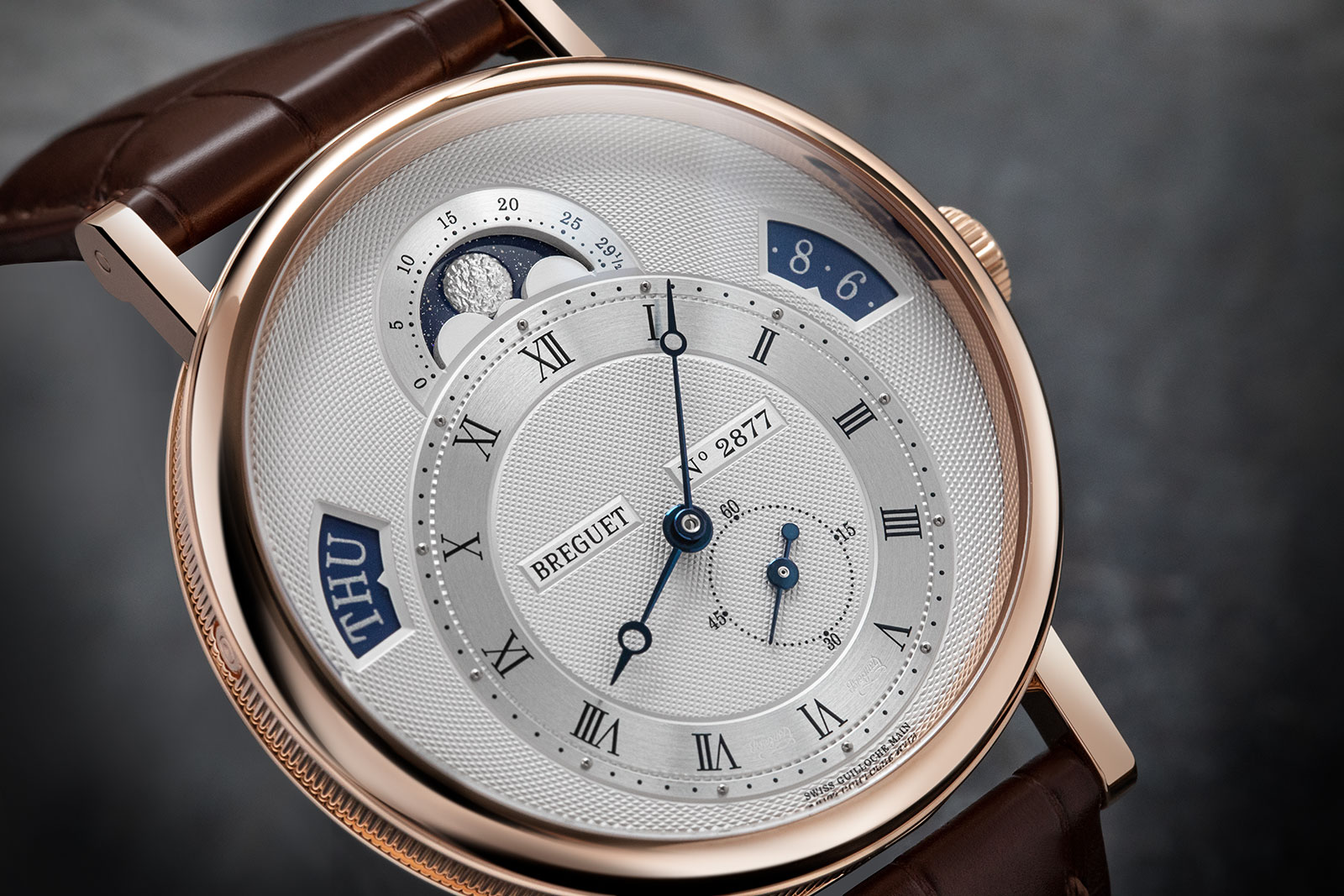 The rest of the watch remains identical. The slim 39 mm case contains the cal. 502.3 QSE1, an ultra-thin movement that is evolved from a Frederic Piguet calibre originally launched in the 1970s. While the movement retains its signature off-centre rotor, it has been substantially upgraded since then, most notably with silicon escapement parts. 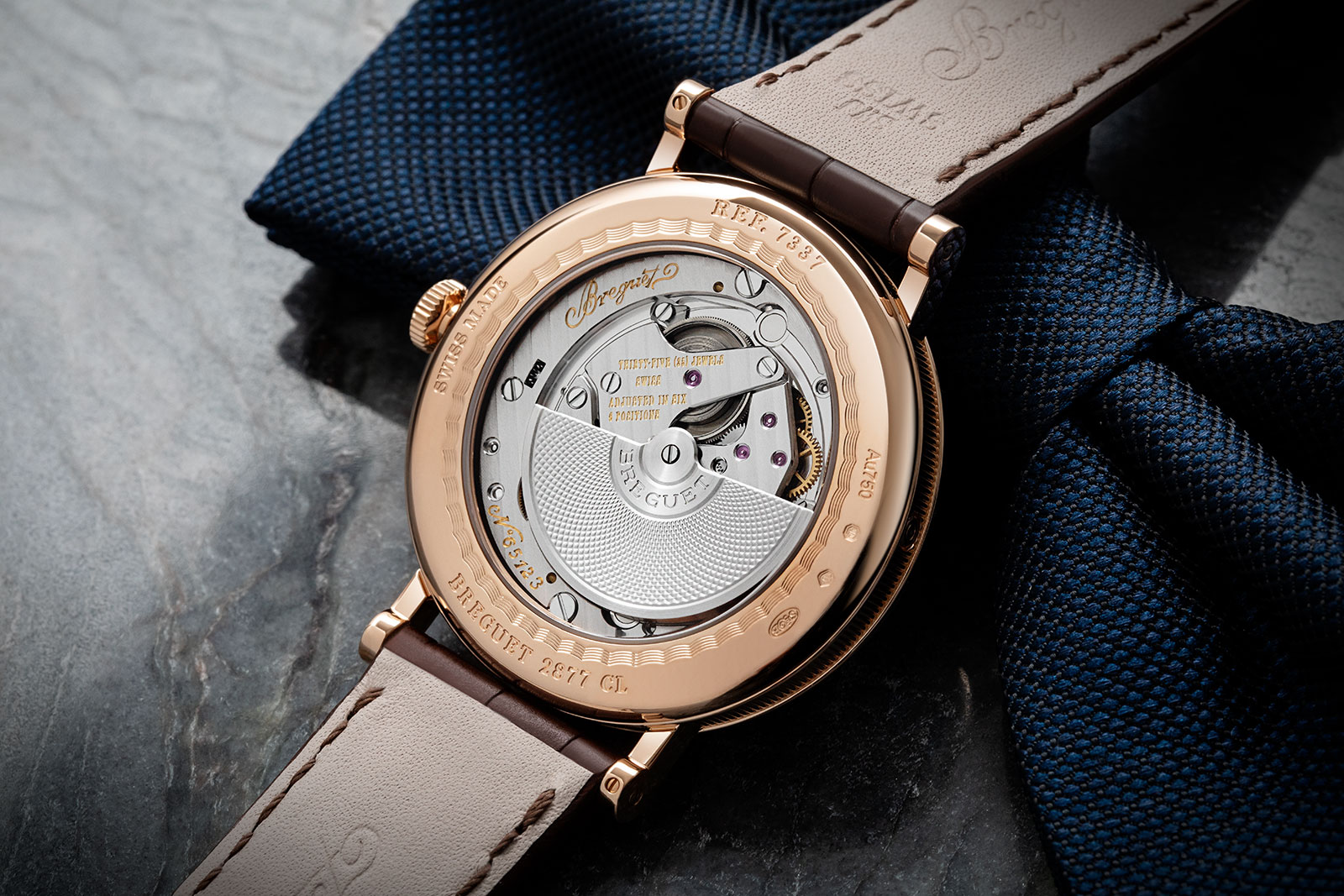