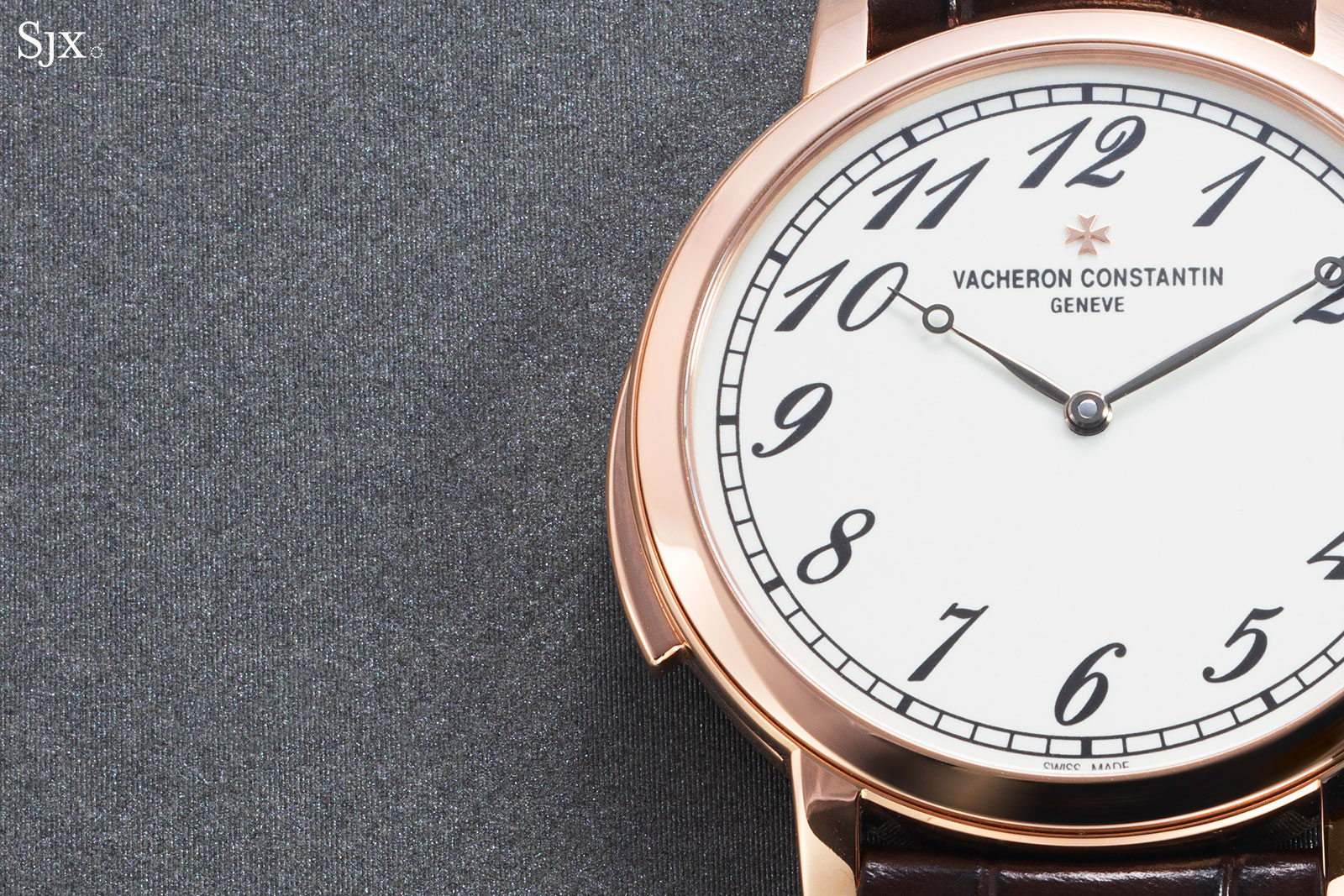 Vacheron Constantin’s annual collection of one-off and custom haute horlogerie watches was titled La Musique du Temps this year, being most made up of minute repeaters. They ranged from the strikingly simple to exceedingly ornate, with one of the prime examples of simplicity being the Les Cabinotiers Minute Repeater Ultra-Thin ‘Romantic Note’.

Being one of two time-only minute repeaters in the collection – the other is ‘Dance of the Gemstones’ – the Romantic Note is essentially a variant of the regular-production Calibre 1731 repeater. It’s a large but elegantly proportioned watch, measuring 41mm by 8.5mm, so it sits wide but flat on the wrist. 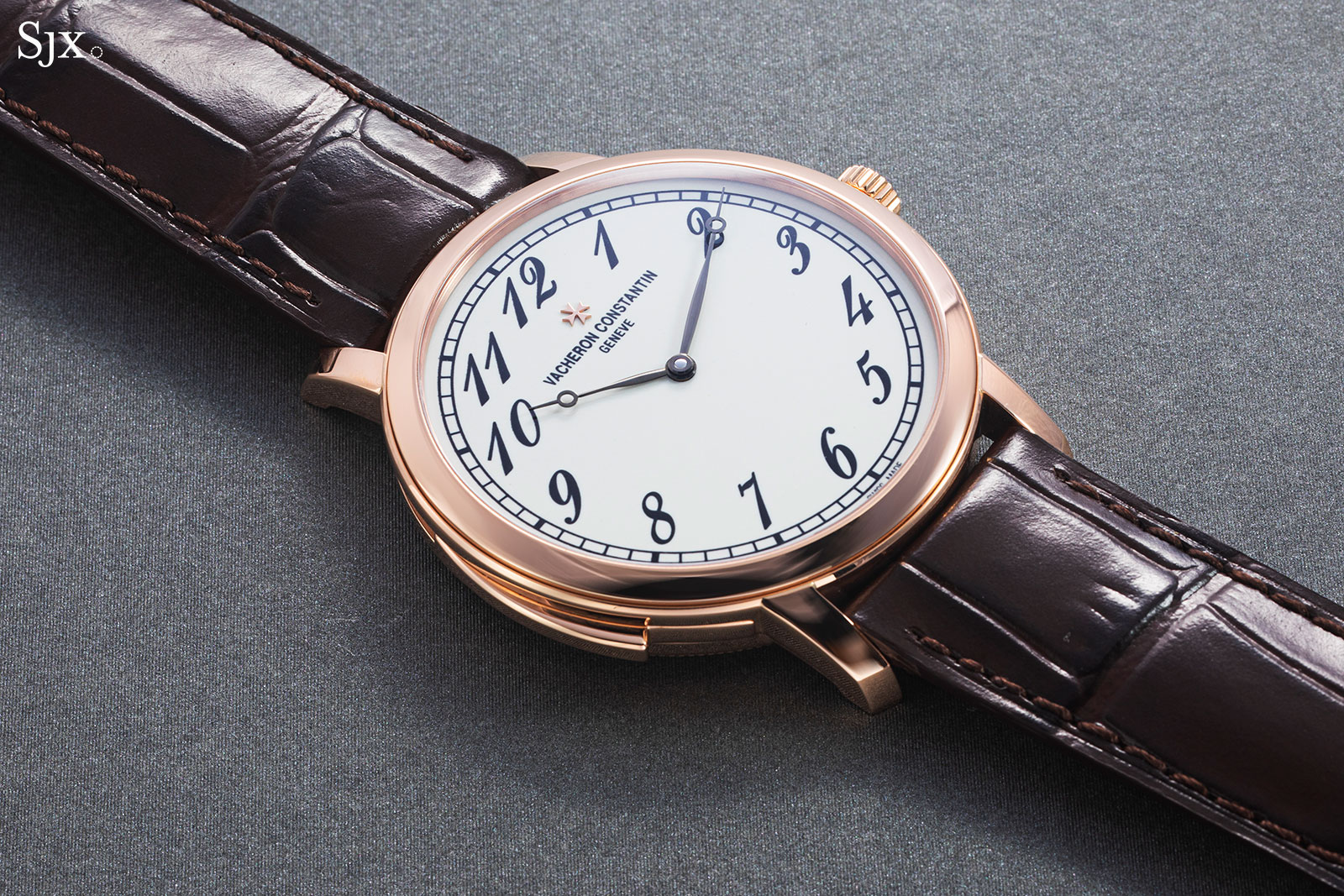 Though not overly large, the watch would be a bit more elegant if it were smaller. On a small wrist the wide-but-flat proportions can resemble a dinner plate. The smallest case size possible, given the diameter of the movement, is about 39mm, which would have given the watch a more tangible vintage feel. 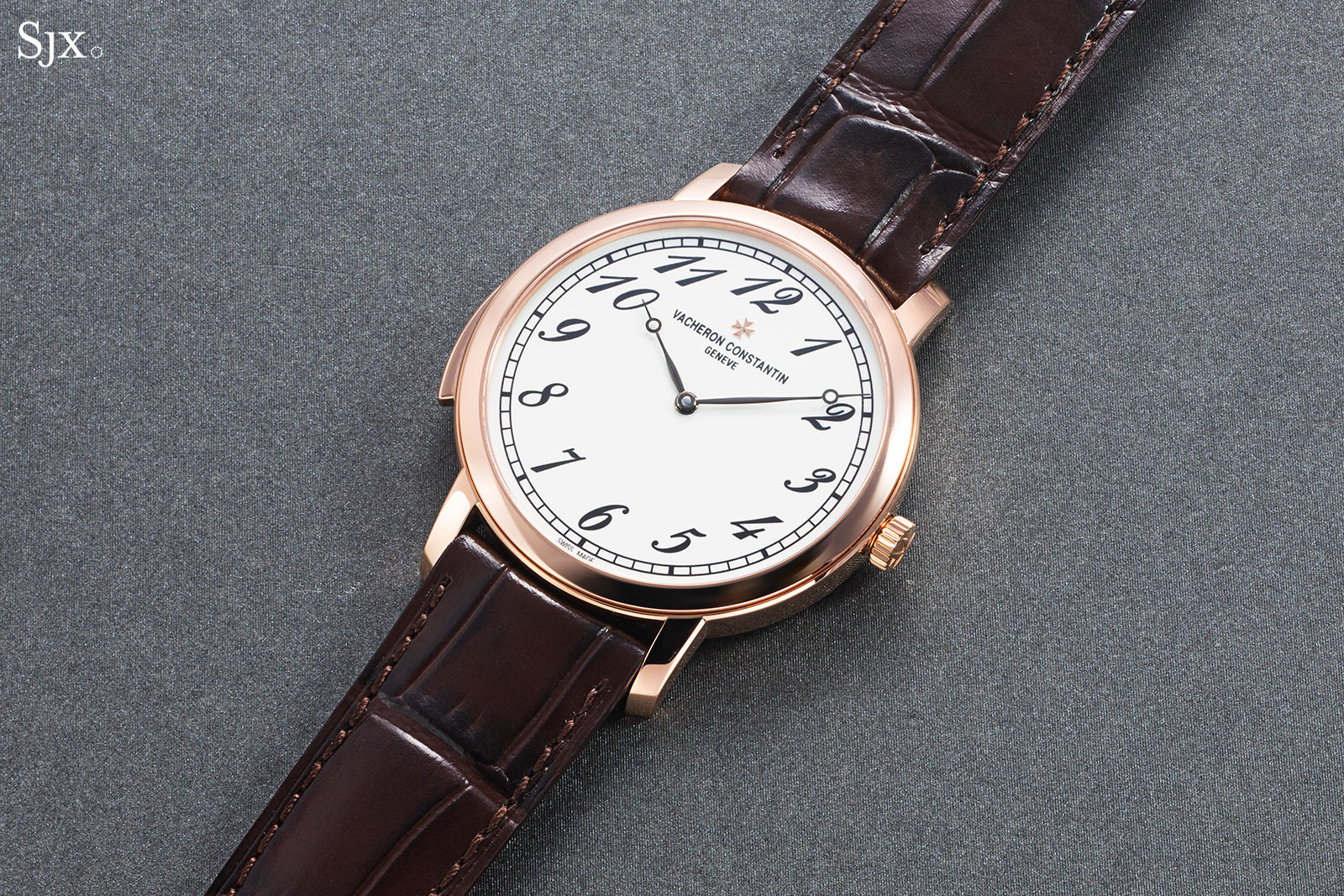 Design-wise the case is simple, which suits the watch well. The styling is taken from the Traditionnelle line, meaning it is relatively angular, with lots of flat surfaces when viewed from the front, which is deceptively simple.

Much of the case detail lies in its profile – the case band has a single, lengthwise step, along with lugs inspired by the Maltese cross, the company’s logo. And the case back has a fluted edge as a design feature, being a snap-on, rather than screw-down back. Though the case design is found in regular-production models, it is unique for a minute repeater, as the Traditionnelle line does not include any striking watches.

The crucial element that makes this a one-off watch is the dial, which is off-white, fired enamel. The dial base is an 18k gold disc, with all of the markings on the dial printed in black enamel, but the Maltese cross is a red gold appliqué. The dial quality is excellent – its relatively smooth, with few of the dimples or bubbles that characterise vitreous enamel. But the black enamel markings are slightly fuzzy up close, with slight bleeding around some edges; that, however, is not obvious at arm’s length. While the hands are eminently classical – finely made, Breguet style in blackened gold – the typography is unusual. The numerals are a modern take on traditional Breguet numerals, with thicker lines that give them more weight. Some of the details found in Breguet-style numbers have also been dispensed with; for instance, the “4” lacks a tiny cross at its tip, while the “9” is closed rather than open.

It’s an unusual look, but appealing nonetheless, although I would have reduced the size of the logo at 12 o’clock. 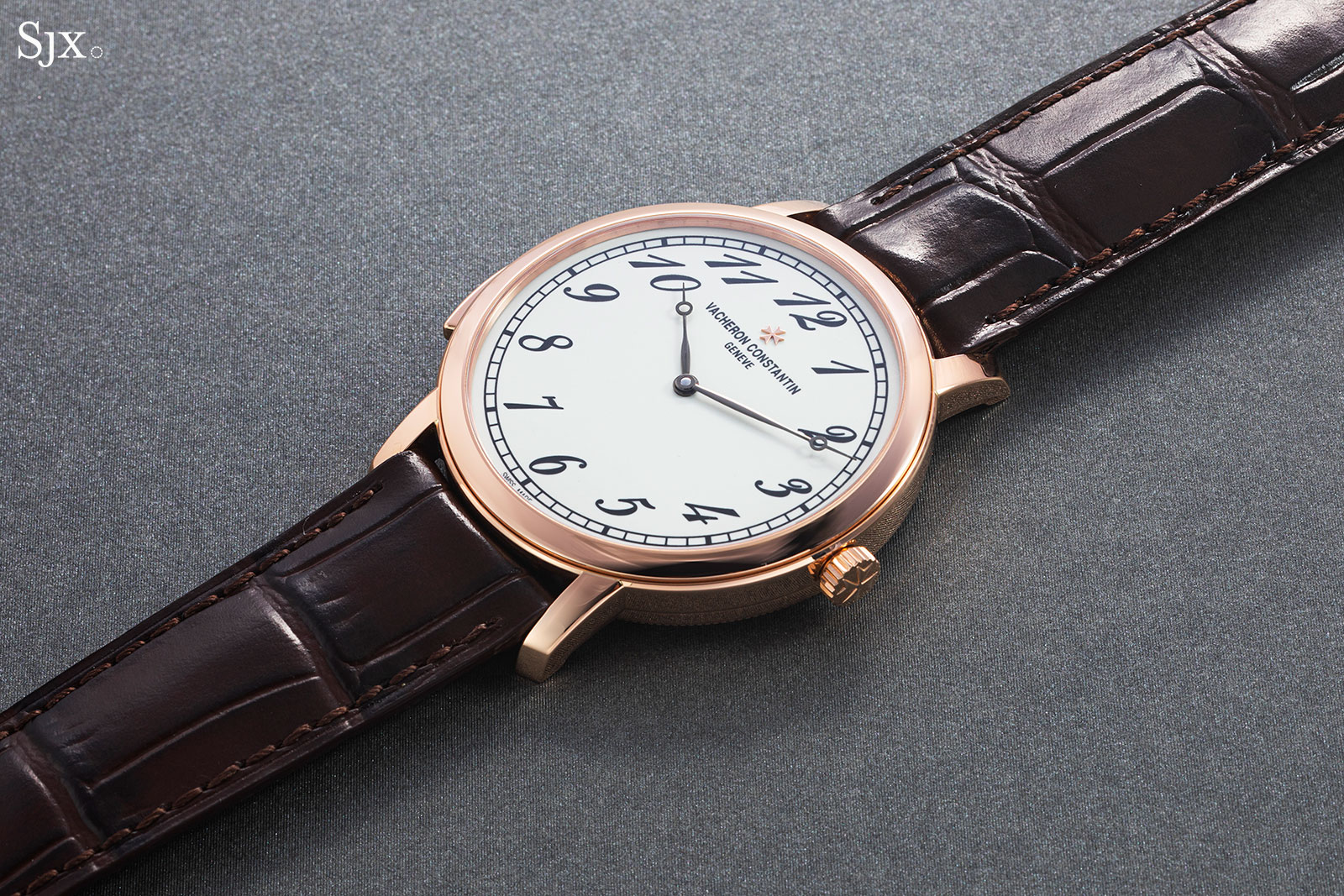 Developed in-house by Vacheron Constantin, the cal. 1731 is a wide but thin movement, with a diameter of 32.8mm and height of 3.9mm. Unlike the brand’s repeater movement of the 1990s, the cal. 1755, which was modelled on a vintage movement, this has a distinctly modern look, with large, widely spaced bridges and a smallish balance wheel. 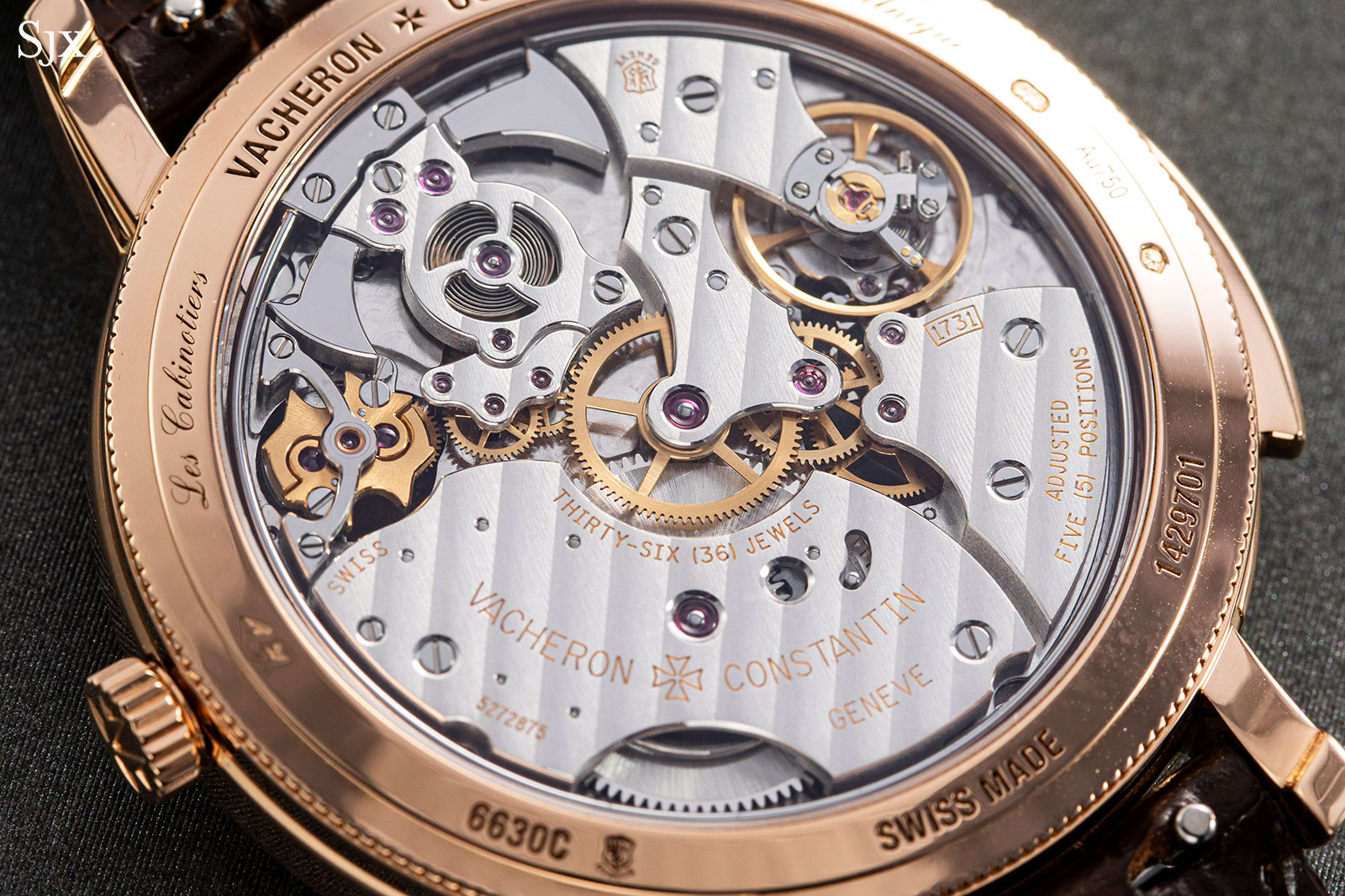 The repeater sound is audible, clear, and excellent – see the video clip at the start of the article – and the movement decoration is similarly excellent, but not quite extraordinary.

All of the decorative details are attended to – chamfered spokes and rims of the gears, polished countersinks and so on – and mostly done by hand, but the finishing doesn’t quite reach the summit. 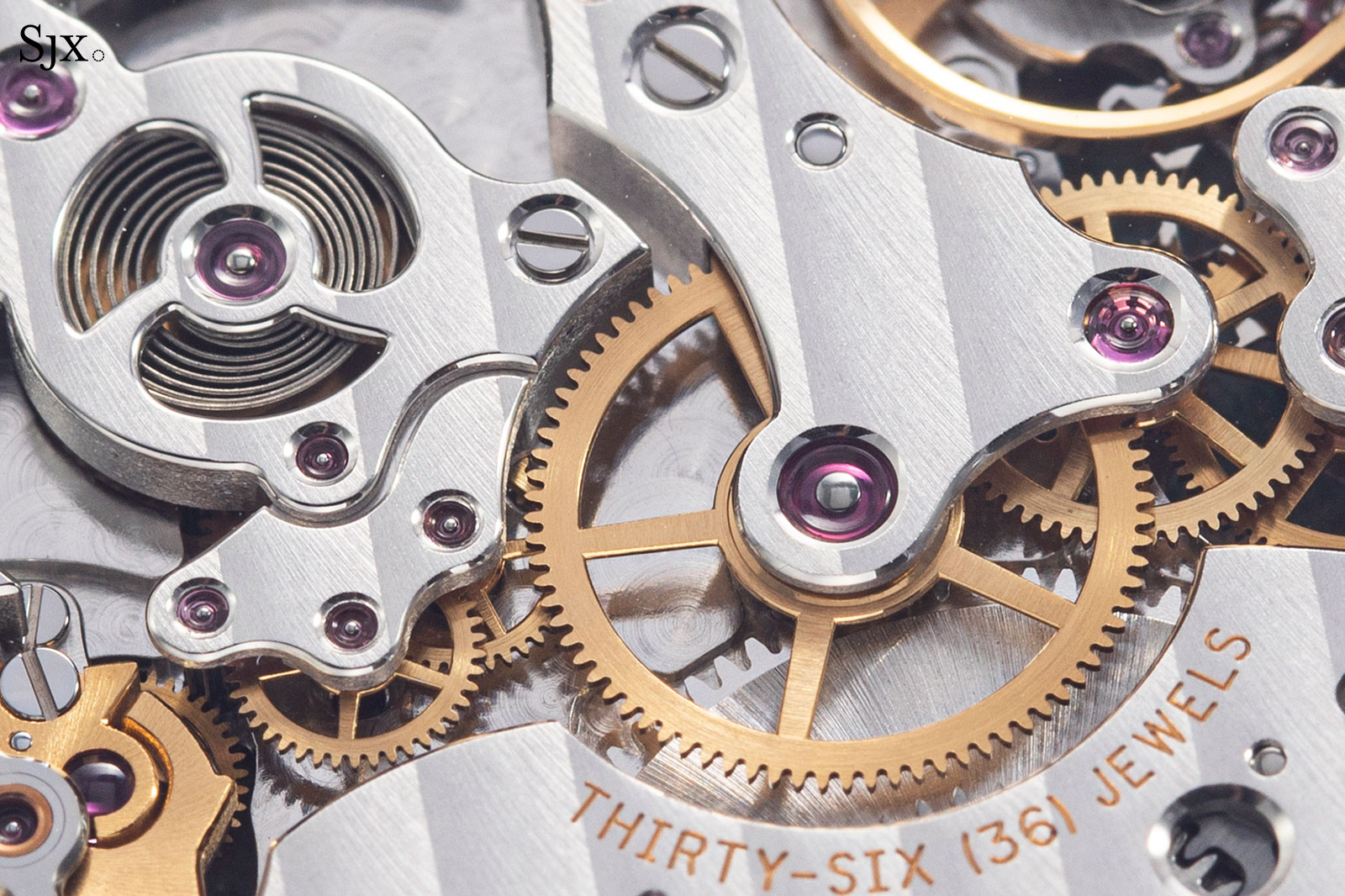 All of the inward angles on the bridges, for instance, are rounded rather than the sharp angles that require more manual finishing. This is the case for both the rhodium-plated brass bridges, but also the black polished steel bridge for the governor. Similarly, the countersinks are polished, but not to the same mirror-polish as the bevelled edges. Some of Vacheron Constantin’s more complex, and much pricier, Les Cabinotiers watches do have such finishing (see the cal. 2755 below), so it might all be a matter of price segmentation – though this is already an extremely expensive watch. 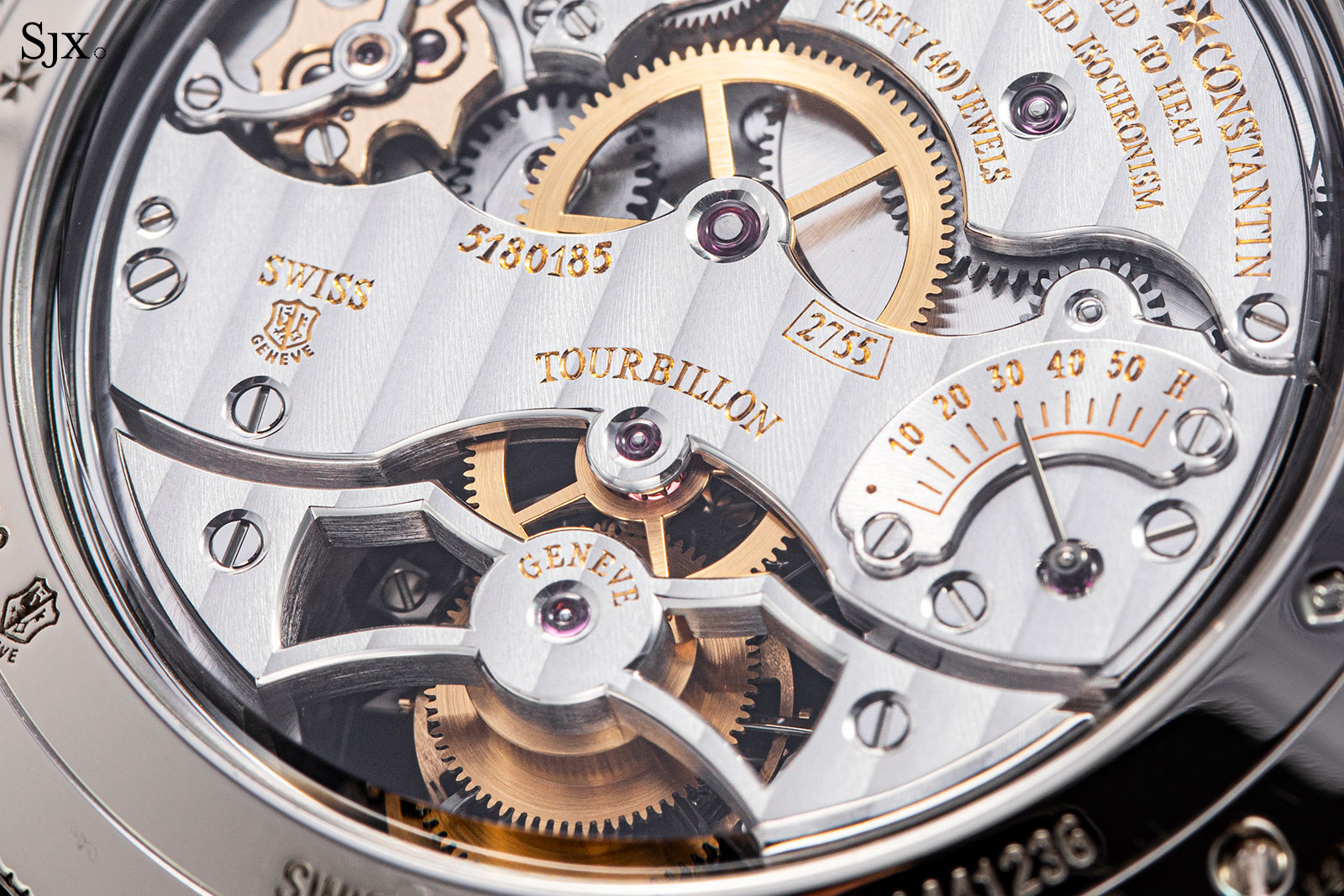 The next level of finishing – the cal. 2755 with tourbillon and minute repeater

The Romantic Note is a beautifully executed watch that manages to blend a touch of modernity into its design by subtly tweaking the typography. And its thinness means it wears well.

But the movement finishing should have gone a step further, especially since this is a custom watch with a six-figure price.

Limited edition: Unique piece
Availability: Only at Vacheron Constantin boutiques
Price: Upon request (as a reference, the standard Patrimony repeater is priced at about US$350,000)