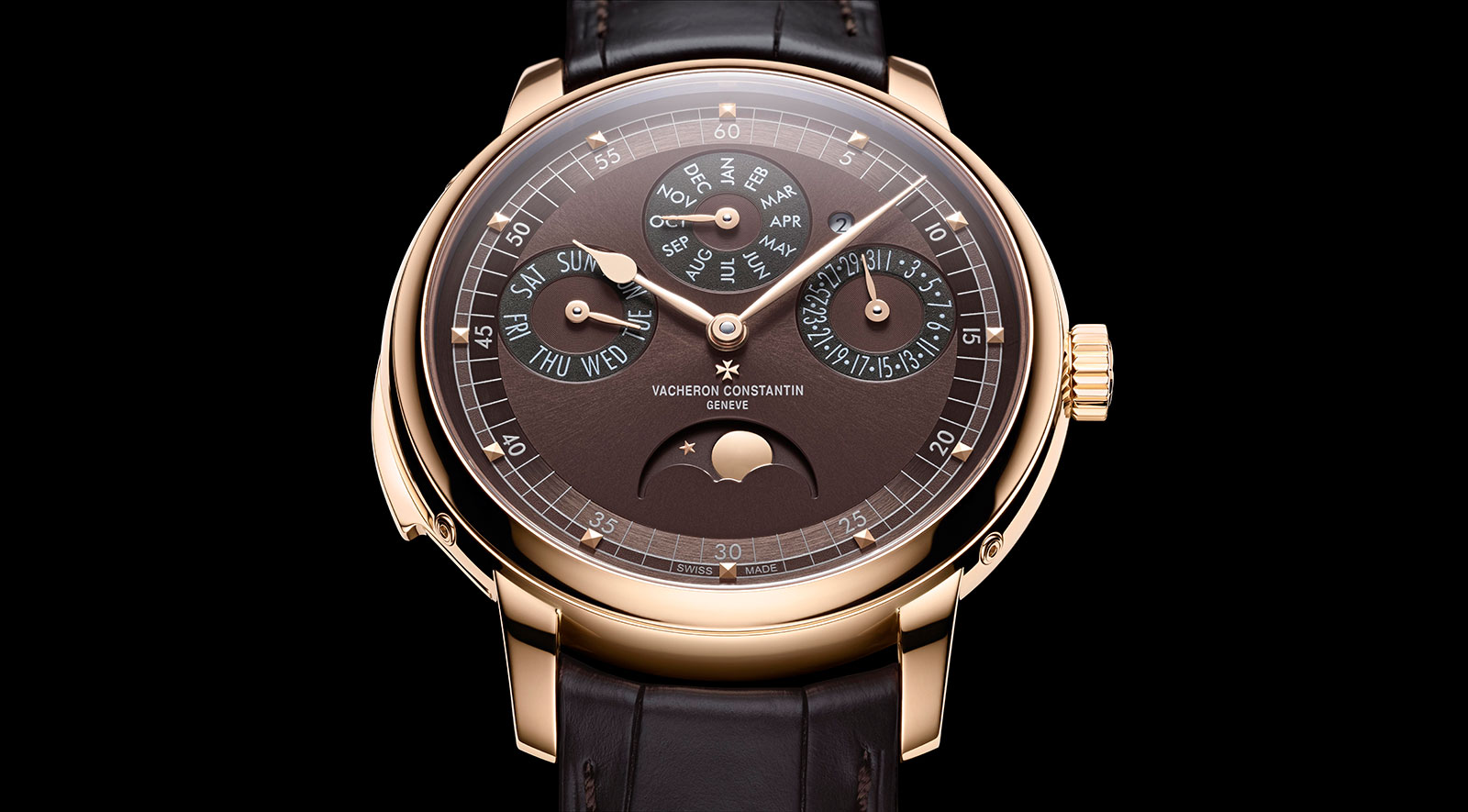 Having unveiled two unique Les Cabinotiers watches prior to SIHH 2019, Vacheron Constantin has now unveiled a third one-of-a-kind creation for the year, this time powered by the ultra-thin minute repeater Calibre 1731.

At just 3.9mm thick, the hand-wound Calibre 1731 was the thinnest minute repeater on the market when it was introduced in 2013. Named after the birth year of brand founder Jean-Marc Vacheron, the Calibre 1731 is combined with a perpetual calendar module here, raising its height to 5.7mm in height and becoming the Calibre 1731 QP. Composed of 438 parts, it has a frequency of 3Hz and a 65-hour power reserve.

Two examples were produced, one each in white and pink gold, with the case measuring 42mm diameter and 10.44mm in height. The white gold version gets a blue dial, while the pink gold watch gets a brown dial, both with a matching moon phase discs. Both the applied hour markers and moon are in 18k gold. Designed with a traditional, four sub-dial layout, the dial is balanced and clean, with a discreet leap year indicator in a small aperture at one o’clock. The sapphire crystal caseback reveals the Calibre 1731 QP. Visible on the top is the spring which powers the hammers. The spring is wound by pulling the slide on the side of the case, then unwinds to power the repeater. The rate at which the spring unwinds is regulated by the silent governor, a gilded, cross-shaped device held under its own bridge.

As the governor spins, its wings spread apart, creating air resistance to moderate its own rate of spin, operating silently as compared to the mechanical buzz of a traditional governor. The design and layout of the bridges lend themselves well to finishing with the bridges having several bevelled sharp outwards points and two inward ones. As with all Vacheron Constantin’s mechanical movements, the Calibre 1731 QP bears the Poincon de Geneve, or Geneva Seal.

Each Les Cabinotiers Minute Repeater Perpetual Calendar (ref. 6610C/000G-B511) is a one-of-a-kind creation and the price is only available upon request. Further customisation is also possible.