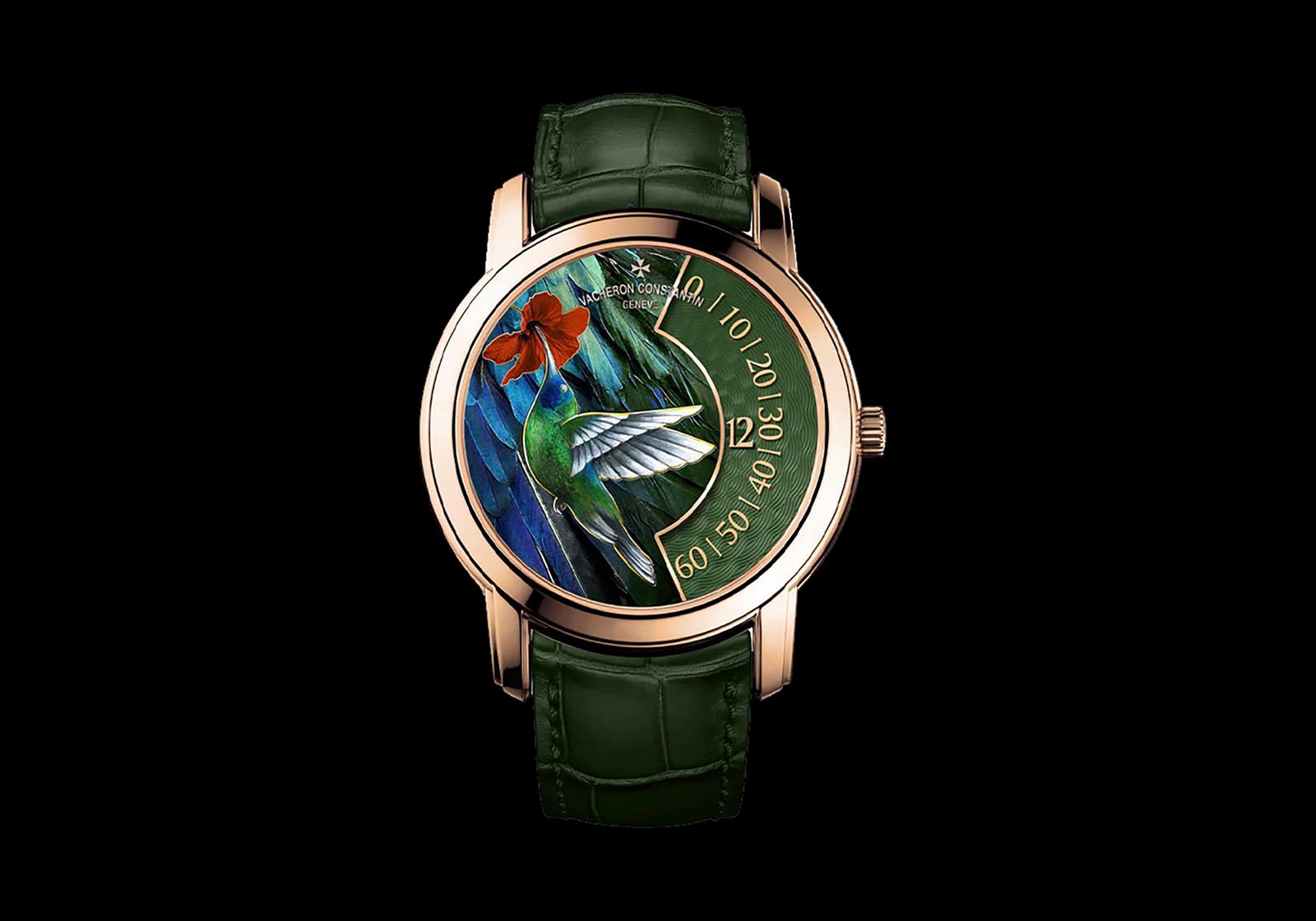 The “Singing Birds” watches interpret the overmatching musical motif artistically with songbirds, rather than literally with striking watches as most of last year’s watches were. Available in four different unique executions, the watches feature dials that combine an engine-turned time display with champleve enamelling, each depicting a different bird – hummingbird, blue jay, blue tit, and robin. 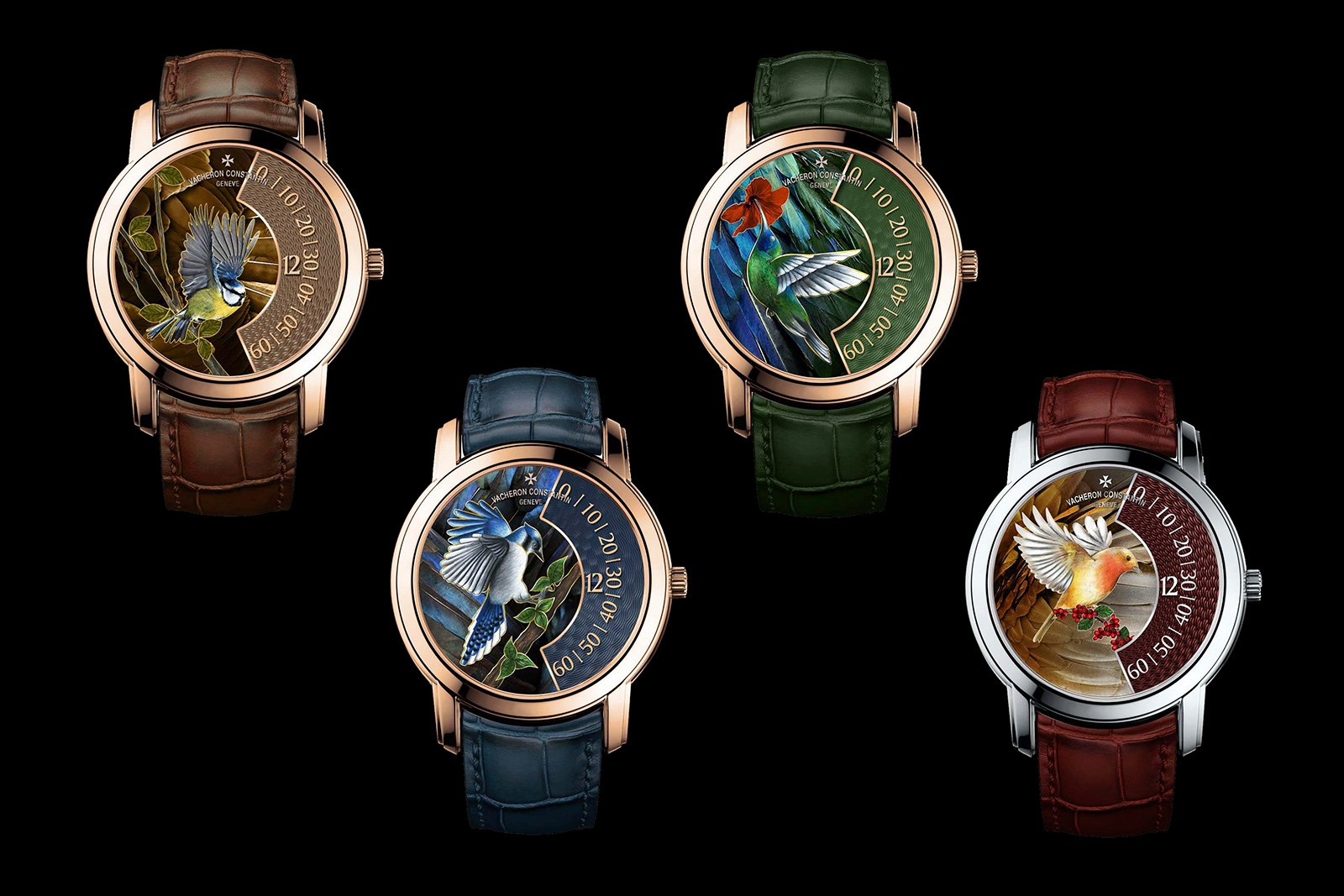 But the watch is more than brightly-feathered aesthetics, it also features a wandering hours display. Though the complication originated 17th century clocks, it remains relatively rare, with the most famous modern-day examples being the Audemars Piguet Star Wheel and Urwerk. Vacheron Constantin has only ever utilised the wandering hours on limited edition or unique timepieces, like the Métiers d’Art Savoirs Enluminés of 2016.

The current hour is displayed across an arc marked out in minutes – as the hour “wanders”, it simultaneously indicates the minutes. It takes an hour for the number to cover the arc, and as it disappears on the far right, the next hour numeral rotates into position at the far left. Notably, instead of showing the hours on revolving discs as is convention for wandering-hour displays, Vacheron Constantin has instead oped for solid, 18k gold numerals on a trio of four-armed carriages, with the entire mechanism driven by Maltese cross-wheels and a planetary gear. 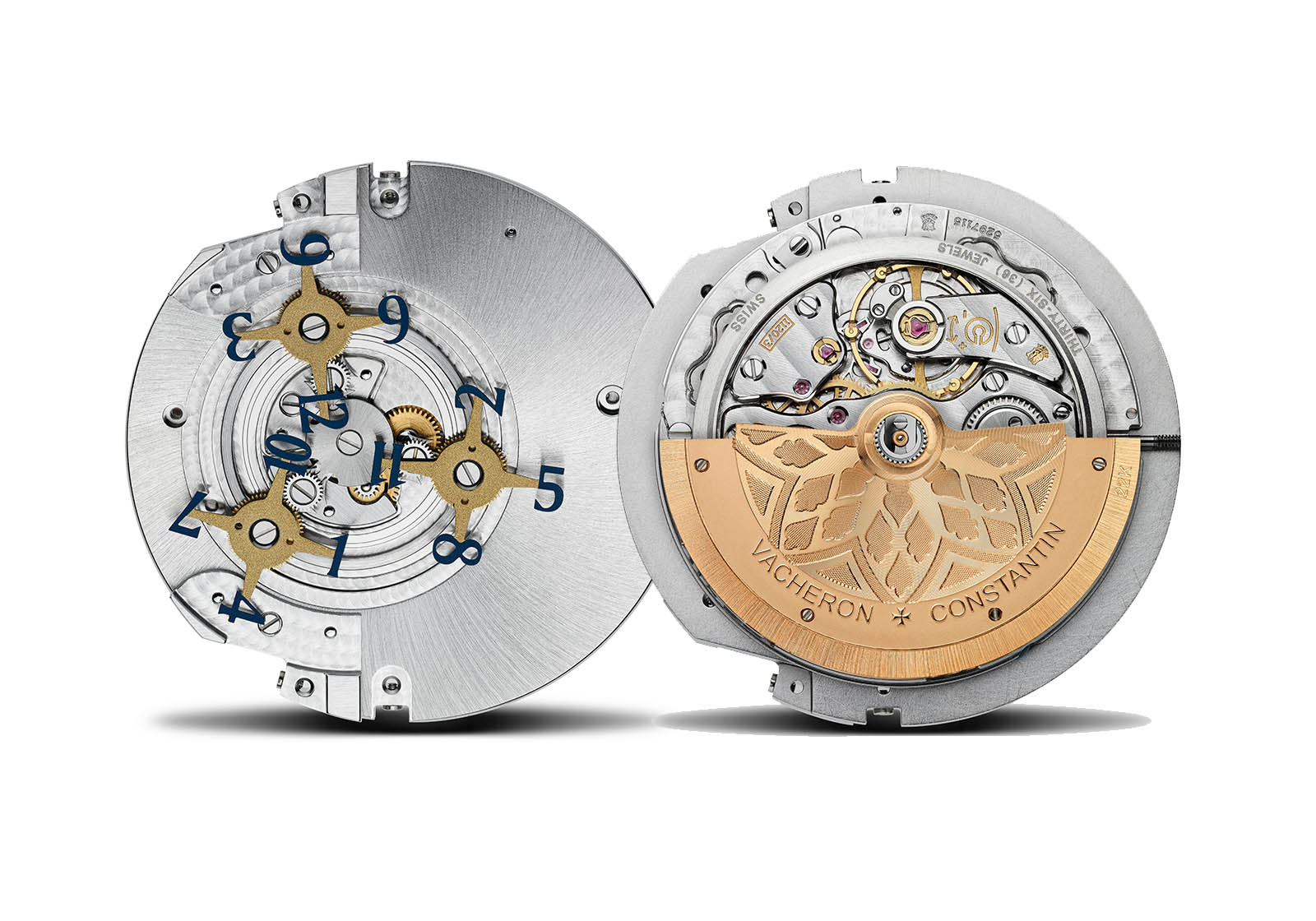 Measuring 40 mm wide and 12.37 mm high, the case is a classic beauty with elegant, fluted lugs. Naturally, the focal point of this watch is the dial, which is made of two parts, both solid gold.

The upper dial form the canvas for the songbird and is executed in rich champlevé enamel that’s made up of as many as 10 colours, some in subtly-graded shades to achieve depth and shadow. Translating as “raised background”, champlevé enamelling starts with a solid gold dial that is engraved with the motif. The engraved recessed are then hand-painted with vitreous enamel that’s fired in an oven to set.

And set one level below is the guilloché dial with the hour scale that’s decorated with a basket-weave pattern engine-turned by hand. 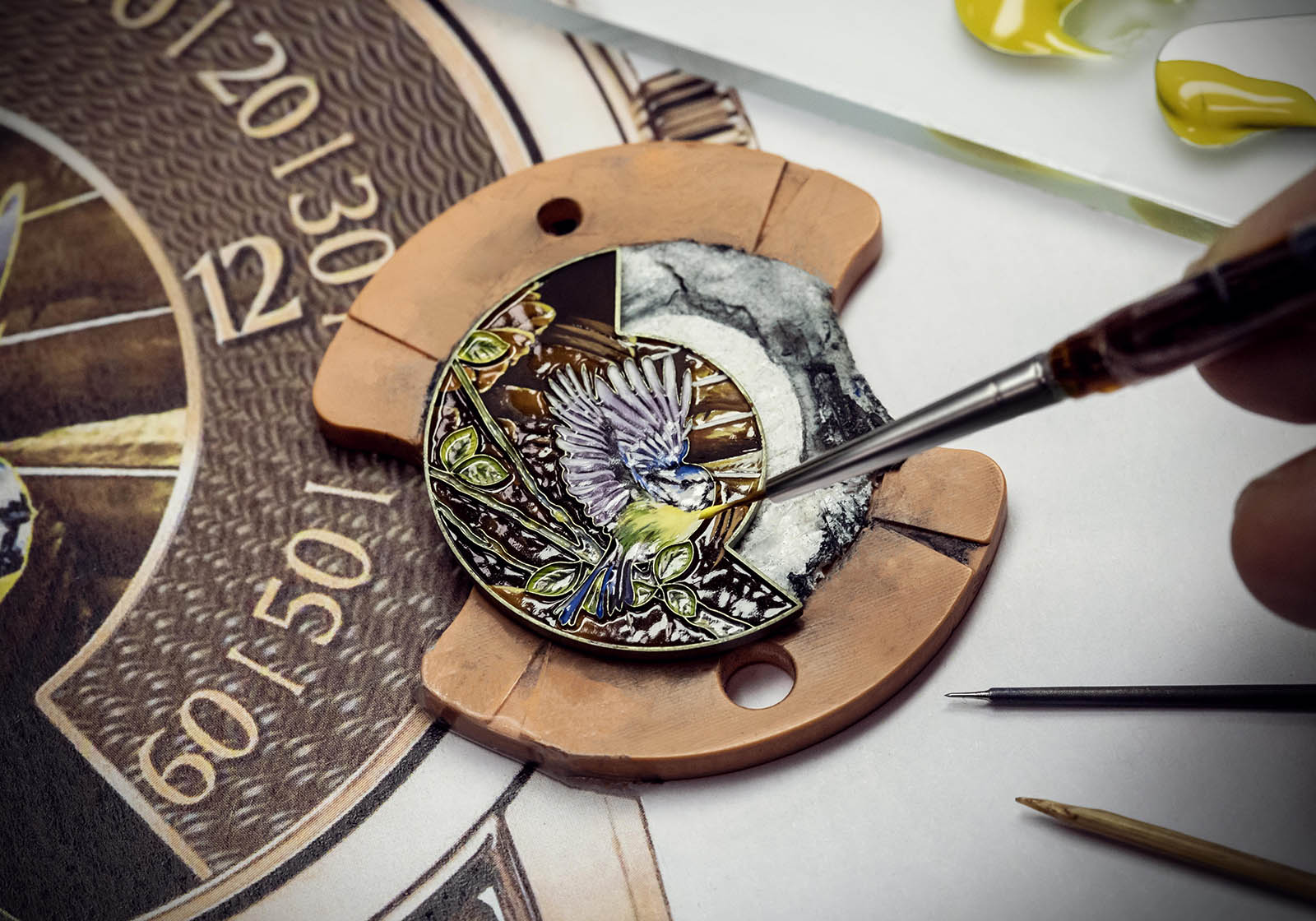 Inside is the cal. 1120 AT dressed up with a 22k gold rotor decorated with an unusual flower-petal guilloche. The movement is also equipped with a free-sprung balance wheel and a 40-hour power reserve.

Though now produced in-house by Vacheron Constantin, the cal. 1120 was originally the Jaeger-LeCoultre cal. 920 that made its debut more than half a century ago. The movement is the only JLC calibre supplied to the “holy trinity” of Swiss watchmaking – Audemars Piguet, Patek Philippe and Vacheron Constantin – but is more famous for being found in both pioneering luxury sports watches, the Royal Oak ref. 5402 of 1972 and Nautilus ref. 3700 of 1976.

Limited edition: Each a unique piece
Availability: Sold individually, only at boutiques
Price: Upon request