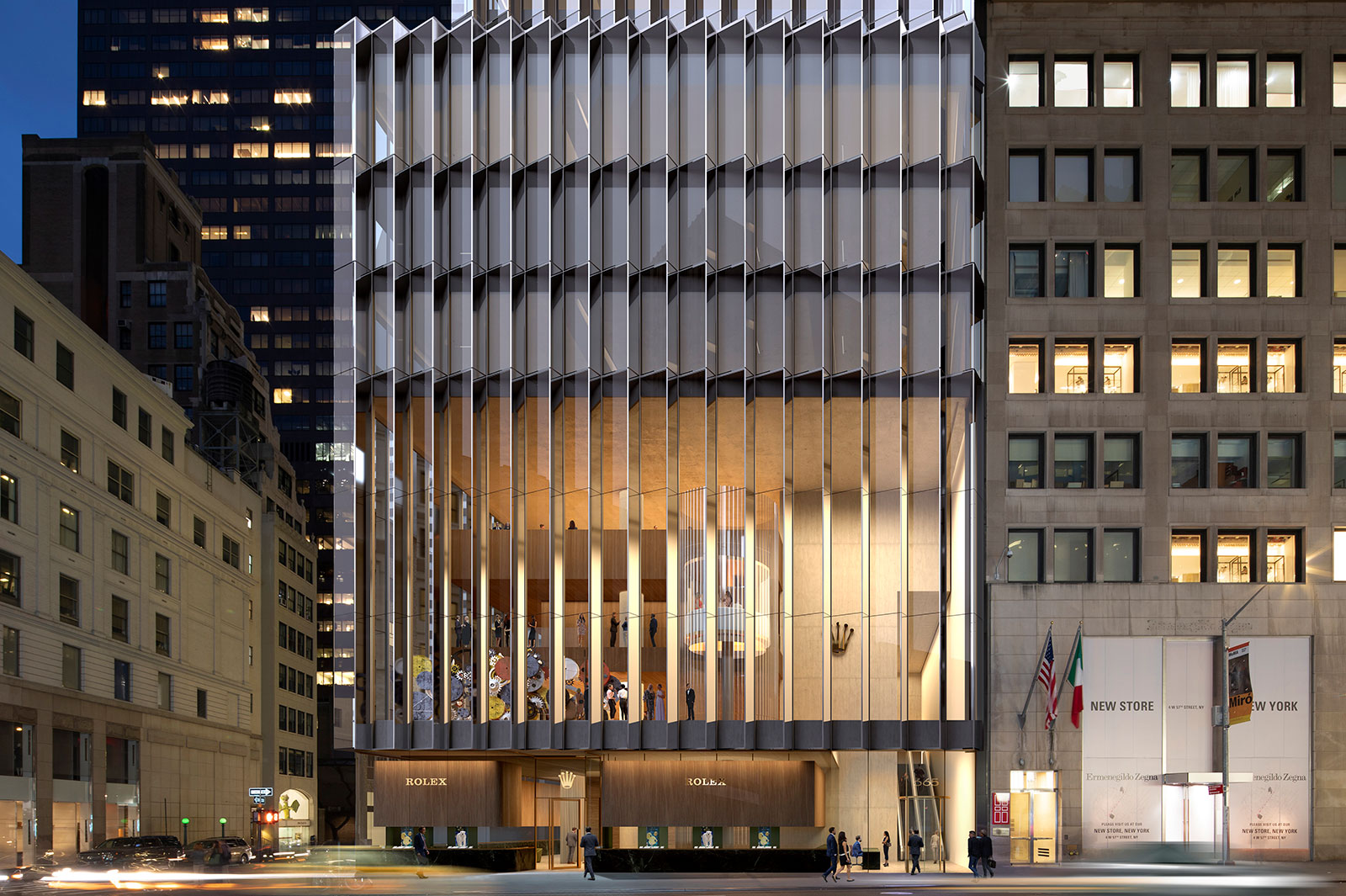 A year after the opening of the Rolex Building in Dallas, designed by Japanese architect Kengo Kuma, London-based David Chipperfield Architects just announced it won an international design contest for the new Rolex skyscraper in New York City, beating out big names like Foster+Partners and Bjarke Ingels Group (which designed the new Audemars Piguet museum), according to industry publication Architects’ Journal.

“Our team is committed to creating an exemplary building befitting the heritage and culture of the Rolex brand, as well as its prominent 5th Avenue location,” says Mr Chipperfield, speaking in the press announcement.

Modernist and fronted entirely in glass, much like the rest of its work, the Chipperfield design will replace the watchmaker’s existing building located at 665 5th Avenue, on the corner with 53rd Street. Originally built for Danish silversmith Georg Jensen in 1924, the 12-storey building was revamped with a glass and aluminium facade when Rolex acquired it in 1977 for its American headquarters. 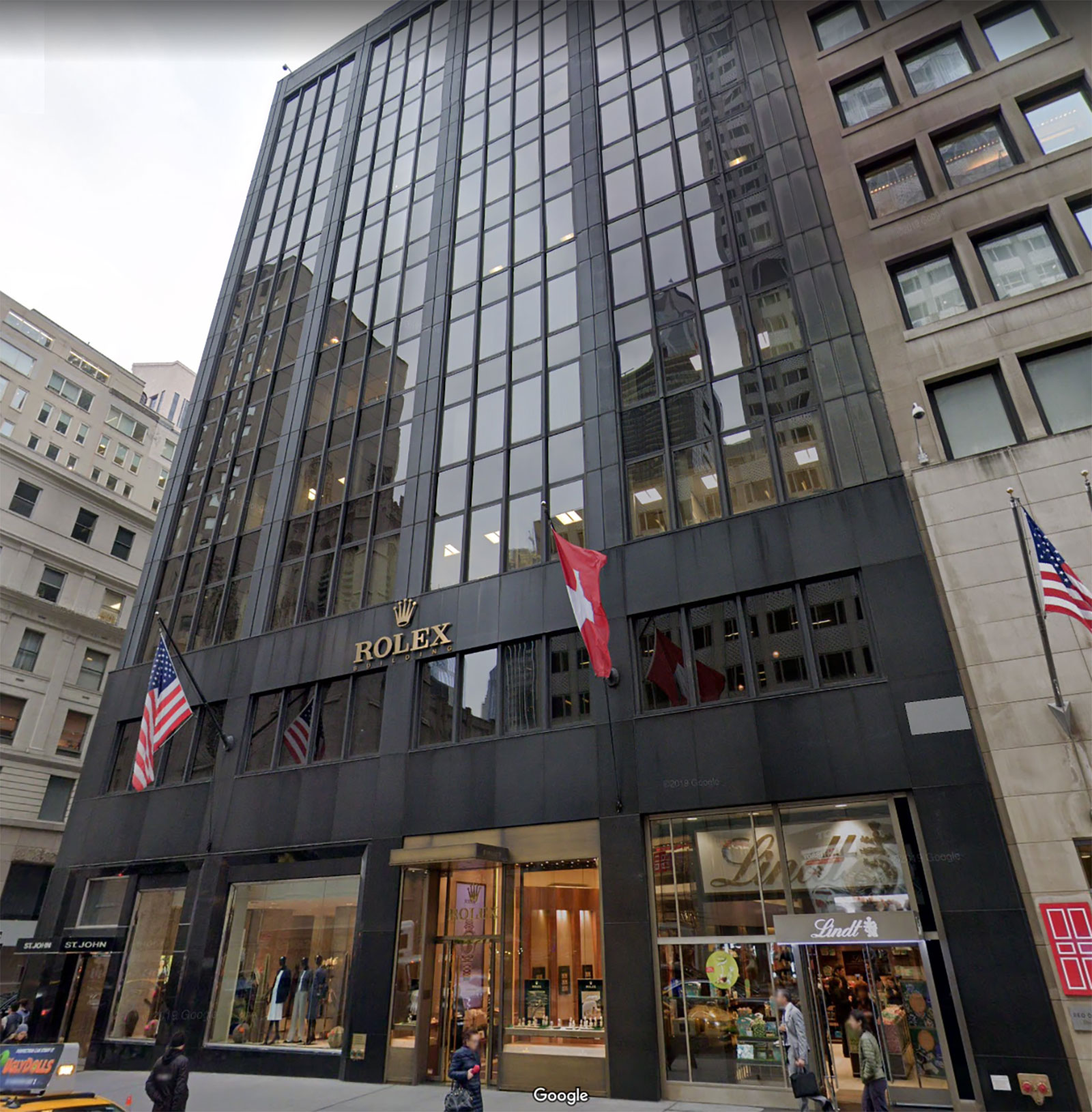 The current Rolex Building, home to the company since the 1970s. Image – Google Maps 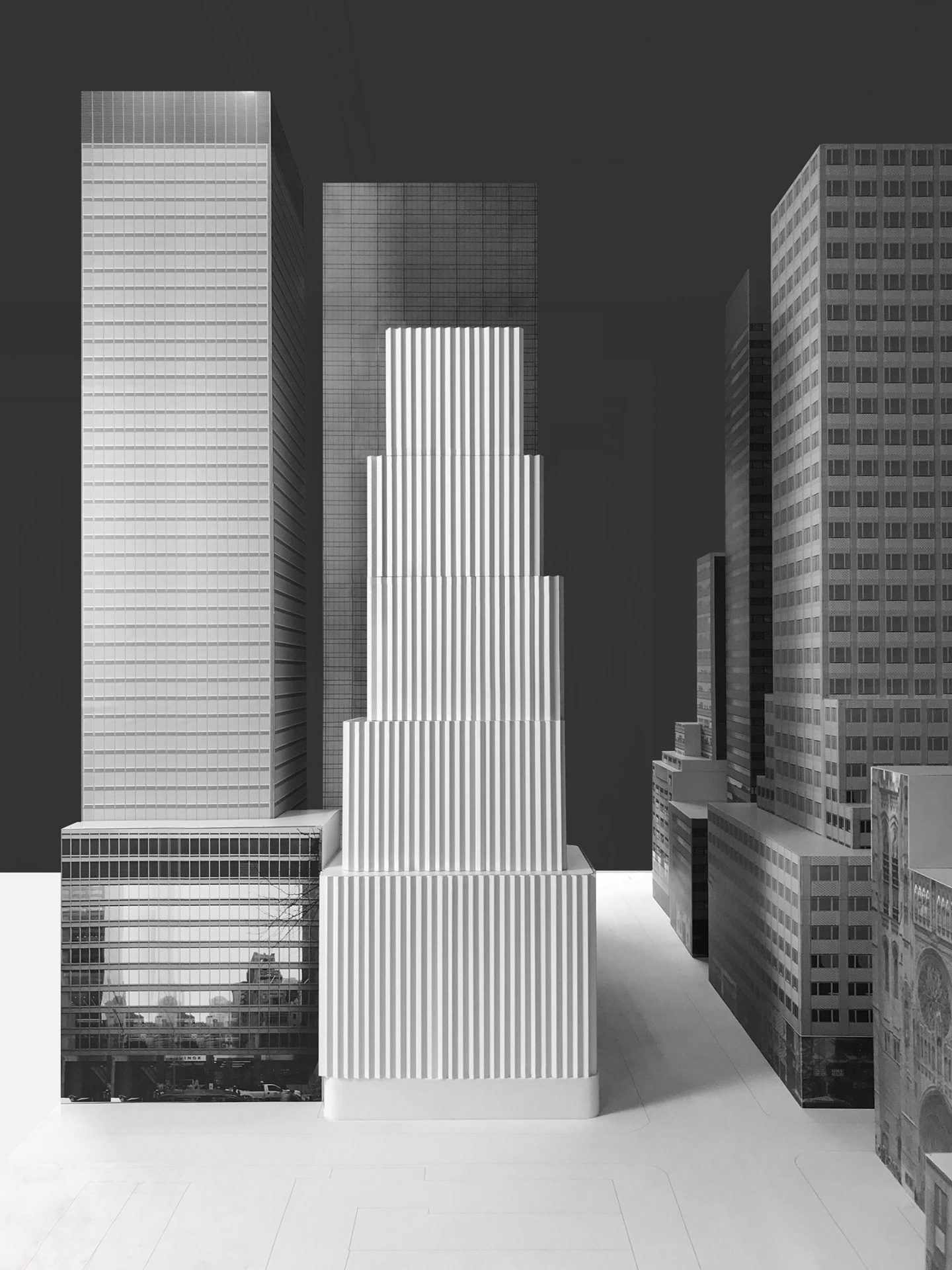 According to industry lore, the then chief executive of Rolex, Andre Heiniger, decided to buy the 5th Avenue building during a visit to the United States, closing the deal before getting the approval of the company’s board. Heiniger also led Rolex to acquire several dozen locations around the world for its local offices, all situated in the poshest shopping or business districts – which have proven to be magnificent investments. 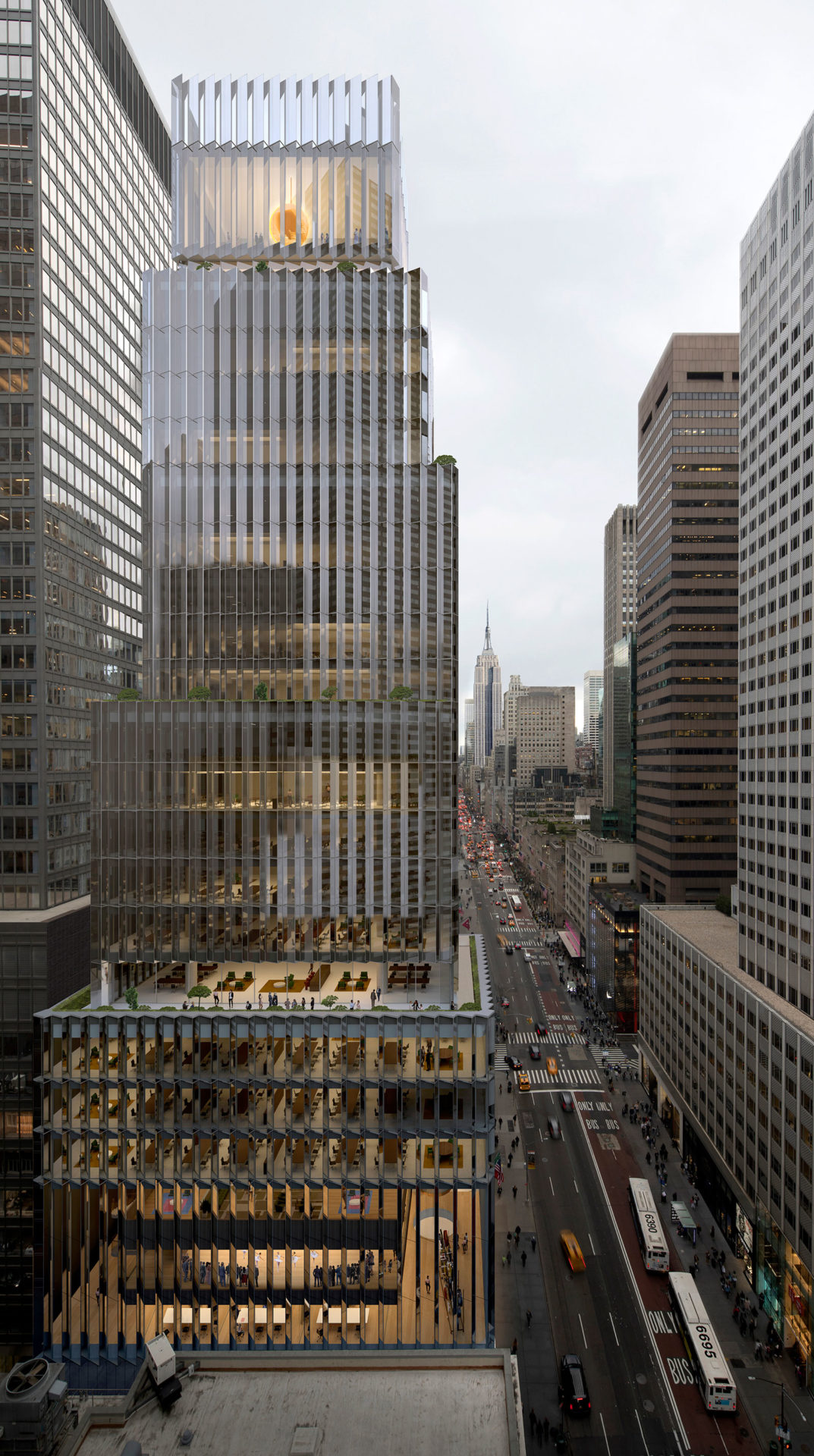 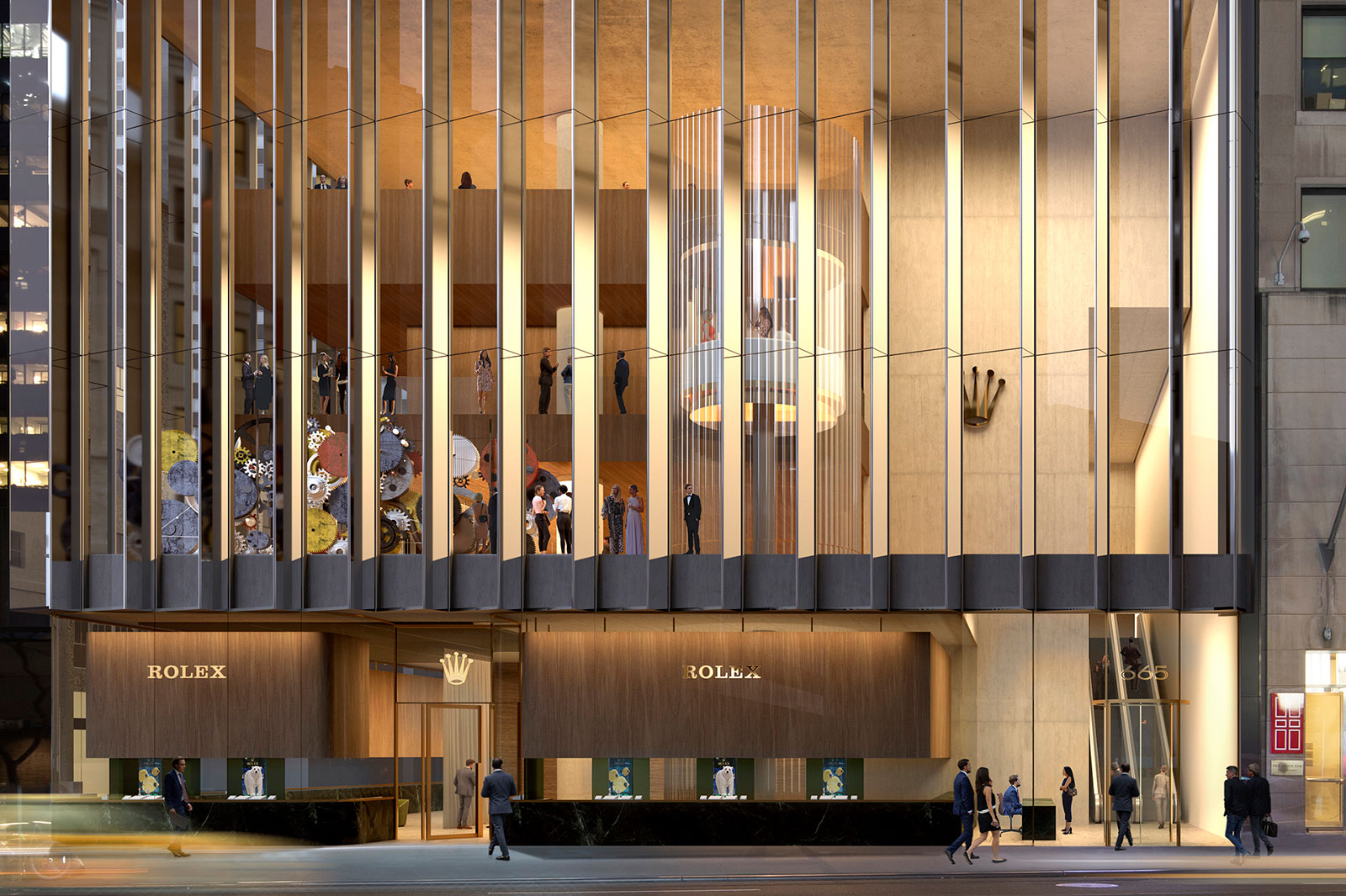 Made up of a series of glass boxes covered in horizontally stepped, vertical glass panels, the new building will be 25 stories and 165,000 square feet, which will house the offices of Rolex Watch USA Inc. as well as an expansive Rolex boutique on the ground floor (the current building also includes a boutique run by Wempe).

The building will also be designed to qualify for LEED Platinum, the highest level of environmental friendliness and sustainable energy consumption certified by Leadership in Energy and Environmental Design (LEED).