A seemingly standard Universal Genève Polerouter, lot 860 undoubtedly has the most notable provenance of the watches in the upcoming Phillips x Blackbird thematic auction – it was once owned martial arts legend Bruce Lee.

Much like the watch owned by Elvis Presley that became the most expensive Omega ever when it sold for US$1.181m last year, Bruce Lee’s Polerouter is ordinary in itself. The watch is an example of a 1950s Polerouter with a gold-plated case, attached to an equally well worn cuff-style leather strap.

But it is accompanied by a letter of provenance from the former owner stating that the watch was gifted to the owner’s father, Herb Jackson, by Bruce Lee. Jackson was one of Lee’s earliest students and also a close friend who constructed much of Lee’s martial arts training equipment. 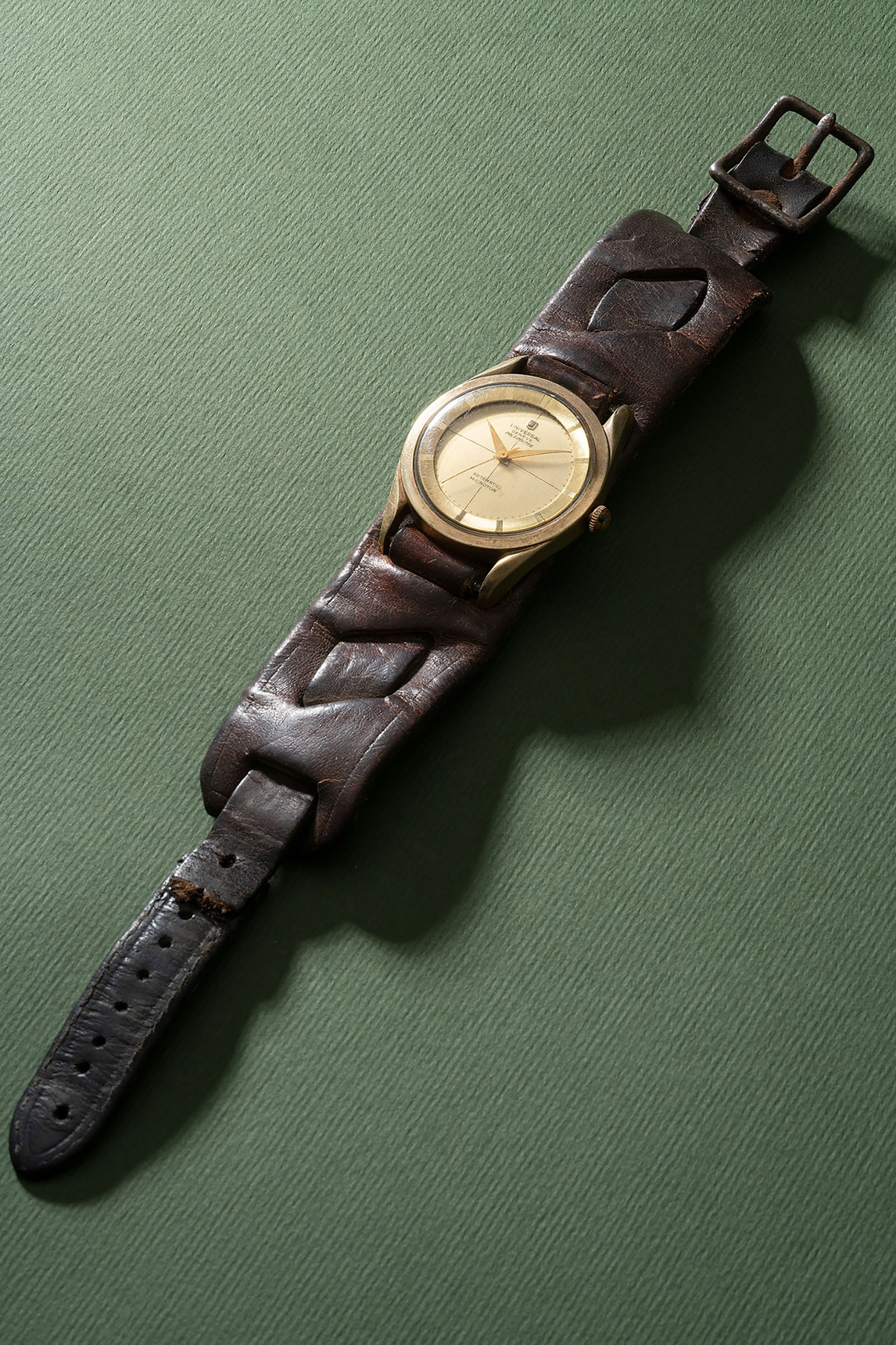 An interesting historical aside is the fact that the Polerouter was designed by a young Gérald Genta in the early 1950s. Developed as an antimagnetic timepiece for the pilots of Scandinavian Airlines (SAS), the watch was issued to the pilots of the inaugural SAS flight from Copenhagen to Los Angeles, which went over the North Pole and its stronger magnetic fields.

Initially named the Polarouter, the watch was given to SAS pilots and management, with the company timepieces having the SAS logo on the dial.

The Polarouter was powered by a bumper automatic – an early and inefficient type of self-winding mechanism – which was eventually replaced by the cal. 215 micro-rotor movement. And it was also renamed the “Polerouter”, as is the case with this example.

The Bruce Lee Polerouter has no reserve, but is estimated at US$10,000-20,000. More information can be had on Phillips.com.