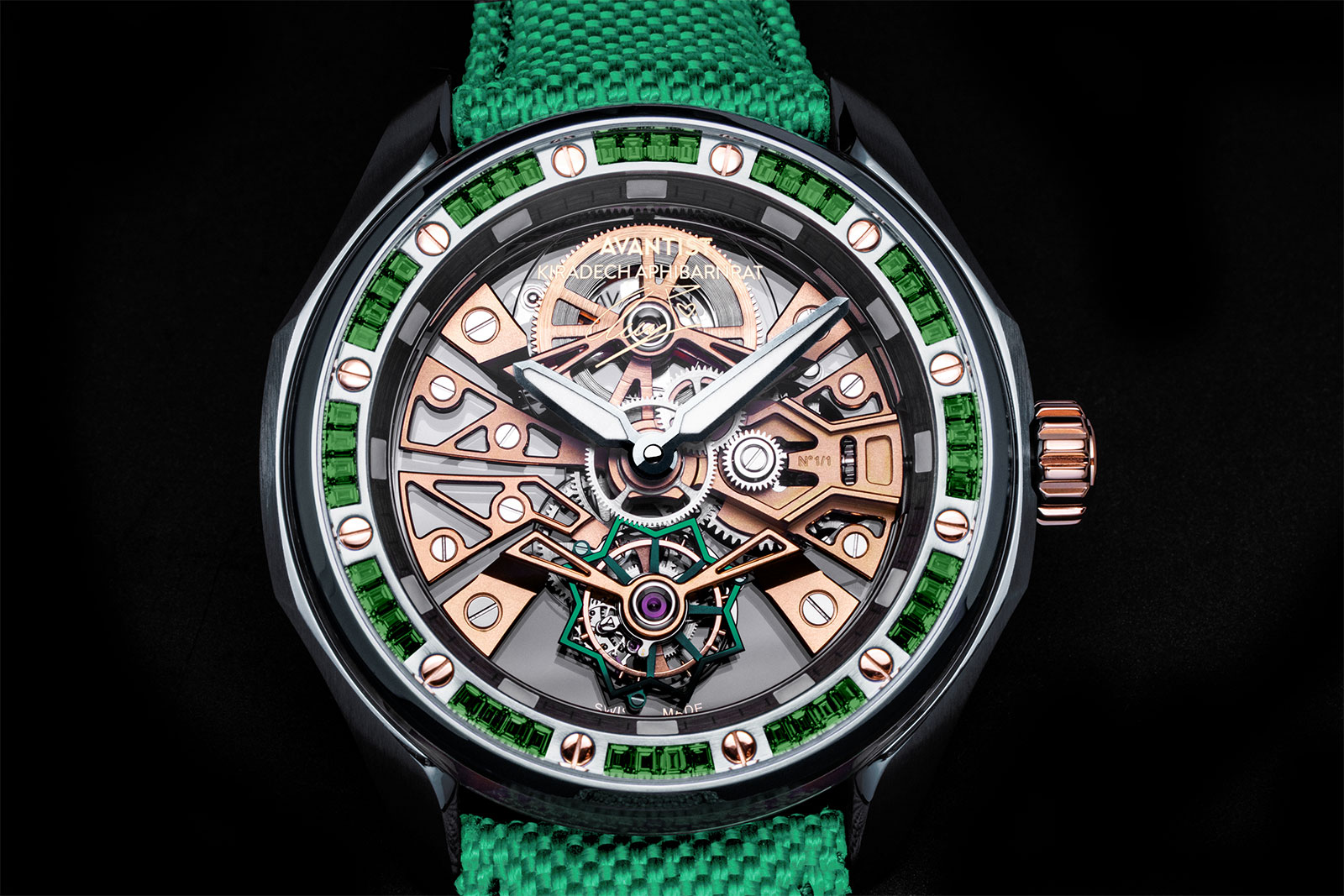 Established in 2015 by Bruneian entrepreneur Keeran Janin, Avantist differs from its startup peers with watches that are high-end complications, mostly created in collaboration with notable sportsmen and women. Its first watch incorporated strings from raquets used by tennis champion Martina Navratilova during her Grand Slam title wins.

And the latest is a skeleton tourbillon made for Thai golfer Kiradech Aphibarnrat. Better known by his nickname “Arm”, Mr Aphibarnrat is currently ranked 42nd in the world, and has 11 professional wins to his name.

He is also known for his flashy lifestyle and is often wearing a Richard Mille or Royal Oak. With its striking colours and open-worked movement, the Arm Edition Sapphire Tourbillon Watch is very much in the same vein. 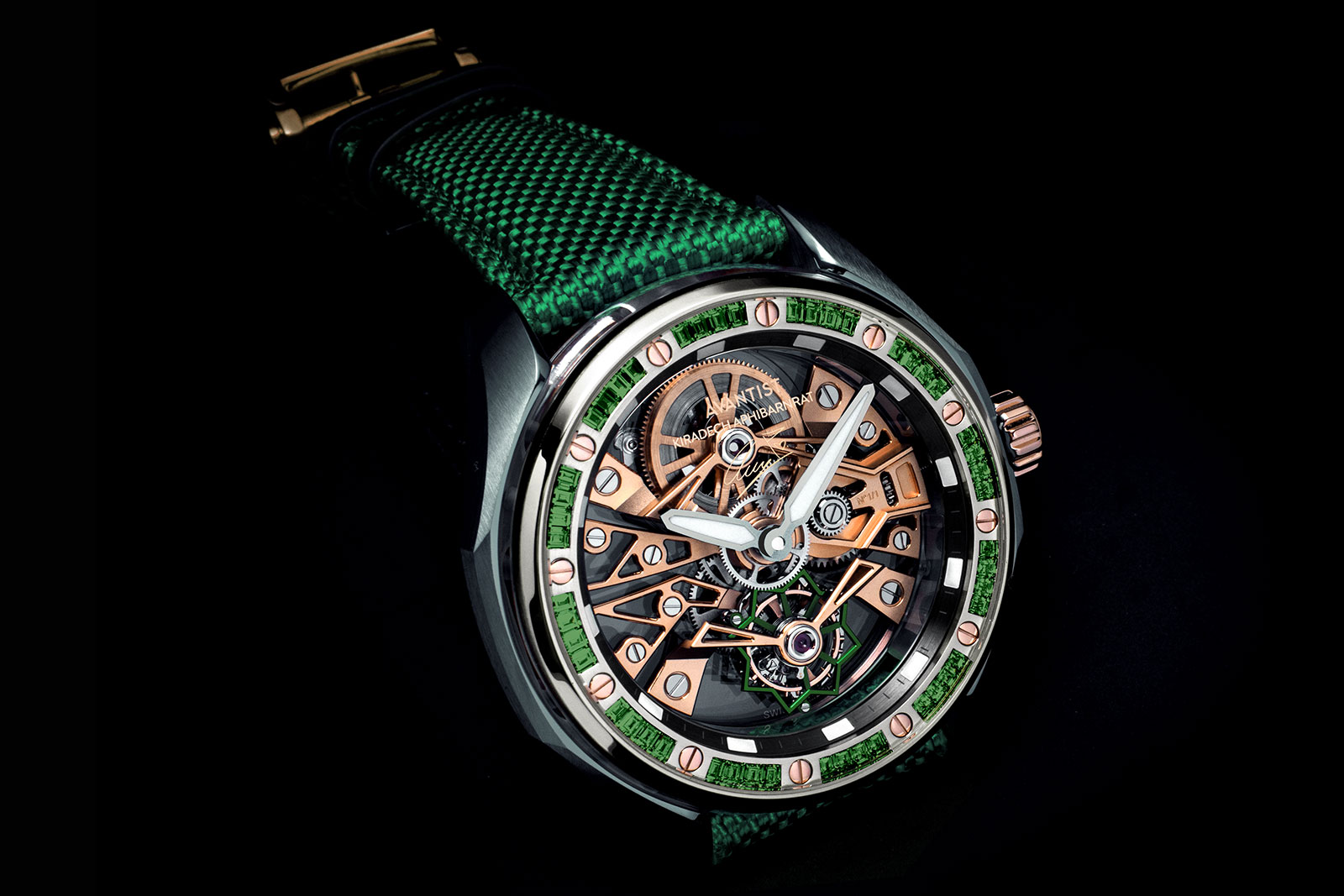 It’s powered by a skeletonised movement with frosted, rose gold bridges sitting on a clear sapphire base plate. The tourbillon cage is in green, to match Mr Aphibarnrat’s personal colour, which is also echoed in the baguette-cut tourmalines on the bezel. 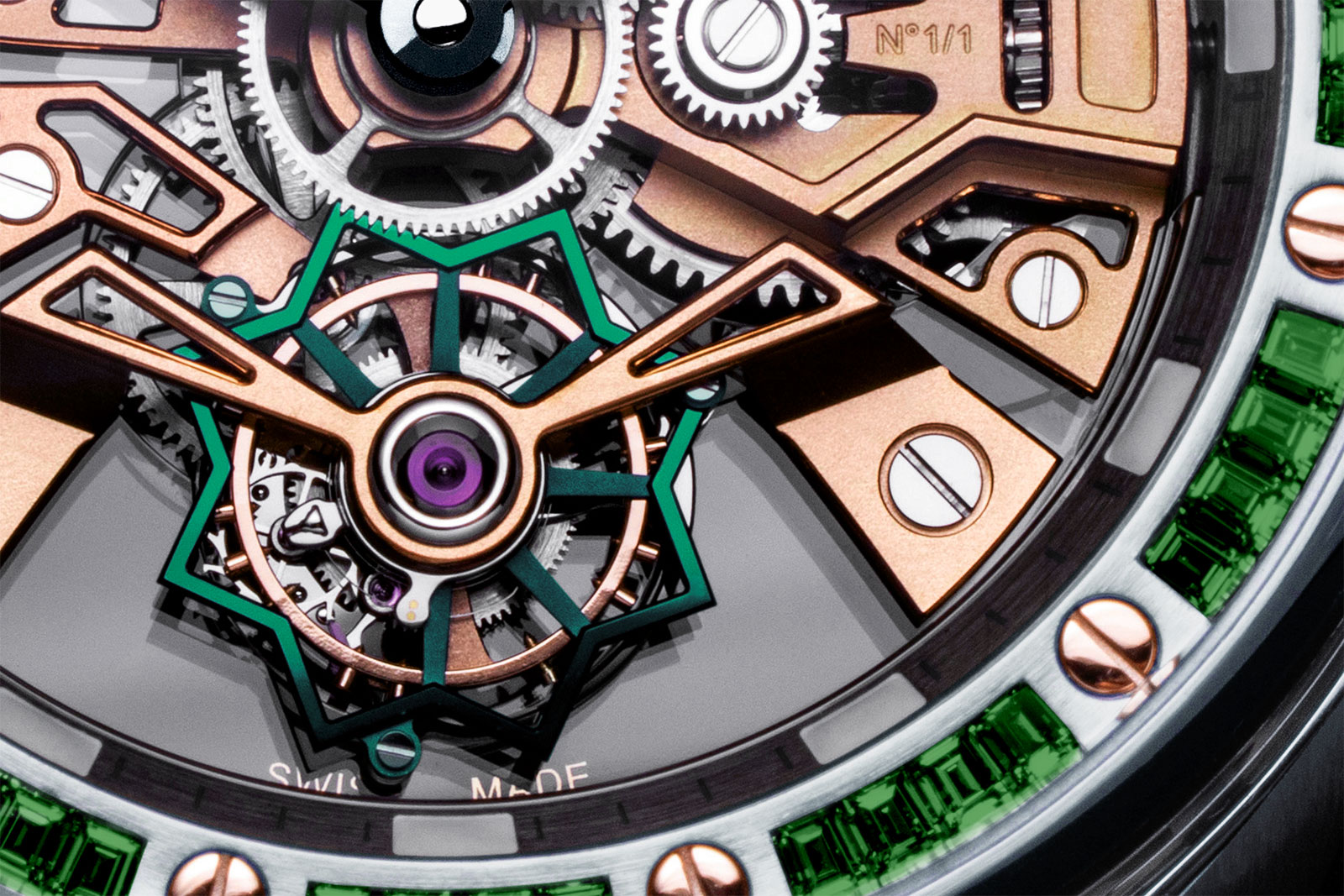 The movement is derived from the cal. 8100 produced by Concepto, a well regarded complications specialist founded by Valerian Jaquet that supplies movements to numerous independent watchmakers.

Mr Jaquet is the son of Jean-Pierre, who once led movement developer Jaquet (which later became La Joux-Perret) before legal issues and ensuring jail time ended his career.

The watch case is also sapphire crystal, essentially a sapphire donut that holds the movement with titanium flanks and lugs attached to each side. The crown and screws securing the bezel are in rose gold. 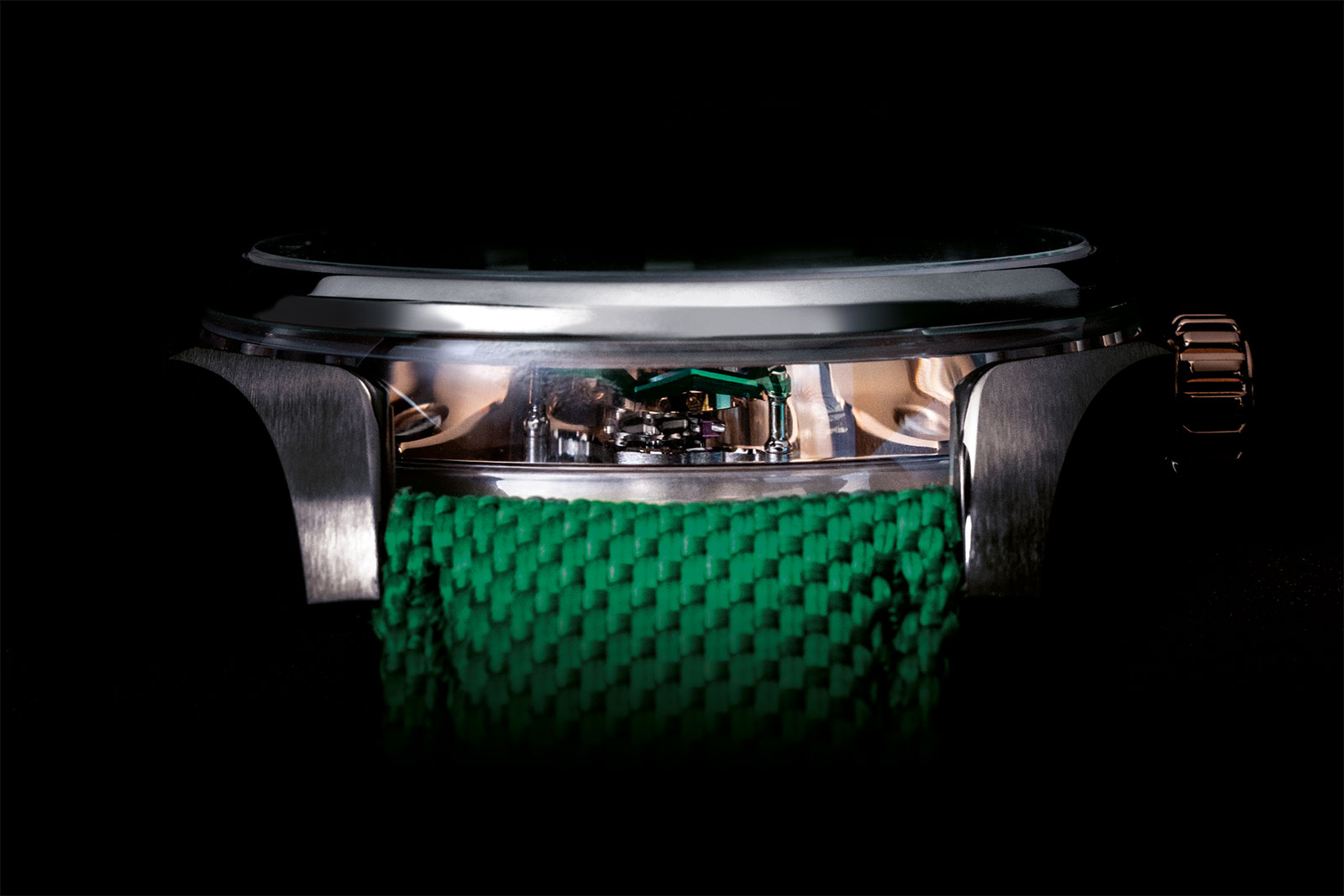 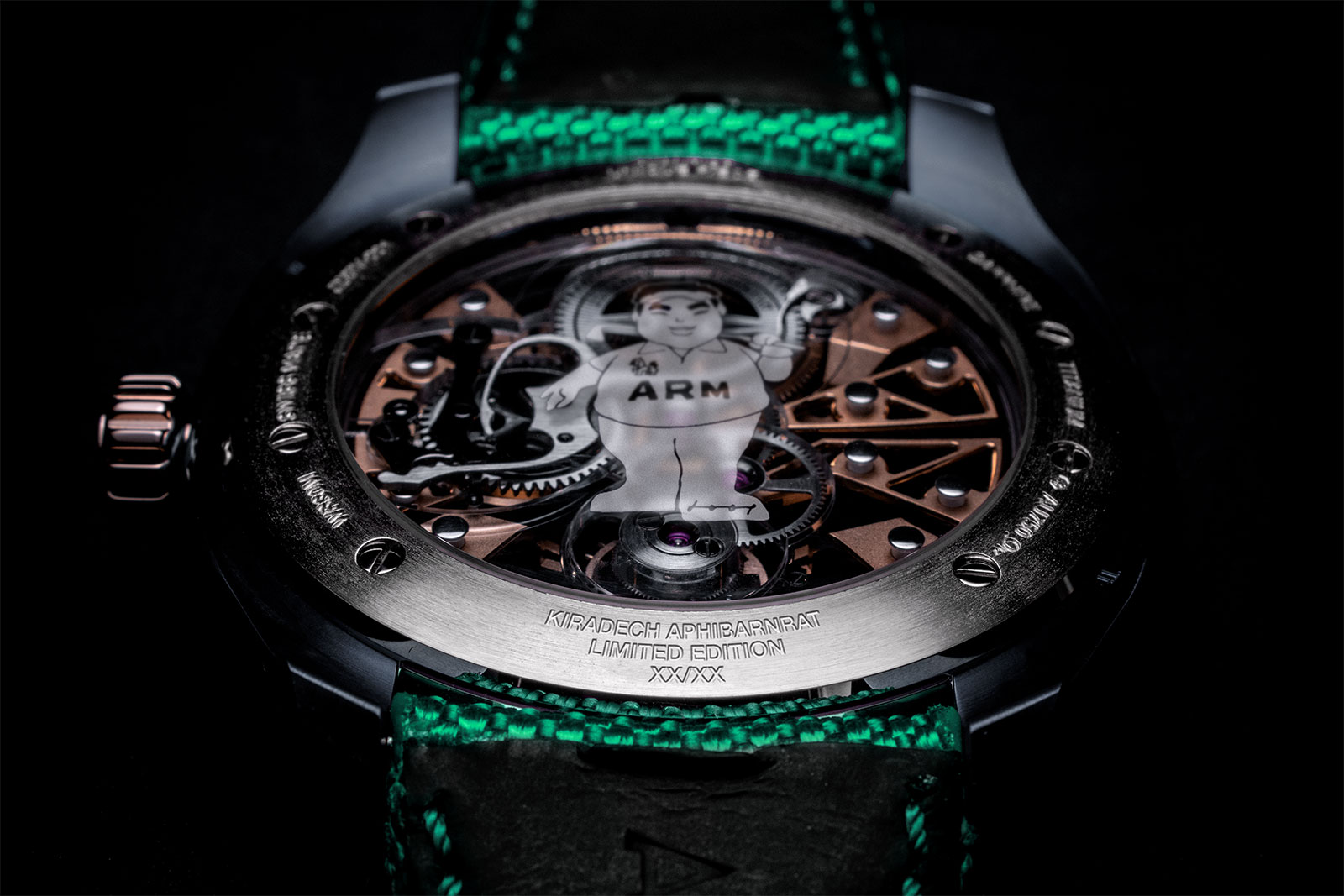 The Arm tourbillon is similar to the one-off Majesté tourbillon Avantist unveiled two years ago, conceived as a gift for Sultan Hassanal Bolkiah of Brunei. Powered by the same calibre, the Majesté had the names of the Sultan’s children engraved on its bezel.

Limited to nine watches, the Arm Edition Sapphire Tourbillon (ref. ARM1-XX/09) is priced at US$262,000, and it is available direct from Avantist.