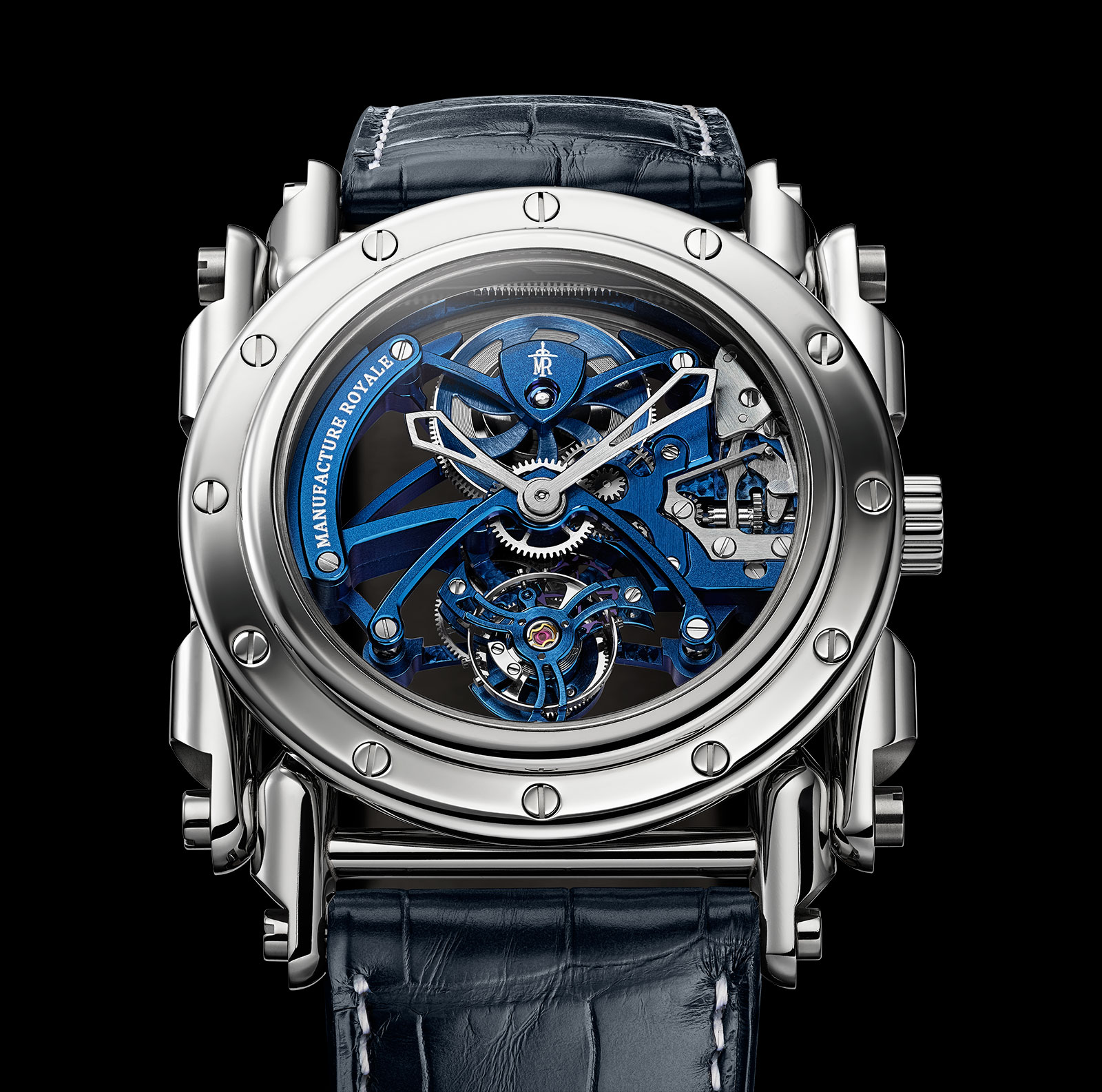 Manufacture Royale’s latest is a variation of its Androgyne Origine tourbillon, characterised by a large, peculiar and mechanical-looking case. The Androgyne Royale is equipped with a skeleton movement with the bridges, base plate and tourbillon cage finished with a bright blue or grey coating.

The Androgyne watch case is instantly recognisable, 43mm in diameter with articulated, screwed lugs and very large screws on the bezel for a steampunk-ish look. At 10.2mm high, however, the case is slimmer than expected given the styling. While the case is an acquired taste, the movement is more easily digestible. The MR06 calibre inside is hand-wound with a flying tourbillon regulator with a silicon escape wheel. The movement has been open-worked in a modern style, forming long, arching bridges. This reveals the linear layout of the movement, one that’s typical of most tourbillons, with the mainspring at 12 o’clock, gear train in the centre, and tourbillon at six. Manufacture Royale is named after the short-lived watch factory established by Voltaire while he was living in Geneva after being banned from Paris by the French king; perhaps also explaining the origin of the apocryphal quote oft attributed to him: “If you see a Swiss banker jumping out of a window, follow him, there is surely money to be made.”

Though small in scale with only a handful of models in its catalogue, Manufacture Royale enjoys the advantage of having its own movement factory in the form of sister company TEC Ebauches. This has allowed the brand to develop watches with in-house movements that are priced competitively, like the novel 1770 Voltige.

In a similar vein, the Androgyne Royale is priced at US$61,600 or SFr56,000, a lot of money but not so much as such watches go. This puts the Androgyne in the same ballpark as similar watches from a similarly equipped and positioned brand, Arnold & Son (and by extension its sister company Angelus).