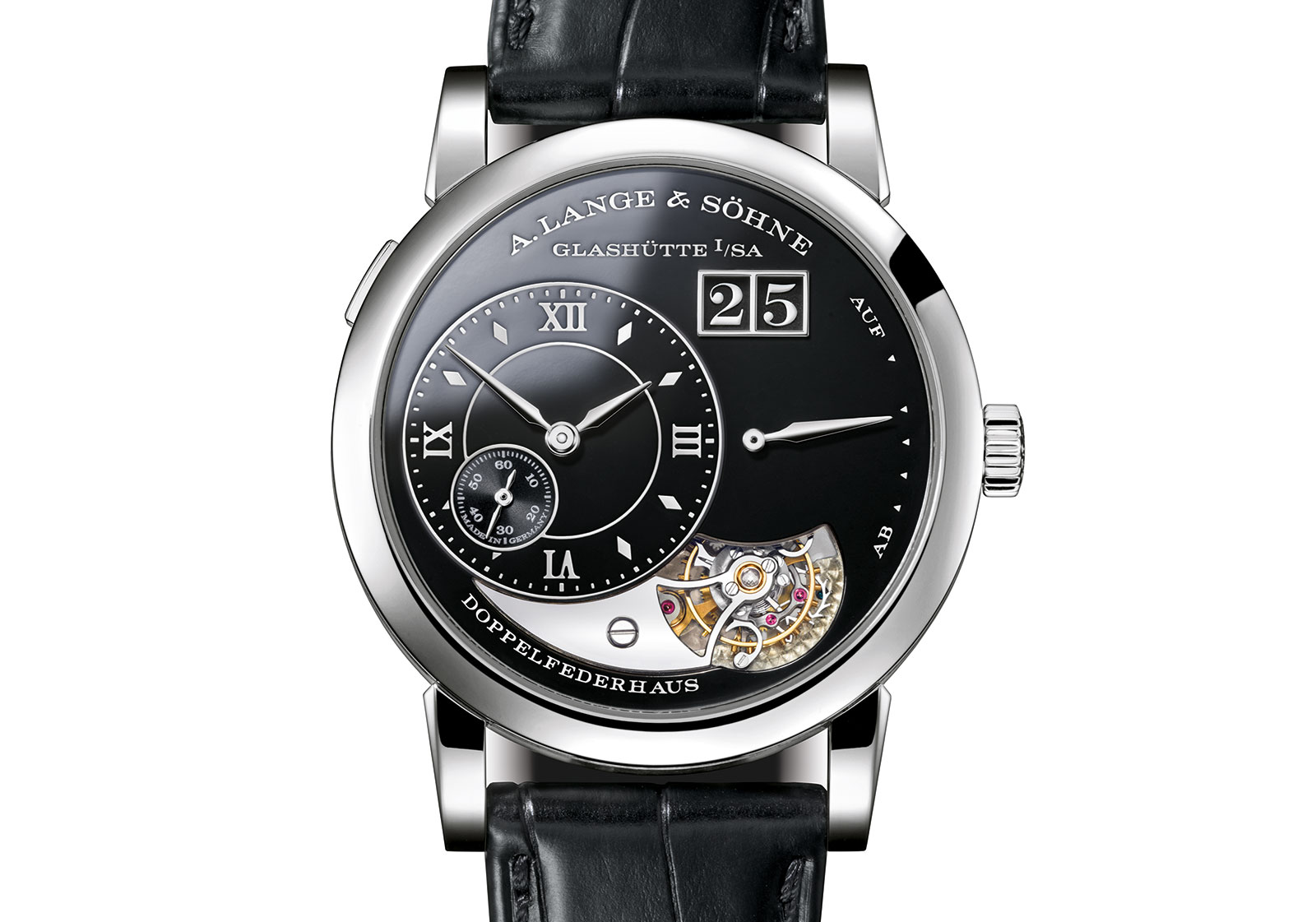 For the 20th anniversary of its signature Lange 1, A. Lange & Söhne unveils the limited edition Lange 1 Tourbillon Handwerkskunst, featuring a platinum case with a black champlevé enamel dial and hack seconds tourbillon.

20 years ago A. Lange & Söhne presented its first collection of four watches, including the timepiece that would become its most recognisable, the Lange 1. That put the resurrected brand name of A. Lange & Söhne back on the horological map, establishing it as the flag bearer of high-end German watchmaking. To commemorate that 20th anniversary, Lange has gone back to its archives and brought back a timepiece from its recent past in the form of the Lange 1 Tourbillon Handwerkskunst.

Like the other timepieces in the Handwerkskunst (it translates as “craftsmanship”) series, this features a hand-made dial. But unlike the earlier models which had relief engraved dials, the Lange 1 Tourbillon Handwerkskunst has a dial in black enamel – a first for Lange. The dial is a disc of white gold engraved with the markings and indices, before being covered in black enamel and fired in an oven, a technique known as champlevé. Unlike white enamel, black enamel is uncommon, due to the difficulty in getting a consistent tone across multiple specimens. The black enamel dial is combined with a recessed seconds sub-dial made of solid silver, and a black polished cock for the tourbillon. Mechanically this is similar, but not identical to the earlier generations of the Lange 1 Tourbillon. The movement is the calibre L.961.3, manually wound with a three day power reserve. What makes it different from the earlier Lange 1 Tourbillon is the addition of a hack seconds feature – when the crown is pulled out the seconds hand as well as tourbillon cage both stop for more accurate time setting. The three-quarter plate is decorated with a sunday finish, with the cocks for the tourbillon and intermediate wheel engraved with a floral motif. A similar engraving decorates the plate that covers the crown wheel.

Size-wise this is identical to the original Lange 1 Tourbillon, with a case diameter of 38.5 mm. Limited to 20 pieces, the Lange 1 Tourbillon Handwerkskunst is priced at  €145,000 without taxes and available at Lange boutiques.