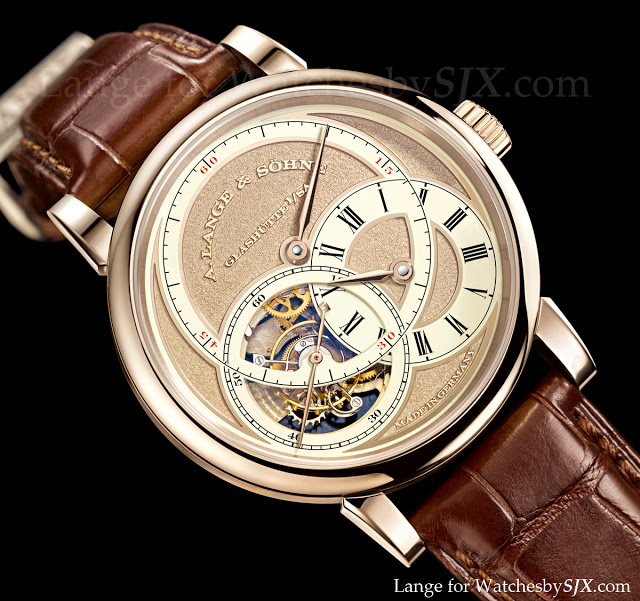 “Handwerkskunst” means craftsmanship, consequently this limited edition has several features that represent artisan skill.  The dial, made of solid honey gold, is decorated with tremblage, a grained finish. This is applied by hand with a burin that digs into the metal from different directions. ﻿ While my initial reaction of the idea of a limited edition variant on a newly launched complication is not positive, I see it as gimmicky, I do like the look and finishing on this watch a lot. It has a lot more character than the first edition which is fairly plain. For comparison here are some shots of the Richard Lange Tourbillon taken at SIHH 2011. I definitely look forward to seeing the Handwerkskunst in the metal. – SJX