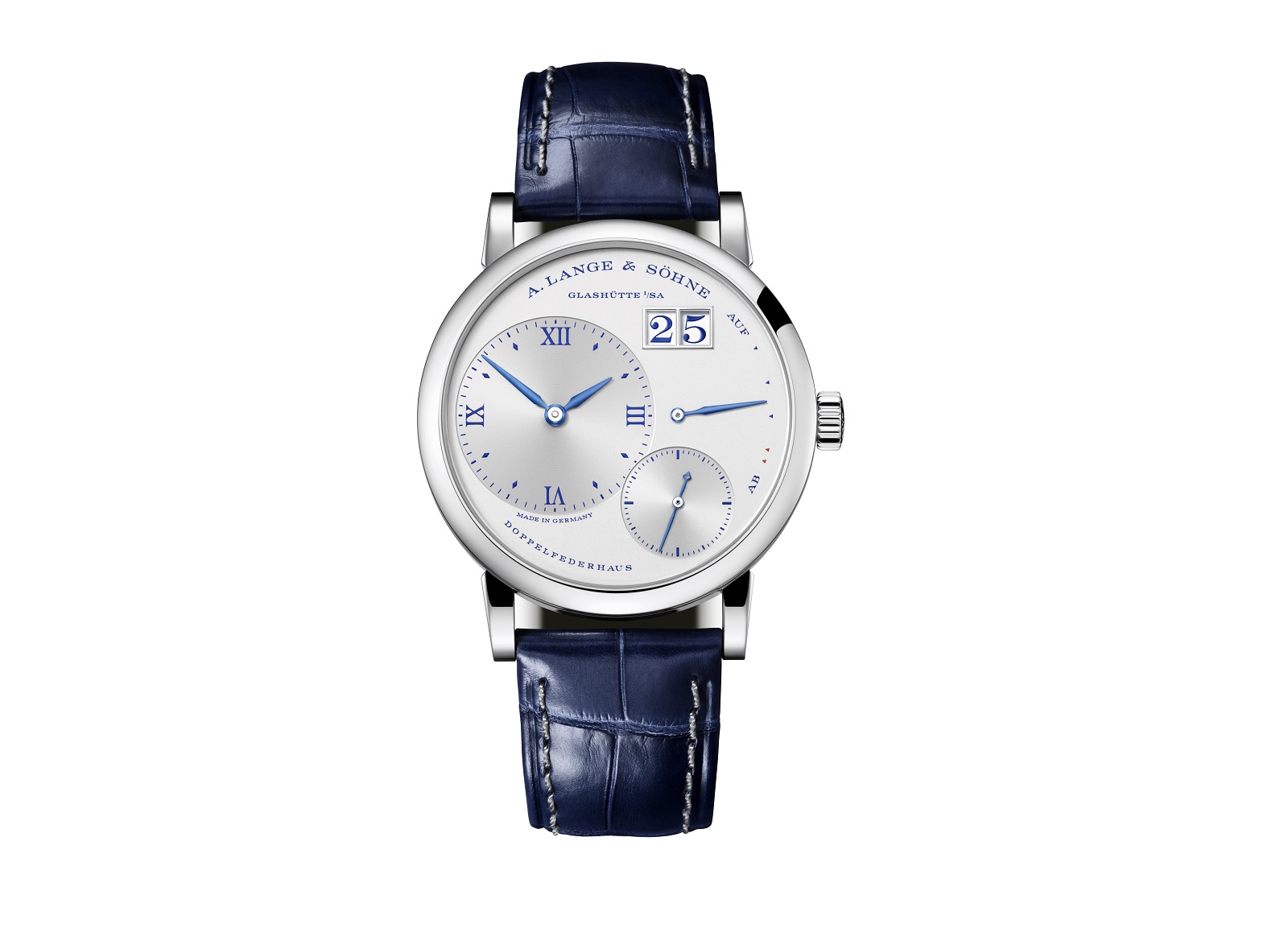 Since SIHH 2019 in January, A. Lange & Söhne has unveiled one limited edition Lange 1 each month to mark the Lange 1’s 25th anniversary. It started with the Lange 1 “25th Anniversary”, then the Grand Lange 1 Moon Phase “25th Anniversary” a month later, and now the Little Lange 1.

While largely overshadowed by its bigger brother, the Little Lange 1 has been present almost since the beginning of the brand, making it well suited for a commemorative watch.

It was introduced in 1998, four years after the Lange 1, at the request of retailers in Asia who wanted a smaller version of Lange’s signature watch. The Little Lange 1 just 36.8mm, the watch is 1.7mm smaller than the full sized, 38.5mm Lange 1.

Though conceived as a men’s watch, Lange has since dedicated the series to women, more or less, offering the timepiece in brighter colours. Last year, for instance, Lange unveiled three versions with guilloche dials in grey, brown, and purple. 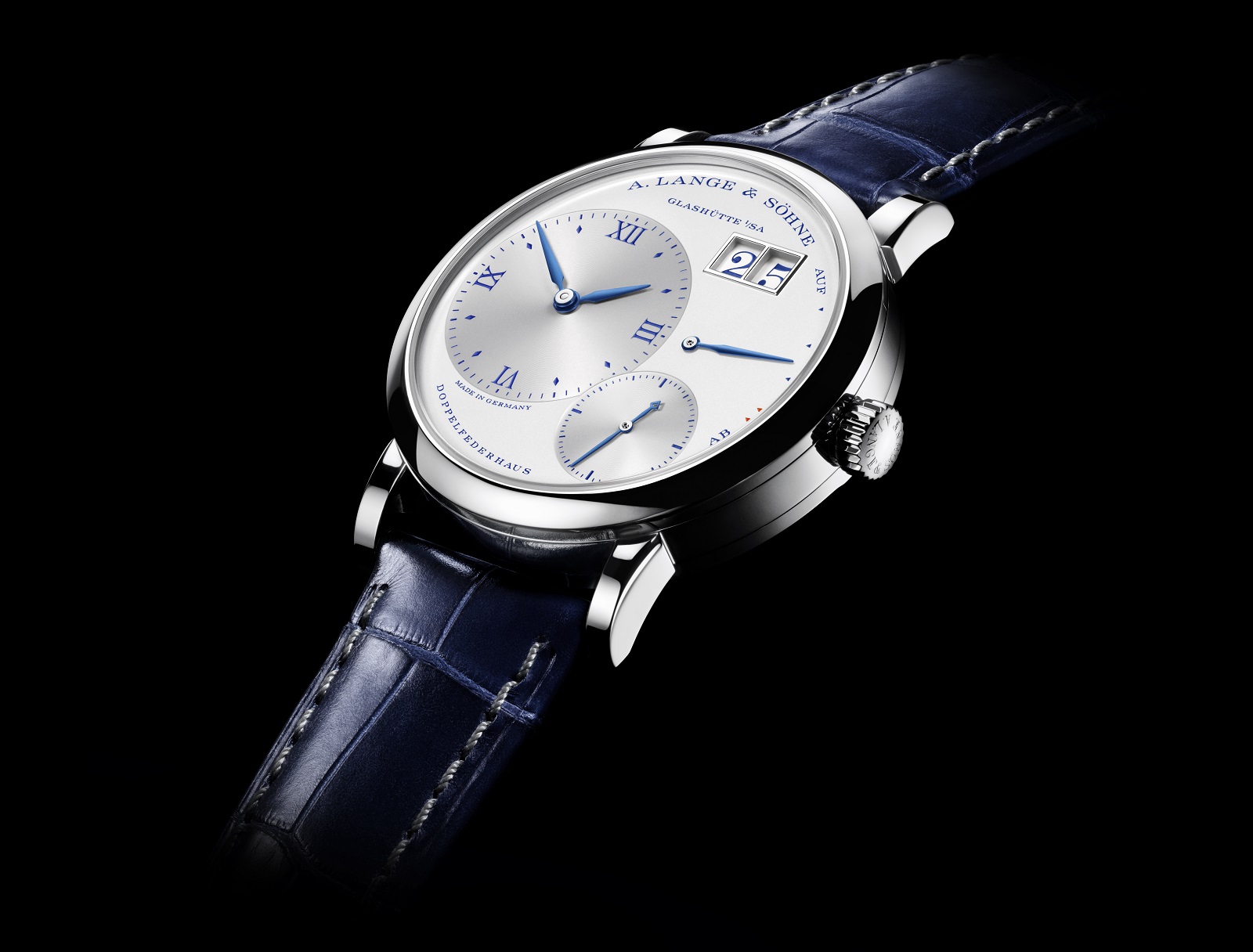 The Little Lange 1 “25 Anniversary”, however, is a more subdued affair, dressed in the same colours as the other anniversary models. That means a silver dial and printed blue numerals.

In this guise, the anniversary Little Lange 1 resembles the originals of 1998, and more like the smaller version of a men’s watch. 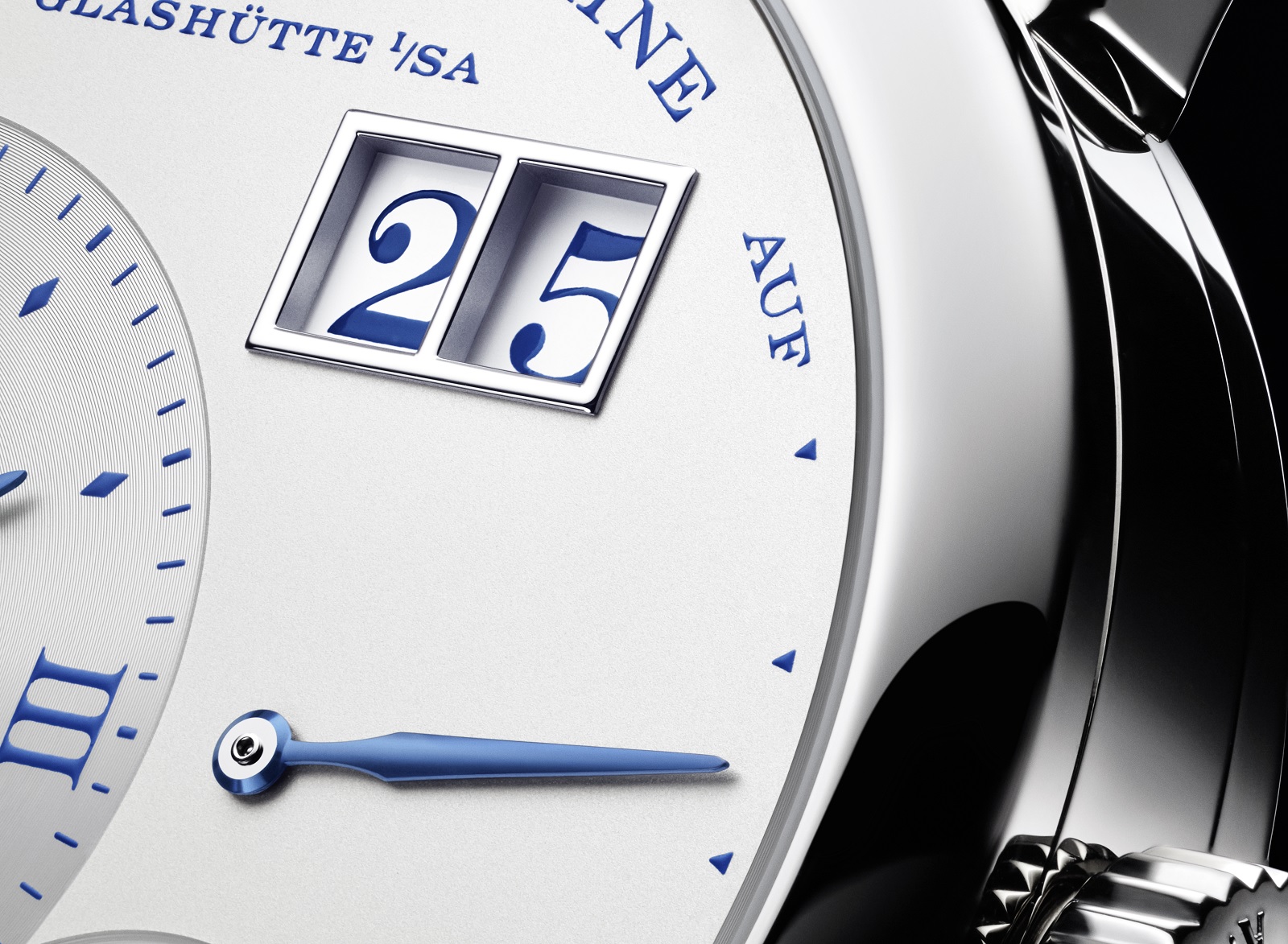 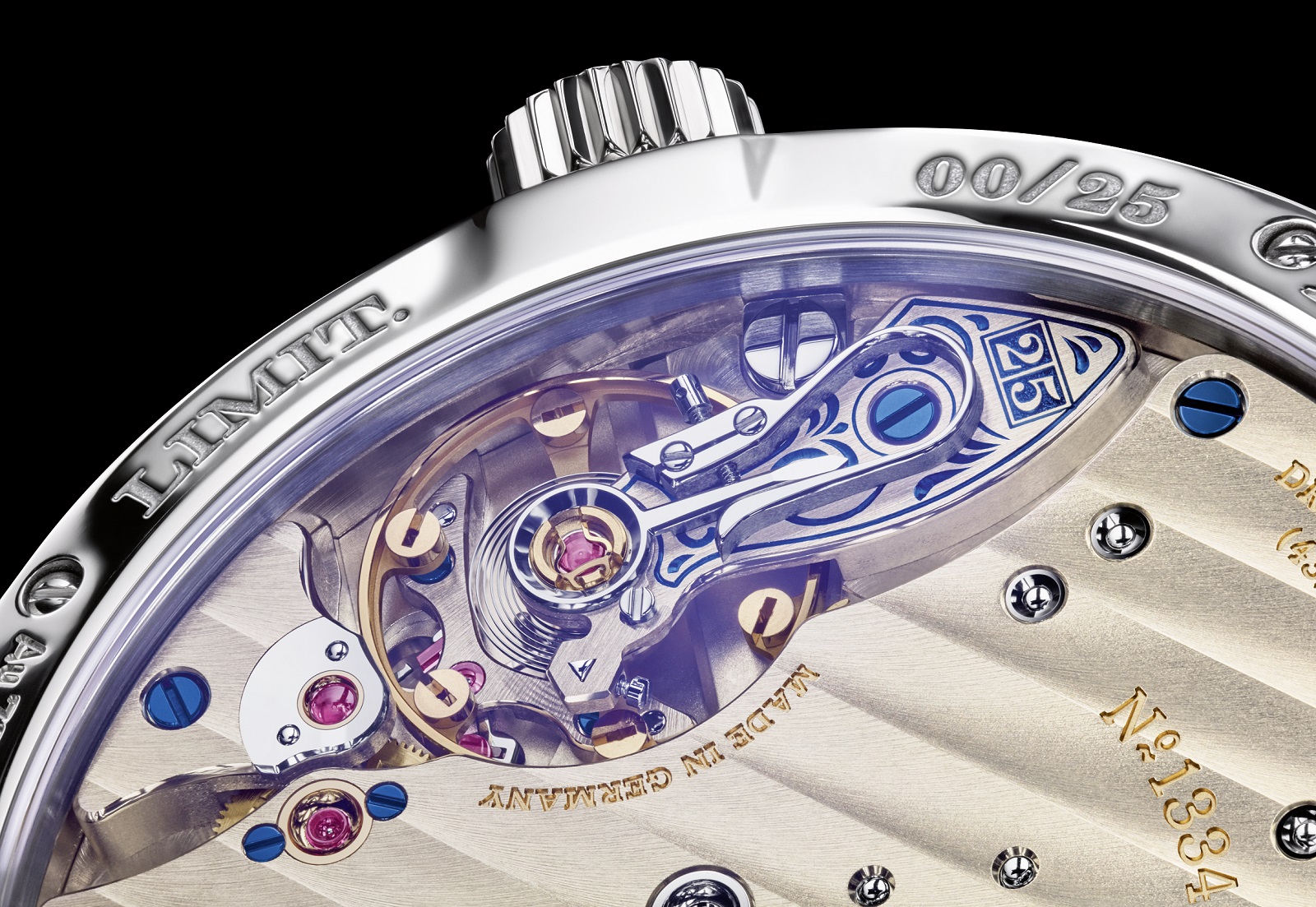 The Little Lange 1 “25th Anniversary” is fitted with the manually wound L121.1 movement launched in 2015 as the second generation Lange 1 calibre. The movement features an instantaneous jumping date display and a power reserve of 72 hours, courtesy of the twin mainsprings.

Like the other anniversary watches, the engraving on the balance cock is filled with dark blue lacquer, and also includes a “25” that replicates Lange’s oversized date display. 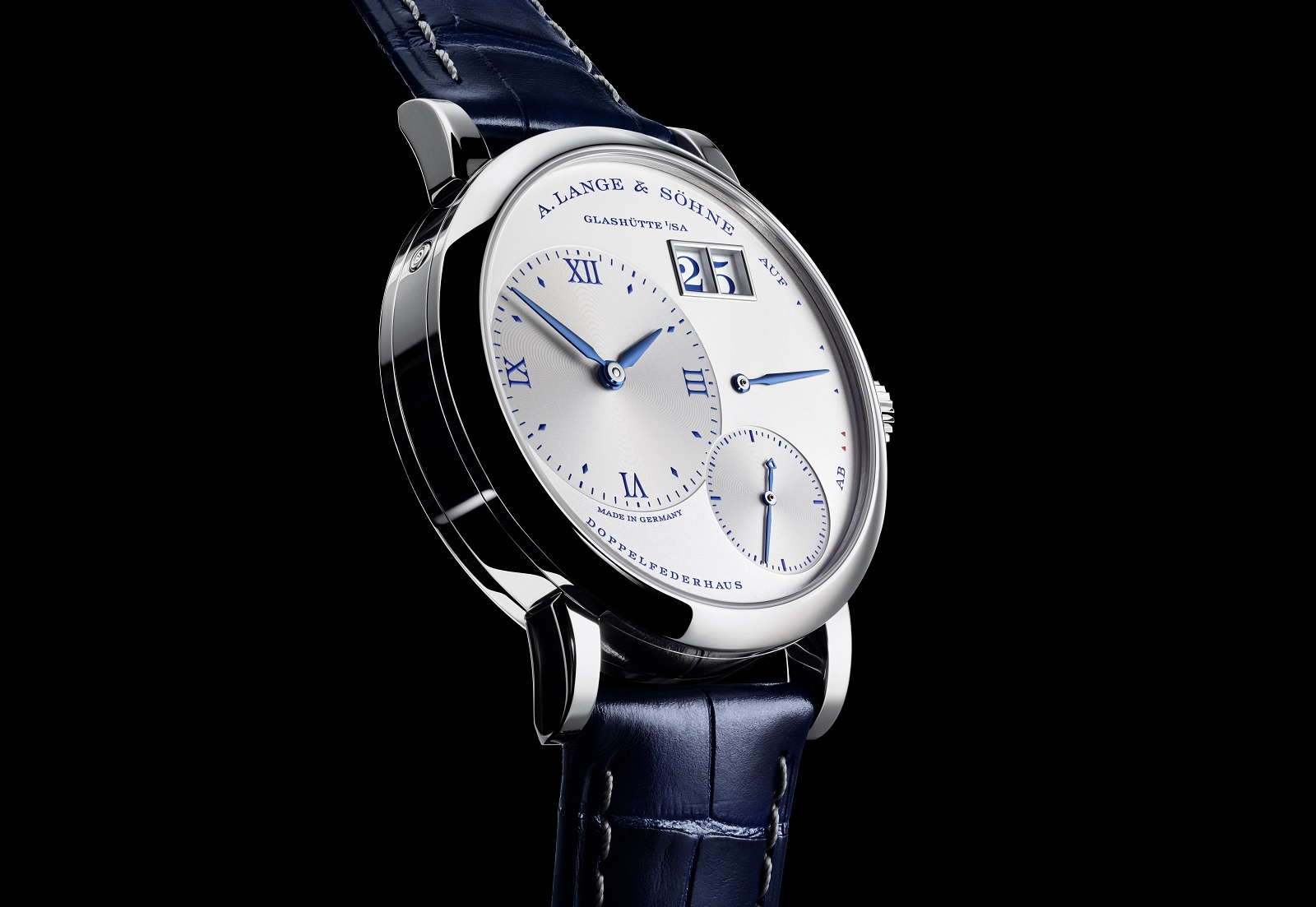 With ten 25th anniversary editions planned – one a month from January to October, when the actual anniversary date occurs – there are another seven more limited editions to go, each announced on the 25th of the month. All 10 anniversary watches will be sold as a set – only 25 sets will be made – but each watch has its own retail price, making it possible for a retailer to split a set.