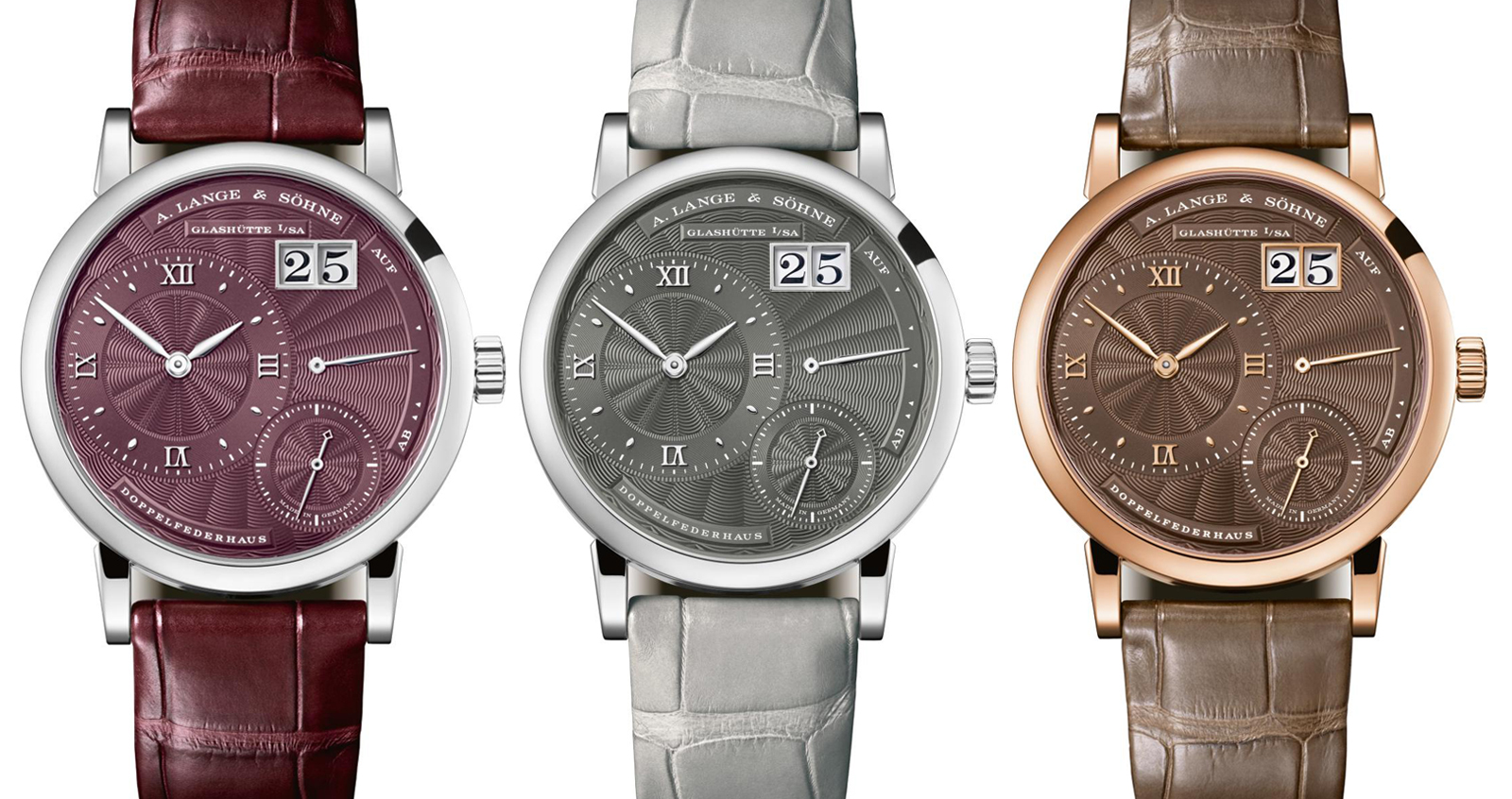 Originally a men’s watch, the Little Lange 1 has been around since 1997, when an Asian retailer requested a smaller case than the standard 38.5mm. Now the 36mm model is the ladies version of A. Lange & Söhne‘s star timepiece.

The Little Lange 1 nonetheless stuck mostly to the brand’s Teutonic colour codes in silver, black or blue, while relying on traditionally feminine design elements like mother-of-pearl dials and diamond bezels.

Now at SIHH 2018, Lange has unveiled a trio of Little Lange 1s in stunningly unusual autumnal colours and engine turning, which is typically only found on limited edition watches.

A purple guilloché dial paired with a white gold case is perhaps the boldest of the lot, which stands to reason why it is a 100-piece limited edition, available only at Lange boutiques.

Part of the core collection are the grey guilloché dial with a white-gold case and the striking brown dial paired with a pink gold case. And as with the Little Lange 1 Moon Phase introduced last year, the dials are made of solid gold.

The Little Lange 1 is now slightly larger, 36.8mm in diameter instead of 36.1mm, while the case is slimmer at 9.5mm high. The new dimensions are explained by the second generation Lange 1 movement found inside.

The L121.1, the same movement in the revamped men’s Lange 1, is slightly wider and thinner than the calibre in the original Lange 1. It also boasts several technical upgrades, namely a free-sprung hairspring and an in-house, adjustable mass balance, as well as an instantaneous date and a seconds hand that stops at zero when the power reserve hits zero.