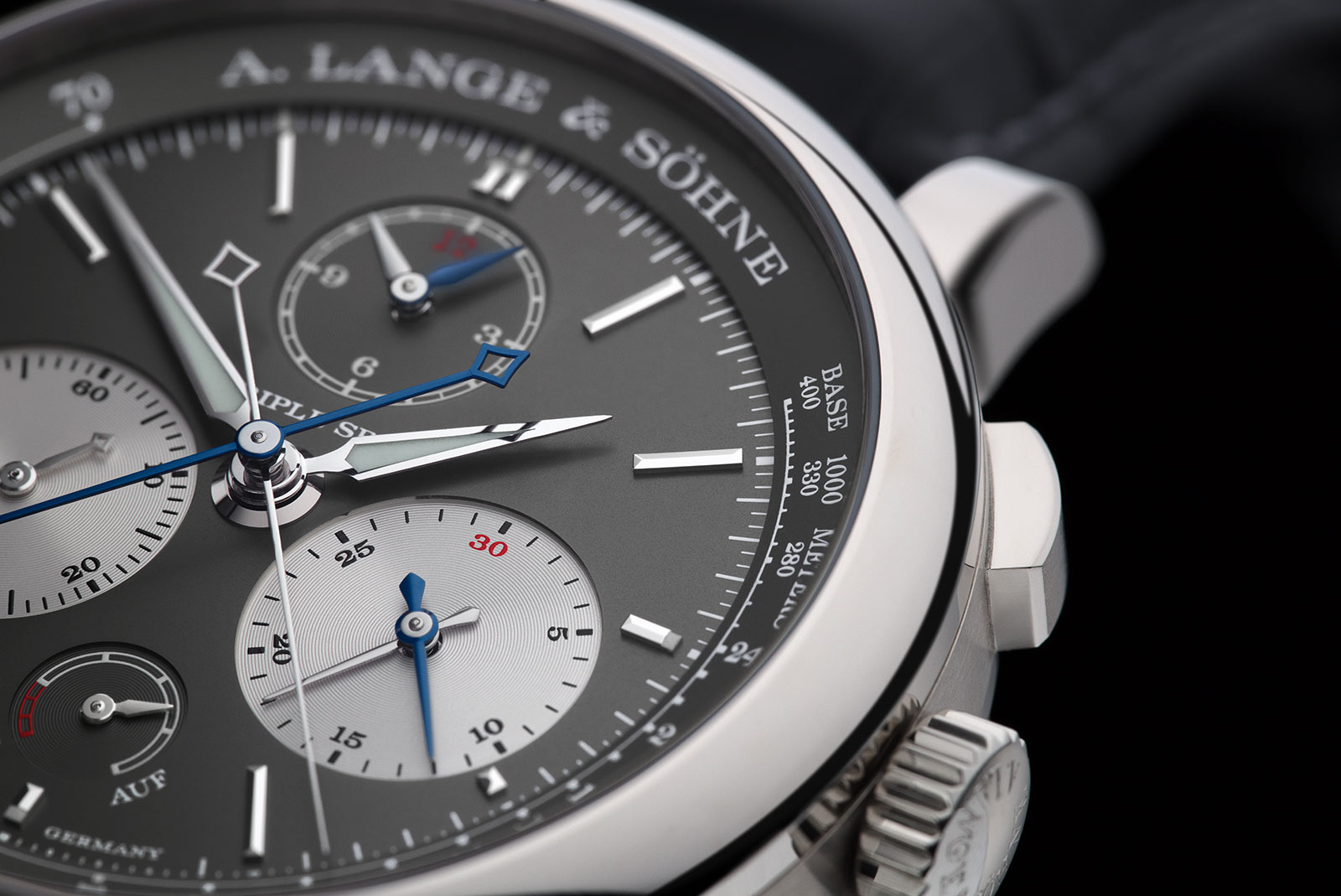 In 2013 Mercedes-Benz unveiled the G63 AMG 6X6, a preposterously unnecessary yet incredibly impressive SUV. The same might be said of the A. Lange & Söhne Triple Split chronograph, just launched at at SIHH 2018.

The German watchmaker is rightly the maker of the most impressive chronograph movements in modern watchmaking, exemplified by the Datograph, Double Split, and now, the Triple Split.

When the Double Split was launched at SIHH 2004, it was the first chronograph on the market with split seconds and split minutes. That meant the Double Split can record simultaneously elapsed times of up to 30 minutes, far surpassing the one minute of ordinary rattrapante chronographs. The Triple Split, on the other hand, is self explanatory: it boasts split seconds, split minutes and splits hours – up to 12 of them. Split seconds are indicated by a pair of central hands, while the counter at four o’clock counts up to 30 minutes. Split hours resides at 12 o’clock, replacing the power reserve display that is found on the Double Split (a steel version of which is the most expensive contemporary Lange watch sold at auction). Here the power reserve is now at six o’clock, which gives the dial a modest balance between its top and bottom halves. The Triple Split also has a flyback function, meaning the chronograph can be instantaneously reset and restarted with just one button. And more importantly, the split-seconds has an isolator mechanism that cuts down on “rattrapante drag”, essentially friction generated by the operation of the split-seconds. Drag saps energy from the oscillator, causing the amplitude of the balance wheel to diminish when the split-seconds is running; the isolator fixes that problem.

In an ordinary split-seconds movement, one of the biggest challenges in movement assembly is the proper alignment of the arbors for the twin seconds hands, essentially two narrow but lengthy metal tubes, one inside the other. Because the arbors are narrow, almost a hair’s width, but disproportionately long, ensuring they are perfectly parallel is a remarkably delicate process. In the Double Split it’s almost twice the work, since it has a pair of arbors each for the seconds and minutes. And now in the Triple Split it’s one extra set of arbors for the hours. Despite the similarities in function, the cal. L132.1 is distinct from the L001.1 inside the Double Split, according to Lange. The Triple Split movement is hand-wound, with a 55-hour power reserve, compared to 38 hours in the Double Split and likely due to a superior (namely thinner, improved alloy) mainspring rather than a larger one.

The L132.1 is made up of 567 parts – it is impressively complicated – and is also equipped with Lange’s in-house adjustable mass balance that’s found on the brand’s upper-end watches. The Triple Split will be available at Lange boutiques and retailers starting September 2018.