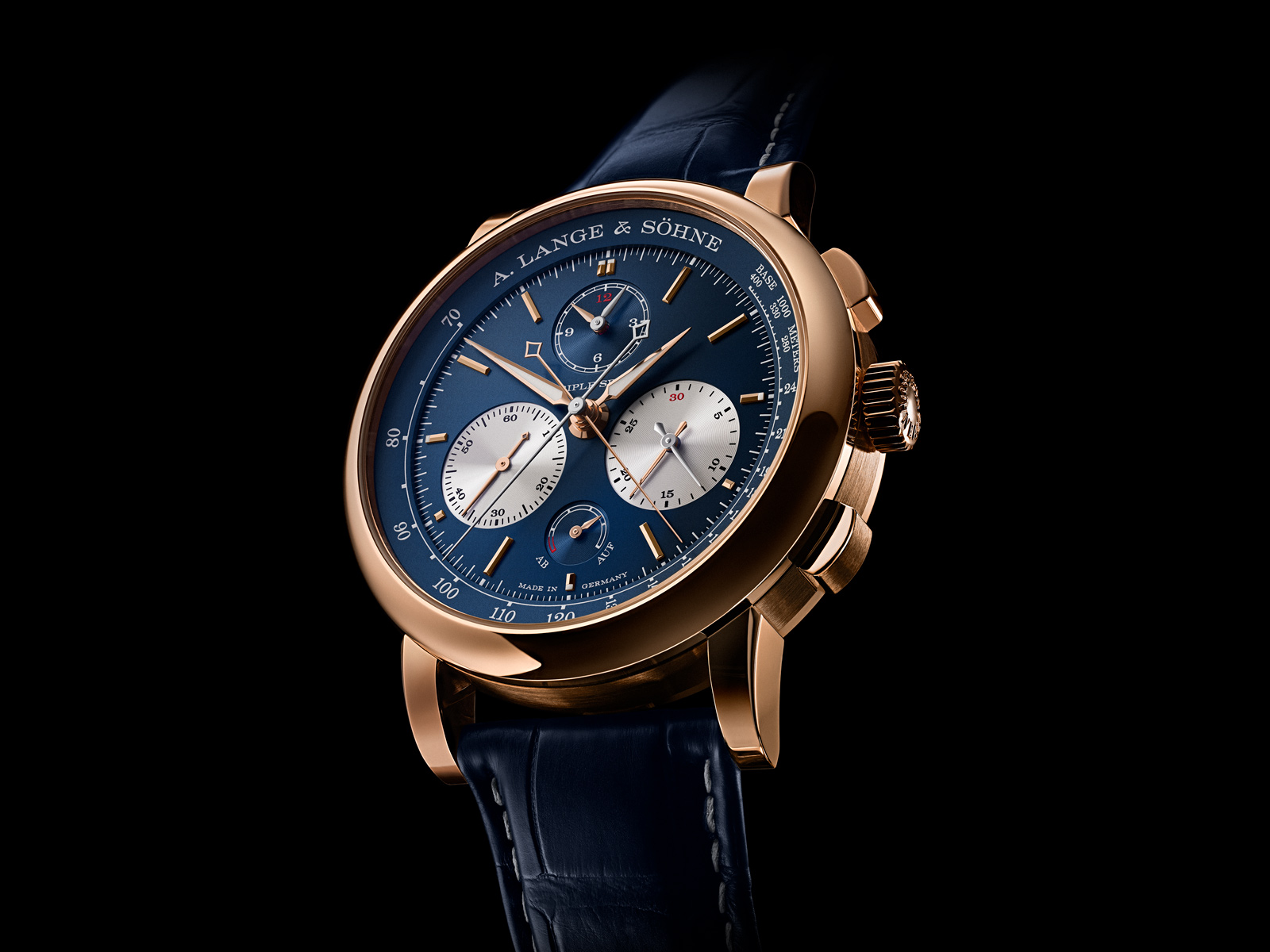 When A. Lange & Söhne first introduced the Triple Split in 2018, it was an incremental improvement over the Double Split but still a landmark, being the first watch capable of recording twin elapsed times of up to 12 hours. Lange remains the only watchmaker to offer a split-seconds chronograph of this magnitude.

And now at Watches & Wonders 2021 it is unveiling the Triple Split in a new guise of pink gold and a blue dial. 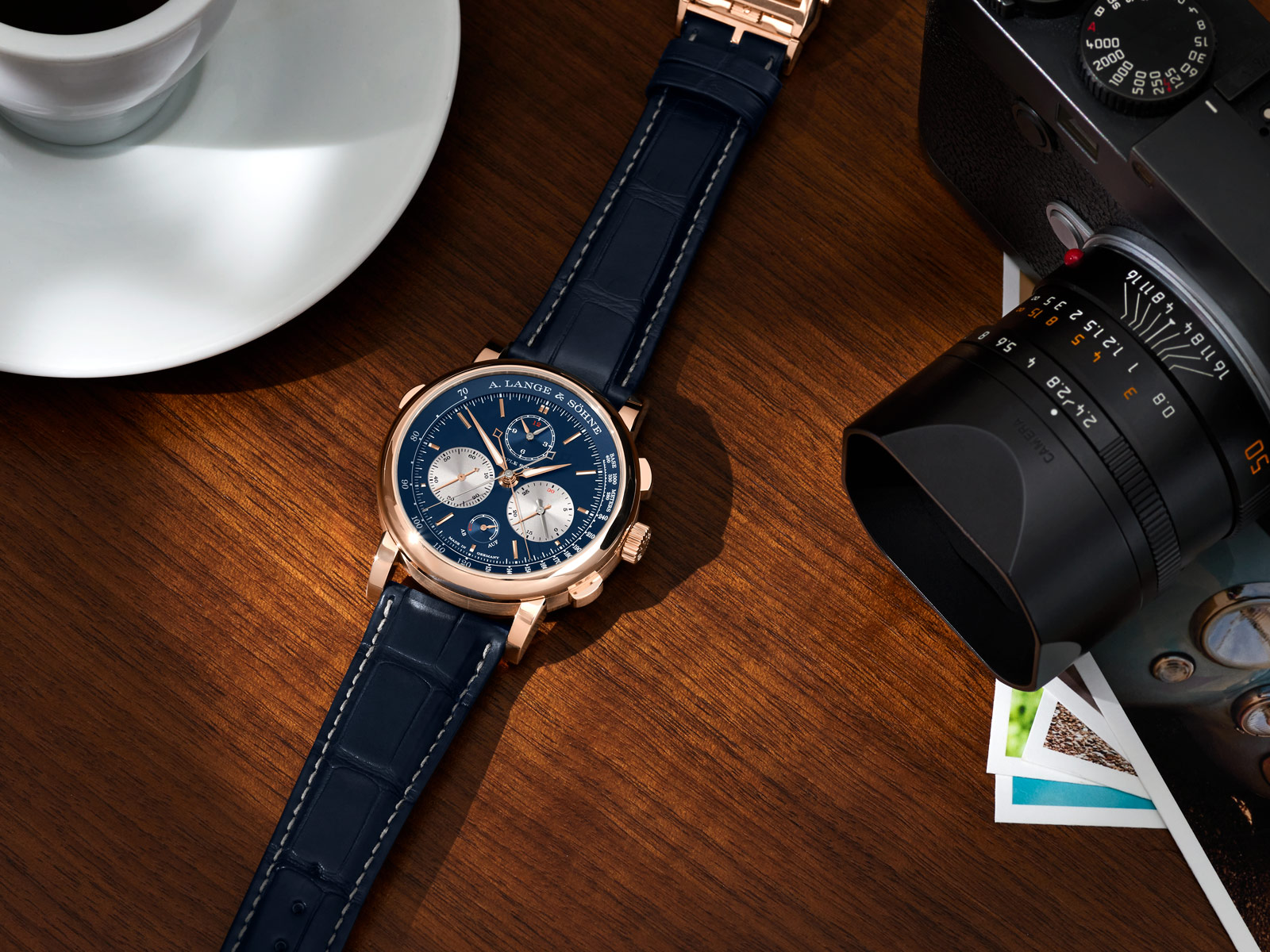 Interestingly, Watches & Wonders 2021 marks the first major watch fair where Lange has not introduced any new timepieces with either a silver or black dial. Instead, the new Lange models all feature bold dial colours that break away from tradition – and I’m all for it.

The new Triple Split is a merely facelift of the original, which had a dark grey dial and white gold case that gave it an austere characteristic of Lange. In contrast, the new model sheds its predecessor’s sternness with the rich combination of a blue dial and pink gold case, allowing it to come across as significantly more contemporary.

I really like the new look. It’s eminently striking, while also being intriguing as it’s an unusual colour combination for Lange, which typically makes its watches with either silver or black dials. I particularly like the rhodium-coloured sub-dials, that contrast distinctly against the blue dial. 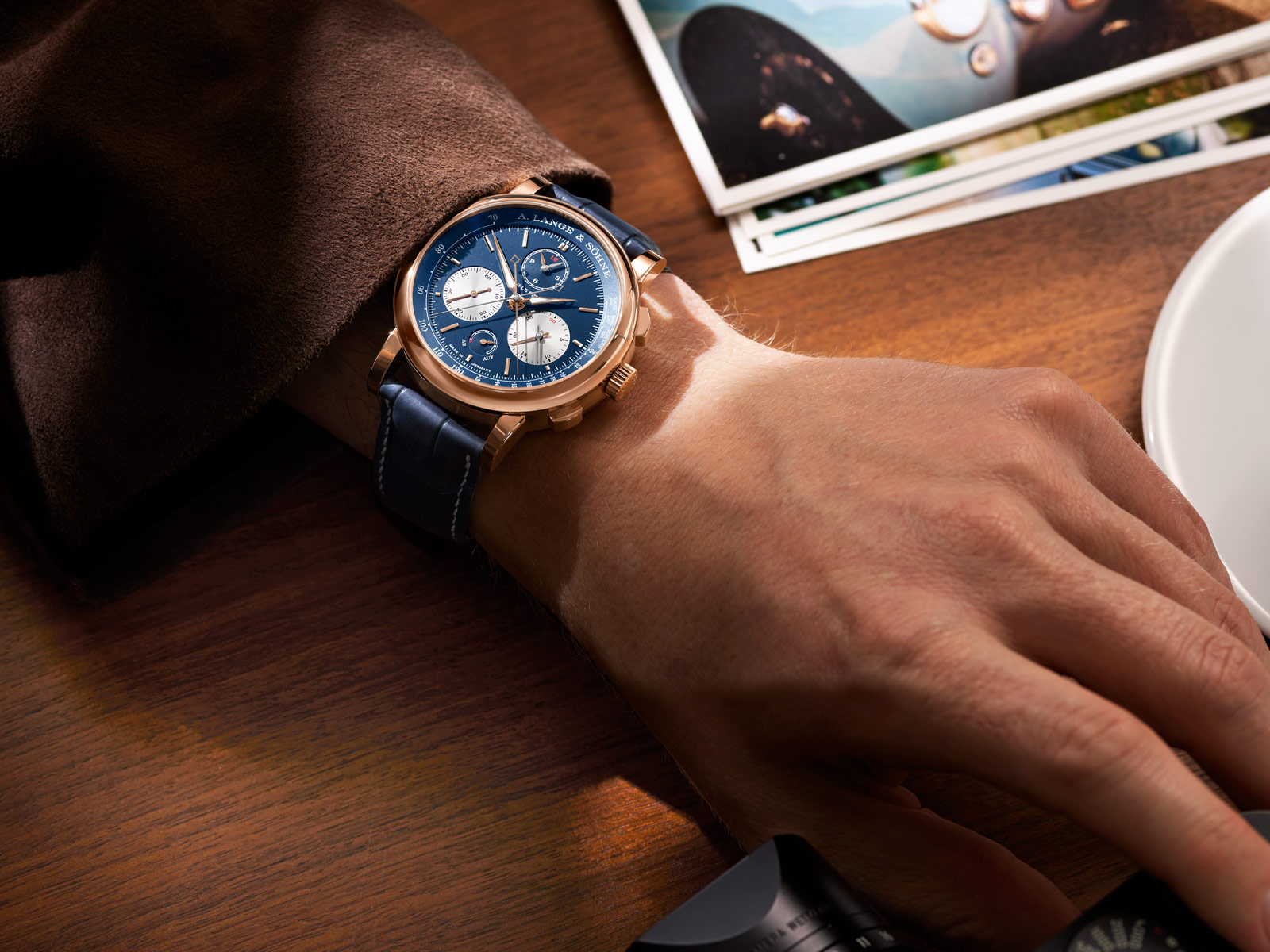 Regardless of colour, the Triple Split is a magnificently complicated watch, one of the most complicated that Lange produces. Arguably its only downside is the size, which is big enough to be unwieldy. But that’s a necessity given the towering movement.

At €159,400, the new Triple Split is roughly 15% costlier than its predecessor, but it’s a fair increase considering the better looks, as well as the voracious recent demand for Lange’s complicated watches. In fact, for what it is – the most technically advanced chronograph on the market – I would say it’s actually somewhat of a value proposition. And being a limited release of 100 pieces, the new Triple Split will likely sell out quickly as it possesses both style and substance.

As the Triple Split is capable of timing two concurrent periods, Lange uses a pair of colours for the chronograph hands – pink gold and silvery rhodium – for each of the respective elapsed times (of hours, minutes and seconds). The contrast between the two sets of hands is unmistakable, and in my opinion better than the white gold-blued steel pairing in the original Triple Split. 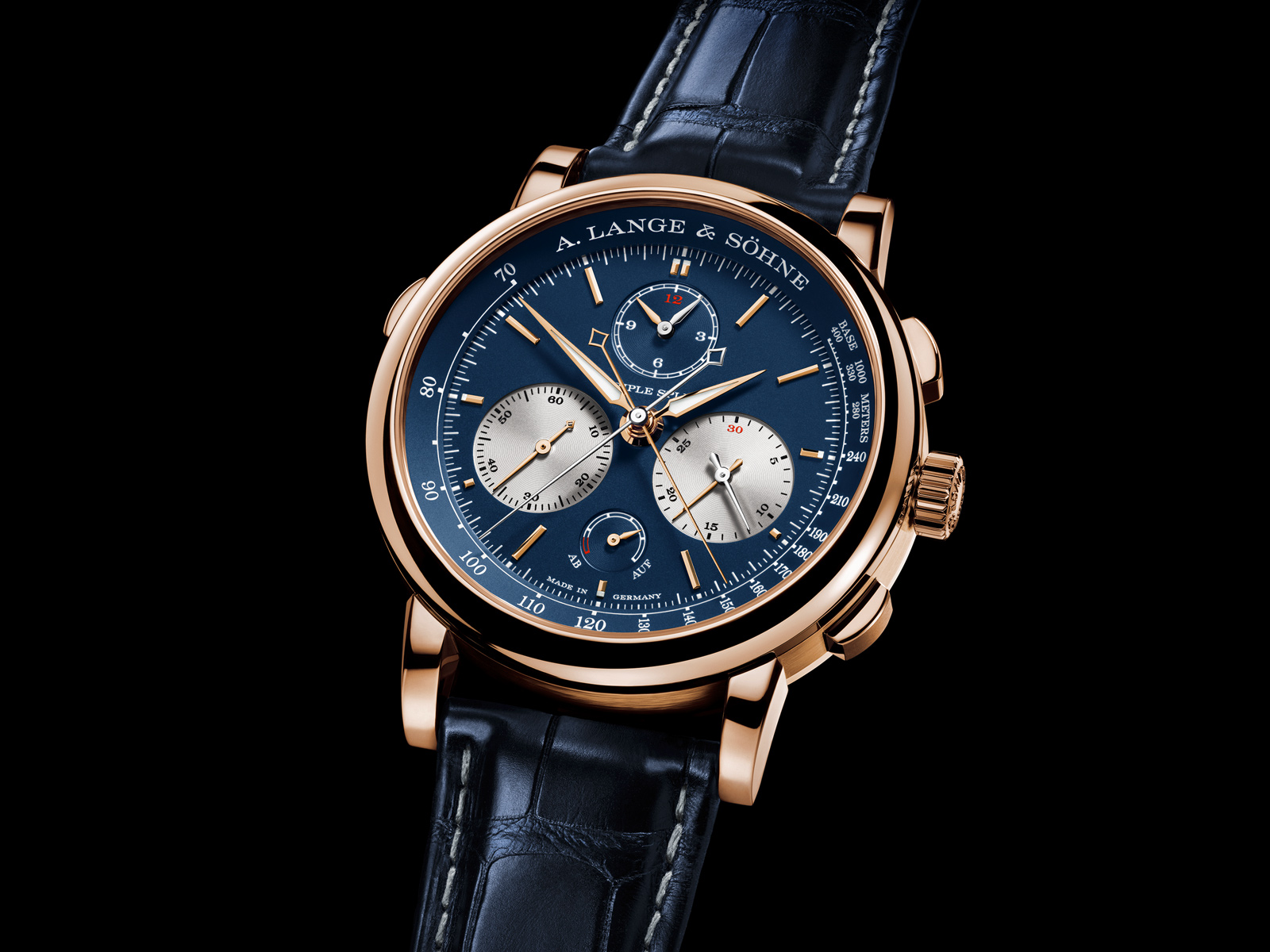 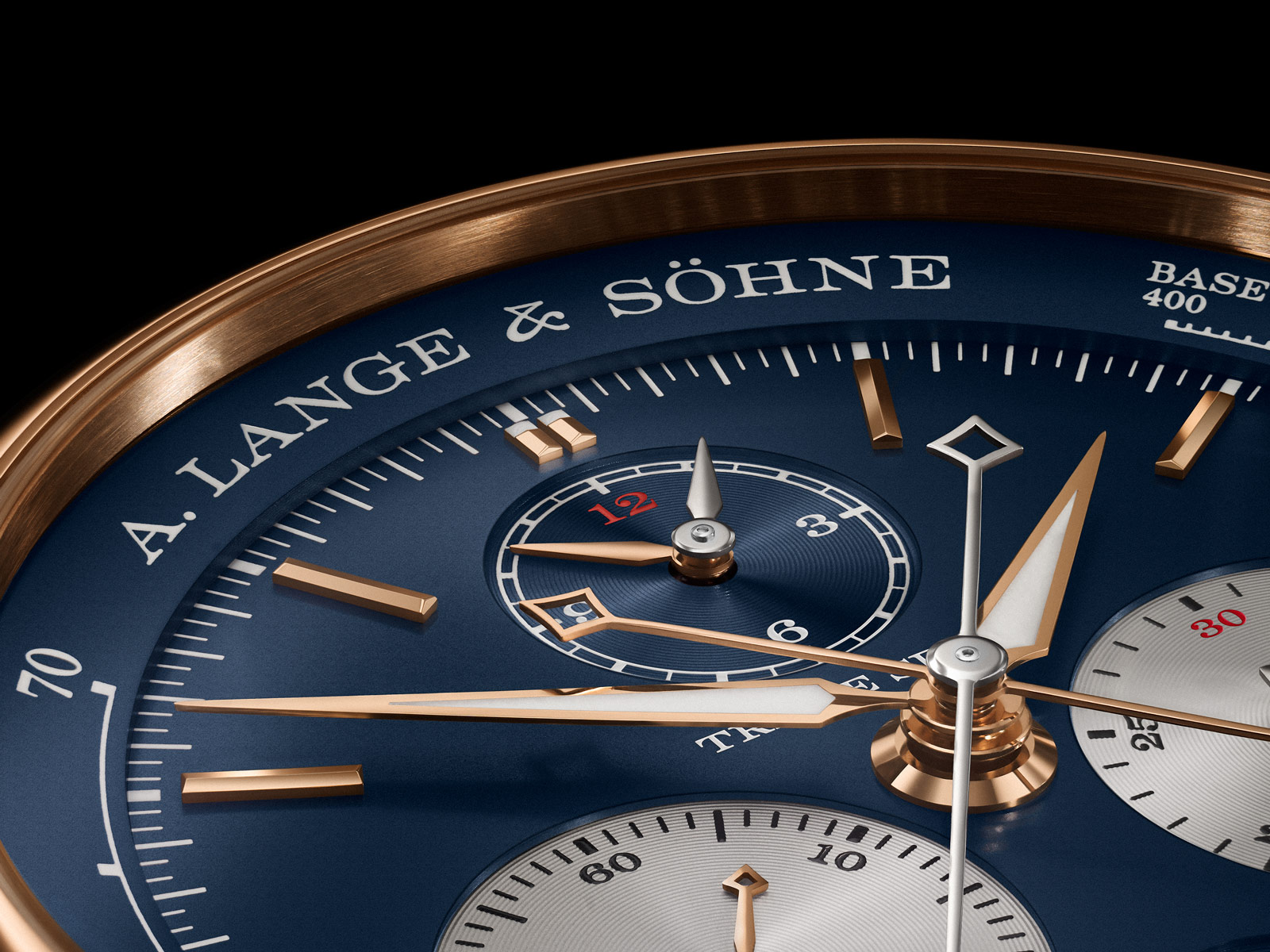 The L132.1 movement in the Triple Split is incredibly complex to manufacture – it’s essentially a chronograph that’s been maxed out in terms of complication.

Lange chief executive Wilhelm Schmid recently revealed in an interview with us that “quite a few of [Lange’s] watchmakers actually state that given the choice between building a tourbillon or a perpetual calendar or a Triple Split, they easily go for perpetual calendar and tourbillon because they are a lot easier to build”.  In other words, the Triple Split is one of the most complicated watches for a brand that is already known for making ultra-complicated watches. 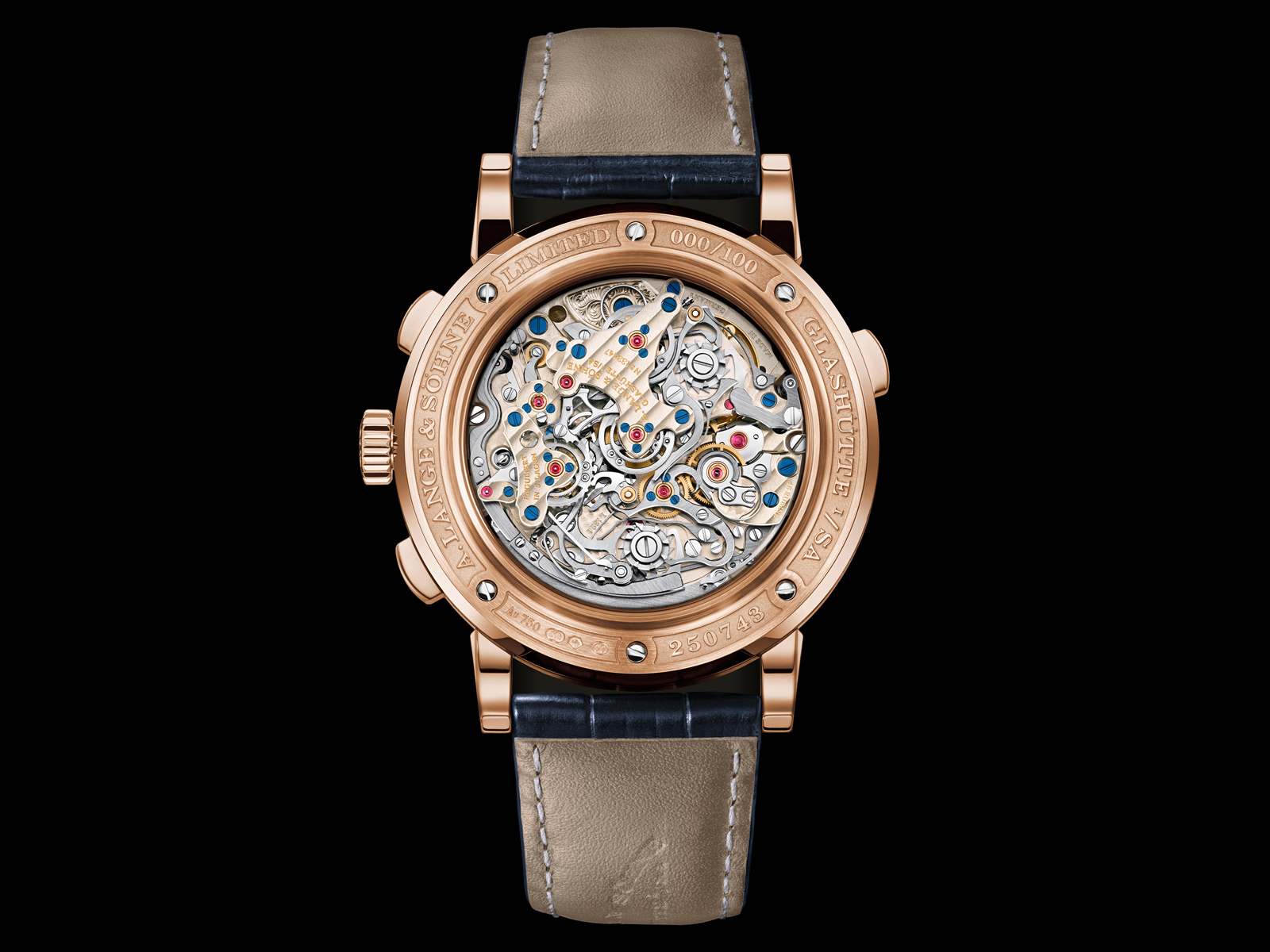 The L132.1 is comprised of 567 parts. Derived from the L001.1 of the Double Split, the L132.1 nonetheless features numerous improvements, having been substantially redesigned to accommodate the split hours mechanism. 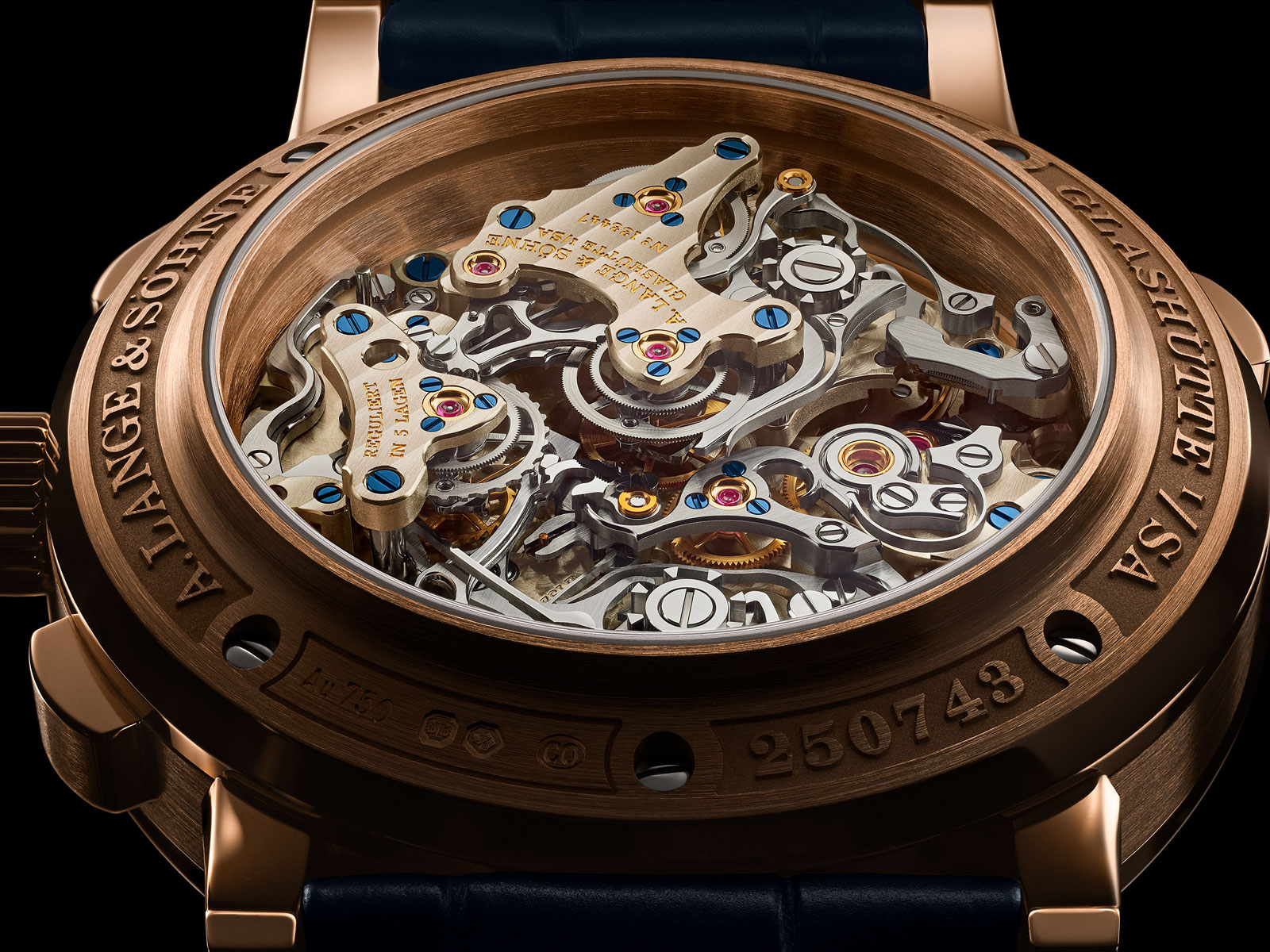 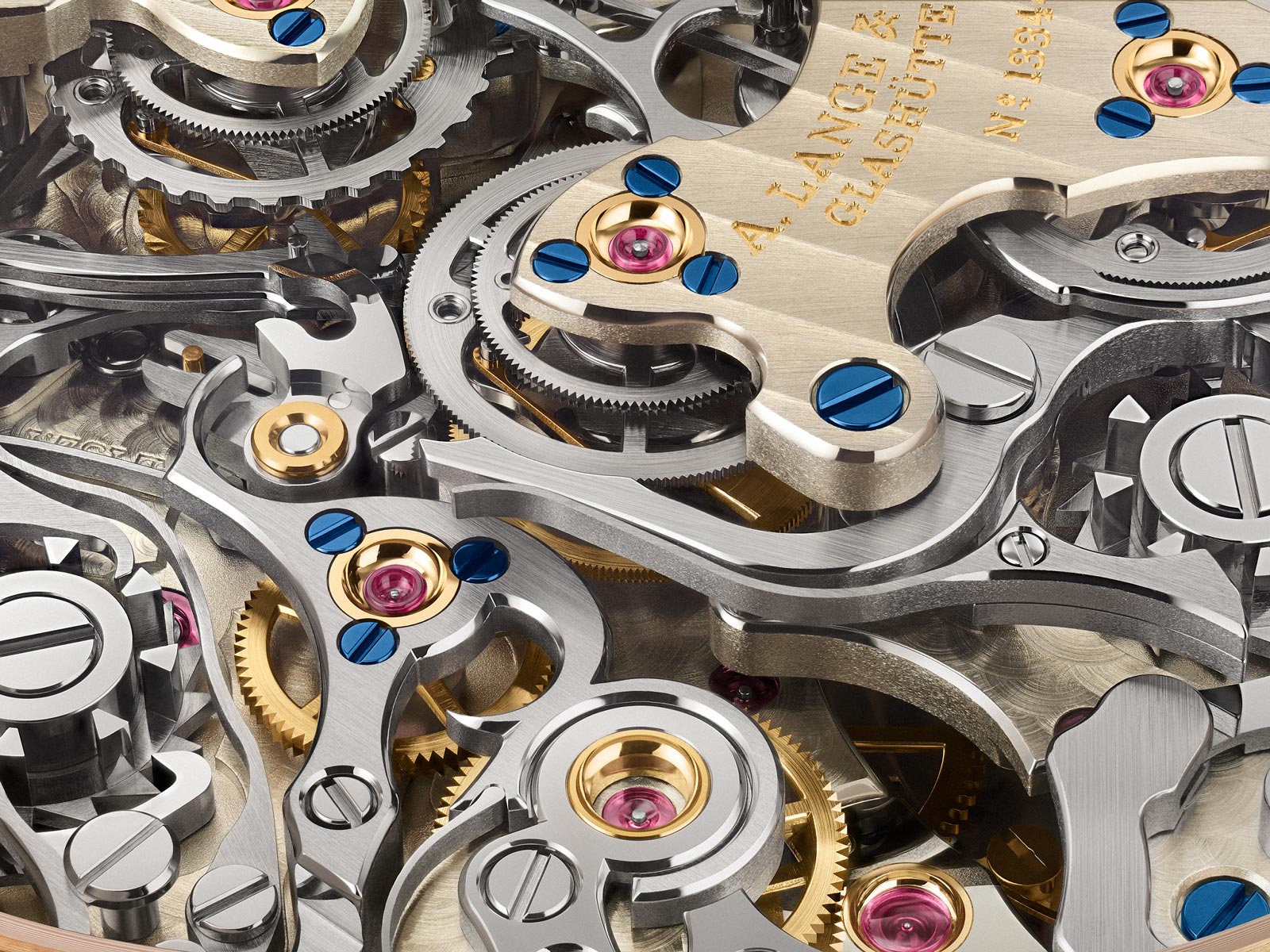 Like all Lange chronograph movements, the L132.1 is a sight to behold. The movement features gold chatons held in place by heat-blued screws, bridges adorned with Glashütte striping, a hand-engraved balance cock, perlage, and mirror-polished, bevelled edges on almost all components. It’s a work of art.